October 2021– Kicking it off was the exclusive (Vespa) RED 946, the first Vespa model which, 5 years ago in 2016, marked the beginning of the partnership between Piaggio Group and (RED), the organisation founded in 2006 by Bono and Bobby Shriver that has since contributed to the Global Fund for the battle against Aids and, in the last two years, also been active in battling the Covid-19 pandemic. The assistance provided by the organisation and its partners has an impact on the lives of more than 220 million people all over the world. In fifteen years, $650 million have been transformed into treatments, medicine, training and support for the most disadvantaged people of 15 countries. 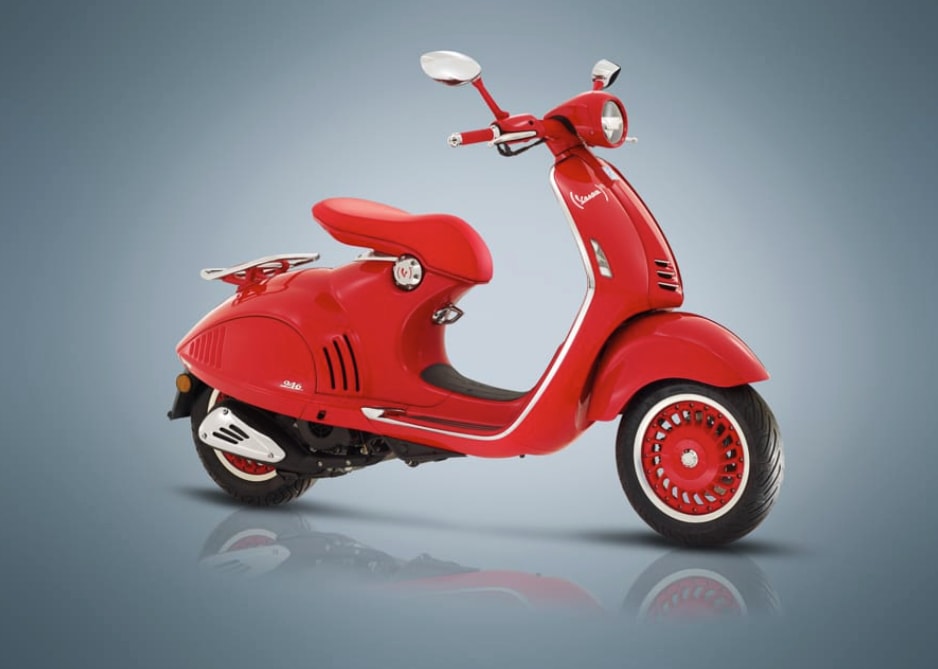 Wide Rewind, 2016: THE PIAGGIO GROUP AND (RED) TOGETHER IN THE BATTLE AGAINST AIDS.
wide.piaggiogroup.com/en/articles/corporate/the-piaggio-group-and-red-together-in-the-battle-against-aids 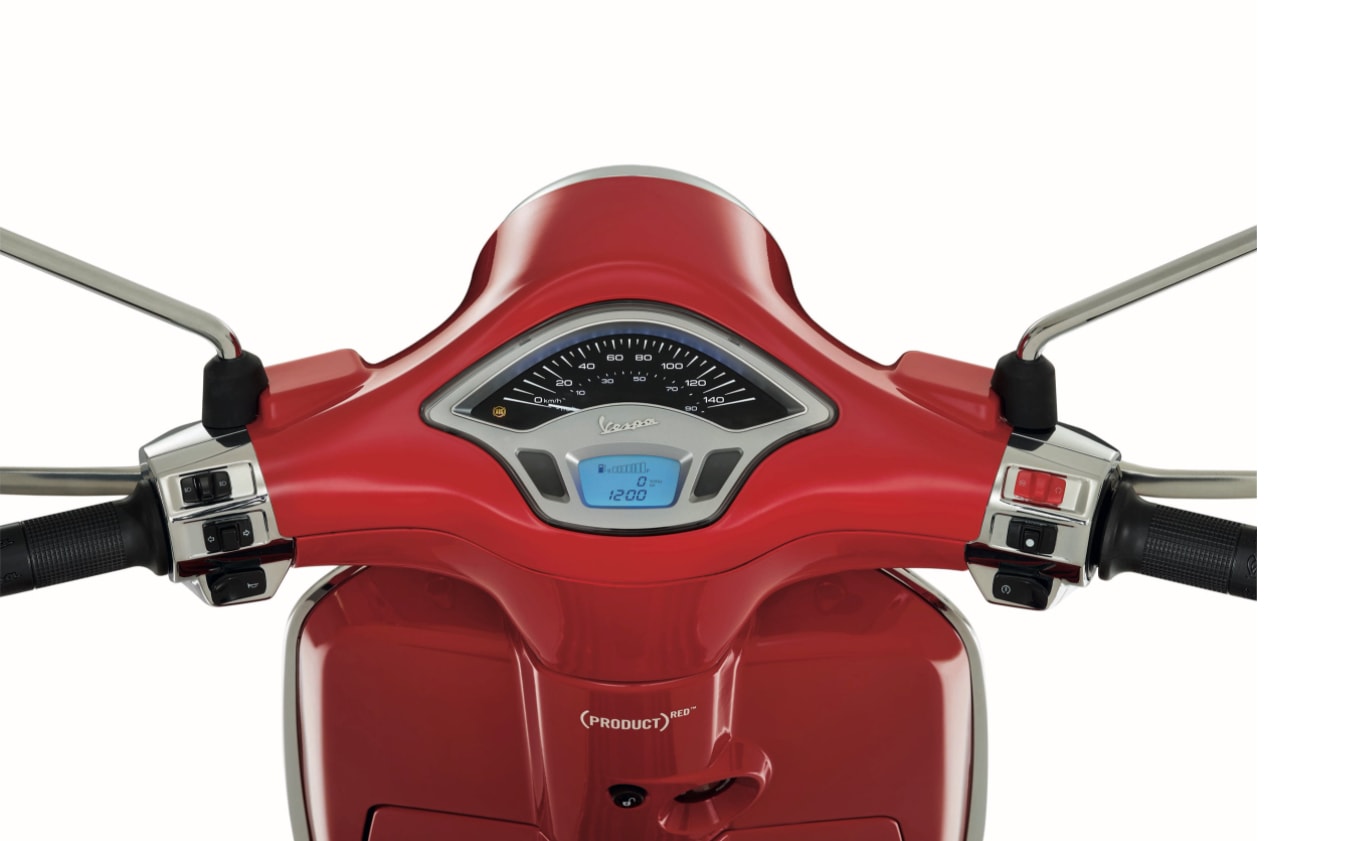 In 2020, the Vespa 946 was joined by the Vespa Primavera to continue the partnership. And so, as with the ‘patriarch’ 946, for every Vespa Primavera with (RED) livery sold, the Piaggio Group donates part of the proceeds to the Global Fund to support (RED) in the battle against the diseases that afflict millions of people around the world.

And there are also Vespa brand accessories for (RED). Here are all the products:
www.red.org/products/vespa 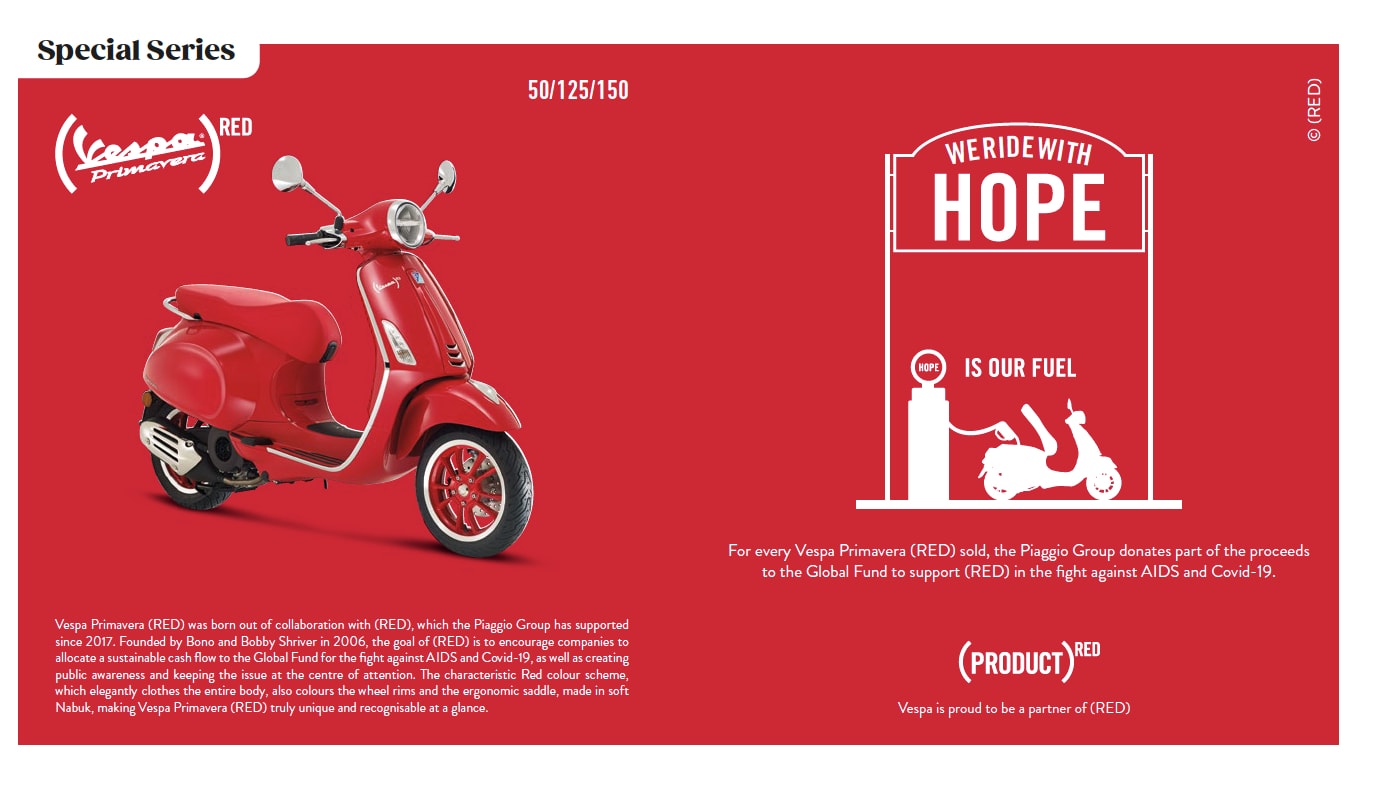 And for the last two years, the (RED) PRODUCTS also include another Piaggio Group products: gita, the robot conceived and built by American subsidiary Piaggio Fast Forward, also available in the unmistakeable red (RED) livery. 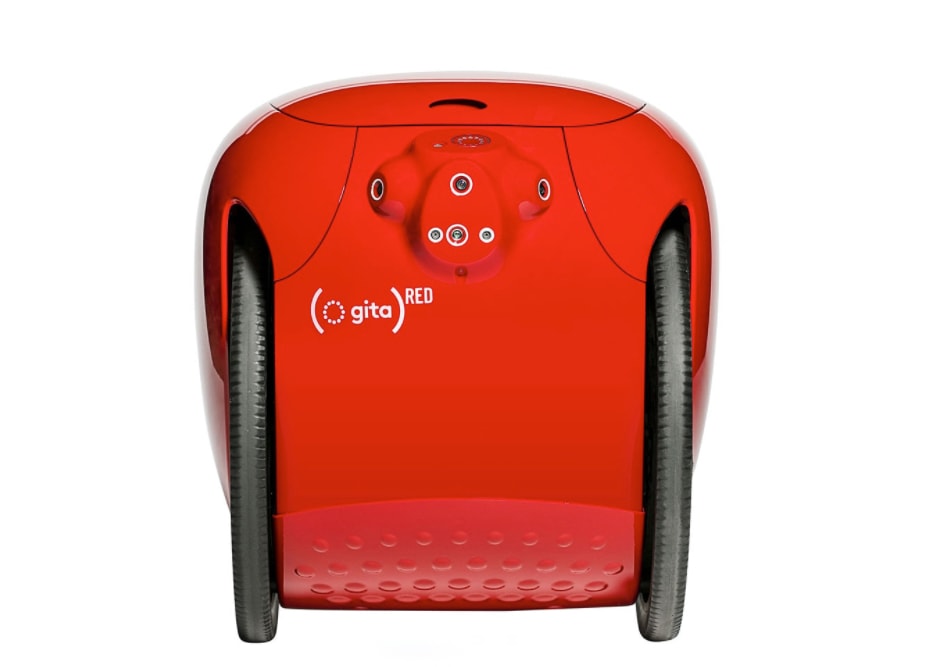 The Aprilia Racing team that participates in World Championship GP Motorcycle Racing is also involved in supporting (RED). In fact, it is by now “tradition” that for the final race of the season is dominated by the red colour of (RED) to raise awareness with the public, inviting them to support the cause of (RED) in the name of solidarity without borders.

From the left, Aprilia Racing rider Aleix Espargaró in the team paddock (Portimão, 2020); discovering the gita robot in (RED) edition, and on the track astride the RS-GP in (RED) livery - Valencia 2019. 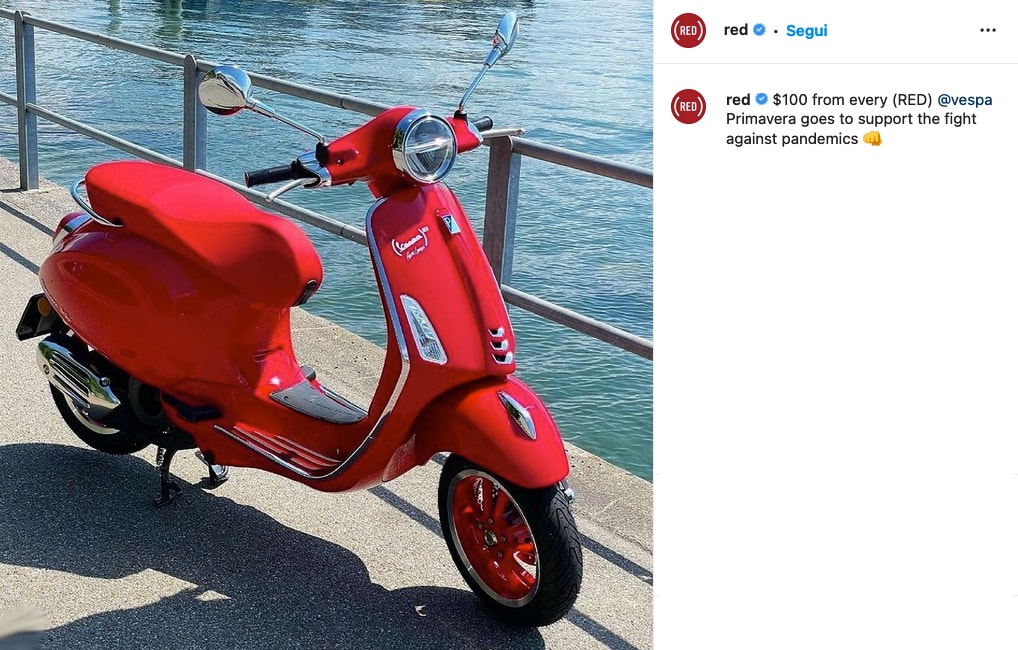