Rome, 15 March 2022 - These are some of the new bikes – Moto Guzzi V85 TT – that have joined the Rome Capital Local Police service fleet. On Tuesday, 15 March in Campidoglio square, the presentation of the new vehicles took place in the presence of the Mayor of Rome, Roberto Gualtieri, the Commandant of the Corps, Dr. Ugo Angeloni, Deputy Commandants of the Corps and directors of the Local Police Groups.

After the ceremony and the blessing of the vehicles by the Corps Chaplain, Father Massimo Cocci, officers from the GPIT motorcycle department (Translator’s note: Emergency Traffic Intervention Group) made the maiden ride through the streets of the Capital. 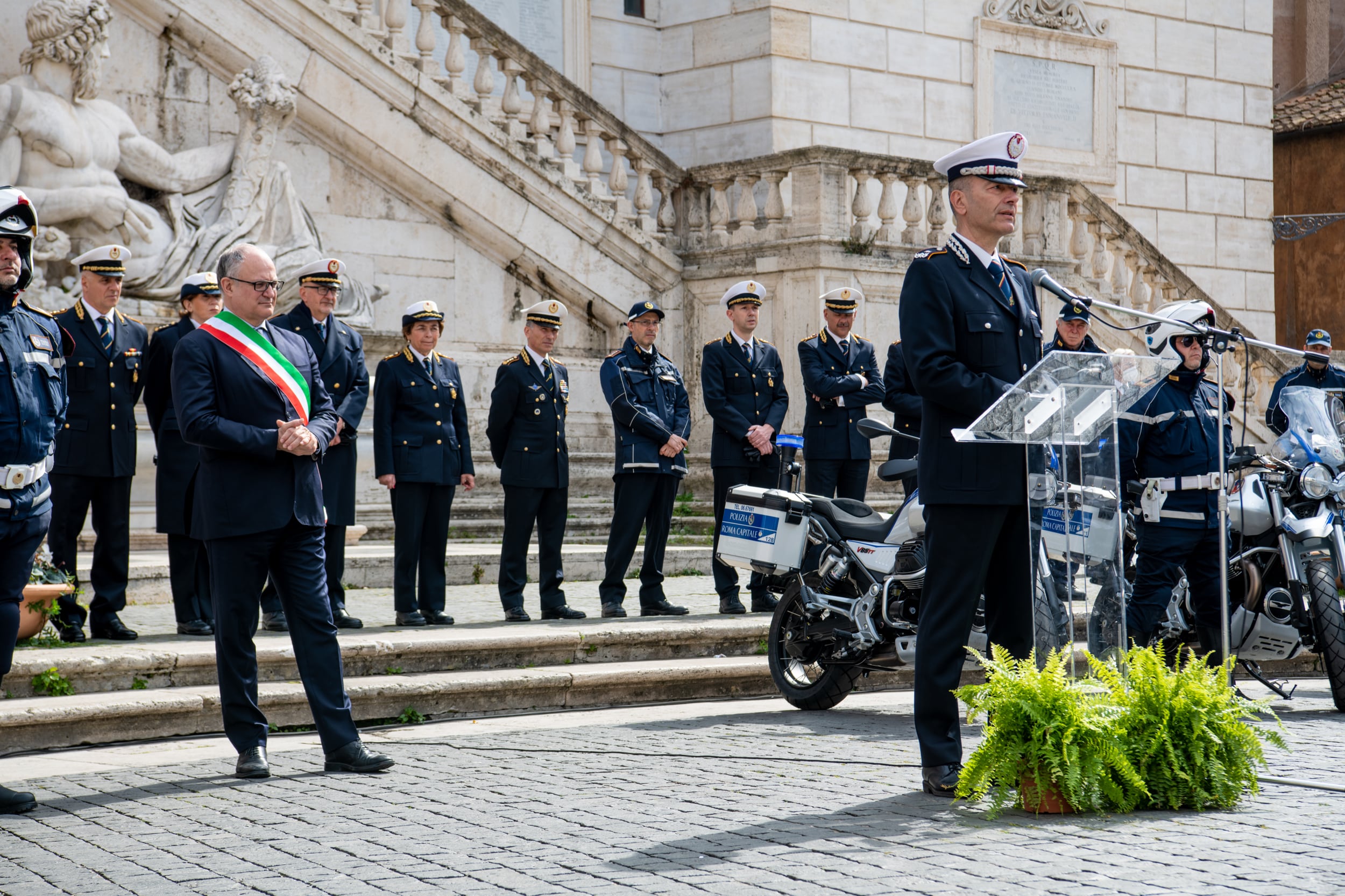 "It is with immense pleasure that we launch the service of new motorcycles in the Local Police fleet,” said Commandant General Dr. Ugo Angeloni, “with representatives present from the GPIT motorcycle corps, officers from the Emergency Traffic Intervention Group specialised in high-impact operations, especially in terms of city mobility. This is just the first supply of new vehicles, which will be extremely useful in providing an increasingly faster and more efficient service, on a path to renew the Corps’ fleet of vehicles which will continue expeditiously in the coming months.” 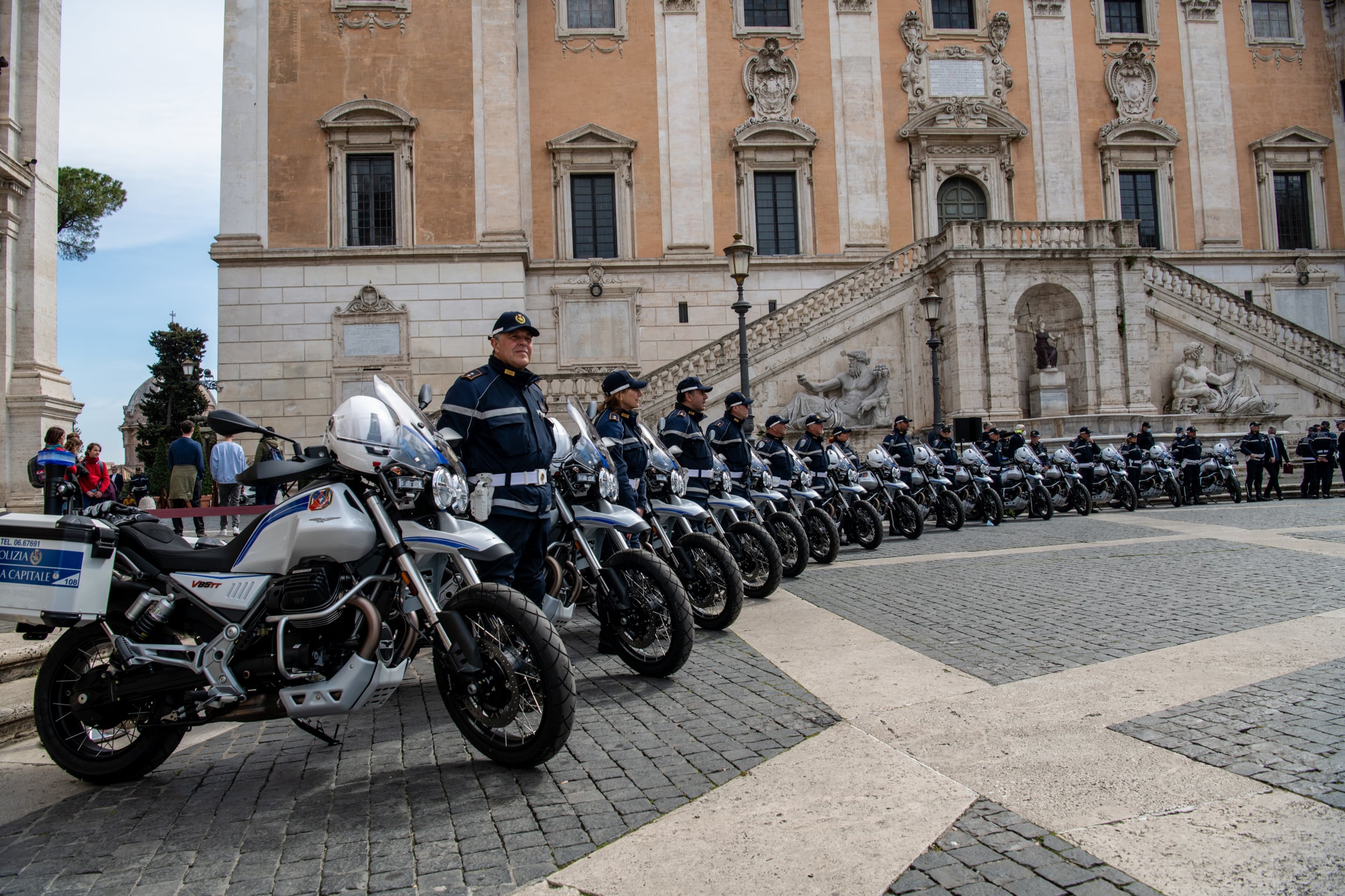 The 100 new two-wheelers, which have already been distributed to all the groups in the territory, are just the first step in a broader modernisation and upgrade process of the fleet of vehicles which will soon also include the arrival of 250 new hybrid cars that will join those already in use. This is in pursuit of the commitment the Local Police launched some time ago to combine policing operations with increasingly greener mobility. 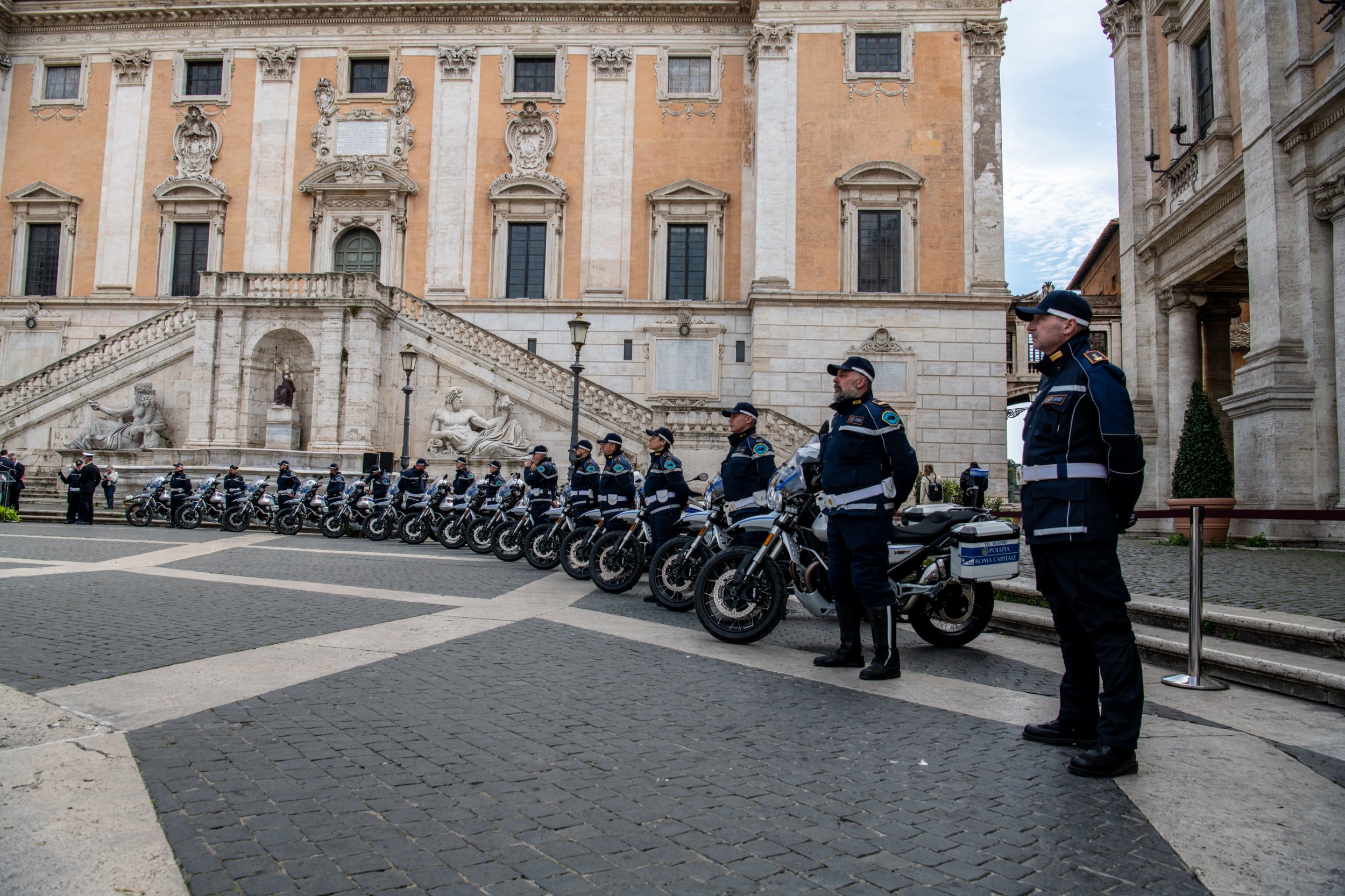 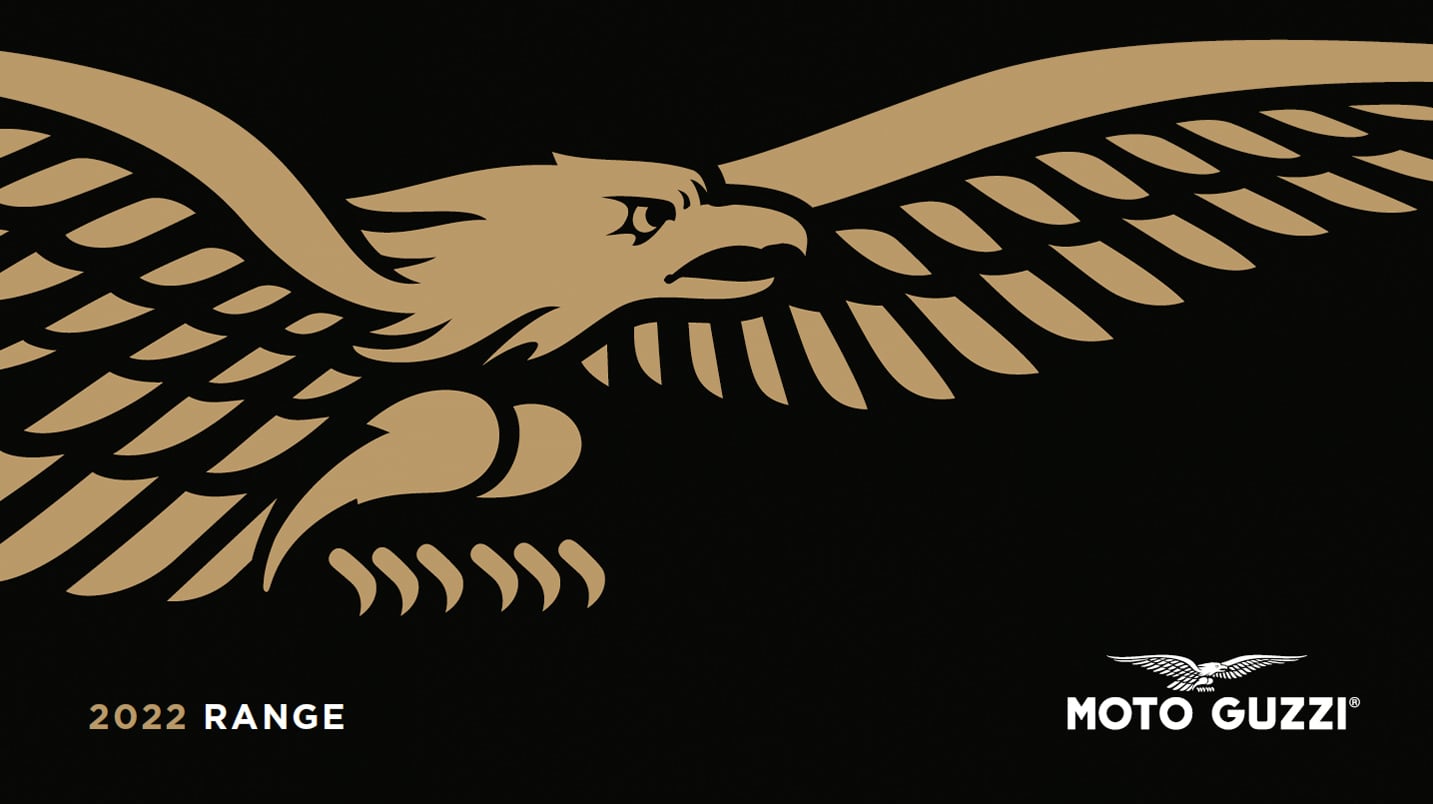