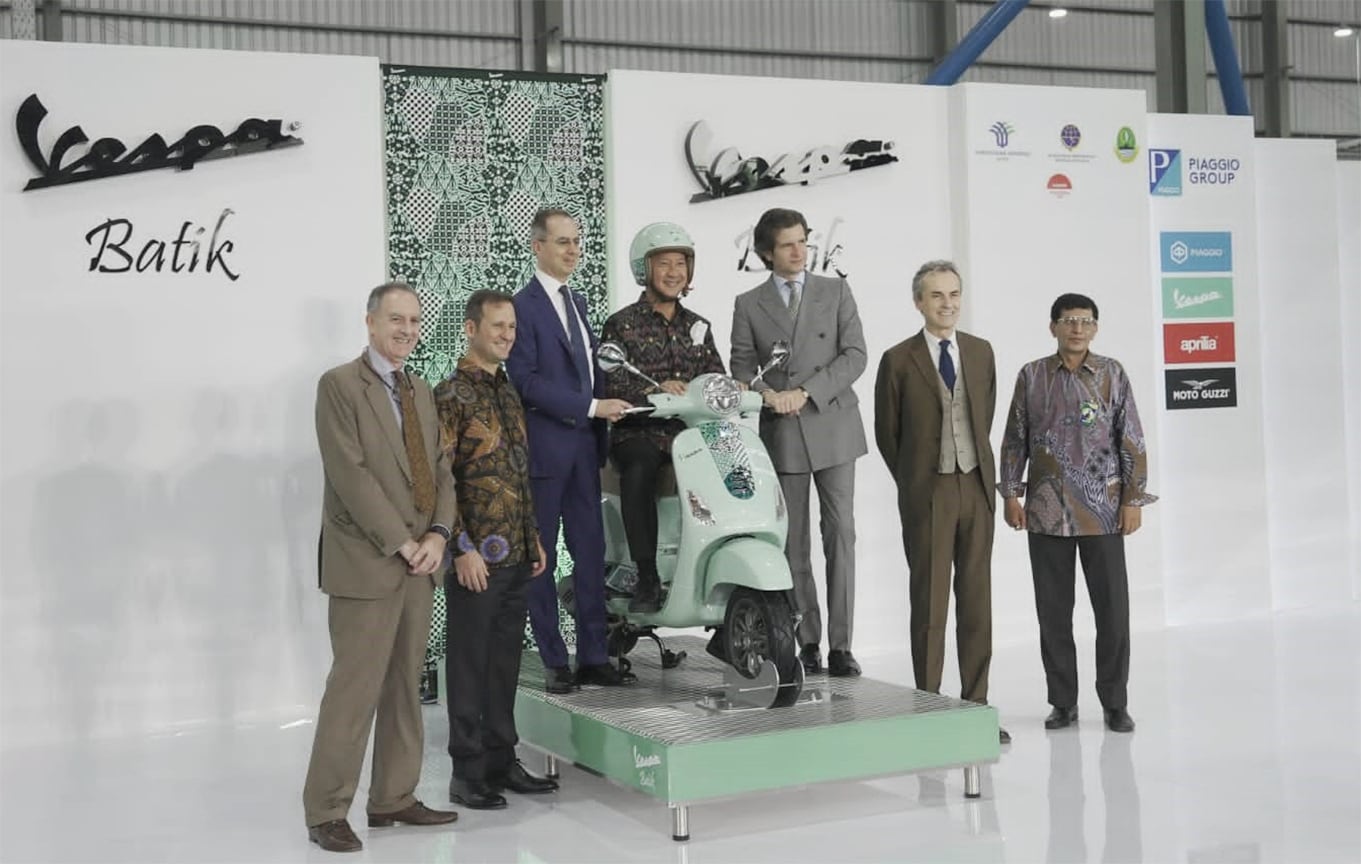 In the photo, the inauguration ceremony attended by the Minister of Industry of the Republic of Indonesia, Agus Gumiwang Kartasasmita; the Italian Ambassador in Indonesia, H.E. Benedetto Latteri; and for the Piaggio Group, Mr. Matteo Colaninno and Mr. Michele Colaninno.

LOCATED ON A 55,00 SQ. M. SITE IN JAKARTA, THE PLANT WILL MANUFACTURE VESPA SCOOTERS FOR THE LOCAL MARKET. WITH ANNUAL SALES OF MORE THAN 5 MILLION SCOOTERS AND MOTORCYCLES, INDONESIA IS THE WORLD’S THIRD-LARGEST MARKET, AFTER INDIA AND CHINA. 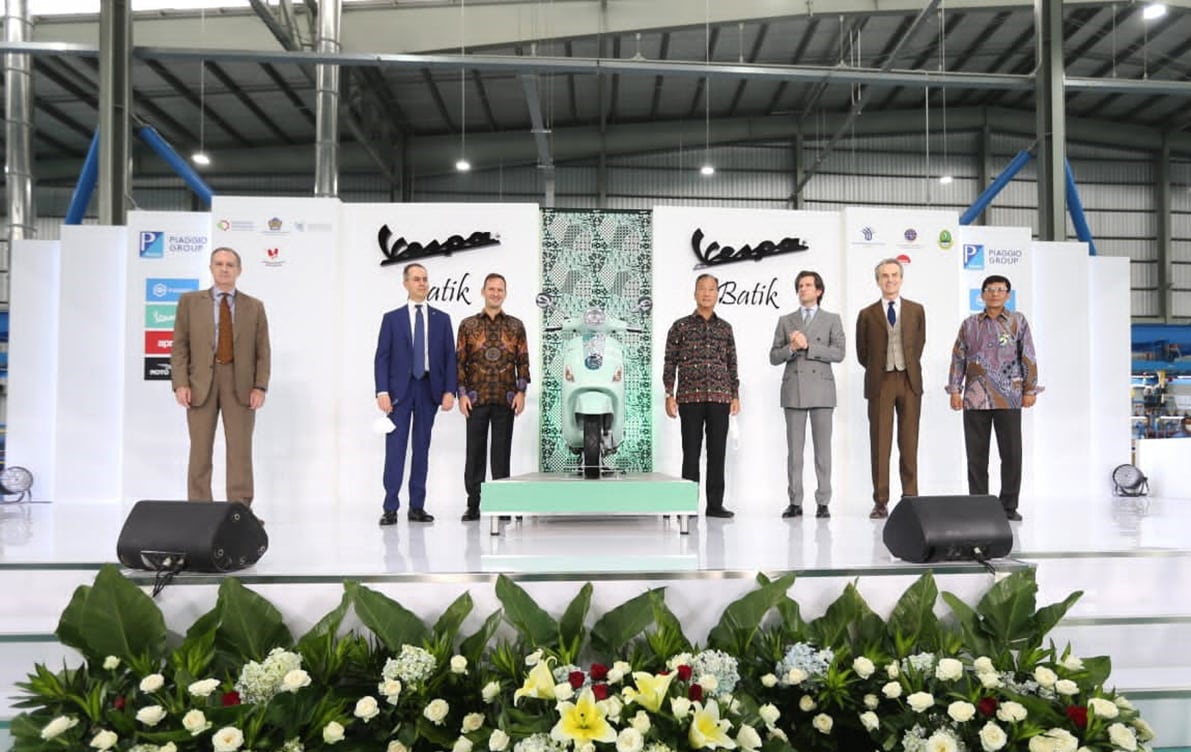 Pontedera (Italy) – Jakarta (Indonesia), 23 November 2022 – The Piaggio Group (PIA.MI) continues its strategic international expansion with the opening today of a new production facility in Jakarta, the capital of Indonesia, a market of growing importance for the Group. Built on a 55,000 square metre site, the new factory is located in the Cikarang district of West Java.

“The new plant in Indonesia sees the Piaggio Group take another stride forward in the strategic international growth program it began more than ten years ago, which has made it one of the industry’s leading players, with a portfolio of unique brands, a proud symbol of Italy around the world,” said Piaggio Group Chair and CEO Roberto Colaninno. “Piaggio Group sales on the Indonesian market grew by 61% in 2021 and will continue to rise in the near future.”

Inauguration ceremony of the Piaggio Group plant in Indonesia.

The factory was officially opened today in the presence of Indonesian authorities including the Republic of Indonesia's Minister for Industry, Agus Gumiwang Kartasasmita, and the Italian Ambassador to Indonesia, Benedetto Latteri.

With around 5 million two-wheelers sold every year and a population of more than 276 million inhabitants, Indonesia is the world's third-largest scooter and motorcycle market after India and China, with sales of over 6 million vehicles forecast in the next three years, in line with the country’s double-digit population and per-capita GDP growth projections.

With the new facility in Jakarta, the Piaggio Group now has eight manufacturing plants: three in Italy [Pontedera, in the province of Pisa, which produces Piaggio vehicles, Vespa scooters and the Porter city truck and houses the E-Mobility excellence department for research into electric traction technologies, where the Vespa Elettrica and the Piaggio 1 scooter have already been developed; Noale and Scorzè (Venice), where Aprilia motorcycles and scooters are built; Mandello del Lario (Lecco), the home of Moto Guzzi since 1921, where a major conservation and redevelopment project designed by archistar Greg Lynn is currently underway]; one in India, in Baramati; two others in Asia Pacific (in Vinh Phuc, Vietnam, and Foshan, China); and one in Boston, the location of Piaggio Fast Forward, the Group’s robotics and future mobility company, which produces the gita® and gitamini® terrestrial drones deploying innovative follow-me technology.

The Piaggio Group is present in more than 100 countries with a worldwide distribution network of over 4,000 sales outlets (two-wheelers, commercial vehicles) and 800 Motoplex stores. In Indonesia, the commercial network currently consists of more than 50 dedicated dealers, including the 7 Motoplex flagship stores recently opened in Jakarta, Bali, Surabaya and Jogjakarta, which offer the four Group brands: Aprilia, Moto Guzzi, Vespa and Piaggio. 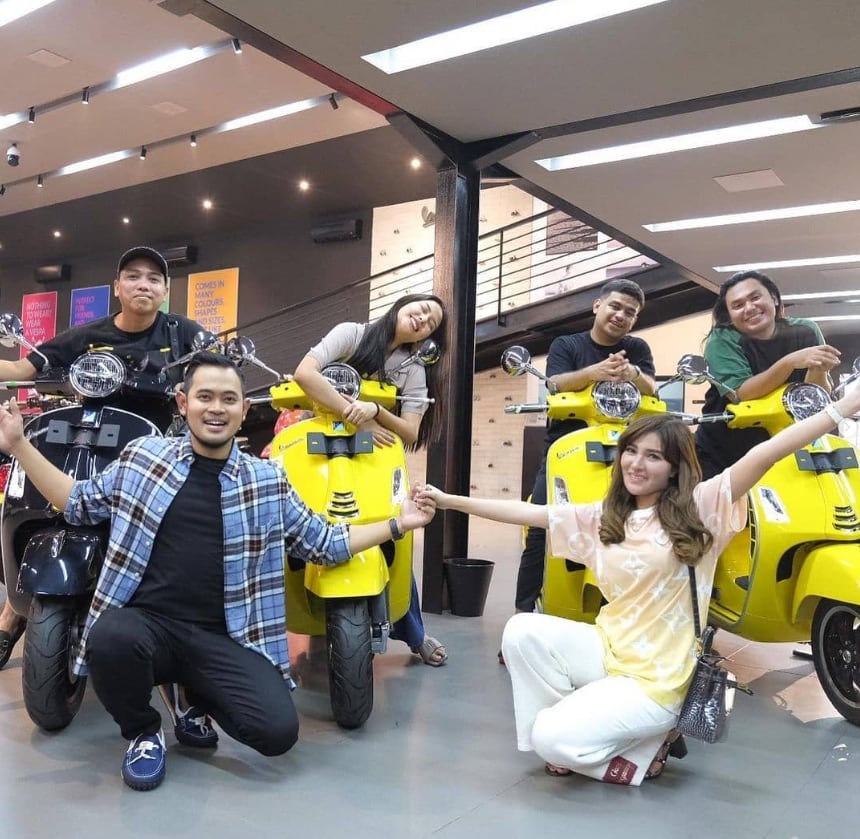