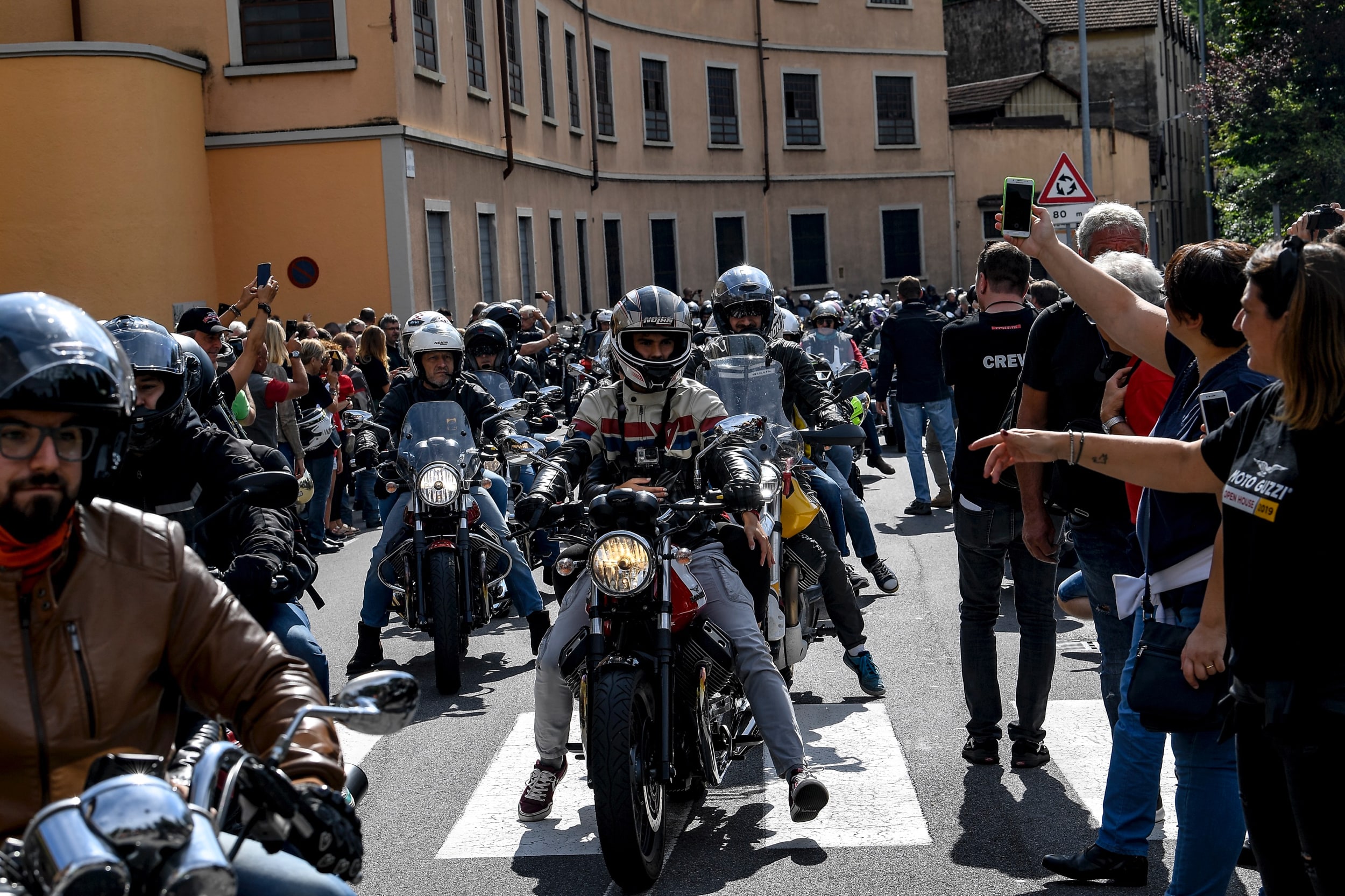 THE EVENT IN MANDELLO REPEATS THE RECORD ATTENDANCE OF LAST YEAR AND CONFIRMS ITS STATUS AS A CLASSIC OF EUROPEAN MOTORCYCLING. THREE DAYS OF FRIENDSHIP, TRAVEL, ADVENTURE, TEST RIDES AND LOVE OF BIKES. THE V85 TT IS PROTAGONIST OF THE 2019 EDITION ALONG WITH THE V7 III MACHINES OF THE MOTO GUZZI FAST ENDURANCE TROPHY.

Mandello del Lario (Italy), 8 September 2019 - 30 thousand participants arrived from all over Europe to celebrate a classic event that has become an absolute must for bike lovers. From Friday 6 September through Sunday 8 September 2019, the Mandello Moto Guzzi plant was peacefully invaded by bikers and enthusiasts, but also by families and convoys of friends. All in Mandello to celebrate one of the most noble brands of motorcycling, one of the most famous and beloved Italian brands. The three days were filled with love for bikes, friendship, music, travel, adventure and lots of test rides.

As always, the central moment of the Mandello celebration was Saturday, the day when record attendance on a single day was recorded - 20 thousand - and the day that began with the arrival of the “Road to Mandello” convoy, consisting of more than two hundred Guzzisti (Guzzi fans) who had left from Milan to reach the legendary red gates on Via Parodi, the symbol of Moto Guzzi. 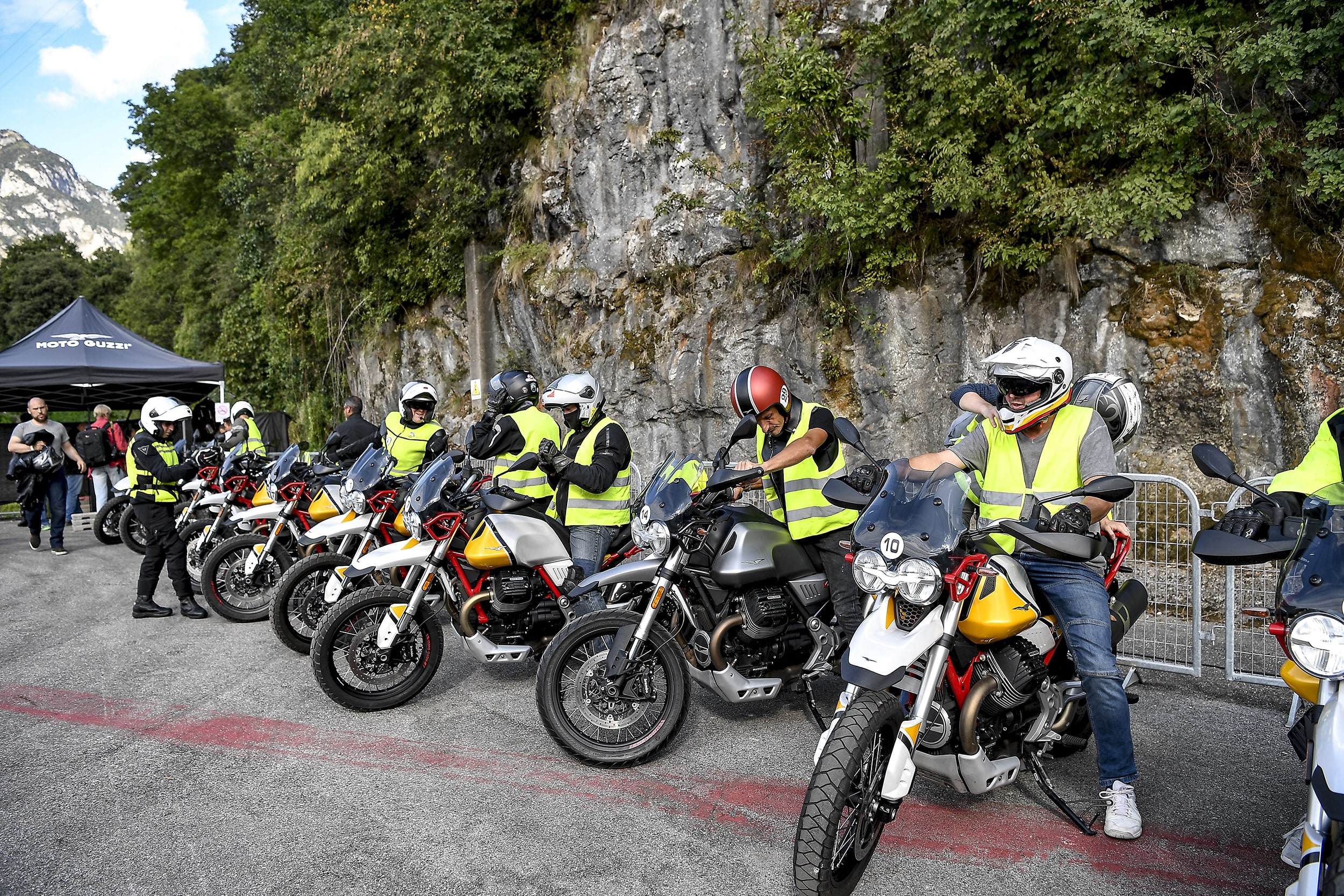 The absolute protagonist of the 2019 edition was the Moto Guzzi V85 TT, the all-terrain bike which, after being introduced during this year, is already the brand's best-seller and one of the most admired bikes this season. The V7 III was one of the bikes most in demand for test rides and also one of the stars, since in 2019 the first edition of the Moto Guzzi Fast Endurance is being raced, the trophy that places the appropriately outfitted, lightweight, 750cc twin-cylinder on the track. The bikes participating in the Trophy attracted admiring looks from many visitors, while the Fast Endurance riders and teams were in Mandello ahead of the final race which will be held in Misano on 13 October. 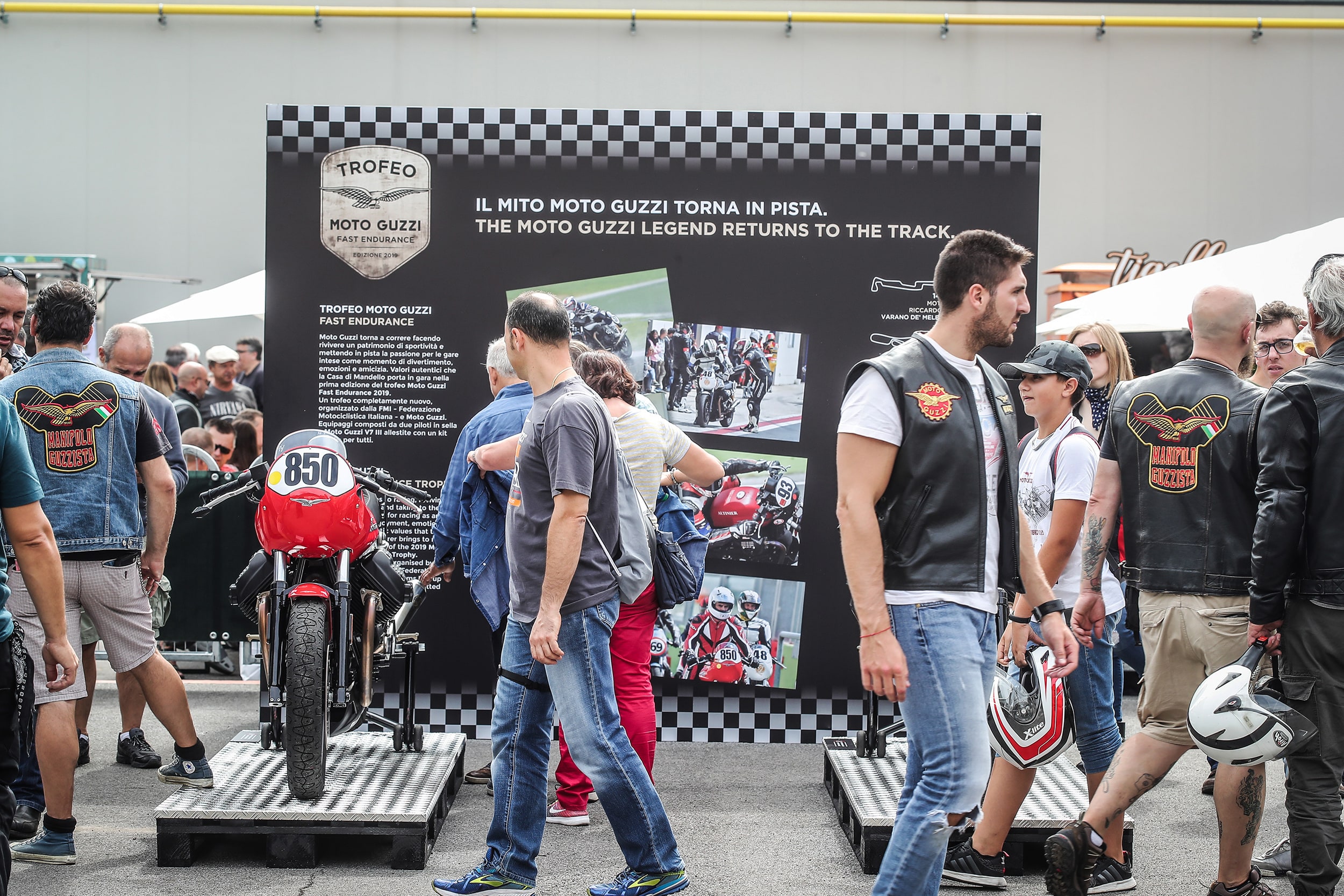 Thanks to the partnership with Virgin Radio, the Moto Guzzi Village, set up in the centre of the plant, was the nerve centre of the festival. Special guests were hosted by DJ Ringo on the stage, talking about races, trips and adventures. 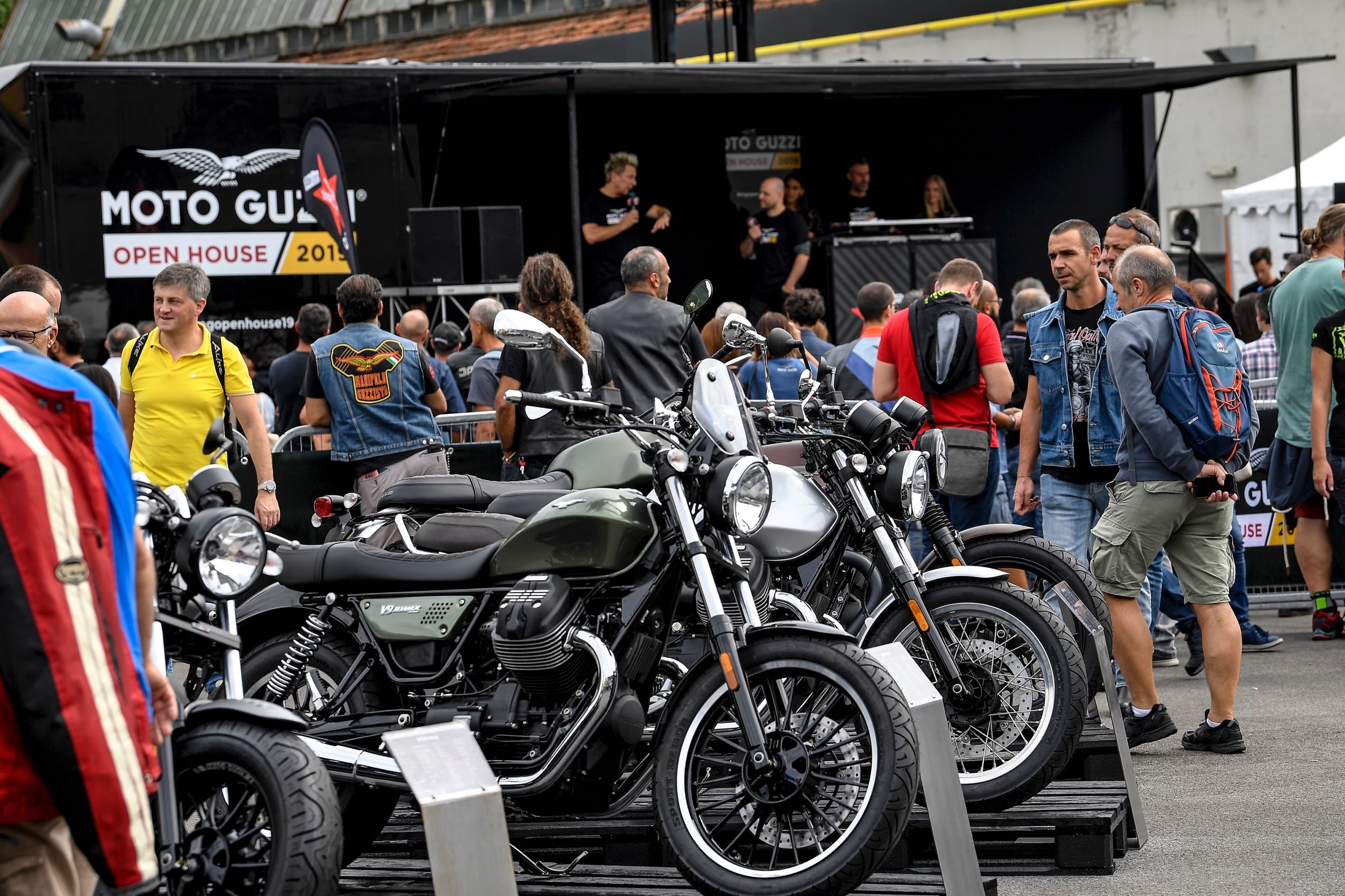 The test rides departed from the Village, giving more than 400 bikers the chance to test all the models in the Moto Guzzi family on the splendid roads surrounding Lake Como.

The Moto Guzzi Museum, which houses and preserves more than 150 historic models, beginning with the ’50s era racing bikes, including the legendary 8-cylinder 500, was just one of the attractions, as was the wind tunnel, while the assembly lines were invaded by visitors from Friday. 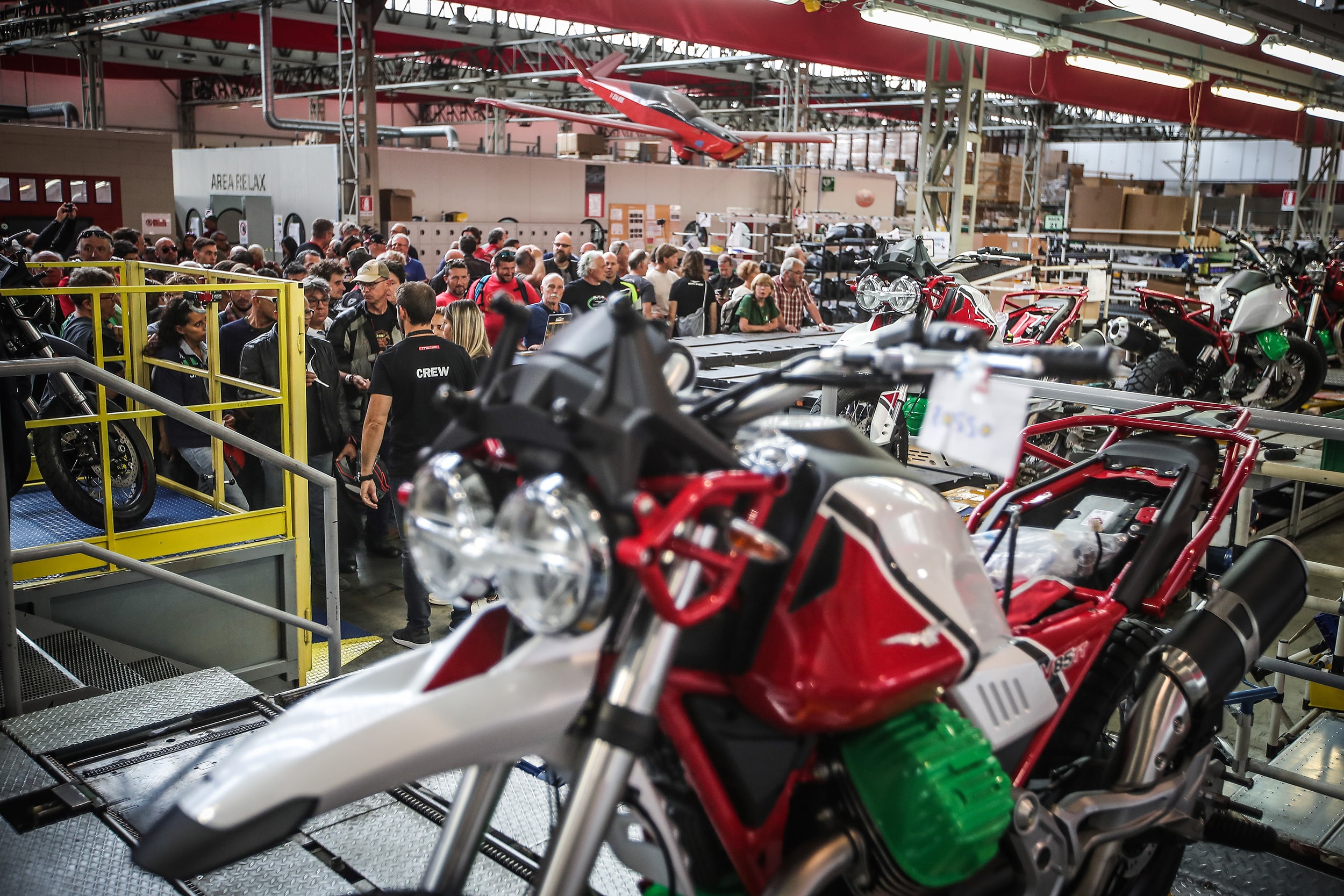 The Moto Guzzi plant in Mandello therefore confirmed its status as a symbolic location in motoring history, one of the most famous in the world. Since 1921, the year it was founded, Moto Guzzis have been manufactured non-stop here. It is a site rich in history that has accompanied Italian industrial development and the global affirmation of the Eagle Brand. Legendary models such as the Falcone, the Galletto, the V7 range, the Le Mans and Imola sport bikes have come from here, all the way up to the modern, brand new and technologically advanced V7 III, V9, V85 TT models and the California 1400 family. And it is here that the competition Moto Guzzis were born, dominating the glory years of motorcycling and winning 15 championship titles (8 rider and 7 manufacturer) in Grand Prix Motorcycle Racing. 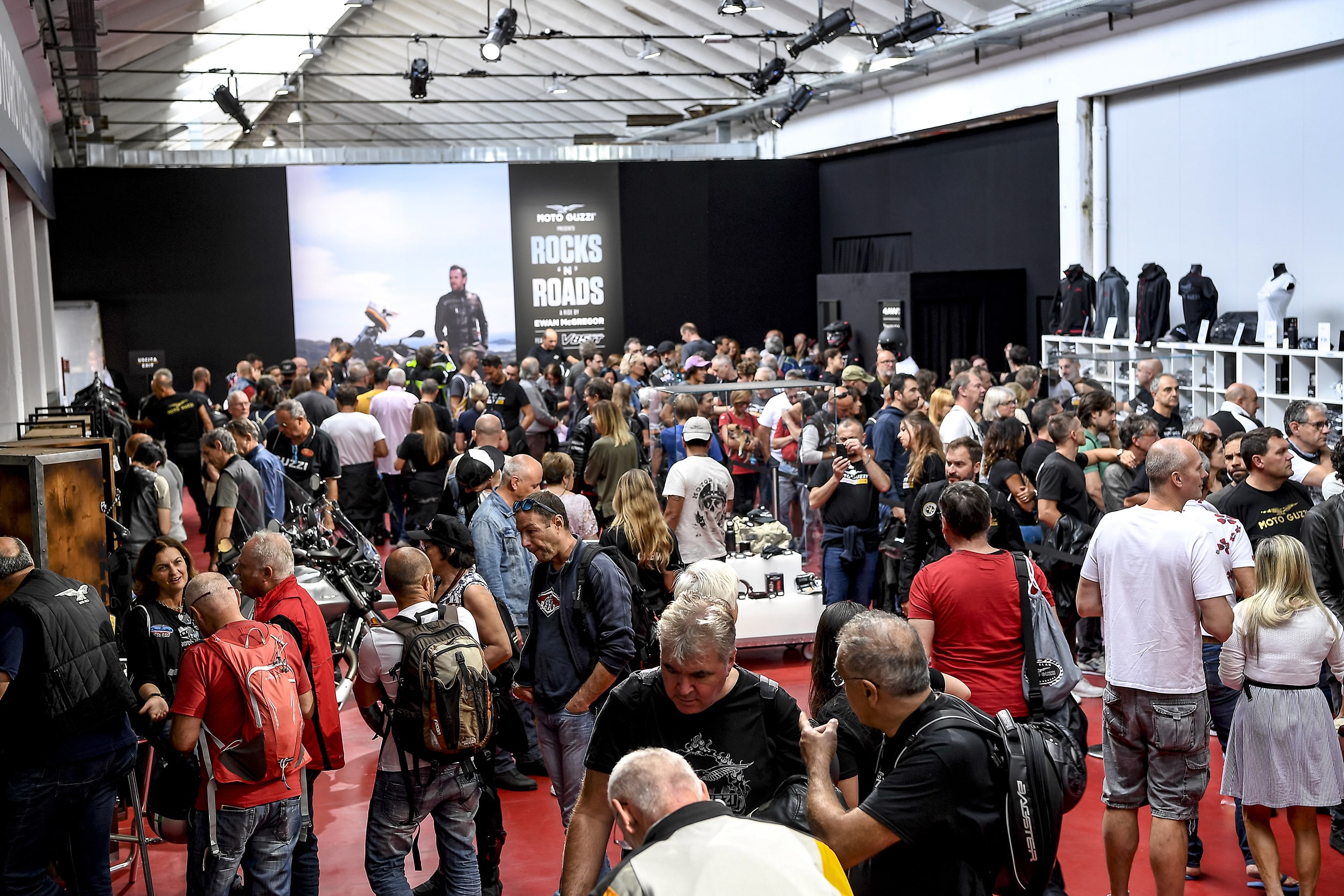 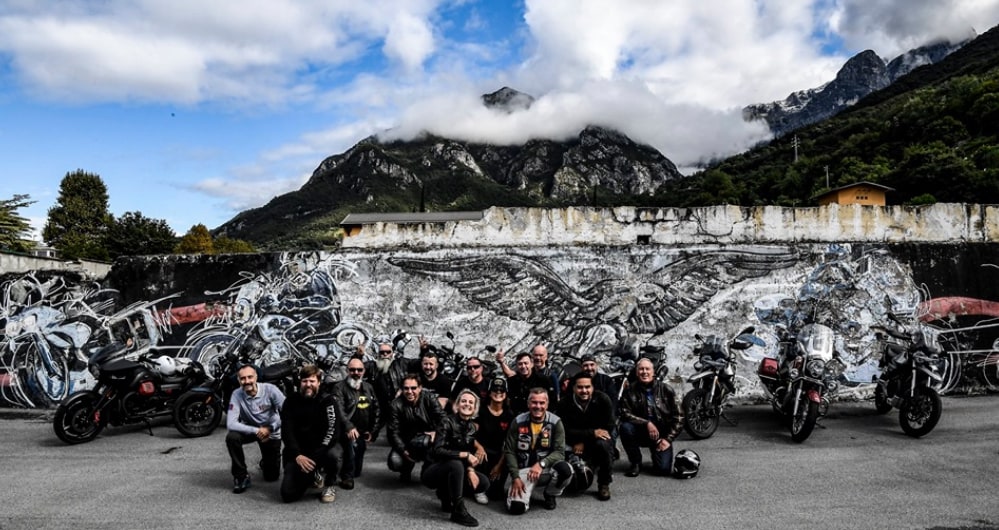 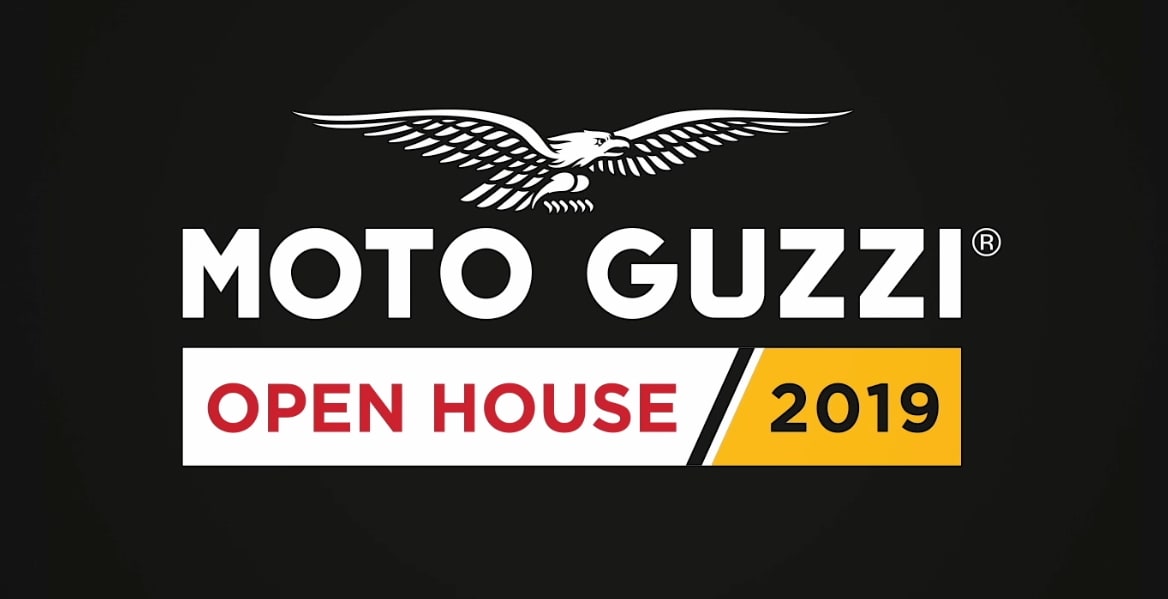