AT THE PIAGGIO MUSEUM IN PONTEDERA, THE SURPRISING EXHIBIT “DALLE MACCHINE DI LEONARDO ALL’INDUSTRIA 4.0” (FROM LEONARDO’S MACHINES TO INDUSTRY 4.0), OPEN THROUGH 29 FEBRUARY 2020 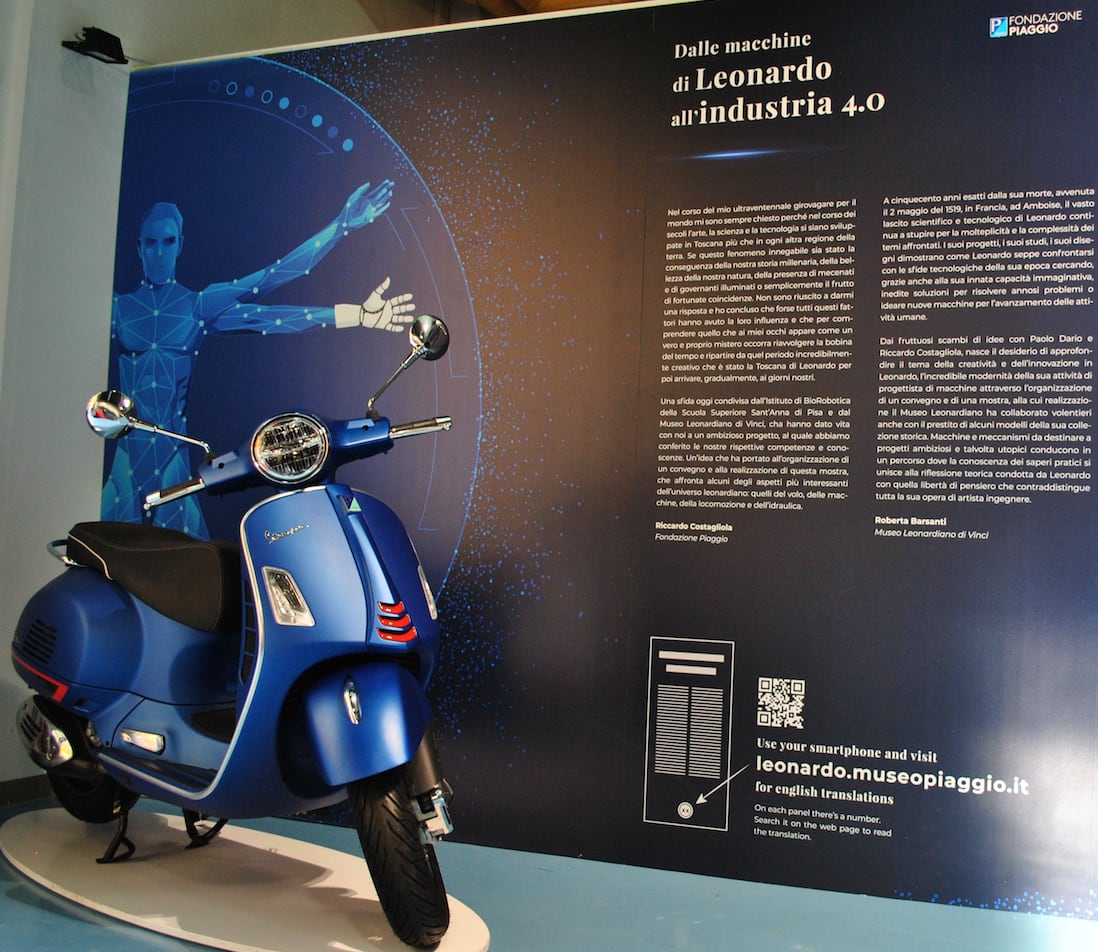 Pontedera (Pisa, Italy), December 2019 - The Piaggio Foundation, the Sant’Anna High School’s BioRobotics Institute in Pisa and the Leonardian Museum in Vinci (near Florence) together to reflect on the five-hundredth anniversary of Leonardo’s death, looking toward a future filled with potential, but rich with a past from which to draw inspiration. This collaboration allowed the Piaggio Museum in Pontedera to organise the surprising exhibit inspired by a few of the less emphasised, but perhaps most important aspects of the figure of Leonardo da Vinci, those of an engineer and inventor.

Entitled Dalle Macchine di Leonardo all’Industria 4.0 (From Leonardo’s machines to Industry 4.0), the exhibit tackles four topics that were dear to Leonardo the engineer and inventor: flight, locomotion, mechanical precision and plumbing. Alongside faithful reproductions of Leonardian machines, other masterpieces of Italian engineering will be displayed, including the first combustion engine by the Tuscans scientists Barsanti and Matteucci, various models of automatic machines and robots, the variable pitch propeller and the Vespa Elettrica, along with the multimedia creations of the Sant’Anna High School Perceptive Robotics Laboratory. 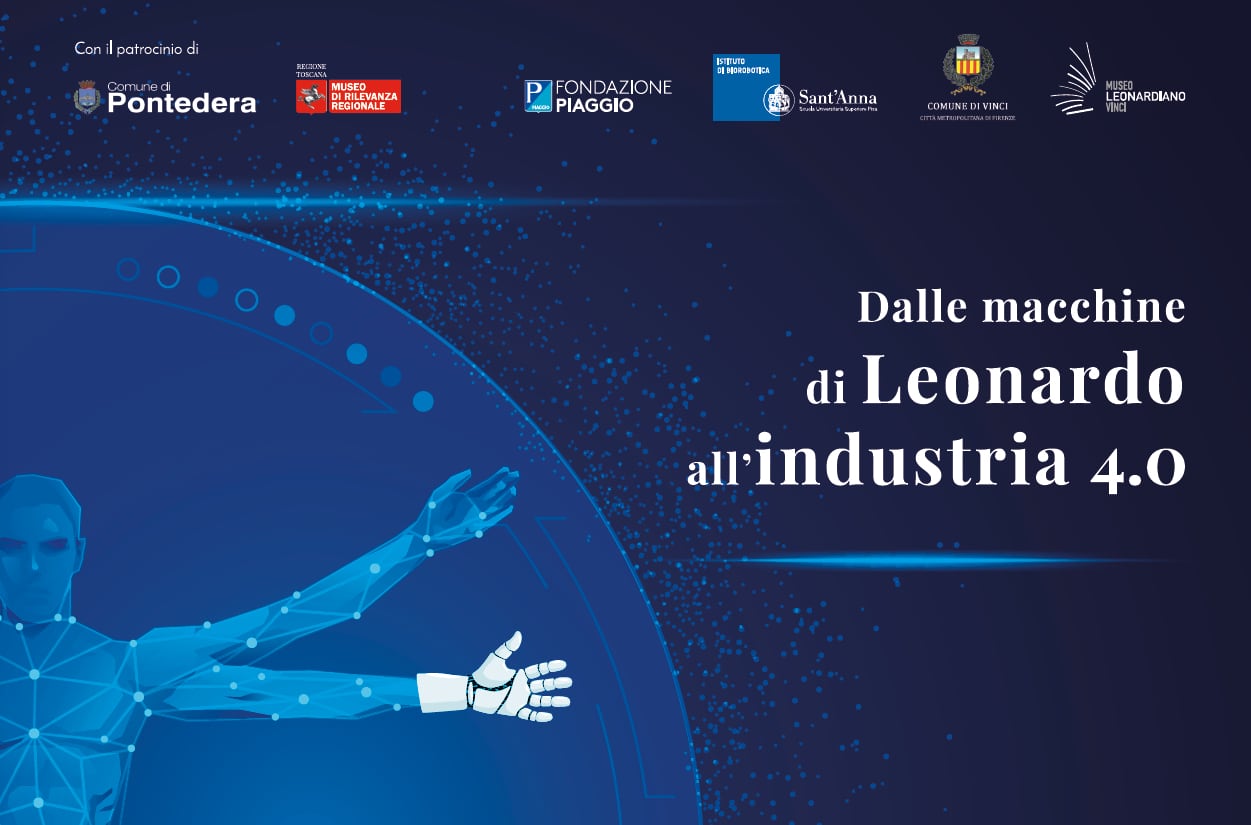 The exhibit path The exhibit is organised in four sections, the titles of which are taken from some of Italo Calvino’s Lezioni americane (Six Memos for the Next Millennium, 1985), which seem to adapt perfectly to Leonardo’s work and, at the same time, recall the main themes of the convention: 1. Lightness. 2. Accuracy. 3. Rapidity. 4. Multiplicity. Each section host physical or virtual reconstructions (with the aid of projections) of some of Leonardo’s most famous and beautiful “machines” alongside inventions and machinery resulting from the subsequent creative genius of the Tuscan territory (and beyond). The first section (Lightness) is dedicated to one of the most renowned and significantly symbolic themes of Leonardo’s research: flight. In this area, the famous intuitions of the genius from the town of Vinci are presented to the public with a high-impact display. Thanks to the collaboration of the Sant’Anna High School Perceptive Robotics Laboratory (Percro), which has been conducting research on digital technologies and their use in the cultural field for years, the story of Leonardo’s observations and studies on flight will come to life through 3D images capable of triggering emotions and thrills without neglecting the scientific strictness. 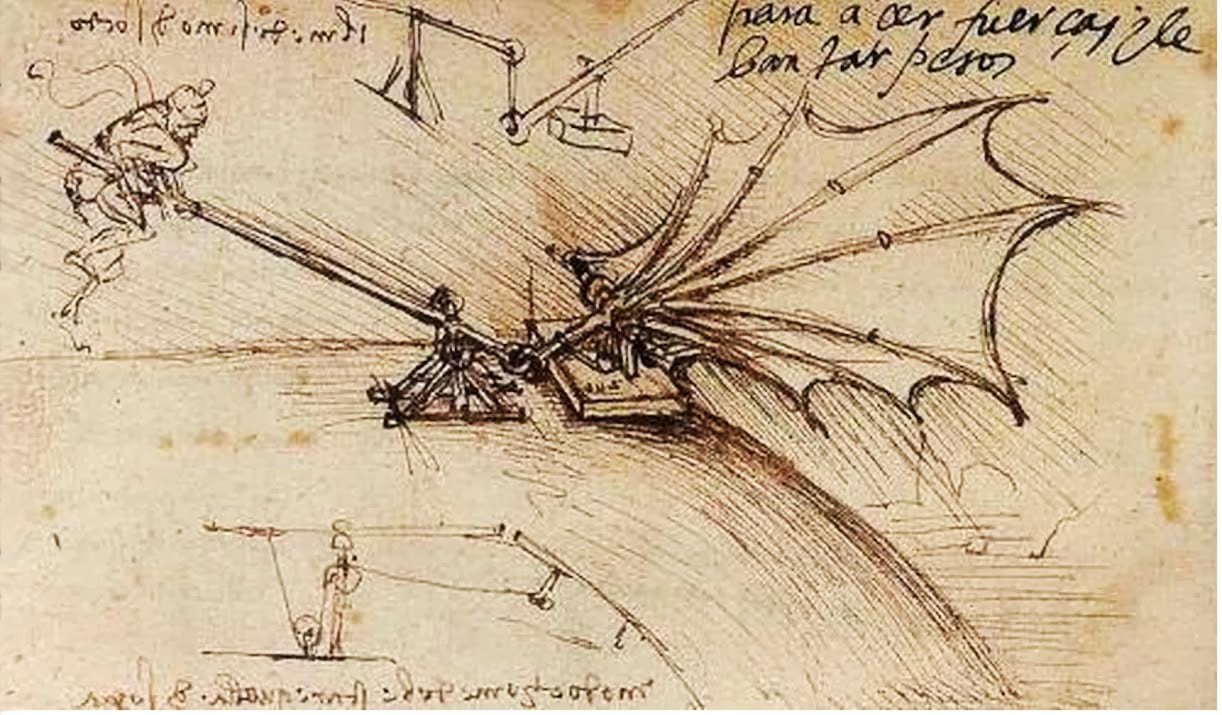 A corridor of projections demonstrates the animation of the Code for flight which culminates in the Museum’s multimedia hall at an installation with 3D projections that allow the visitor to follow an imaginative and immersive flight over the Tuscan countryside. As a corollary, an overview of inventions and projects which, born out of true dreams, became reality: from the helicopter to the variable pitch propeller by the Italian Corradino d’Ascanio, inventor of the Vespa scooter, from the submarine to Marconi’s telegraph.

The second section (Accuracy), on the other hand, is dedicated to robotics – excellence from the Pontedera territory thanks to the Sant’Anna School laboratories – and contains an interesting and curious series of automation examples, from classical Greece to modern times: textile machines, watches, automatons, robots, etc. 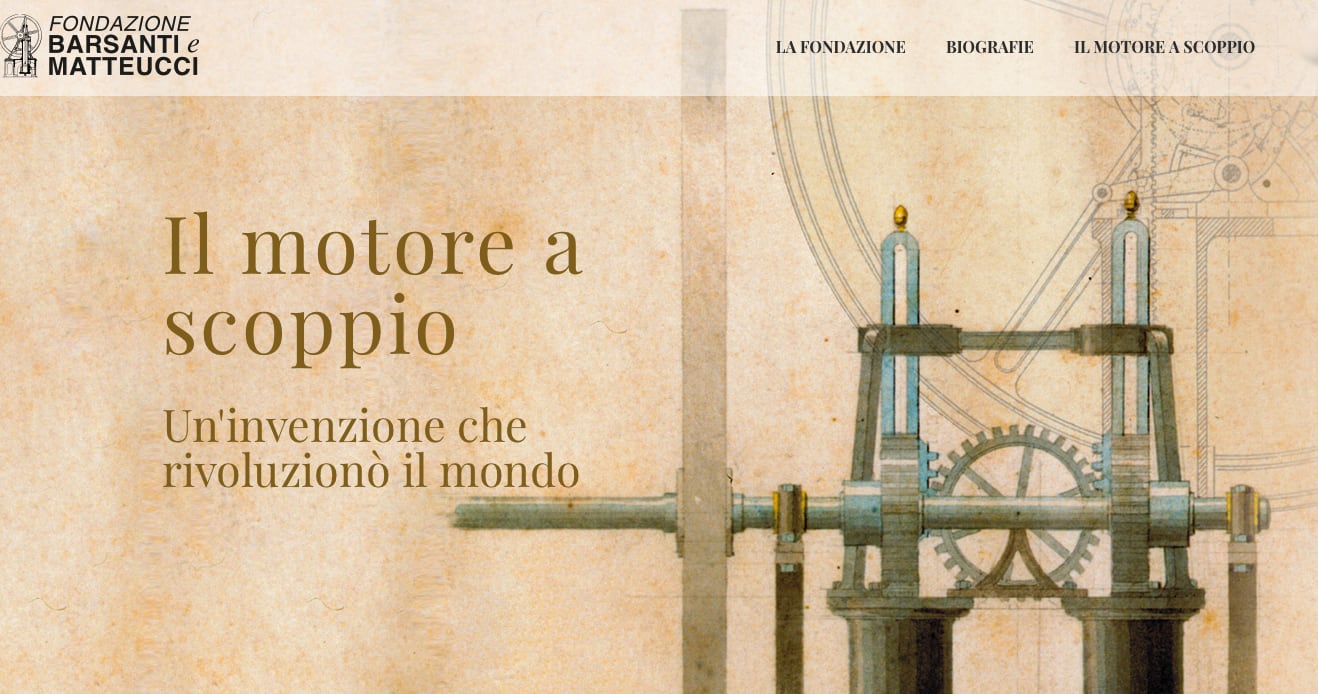 The third section (Rapidity), dedicated to locomotion, creates a dialogue between Leonardo’s machines (starting from the “automobile”, or the self-propelled cart from 1478) and the various benchmarks of innovation in the mobility field; from the Barsanti-Matteucci combustion engine to Piaggio technology in the two-wheeled sector (from the MP6 prototype to the electric Vespa). 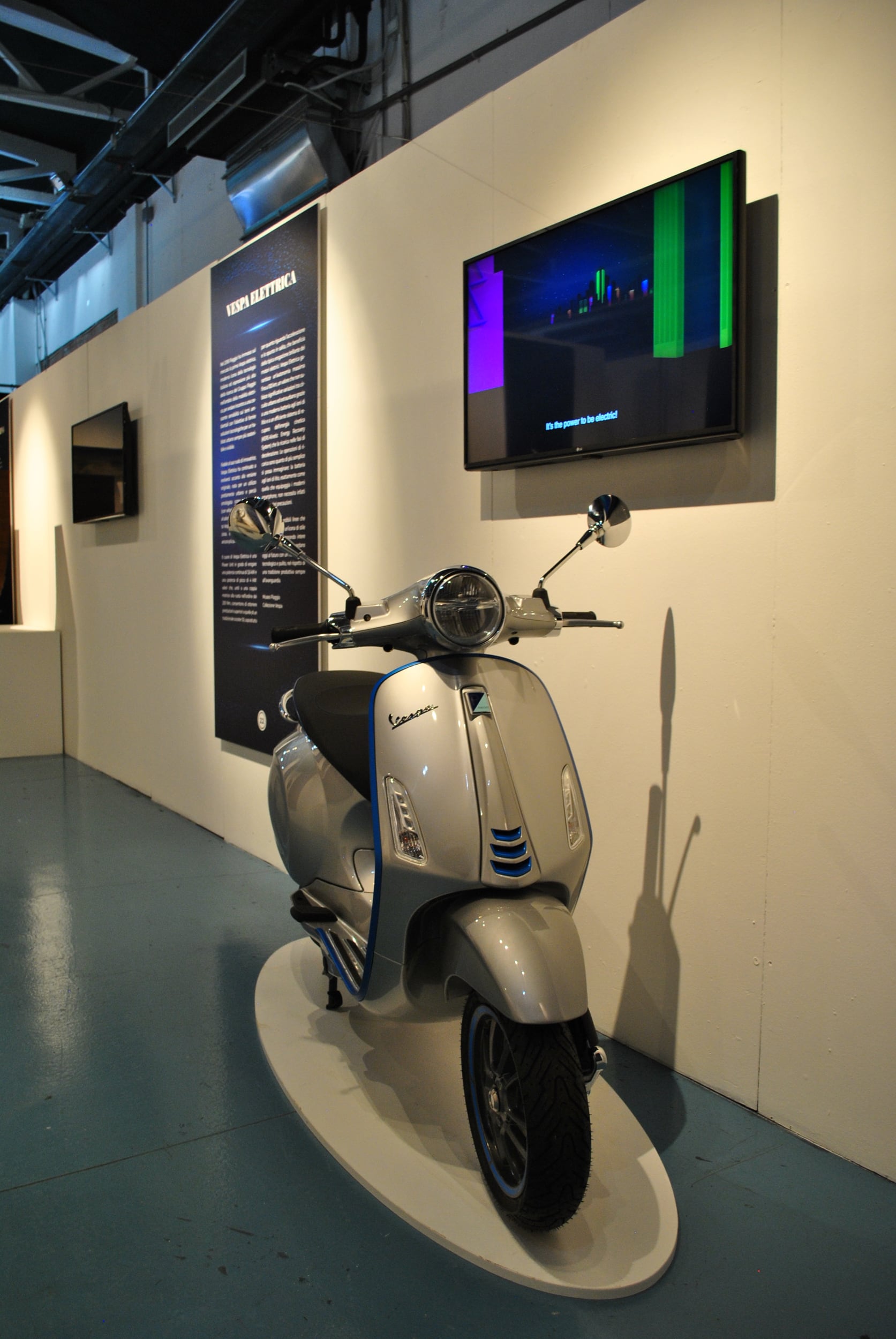 Last, but not least, the fourth section (Multiplicity) is reserved for plumbing and the territory. Taking a cue from Leonardo’s drawings and projects around the Arno Valley, in Tuscany, the purpose of this section is to present and promote some of the territory’s key sites: Pisa and the Verruca Fortress, Manetti’s “barrel” and Leonardo Ximenes’ floodgates and the amazing Vicopisano fortress.

Grand opening of the exhibit with the participants of the study conference Dalla Scientia Machinale alla Robotica e all’Industria 4.0 nella Toscana di Leonardo (From Machinery Science to Robotics and Industry 4.0 in Leonardo’s Tuscany) (Piaggio Museum Auditorium, 29-30 November 2019, photo above); the exhibit will remain open through 29 February 2020 (free entry).
The organisers explained: “The common thread throughout the exhibit path is the attempt to identify which elements of the historic-cultural context of the era contributed to giving rise to Leonardo’s talent and to suggest to the exhibit visitors just how much the Genius from Vinci was the model of inventiveness for the development of the manufacturing, urban and social fabric of our country. In fact, reserving particular attention to Leonardo’s activity in Tuscany, and without attempting to reconstruct forced genealogies, precisely in his work and in his era, one of the fundamental elements can be identified that made one specific territory the cradle of various and progressive seasons of innovation in the field of culture and technology, from Humanism to the present day. This is an interpretation suggested in the present by the vibrant reality of Pontedera and the surrounding area, which still have an innovative industrial and research infrastructure in the design and technical-manufacturing operations of Piaggio and the excellent Sant’Anna High School BioRobotics Institute’s research laboratories.

The exhibit, which is highly recommended even for young and very young people, is accompanied by a schedule of events dedicated to schools, book presentations, theatrical performances, guided tours, tourist outings and detailed explanations on Leonardian themes.” As the presentation of the book by Marina Marrazza, titled “The secret mother of Leonardo da Vinci”, with theatrical reading and medieval music. 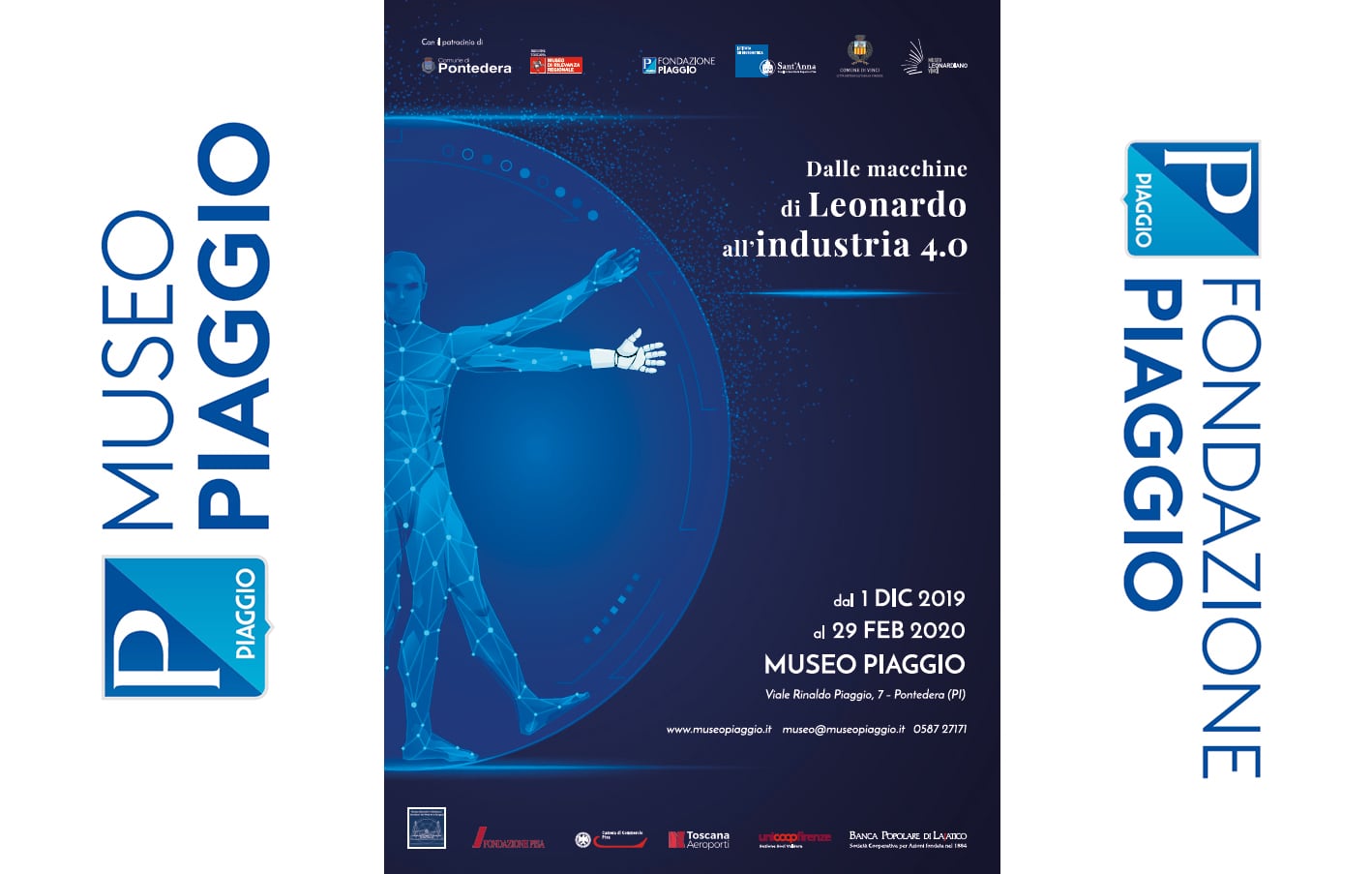