CANADA: THE 2020 NOVELTIES FROM THE PIAGGIO GROUP AT “THE MOTORCYCLE SHOW”

FROM CALGARY TO MONTREAL; THEN THE BRUSSELS MOTOR SHOW, MOTORBIKE EXPO IN VERONA AND AUTO EXPO IN NEW DELHI.

January 2020 - An international schedule of events for the Piaggio Group, busy with a worldwide road show, participating in the most prestigious international motor shows. It kicked off with the big crowds at “The Motorcycle Show” in Canada, which is an “itinerant” event: starting from Calgary in January (from the 10th through the 12th, 26 thousand visitors were recorded at the Stampede Park BMO Centre), it will then make stops in 5 other Canadian cities until 1 March. 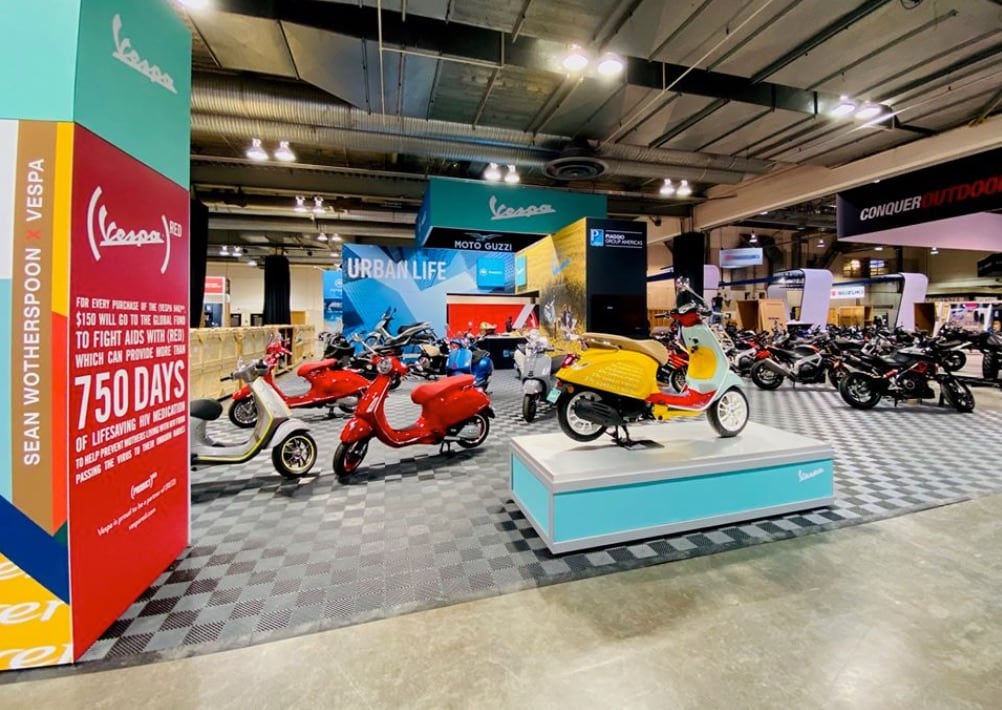 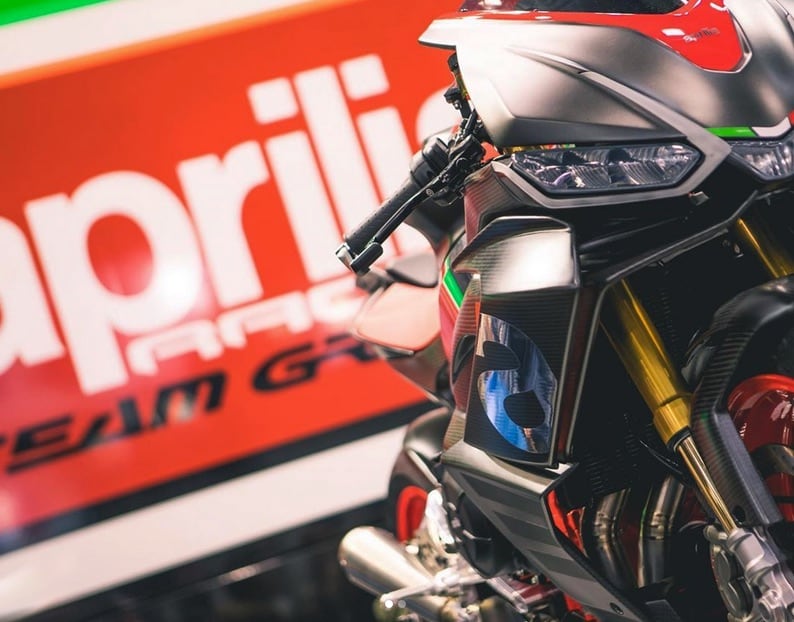 BRUSSELS, VERONA AND NEW DELHI. The 2020 innovations from all the Piaggio Group brands will also be protagonists at the “Salon-Auto-Moto-Mobility”, 98th edition of the Brussels Motor Show, underway in the Belgian capital from 10 through 19 January 2020 (at the Brussels Expo, in Place de Belgique). 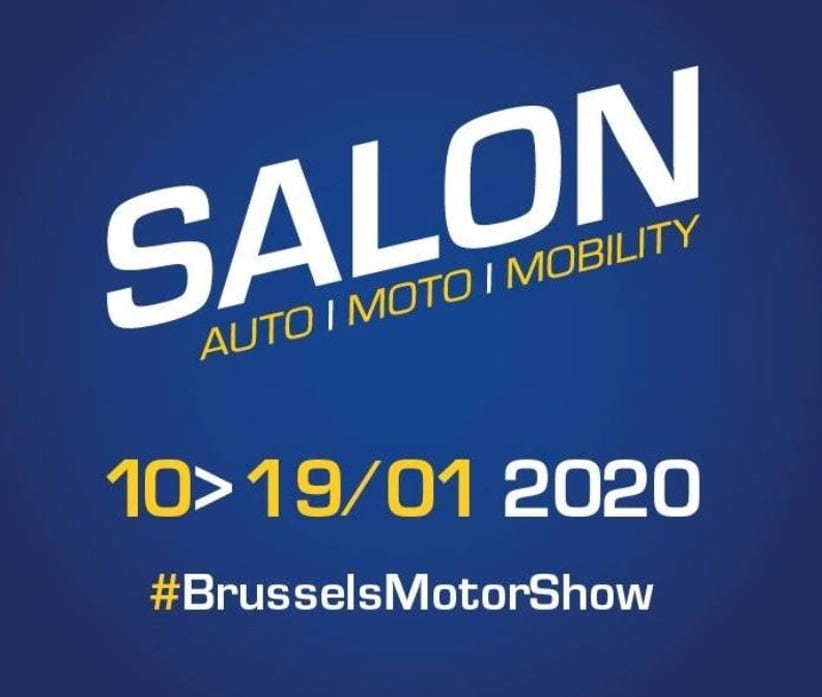 160 exhibitors, a 100 thousand square metre show, visited by more than half a million enthusiasts from all over Europe. Here are some images (by Eddy Sport, www.facebook.com/eddysport476).

Aprilia and Moto Guzzi shine at the Motor Bike Expo – at VeronaFiere, from 16 through 19 January 2020 – which welcomes more than 170,000 visitors to Verona every year, confirming its status as the beating heart of the international motorcycling scene. MBE has hosted more than 700 exhibiting companies in the sector for a decade, with the most important manufacturers, the best customisation workshops and the best-known brands in apparel, accessories and components. 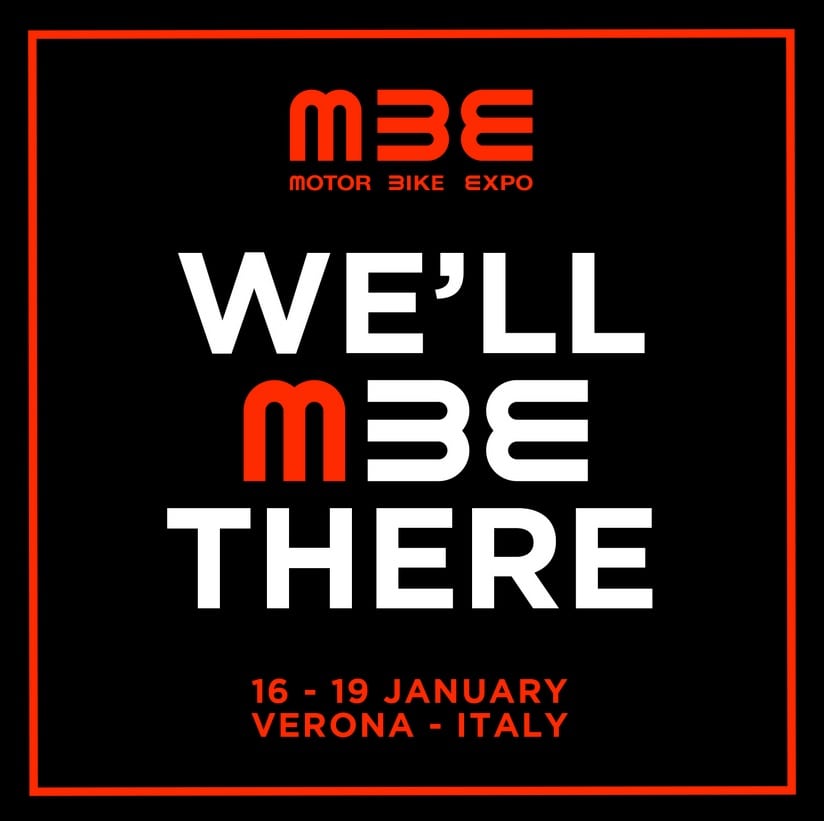 MBE is the reference event for the most important brands in the motorcycle sector which range from specials to sport bikes, also involving the off-road and touring world. The Piaggio Group innovations are protagonists at MBE 2020, with the Aprilia and Moto Guzzi brands.

The e-games area Aprilia at MBE for trilling MotoGp virtual challenges; and workshop for students by Aprilia Racing for the programme MBEducation. Right: the “queen” Aprilia RS 660, the big one 2020 news from Aprilia.

MBE also provides a full schedule of events (including exhibits, awards ceremonies, riding lessons, films and tour rides) which are held in various areas of the exhibition district. Other initiatives are planned all over Verona with the “Fuorisalone” (Outside the Exhibition) poster. INFO: www.motorbikeexpo.it. 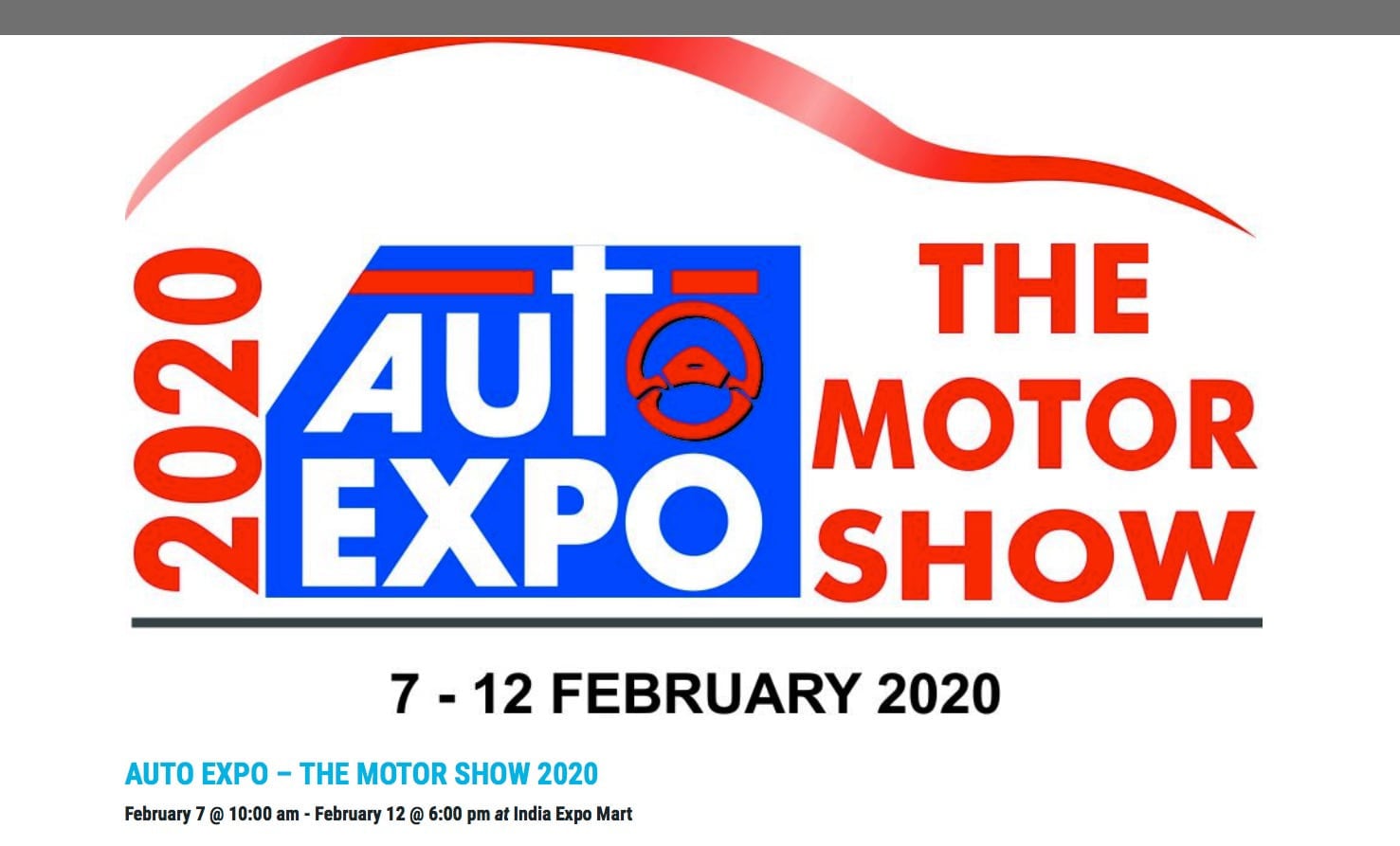 Another significant event in the sector’s international scene is the Auto Expo-The Motor Show in India, scheduled from 7 through 12 February 2020 in the India Expo Mart exhibition district in Greater Noida (40 km from the capital, New Delhi), in the state of Uttar Pradesh.
INFO: www.autoexpo-themotorshow.in.
The important Indian international show, which provides 360° coverage of the mobility sector, will include the participation of the Piaggio Group – through its associate in India, Piaggio Vehicles Private Limited – with all the 2020 innovations of the Piaggio, Vespa, Aprilia and Moto Guzzi brands. 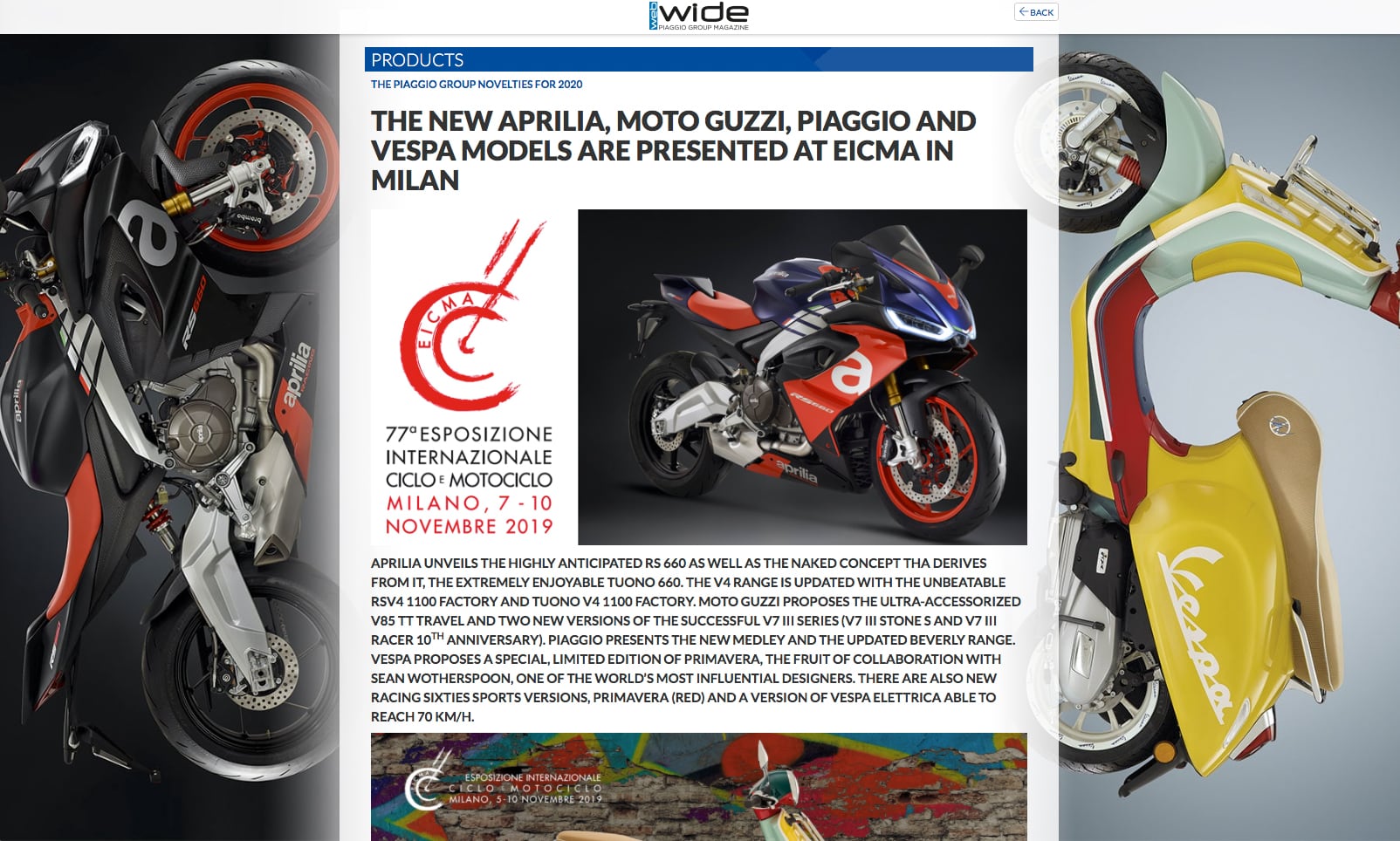