IN IS MOLAS, CAGLIARI

MORE THAN 70 JOURNALISTS FROM 13 COUNTRIES ASTRIDE THE NEW ADVENTURE BIKE FOR TEST RIDES ON A ROUTE, INCLUDING OFF-ROAD SECTIONS, DESIGNED TO ENHANCE THE FEATURES OF THE NEW BIKE FROM NOALE. 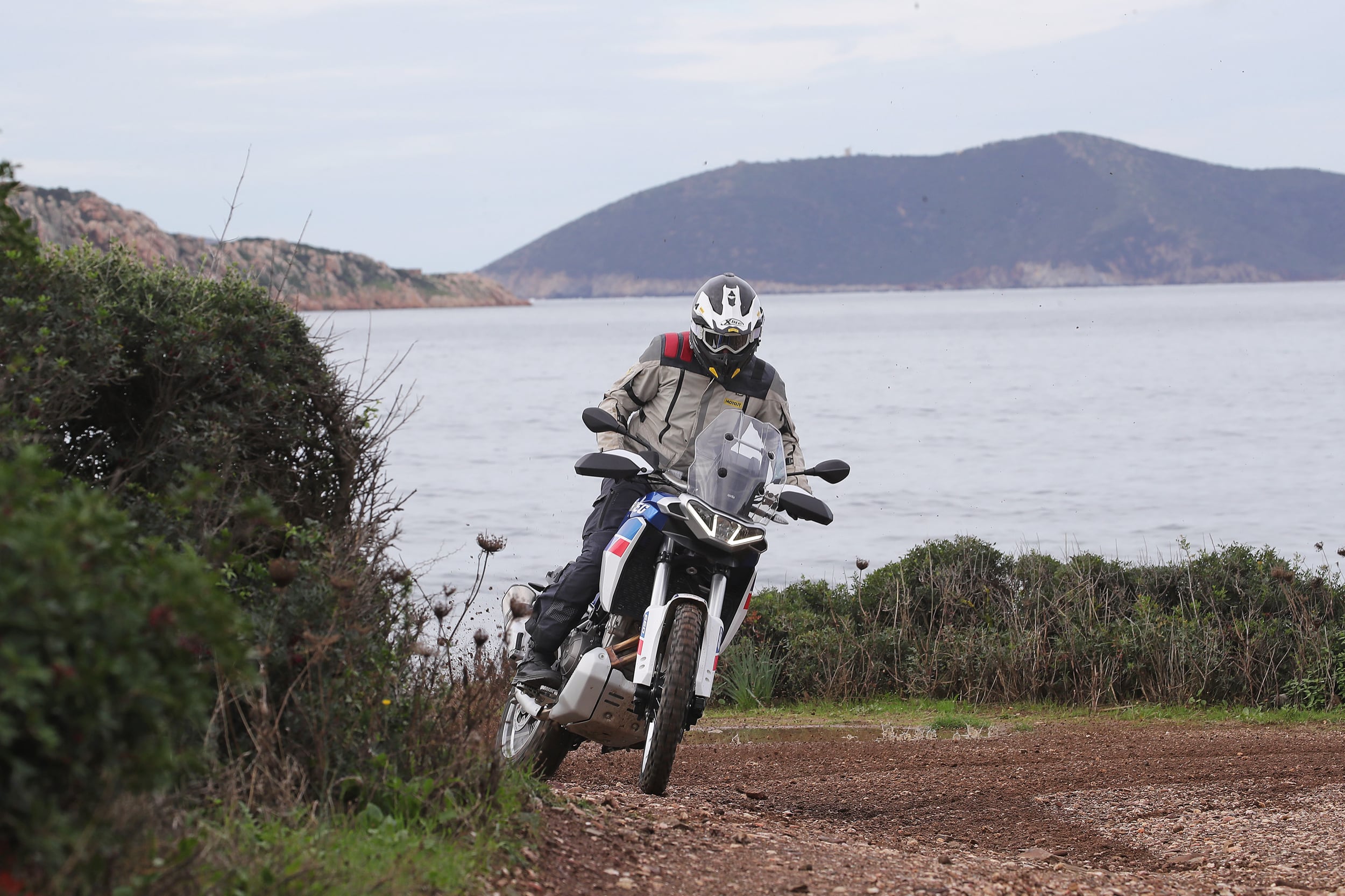 November 2021 – In south-east Sardinia, near Pula, on the charming coastal roads and twisting routes, from 1 through 9 November, the international press launch was held dedicated to the Aprilia Tuareg 660, the new and eagerly awaited adventure bike from Noale. The big event was attended by more than 70 journalists from 13 countries: Italy, Germany, France, Spain, the UK, Holland, Switzerland, Austria, Romania, Poland, Croatia, Greece, and the USA.

The schedule anticipated the arrival of groups of journalists every day. Each group attended the presentation of the bike in the specifically outfitted hall at Is Molas Resort, the venue selected for the press launch (info: www.ismolas.it). Here are a few backstage images “captured” during the presentation.

The team Aprilia speakers provided a broad overview (from product marketing to design, from engine to electronics), interspersing thrilling videos throughout the presentations with the Tuareg 660 “put through its paces” in the most diverse riding conditions.

THE TEST RIDE ROUTE APRILIA TUAREG ON THE ROAD. 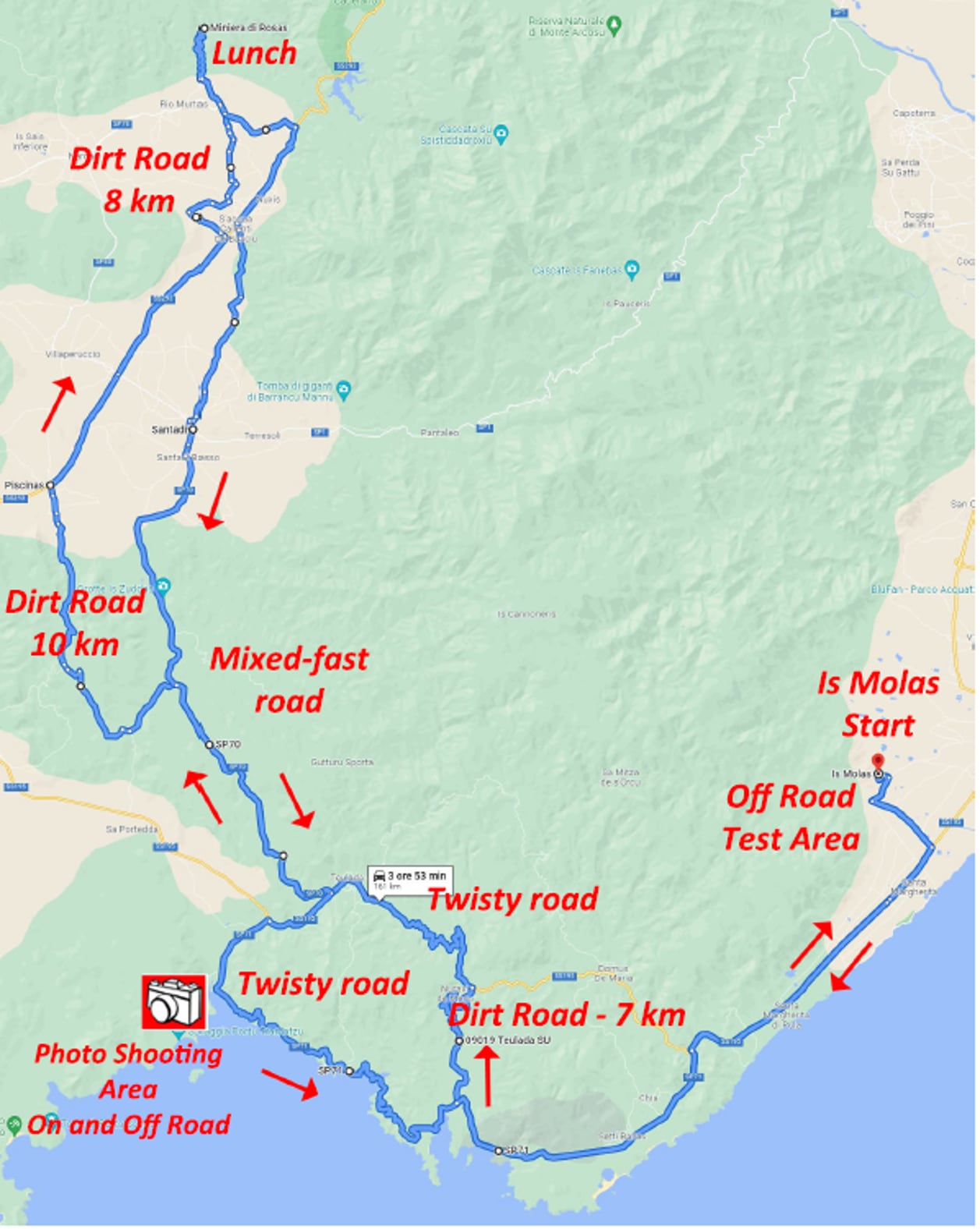 After the detailed briefing, the journalists had the chance to test the Tuareg both on paved roads and on some off-road sections (a total of 161 km, including 25 km off road), even on an off-road route set up specifically near Is Molas, including the area for photo shoots.

The route included an initial leg along the coast before tackling the first off-road segment towards Teulada and then turning northward – taking on 2 more off-road sections – all the way to the Rosas Mines in Narcao (in the heart of Sulcis region), where they had a much enjoyed lunch break in the mining village’s restaurant consisting in Sardinian specialities.

IDEA FOR A BIKE TRIP: AN EXPLORATION OF THE ROSAS ECO-MUSEUM AND MINE.

“Staying in these places is an engaging and exciting cultural journey. It’s a leap into the past that lets visitors identify with the miners’ situation, perceiving the humble lives of those who proudly loved and advanced their work...

Audio translation: In a corner of Sardinia, in the heart of the Sulcis, there's a place where history and magic intertwine in the epic of the mines.

The voice of the mine still echoes in the air and promises deep emotions.”

Last, but not least, the return leg passed through Teulada, then taking the winding inland road to Is Molas. Intense, engaging, and thrilling days with the Tuareg 660 in the leading role, followed by numerous articles published in specialised periodicals and newspapers, as well as TV and web segments. What can we say? The new Aprilia adventure bike has everyone talking, from Europe to the States. 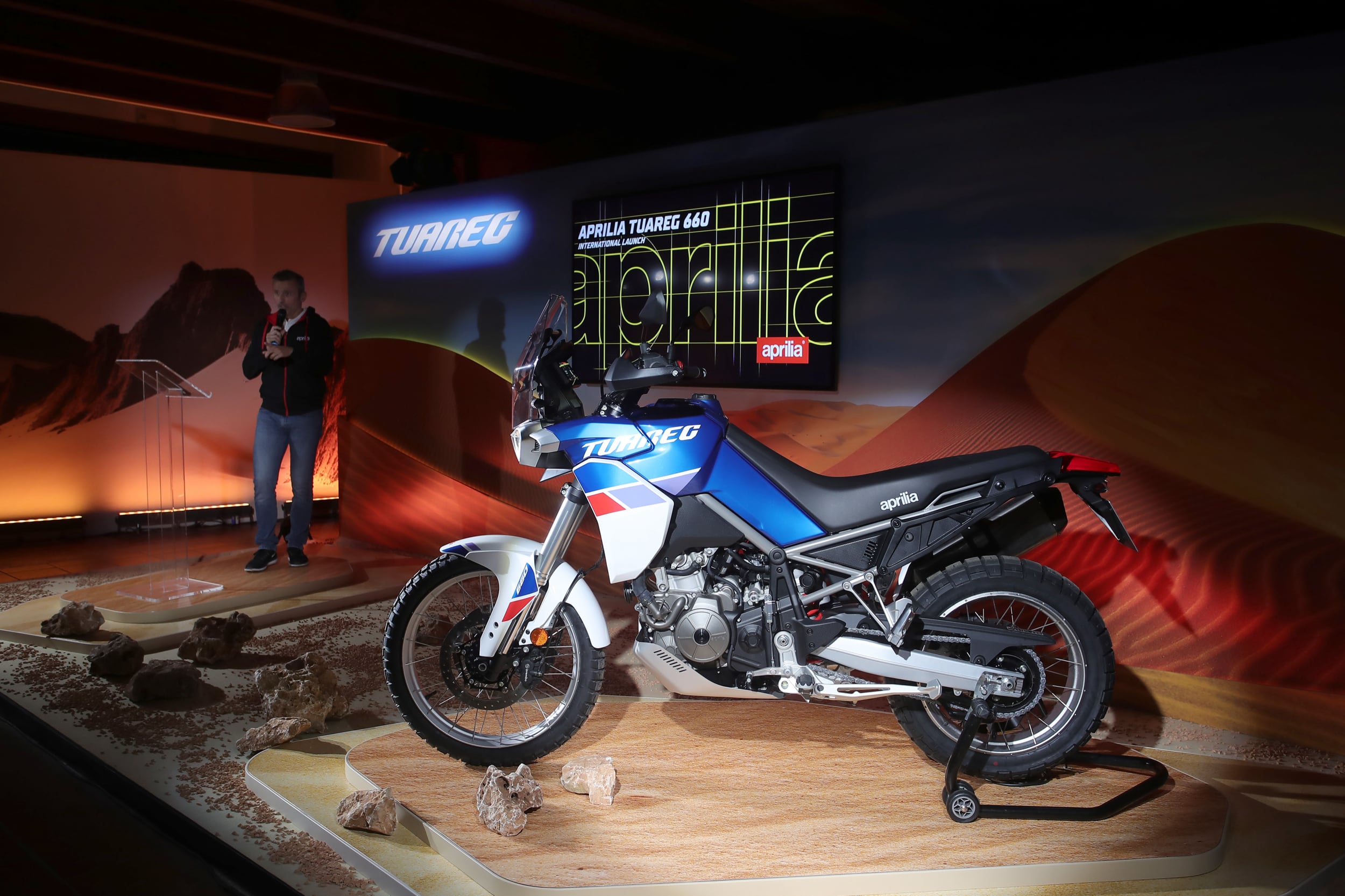 And the vast public of enthusiasts will have the chance to see it up close at EICMA 2021 in Milan (25-28 November). In the meantime, from the beginning of November, you can book it online from the dedicated website:
www.aprilia.com/gb_EN 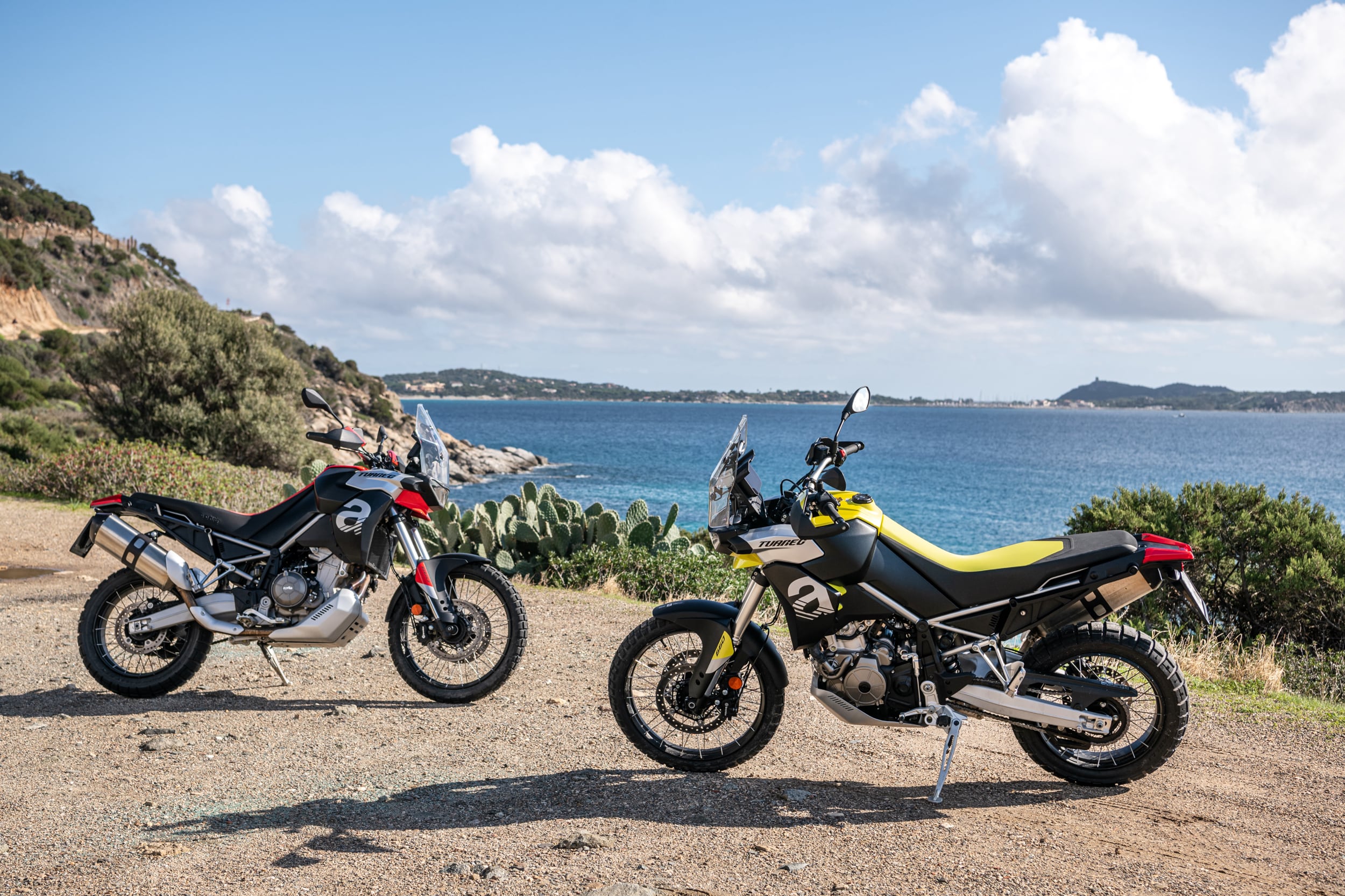 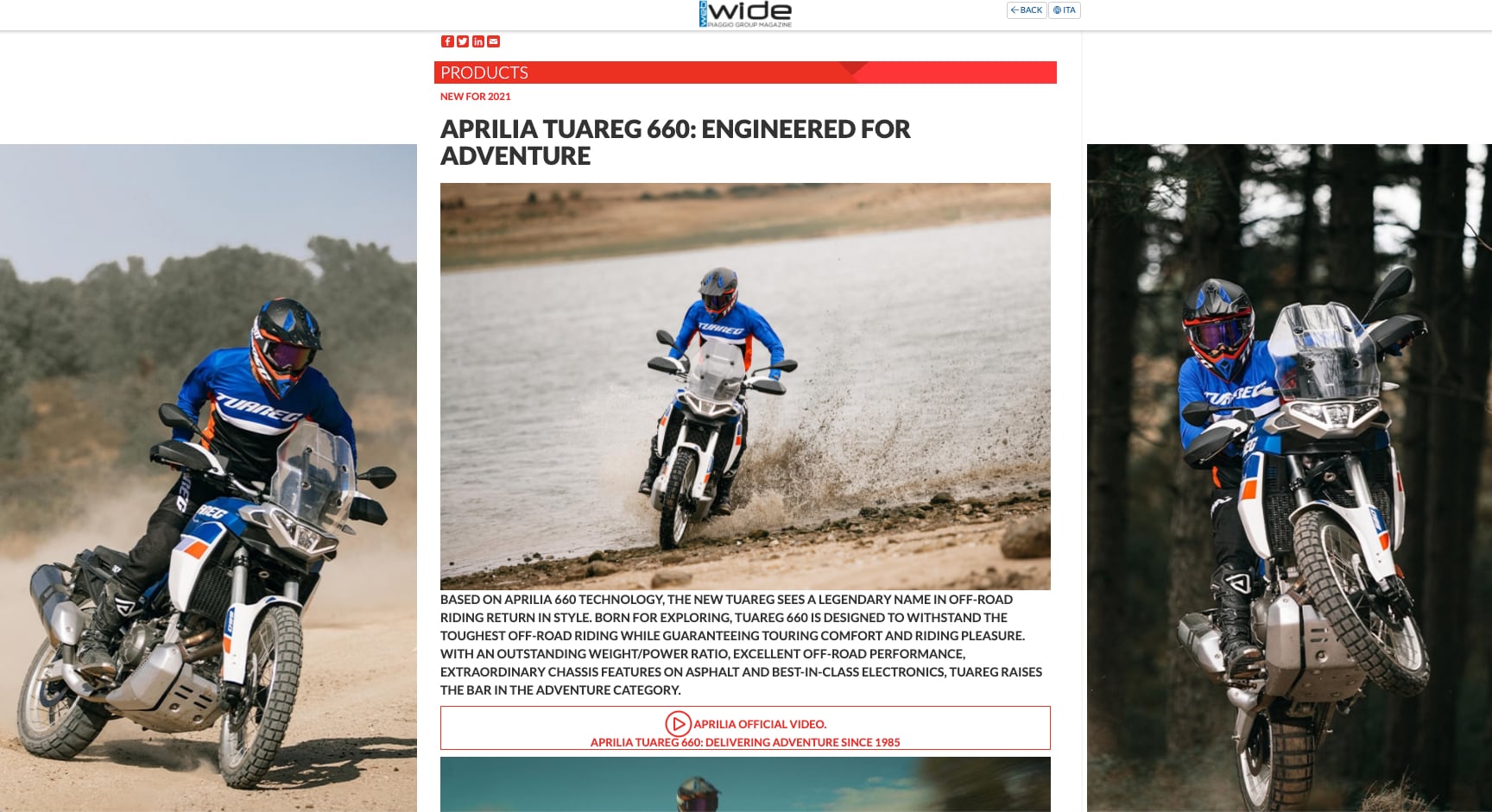