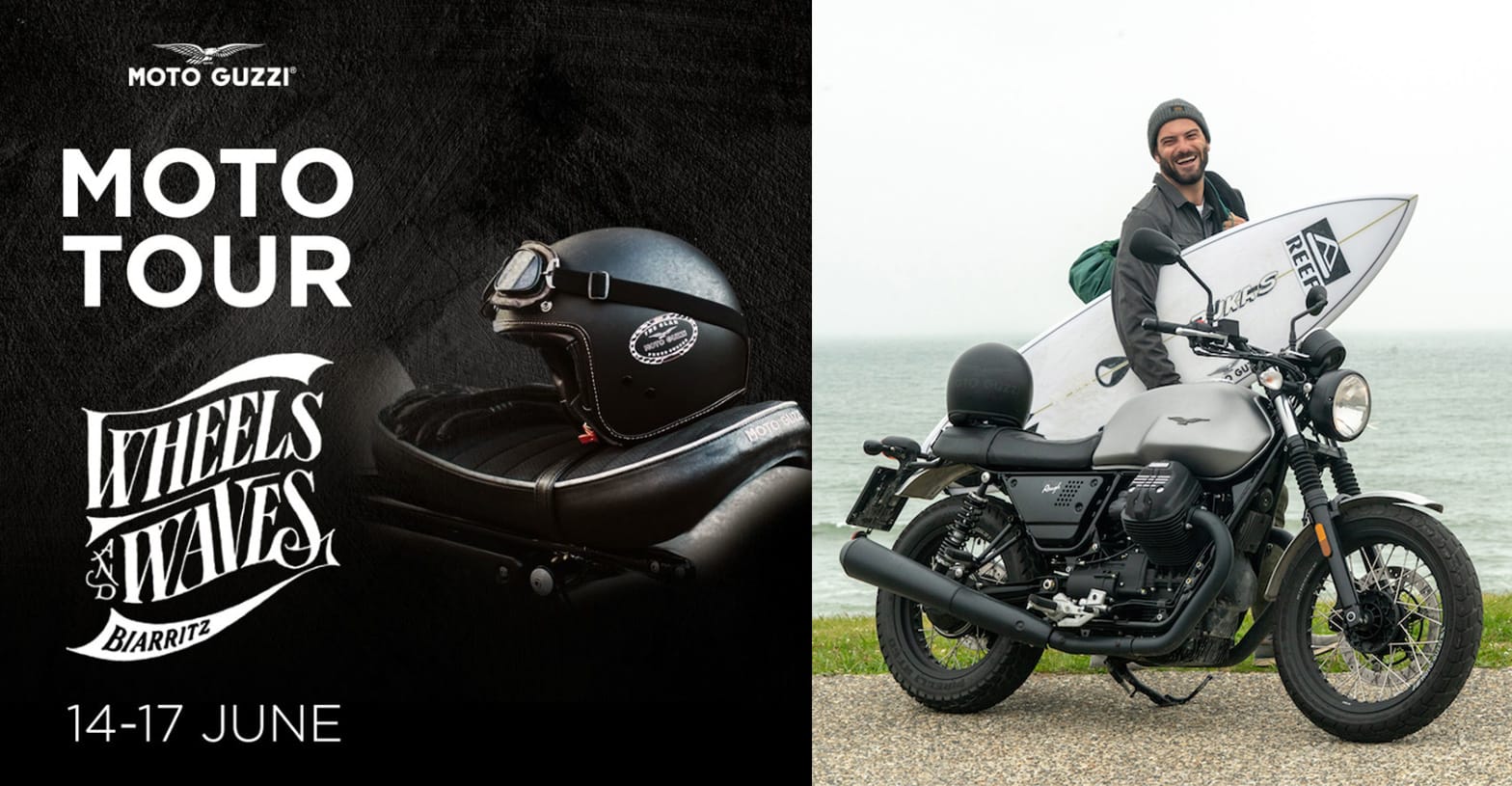 Thursday June 14 through Sunday 17 2018, Moto Tour Moto Guzzi and The Clan went to the Atlantic coast of France for the seventh Wheels & Waves in Biarritz. Four days of fantastic competitions (like the Punks’ Peak Sprint Race), spectacular surfing and skateboarding performances, waves, music, thrills and surprises. Moto Guzzi had plenty to offer the many fans who came to enjoy this event focusing on classic and vintage bikes, which is also an important showcase of new developments in the international motorcycling world.

What better place to unveil the Moto Guzzi V7 III Limited, a special new version made in a limited run of only 500 numbered bikes in Mandello del Lario. 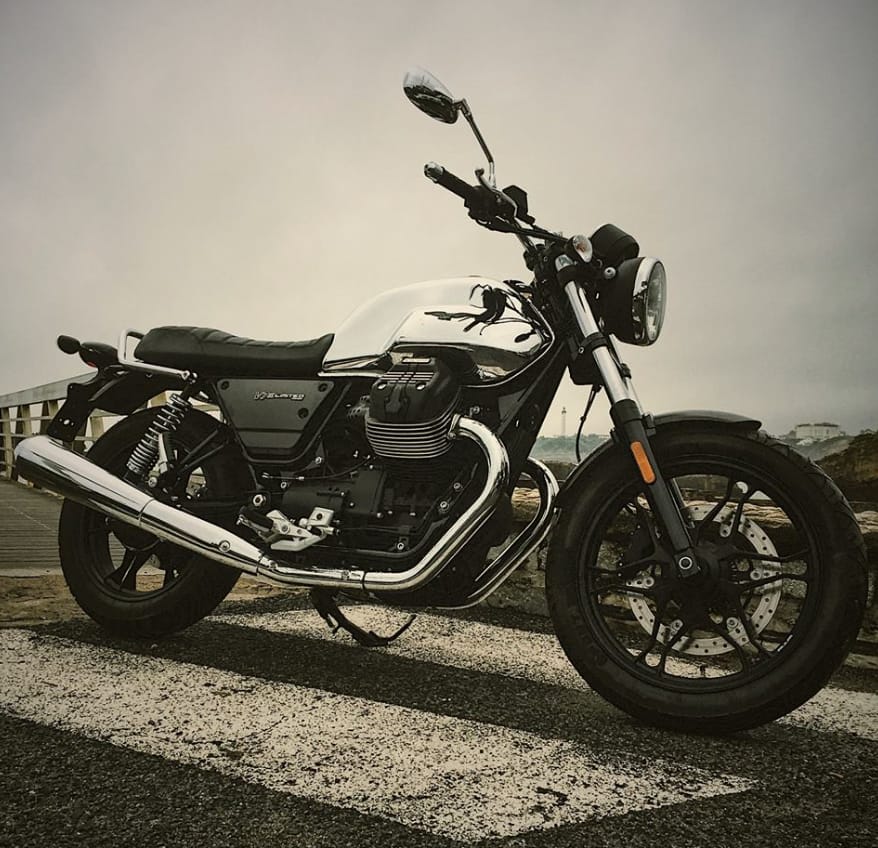 Biarritz also saw the unveiling of the Moto Guzzi Special by French trainer John of 4:10, based on the MG Le Mans; all that remains to be done now is find a name good enough for it! Submit your suggestions to #NameMY Guzzi.

Biarritz is not just another stop on the Moto Guzzi Moto Tour: it’s something the biker community looks forward to all winter.

Numerous members of The Clan met in the Moto Guzzi area for a ride between the hills and the cliffs of the seashore, testing MGs in the 2018 range on display at the stand, where there was also an official Aquila lifestyle shop (with fun challenges offering an opportunity to win MG gadgets). There was also a review of special MGs such as the ones featured on the TV programme Lord Of the Bikes (on Sky Uno). The Guzzi fans present at the event included Italian surfer Roberto D’Amico (shown in the photo below and at the start of this article), riding around the Cité de l’Ocean on a brand new Moto Guzzi V7 III Rough with an exclusive Moto Guzzi surfboard.

After stopping by the Biker Fest in Lignano Sabbiadoro (Italy), The Reunion in Monza (Italy) in May and Wheels and Waves in Biarritz in June, the Moto Guzzi 2018 Moto Tour will conclude on the weekend of June 29 – July 1 with the 42nd Motoraduno Stelvio International in Sondalo (info: www.motoraduno-stelviointernational.com), in the Alps of the Trentino-Alto Adige Italian northern region. 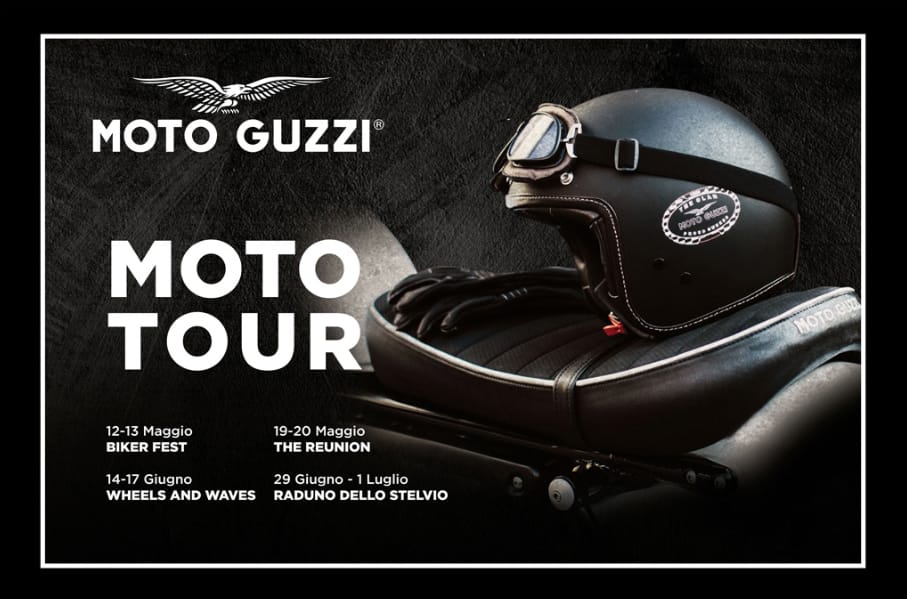