February 2021 – For the first time ever, a double international press launch for the 2021 news from the Piaggio Group motorcycle brands: Aprilia with the Tuono 660, and Moto Guzzi with the V7, presented simultaneously. The launch was held successfully from 15 to 20 February in Lazio (centre of Italy, near Rome), in the renowned Castelli Romani area, involving 60 journalists from nine countries: Italy, France, Germany, the Czech Republic, Poland, Greece, Switzerland, Croatia and Slovenia.  Location: Park Hotel Villa Grazioli in Grottaferrata (on the slopes of the Albani Hills), a historic cardinal villa, richly decorated with seventeenth and eighteenth century frescoes, is one of the 12 Tuscolane Villas built by the papal nobility in the sixteenth century, later restored in the eighteenth and nineteenth century, surrounded by an exquisite park. 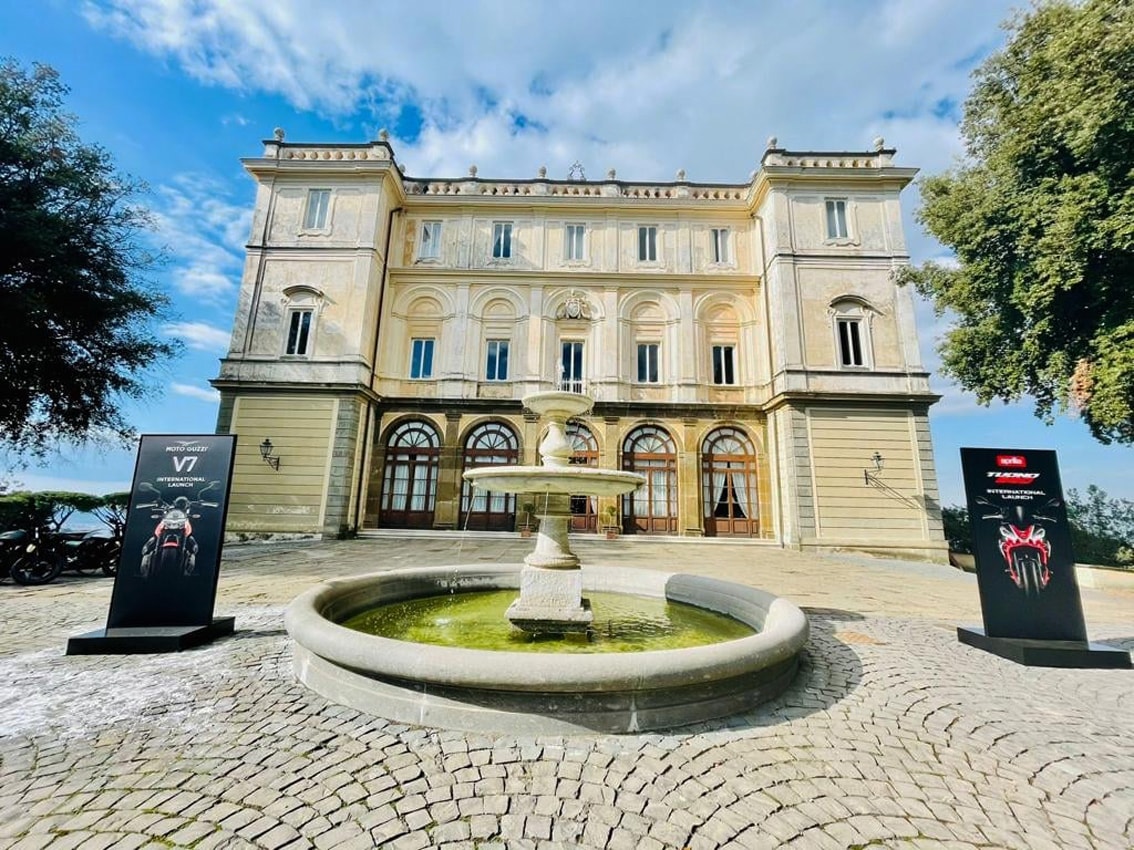 There was an evocative contrast between the architecture, the frescoed halls and the vintage furnishings of the historic dwelling and the technological gems from Noale and Mandello, lined up along the paths of the park.

During the week of the press launch, the event organisation anticipated a stream of staggered arrivals and departures for groups of journalists. The work schedule was always the same: double media brief, held in a historic hall, with thrilling introductory official videos (editor's note: available on the home page and in the Best Videos section) dedicated to the new models, and decked out bikes displayed on “rotating” stages, unveiling first the Moto Guzzi V7 and then the Tuono 660.

After the product presentations, there were test rides along the charming streets of the hilly Castelli Romani area, where the journalists were able to test and fully appreciate the qualities of the new bikes.

In the days and weeks following the launch, between the specialised press, newspapers, websites and TV broadcasts, numerous pieces were released in the national and international press dedicated to the new Moto Guzzi V7 and the Aprilia Tuono 660, including videos made using small drones. Ready to tackle any road.

EVERYTHING YOU WANT TO KNOW ABOUT THE NEW APRILIA TUONO, WITH OFFICIAL VIDEO:
wide.piaggiogroup.com/en/articles/products/aprilia-tuono-660-as-powerful-as-a-thunder-as-light-as-a-cloud 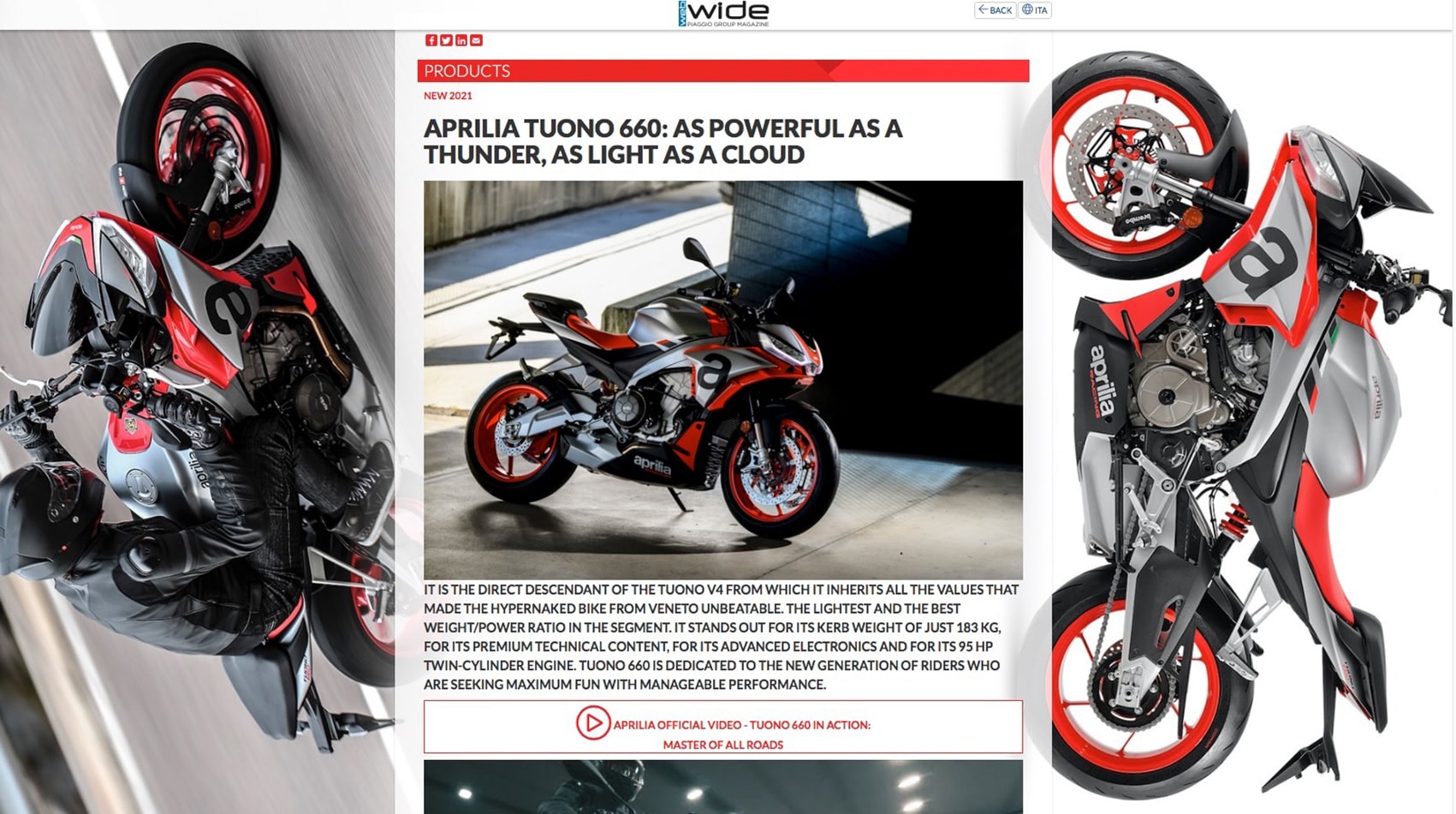 EVERYTHING YOU WANT TO KNOW ABOUT THE NEW MOTO GUZZI V7, WITH OFFICIAL VIDEO:
wide.piaggiogroup.com/en/articles/products/new-moto-guzzi-v7-range-more-power-performance-speed-comfort 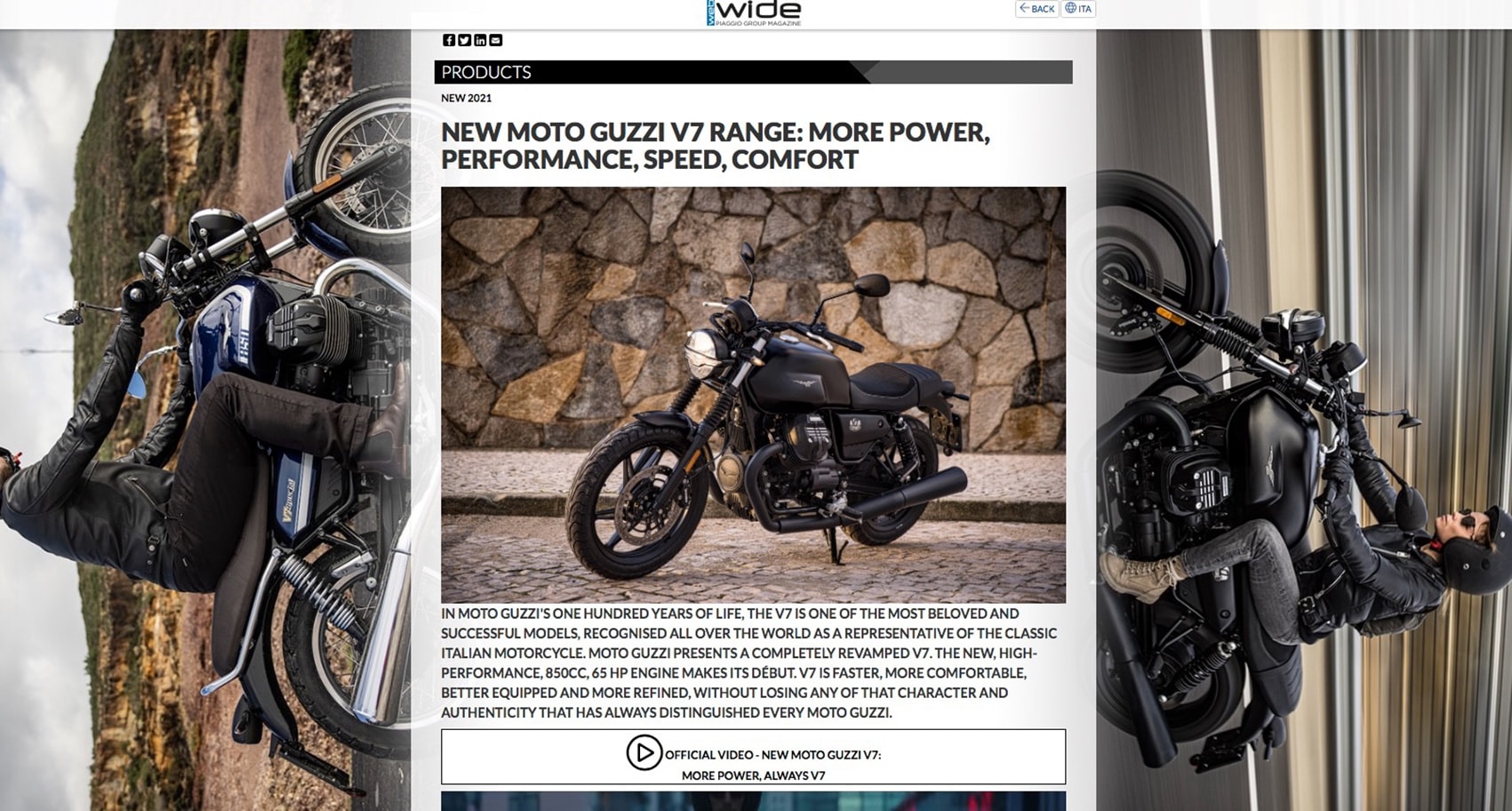