January 2022 – “Do not touch” is the usual admonition for museum visitors. But there is a museum – a space ‘without barriers’, unique in its kind – where visitors can touch the works on display. It’s called the “Museo Tattile Statale Omero” in Ancona (Italy), and it occupies the north-east side of the spectacular Mole Vanvitelliana, a large, eighteenth-century complex by the sea, pentagonal in shape and in the port area of the splendid coastal city. 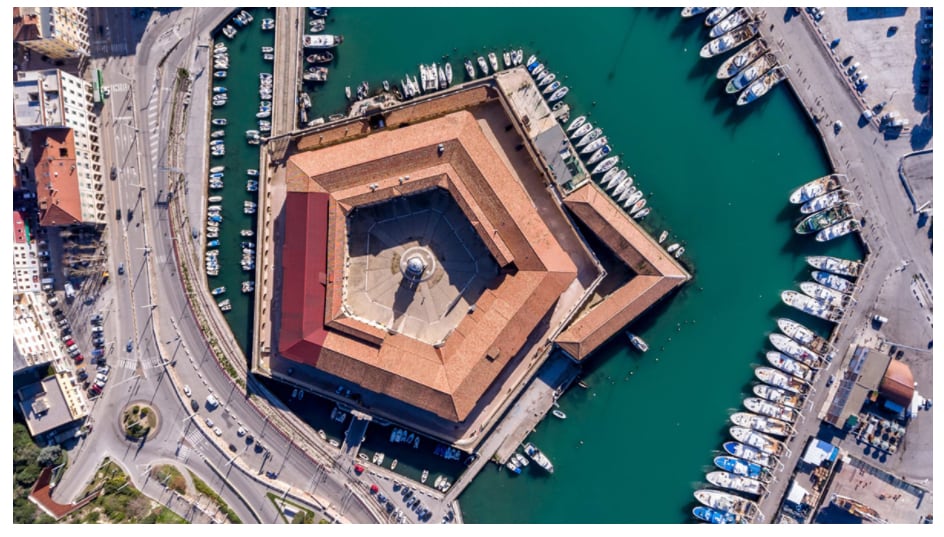 The presentation published on the museum’s website reads: “The exhibition, which can be accessed from the internal courtyard of the Mole Vanvitelliana, occupies 1,500 square metres over two floors and displays more than 150 works. Casts from true copies, in plaster and resin, of undisputed masterpieces of classic art, from ancient Greece to the Renaissance, interact with our architectural models: the Discobolus, the Winged Victory of Samothrace, the Poseidon of Cape Artemisio, the Venus de Milo are placed near the scale model of the Parthenon; the Capitoline She-wolf and Roman portrait statues accompany the volumetric and sectional models of the Pantheon. Next there is the Medieval section with examples of the Romanesque and Gothic styles, then the Renaissance area where models of Florence Cathedral and St Peter’s Basilica in Rome provide the setting for, among others, the mighty works of Michelangelo: the Pietà from St Peter’s, the Rondanini Pietà, the Pitti Tondo and the Taddei Tondo, Moses, David and still more.

Touching is still and always will be indispensable for us!
This is the only museum in the world where art meets touch, sight, and thought and produces a sensation called amazement.
A space where you can get back to feeling good and spending time in the company of art.
A place without barriers inhabited by students, families, associations, people with disabilities - particularly sight disabilities - in short, by all those who are curious to get to know art in an alternative way.
A place where you can educate sight, thoughts, and hands .

All the exhibits can be explored and enjoyed through touch. Descriptions are available in Braille and in large print and there are mobile platforms with stairs for exploring the tallest sculptures. In the early 1990s, the Museo Omero began collecting works which were carefully selected to illustrate the history of sculpture. The collection has grown over the years thanks to numerous acquisitions, and it now contains about 300 works including casts from true copies of ancient and modern works, original 20th century and contemporary sculptures, scale architectural models, volumetric models and original archaeological finds. 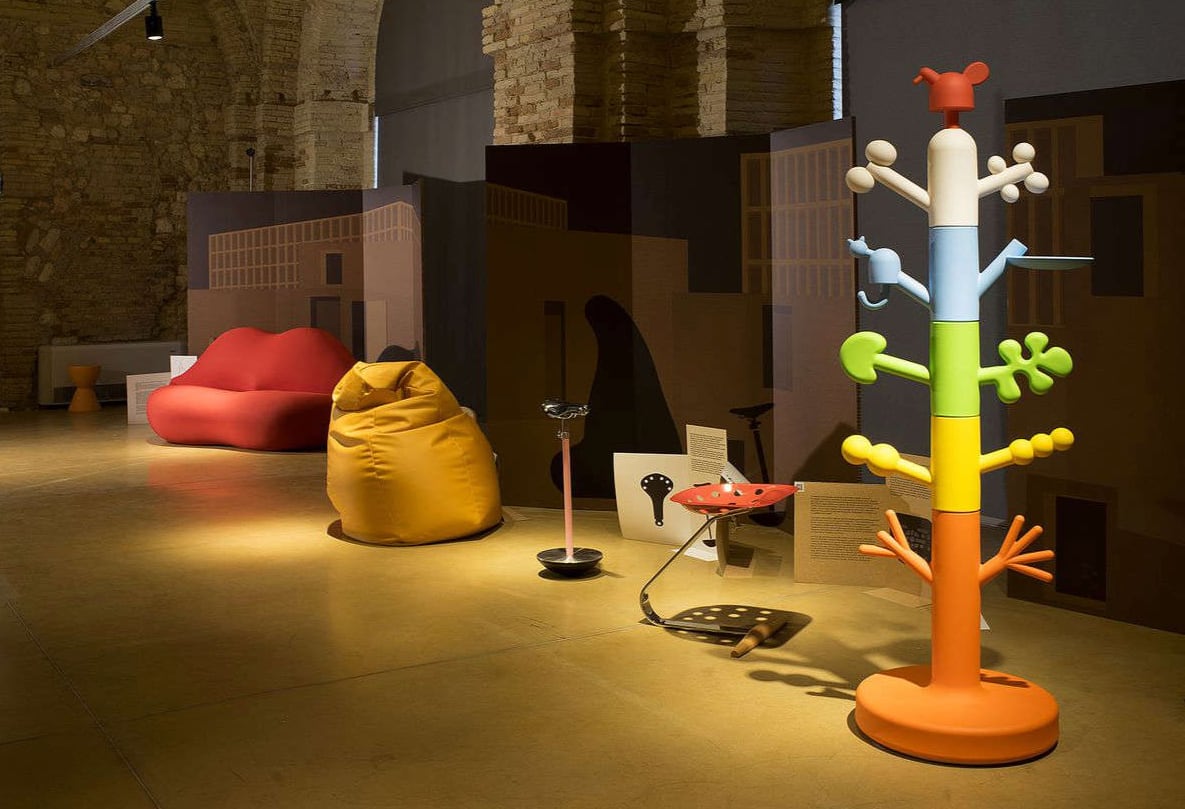 On December 2021, was inaugurated the Design Collection: “A new space specially created to be a multi-sensory environment, just like the Museo Omero, where you can get to know thirty-two iconic examples of Italian design. Among the manufacturing companies are: Anonima Castelli, Alessi, Artemide, Bialetti, Brionvega, Danese, Dainese, Fiam, Flos, Gufram, Guzzini, IFI, Kartell, Magis, Minerva, Olivetti, Pandora design, Piaggio, Tod’s, Siemens, Voiello, Zannotta. The entrance is separate, on the Mandracchio side of the Mole.”

The thirty-two works conceived by twentieth-century masters of design and produced by Italian companies, have won or been mentioned in the Compasso d'Oro industrial design awards. The display is theme-based: travel, living, cooking, work, play. From the Piaggio Vespa to the Bialetti Moka, from the Cubo radio by Brionvega to the Valentine typewriter by Olivetti. The exhibit curator is Fabio Fornasari. Thirty-two iconic artefacts to “touch with your hands” and…hear. In fact, a collection of short audio files is also available on the museum’s website which describe the items hosted in the Design collection: www.museoomero.it/media/audio 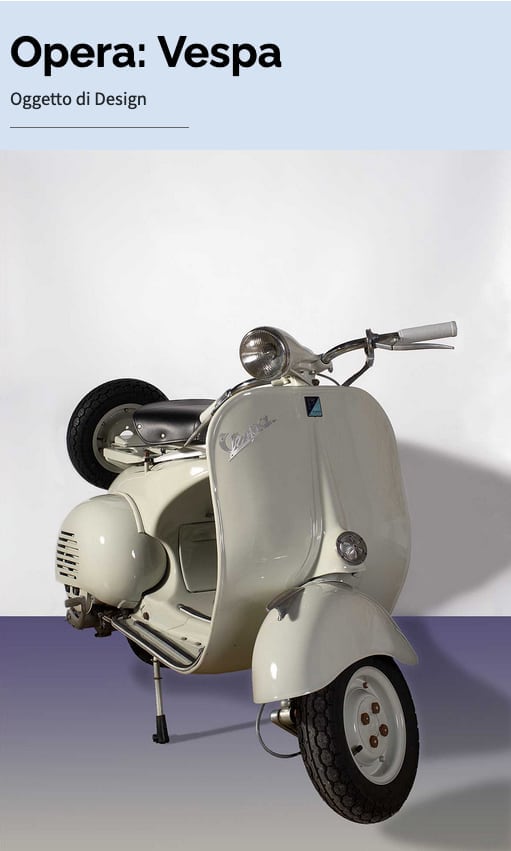