“VESPA SOUNDS COOL”: THE NEW EXHIBIT AT THE PIAGGIO MUSEUM 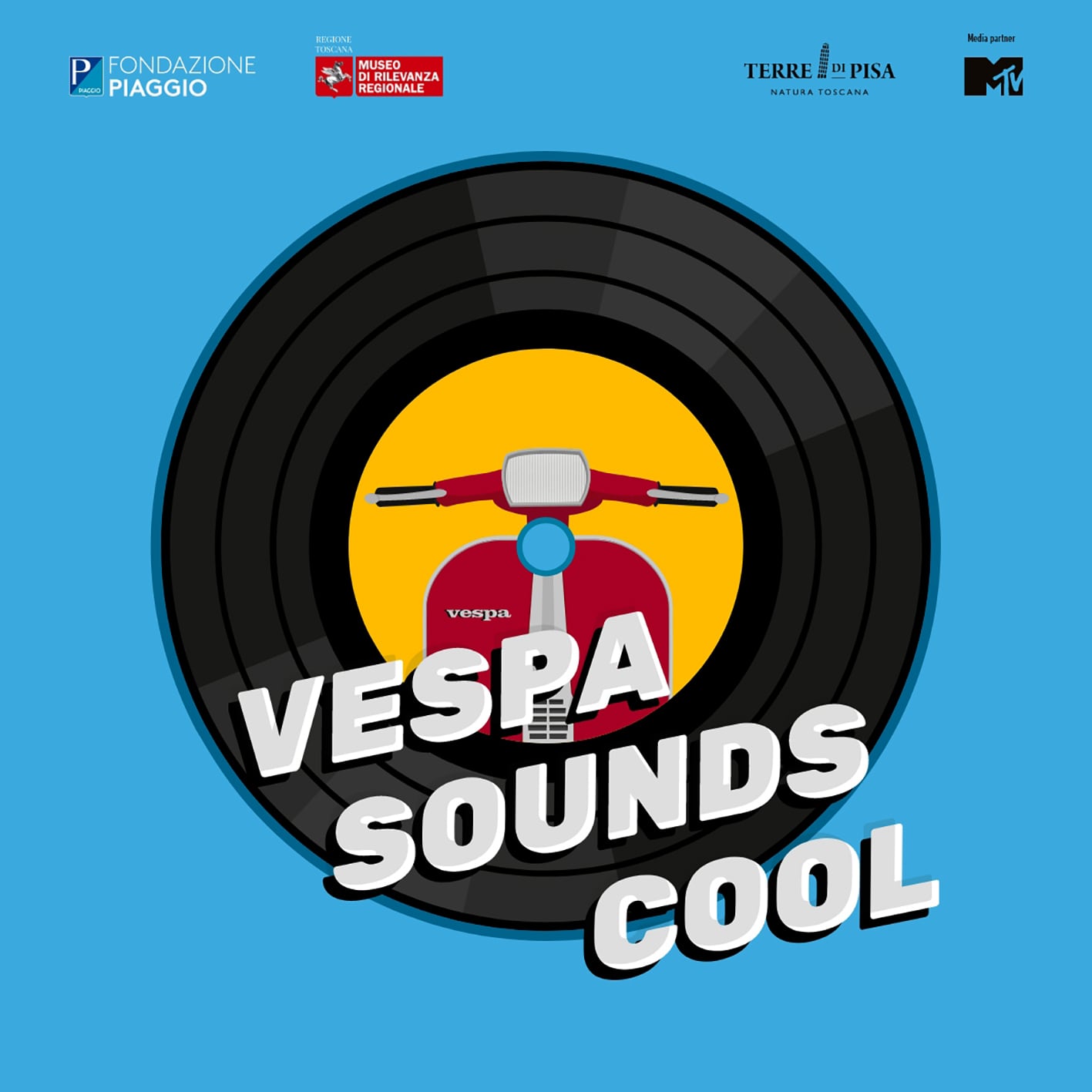 May 2022 - Vespa and music are united by a powerful bond; even back when the world's most famous scooter was in its infancy, the Vespa was linked to the musical styles of 1960s England, which saw the birth of trends that would come to shape entire generations.

Vespa has been the star of various seminal works of rock history, such as Quadrophenia, The Who's concept album, and Absolute Beginners, the musical film by Julien Temple with David Bowie and Patsy Kensit. An unbreakable bond that continued through the '80s, with the Vespa taking centre stage in countless music videos in the decade dominated by the phenomenon that was MTV, and through the '90s too, with the all-Italian smash-hit success of Lùnapop's 50 Special.

The relationship between Vespa and the art of music has deep roots and continues to capture the collective imagination through songs and popular videos. Elsewhere, Piaggio Group communications dedicated to its most famous brand are rich in musical references. JUSTIN BIEBER X VESPA is a recent example of this link to music - the exclusive new Vespa model is conceived and designed by the pop star himself.

This year, to celebrate the brand's affinity for music and to blow out the 76 candles on its birthday cake, Vespa has decided to create #VespaSoundsCool, an exhibition scheduled to take place at the Piaggio Museum in Pontedera launched on 23 April and open through 8 October 2022. An unmissable event, and an opportunity to discover just how Vespa and the music industry have crossed paths over time, always capturing the spirit of the moment and on many occasions, successfully anticipating future trends. 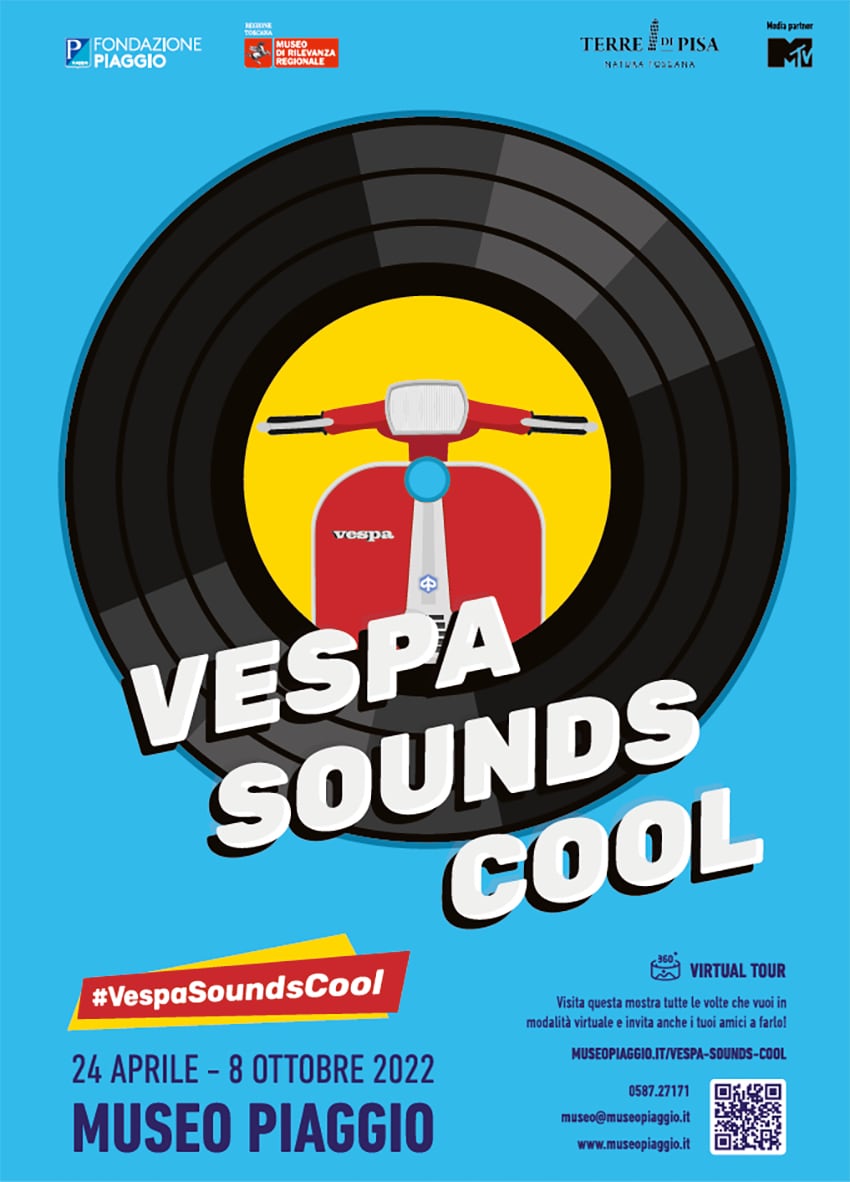 Thanks to extensive research and the invaluable contribution of our exceptional media partner MTV - Paramount's entertainment brand which is broadcast in Italy exclusively on Sky (channel 131 and streaming on NOW) - to the exhibition, visitors will be able to enjoy a wide selection of video clips in which Vespa stars alongside artists such as Lùnapop, Jovanotti, Elisa, David Bowie, Depeche Mode, Gwen Stefani and the Black Eyed Peas.

In the rooms of the Piaggio Museum, which can also be visited via virtual tour on Museopiaggio.it, a range of extraordinary artefacts that illustrate the long relationship between Vespa and music are on display, including rare vinyl records with Vespa covers that visitors can also listen to, courtesy of the interactive stations and an authentic vintage jukebox.

An exclusive selection of valuable objects with a musical theme from a private collection dedicated to Andy Warhol will take pride of place, accompanied by five historic Vespa models selected as being the most emblematic of the Italian brand's timeless relationship with music. 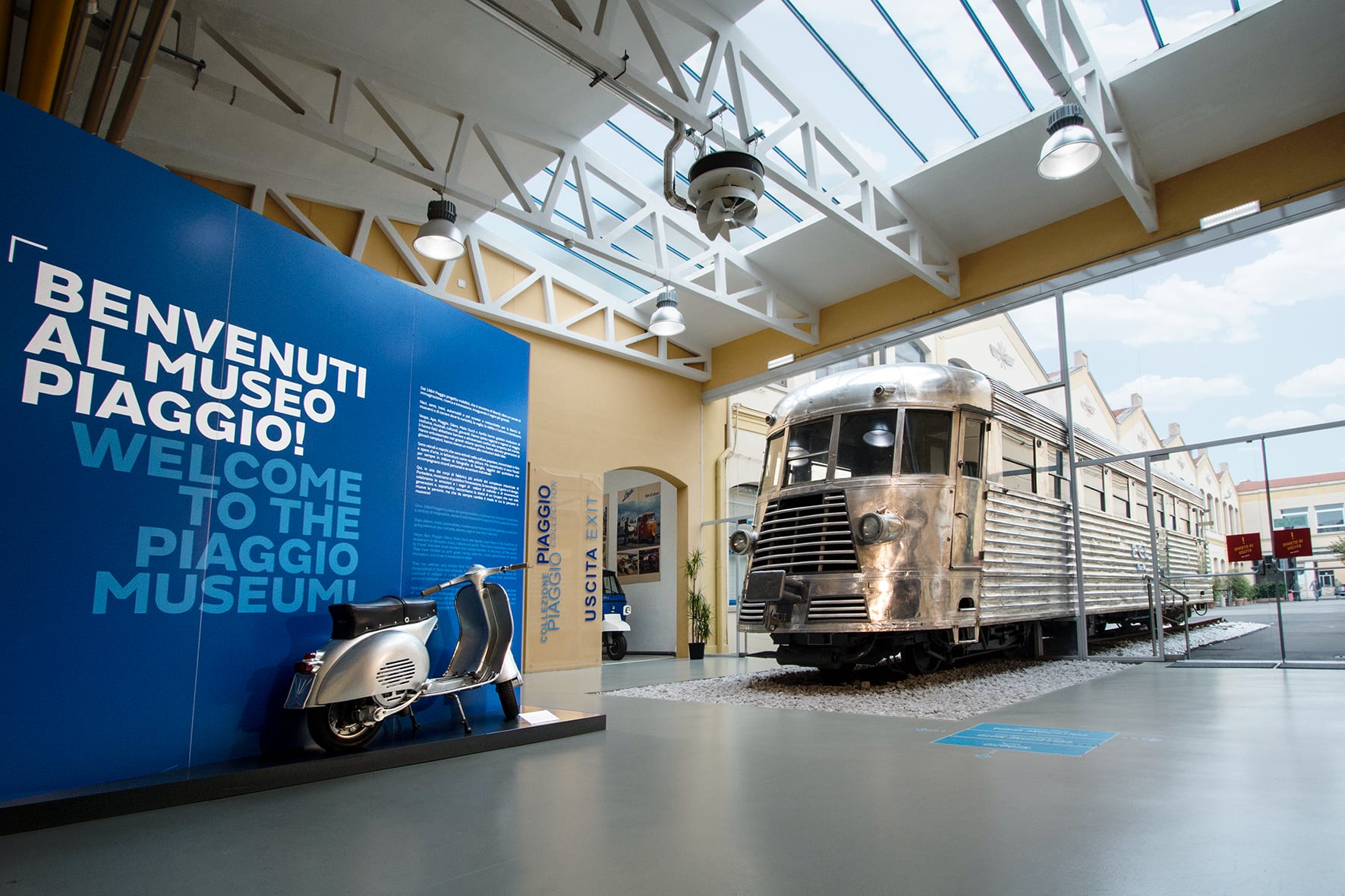