Each year, in Palm Springs, California, Amazon organizes a three-day robotics convention, the content of which remains strictly confidential, with only a few select international companies invited to attend. During each MARS (Machine Learning, Home Automation, Robotics and Space Exploration) event, Amazon CEO Jeff Bezos tests robots that are at the cutting edge of robotics. And this edition (held in mid of March, with final conference on 20th) saw him enjoying the company of Gita – “That’s super cool!” he said – the cargo robot developed by Piaggio Fast Forward (PFF), the Piaggio Group company that serves as its centre for research into future mobility.

A robot parade at #mars2018 — the round ones are autonomously following the dog. Also, a drone. pic.twitter.com/6Ah13j0oL1 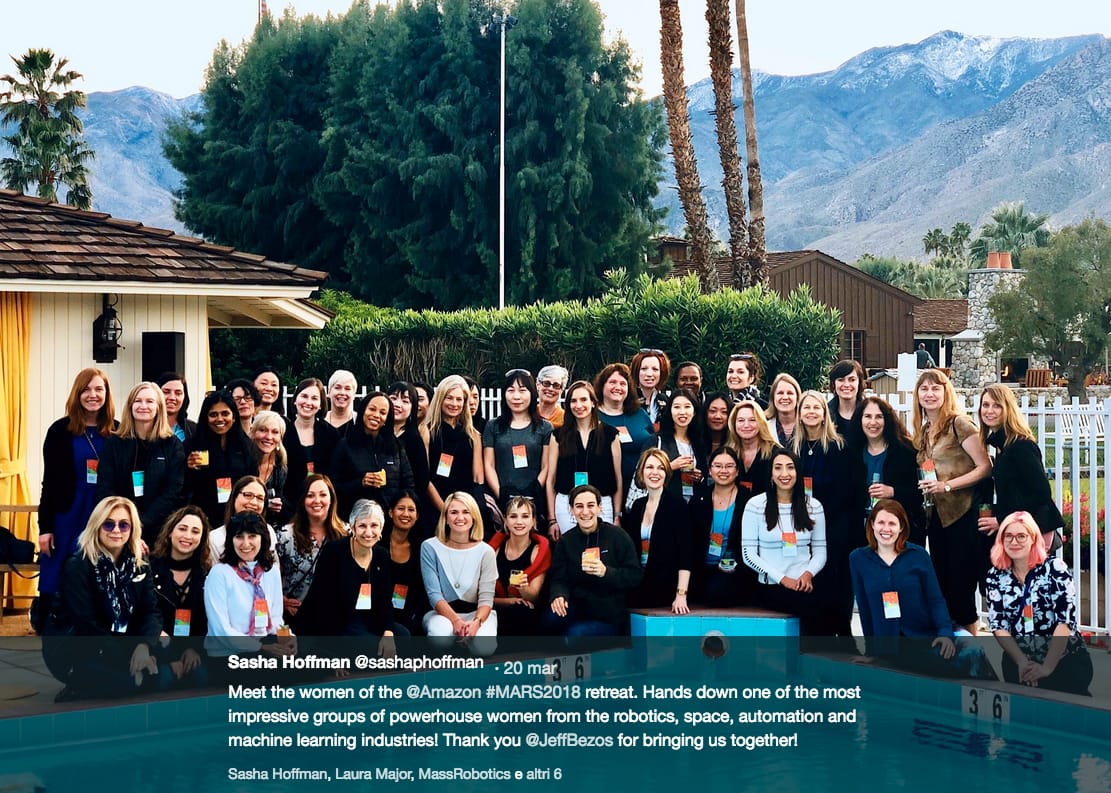 An intelligent vehicle, it can move autonomously and is designed to improve mobility performance in increasingly complex urban settings. With a payload of up to 100 kilograms, it is autonomous for 20 kilometres on an urban circuit. It can accompany a person, map its surroundings, exchange data and control anything that moves around it.