APRILIA’S RETURN TO SOUTH AFRICA: LAUNCH OF THE RSV4 AND TUONO RANGES ON THE KYALAMI CIRCUIT 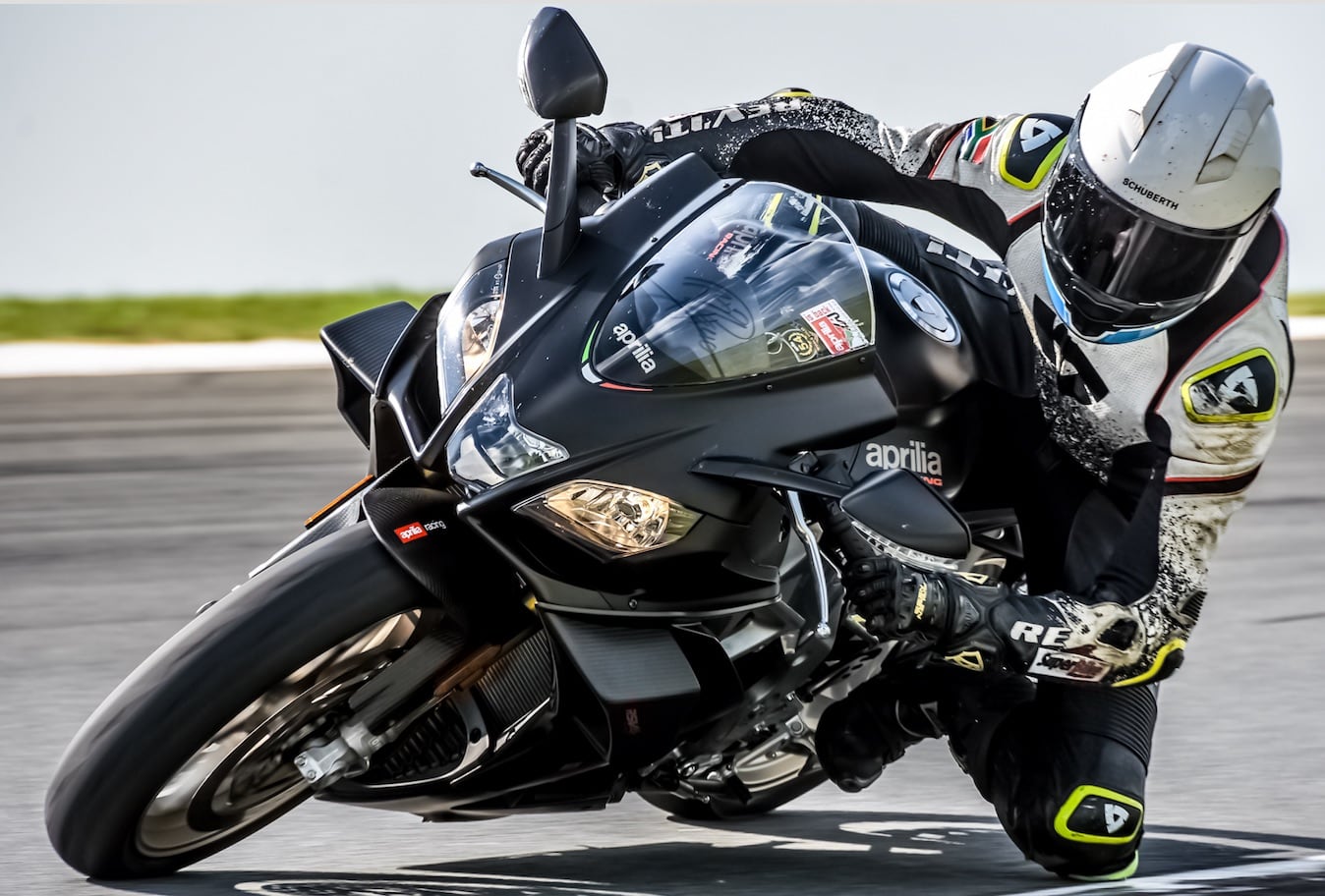 IMI-ITALIAN MOTORCYCLE IMPORTERS IS THE NEW MOTORCYCLE, SPARE PARTS AND ACCESSORIES DISTRIBUTOR FOR THE APRILIA AND MOTO GUZZI BRANDS. AFTER THE OPENING OF THE SHOWROOM IN BRYANSTON (JOHANNESBURG) AND THE TRACK EVENT THAT MARKED APRILIA’S RETURN TO THE SOUTH AFRICAN MARKET, ANTICIPATION FOR THE NEW 2020 MODELS IS ALREADY GROWING.

March 2020 – The news, announced by the South African press last summer, had created great anticipation among Aprilia and Moto Guzzi fans: “Italian motorcycle brands Moto Guzzi and Aprilia are back in business. An agreement between Piaggio Group, the global owner of these marques, Vespa SA (South Africa) and the Italian Motorcycle Importers (IMI) of South Africa, will see IMI become the sole distributor of both brands as well as their parts and apparel.”

And so, from last September, the Italian Moto Guzzi and Aprilia bikes began to enhance the Bryanston headquarters in Johannesburg which includes – in addition to the sales showroom – a service centre for both brands. Not only this, but according to Jon Isherwood, IMI’s chief operating officer, they will also source parts for any historic model from Piaggio. Ian Huntly, CEO of IMI, had this to say to the specialised periodicals: “The names Moto Guzzi and Aprilia have always stirred the senses, whether you are talking about the long open road or the race track, and now they have a new ‘home’ in Bryanston” (in the Maserati Johannesburg building). 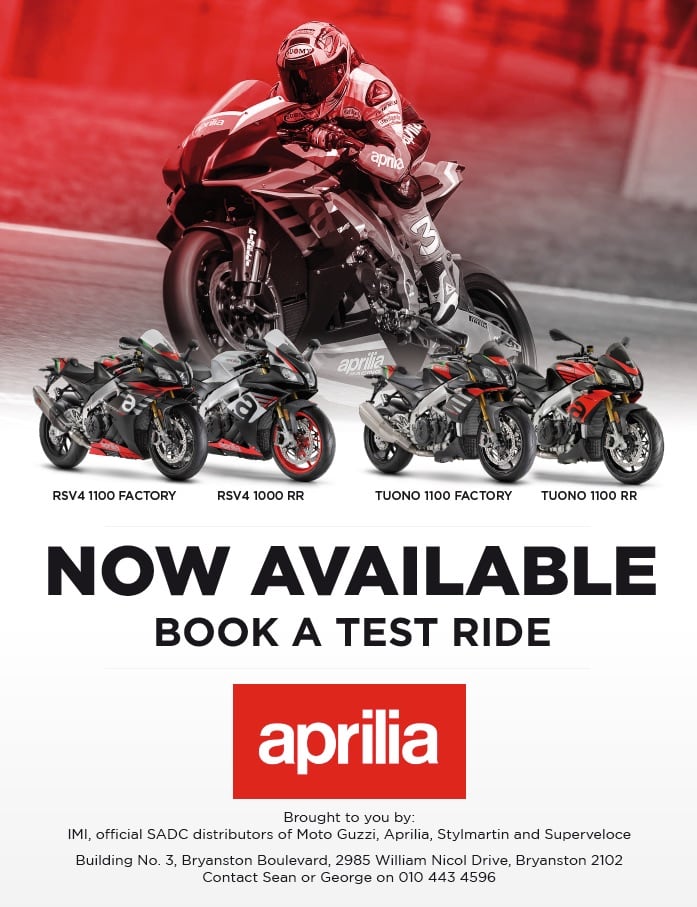 The specialised periodicals in South Africa write: “Aprilia is famous for their range of sports motorcycles, most notably the RSV4 range of superbikes that are universally praised for V4 motors, easy handling and advanced electronics. Moto Guzzi is an iconic name in motorcycling, and are famous for their range of stylish, characterful machines sporting their signature lateral V-twin motors with the two cylinders protruding from underneath the tank.”

Andy Reid of Vespa South Africa ( www.vespa.co.za) had this to say: “We are very pleased to have reached an agreement with Italian Motorcycle Importers to represent these famous brands from our stable across SADC. After a long search to find the right partner that shares our values and that balances enthusiasm and business acumen, we are confident that the team at IMI will give our customers a great experience and lasting value.” 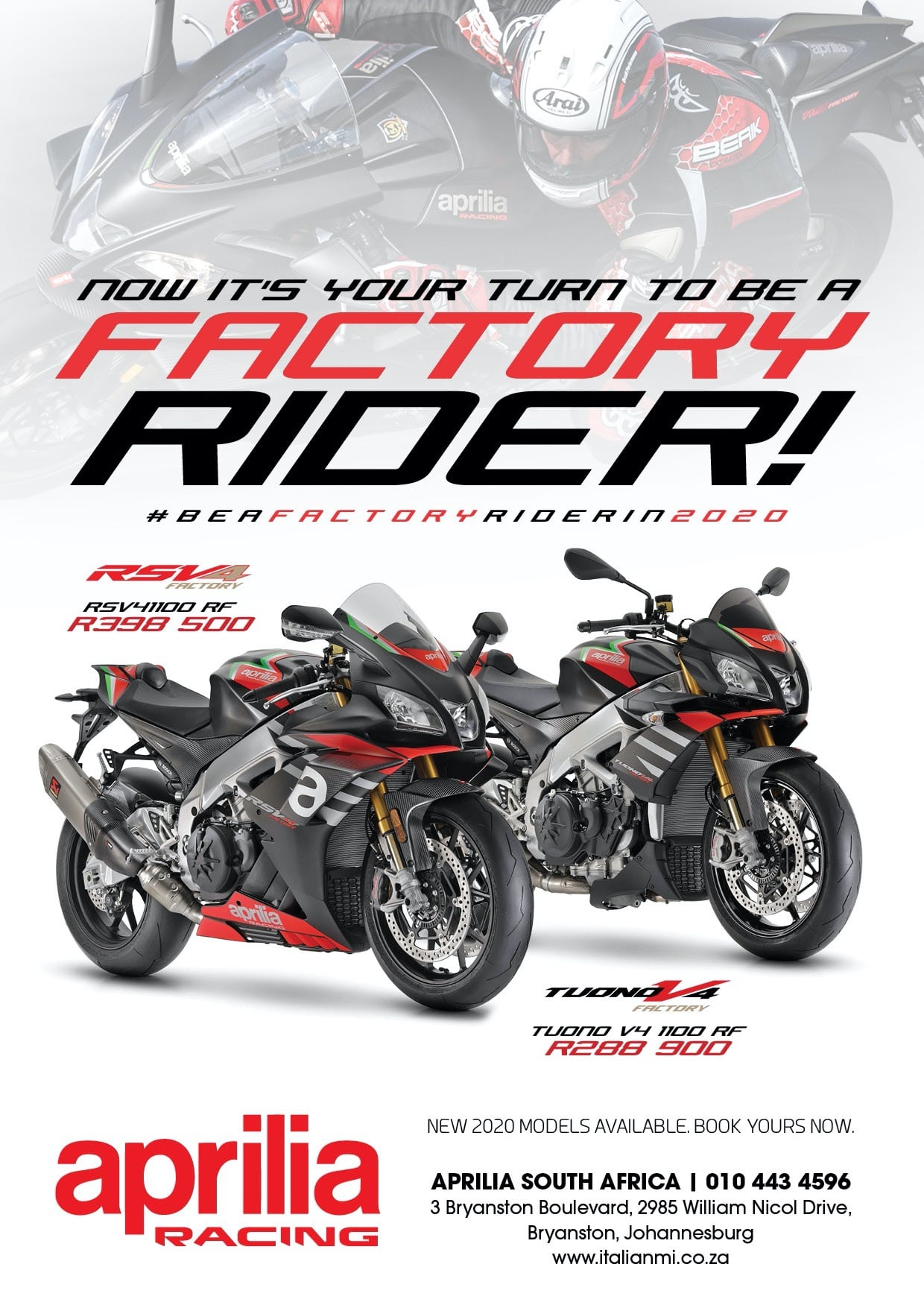 After the recent launch event on the Kyalami circuit track (to which the prestigious periodical RideFast magazine dedicated a thorough, 12-page article), with thrilling test rides of the Aprilia range (and the aggressive Aprilia SR 150 scooter was also there), Jon Isherwood and Ian Huntly of IMI (motorcycle enthusiasts, racers and motorcycle collectors), are already promoting the new 2020 Aprilia RSV4 and Tuono V4 models. 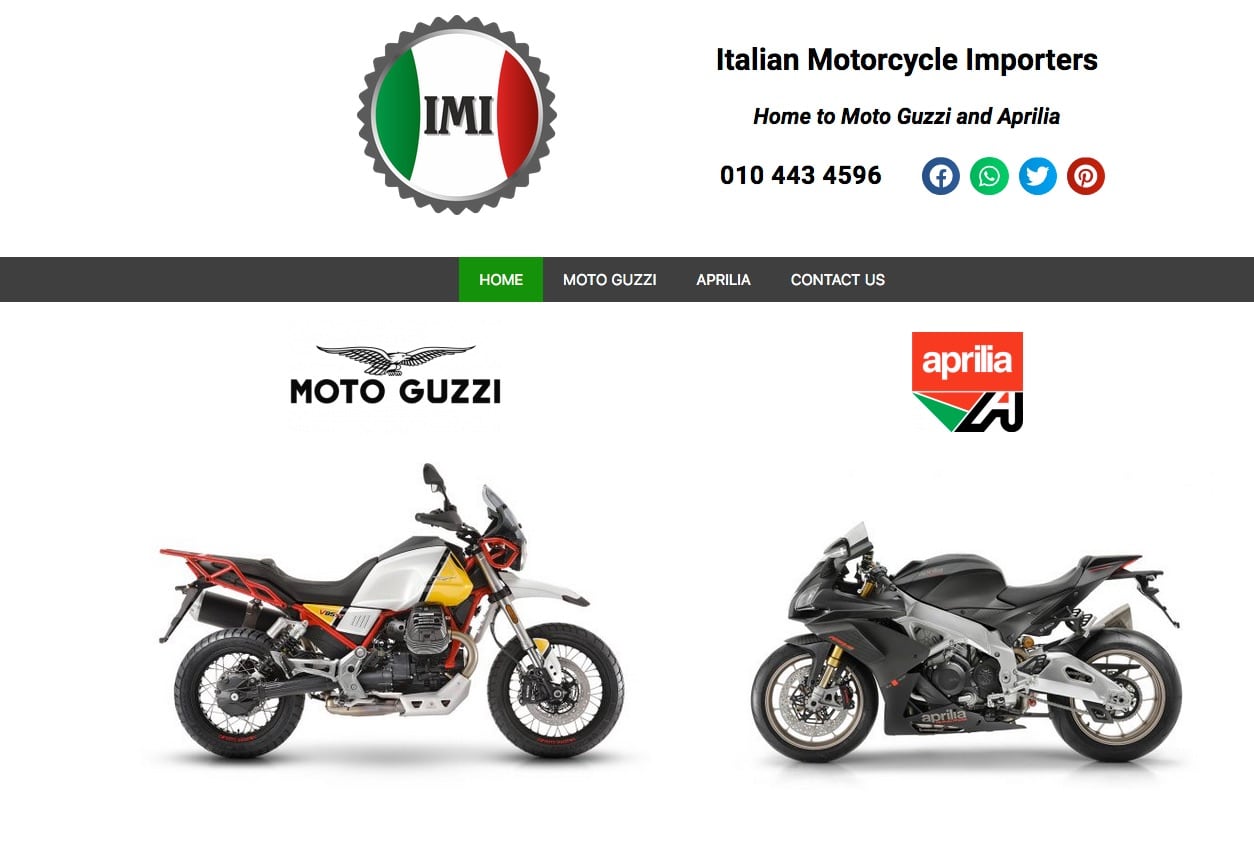