BEAUTY ON A VESPA

PHOTOSHOOT BY IMPORTER ETS TRACQUI WITH THE MODELS FROM THE MISS TAHITI BEAUTY CONTEST AND TAHITI FASHION WEEK. AND THE SPLENDID IMAGES "TRANSFORM" ALSO THE PAPEETE BUS.

For “Tahiti Fashion Week” (a fashion and creativity event attended by the top international griffes, associated with a high-profile “mannequin” contest), Vaea Tracqui, chairman of “ETS TRACQUI & FILS”, the Piaggio Group importer based in Papeete, Tahiti, French Polynesia, organised a photoshoot for an important communication campaign for the Vespa. The co-stars were models Heitiarii and Mehiata and the fascinating male model Tehotu, shown with the world’s best-looking scooter: the Vespa. The photos feature the Vespa Sprint, Primavera and GTS models. Location: the island’s loveliest spots with their lush vegetation. The 1950s provided the inspiration for the chic look of the models, slacks and flipflops for Tehotu. The photographer was one of the top names in fashion shoots: Teiki Devendeville.

The Vespa has always had close ties with the beauty world, ever since it made its debut more than 70 years ago. Vaea adds: “After Miss Tahiti bought a Vespa, everyone wanted one.” And so the residents of Tahiti (the largest of the Windward Islands in the south Pacific), buy around one thousand Vespa scooters every year from Mr. Vaea and his staff. A superlative performance. 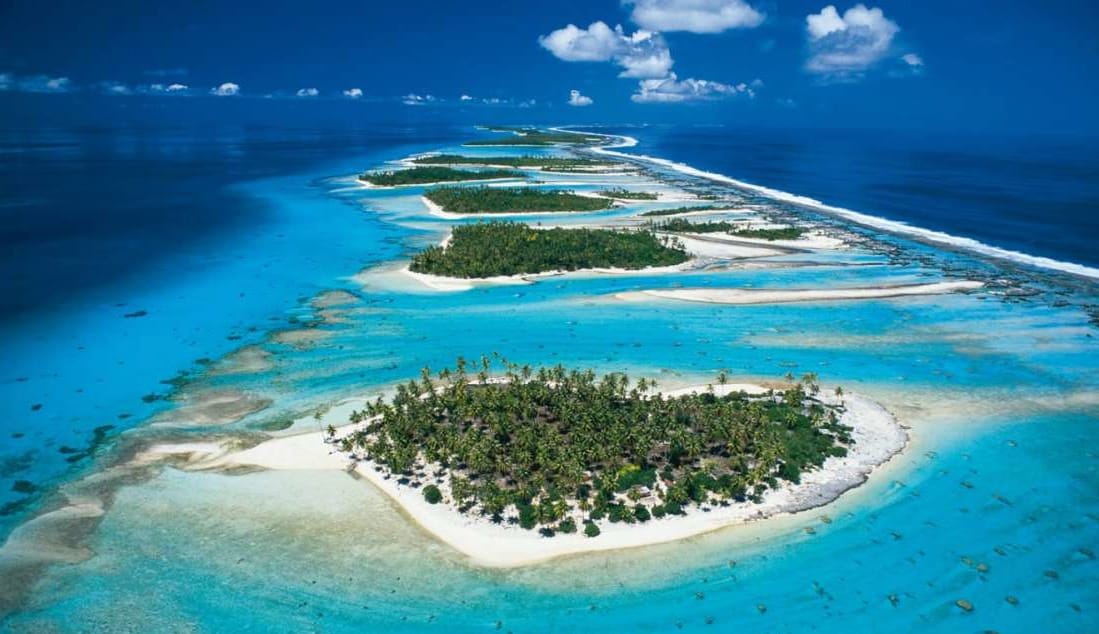 Added lustre comes from the Miss Tahiti contest, which first began more than 50 years ago: the crowned queen is regarded as a “symbol of gentility, elegance and beauty”. Not just for a year, but for the rest of her life. A beauty queen for ever. Like the Vespa.

The beauty in Vespa "runs” even on the bus that crosses the center of Papeete, fully covered by the beautiful images: another initiative of the importer of Tahiti. 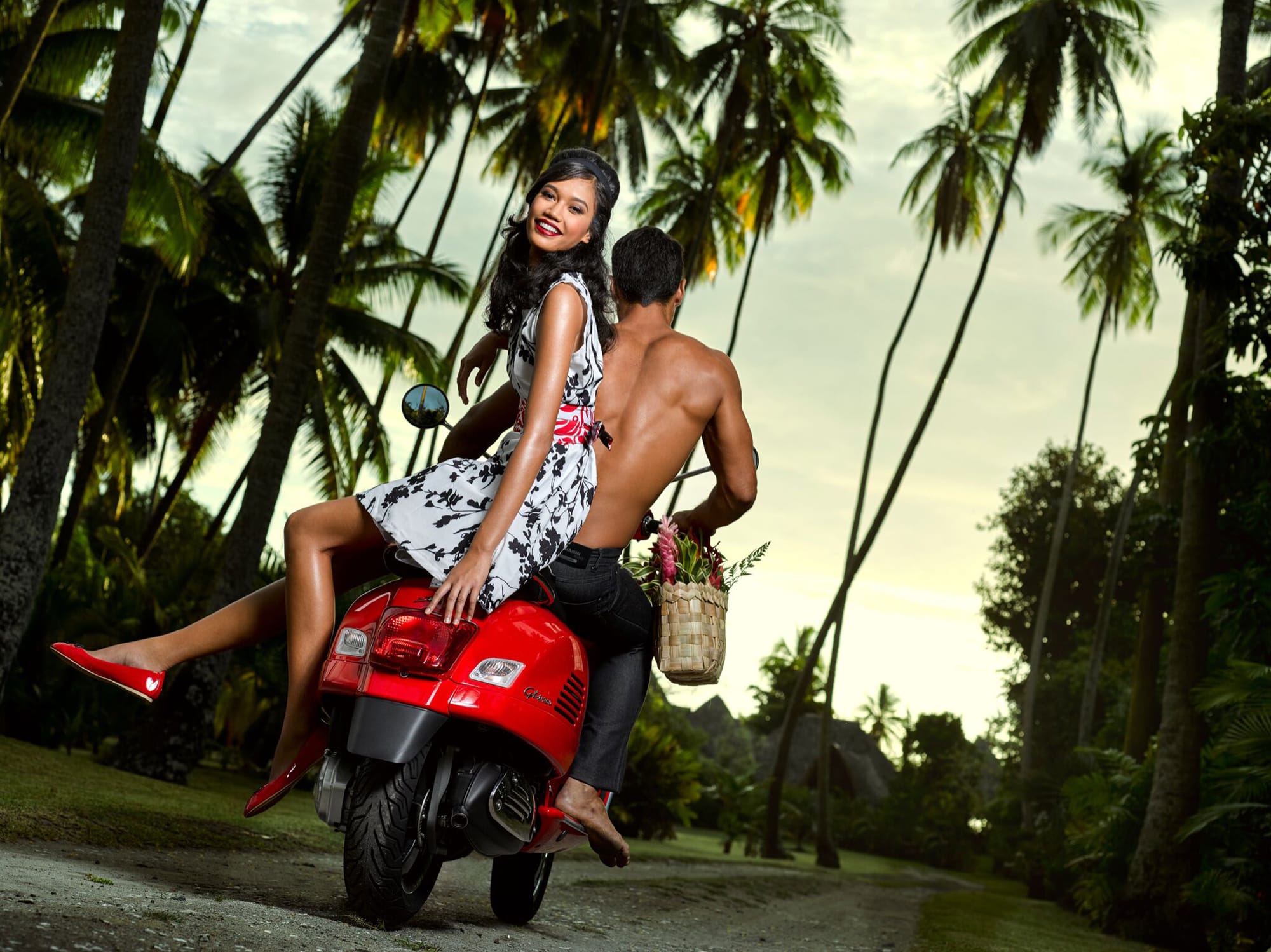