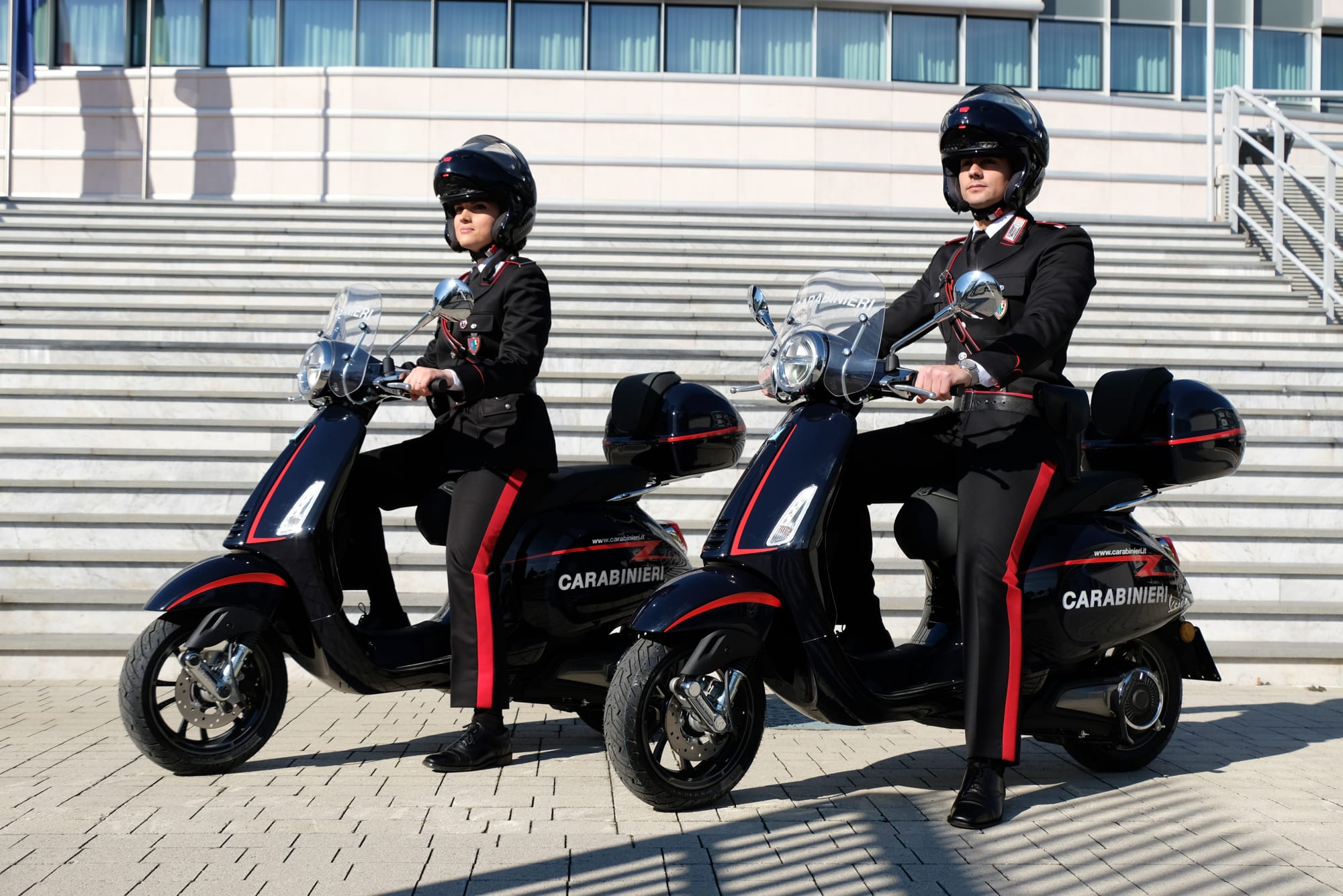 THE INNOVATIVE ZERO-EMISSIONS SCOOTERS “DRESSED” IN THE CORPS’ UNIFORM: A PERSONALISED LIVERY IN THE CARABINIERI COLOURS.

Florence, 15 February 2019 – “From today, two Piaggio Vespa Elettrica scooters are in the possession of the Carabinieri Marshalls and Brigadiers School in Florence. The two-wheelers are used to move around the barracks, which house 1,700 students, and to travel to other Carabinieri locations in the city.

The Vespa Elettrica is a zero-emissions scooter with a 4.3-inch display for the rider to interact with their smartphone. This is the first time the corps has used two-wheel electric vehicles.” This was the announcement, taken up by many newspapers, on the Carabinieri official facebook page:
www.facebook.com/carabinieri.it 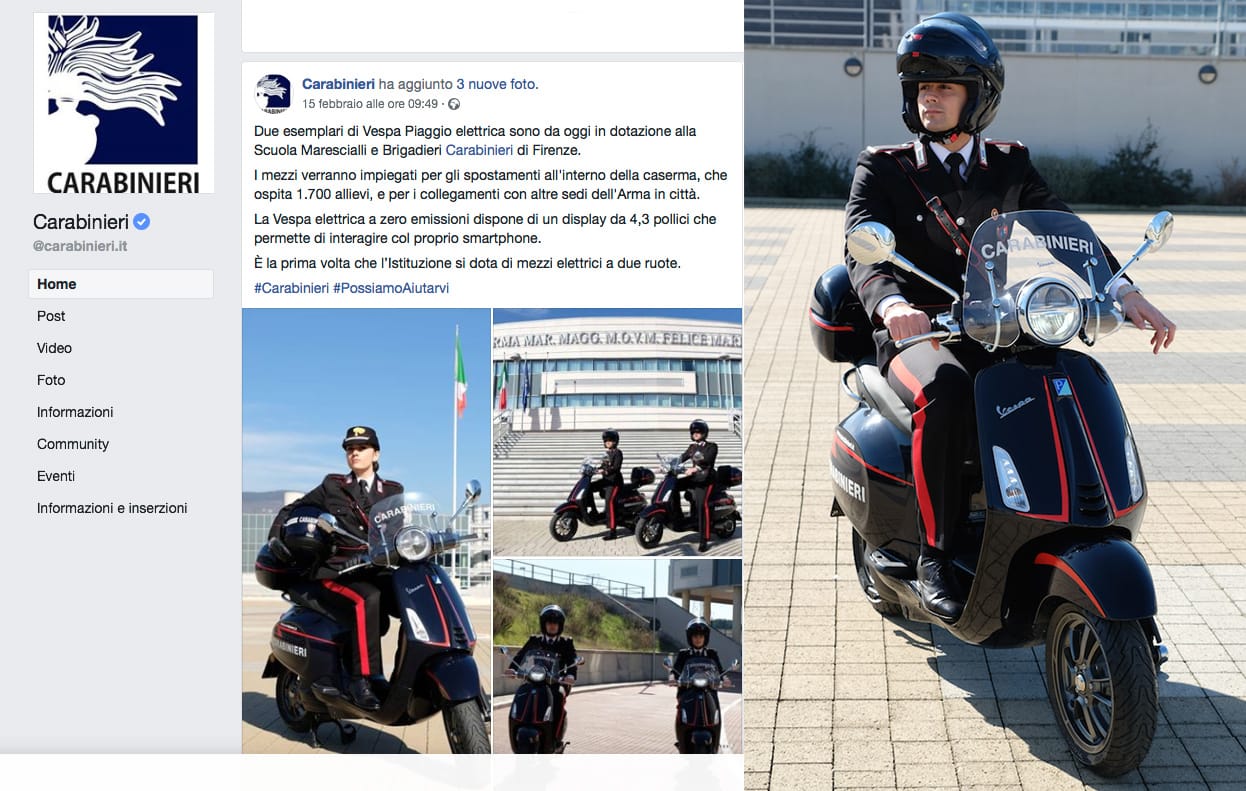 The Marshalls and Brigadiers School, headquartered in Florence, has two regiments (one in Florence, the other in Velletri, Rome) and provides training and professional updates for Marshalls and Superintendents.
INFO: www.carabinieri.it/multilingua/en 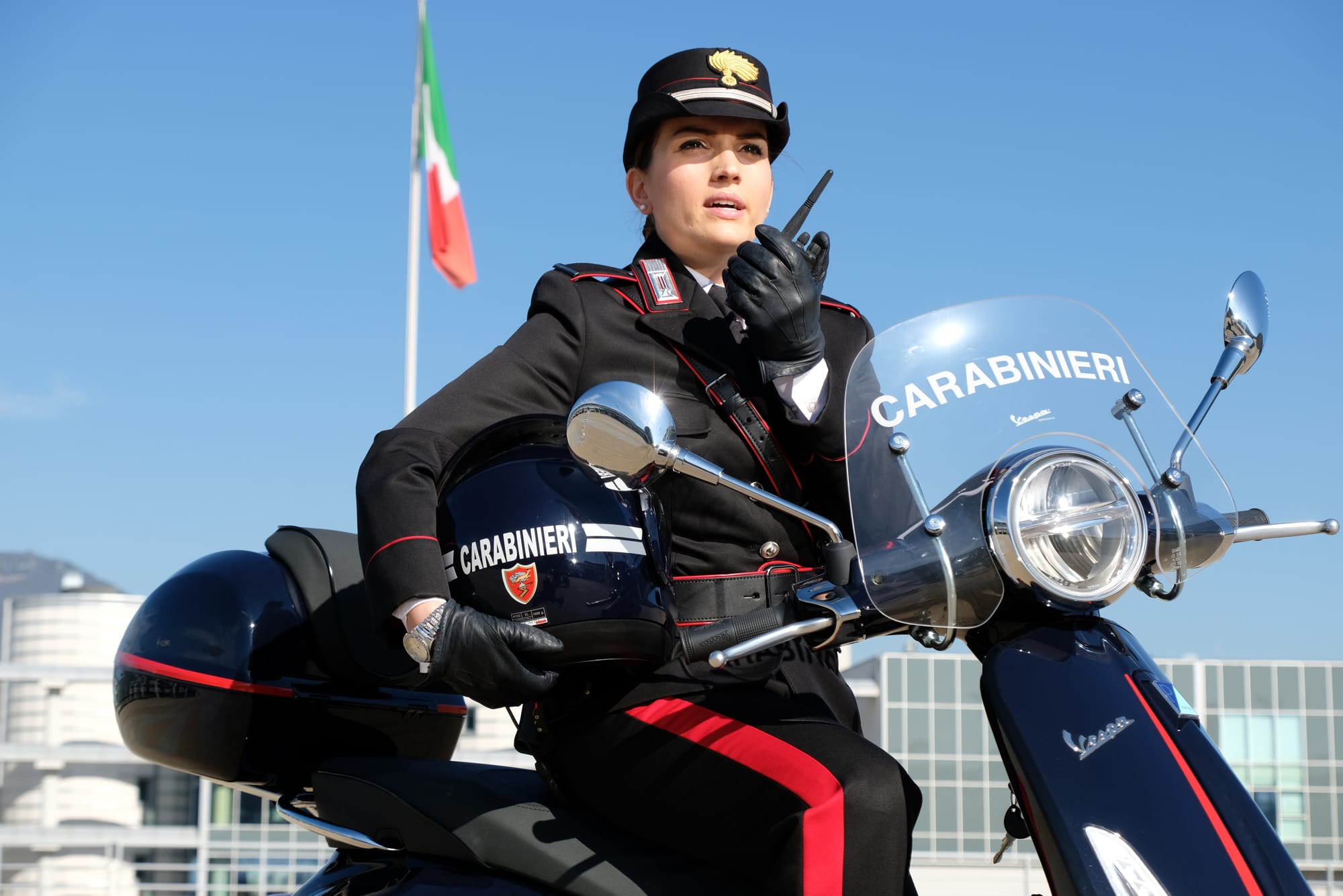 A photo and video shoot was organised to cover the delivery of the Vespa Elettrica scooters, which you can view in this article.

The Piaggio Group delivered the two scooters in a “Carabinieri Corps” livery, with personalised colours – the institutional blue and red used on the force’s vehicles – graphics and accessories (a top box, windshield and telephone-holder). 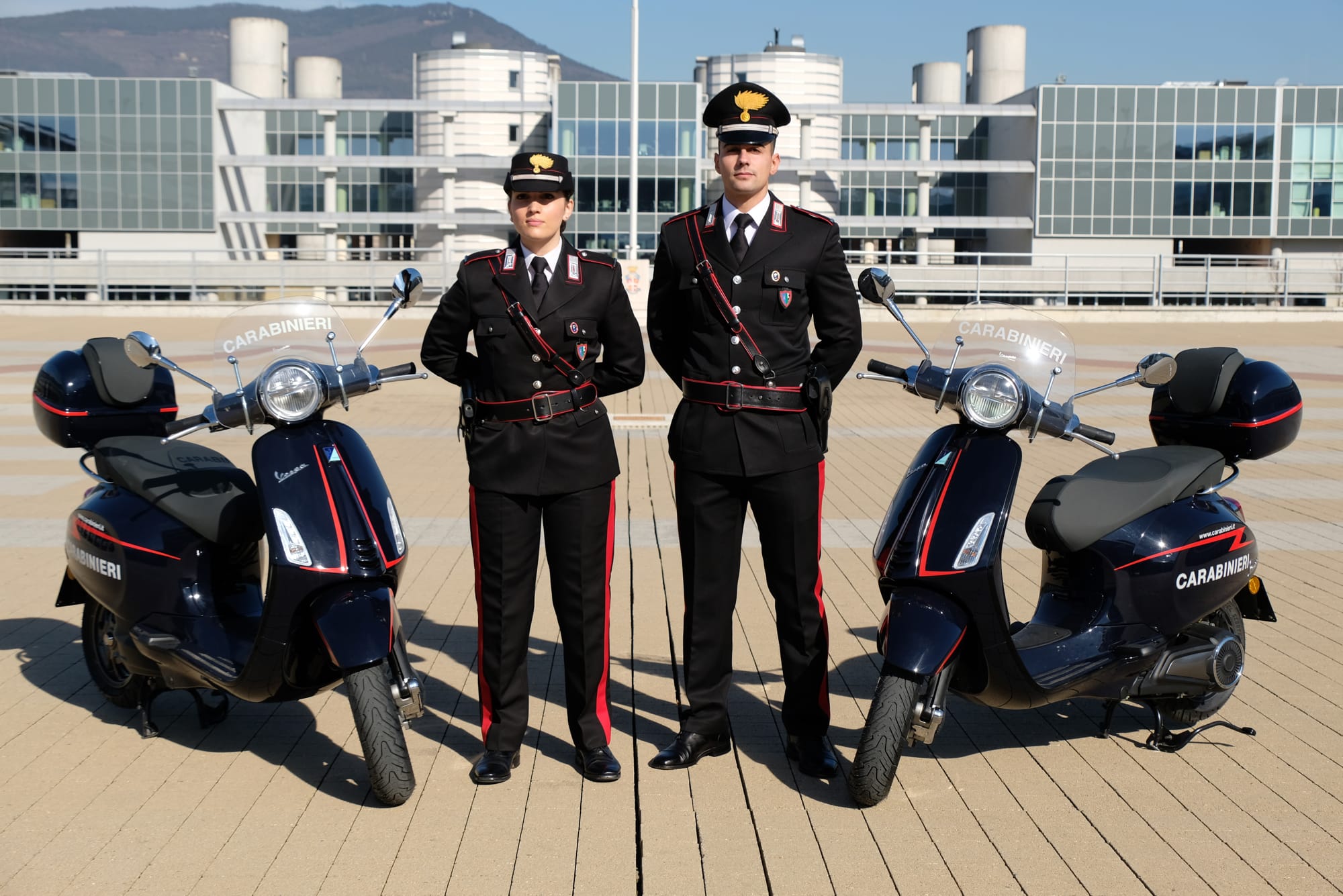 The purchase by the General Command of the Carabinieri is part of the policy to increase the number of green vehicles in the corps’ fleet. The Vespa Elettrica is the force’s first experience with “zero pollution”. 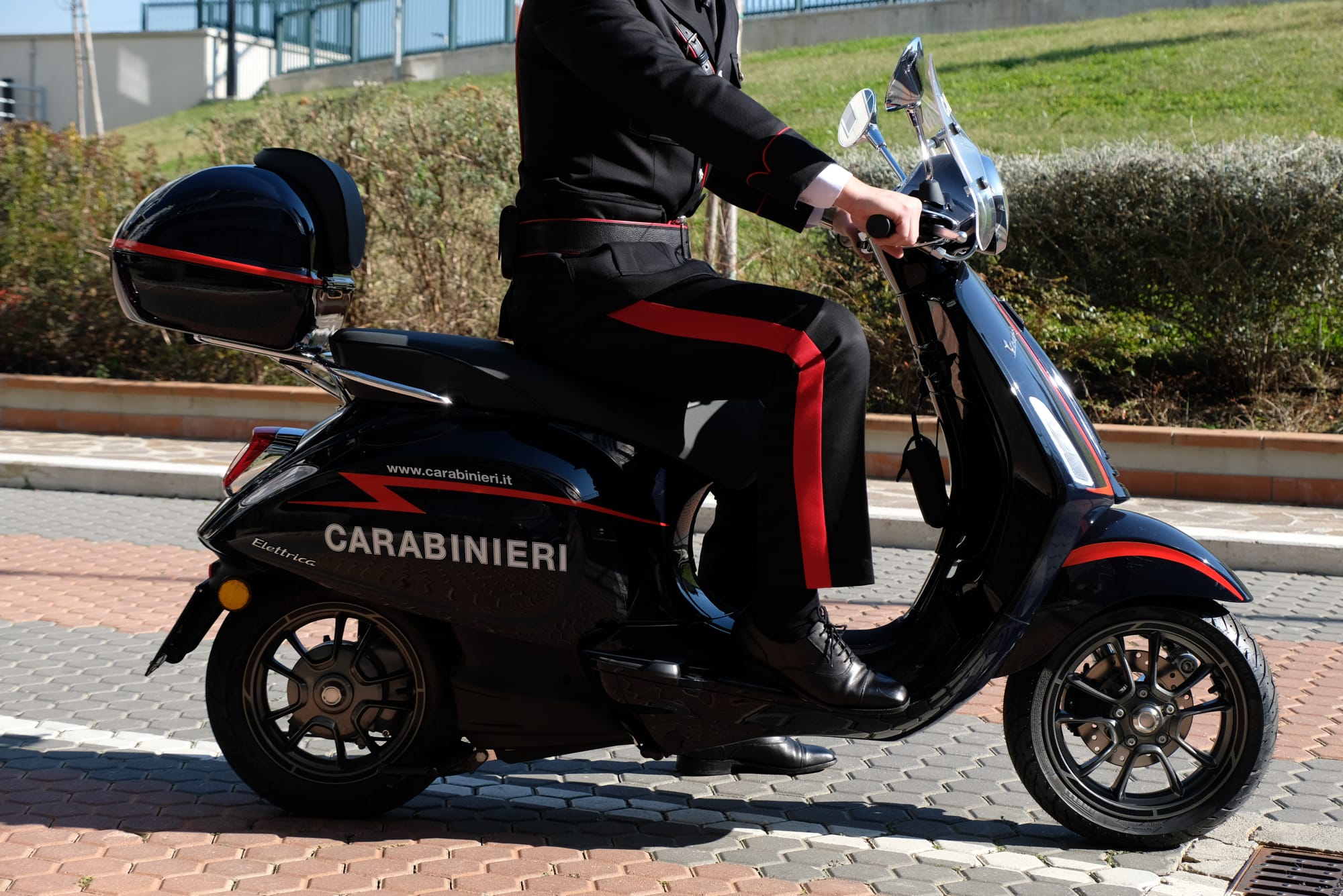 As the official announcement explains, the scooters are used by the military personnel in the school, but should it be necessary, the two “uniformed” Vespa Elettrica two-wheelers might also be employed to patrol pedestrian areas in central Florence. 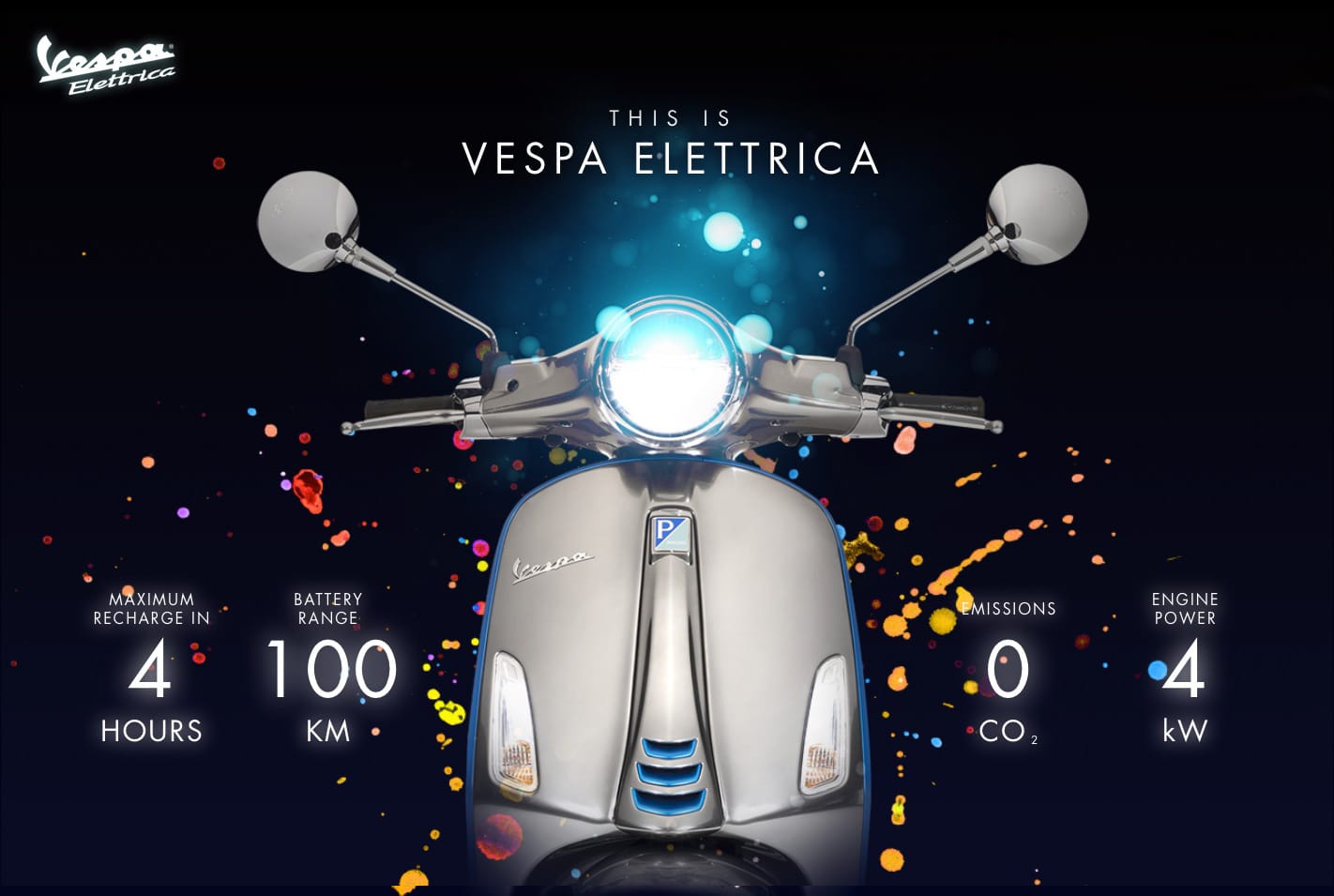