THE NEW VESPA CAMPAIGN IN TAHITI: STYLE AND BEAUTY IN STUPENDOUS SCENERY 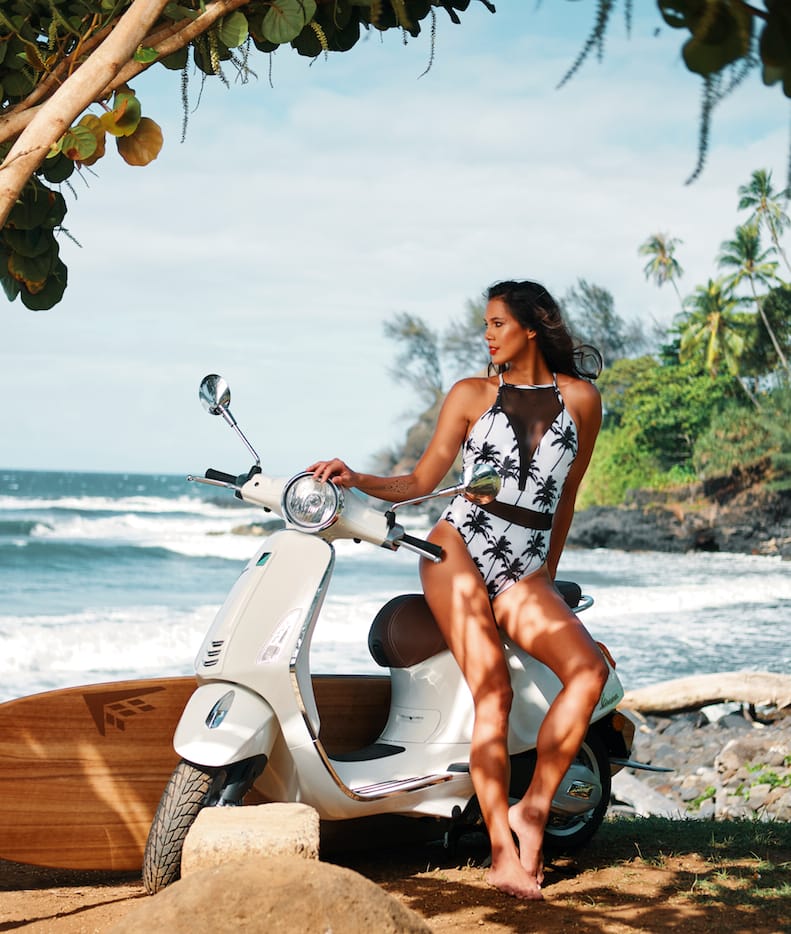 THE “HISTORIC” PAPEETE IMPORTER – ACTIVE SINCE 1948 AND NOW CELEBRATING 70 SUCCESSFUL YEARS – HAS LAUNCHED ITS NEW CAMPAIGN FOR THE FAMOUS ITALIAN SCOOTER. ON THE RENOWNED PAPENOO BEACH, A SURFING SHORE BREAK, THE VESPA SPRINT, PRIMAVERA AND GTS DAZZLE UNDER THE SUN ACCOMPANIED BY FANTASTIC MODELS… OF ALL SIZES! INTERVIEW WITH CHAIRMAN VAEA BARBOT TRACQUI. 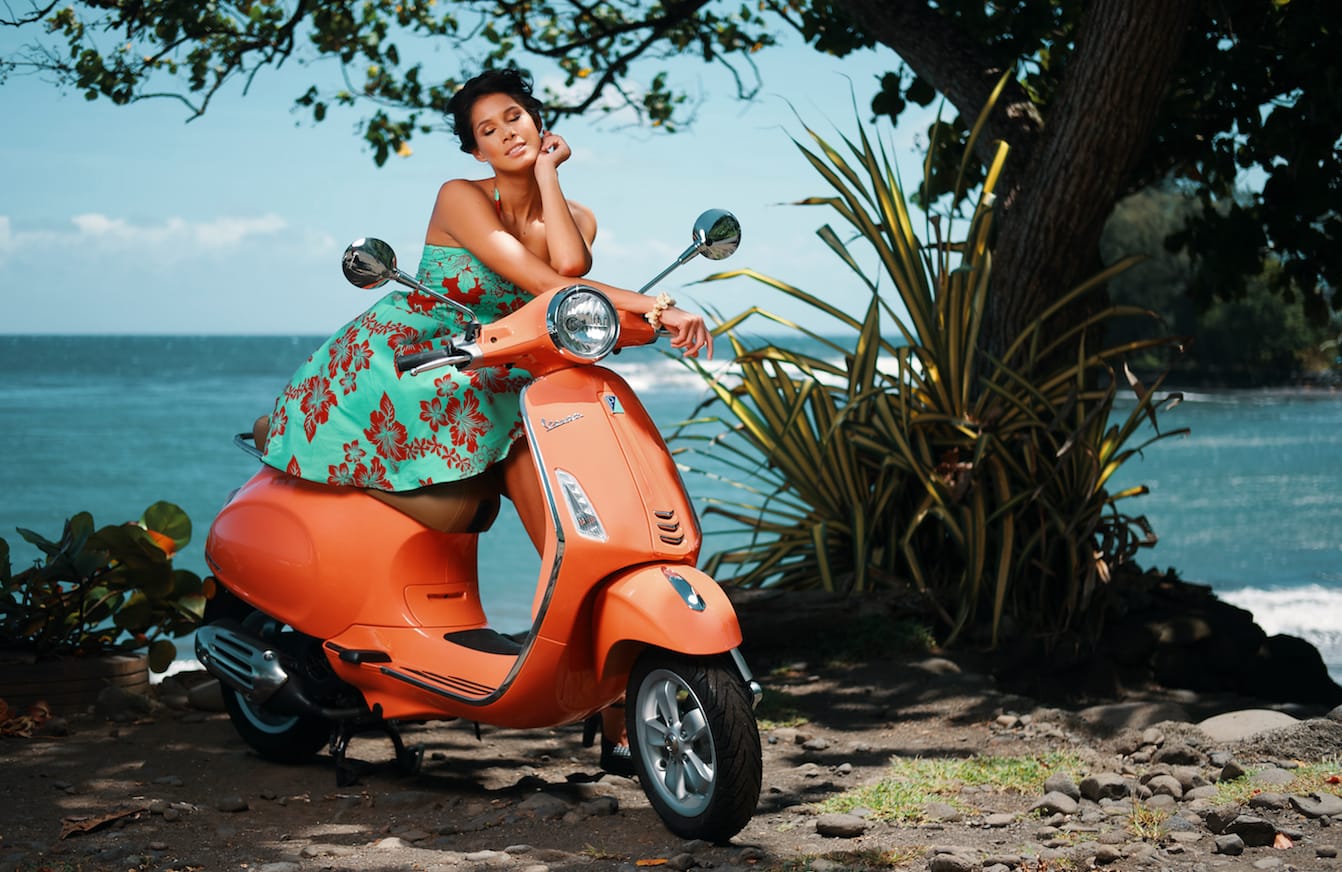 November 2018 – The annual Vespa campaign produced by Tracqui, the “historic” Piaggio Group importer in Tahiti set up in 1948, which has just celebrated 70 years of successful activity, is the stuff of dreams. We talk about the campaign in this interview with the President, Mrs. Vaea Bartot Tracqui, head of the Ets Tracqui & Fils motorcycle & scooter centrein Papeete.

Let’s start with the fascinating new Vespa campaign: when and where did the photoshoot take place?
“In Papenoo (from 4 to 9 November 2018), a well-known surf shore break in Tahiti; the beach is covered with small rocks and is very popular with surfers and windsurfers; in terms of fame and tourism, it’s comparable to Hawaii’s Waimea Bay.”
The shoot photographer was Teiki Devendeville; can you tell us the names of the models… and why did you also include plus size models?
“Camelia, Tizia, Yvonnick, Mehiata (Miss Tahiti 2013), Lucie and Hinanui. Models of different sizes were chosen because the majority of the population in Tahiti is… oversize; and I wanted every Polynesian to be able to imagine themselves on a Vespa.”

What media will you use for the new Vespa communication campaign in Tahiti?
“Dynamic advertising on buses, plus newspaper ads and large posters on urban hoardings (400 X 300 cm); the Vespa range will be the star: Sprint, Primavera and GTS.”
Vespa is synonymous with style, beauty and elegance: it is also a permanent presence at the hugely popular “Tahiti Fashion Week” (held this year from 13 to 15 June), isn’t it?
“Yes, that’s right, Tracqui is one of the main sponsors: we support the event with funding and also by offering a Vespa Primavera scooter as a prize draw for the public, which attracted a lot of attention.”

The Tracqui – Piaggio Group relationship goes back decades …
“Yes, it dates back to 1948, the year we were founded: this month we celebrated the Ets TRACQUI & Fils company’s 70th anniversary.

We marked the anniversary with a major event open to everyone, with a Vespa rally, live music, entertainment, a prize competition, an exhibition of vintage and modern vehicles, artists decorating Vespa liveries, and much else besides; the event was held on 18 November at the Parc Vairai; the key theme was the Vespa and the people of Polynesia.”

Can you give us some figures on the two-wheeler market in Tahiti?
“90% of our customers are local residents, people from Tahiti; at the moment, the Piaggio Zip is our best seller (years ago it was the Vespa PX); the new Vespa models are making their mark: we are doing a lot of advertising to boost sales. We handle the Piaggio, Vespa, Aprilia and Moto Guzzi brands. We have a share of more than 48% of the scooter market (where there are numerous competitors) and 34% of the annual total of new registrations (scooters and motorcycles).” 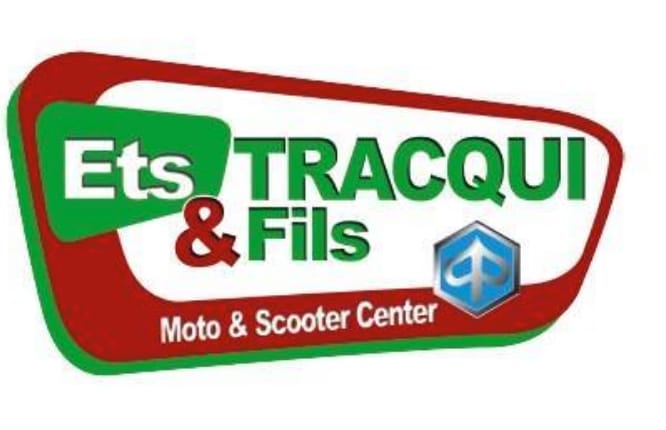