SECOND SPECIAL REPORT DEDICATED TO SOME OF THE MOST IMPORTANT DEALERS WHO HAVE JOINED THE EUROPEAN SALES NETWORK OF THE NEW PIAGGIO PORTER NP6 CITY TRUCK. THE PROTAGONISTS ARE: DOCAR AG, EURO CO.M.I., KERTRUCKS AND FRICARSUR/GRUPO SCORA. 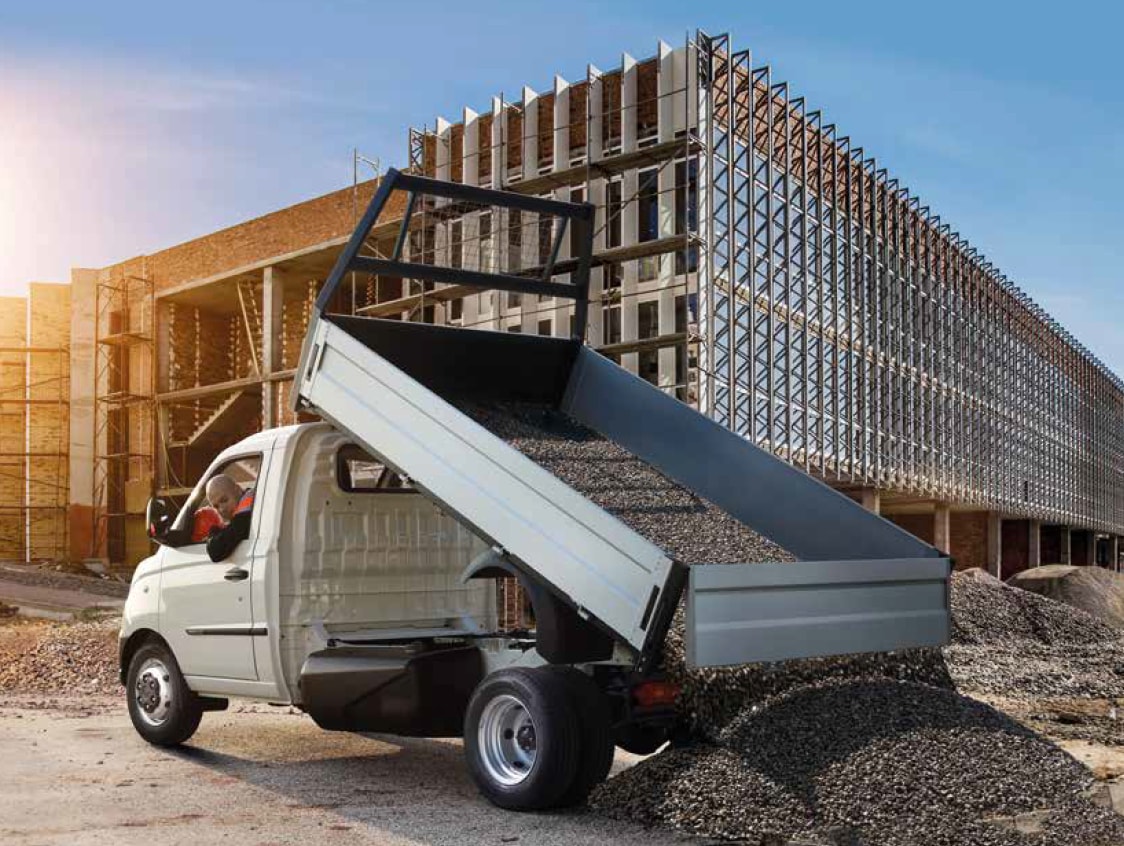 July 2021 – Porter NP6, the city truck from Piaggio Commercial launched successfully in January, represents “the vehicle that is the symbol of business development – explains Vincenzo Scardigno, Piaggio Group Executive Vice President of 3-4 Wheeler EMEA and Emerging Markets – beginning from an automotive concept to derive a work vehicle that aims at maximising performance, offering a high cargo capacity, capable of competing with larger vehicles in the N1 category. Plus: robust and parsimonious engine, compact format, consistent with the concept of a city truck, and in line with the previous Piaggio Porter, which was a commercial success that lasted 30 years.” 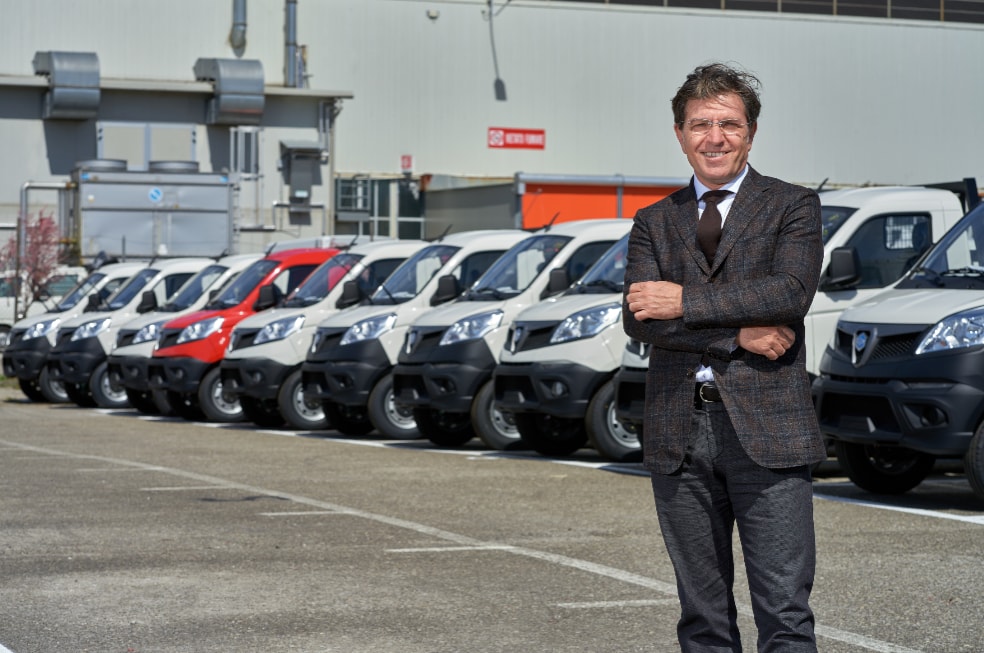 Engineer Scardigno continues: “The new Porter NP6 is the ideal solution for primarily city transport and, in order to reduce the environmental impact, we have chosen to abandon diesel engines and focus on combined-fuel drive systems, giving the customer the choice between petrol-GPL and petrol-methane.” The vehicle, developed for Europe, is becoming more and more of a protagonist on the market, thanks also to the expansion of the sales network with the addition of new dealers.

The new Piaggio Commercial partners include the companies interviewed here, with the same questions for all. Here are their responses. 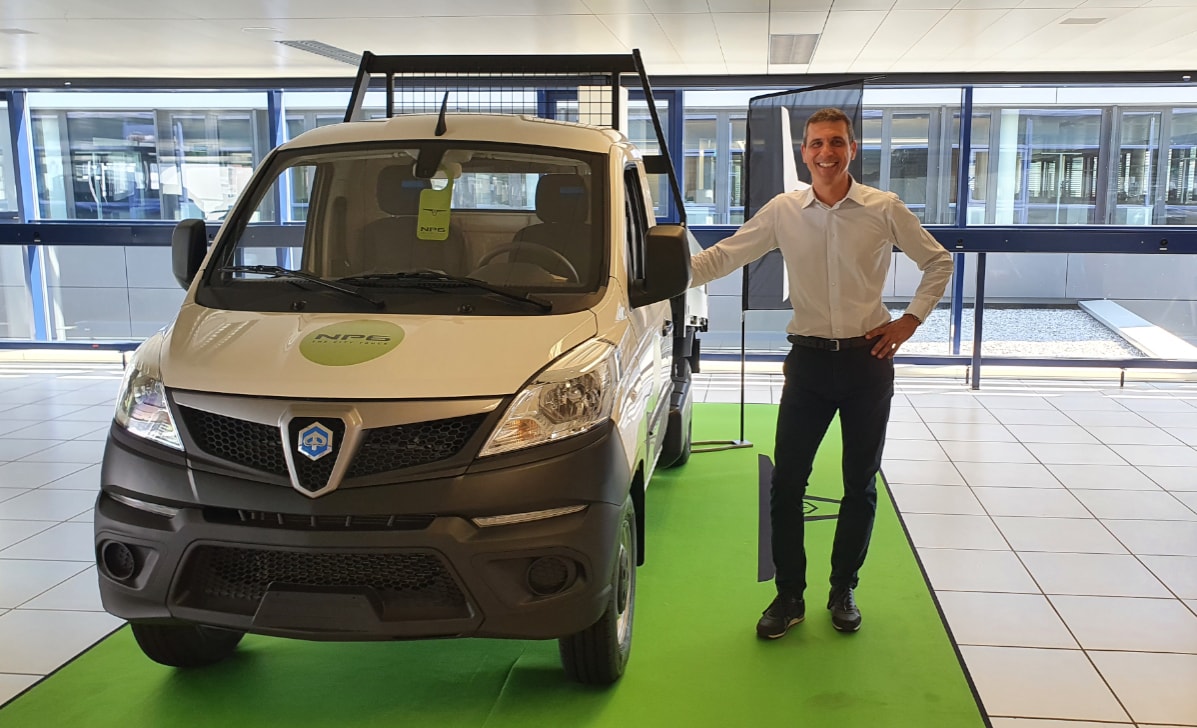 Presentation of your companies: how long have you been operating, in which sectors and markets?
DOCAR AG: “In 2012, the Emil Frey SA Group, with headquarters in Zurich, acquired the Dosch SA Group with headquarters in Chur, which includes Docar AG, historic Piaggio Commercial importer for Switzerland. The Emil Frey SA Group is the Swiss importer for brands such as Toyota, Jaguar, Land Rover, Subaru, Kia, Suzuki, Mitsubishi, Lexus, Opel, Peugeot, Citroen, DS, Piaggio Commercial and DFSK. In 2013, Docar AG moved to Safenwil, where most of the Frey SA Group importers are based. At the present, Docar AG has 42 dealerships throughout the Swiss territory, covering the 3 linguistic regions of the country.” 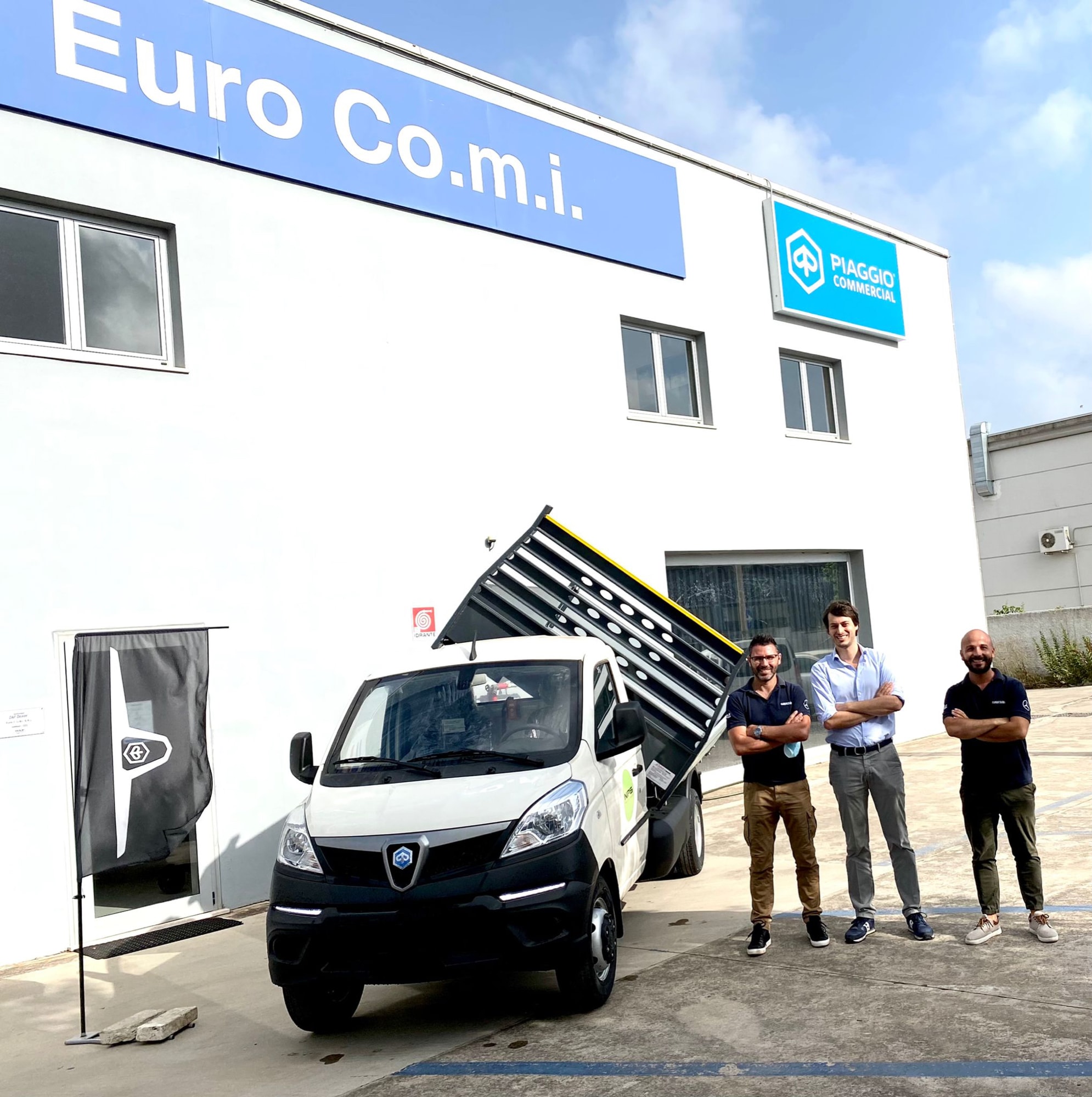 EURO CO.M.I.: “Eurocomi was established in Sassari in 2000 as a dealership for the DAF industrial vehicles brand for all of Sardinia, thanks to the great passion for transport and proprietary industrial vehicles which has been in the business of fuel sales and transport all over the island for over 40 years. From 2000 to 2011, the company grew and evolved, representing the DAF brand at 360° in terms of sales, assistance and replacement parts. From 2011, completely renovating its Sassari headquarters and building a new, cutting-edge parts warehouse, Eurocomi opened its Sassari location with a dual mandate: DAF and new arrival, Mercedes-Benz. In 2013, they opened the new location in Cagliari, on the other side of the island, also for sales, assistance and replacement parts. In 2014, given the company’s significant activities with the Mercedes-Benz brand on the Emerald Coast, a sales office was opened in Olbia, with dedicated consulting for the Gallura market. In 2020, the decision was taken to complete the range offered, taking on the Piaggio Commercial brand for all of North-Central Sardinia.” 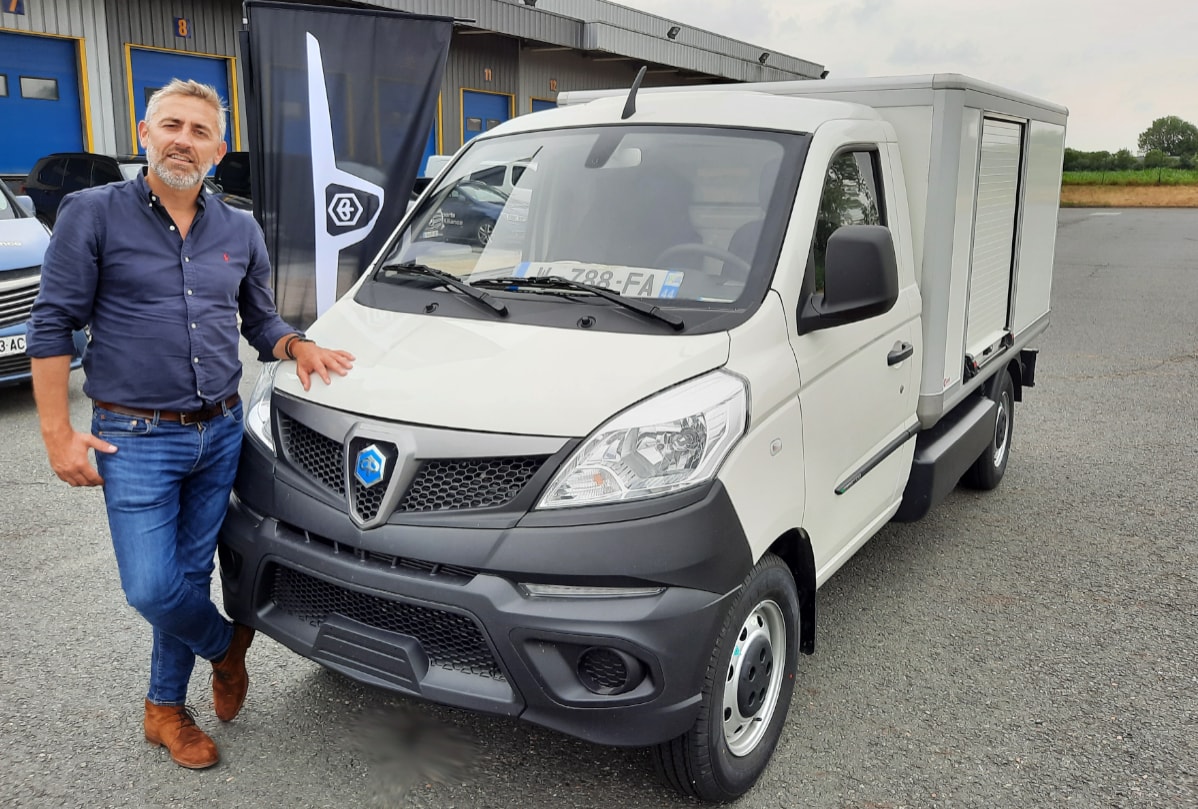 In France: Ludovic Bodin, Directeur Commercial, Véicules Utilitaires, KERTRUCKS group. Photo taken during the General Assembly of France Alliance (corporate client) in mid-June. On the occasion, Ludovic Bodin and Olivier Vogel (Piaggio France Chef de Région Commercial & Technique) presented the “delivery box” outfit on the Porter NP6, the first made in France. Vogel explains: “Ludovic and his team will do a demonstration all over Brittany through September. The goal is to reach keys Customers & Renters to generate interest in our NP6.”

KERTRUCKS: “The KERTRUCKS group was created in January 2006 by Jean-François AUGER and Patrick RONSIN. It is specialised in the sales, maintenance and service engineering sectors for industrial and utilitarian vehicles. The company has 800 employees and covers the west of France (Brittany/Pays de Loire) through about fifty branches.” 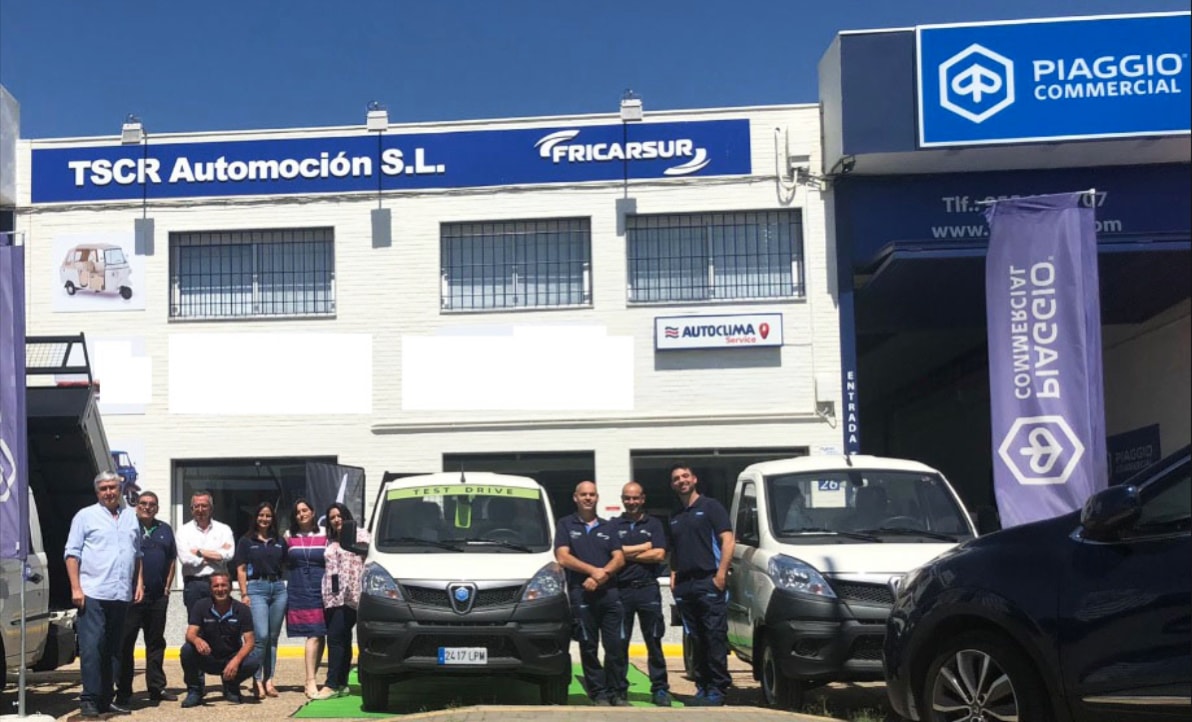 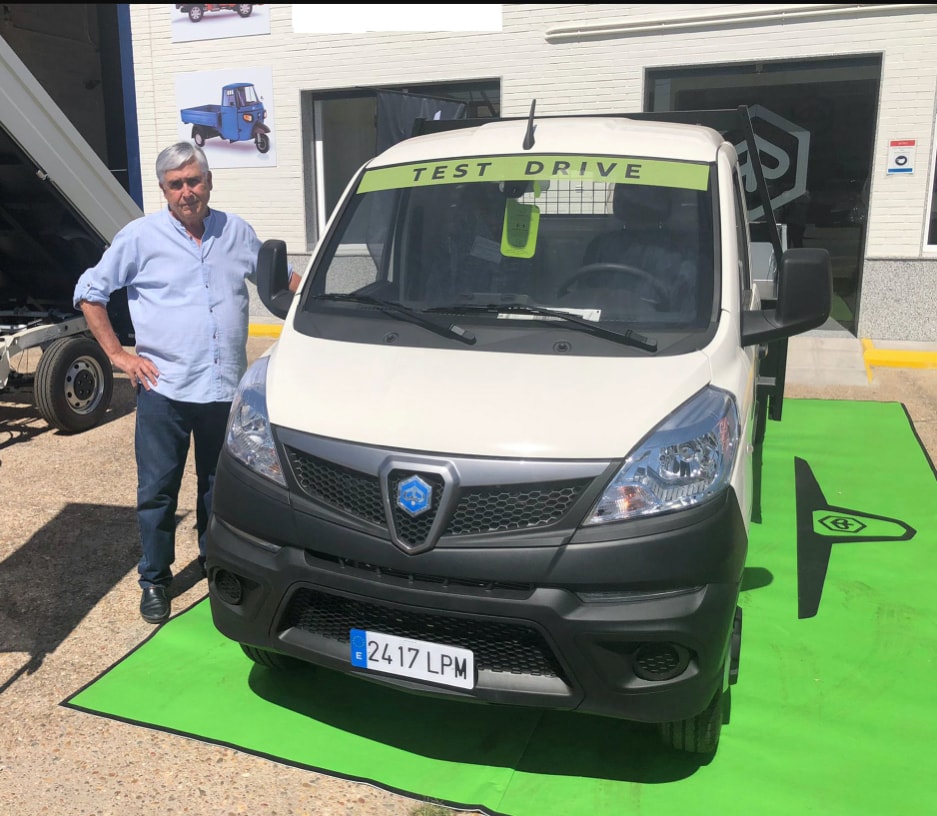 Why the choice to become a Piaggio Commercial dealer partner?
DOCAR AG: “The Frey realised straight away that a brand like Piaggio Commercial was missing from the range of commercial vehicles it was able to offer. The possibility of developing new markets, acquiring new customers and representing a world-renowned brand had no small influence on the decision.”
EURO CO.M.I.: “For EURO CO.M.I. Piaggio Commercial represents a new business opportunity, paving the way for a new market segment which, until now, we had been unable to explore with the other brands we represent.”
KERTRUCKS: “The decision to respond to our desire to expand our commercial distribution into the Utility segment (single-brand until now) and to provide a transport solution to our customers (especially in ‘last mile’ transport).”
FRICARSUR/GRUPO SCORA: “We consider the segment covered by Piaggio Commercial to be a strategic segment for the future development of last-mile transport and, therefore, with far-sighted vision, we consider it to be an important business opportunity for our company.” 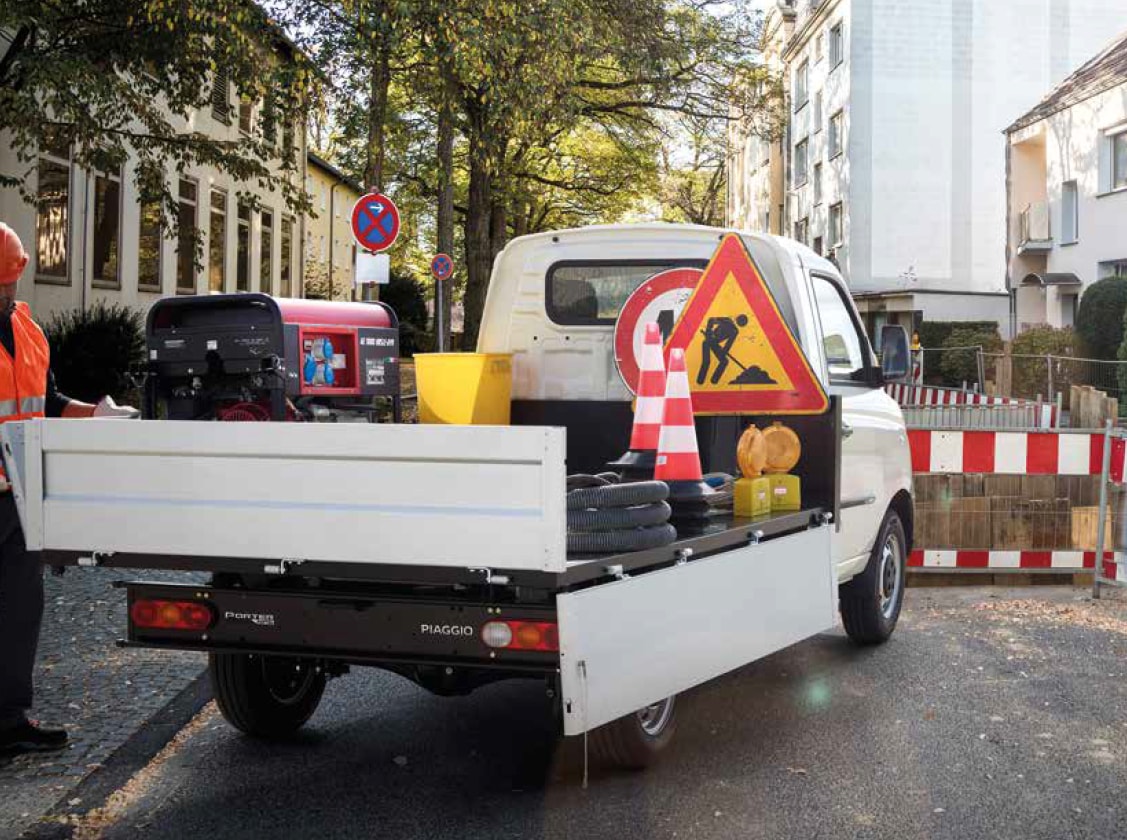 What features of the new Porter NP6 do you like the most?
DOCAR AG: “The vastness of the NP6 range is an especially important aspect for us. It gives us the possibility of increasing the categories of potential customers. Furthermore, its modern and attractive look makes it a leader in the segment.”
EURO CO.M.I.: “The intrinsic characteristics of compactness and market-leading cargo capacity, combined with the flexibility of the equipment packages provide the possibility of building a vehicle designed for the specific needs of our customers.”
KERTRUCKS: “In short, the competitive price positioning, the driveability and manoeuvrability of the vehicle, the useful cargo capacity, and the substantial range of the bi-fuel.”
FRICARSUR/GRUPO SCORA: “Vehicle perfectly suited to environmental needs and specifically for urban transport. In fact, the new Piaggio commercial vehicles meet strict environmental standards and are perfectly suited for local transport. A significant improvement of the cargo capacity, greater adaptability of the chassis, better equipment packages, significant manoeuvrability improvements, and greater driving comfort.”

What were some of the first comments you received from your customers, partners, staff about the new Porter NP6?
DOCAR AG: “This is one of the most promising aspects since the launch of the NP6: from both dealers and customers, we have had only positive and enthusiastic comments. Some of our customers ordered the vehicle even before seeing it in person and testing it. The Porter NP6 brought new motivation to the Piaggio Commercial network.”
EURO CO.M.I.: “The feedback from our customers is all positive. The best compliments have to do with the increase in quality, the actual cargo capacity and the perceived comfort, marking a big step forward as compared with its predecessor. Staff and partners are enthusiastic about the brand, the attention reserved for them from our experience in managing industrial customer, and, last but not least, the improved technical features of the vehicle with respect to the previous one.”
KERTRUCKS: “High expectations of customers for the electric Porter NP6 version, scheduled for release in 2022.”
FRICARSUR/GRUPO SCORA: “Positive impressions and comments of our customers who got to know the new NP6, especially in terms of comfort, cargo capacity, manoeuvrability, equipment, flexibility in terms of special outfitting; and they also liked the closeness of a professional technical service.”

Which categories of customers do you primarily target with the new Porter in your reference markets?
DOCAR AG: “The first customers we contacted are the municipalities which represent 80% of the sales for the previous Porter in Switzerland. Clearly, with the NP6, we’ll also target other types of companies and artisans.”
EURO CO.M.I.: “We can say at the moment that we have gone a bit outside of what people thought were the traditional lines for this vehicle. As we already said, the vehicle is flexible in terms of equipment packages, to the point that we no longer limit ourselves in proposing it to construction companies or artisans and landscapers, in addition to the typical Piaggio Commercial customer.”
KERTRUCKS: “Primarily to municipalities, transporters and packagers.”
FRICARSUR/GRUPO SCORA: “All types of customers, primarily those with local plants/branches, both public and private, dedicated to the distribution of goods in general, services and maintenance in the widest possible range of sectors: food, glass, packages and couriers, parks and gardens, cleaning and urban waste collection, sewage, small construction and renovation works, and so forth.” 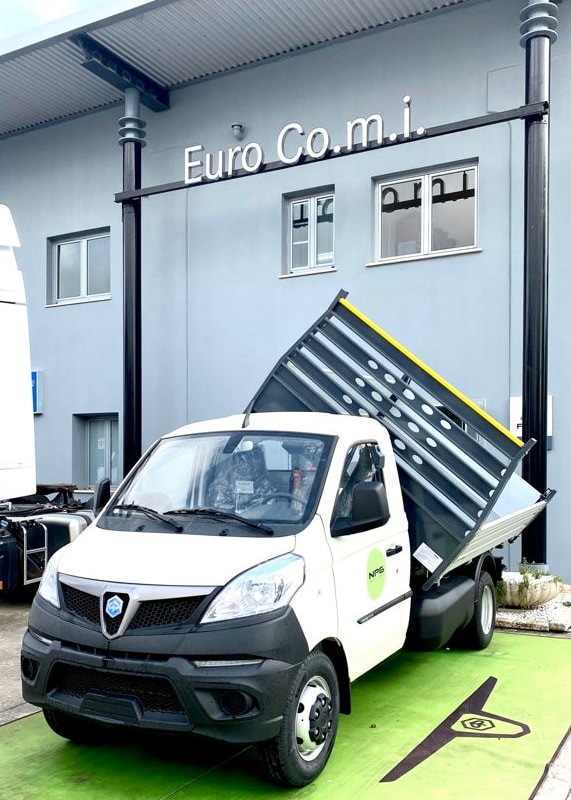 FINAL COMMENTS. DOCAR AG: “The arrival of the Porter NP6 is a real shot of oxygen for us and for our dealers, who needed a vehicle capable of attracting the attention of new customers. We are confident in Piaggio Commercial’s future in Switzerland.” EURO CO.M.I.: “We are certain that our efforts and enthusiasm in this new project as well will bring us new and great satisfaction.” FRICARSUR/GRUPO SCORA: “A vehicle that our customers have given a warm welcome, with a promising and even better future when the rest of the range (vans) and the electric range will be incorporated into the offer.” 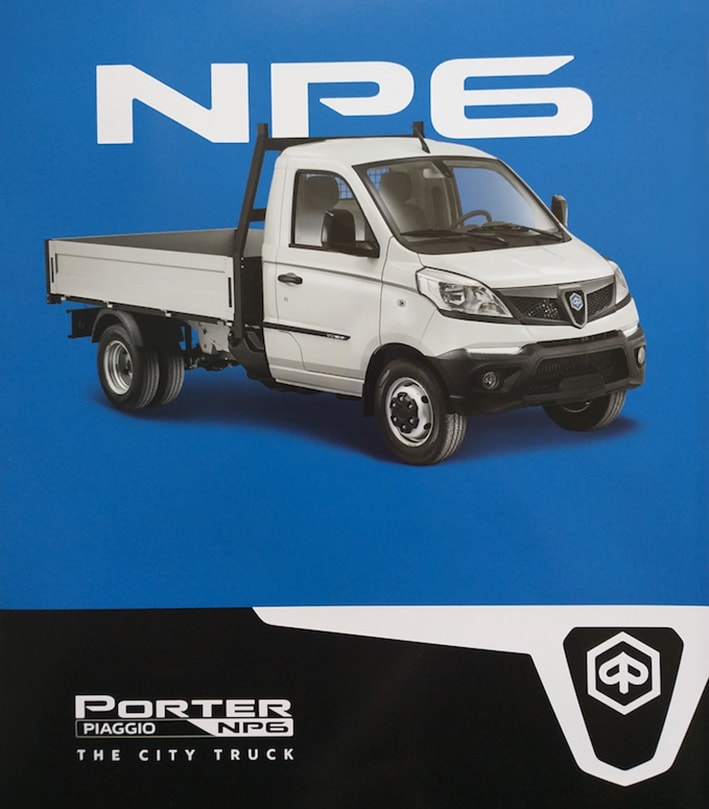 We wish to thank the direction/managers and teams of the companies interviewed, as well as the Piaggio Commercial teams of the Italian headquarters and the European Selling Agencies of France and Spain who collaborated in the creation of this article. 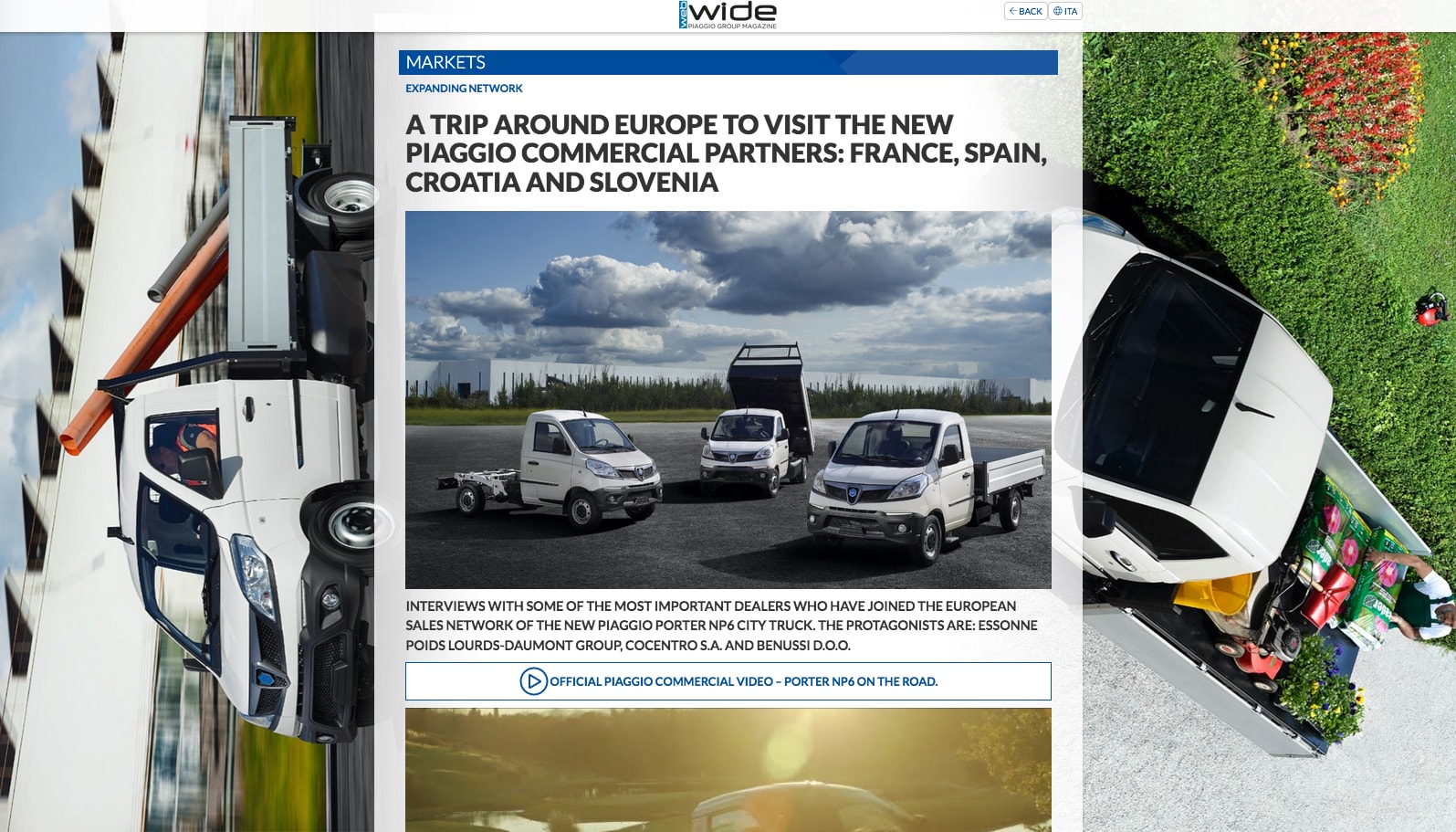