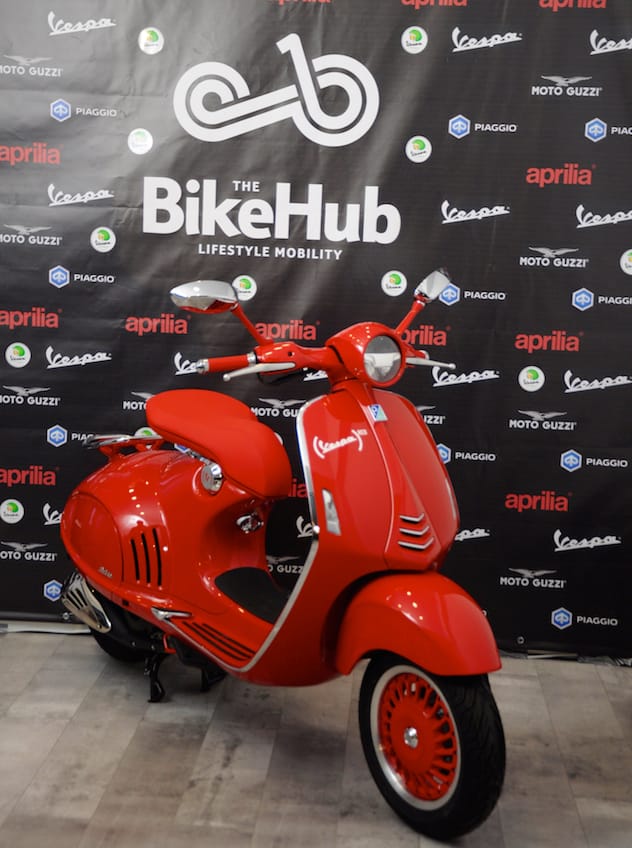 ITALIAN MOTO ART SPACE IN BUCHAREST AND ITALIA MOTORS IN SOFIA. THE PIAGGIO GROUP’S MULTIBRAND FLAGSHIP STORES OFFER THE VESPA, PIAGGIO, APRILIA AND MOTO GUZZI BRANDS IN A SINGLE LOCATION. THERE ARE MORE THAN 300 MOTOPLEXES IN THE WORLD.

“The bike hub” occupies a 250 square metres area in the prestigious Calea 13 Septembrie across from the Romanian Parliament buildings, in the heart of the city’s shopping district, and constitutes a prestigious showcase for the local market, which appreciates the value of the Italian motorbikes’ style and technological innovation. The Italian Ambassador in Romania, Marco Giungi, attended the inaugural event.

One week later, in the middle of March, Bulgarian importer Italia Motors (General Manager is Stanislav Panchev) opened a Motoplex in the capital, Sofia.  With a surface area of more than 300 square metres, it is located in a well-known and easily accessible shopping district in the prestigious Iztok residential neighbourhood, the ideal location for offering maximum visibility for the Piaggio Group’s trademarks.

The opening of the Motoplex stores in the Romanian and Bulgarian capitals comes shortly after the Piaggio Group’s January opening of its Hong Kong store, celebrating achievement of the important milestone of 300 Motoplex locations all over the world, a goal already exceeded. Asia, North and South America, Australia and Europe have already confirmed the success of the Motoplex concept, and the new openings in Bucharest and Sofia extend its range of action to include the interesting Balkans as well. 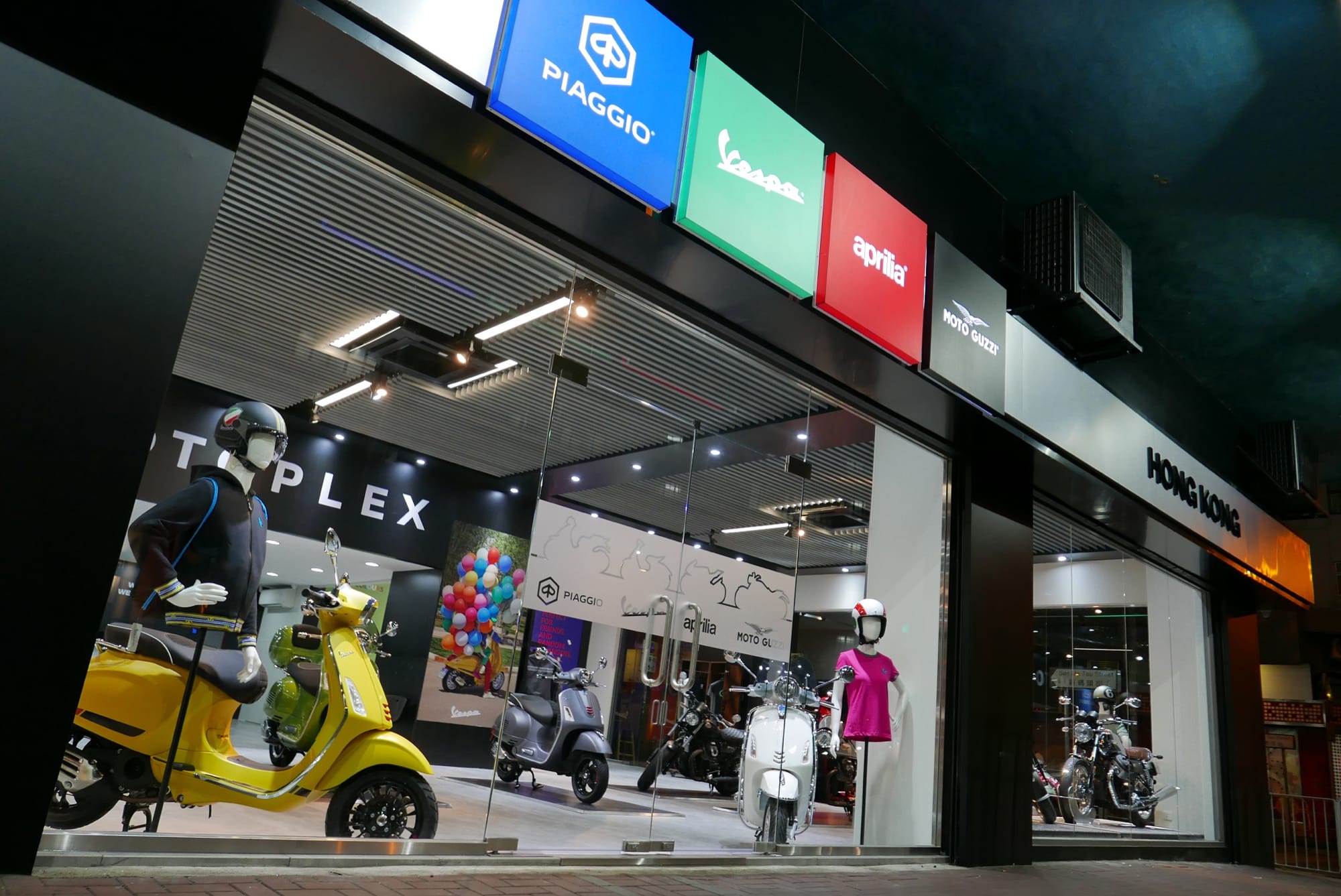 Allowing retailers to make the most of all the potential of the Piaggio Group’s brands and products in a single location, the Motoplex concept store represents new frontier of retailing in the two-wheeled vehicle industry: the stores offer customers a total experience of the world of motorcycles, in a space where they can not only purchase vehicles, accessories and related merchandise but take a pleasant break in a lounge & bar area and chat about racing, motorbikes and travel with an experienced staff who share their passions. 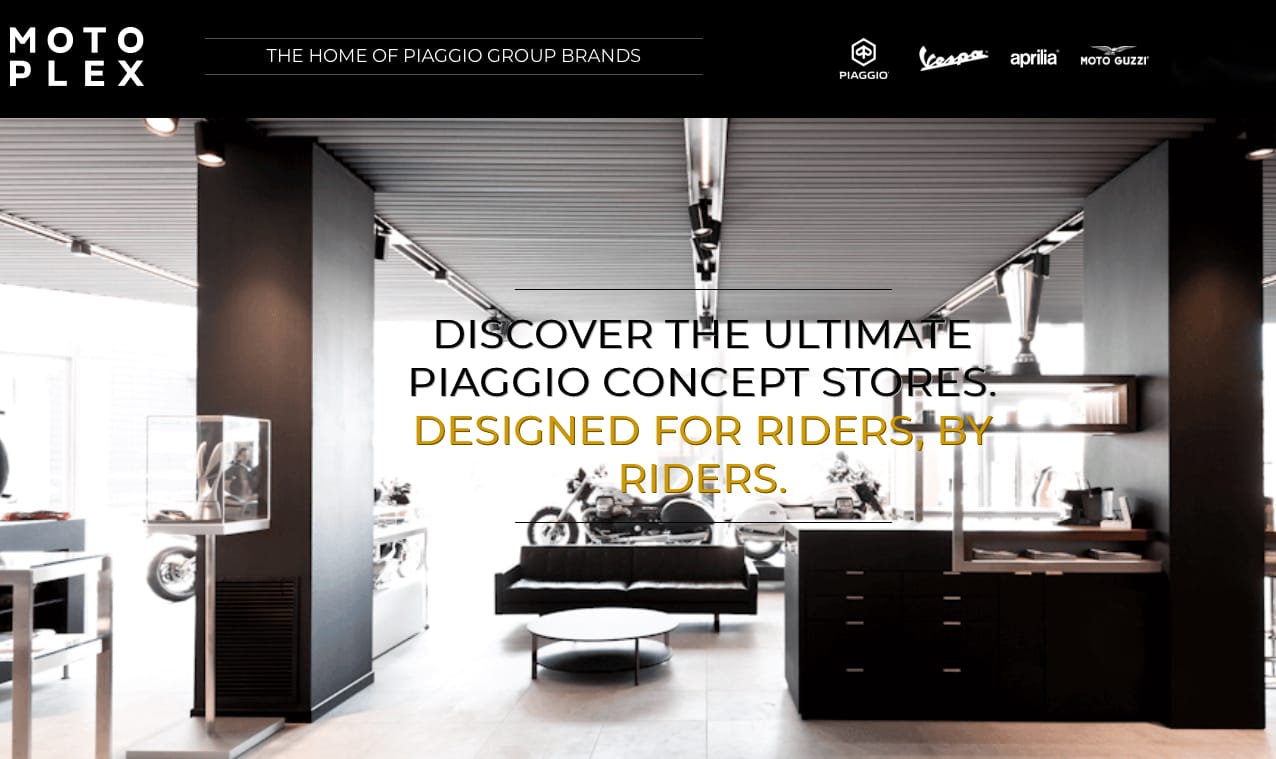 The Motoplex formula has allowed the Piaggio Group to register an improvement in the sales mix of its products in recent years through up-selling and cross-selling, a significant increase in sales of accessories and merchandise, and considerable growth in sell-out for two-wheeler vehicles through “conventional” stores that have chosen the new format.