ANDREA TIOZZO PAGIO AND HIS “2006 WORLD CUP VESPA”, DEDICATED TO THE “HEROES OF BERLIN” 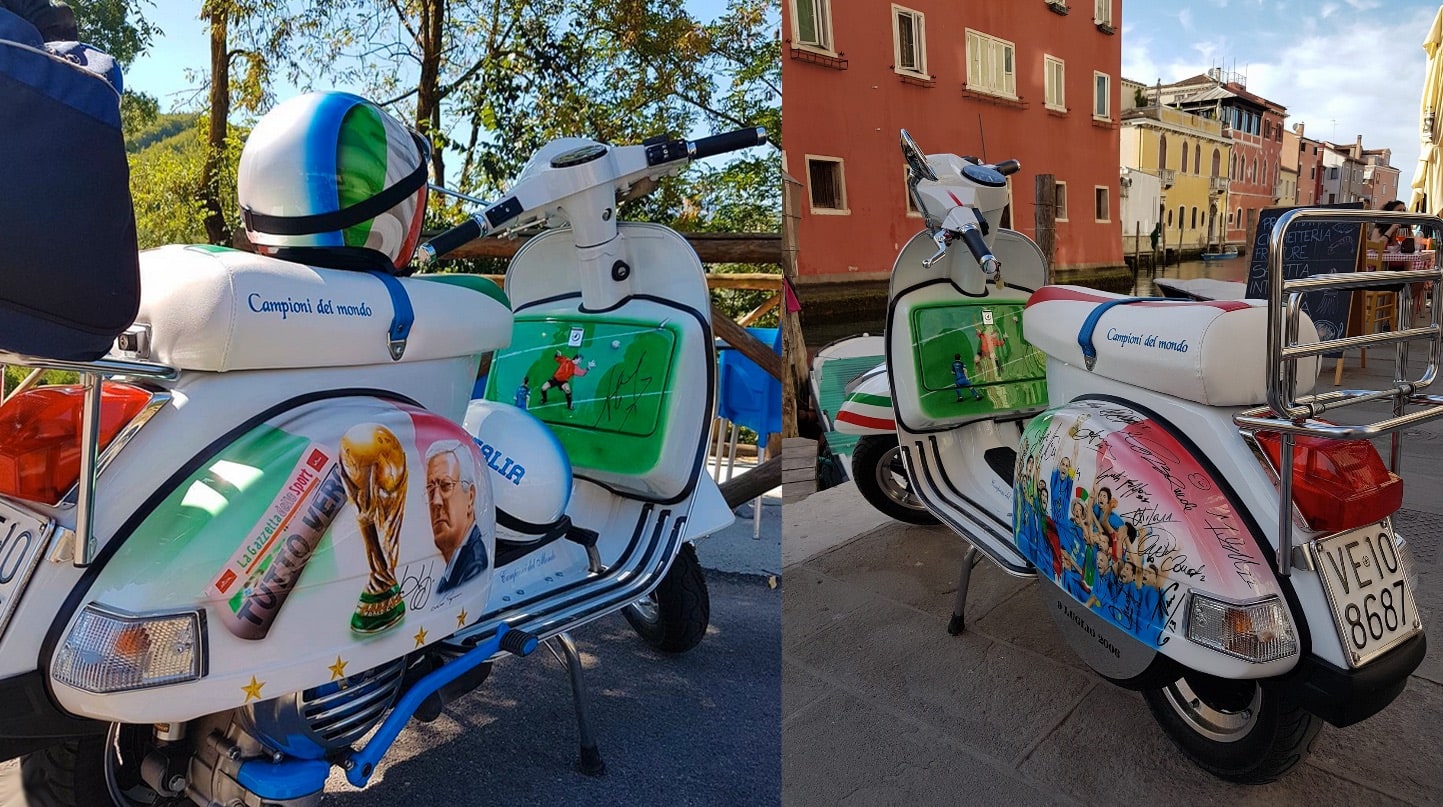 THE ORIGINAL UNDERTAKING OF A VESPISTA FROM CHIOGGIA (VENICE) WHO “FOLLOWED” THE FOOTBALLERS FROM THE ITALIAN NATIONAL TEAM, WINNERS OF THE 2006 WORLD CUP, FOR TEN YEARS WITH THE GOAL OF DECORATING HIS VESPA WITH THEIR AUTOGRAPHS. MISSION ACCOMPLISHED! 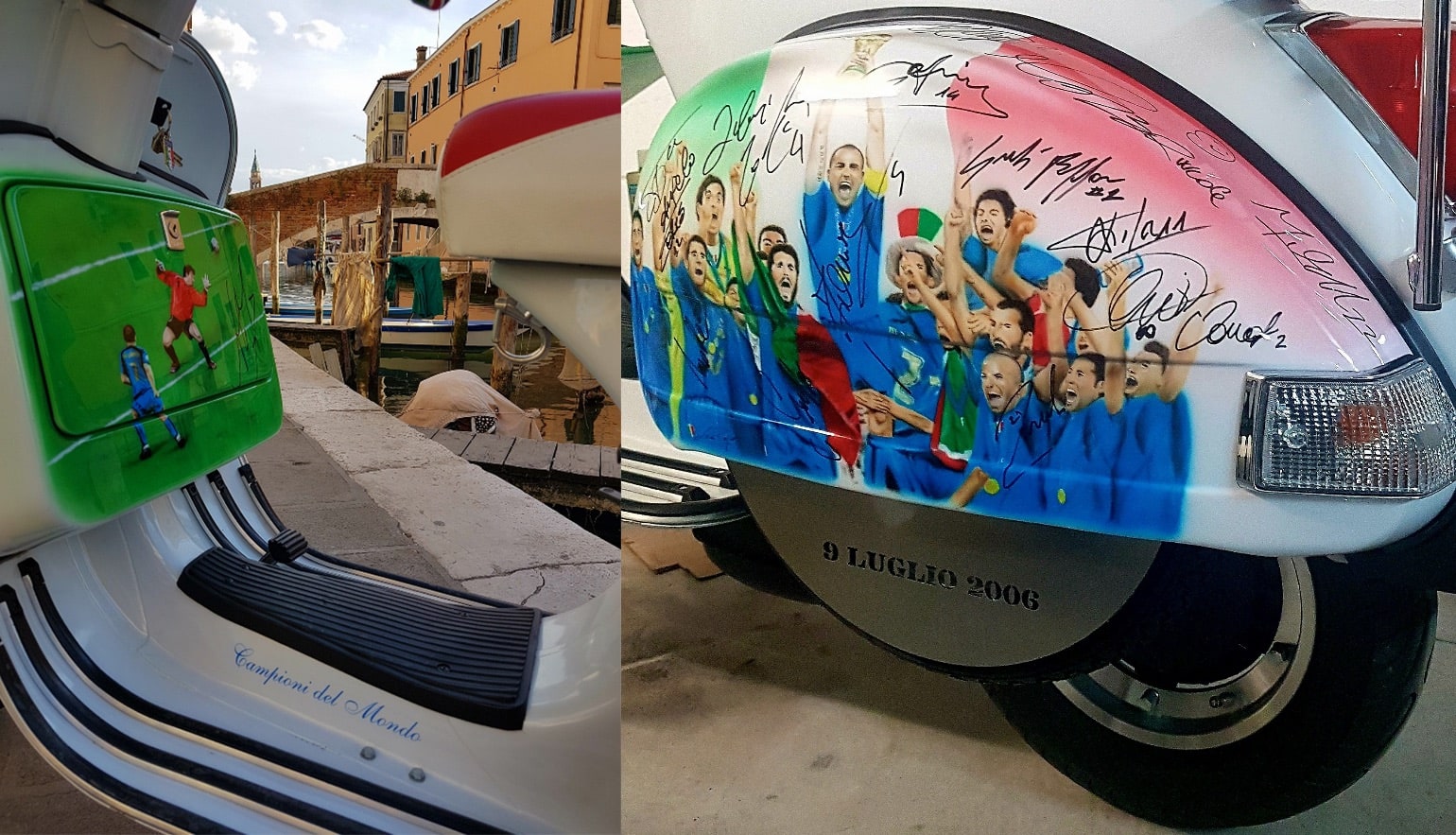 June 2020 – The following message arrived in the Piaggio Customer Service E-mail inbox: “I am attaching an article. Perhaps my story will be of interest to you, since I am a faithful Vespista.” Signed Andrea Tiozzo Pagio. The article he attached was the one written by Manuele Cecconi and published in the Gazzetta dello Sport newspaper on 20 June 2020. Of course Andrea’s story is of interest to us! It is so original, and a bit mad too, as are all stories where passion plays a key role. Actually, two passions: Andrea is a self-declared fan of the Italian National team and a Vespista. It was this mixture that spawned the idea of a tribute to those he calls “the heroes of Berlin.” In other words, the Italian National team footballers from the 2006 World Cup: Italy won that World Cup in the final played on 9 July at the Berlin Olympic Stadium, beating France in a penalty shootout, 5 to 3. A thrilling game, forever burned into the hearts and memories of the fans. And so, the Italian National team won its fourth world title, preceded by the ones in 1982, 1938 and 1934. 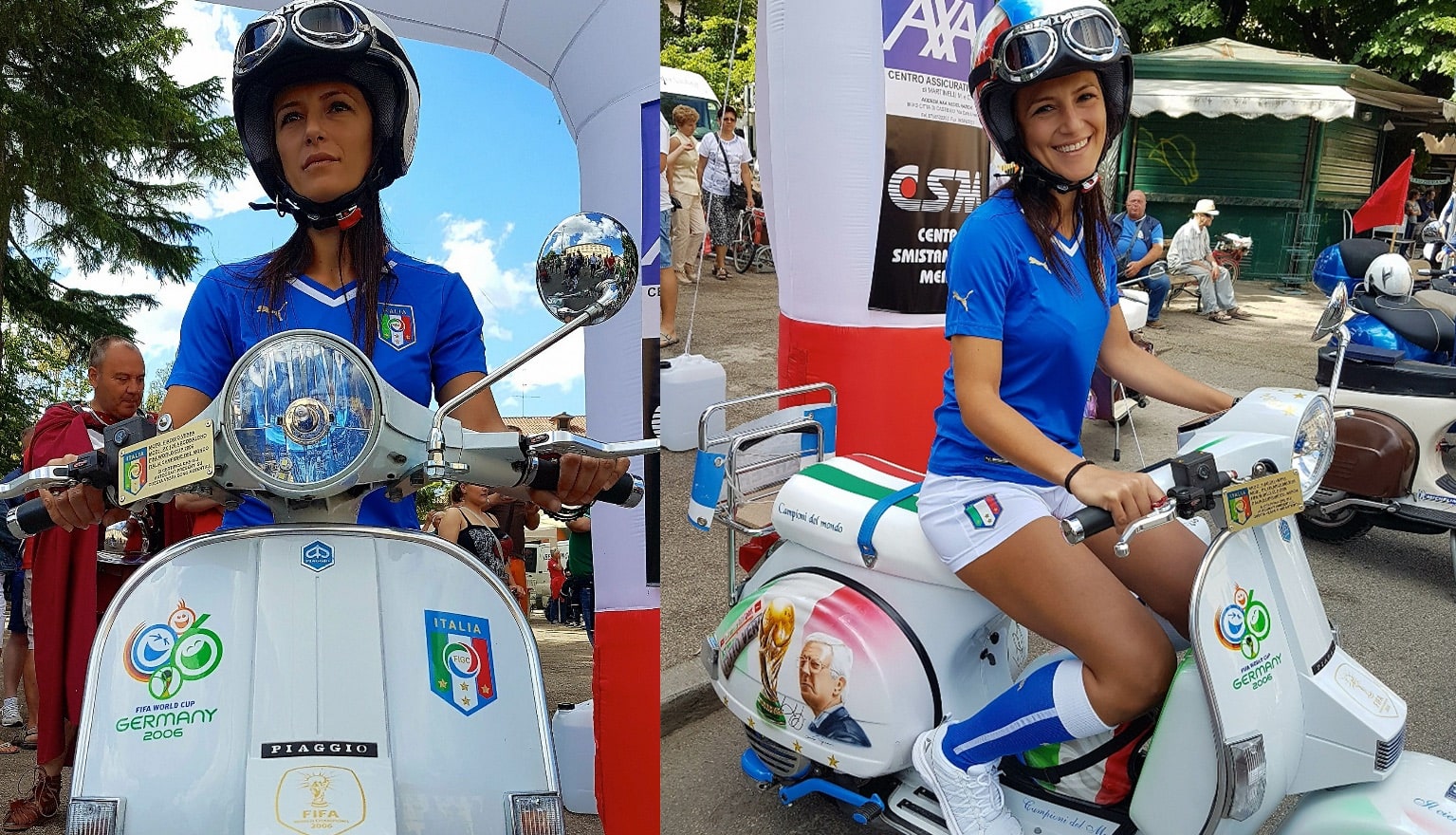 In the article published by the Italian newspaper and on Andrea’s Facebook page - www.facebook.com/pg/Vespa-mondiale-2006-799057790143975/posts - the forty-year-old Andrea recounts his incredible, decade-long odyssey chasing down the 2006 world champion players, asking each one for their autograph for his vintage family Vespa, a 1985 125 PX, fully restored for the undertaking and now an entirely “unique piece”. From the first autograph by Gianluca Zambrotta to the last one by Alessandro Nesta, with themed images (including the celebrating National team, the legendary World Cup, the face of then coach, Marcello Lippi, the Italian flag and even the rolled up Gazzetta dello Sport newspaper with the headline “Tutto vero” – “All true”): this and more was airbrushed on the body by Luca Pagan.

In addition to the great satisfaction of having accomplished the mission, Andrea now boasts a nice collection of photographs alongside the super champions, from Alessandro del Piero to Francesco Totti, just to name a couple. The undertaking, he himself admits, was not always easy, but the tenacious Vespista never gave up, chasing down his heroes for more than ten years all over Italy and abroad, often travelling with his Vespa. The Vespa that he now deservedly and proudly shows off at rallies, also recounting his extraordinary tale in schools. 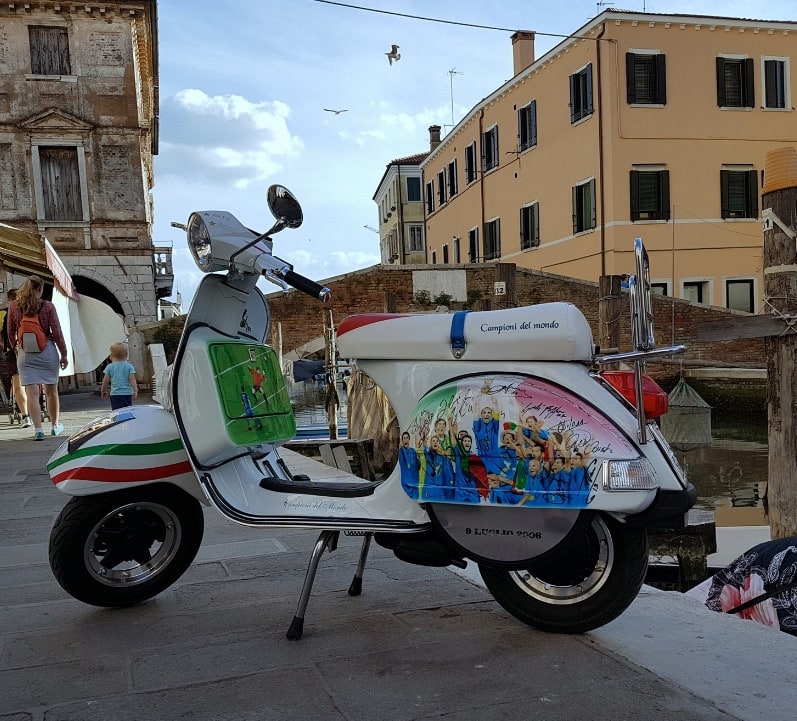 The photos in this article are taken from Andrea Tiozzo Pagio’s Vespa Mondiale 2006 Facebook page. Below is the official logo of the 2006 World Cup Championship. 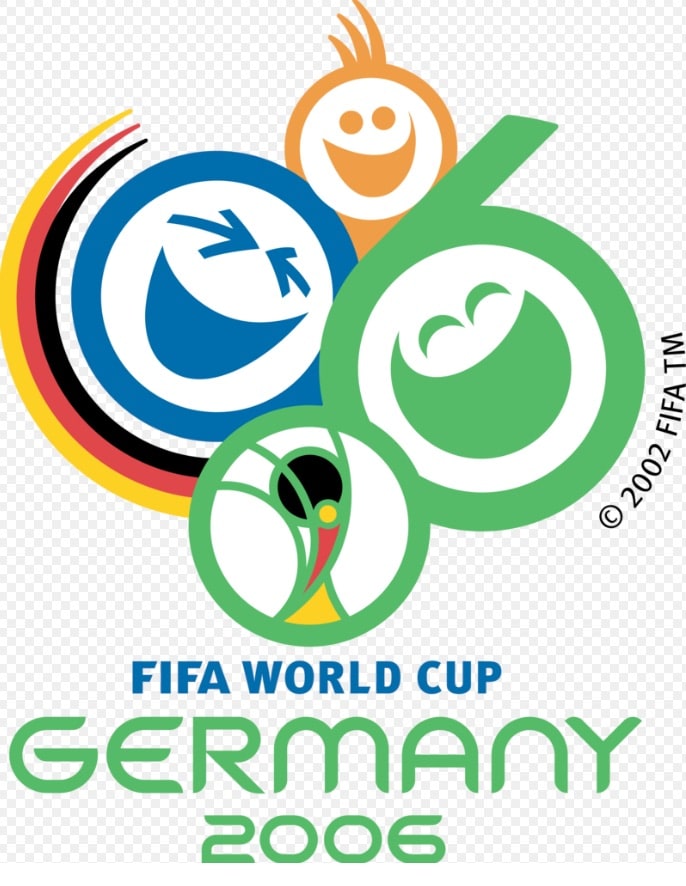