ANTONIO LIGABUE AND MOTO GUZZI: A BOND OF ART AND LIFE 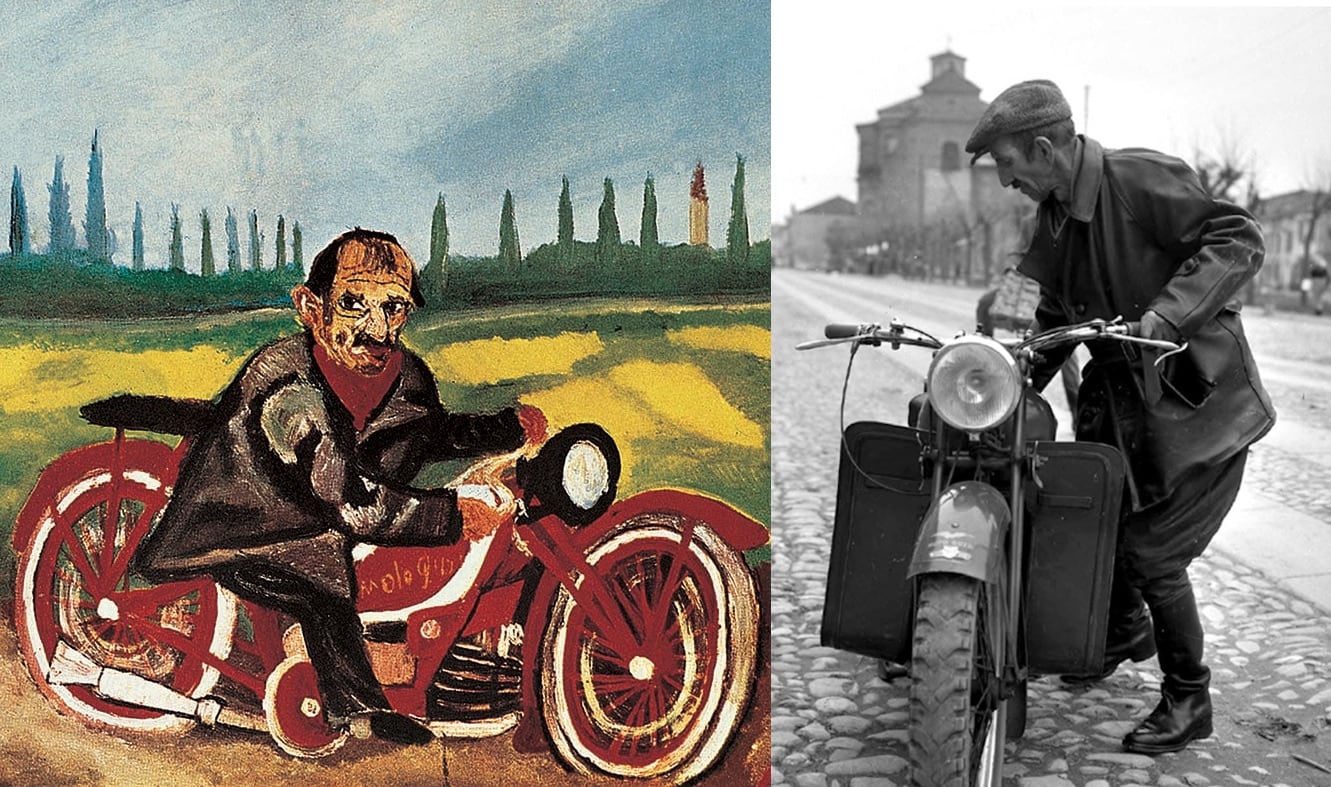 Antonio Ligabue, self-portrait with a motorbike on the left; on the right, the artist with one of his Moto Guzzis (source www.museo-ligabue.it).

BERLINALE 2020: SILVER BEAR FOR ACTOR ELIO GERMANO, PROTAGONIST OF “VOLEVO NASCONDERMI”, FILM-PORTRAIT OF THE INGENIOUS ITALIAN PAINTER AND SCULPTOR. AND THE NEW “INCOMPRESO” EXHIBIT IS OPEN UNTIL NOVEMBER IN THE MUSEUM DEDICATED TO HIM. 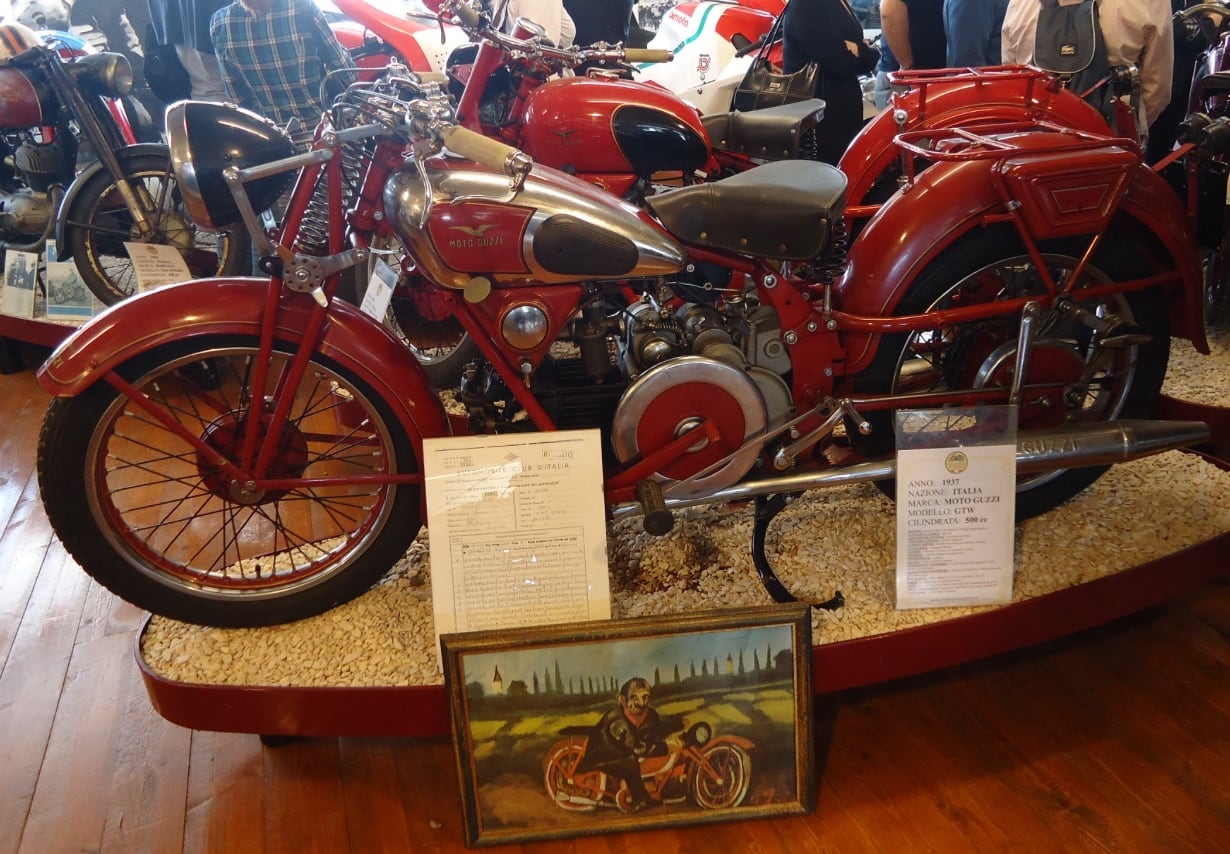 1937 Moto Guzzi GTW 500 in an exhibit, with the self portrait of Antonio Ligabue astride the same motorbike model. In his life, he had no less than 16 Moto Guzzis.

2 March 2020 - Antonio Ligabue is certainly one of the artists that is most connected to Moto Guzzi. Even some futurist painters – who highlighted the concepts of modernism and speed in their works – like Leonardo Papasogli, Mino Lo Savio, Fortunato Depero and Paolo de Cuarto, promoted Moto Guzzi and its legendary charm. But of course, for Ligabue (Zurich, 18 December 1899-Gualtieri-Reggio Emilia, 27 May 1965), Italian painter and sculptor, one of the most important naïf artists of the twentieth century, the relationship with the bikes from Mandello spilled over from life to art and vice versa. 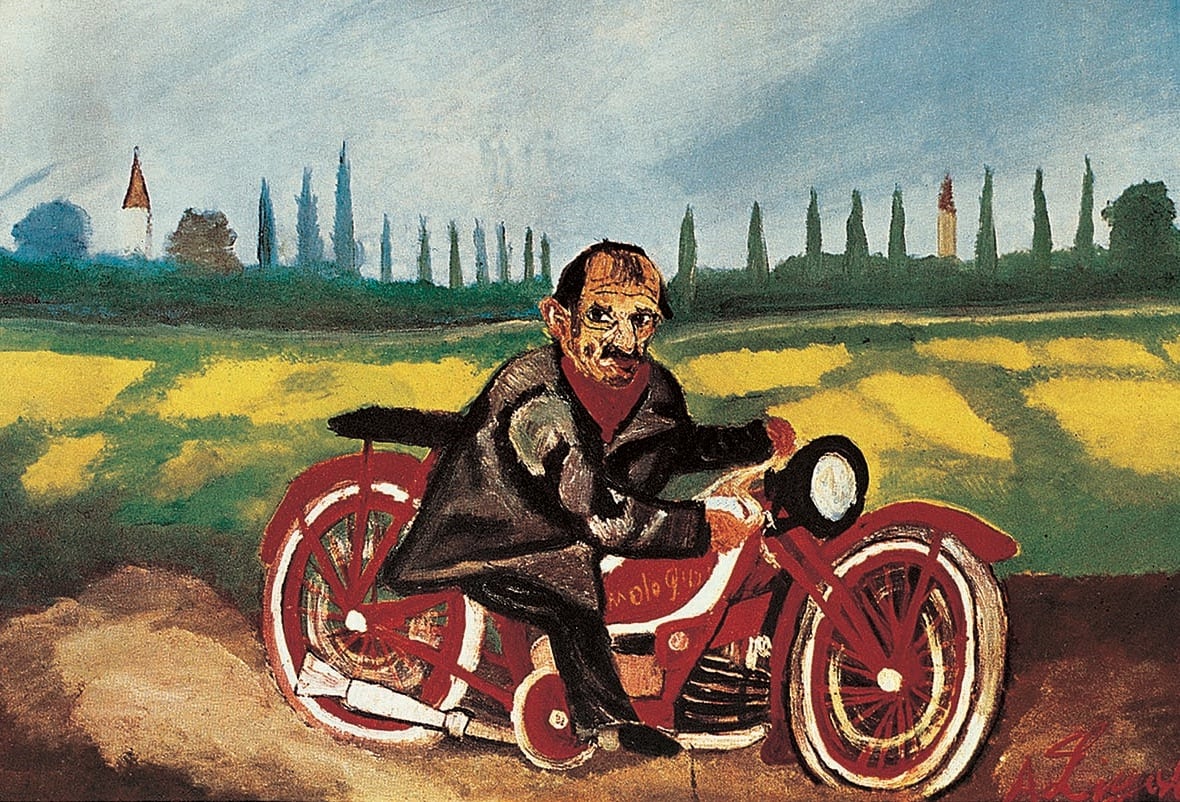 "When he was desperate… he would get on the bike and defy the fog of the country lanes... because the roaring and hot cylinder head of the Guzzi was the only consolation against the cold of winter and the unfathomable hostility of the world", wrote Edmondo Berselli. 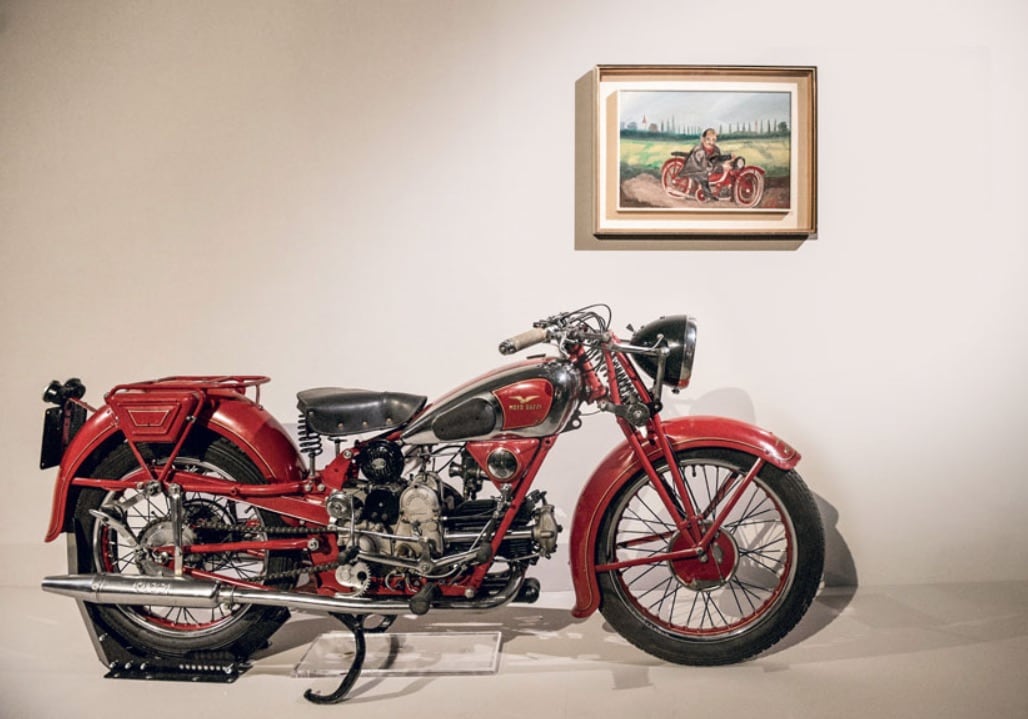 An ingenious artist with a tormented and dramatic life, deported from Switzerland at the age of twenty, in 1919, Antonio Ligabue moved to Gualtieri in Emilia-Romagna, where he began to paint and, with the first money he made by selling his paintings, he purchased a red Moto Guzzi he began to ride around the Reggio Emilia lowlands. He would carry his paintings tied to his back to show and sell to the wealthy landowners in the area. Moto Guzzi became his life companion, loved so much that he would paint it in two of his paintings. 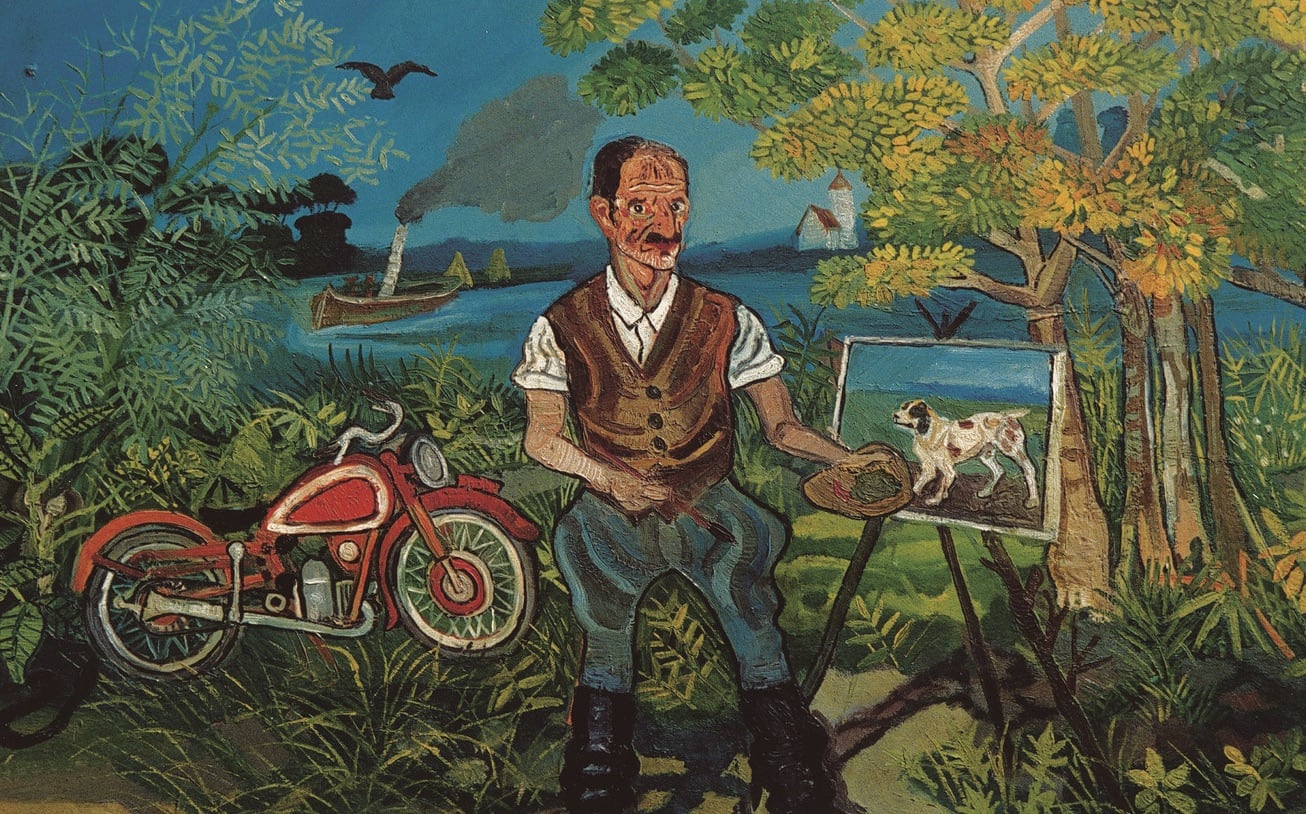 The film “Volevo nascondermi” (‘Hidden away’) by Giorgio Diritti (2020), acclaimed at the 70th International Festival of the Cinema in Berlin, with a masterful lead performance by the Italian actor Elio Germano, winner of the Silver Bear as best actor, brought the artist Ligabue back in vogue with the general public, also immortalising his ramblings astride his beloved Moto Guzzis.

And the Antonio Ligabue Museum of Gualtieri (Reggio Emilia, Italy), “homeland” of the artist, dedicates a new exhibit to him – entitled “Incompreso” (Misunderstood), The life of Antonio Ligabue through his works – open until 8 November 2020. On display are 22 of Ligabue’s paintings, including some present in the film Volevo nascondermi, as well as various statues, unpublished documents and photographs taken of the artist by Walter Breveglieri.

(Source of background images for this article: www.fondazionearchivioligabue.it/opere).