DO NOT TRY THIS AT HOME!

IN AUSTRIA, STUNT RIDER GÜNTER SCHACHERMAYR HURLS HIMSELF FROM THE TOP OF A DAM ON A VESPA FOR A SPOT IN THE GUINNESS BOOK OF WORLD RECORDS 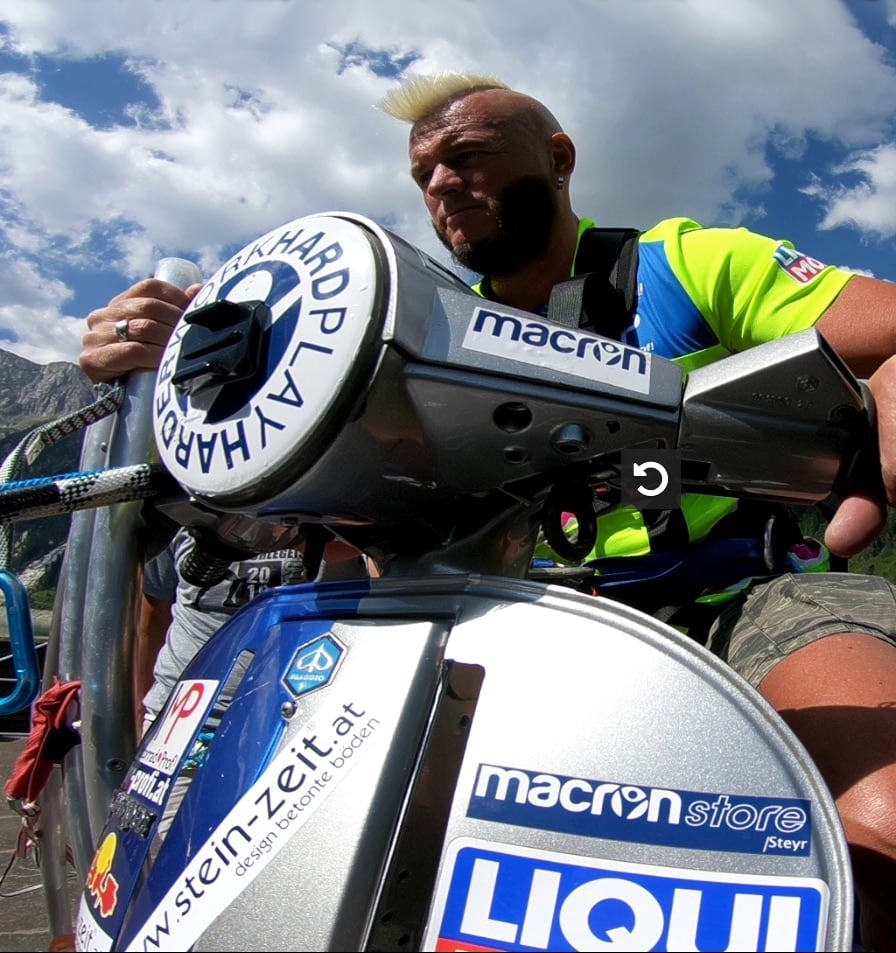 Image taken from the video of Günter Schachermayr.

September 2020 - Günter Schachermayr, famous 42-year-old Austrian stuntman, specialist in stunt riding, succeeded in yet another risky undertaking: hurling himself from the top of a dam astride a Vespa, thereby setting a Guinness World Record. In fact, in early August, Schachermayr jumped from the Schlegeis dam in the Zillertaten Alps (Austrian Tyrol), taking on a drop of 131 metres overlooking the artificial lake of the hydroelectric reserve. The dam is also a spectacular via ferrata where one can find numerous climbing enthusiasts of the… non-traditional type.

Schachermayr’s team used highly resistant technical fibre ropes and added metallic plates to reinforce the body of the Vespa, including safety cables. The stuntman strapped himself securely to the scooter to prevent falling off. After the jump, he remained in the saddle, dangling in the air for a few minutes like a pendulum and shouting words of encouragement to himself among the applause of spectators.

Images taken from Günter Schachermayr’s page and his video.

He stated to the press: "After checking the ropes and safety cables, I went over the railing and up onto the platform that had been built for us. I felt my knees trembling - Schachermayr recounted - because I knew that the countdown had begun and there was no turning back now. The moment I jumped was terrifying. I actually blacked out for a moment. But I did it! I have done a lot of stunts in the past with my Vespa, but being so close to such a powerful concrete wall seemed really brutal and scary."

Another spectacular undertaking, Image taken from Günter’s official website: www.guenter-schachermayr.at like the ones in the photo gallery below (and in the background of this article).

The stuntman, who undergoes rigorous athletic and technical training before tackling his stunts - always creative and spectacular, ingenious and a bit mad - has the further satisfaction of earning a spot in the Guinness Book of Records. Well deserved, but we would recommend for any other Vespa riders… not to imitate him! He is unique.

OTHER UNDERTAKINGS: WATERSKIING ON A VESPA. 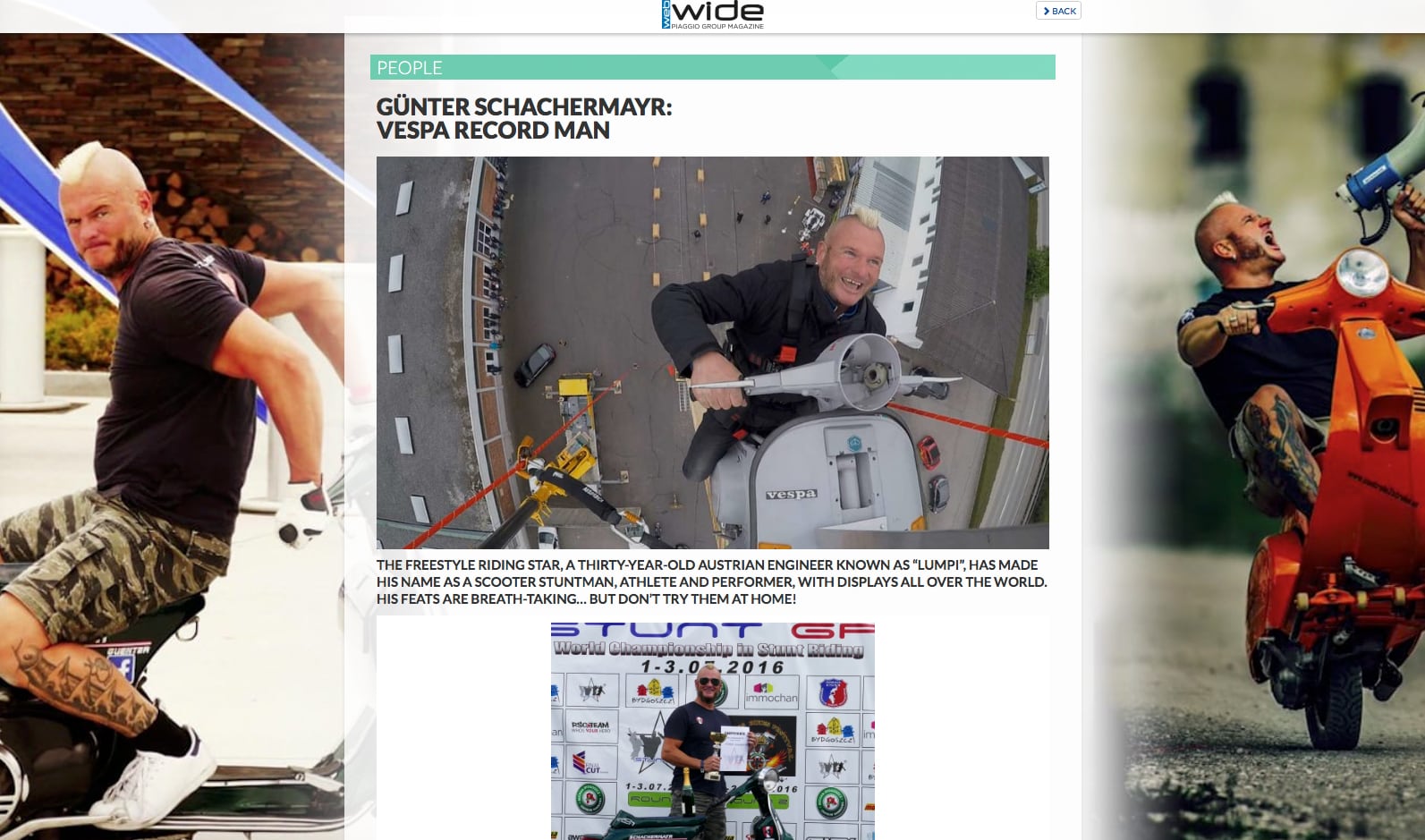