NANNI MORETTI BACK IN THE SADDLE ON A VESPA, LIKE IN THE FILM “CARO DIARIO” (DEAR DIARY). 27 YEARS LATER… 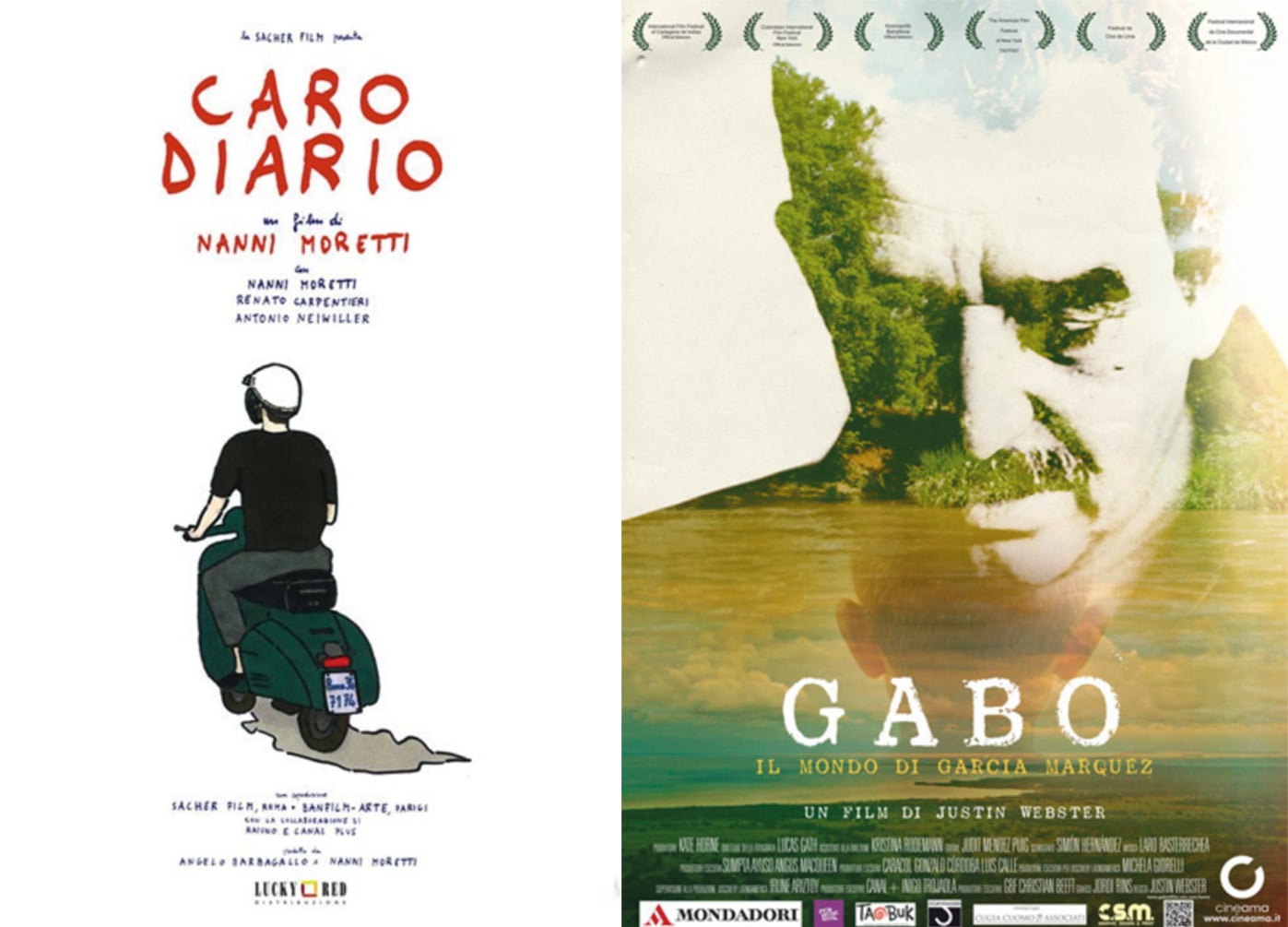 ALSO REMEMBERING GABRIEL GARCIA MÁRQUEZ, STUDENT AND REPORTER IN ROME IN THE FIFTIES, AND THE 1960 OLYMPIC GAMES WITH ONE HUNDRED VESPAS FOR AS MANY CHAMPIONS, ON AN HONOUR LAP THROUGH THE STREETS OF THE CAPITAL AND A STOP IN ST. PETER’S SQUARE FOR THE POPE TO GREET THE ATHLETES.

August 2020 – Rome in August, sunny and traffic-free; and scenes immediately spring to mind from the film “Caro Diario” (Dear Diary, ndt), written, directed and starring Nanni Moretti (made in 1993 and released in Italian cinemas on August 1st, 1994, awarded at the Cannes Film Festival for ‘best direction’, at the Nastri d’Argento and with two David di Donatello awards). A film divided into three parts: in the first episode – In Vespa – the Italian director and actor astride a blue Vespa 125, through the streets of the capital all the way to the Ostia beach (near Rome), among suburban neighbourhoods and buildings, urban scenery and hidden corners (an interesting tidbit: in another scene of the film, Moretti rides in the bed of a blue Ape Piaggio). 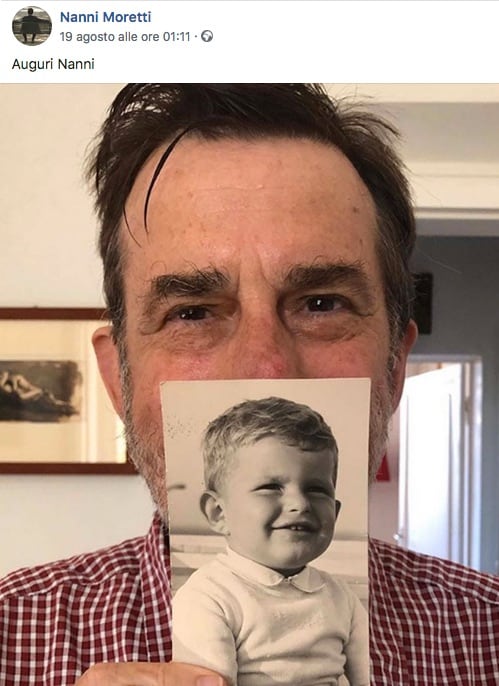 And here, in the blazing 2020 August holiday, the renowned director (born in Brunico on 19 August 1953) treats himself to e “rerun”, posting a video on his Instagram account that shows him, like then, astride a Vespa (this time a modern Primavera with white livery and matching helmet) riding through the same Roman streets as in the film, adding a brief “caption”: Rome, 15 August 2020, 3:30 PM. 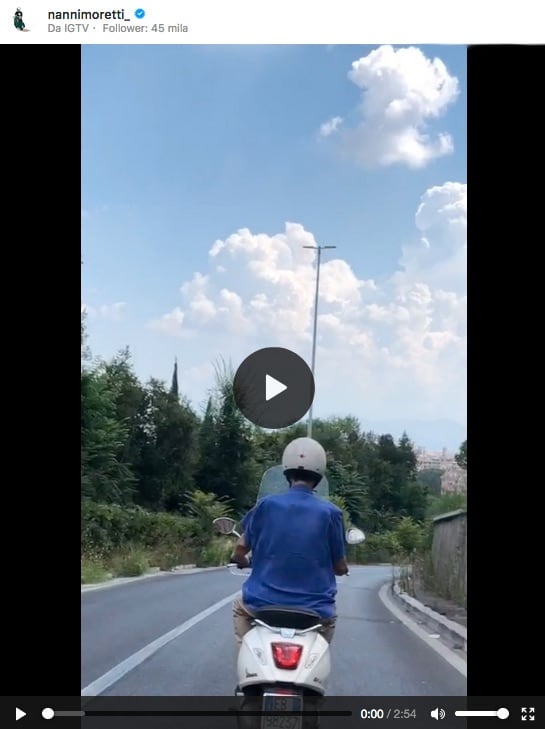 Journalists were immediately on the hunt for comments and lots of articles were published on the theme as the video went viral, and another great director – Gabriele Salvatores (Oscar award winner for the film Mediterraneo) – commented with … “Vespa and deserted Rome… and it’s already Cinema! Best Wishes, Nanni.”
Interesting fact: the Vespa that became the symbol of the film Caro Diario is part of the Turin National Museum of Cinema  (in the spectacular Mole Antonelliana location); in 2016, Nanni Moretti donated it to the museum, which restored it and placed it on display. 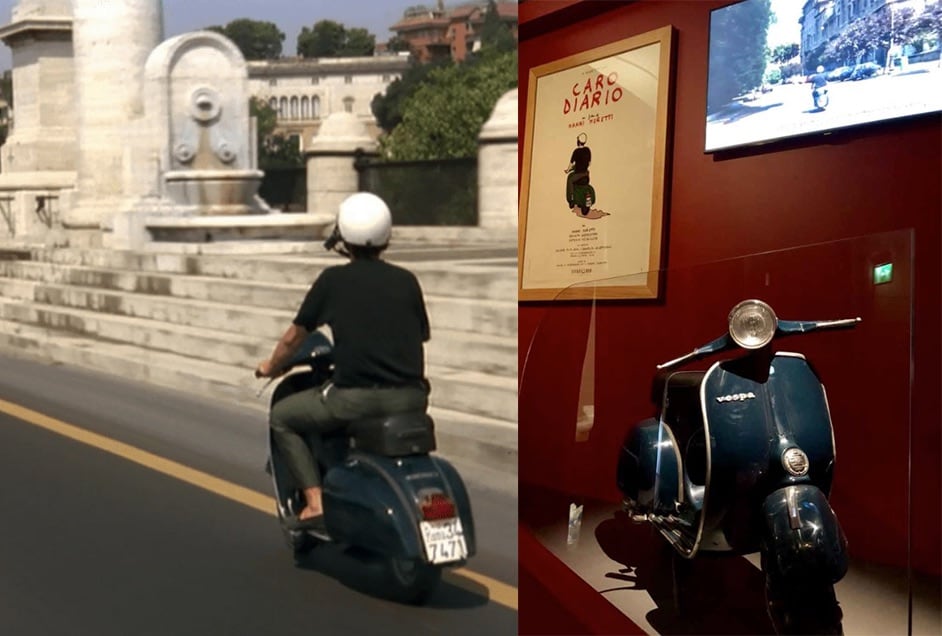 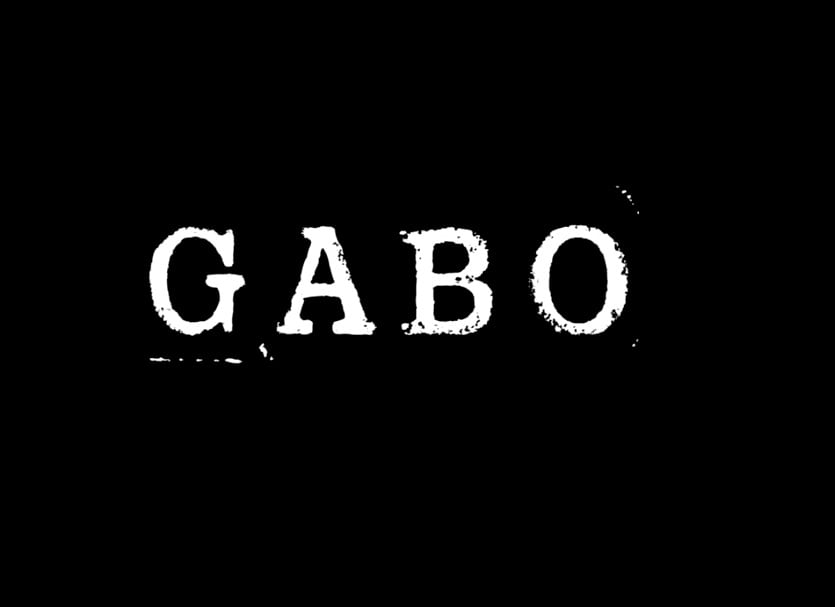 More cinema in this Roman summer: at Villa Borghese, on the initiative of the Colombian Embassy in Italy (and in many other summer venues) the docu-film “Gabo, la magia do real – The world of Garcia Márquez” by Justin Webster was projected, dedicated to the great, South American, Nobel prize winning author (1927-2014). It is a chance to remember his youth as a student of the Rome Cinematographic Experimental Centre in 1955, where he lived for a few months, working on his first novel “La hojarasca” (prelude to the masterpiece Cent’anni di solitudine - One Hundred Years of Solitude) and as a reporter, riding a Vespa 65 years ago, between eateries and tourists, and writing about the current events of the time (such as Pope Pacelli’s meeting with actress Sophia Loren) for a Colombian newspaper. Gabo would return to Rome 11 years later, in 1969, with his wife and muse, Mercedes Barcha, who passed away this August. 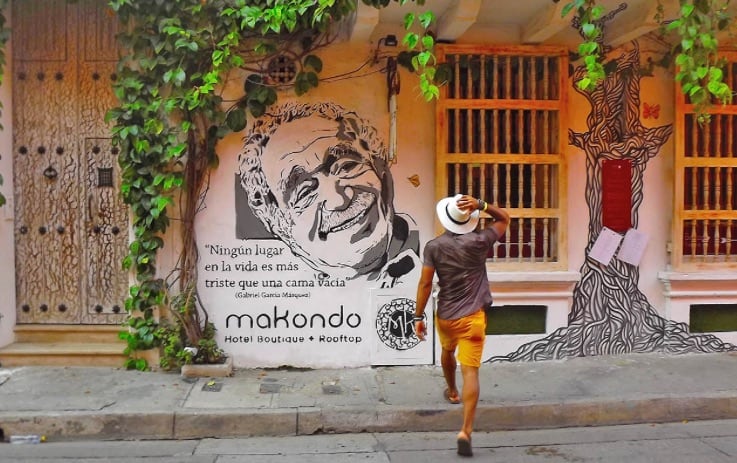 Piaggio provided the Olympic organisation with 100 Vespas (lined up in the photo above with the testers), which paraded in a procession through the streets of the capital, ridden by as many champions, all the way to St. Peter’s Square (Vatican) for the athletes from all over the world to be greeted by then Pope John XXIII, who then posed with the legendary scooter in the Olympic Village, as these historic La Presse images show.

An interesting tidbit: the 1960 Vespa range in this vintage advertisement. 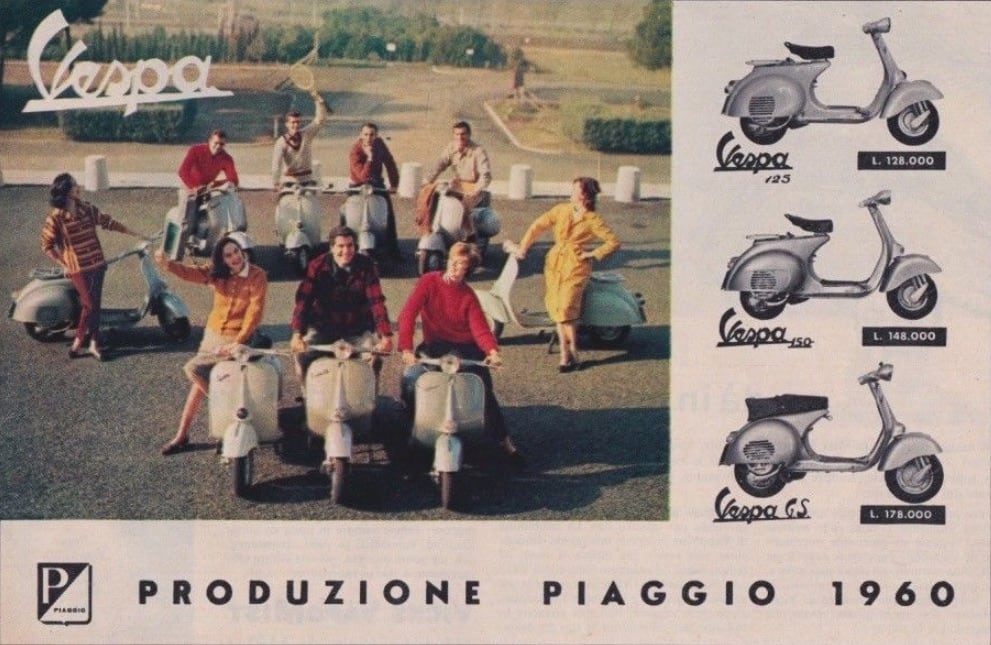 TO SEE THE CURRENT RANGE: www.vespa.com