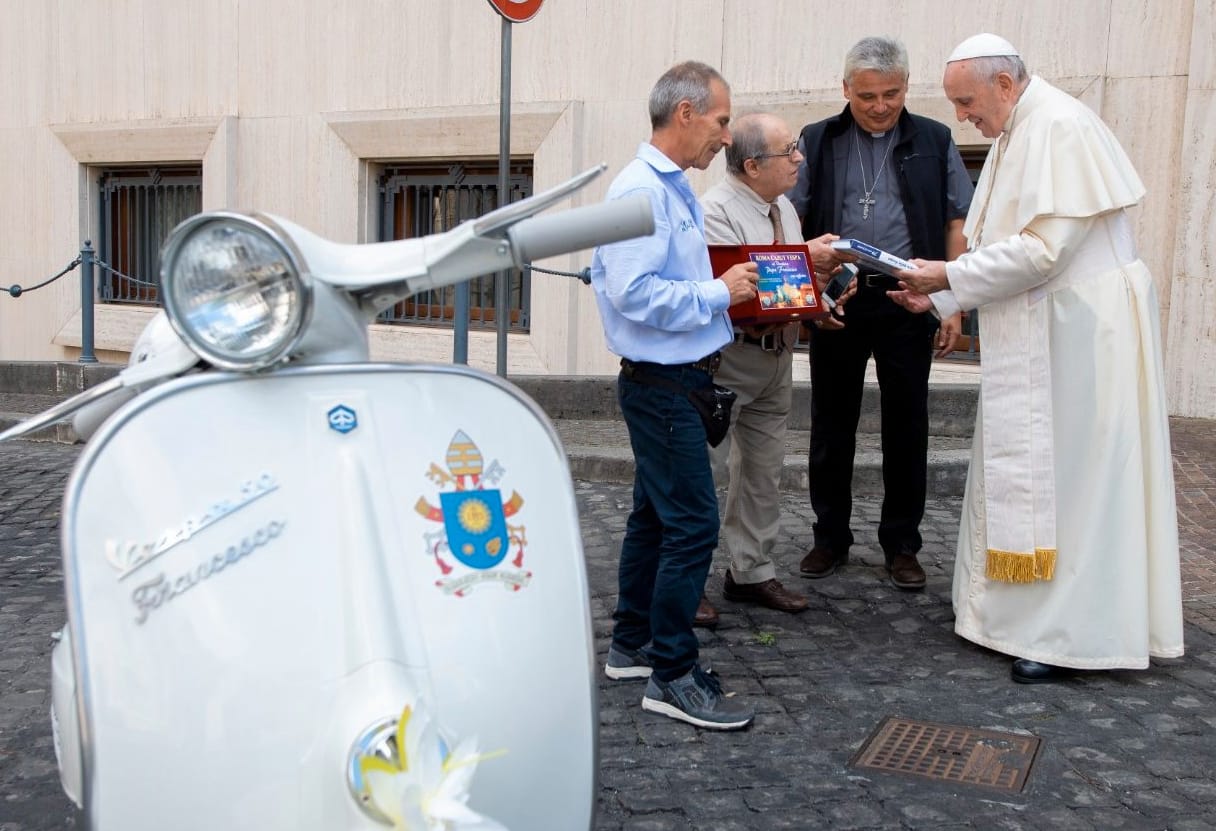 The Vatican, Rome, 2 September 2018 – In St Martha’s square, before the Sunday Angelus, the Pope was presented with a Vespa scooter by the "Vespa nel Tempo" Club. “We were very keen to make this gift to the Pope,” Giuliano Ianiro, founder and president of the Rome-based club, told Vatican News. Giuliano was accompanied by Vespa racer Giuseppe Cau, who gave the Pontiff a copy of his autobiography, “Il Cavaliere della Vespa”. 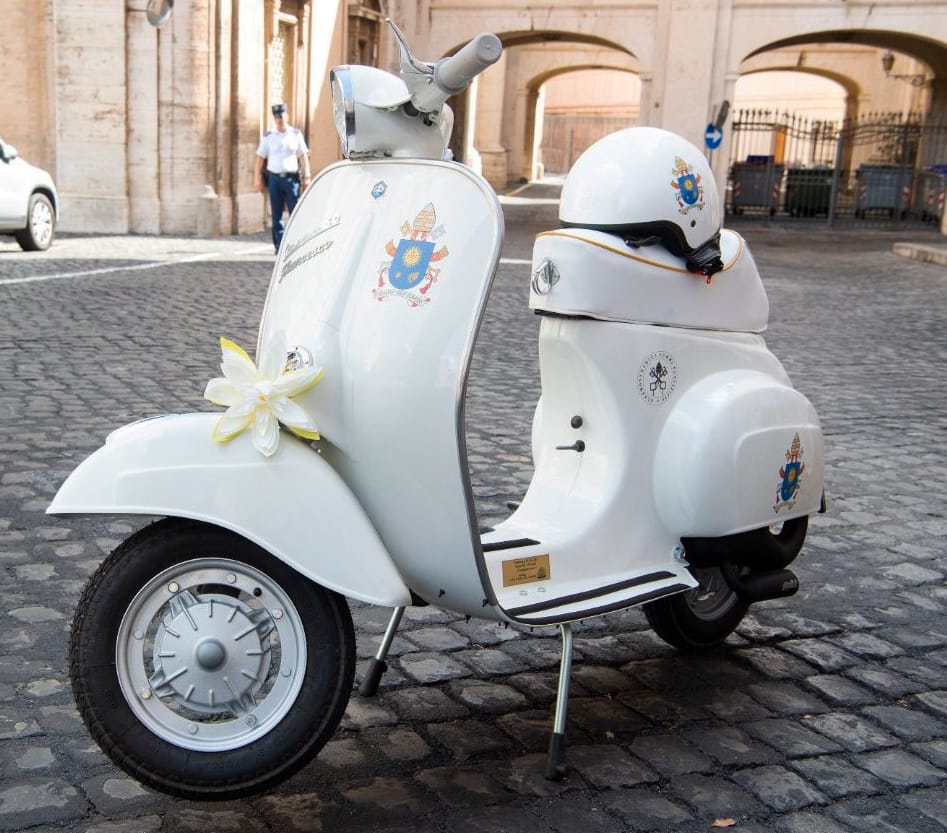 The scooter in question is an original Vespa 50R from 1971, personalised in a smart white livery with the Vatican coat of arms, and an ad hoc registration plate: BF362918 (B for Bergoglio – F for Francis – the Pope’s year of birth – and the date 2 September 2018). A white helmet emblazoned with the coat of arms completed the gift.
The Vespa delegation was accompanied by Cardinal Konrad Krajewski, the Pope’s Almoner, who took delivery of the scooter (and the opportunity for a quick ride, watched by an amused Pope, who reminded the cardinal he had to wear the helmet); the two-wheeler will be given to charity, probably through an auction. 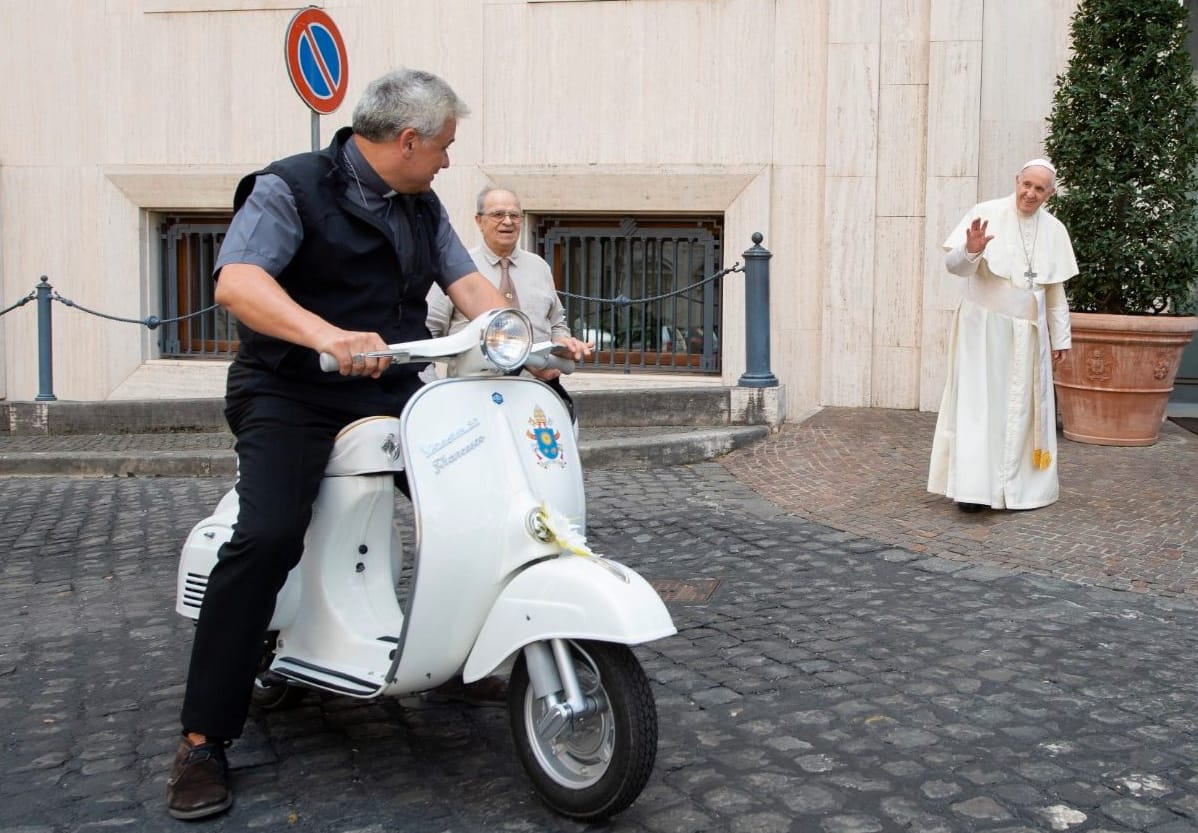 Later, more than 600 Vespa riders attended the Angelus in St Peter’s Square, after parking their scooters in the Vatican. Specifically, they numbered 640, all registered for the second “International Rome Caput Vespa Rally”, from 77 Vespa clubs in a number of countries. The event began on Friday 31 August and ended on Sunday 2 September at the San Sisto Semenzaio in Porta Metronia square near the Colosseum, where the Vespa Village had been organised. Every Vespa Club also donated a plant to the city of Rome, to be planted in the capital’s gardens. 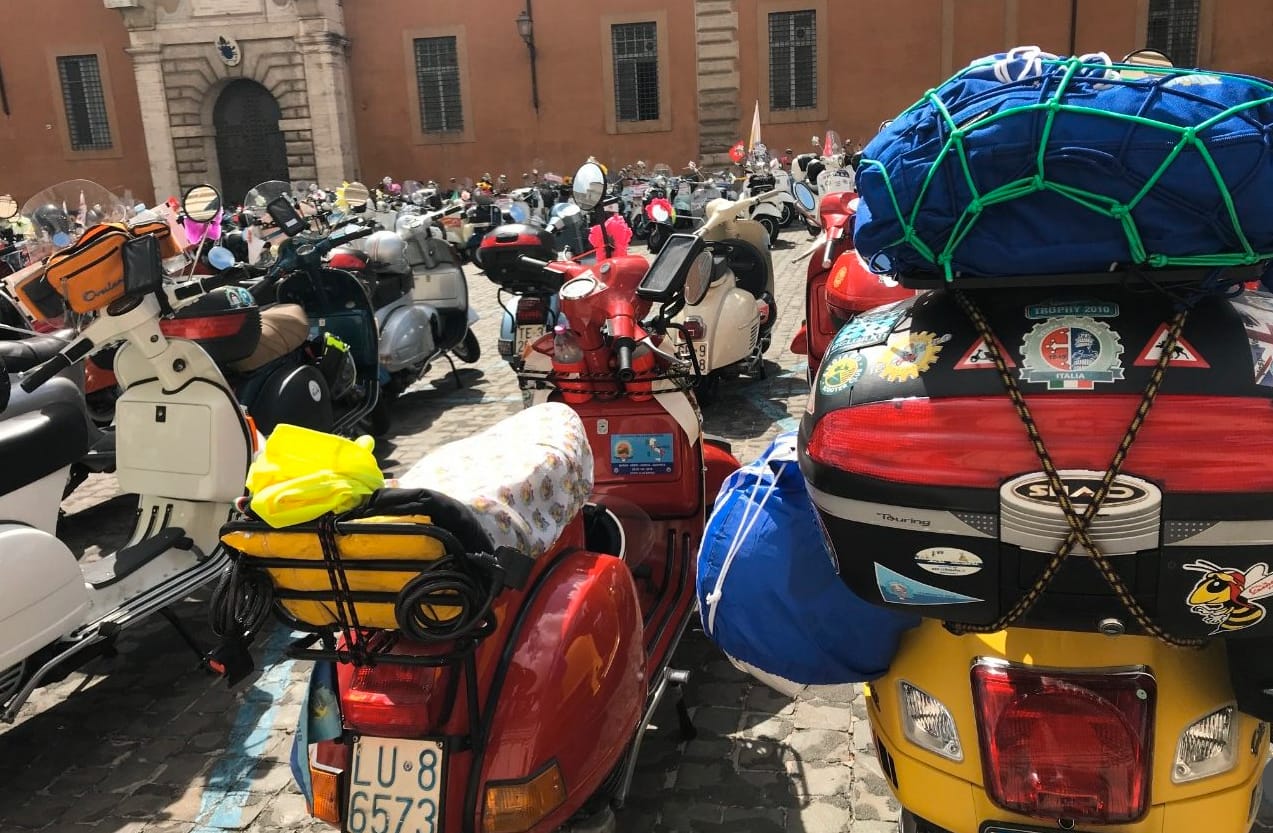 At the end of the Angelus, during his customary greetings to the various groups in St Peter’s Square, the Pope mentioned “the participants of the Vespa biker rally, I can see their banner … welcome!”, to great applause.

(Source photos with the Pontiff: www.vaticannews.va/it.html).