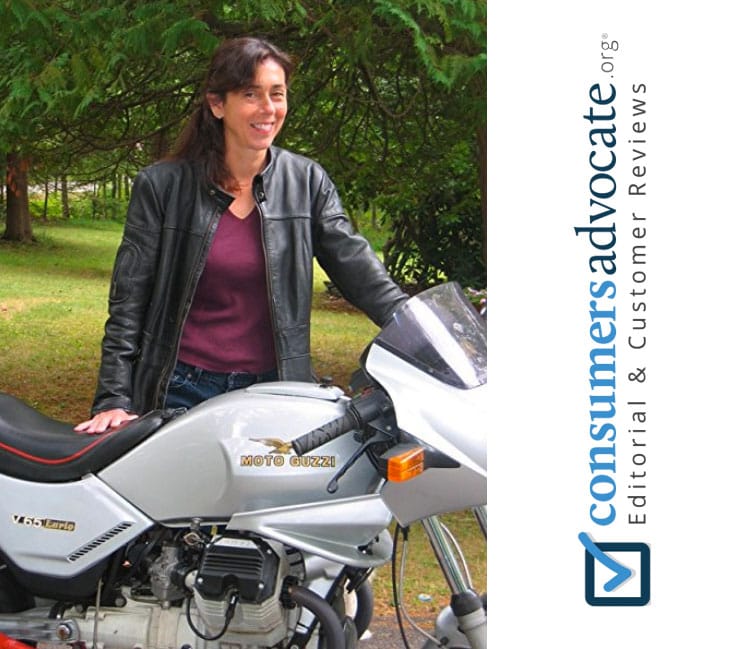 MICHAEL O'KEEFE, EDITOR OF THE PORTAL "CONSUMERS ADVOCATE.ORG-EDITORIAL & CUSTOMER REVIEWS" SIGNALS THE PUBLICATION OF A VERY INTERSTING PRESS REPORT ENTITLED "RIDING HISTORY: 3 WOMEN WHO CHANGED THE FACE OF MOTORCYCLING", SIGNED BY JIM TRUMM AND DEDICATED TO THREE EXTRAORDINARY MOTORCYCLISTS. ONE OF THEM IS MELISSA HOLBROOK PIERSON, TRAVELER AND WRITER, WHO LOVES THE SOUND OF THE ITALIAN MOTORCYCLE OF MANDELLO. HERE THE ARTICLE OF JIM ON MELISSA. 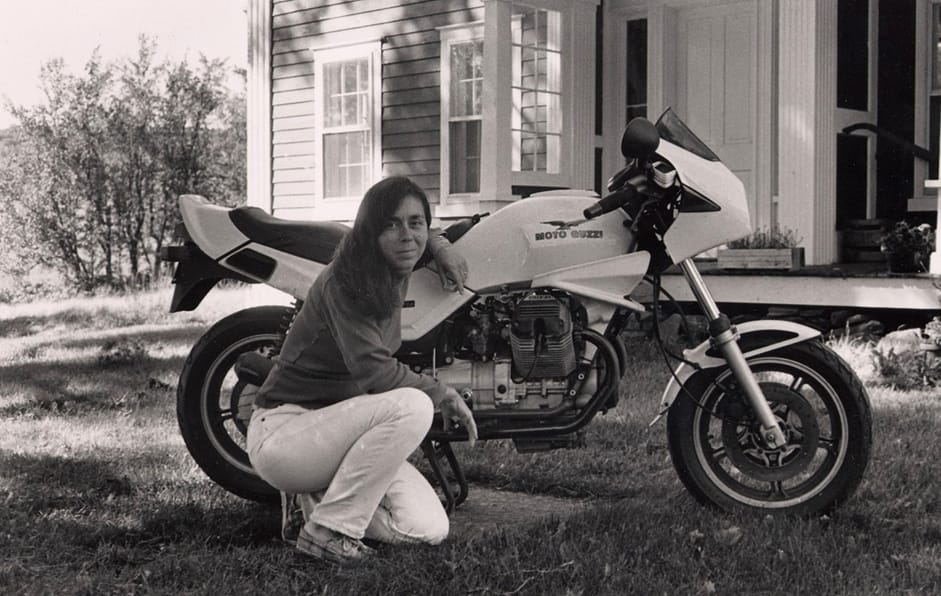 Article by Jim Trumm: The book The Perfect Vehicle: What It Is About Motorcycles, by Melissa Holbrook Pierson, begins with a lyrical passage that reads like a description of a religious rite. "The key is slipped into the ignition at the top of the steering head. Then the rider swings a leg over the seat and sits but keeps the weight on the balls of the feet. With a push from the thighs, the rider rocks the bike forward once, again, picking up momentum until it starts to fall forward and down from the centerstand… The key turns; idiot lights glow.… The starter button on the right handlebar, pressed, begins a whirring below. A simultaneous twist of the right grip pulls the throttle cables and the engine bleats, then gulps, then roars. There is contained fire within inches of the rider’s knees."

THE BOOK OF MELISSA, PUBLISHED FOR THE FIRST TIME IN THE UNITED STATES BY W. W. NORTON & COMPANY INC. IN NEW YORK IN 1998, HE BECOME A FAMOUS BETWEEN MOTORCYCLISTS AND HAS BEEN PUBLISHED ALSO IN ITALY BY FELTRINELLI. ON THE COVER FIGURE AN ARTISTIC INTERPRETATION OF THE MOTO GUZZI V8 (EIGHT CYLINDERS); RIGHT, PHOTO OF THE RARE ITALIAN VINTAGE BIKE (TAKEN FROM THE SITE RARESPORTBIKES), OF THE FIFTY YEARS.

Given Pierson’s attentiveness to the rituals of the ride, it’s not surprising that many pages on, she tells of her visit to a motorcycle museum in Otterbach, Germany in spiritual terms: "We admired all the fine old bikes, from Aermacchi to Zundapp, sure, but I think we were at least as appreciative of the fact that they were housed in a former church. It was still a place of worship as far as we were concerned.” 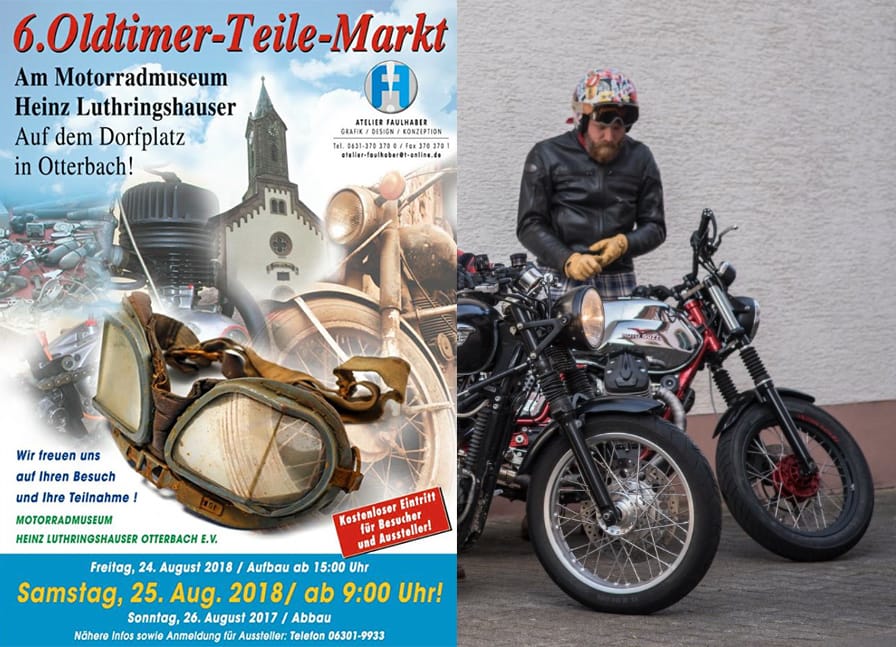 Recent meeting at the Otterbach Motorcycle Museum, in Germany, among the Guzzists destinations (www.motorradmuseum-heinz-luthringshauser.com).

But what begins as ritual soon becomes a psychological inquiry. To invert Pierson’s subtitle, what is it about motorcycles? It’s certainly more than just the ride. The closest she comes to giving a direct answer is to say that “motorcycles are a way into yourself, and a way out.”
By writing The Perfect Vehicle, Pierson had hoped to communicate the essence of motorcycling to a general audience. But that's not the way it worked out. The book was popular among motorcyclists, but non-riders took little note of it. 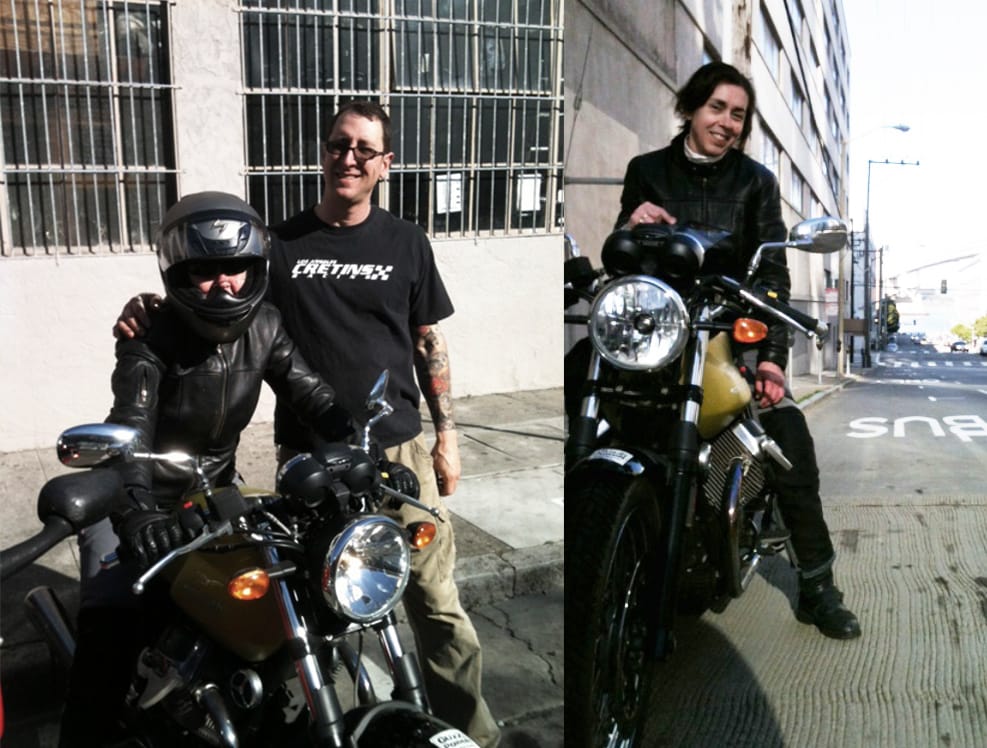 Melissa riding a Moto Guzzi V7 Classic, with Ed Milich, California (poet, writer and columnist of Motorcyclist magazine, motorcycle enthusiast of Italian motorcycles, has won races at the Daytona International Speedway riding his Moto Guzzi V65; he is a famous "Moto Guzzi guy": this is described on the blog Cary and John, Reporting from the road, from which the photos are taken).

In an interview for this article, Pierson also laments how technology has affected her connection with her motorcycles. "Now I feel a tad . . . distant from my bikes. This extends to the ride because I’m no longer able to pay the close attention I once did to the inner workings of the stationary motorcycle. Or to relate in a physical way to much of what’s happening when [I’m] underway. And that’s because I can’t—it’s all inside the invisible workings of a chip that is not ‘read’ by me, but by a computer.”
Pierson came to motorcycling in her mid-twenties, after getting her bachelor’s from Vassar and her master’s from Columbia. Once she discovered motorcycles, a different kind of learning took hold of her. She discovered the joy, power, peace, fear, vulnerability, and happiness that can visit a rider in just ten miles. She rode around New York City and its near environs. She rode America through and through. She rode in Europe. But the real travel is through the landscape of the psyche. The Perfect Vehicle is as much of a travelogue as Zen and the Art of Motorcycle Maintenance is about the highways of the northwest. Which is to say that it isn’t really about those roadways at all.

In the pictures below the title and the summary: Melissa with her motorbike, a 1986 Moto Guzzi 650 Lario; above, during a ride through the States, riding a most recent Moto Guzzi Norge GT 8V (photo by Joe Sokohl).

To make these inward journeys, Pierson doesn’t ride trail bikes, crotch rockets, or plush cruisers. She favors the sculpted, sinewy, Italian designs of Moto Guzzi: “I would know the sound of a big Guzzi in my sleep. It concentrates its aural energies in your upper chest, ringing through your bones. It is…the sound of joy.”

Despite her status as a female rider, Pierson is careful not to attempt to speak for all women motorcyclists. "I don’t think riding itself is a gendered experience," she said in an interview for this article.  "It’s the way the rider is perceived that’s gendered. Women have to push through an extra layer of resistance sometimes, in that we may have to first take back a basic right to do what we want to do without censure. In cultures that have strong gender prescriptions, this can be at the risk of physical punishment, but in many of the most dramatic instances where this is the case worldwide, there are now examples of women who have taken to motorcycles even under pain of physical harm, which is a new and amazing development. Men don’t face that.” 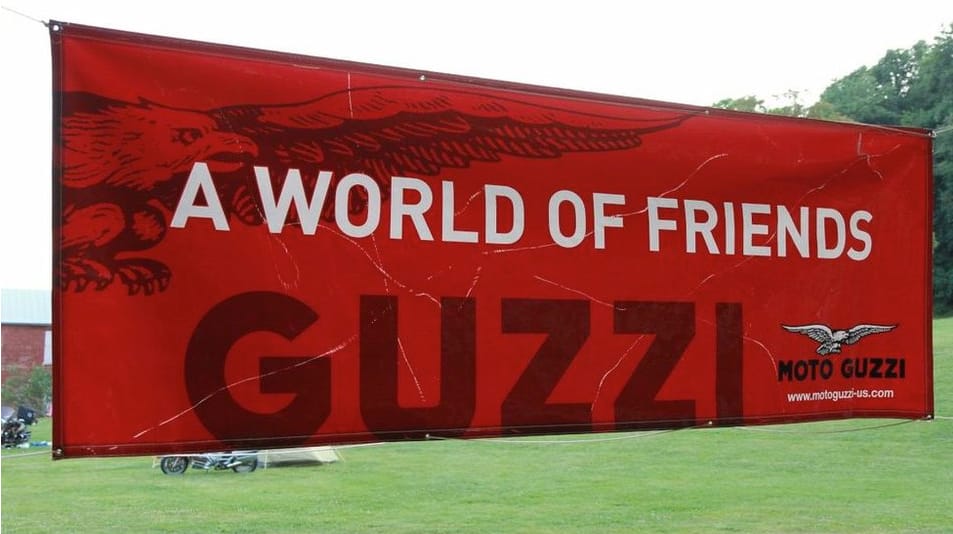 (Billboard dedicated to Moto Guzzi ... 'a world of friends', seen by Melissa during a motorcycle trip through the States and photographed by Joe Sokohl).

Pierson's second motorcycle book, The Man Who Would Stop at Nothing: Long-Distance Motorcycling’s Endless Road, was published in 2011. She hadn't planned to write about motorcycling again until she encountered the extreme long-distance motorcycle subculture, people who ride 1,000 miles in a single day in "iron butt" marathons. "It's such a loony, all-absorbing pursuit, I knew I’d have to write about it," Pierson remarked. "I still think those people are nuts. But they’re among the smartest, most generous humans I’ve ever encountered. There’s got to be a connection there.”
More recently, Pierson took a trip through India, another one of those journeys that broadens the mind, the soul, and the horizon.
And she’s still discovering what it is about motorcycles. 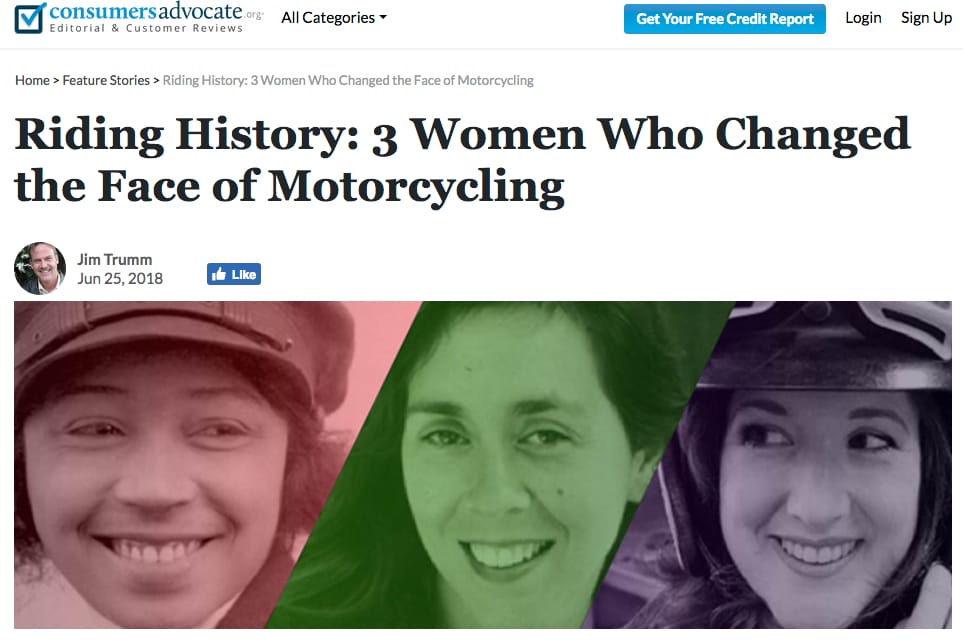