Milan (Eicma), 24 November 2021 - The Factory versions of Aprilia sports bikes have always been flagship products, dedicated to the most demanding and skilled riders, who can appreciate the quality of the most sophisticated outfitting. 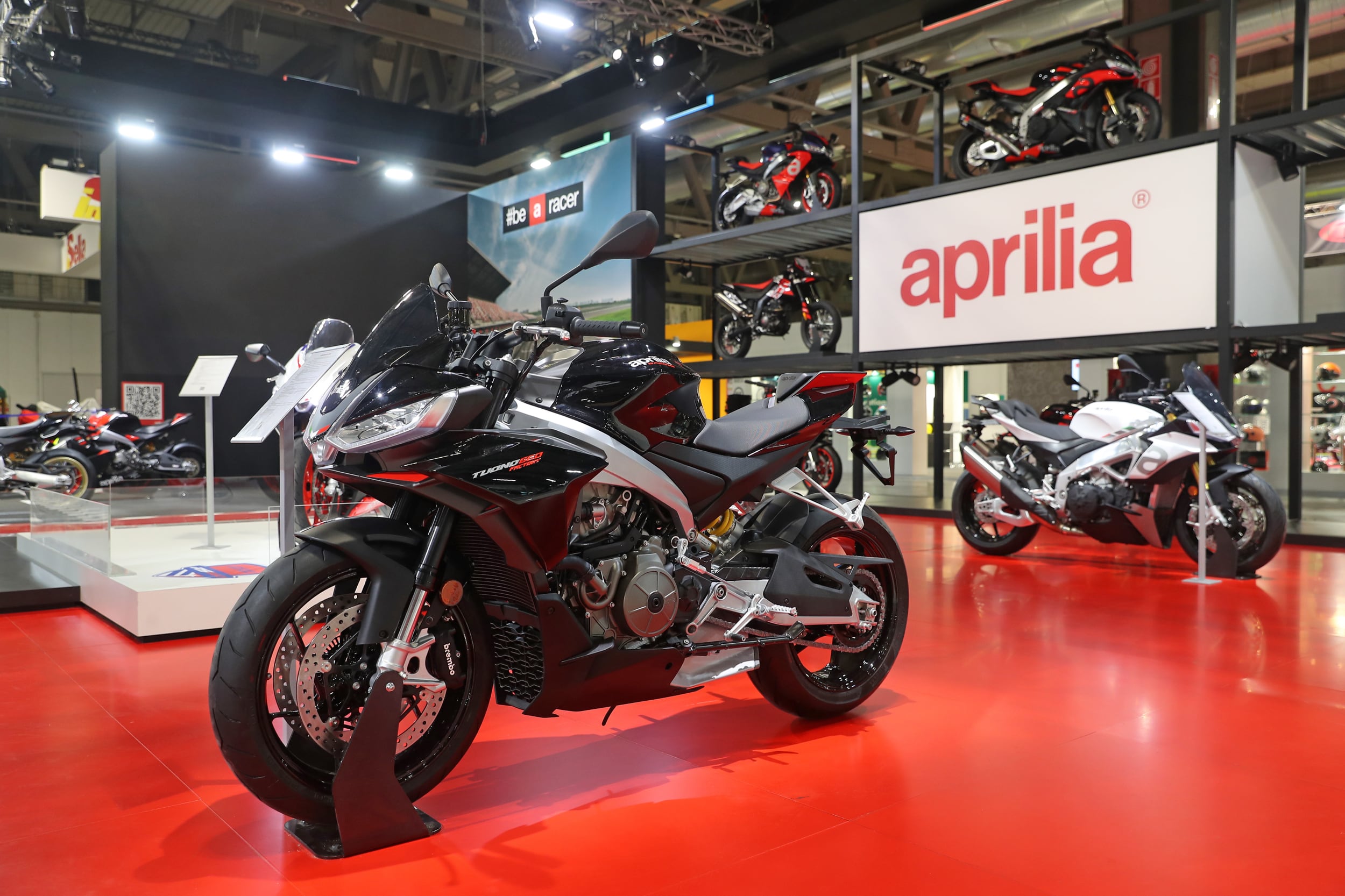 And now, the Factory trim is also available for the Tuono 660, which makes for a Tuono with unparalleled dynamic qualities, the most efficient and fun to use on the road and a true generator of emotions, accessible to everyone. All this, while respecting the Aprilia 660 project that promises bikes with a sensational weight/power ratio that are lightweight, high-performance, and built around the brand-new latest generation Aprilia parallel twin. 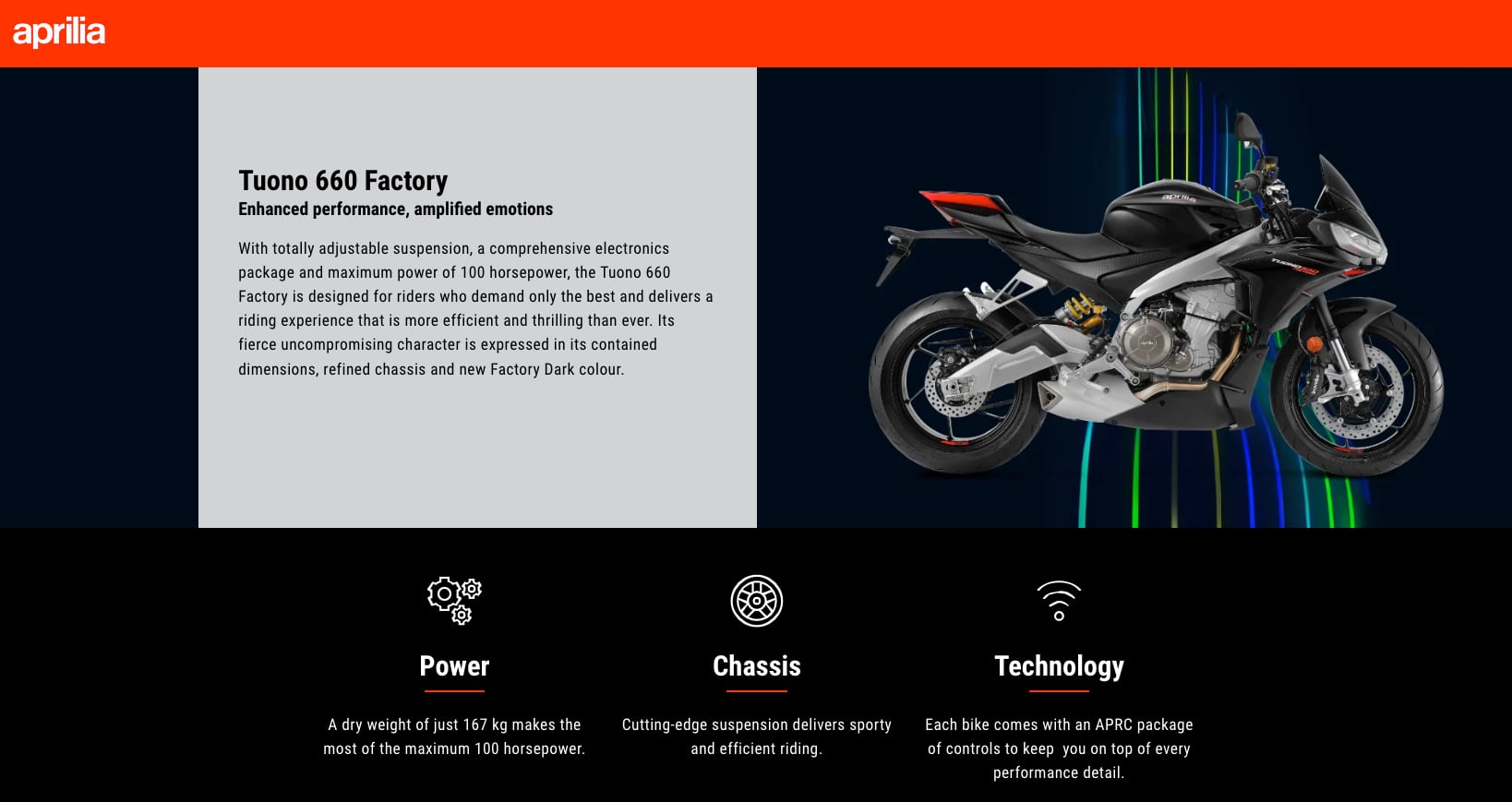 A compact and lightweight latest-generation engine, the 660 cc forward-facing twin with DOHC timing and four valves per cylinder is the result of experience gained with the very powerful engine that equips RSV4, from which the construction philosophy and basic concepts derive. The engine has a load-bearing function and houses the aluminium swingarm in its rear section. Combustion is asymmetric and offset by 270° to obtain irregular combustion which translates into performance and sound similar to that of a V-twin. The maximum power is upped from 95 HP with the Tuono 660 to 100 HP with the Tuono 660 Factory. The engine boasts even more drive in acceleration, thanks to the use of a shorter final drive, with a 16-tooth pinion gear, one less than Tuono 660. The maximum torque remains unchanged, with 67 Nm at 8500 rpm, 80% of which is available from 4000 rpm, or 90% on reaching 6250 rpm.

Tuono 660 Factory offers a full suite of APRC electronic controls with a Ride-by-Wire electronic accelerator and six-axis inertial platform as standard. The latter, thanks to the accelerometers and gyroscopes it contains, is able to recognise the bike's condition with respect to the road, recording and processing the inputs that result from riding and sending the data to a control unit that intervenes to optimise the control parameters. The Tuono 660 Factory APRC includes ATC (Aprilia Traction Control), adjustable traction control characterised by high-performance intervention strategies; AWC (Aprilia Wheelie Control), the adjustable wheelie control system; ACC (Aprilia Cruise Control) to maintain a steady speed without using the throttle; AQS (Aprilia Quick Shift), the electronic gearbox that allows for very rapid shifting without closing the throttle or using the clutch. It is also equipped with the downshift function, to allow for clutchless downshifting; AEB (Aprilia Engine Brake), the adjustable system to control engine braking when closing the throttle; AEM (Aprilia Engine Map), with different mappings via which to alter the engine's character and delivery.

Tuono 660 Factory also benefits from multi-map Cornering ABS. With its extremely contained weight and dimensions, the system is able to optimise braking and ABS intervention through the corners, thanks to a specific algorithm that constantly monitors various parameters such as lateral acceleration, the pressure applied to the front brake lever, and the lean, pitch and yaw angle, modulating the braking action in order to optimise the ratio between deceleration and stability.
As with the Tuono 660, there are five customisable Riding Modes (three for road use and two for track use) to simplify life on-board. The rider needs only to choose the Riding Mode that best interprets his or her riding needs in order to automatically obtain the best settings in terms of traction control, wheelie control, engine brake, ABS and the other managed parameters. Adoption of the inertial platform has also allowed for activation of the “bending lights” function, incorporated into the front LED light cluster complete with perimeter DRL (this pair of additional lights illuminate the entire corner, increasing visibility when leaning).

With its reduced surfaces effectively highlighting a dynamic, sports character, the bike's design stands out for the innovative double fairing that serves as an aerodynamic appendage. The pressure of the air channelled between the two walls contributes to optimising stability at high speeds and, at the same time, increases rider comfort by protecting against direct air flow, also deflecting the hot air extracted from the engine. The Tuono 660 Factory version is further enhanced with the aggressive and sporty Factory Dark graphics and the presence of the single-seat tail fairing, painted in black and red and supplied as standard together with the passenger seat and footpegs. These pegs, like those of the rider, are the same as those of the Aprilia RS 660. 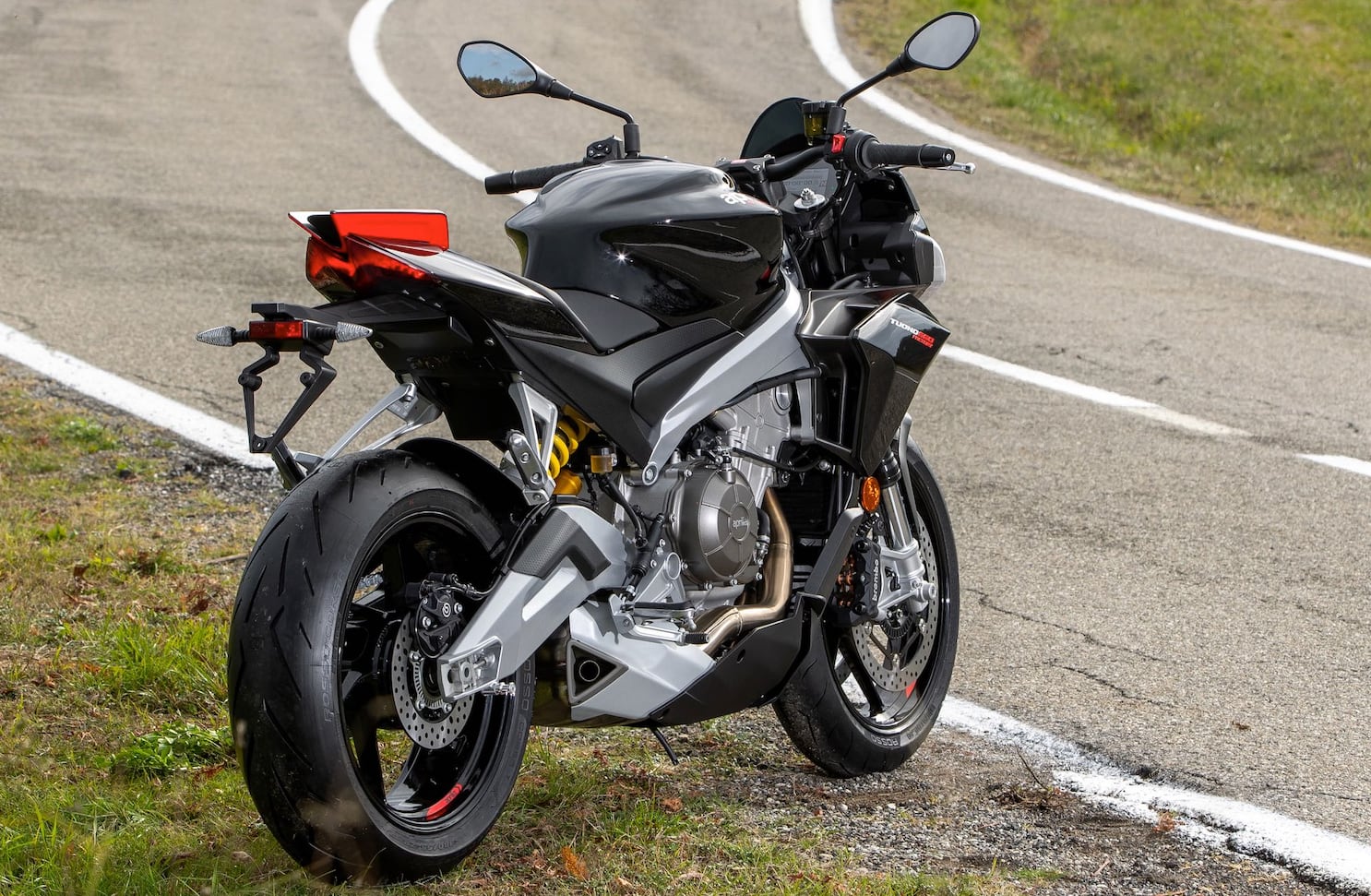