CONCEIVED FOR THE MOST FUN ON THE TRACK, IT IS THE MOST POWERFUL AND LIGHTEST HYPERNAKED IN THE WORLD: 221 HP AND 166 KG. IT IS THE EXCLUSIVE VERSION OF THE INIMITABLE TUONO V4: BORN OUT OF RACING TECHNOLOGY, IT ADOPTS SOLUTIONS DERIVED FROM MOTOGP AND IS MADE IN A LIMITED SERIES. 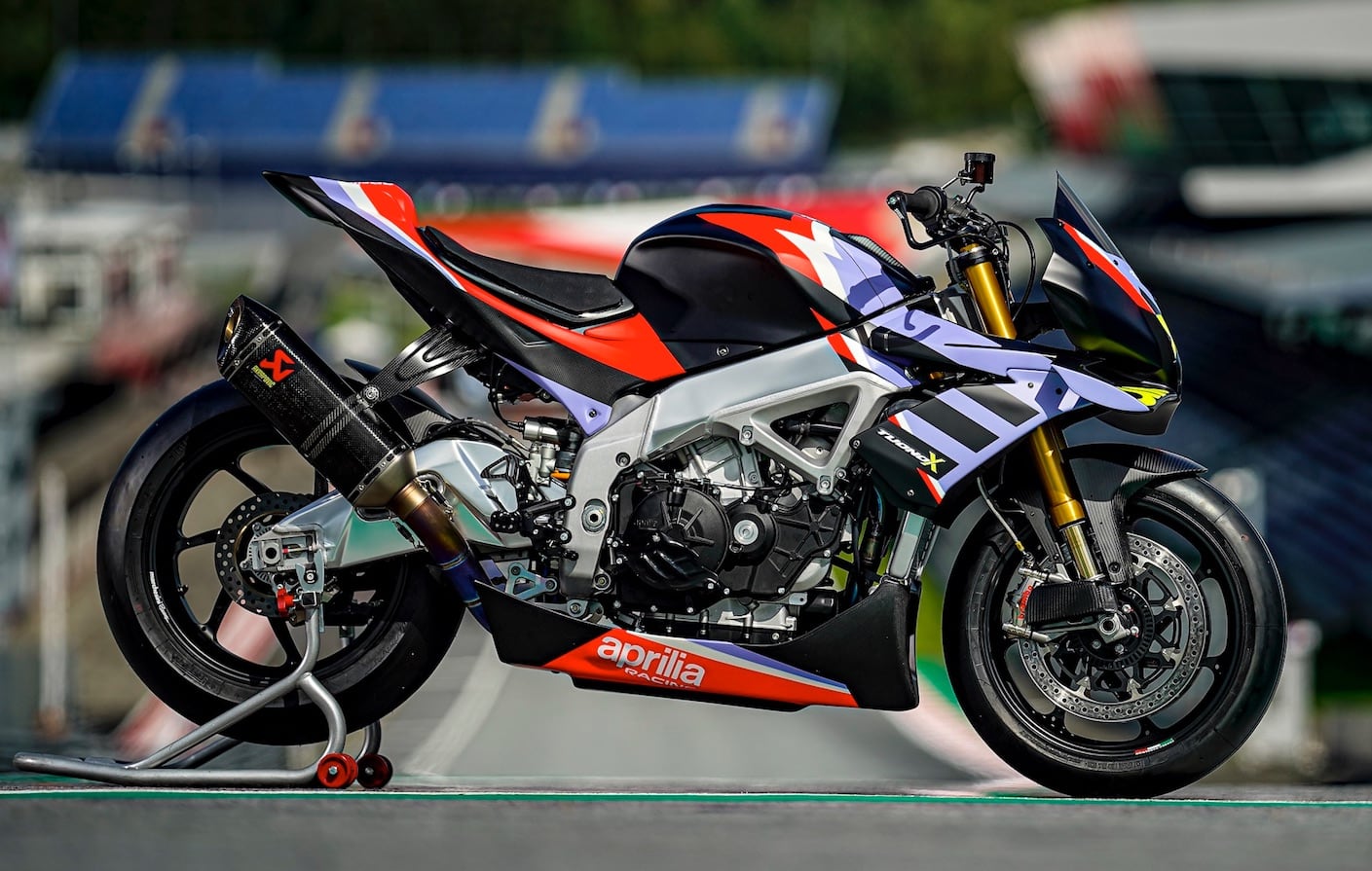 Noale (Italy), 31 August 2020 - After the success achieved by Aprilia RSV4 X, the special version of the supersport bike from Noale, one of the most powerful and lightest ever, of which 10 available units were assigned in just a few hours, Aprilia is back to advancing the extraordinary V4 project, presenting a truly unique version of the Tuono V4, the hypernaked par excellence. 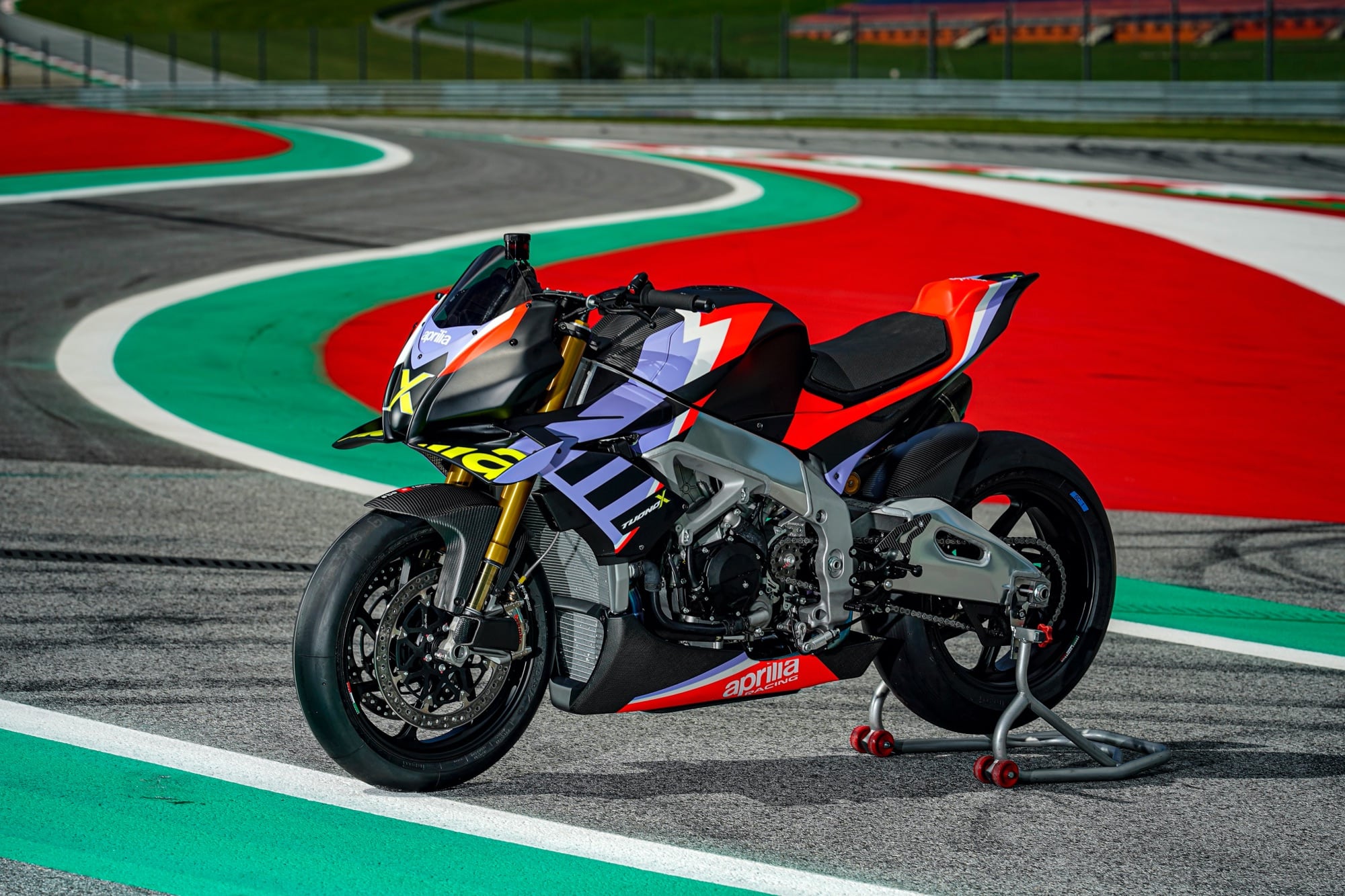 Introducing Aprilia Tuono V4 X, the exclusive “super Tuono” produced in a numbered and limited edition, developed and assembled directly by Aprilia Racing, the factory with 54 world titles, seven of which were won in the World SBK championship specifically with the narrow V4 engine.
Thanks to the painstaking care of Aprilia Racing, the most advanced Piaggio Group platform for motorcycle technology development, Tuono V4 X is now a true high-handlebar racing bike, capable of providing an exclusive riding experience and great thrills, reserved for the most advanced and demanding consumer.

Considering the fact that, since its birth in 2011, the Tuono V4 has been deemed the best hypernaked on the track, you can just imagine the credentials of the Tuono V4 X, capable of lapping with a pace of 1’50” at Imola in the able hands of Aprilia rider Lorenzo Savadori, during development entrusted to him: “It is the most fun bike I've ever ridden. In my opinion, the mix of comfort and performance is unique. The insane engine is also easy to manage, both for experts and novices, and the aerodynamics package provides incredible stability for a naked. I think that the Tuono V4 X has once again created a new segment.” 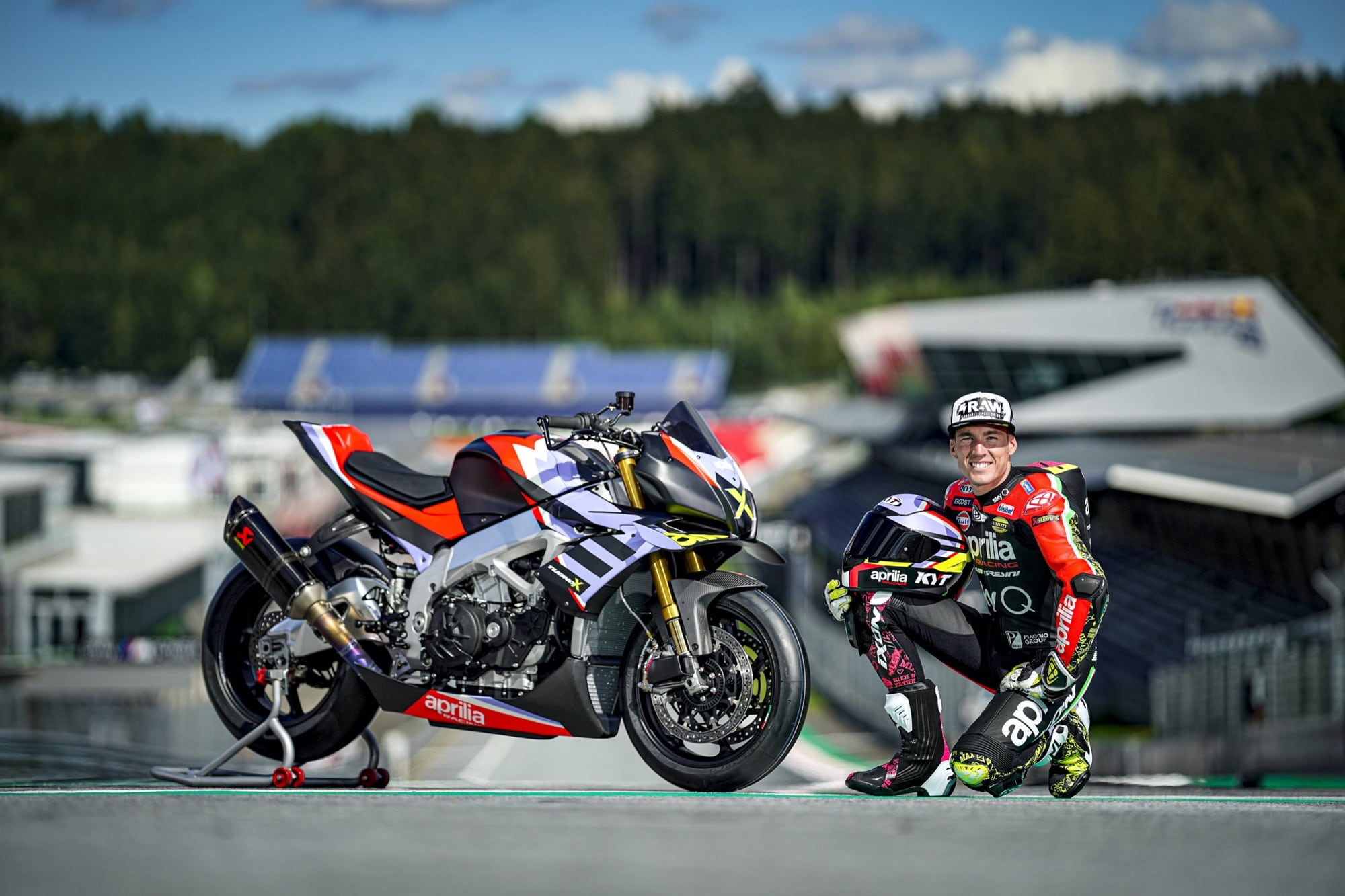 With the performance and thrills that Tuono V4 X is capable of providing, Aleix Espargaró (photo above, ndt) also caught the fever, the Aprilia Racing team MotoGP rider who put it through its paces on the Austrian Red Bull Ring circuit: “The Tuono V4 X is out of this world. I had never tested a high-handlebar bike on the track, and I was surprised at the feeling of stability. The engine is insane, but the chassis architecture doesn't struggle - to the contrary: the riding position and the electronics make it extremely fun. You can ride it cleanly, but you can also drift with it if you want to. It is a pure sportbike with a hooligan side!"

The experience that the Racing Department from Noale has in the top championships contributed to the development of the Aprilia Tuono V4 X: for the first time on a bike of this type, the generous front aerodynamic appendage in carbon has been introduced, clearly derived from the one fitted on the Aprilia RS-GP used in MotoGP. This choice contributes to increasing stability at high speeds and in the critical phases of braking and acceleration. 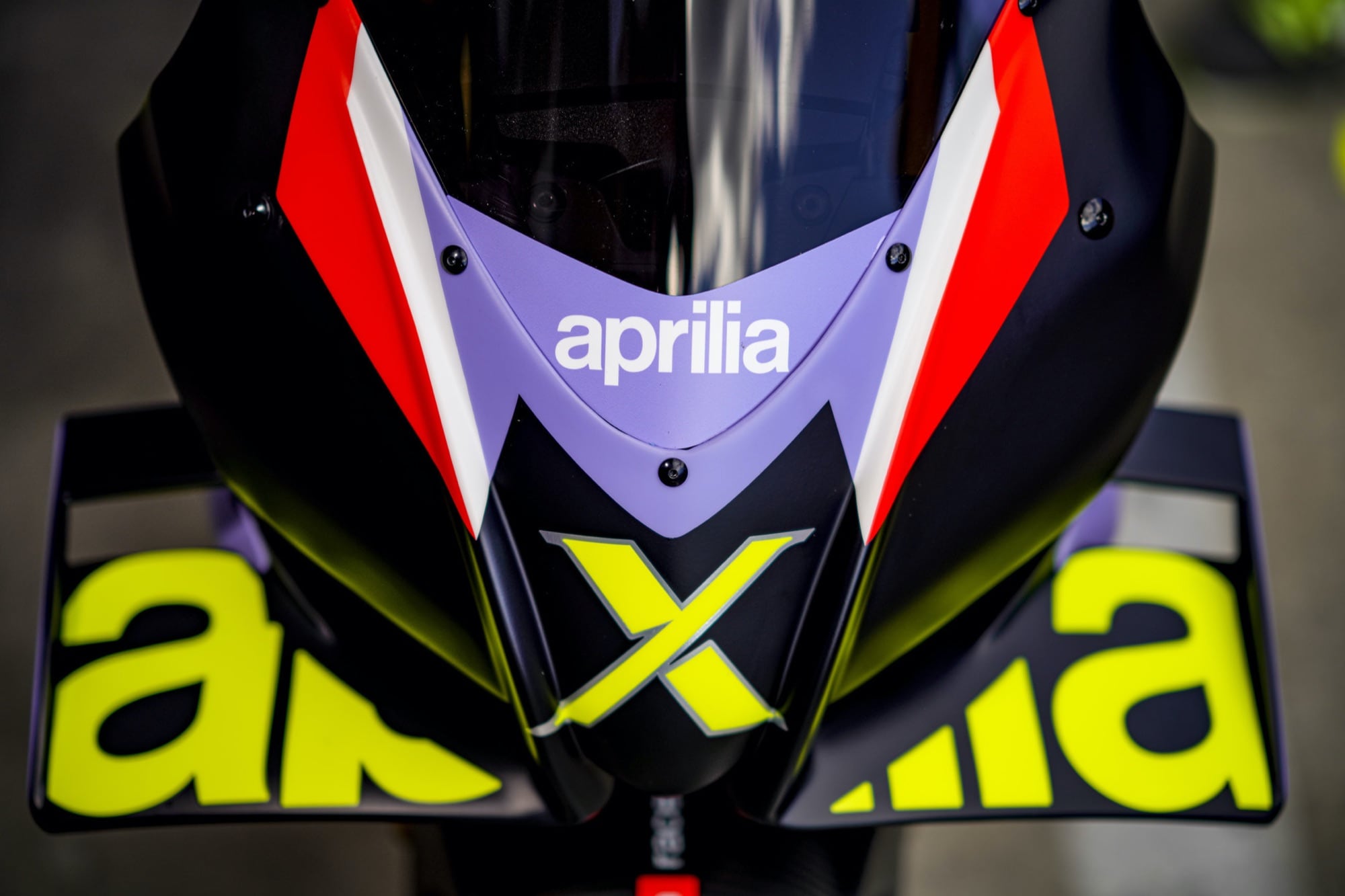 The goal of making this special Tuono a true high-handlebar racing bike exclusively for track use was achieved in full, thanks to a skilled job of general lightening, which reached the exceptional landmark of 166 kg dry weight on the scales, specs that are rather close to those of MotoGP prototypes.
All the fairings are in carbon, enhanced by the dedicated “Bol d’Or” graphic, inspired by the Aprilia RSV 1000 R Factory which participated in the 2006 edition of the legendary French endurance race. The fuel tank is the same shape as the original, but it is lighter, while the factory electrical system has been simplified. Another obviously sports-derived element is the racing panel via which to adjust the main electronic controls of the Tuono V4 X. There are numerous billet aluminium parts that contribute to lowering the weight, such as the clutch lever, the brake lever guard, the engine crankcase guards, the adjustable footpegs and the fuel cap. The Marchesini wheel rims in forged magnesium, shod with racing slicks, provide the added value of handling that is out of reach even for fairing-covered supersport bikes.

The engine is derived from the unit that successfully equips the RSV4 1100 Factory. The Akrapovic exhaust system features titanium collectors and a carbon outlet, while the air filter is a Sprint Filter element, specifically the air filter that offers the highest permeability of those available on the market (as well as being waterproof), the same unit that Aprilia Racing uses in MotoGP. 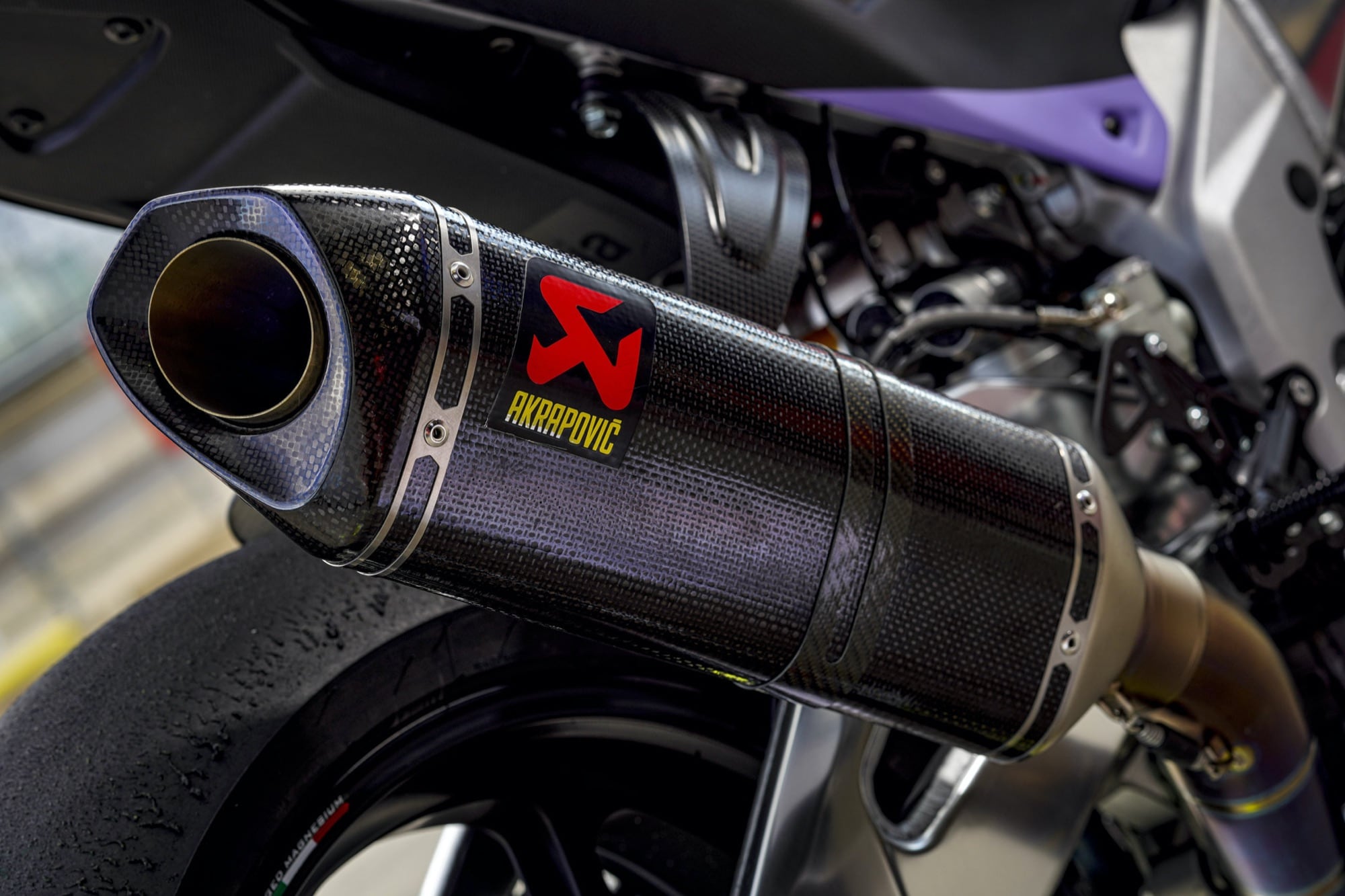 Electronic fine-tuning is guaranteed by the ECU which has been revamped in terms of logic and functions, featuring engine control and vehicle dynamics maps developed by Aprilia Racing. The engine maps are all “full power” and optimized for the racing exhaust system. The engine brake, traction control and anti-wheelie levels are specifically designed for use on the track. It comes standard with the electronic gearbox (including downshifting) and the colour TFT instrument cluster reprogrammed with lap time display using the built-in GPS sensor.
The maximum power of the V4 from Noale increases from the 217 HP of the factory unit to the value of 221 HP measured at the crank. Performance that can be fully exploited thanks to the proverbial quality of a frame which is heir to a dynasty that won 18 titles and 143 Grand Prix races in the 250 class and the advanced semi-active Öhlins Smart EC 2.0 suspension system. 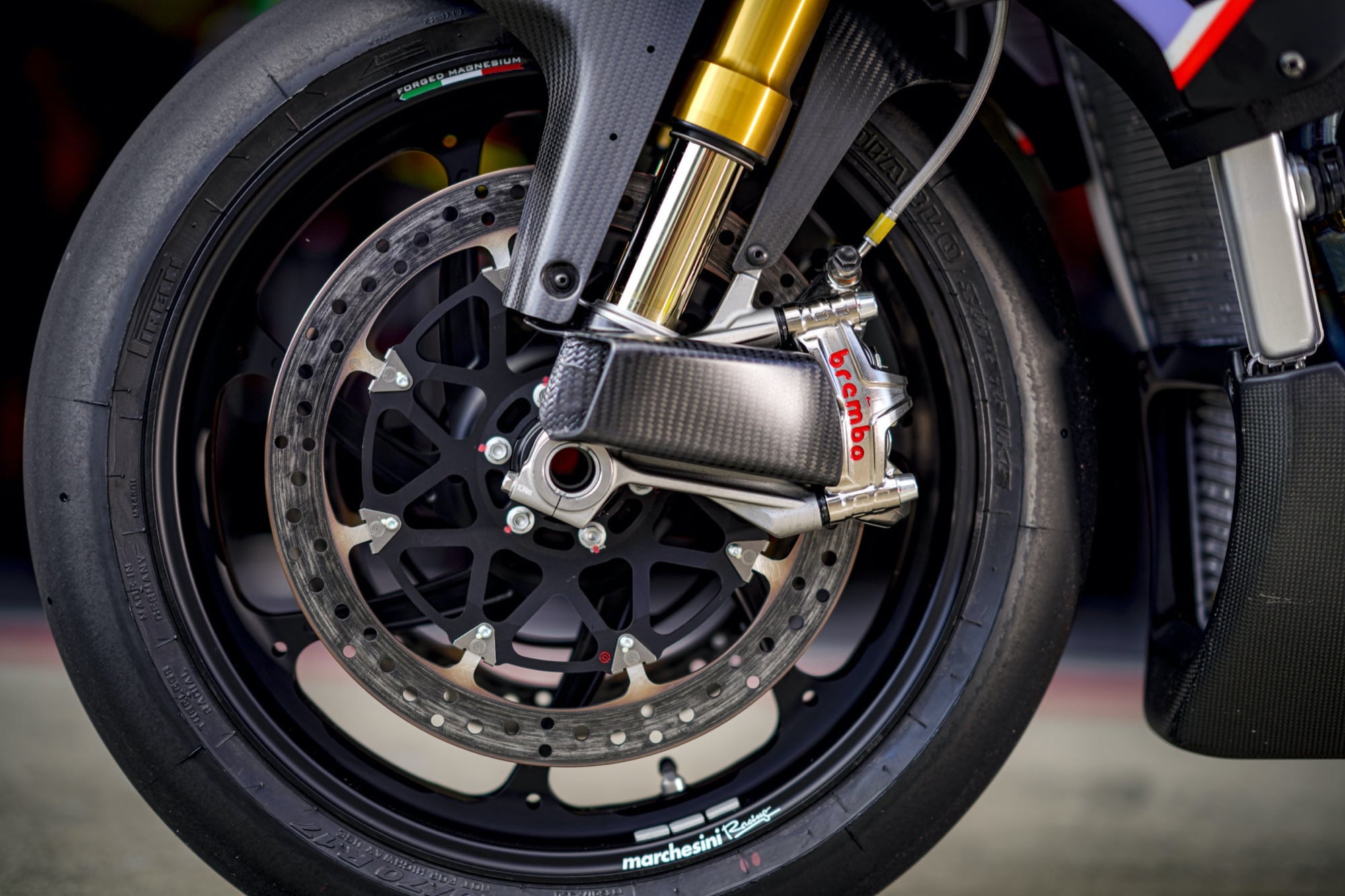 The Brembo braking system is also entirely racing, thanks to the use of refined and extremely effective GP4-MS billet aluminium calipers that grip a pair of steel discs with T-Drive technology and are controlled by a 19x16 radial master cylinder, also made in billet aluminium.
Each Aprilia Tuono V4 X unit, available at a price of € 34,900, can already be reserved exclusively online by going to the Aprilia website. Buyers will be able to pick up their unit directly from Aprilia Racing, simultaneously with an exclusive tour of the racing department in Noale, and they will receive a dedicated KYT NX-Race helmet with a graphic inspired by the bike's graphics. 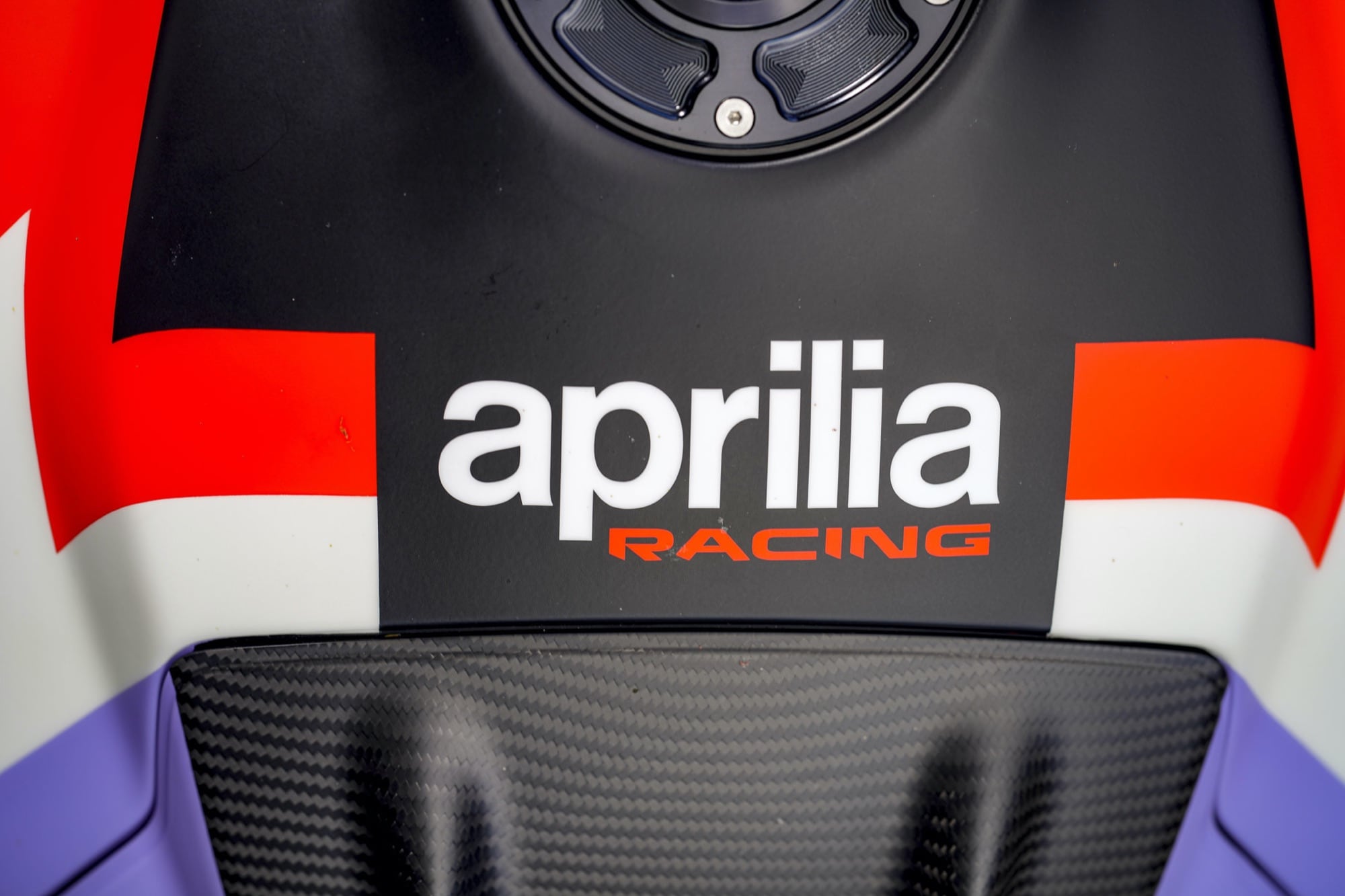 Tuono V4 X is part of the Factory Works program launched by Aprilia Racing: unique in the world, it takes the same technology developed in competitive racing and makes it available to those planning to compete at high level in factory derivative championships or to those who want an RSV4 or a Tuono V4 with performance optimized for track use. 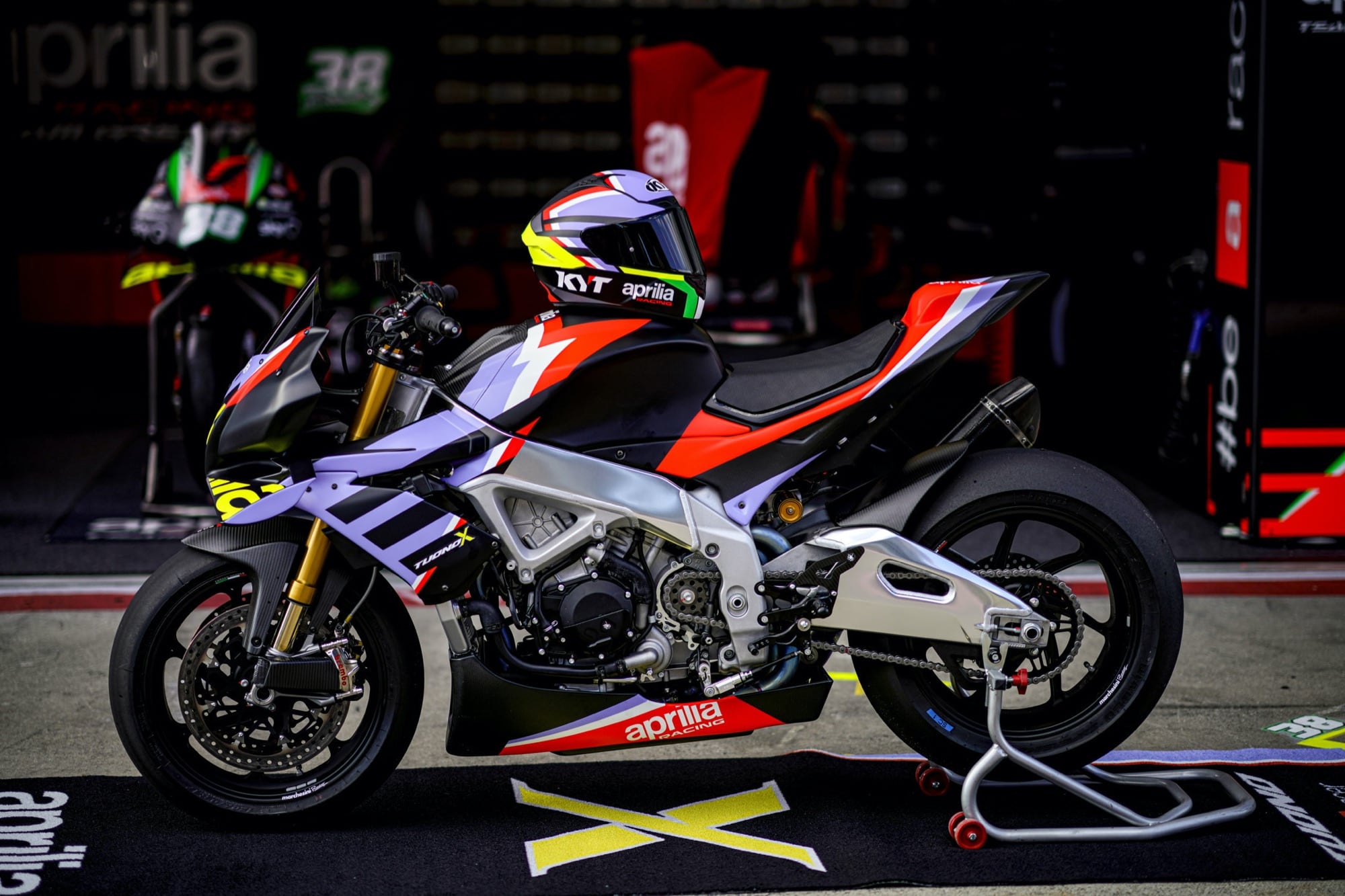