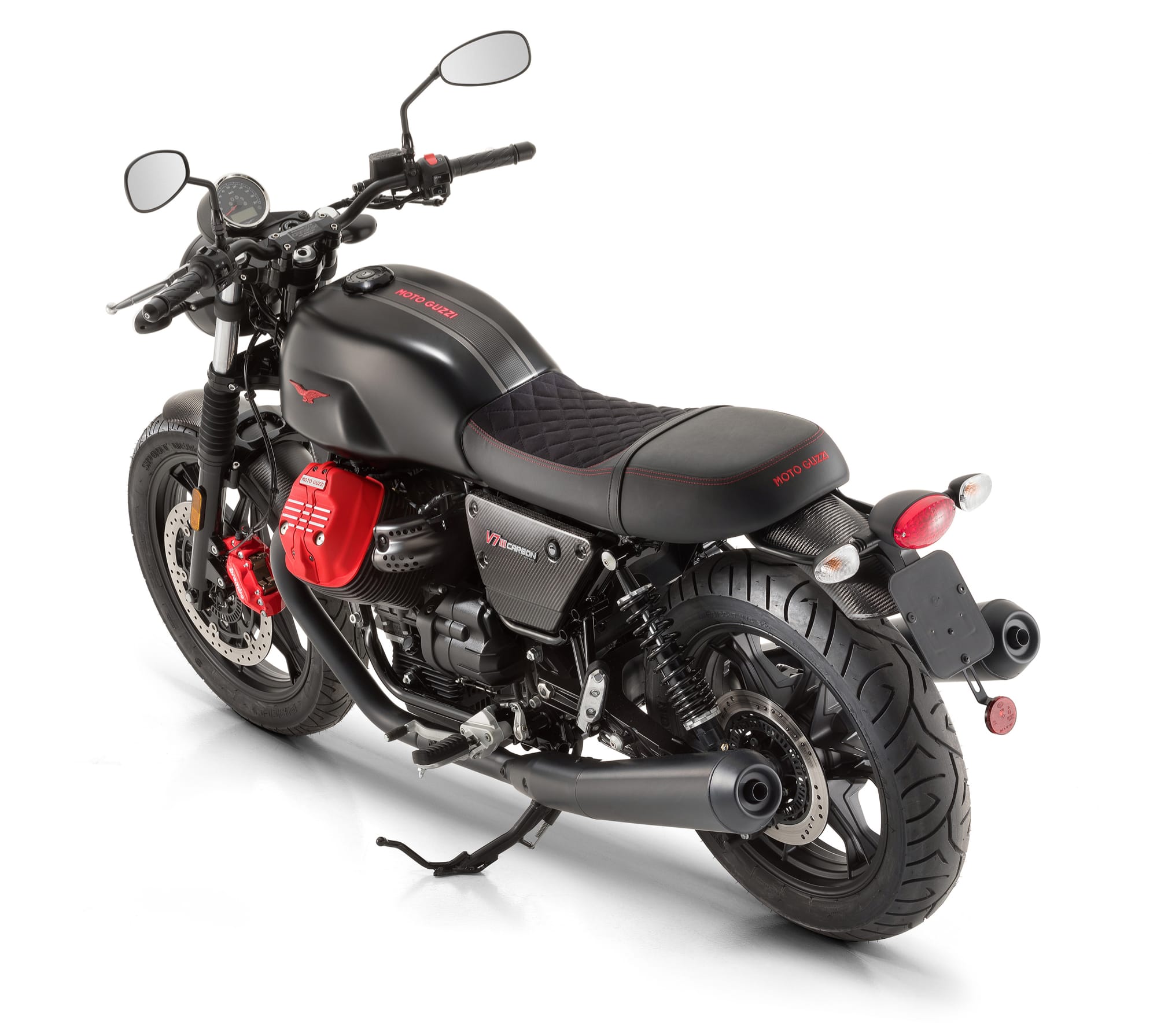 LIMITED AND NUMBERED EDITION. THE FIRST UNITS AVAILABLE IN THE OFFICIAL DEALERS FROM THE END OF JANUARY 2018. 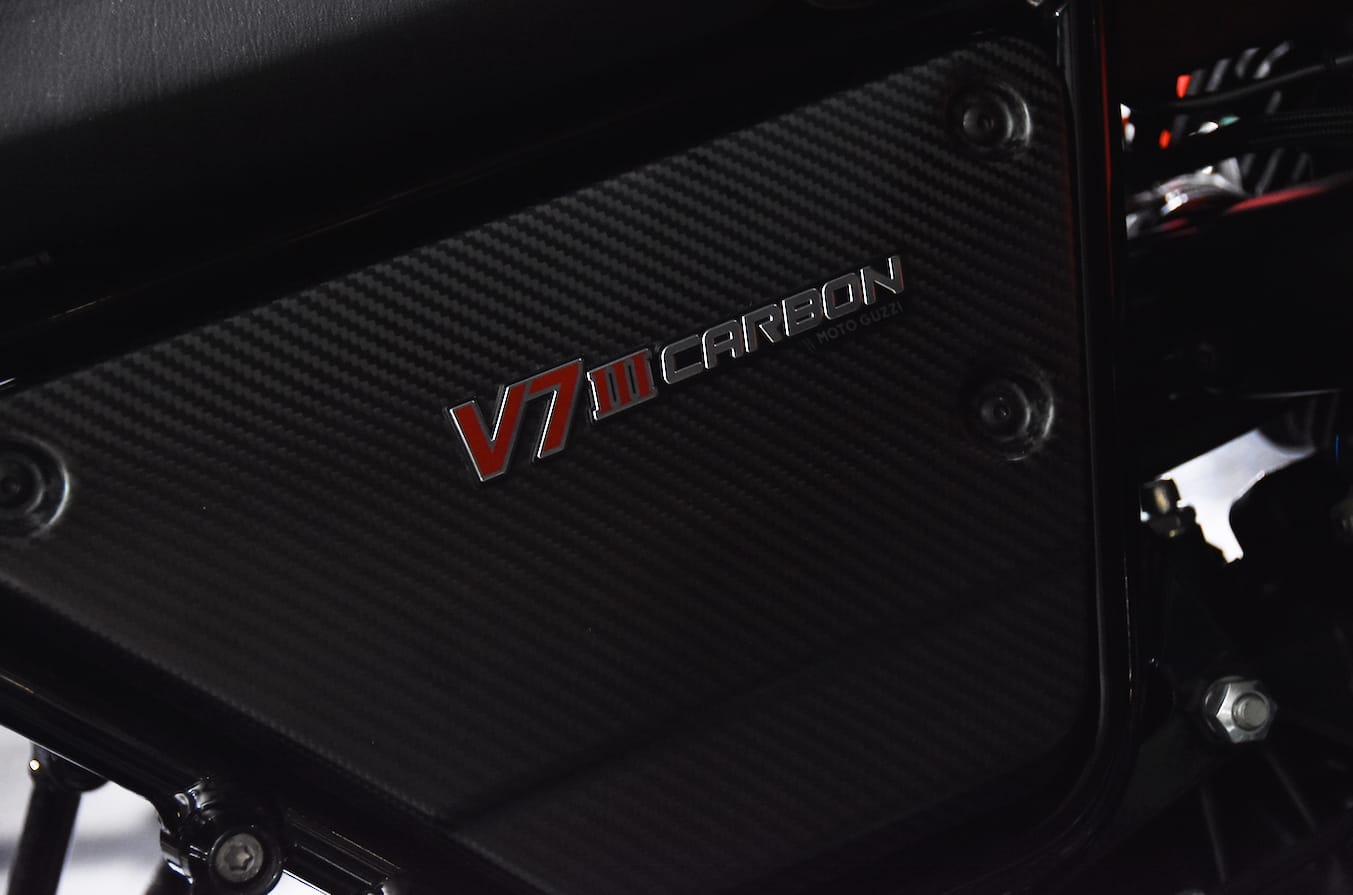 After being admired on the stages of international motorcycle exhibitions, the new 2018 Moto Guzzi V7 III Carbon will soon begin on the streets. The production of V7 III Carbon motorbikes has started at the historical plant in Mandello del Lario, and the first units will be available at Moto Guzzi official dealers at the end of January 2018. 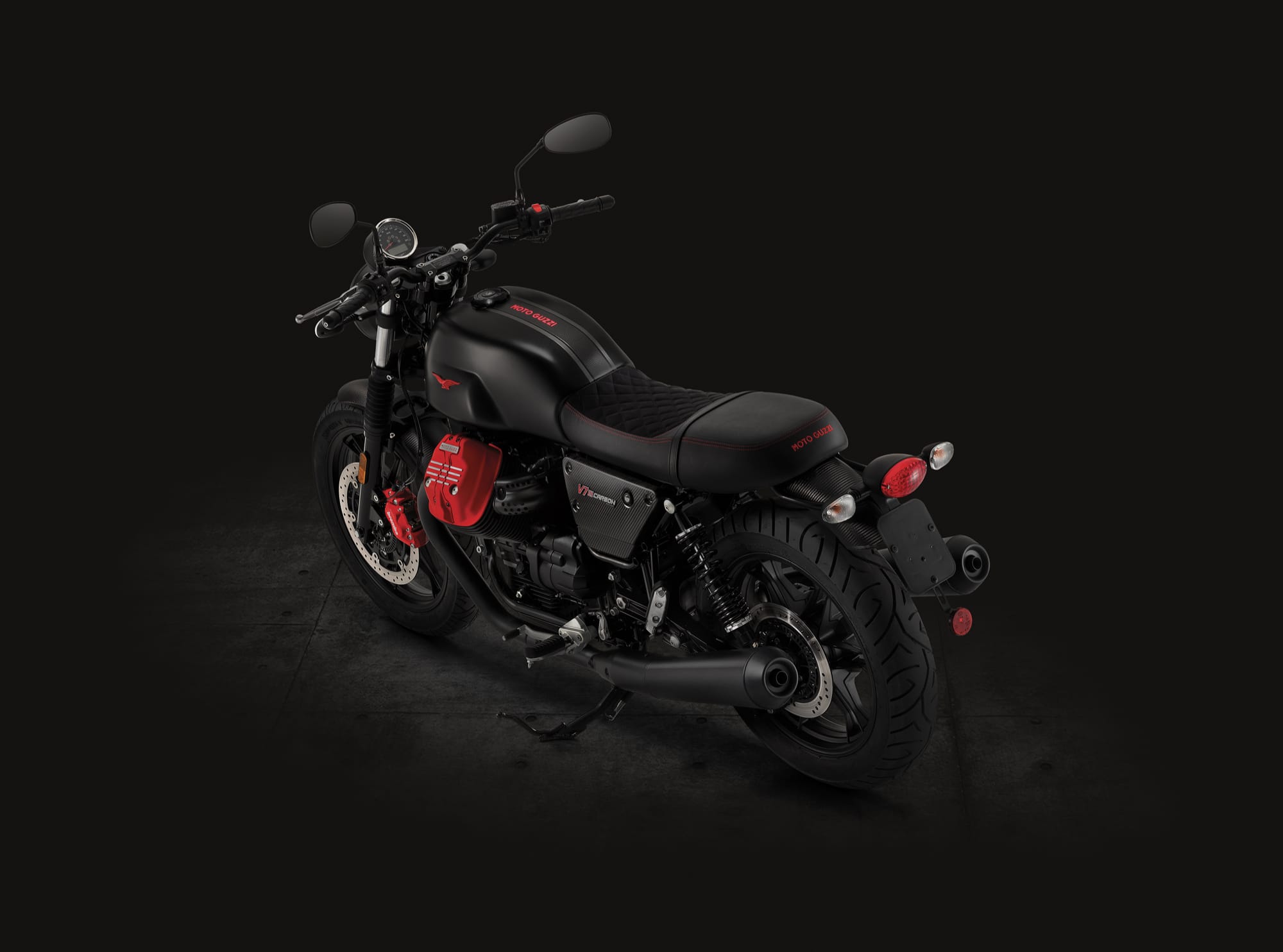 This is currently the only member of the V7 III family built in limited and numbered production, following the happy tradition of having a “limited edition” model in the range. V7 III Carbon celebrates customization, interpreted originally and in good taste, combining the authentic V7 style with the prestigious and modern quality of numerous carbon fibre components, such as the shortened and sleek fenders and the side fairings that enhance the character of the Moto Guzzi best seller to the utmost. 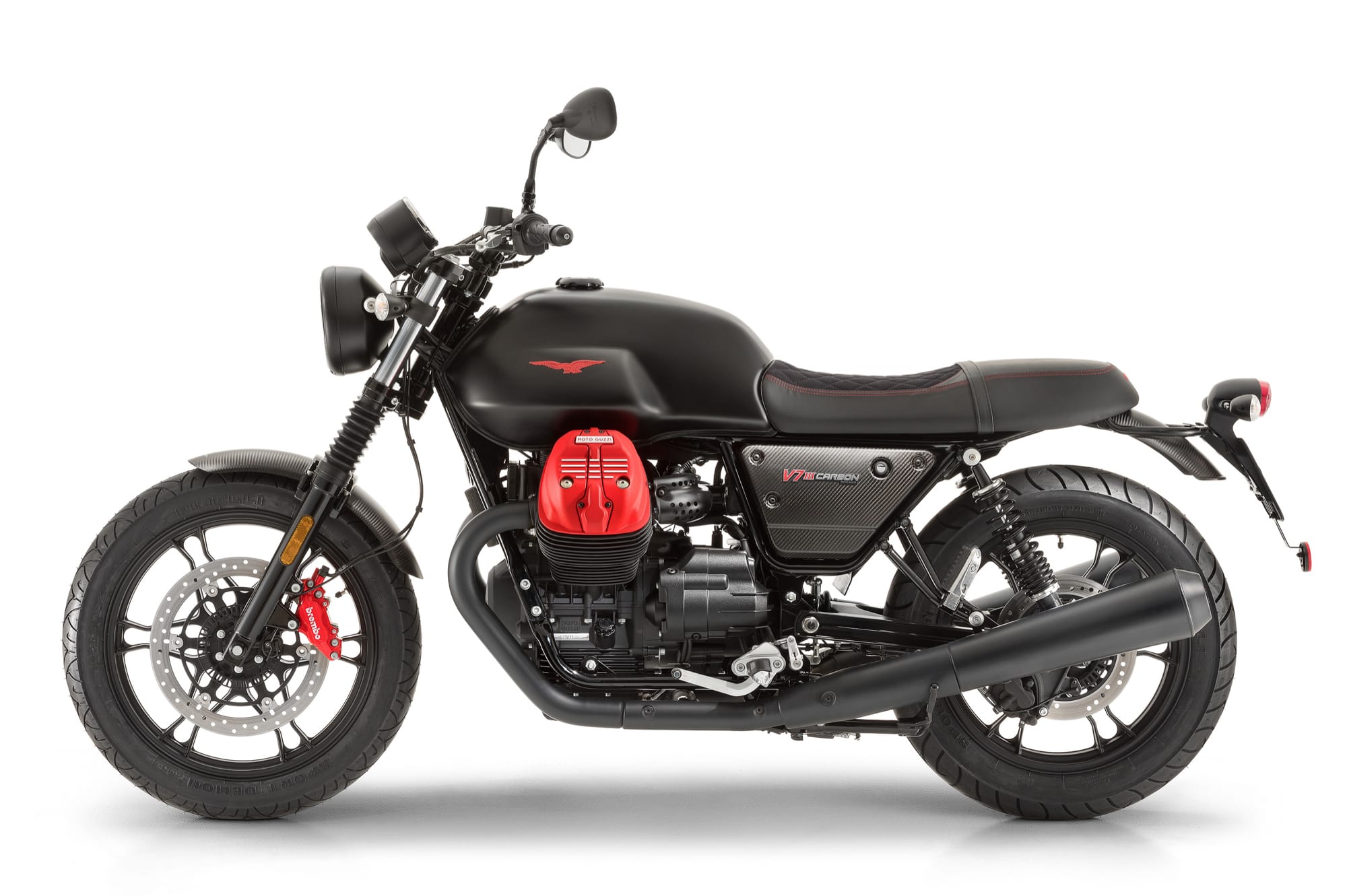 V7 III Carbon has a completely matt black look, a shade that enhances the parts in red, the colour chosen for the Brembo front disk brake calliper, the logos on the side fairings and the Eagle on the fuel tank. The 'Made in Mandello' mechanics also stand out thanks to the satin finished red cylinder head covers. The saddle (dedicated only to this model, as it is with the others) boasts brand new water repellent Alcantara®, ideal for outdoor use and weather resistant. The saddle is finished with red stitching that represents rather popular stylistic inspiration that anyone who loves refined details will love. In fact, this model is fully loaded with them: the locking tank cap is made of anodized black billet aluminium and the headlight frame is also black, as are the injector covers and the rear brake master cylinder. 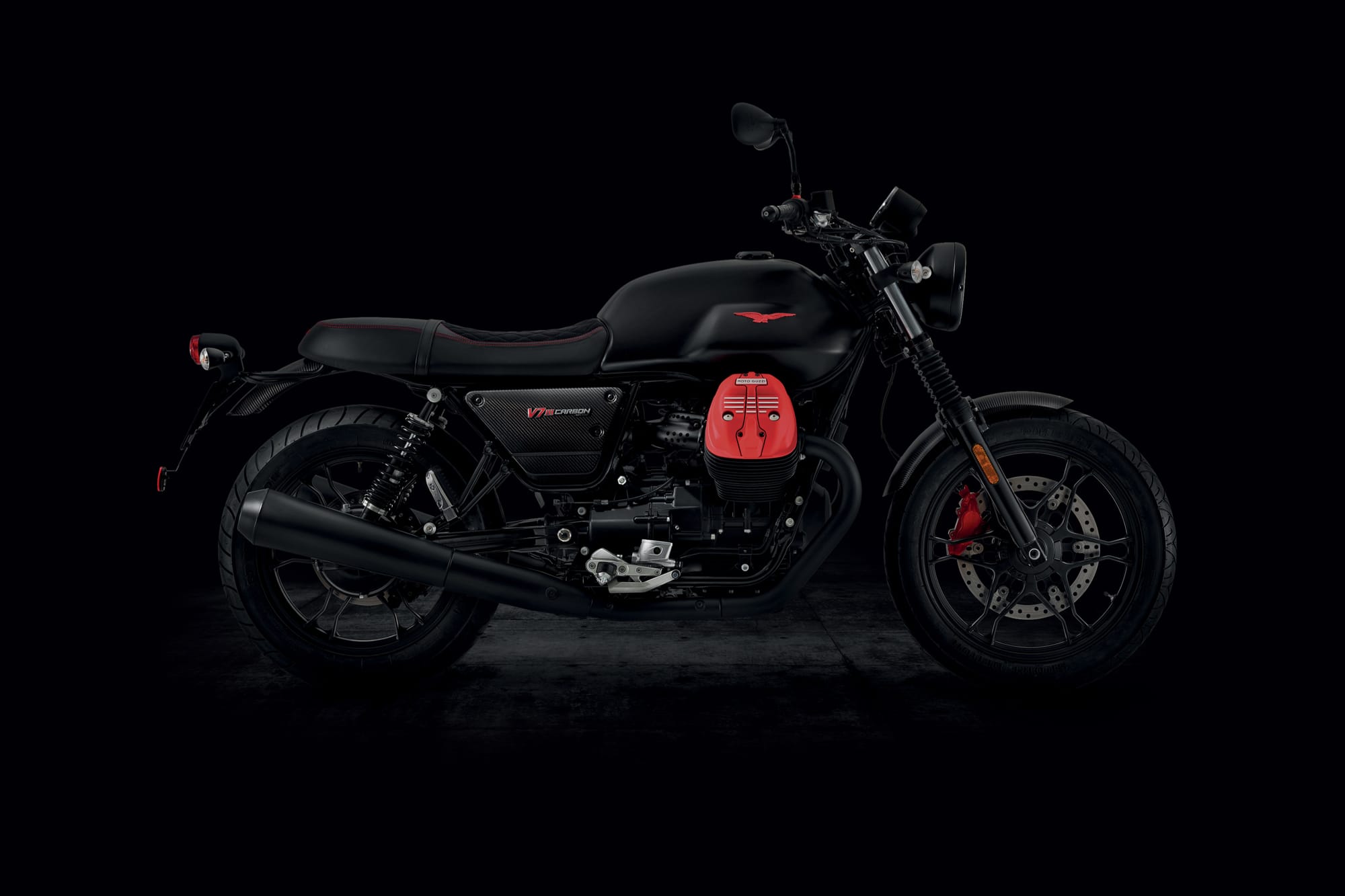 The series number of the model is identified by the plate positioned on the handlebar risers: there are 1921 units available, a number that recalls the year that Moto Guzzi was established. 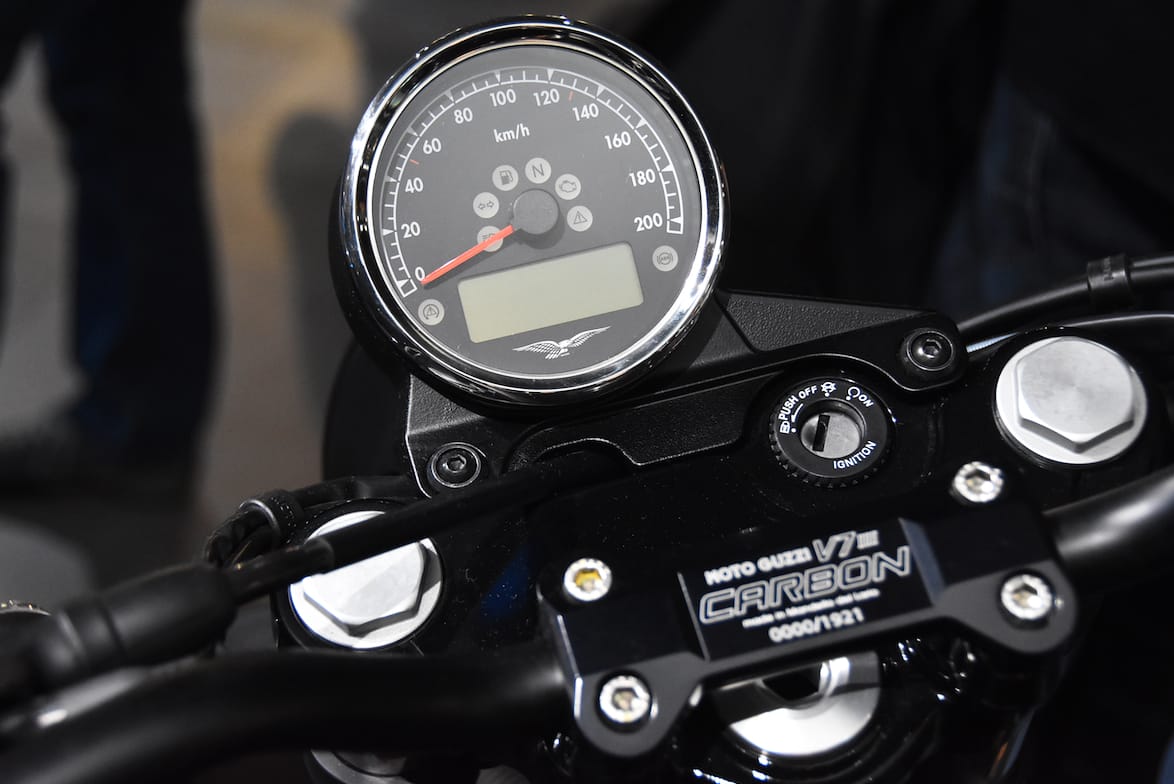 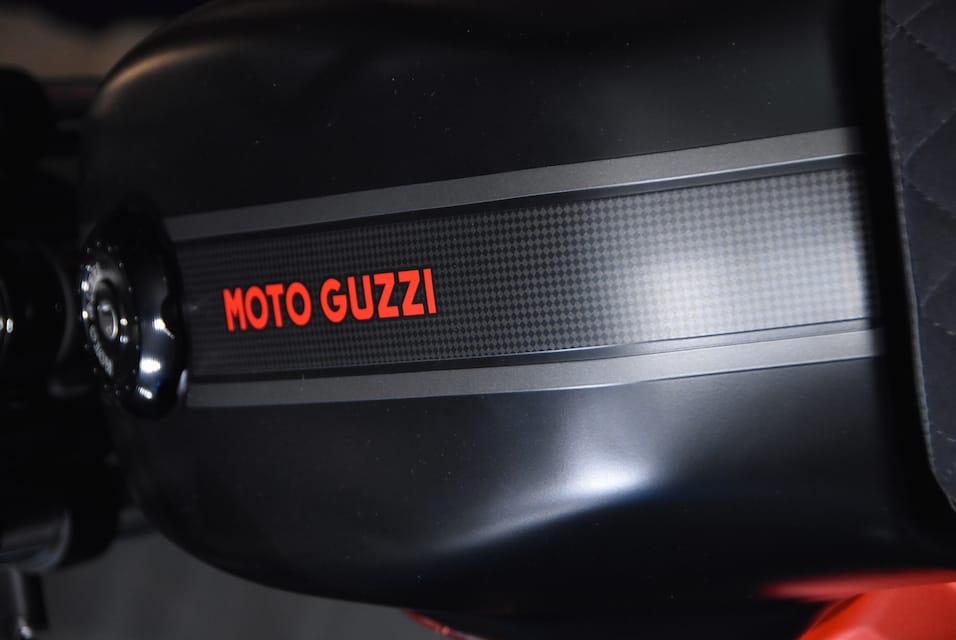