TWO-ICONIC BRANDS, STANDOUT REPRESENTATIVES OF THE ITALIAN WAY OF LIFE, COME TOGETHER TO CREATE A COMMEMORATIVE EDITION OF THE PIAGGIO BEST SELLER. 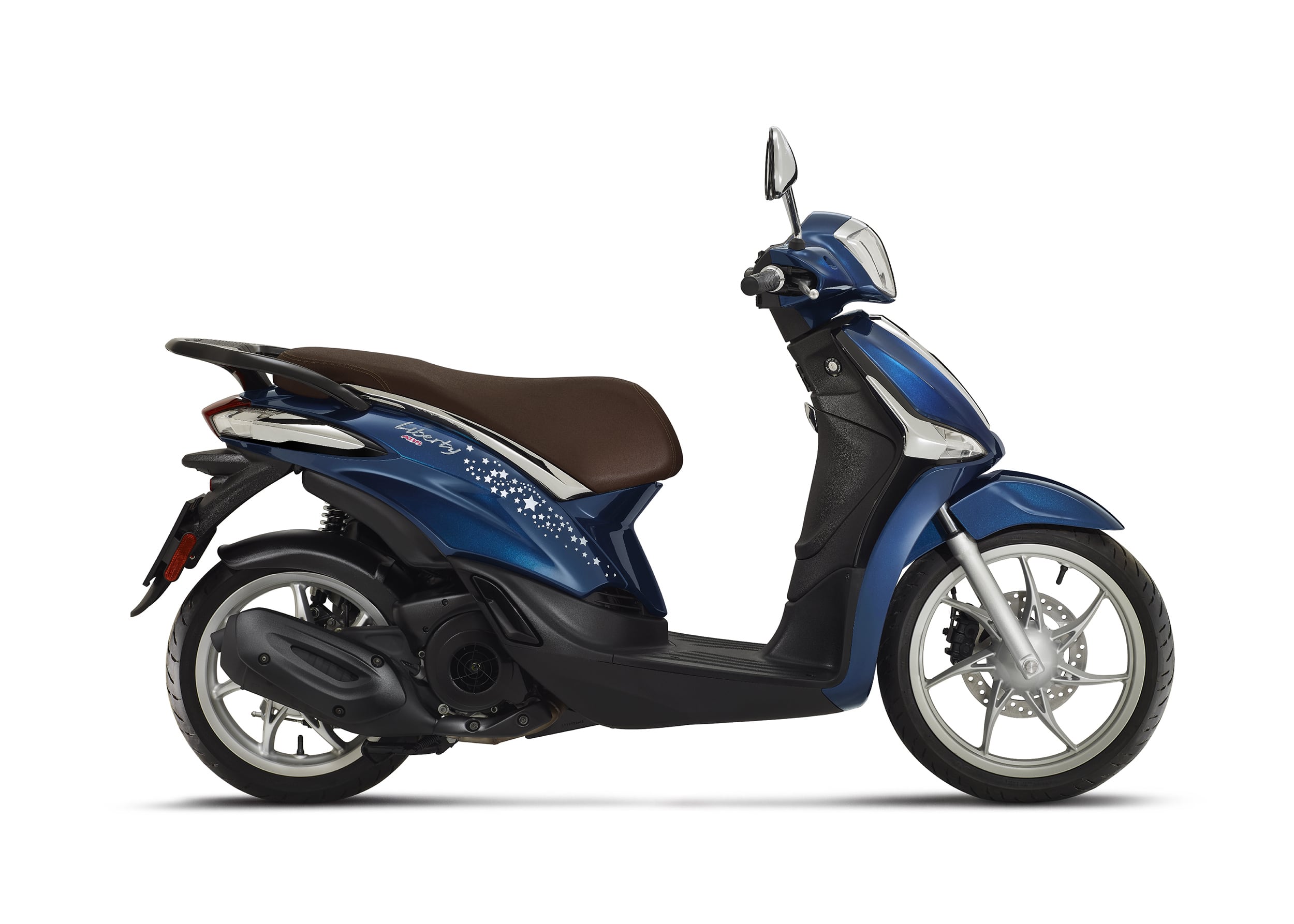 Milan, 21 March 2022 - In the centennial year of Baci Perugina, Piaggio celebrates the history and creativity of the brand with a special version of Liberty, the best seller that, over the years, has become one of the most popular and best-loved high wheel scooters, with more than a million units produced to date. Introducing Piaggio Liberty Baci Perugina, a true vehicle of everyday emotions, love stories and friendship, just like the historic Baci that have been delivering the sincerest of emotions since 1922.

Over the last 100 years Baci has known how to evolve while retaining its unmistakable essence. The 100-year-old chocolate has starred in avant-garde campaigns, flanked immense artists and great brands and now reinvents itself alongside Piaggio Liberty, an icon of the Italian Way of Life and a protagonist of smart and simple mobility for 25 years.
The livery of Liberty is adorned, with the classic Baci colours and unmistakeable graphics, the elegant, intense blue decorated with stars dressing the front and sides, while the famous logo stands out on the shield. The dark leather coloured seat recalls the colours of the Luisa dark chocolate coating for which Perugina's masterpiece of goodness has always stood out.

Liberty Baci Perugina is presented with one exclusive colour scheme and with the classic 125 cc engine of the Piaggio i-get family, state-of-the-art in their respective segments. Extremely modern and technological engines, the fruit of a design philosophy that guarantees heightened levels of quality and reliability, as well as reduced consumption and emissions. 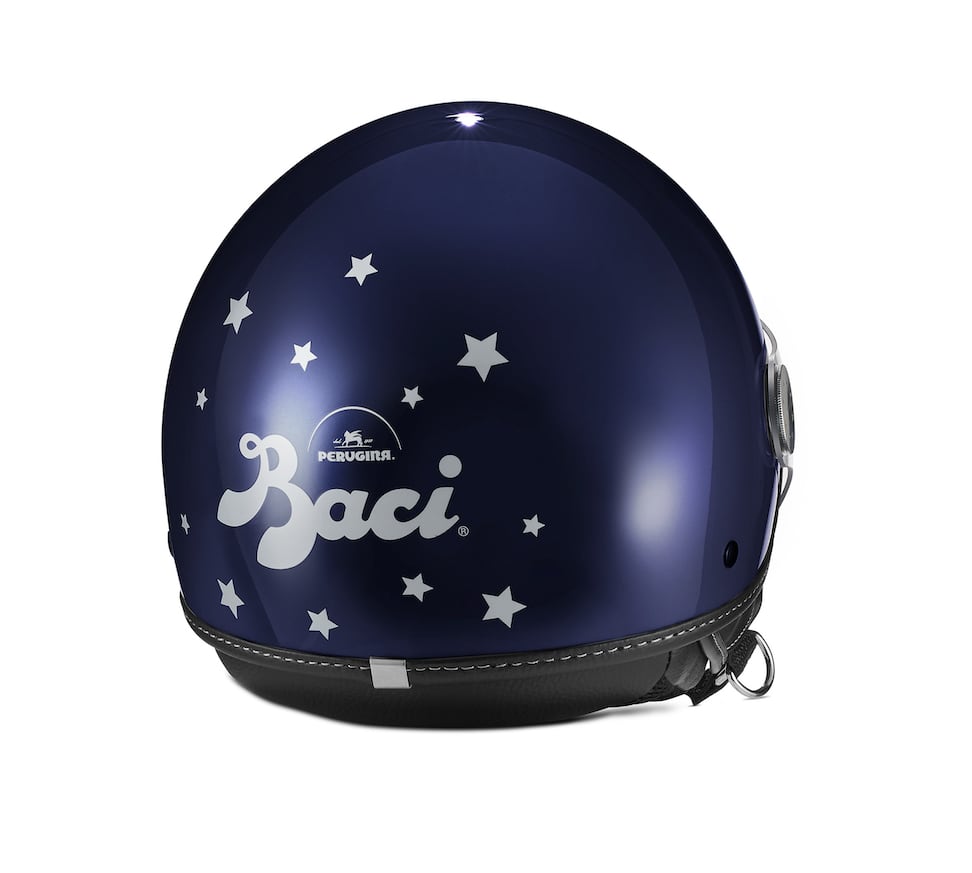 In addition to Liberty Baci Perugina, there is a dedicated helmet in two different colour schemes, the classic version, that takes up the elegant Baci Perugina blue of the vehicle, and silver, inspired by the elegant silver paper that envelops every single chocolate. Both versions are enhanced with the famous star motif, which contrasts with the colour of the helmet, with silver stars for the blue version and blue stars on the silver model. The Baci logo stands out on both colour-ways. 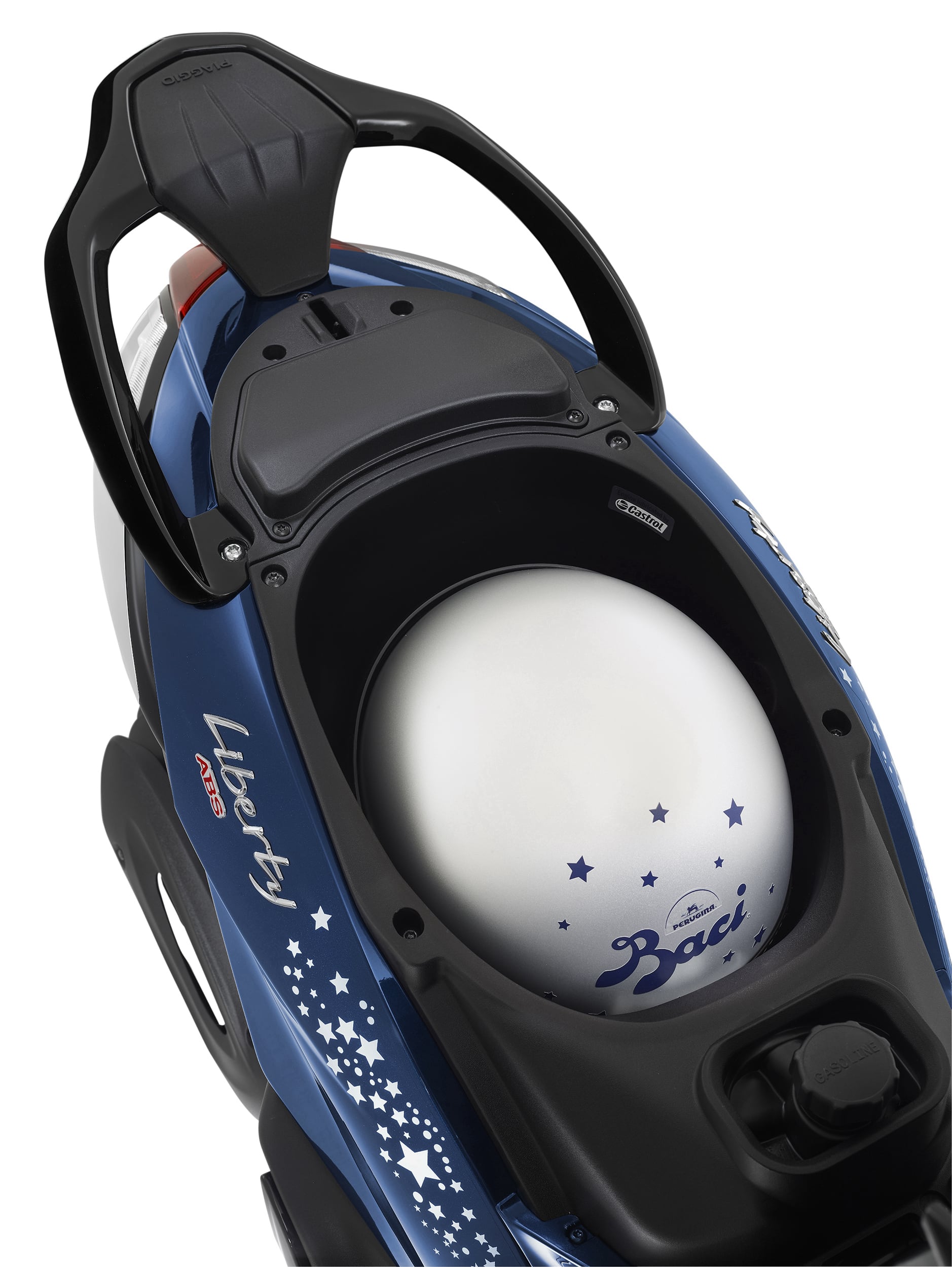 Piaggio Liberty is one of Italy's best-loved scooters, synonymous with independence and freedom among young people but also practicality and rationality when it comes to everyday mobility, one of the rare products that, version after version, has been able to continuously reinvent itself in terms of both its technology and style. 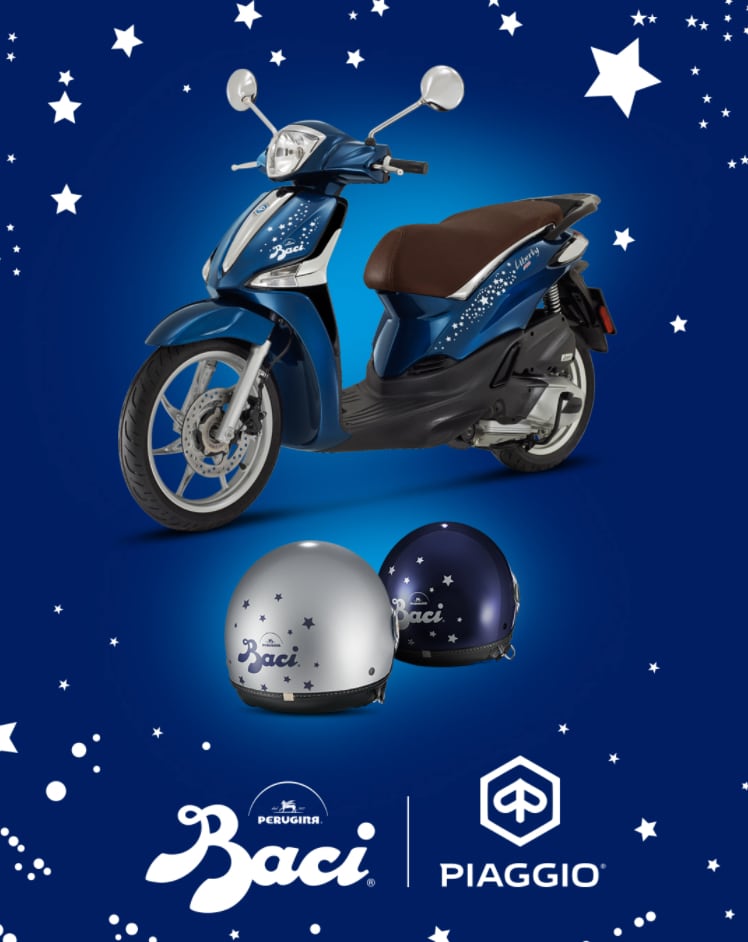 Source of the image: www.piaggio.com/it_IT

Piaggio Group. Established in 1884, the Piaggio Group is Europe’s largest scooter and motorcycle manufacturer and one of the world leaders in the industry. Piaggio (PIA.MI) has been listed on the Italian stock exchange since 2006 and has three separate business lines: two- and three-wheels vehicles (scooters and motorcycles), light commercial vehicles and robotics division (Piaggio Fast Forward) developed in Boston. The Piaggio Group brand portfolio includes some of the most prestigious and historic names in motorcycling such as Piaggio, Vespa, Moto Guzzi, Aprilia, Derbi, Ape and Piaggio Commercial. With more than 6,600 employees, the Piaggio Group markets its products in over 100 countries and has six manufacturing plants, in Italy, India, China, Vietnam and America. Moreover, the Group has four R&D centers with about 1.000 employees.
Piaggio Group www.piaggiogroup.com

Source of the image: www.baciperugina.com/intl 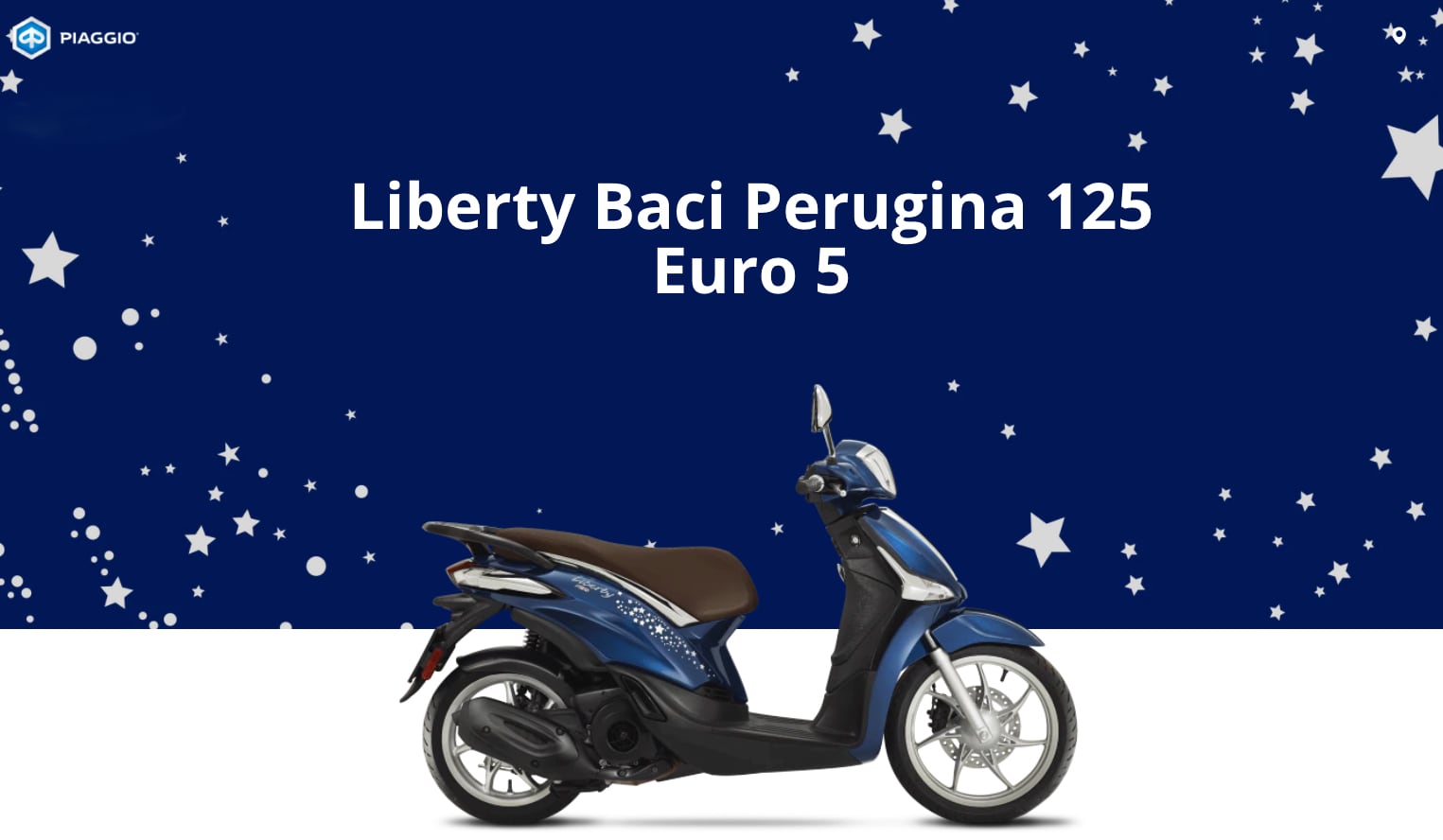