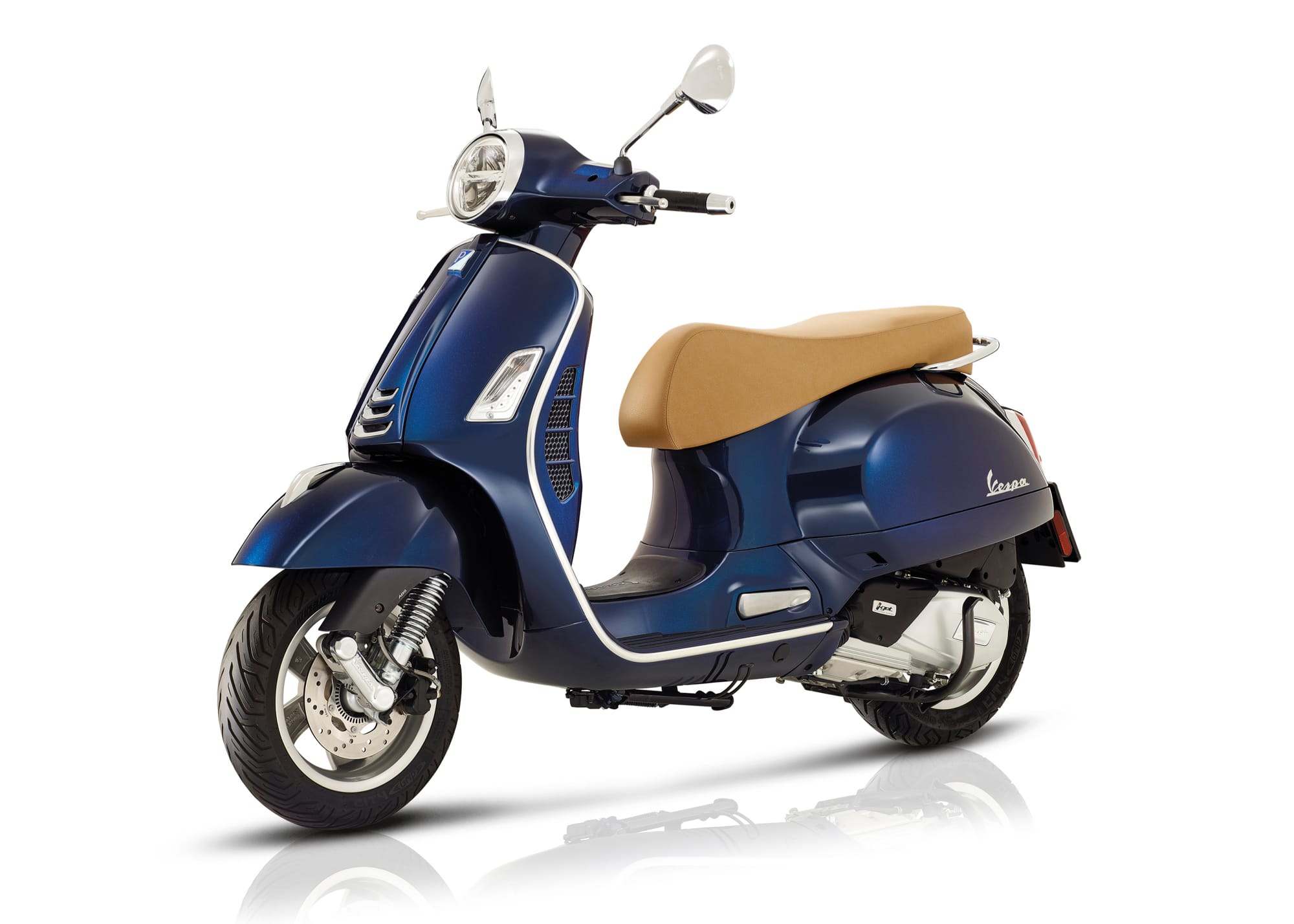 TENS OF THOUSANDS OF READERS OF MOTORRAD MAGAZINE HAVE ELECTED THE VESPA GTS “SCOOTER OF THE YEAR”, AHEAD OF GERMAN AND JAPANESE SCOOTERS. 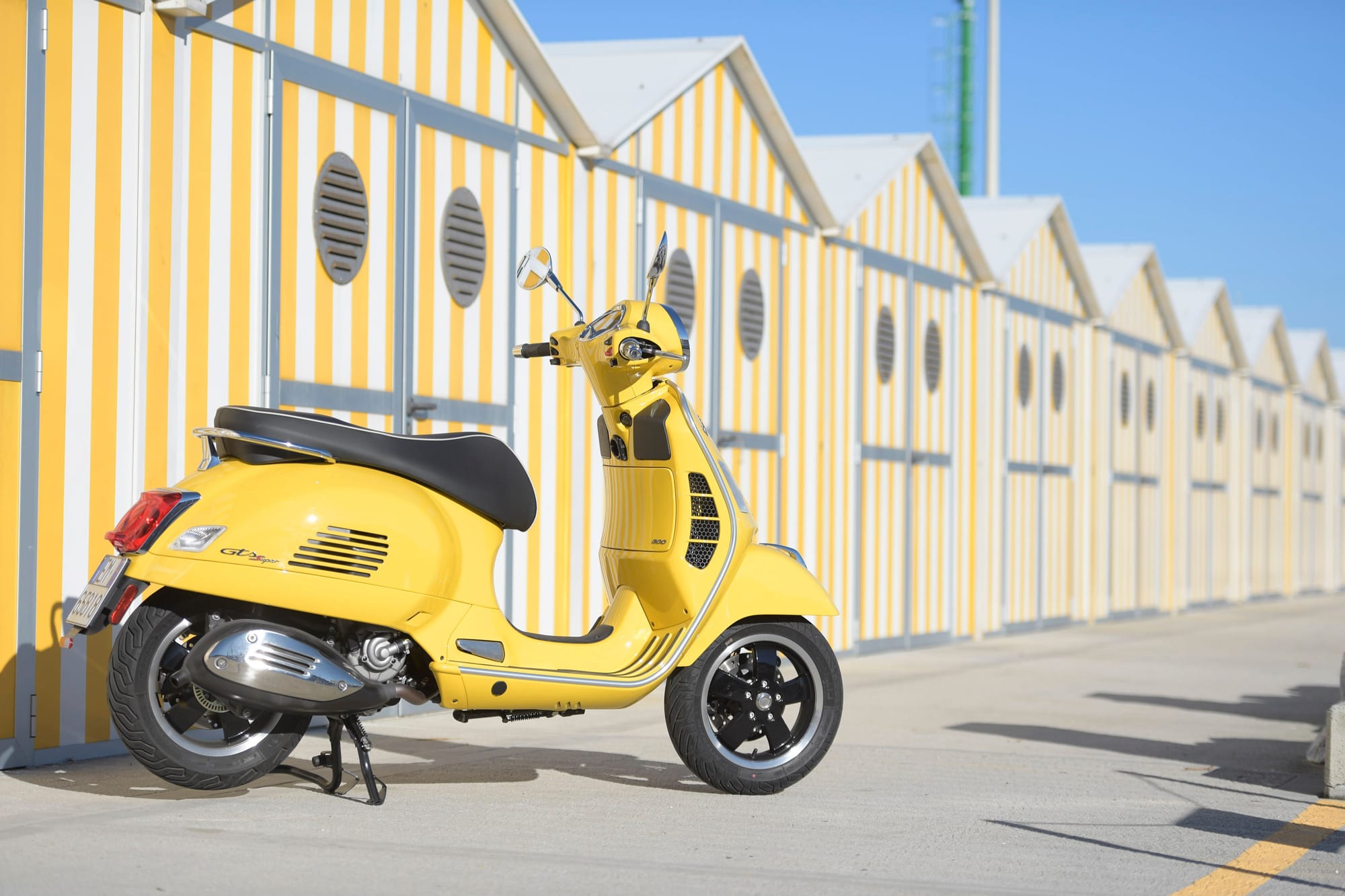 Milan, 14 March 2019 – The Germans have no doubts: Vespa, the brand synonymous with Italian technology and style, is the world’s best scooter. More than 47 thousand readers of the authoritative monthly magazine Motorrad, acknowledged as one of the world’s biking “bibles”, voted for Vespa GTS as “Motorcycle of the Year” in the scooter category. The elegant curves of the Italian scooter, the only one made entirely out of steel, was voted the top scooter, the most desirable of all, ahead of “home team” bikes such as the BMW C-Evolution and the BMW C 650 and the Japanese Yamaha T-Max DX. 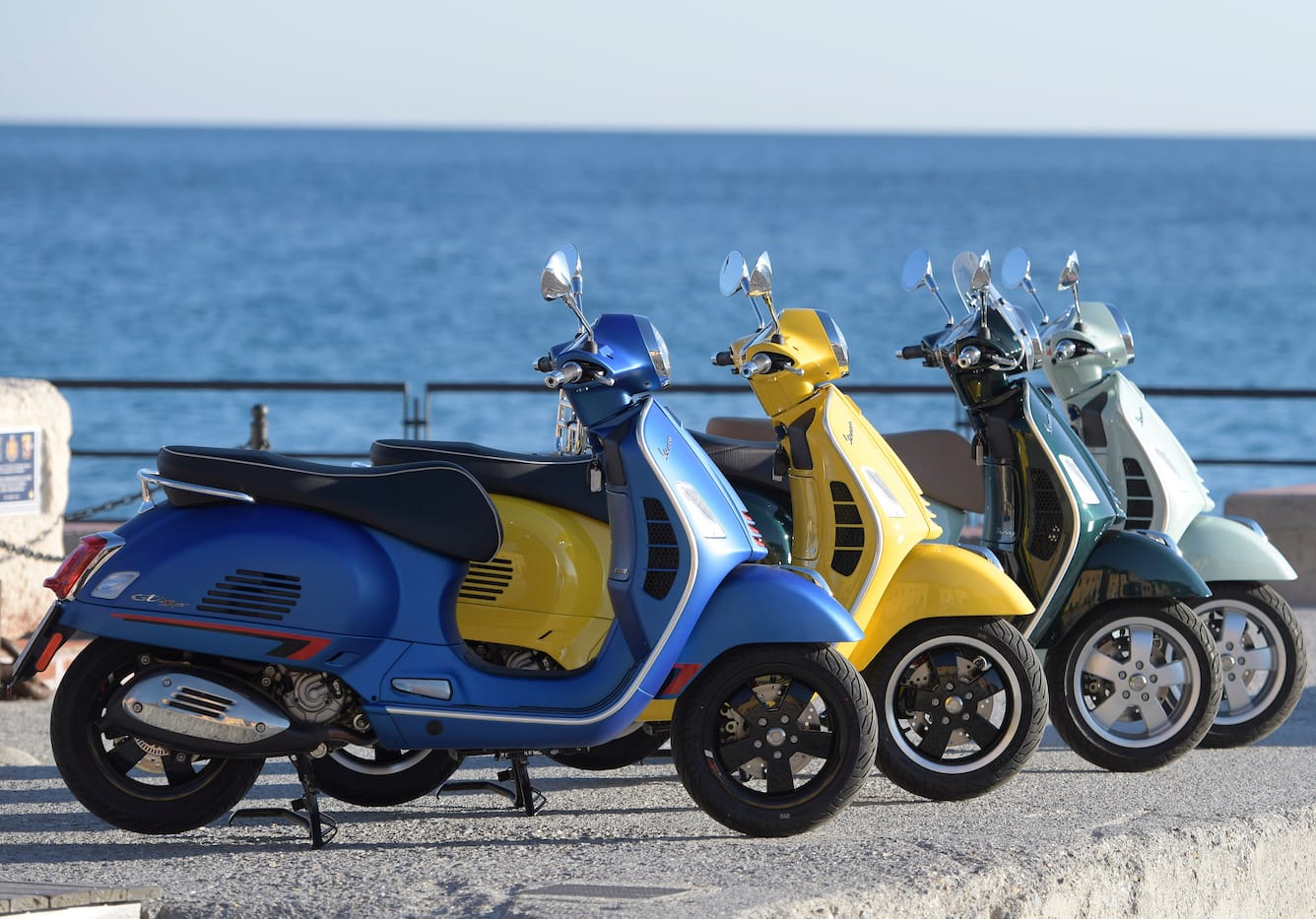 Vespa has already been awarded this important honour several times, and in fact the magazine’s web site comments: “It doesn’t matter how much power or technique the other scooters come out with, this Italian girl always ends up at the top of the podium”.
The announcement crowns of the most successful times in Vespa’s history: sales grew 16% in 2018 over the record-breaking figures for 2017, exceeding the extraordinary figure of 210 thousand. More than 1.6 million new Vespas have been made and sold all over the world in the past ten years. 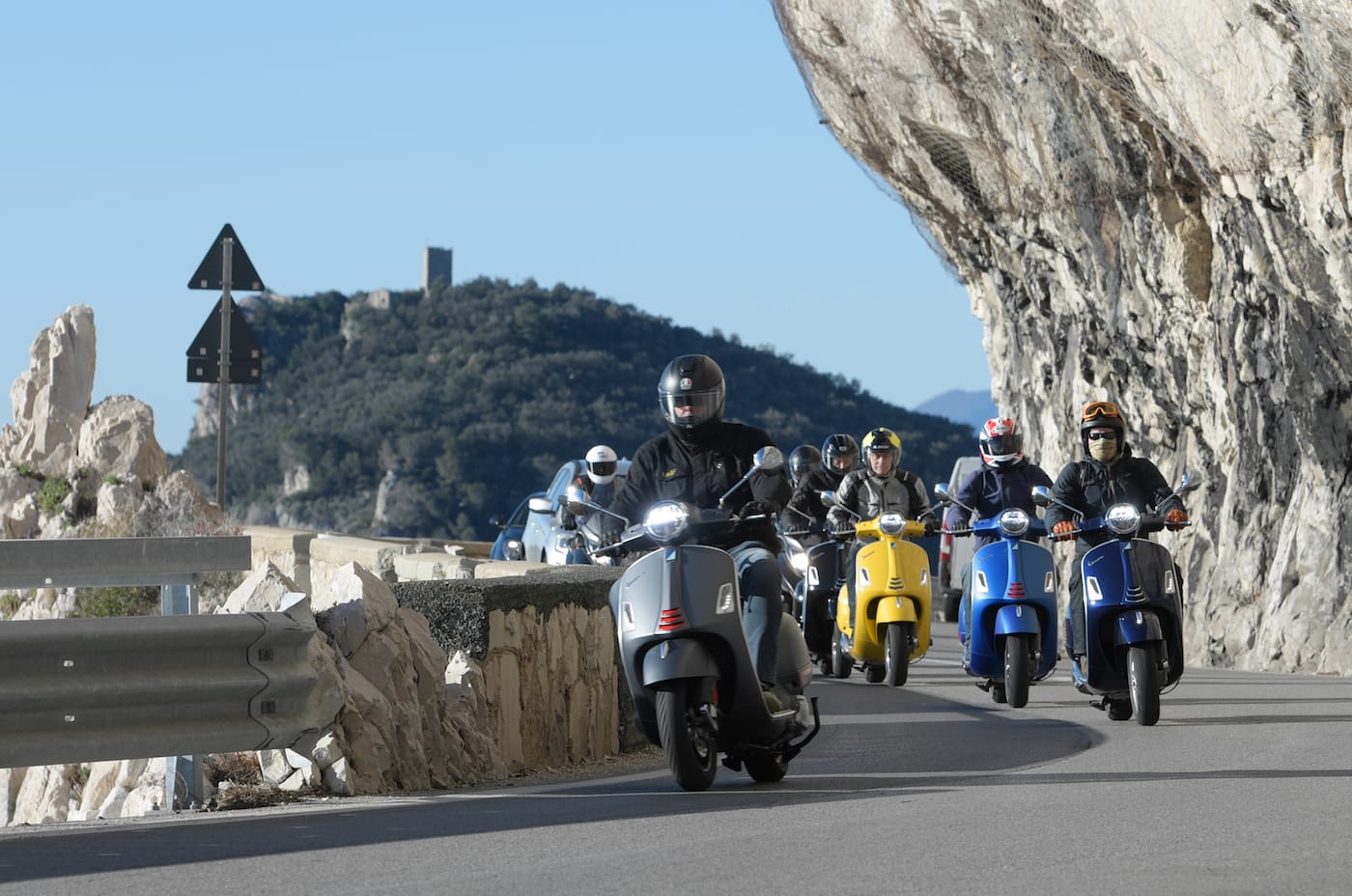 Vespa GTS picks up on the legacy of the legendary “Vespone” (“big Vespa” as named by the fans), a Vespa with a bigger frame: a Vespa with which to move elegantly around town, which is also ready to travel. And in 2019, the whole Vespa GTS family presents improved performance, comfort and style, thanks largely to a new 300 hpe engine which is more advanced and efficient in terms of limiting fuel consumption and emissions. With more than 23 HP, it’s the most powerful engine ever mounted on a Vespa. 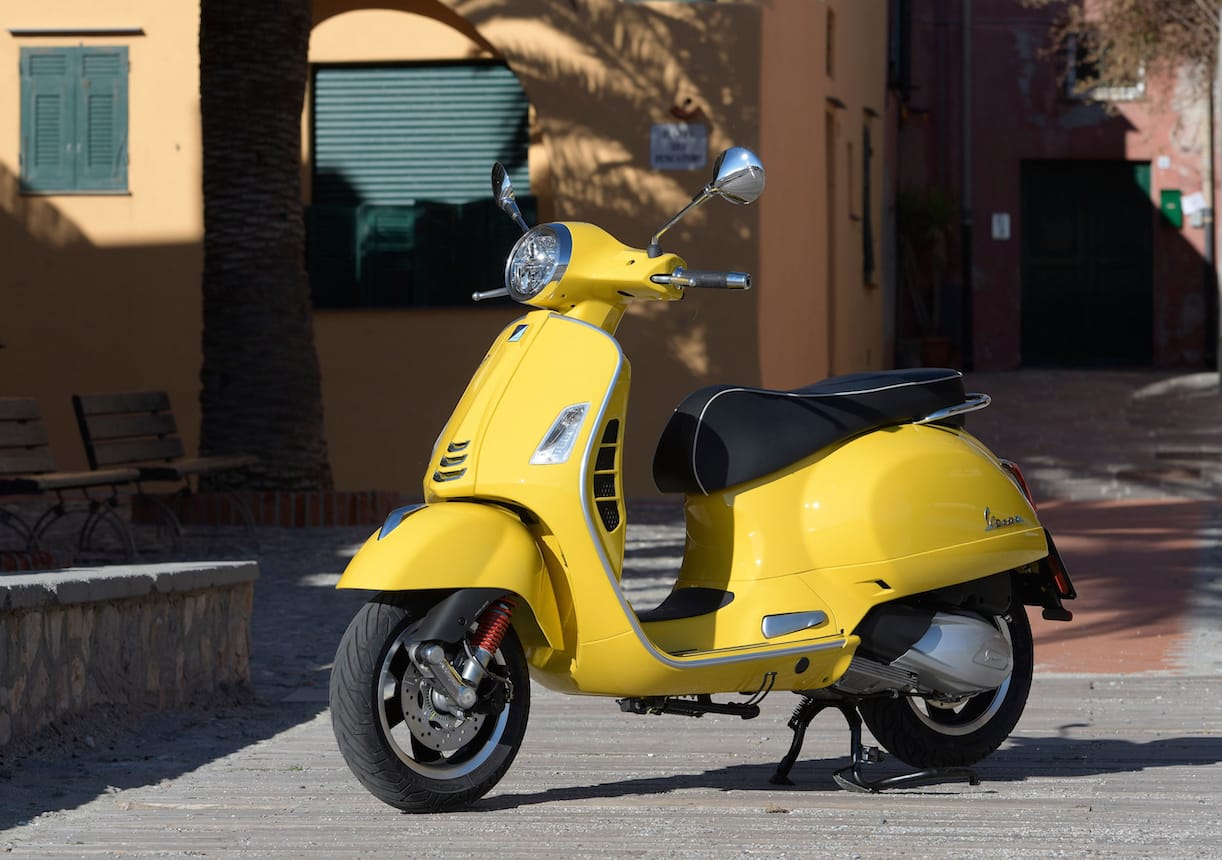 The headlight now adopts full LED technology, and the front section has a redesigned shield. The handlebar has a new cover in a different style, and the chrome crest of the front mudguard, rear view mirrors and grilles on either side of the shield have also been redesigned. 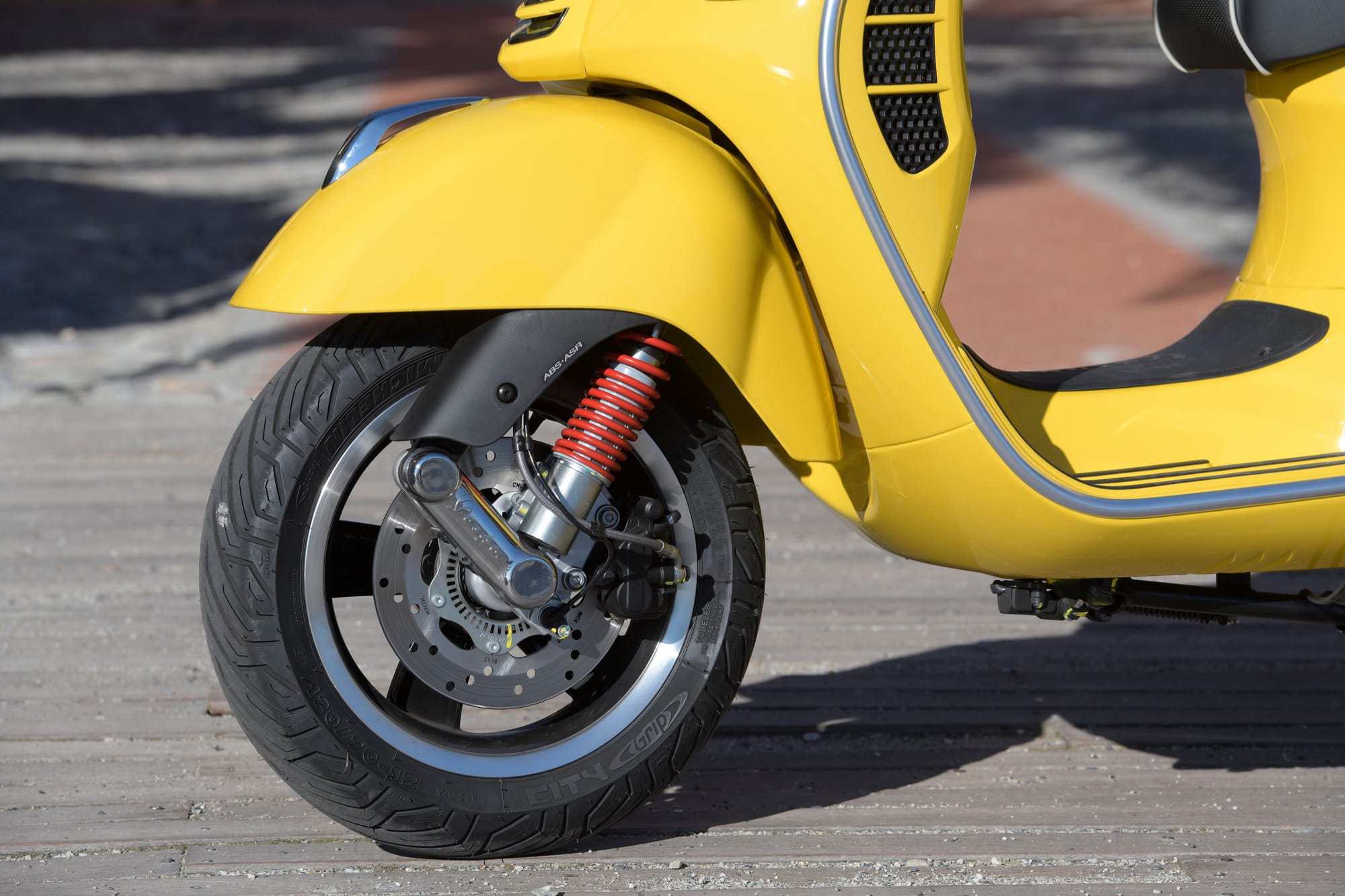 Big, comfortable and powerful, the new Vespa GTS underlines the vocation for touring that these bigger Vespas have always incarnated with a new saddle for improved driver and passenger comfort.
The VESPA MIA connectivity system permits bluetooth connection of a smartphone to the Vespa GTS’s onboard electronics system, offering exclusive functions for an even more satisfying, fun driving experience. Notifications of incoming calls and messages appear on an TFT display. The system also permits phone calls to be handled with a practical joystick on the left control block and use of the smartphone’s vocal commands to make calls or play music, setting up a playlist. 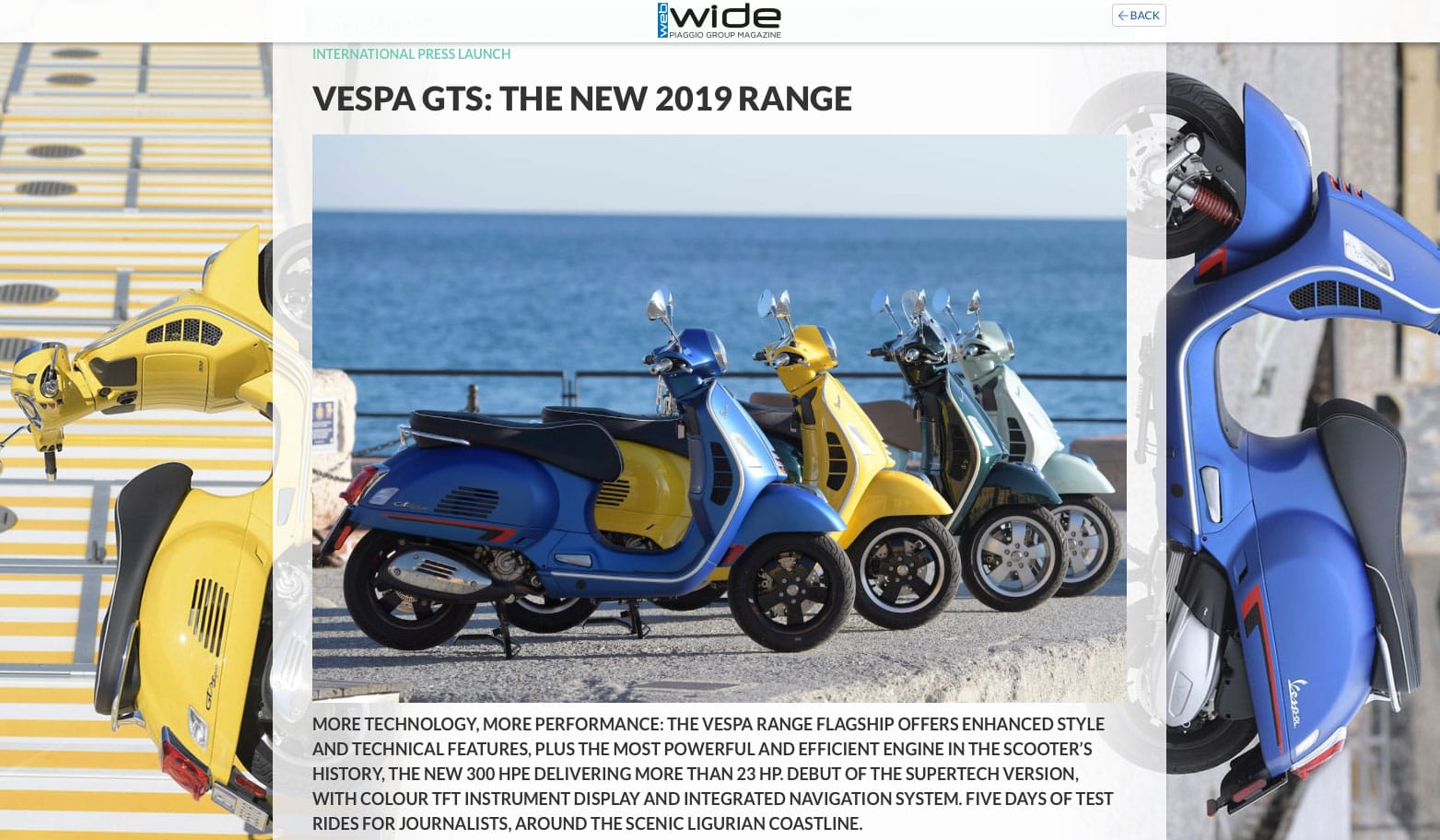