THE NEW APRILIA TUONO V4 FINALLY IN THE DEALERSHIP

APRILIA TUONO V4 FACTORY IS RAZOR SHARP WITH UNMATCHED PERFORMANCE: NEW LINES, NEW AERODYNAMICS WITH BUILT-IN WINGLETS, NEW MOTOGP STYLE SWINGARM, EVEN MORE ADVANCED ELECTRONICS AND 175 HP TO LEAD THE PACK ON THE ROAD AND ON THE TRACK. THE APRILIA TUONO V4 VERSION UNVEILS ITS VOCATION AS A GREAT TRAVELLER: DIFFERENT ERGONOMICS FOR COMFORT OVER LONG DISTANCES, A NEW SADDLE AND DEDICATED ACCESSORIES DESIGNED FOR TOURING, OBVIOUSLY EXTREMELY FAST. 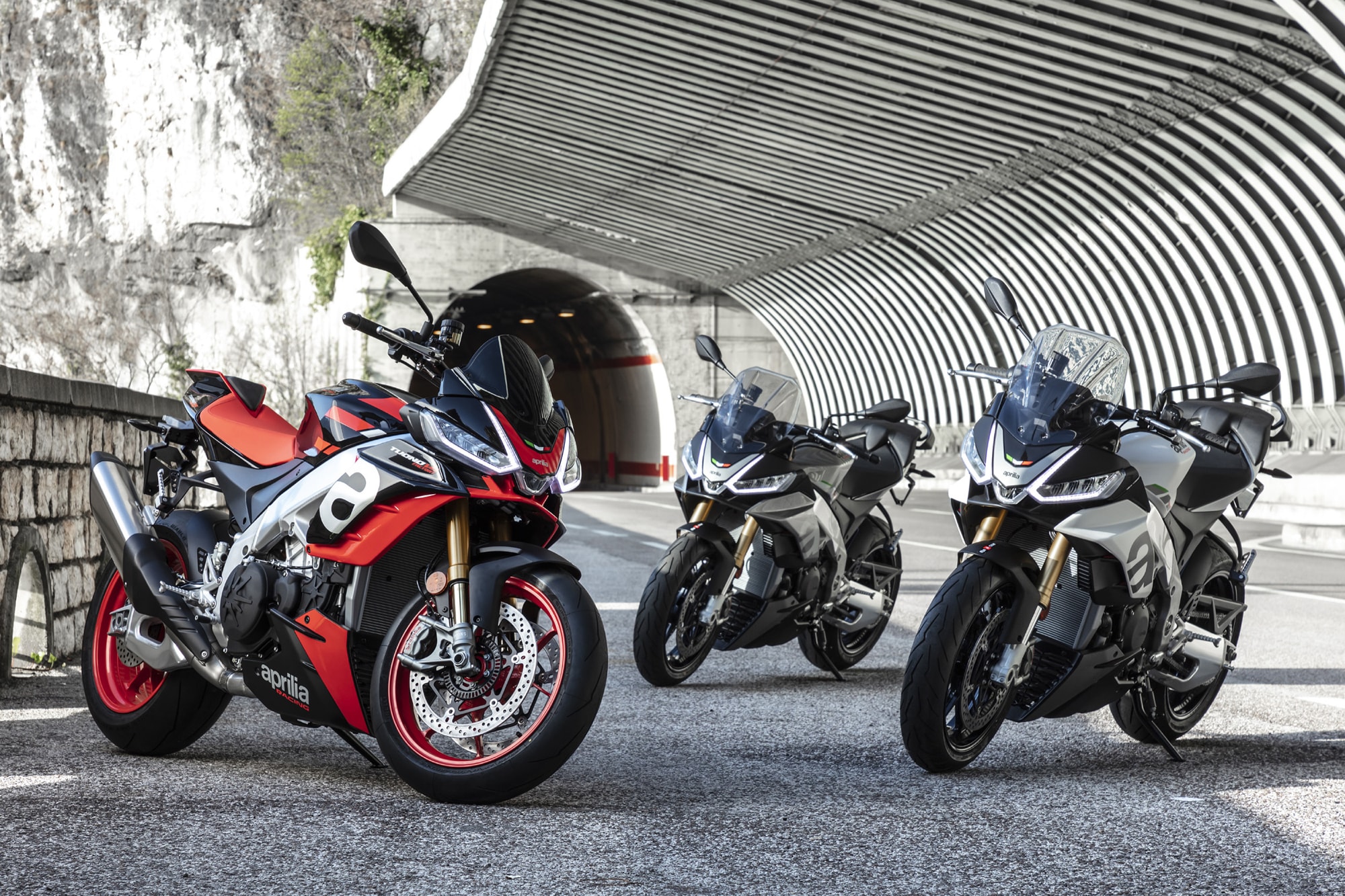 Noale (Italy), 9 April 2021 - The new Tuono V4 is finally in Aprilia dealerships. Or rather, the TWO new Tuono V4, because in 2021, the Hypernaked that millions have tried to imitate, all in vain, is doubled:

Aprilia Tuono V4 has always set the bar in the Hypernaked category and it now reaches never before seen levels of performance and sophistication, thanks to Aprilia's racing know-how and the experience of the brand that invented the Hypernaked category, starting from a superbike and creating a bike which is ultra-fun on the road and unbeatable on the track: it has been defined as “the most extraordinary street bike available for purchase, with incomparable performance and refinements”.

The first big change for the new Tuono V4 family for 2021 is the new and clear characterisation of the two models in the range.

Tuono V4 Factory, in its nature as an adrenaline producing machine, confirms those strong sensations and pure, unadulterated fun. It is dedicated to an extremely demanding public, which never turn down the chance for a track day and boasts exclusive components that also include the Öhlins Smart EC 2.0 semi-active suspension system as standard equipment.

Tuono V4 adopts all the best characteristics of a street-legal sport bike that also looks at the longer routes. The comfort provided by the raised handlebar and the more protective top fairing is new and improved. The passenger is no longer a barely tolerated guest and now benefits from an ample and comfortable portion of saddle and lower footpegs. Tuono V4 turns its thoughts to new horizons to reach quickly, so the available accessories include a pair of dedicated, asymmetrical panniers.

Tuono V4 is available in the Tarmac Grey and Glacier White colour schemes.

The new style of the Tuono V4 is inspired by the one introduced by RS 660, marked by the innovative concept of a double fairing with the function of an aerodynamic appendage, a design characterised by reduced surfaces and the top fairing that has the new, triple LED headlight unit featuring DRL with the “bending lights” function. The new Tuono V4 has new and attractive ergonomics that provide more space and give the rider a more comfortable position on board, thanks to the new shape of the tank and the tail fairing.

The colour TFT instrument cluster is larger, and the electrical commands are even more effective and intuitive. Thanks to the greater computing capacity of the new Marelli 11MP ECU and the new, six-axis inertial platform, electronic management has been improved. It seems incredible, given the level of completeness achieved but the electronic controls suite has improved even further with the introduction of the adjustable engine brake control. Six different Riding Modes are now available - three for the track (two fully customisable) and three for the road (one of which is customisable). All the rider needs to do is select the appropriate Riding Mode to automatically fine tune Traction Control, Wheelie Control, engine brake, ABS and other adjustable parameters. 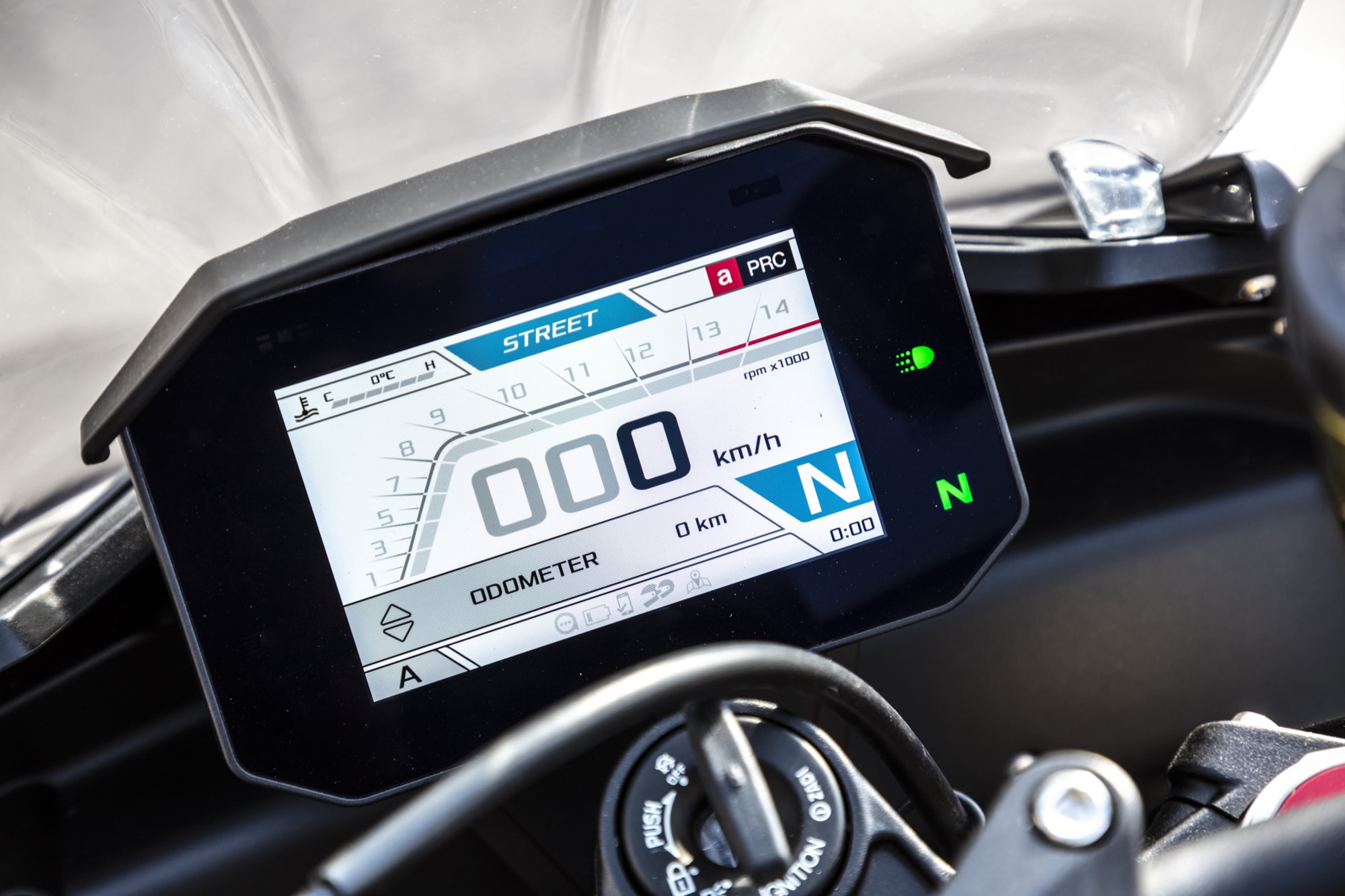 The chassis architecture, a point of reference in terms of effectiveness and feeling, evolves significantly thanks to the arrival of a new and lighter aluminium swingarm with lower reinforcement brace, already seen on the Aprilia bikes that dominated in World SBK, later developed even further for MotoGP. The new component is designed to lower the masses and increase the stability of the rear end in acceleration. 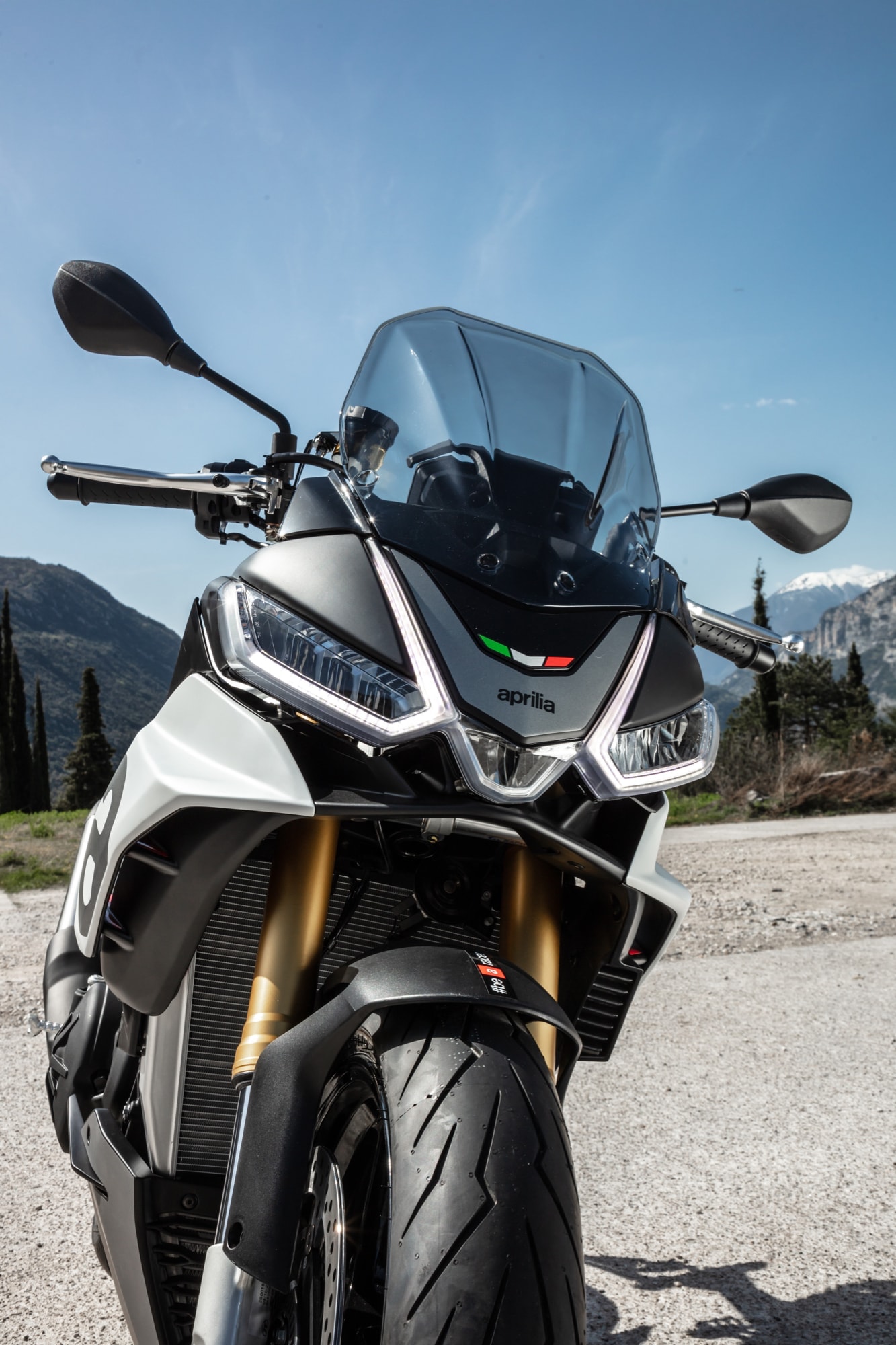 The Tuono V4 is still the only sport naked powered by a 65° narrow V4 engine with unique characteristics. Even with the move to Euro 5, the 1,077 cc V4 confirms its unmistakeable sound and outstanding performance. Its 175 HP and 121 Nm allow it to dominate in the Hypernaked category thanks to the extraordinary balance the V4 has developed with a perfectly tuned chassis architecture and electronics package.

Check the timing for the availability of the new Tuono V4 and the relative prices with the official Aprilia sales network of the Country of interest. 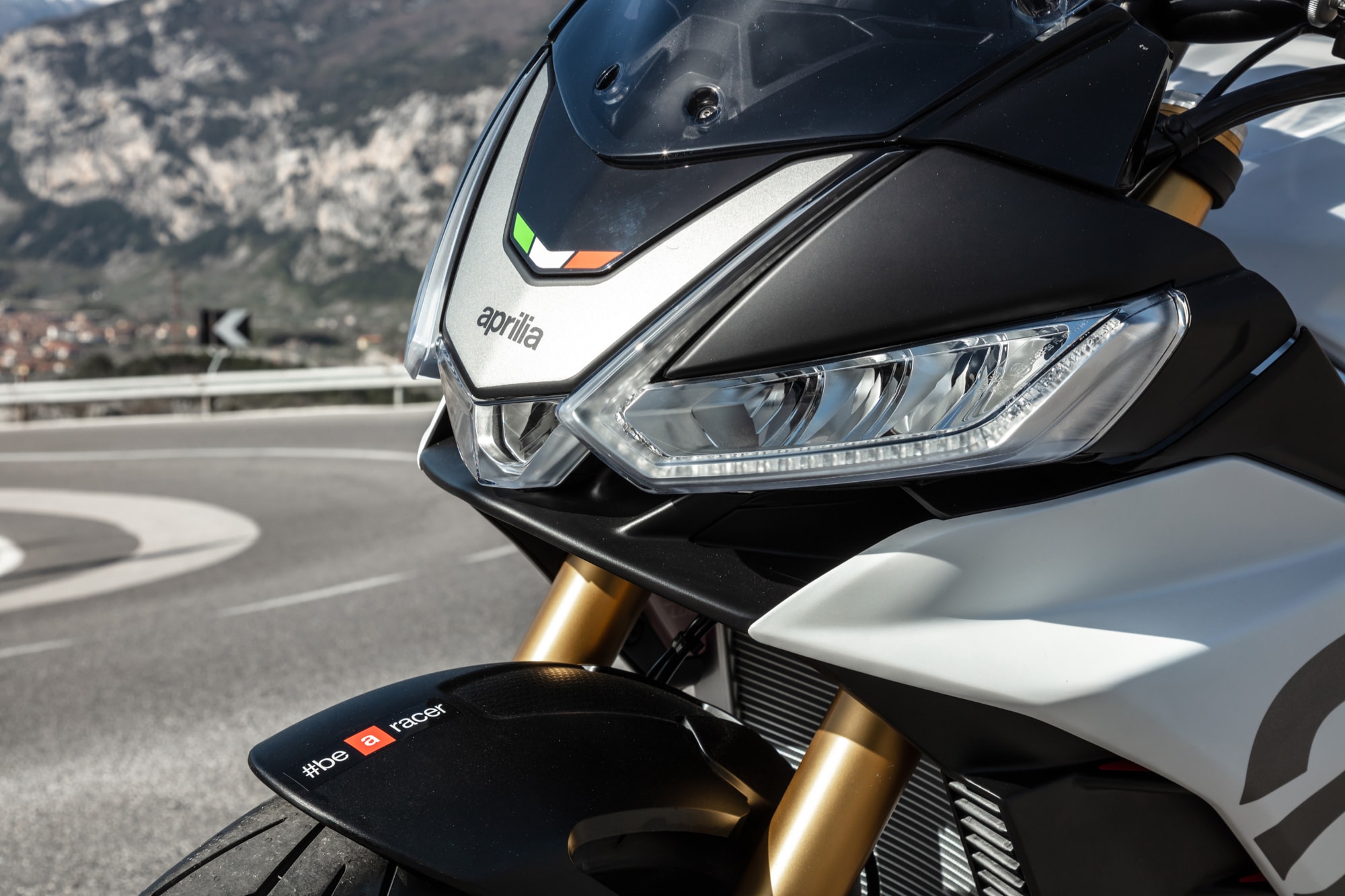