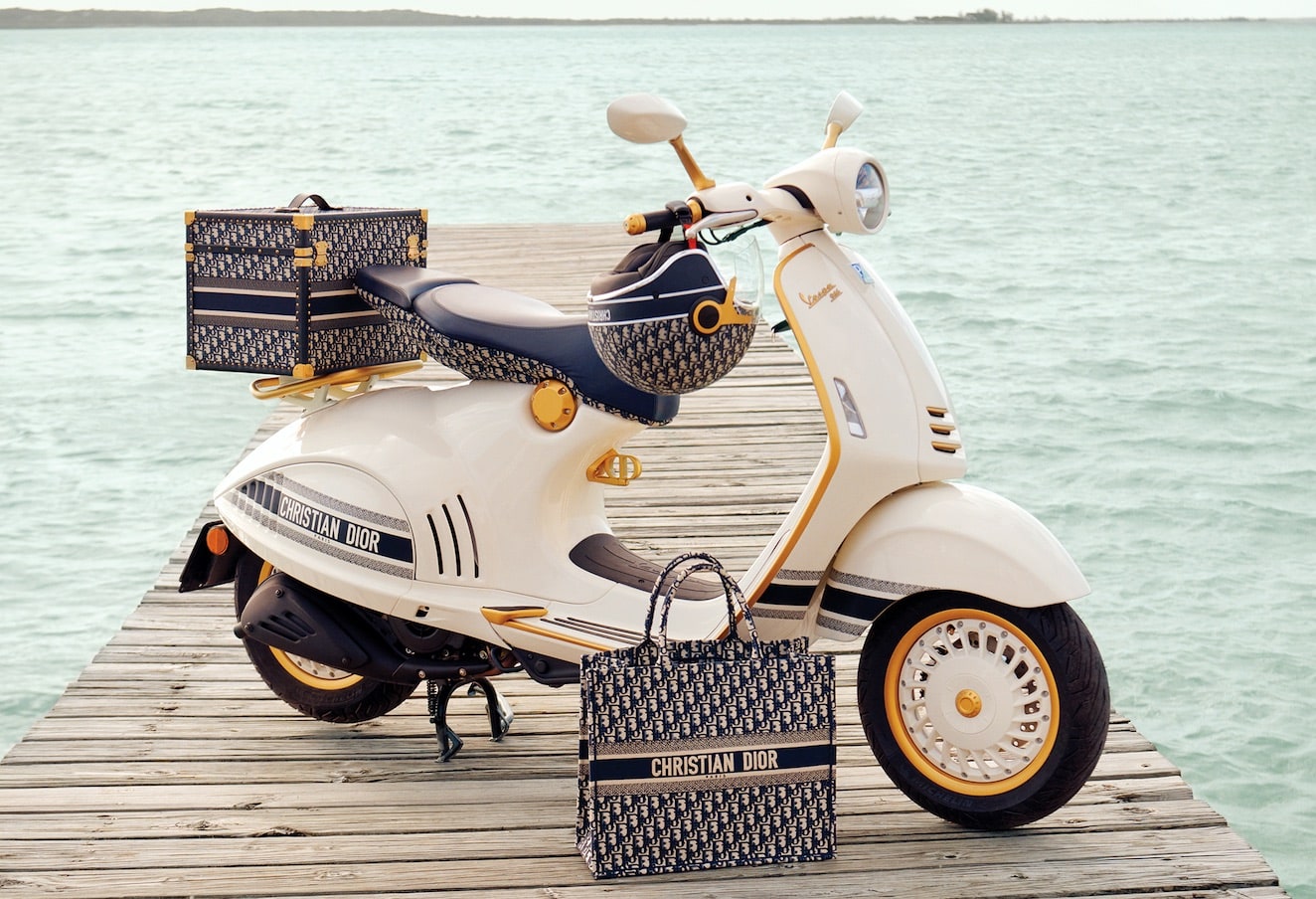 DIOR JOINS FORCES WITH VESPA TO CREATE AN EXCLUSIVE SCOOTER AND A RANGE OF MATCHING ACCESSORIES, CELEBRATING THE SUNNY-SPIRIT AND ART OF LIVING OF THE TWO HOUSES.

Milan, June 12th, 2020 - Founded in the same year, in 1946, the Italian brand and the Parisian couture house are linked by an unwavering desire to inspire a new, bright and creative vision of the world. Today, more than ever, the Dior and Vespa collaboration reinvents this spirit of freedom, movement and expression that drives them.

Odyssey(s), style, dreams and Dolce Vita. Out of this passionate dialogue, the Vespa 946 Christian Dior scooter comes to life, its monohull architecture and subtle graphic lines paying tribute to the heritage of the two houses. A symbol of refinement, this object of desire reflects their shared commitment to the excellence of savoir-faire and virtuoso art of detail. 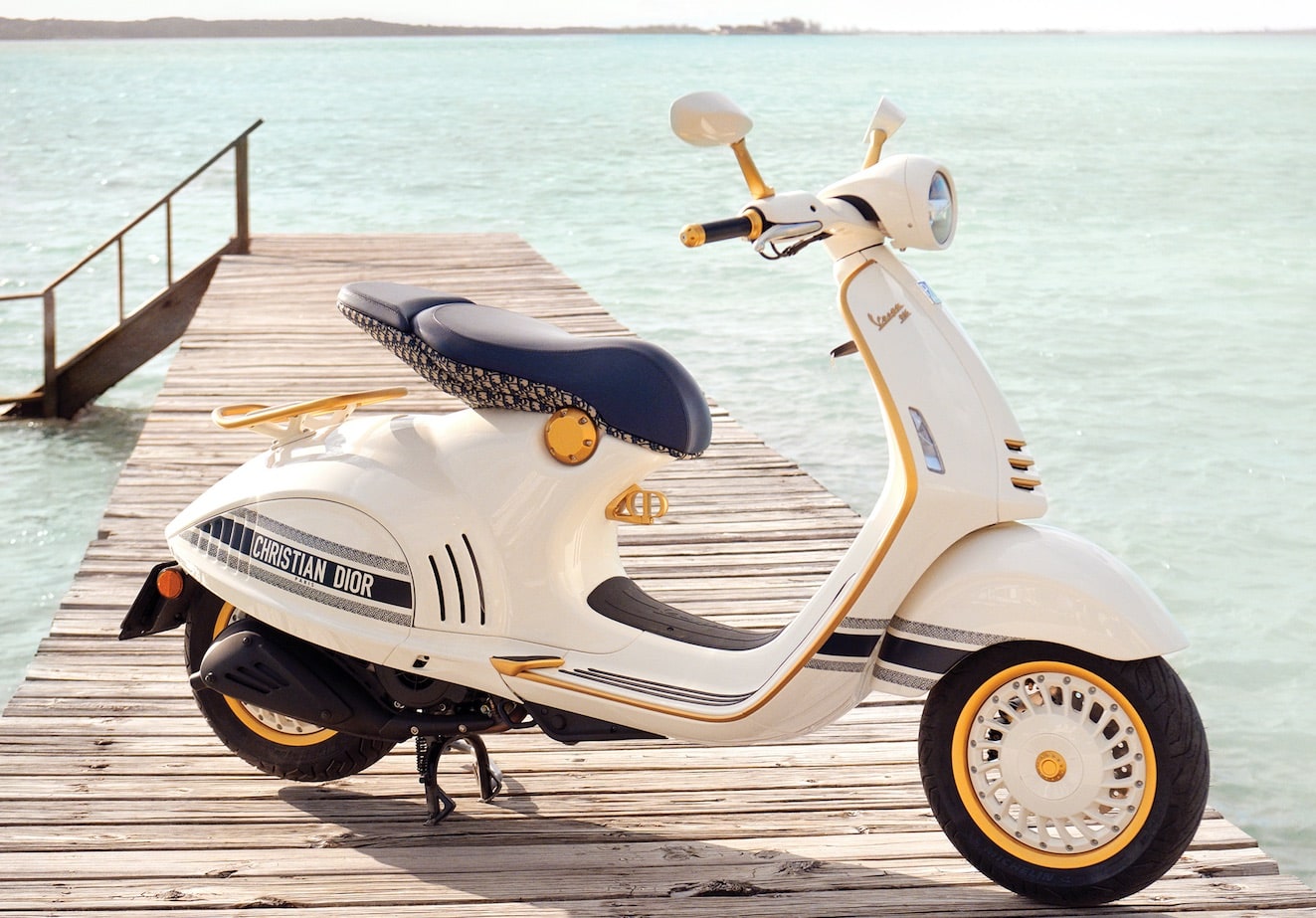 The color of the Vespa 946 Christian Dior body is an exclusive color made together with Dior creative Department, as well as the gold color for the finishing touches. The saddle is in real blue-leather with ton sur ton seams; the handles are covered with blue- leather and the seams are ton sur ton. The saddle support is realized with a “Dior Monogram” original fabric upholstery. On the right side of the vehicle there are some exclusive decalco with the “Christian Dior Paris” logo, although on the left side there is the possibility to personalize it. The hook placed under the saddle has the exclusive “Christian Dior” logo.

A contemporary version of the iconic Vespa 946 – presented in 2012 in Milan and recognized for its elegant, streamlined curves and technological innovation – the new model was designed by Maria Grazia Chiuri, Creative Director of Dior women’s collections. The scooter is made in Italy, adhering to the exacting standards, commitment and precision of a couture atelier.
Echoing the design of the saddle, a top case patterned with the Dior Oblique motif – designed by Marc Bohan in 1967 – is specially designed to be fixed on the luggage rack, adding a distinctive allure. A helmet adorned with the same iconic motif rounds out the unique range.
Symbols of escape to new horizons, these limited-edition creations will launch in spring 2021 in Dior boutiques around the world and subsequently in a selection of Piaggio Group’s Motoplex stores (*).
(*) The accessories, including the helmet and top case, will be available exclusively in Dior boutiques.

Michele Colaninno (CEO of the Immsi Group and Piaggio’s Chief of Product and Marketing Strategy): “In these unprecedented times, it is great to be able to dream of a better future. The House of Dior opened its doors in 1946 in Paris, the same year that Vespa made its debut in Italy. This new Vespa 946 celebrates that anniversary and honors our heritage. Today, like yesterday, we have gone through a dark period and now we are joining forces to share some joie de vivre through a combination of style and craftsmanship. This partnership between Vespa and Dior represents a celebration of beauty.”
Maria Grazia Chiuri (Creative Directot of women’s haute couture, ready-to-wear and accessories collections for the House of Dior): “I was very excited about this project with Vespa. For me, Vespa is linked to my city, Rome. It’s linked to the freedom to move around the city with ease, like in the film Roman Holiday (1953), which has left that extraordinary image of Audrey Hepburn clinging to Gregory Peck on a Vespa forever etched in our collective memory. I have so many happy memories starring a Vespa. It’s how my husband and I used to get around Rome and go to the seaside in Fregene. It’s a symbol of Italian-ness that is intricately linked to my personal history, and it’s now part of my professional life at Dior.”
Pietro Beccari (Chairman and CEO of Christian Dior Couture): “This collaboration with Vespa pays tribute to the incomparable charms of the Italian Riviera which so fascinated Christian Dior in his time. The Dolce Vita lifestyle never ceased to infuse its elegant spirit into his haute couture models, a sun-drenched magic that today, more than ever, is perpetuated in the collections of Maria Grazia Chiuri. This special partnership between these two exceptional Houses in the name of passion, excellence and the art of living offers the chance to reaffirm the inspiring ties that unite Dior with Italian culture.” 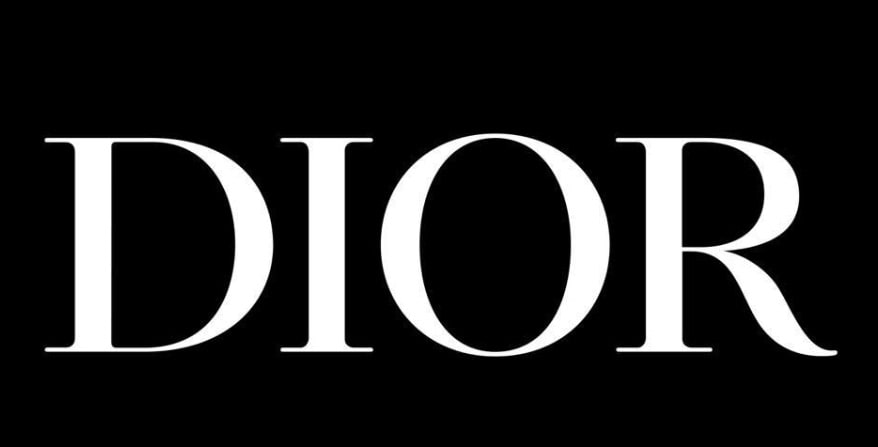 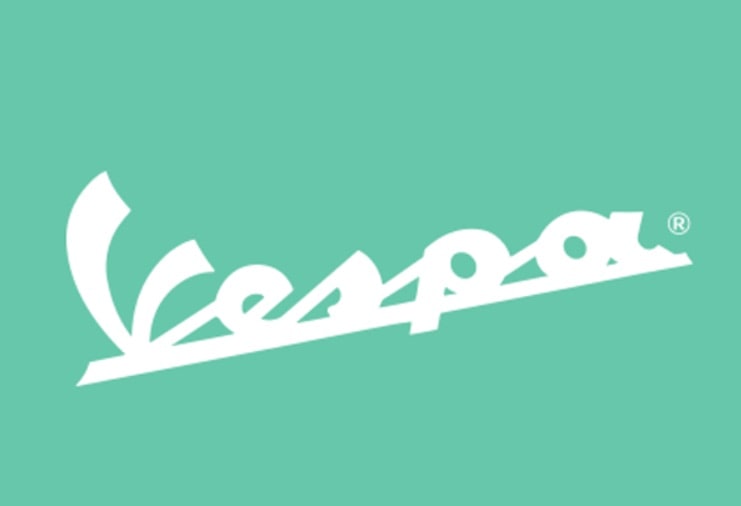 VESPA. It was 1946 when Vespa made its debut on the roads of a Europe devastated by the recent conflict but, equally, full of creativity and a desire for renewal. After seventy-four years of history and over eighteen million scooters, Vespa is a global reference for style, elegance and technology. A brand known and loved all over the world that, with more than one and a half million vehicles produced in the last decade, is experiencing one of the most fortunate and dynamic periods in its story.

VESPA 946. The Vespa 946 was presented at EICMA 2012 and launched in 2013. It is an innovative product which takes inspiration from the Vespa prototype MP6 produced in 1946. A look at the 946 brings to mind the creativity and ingenuity that gave rise to the original Vespa. As the prototype which serves as inspiration the Vespa 946 seems to come directly from the best technology of its time. Details such as the handlebars that feature sewn trim with needle and thread, aluminium parts fitted manually, one by one in monocoque steel body, a dedicated production line, more like an haute couture atelier than a production line, make this Collection stand out. Vespa 946 is built by human skill, piece by piece, carefully crafted with glorification of manual labour as the most valuable Italian manufactured crafts. The pulsating heart of the Vespa 946 (a single cylinder 125 cc 4 stroke, 3 valve, air cooled engine with electronic injection) is an extremely modern engine which reveals the lines of development of engines of the future, characterized by reduced fuel consumption and a dramatic reduction of gaseous and noise emissions.