ALEIX ESPARGARO’ FINISHES THE FIRST TESTS IN DOHA WITH GOOD SENSATIONS AND THE THIRD BEST TIME. LORENZO SAVADORI CONTINUES TO IMPROVE DESPITE A PAINFUL SHOULDER 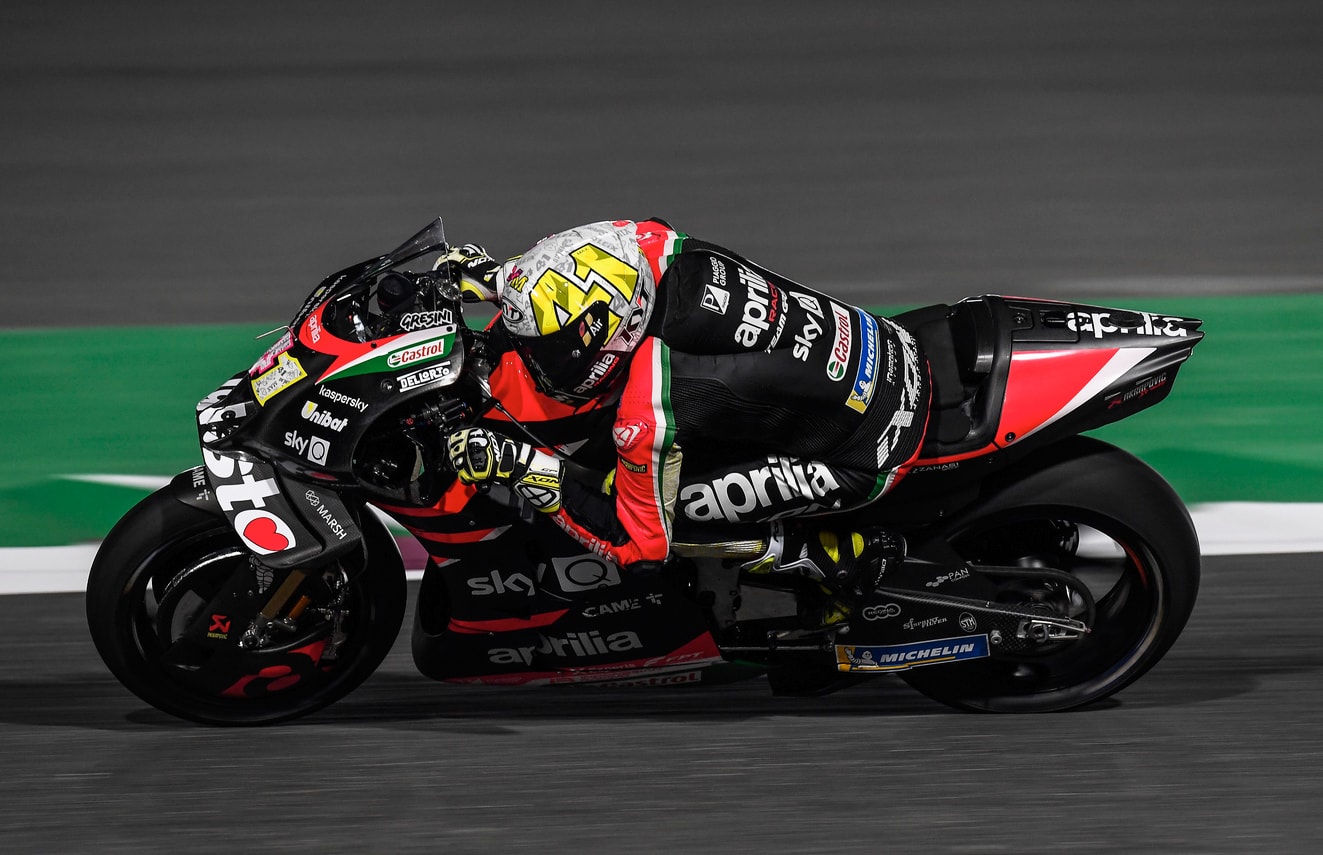 Doha (Qatar), 7 March 2021 - The 2021 MotoGP season started off on the right foot for Aprilia. The new RS-GP, which had already earned the stamp of approval from Aleix and Lorenzo in the Jerez tests, confirmed its improvements compared to the 2020 prototype on the Losail track as well. 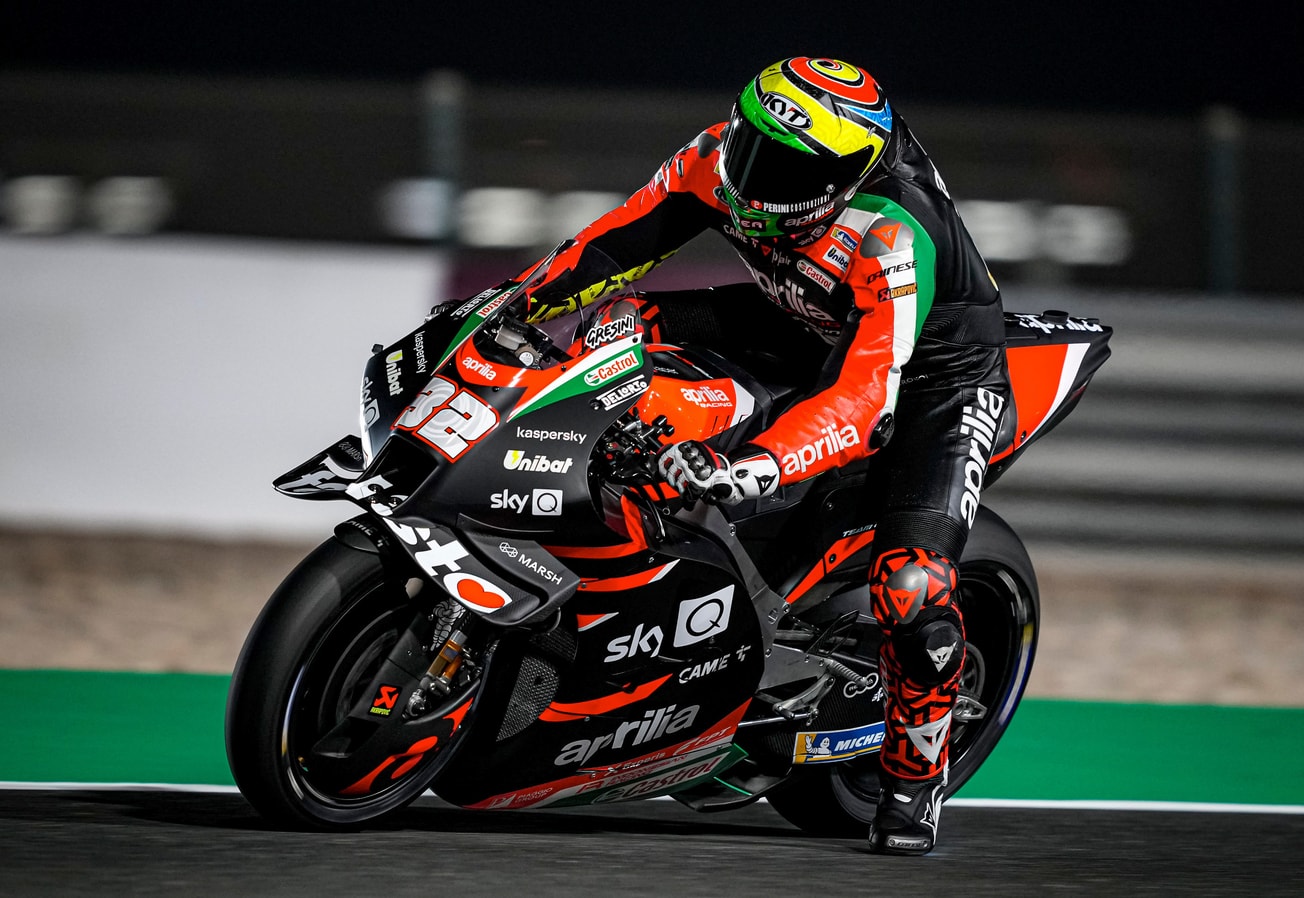 It is an evolution that involved all the major aspects, from aerodynamics to electronic strategies to the further advanced V4 engine. 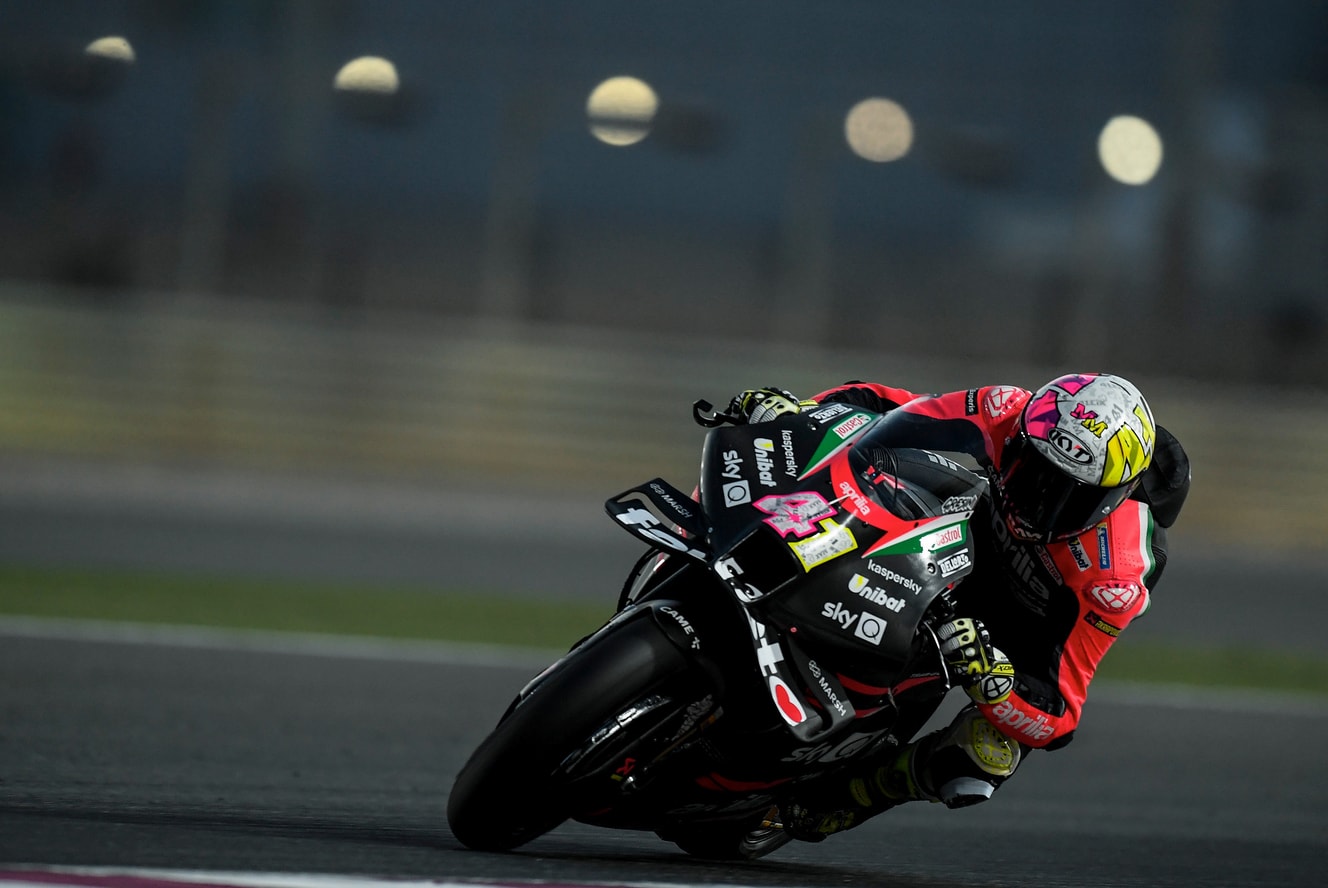 Even without focusing attention on the fast lap which, in any case, let Aleix Epargaro’ finish in third place after being fastest yesterday, the speed of the new RS-GP was confirmed by several long runs where the Spaniard maintained a promising pace. 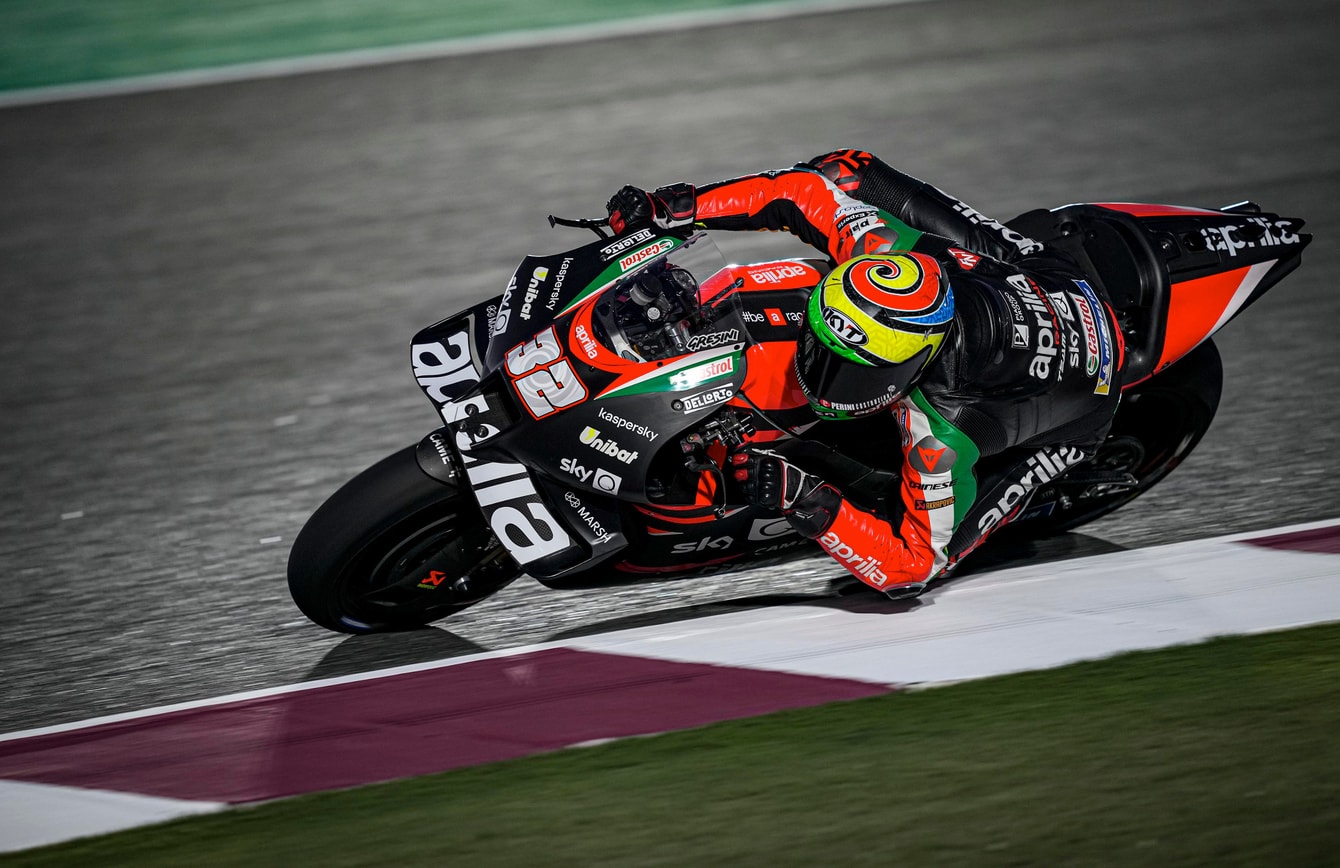 Lorenzo Savadori is improving steadily, making his full-time début in the MotoGP World Championship, despite a painful shoulder that kept him from expressing 100% of his potential. Grappling with a new and demanding category, Lorenzo followed a work programme designed to let him gain confidence step by step. The focus of the next tests will be primarily ergonomics and position in the saddle - still not optimum. In addition to fundamental hours of apprenticeship on the bike.

ALEIX ESPARGARÓ (bike no. 41): "It’s just a test, that much is obvious, but our step forward is just as obvious. The hard work begun last year and continued over the winter resulted in improvements to the RS-GP, suiting my needs. We're not talking about just one aspect, but many small changes that make it different from the 2020 bike and more competitive. The weight reduction is a benefit and the greater aerodynamic load provides stability, which translates into a bike that accelerates better. 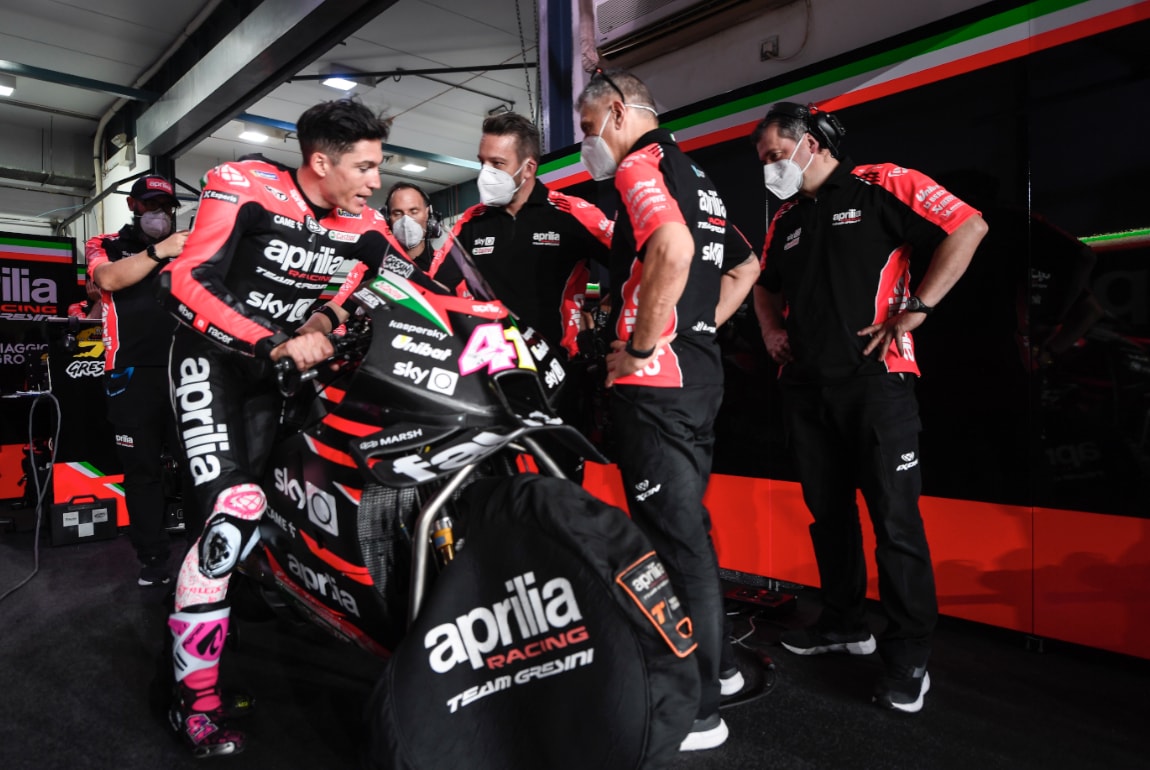 The truly important note is not so much the flying lap as the pace: we are consistent. Even today during the race simulation, pace was objectively significant. The other side of the coin is the great physical effort required, especially after 10-12 laps. We need to work on that and on the right compromise between stability and handling."

LORENZO SAVADORI (bike no. 32): "Two demanding days, particularly for me because of the soreness from a shoulder injury that bothered me rather a lot. Yesterday I tried to gain confidence on the bike and with the tyres, whereas today we worked on ergonomics and my position in the saddle. 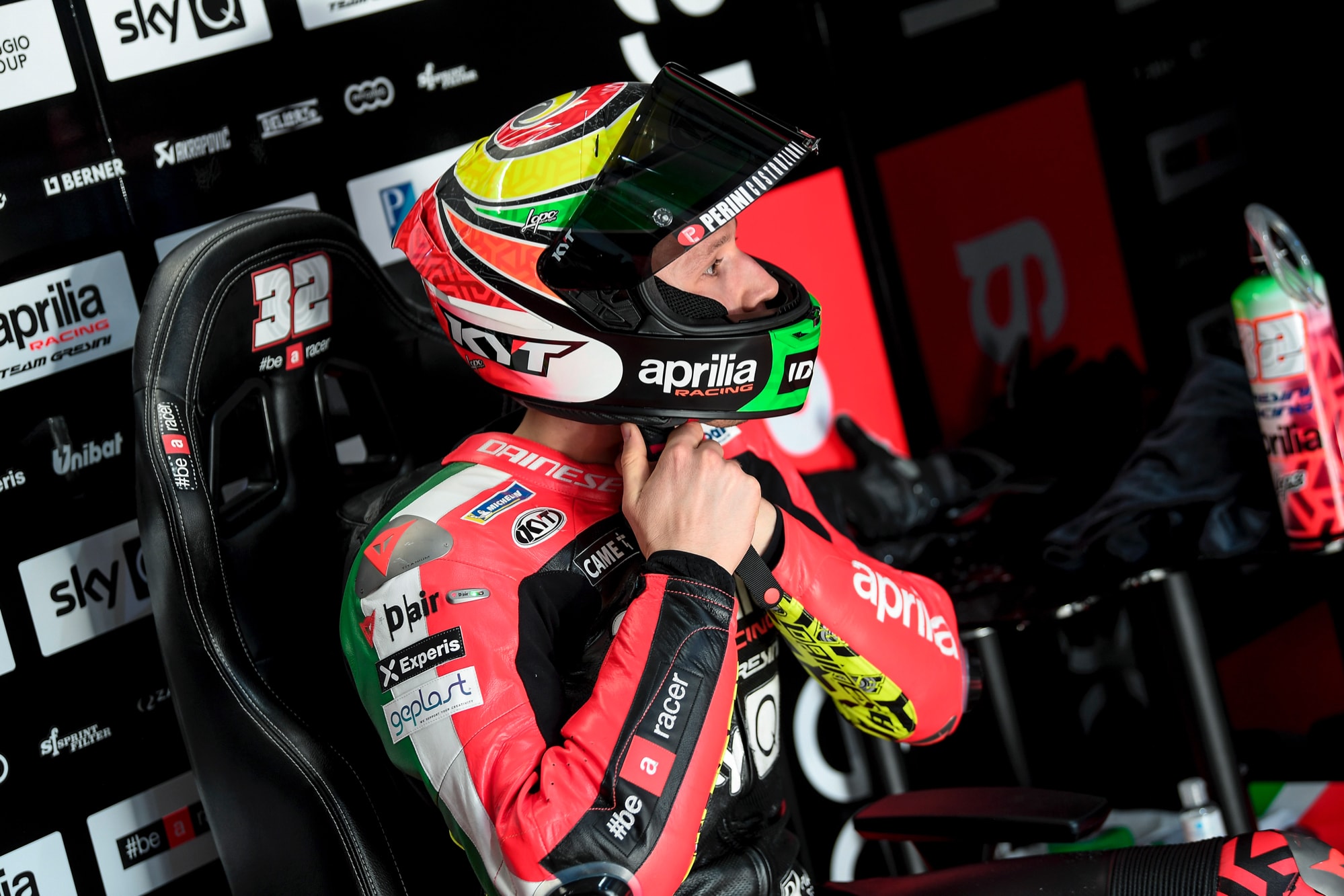 We’ll be concentrating precisely on this aspect in the next tests, because we identified a few solutions that could make me a bit more incisive." 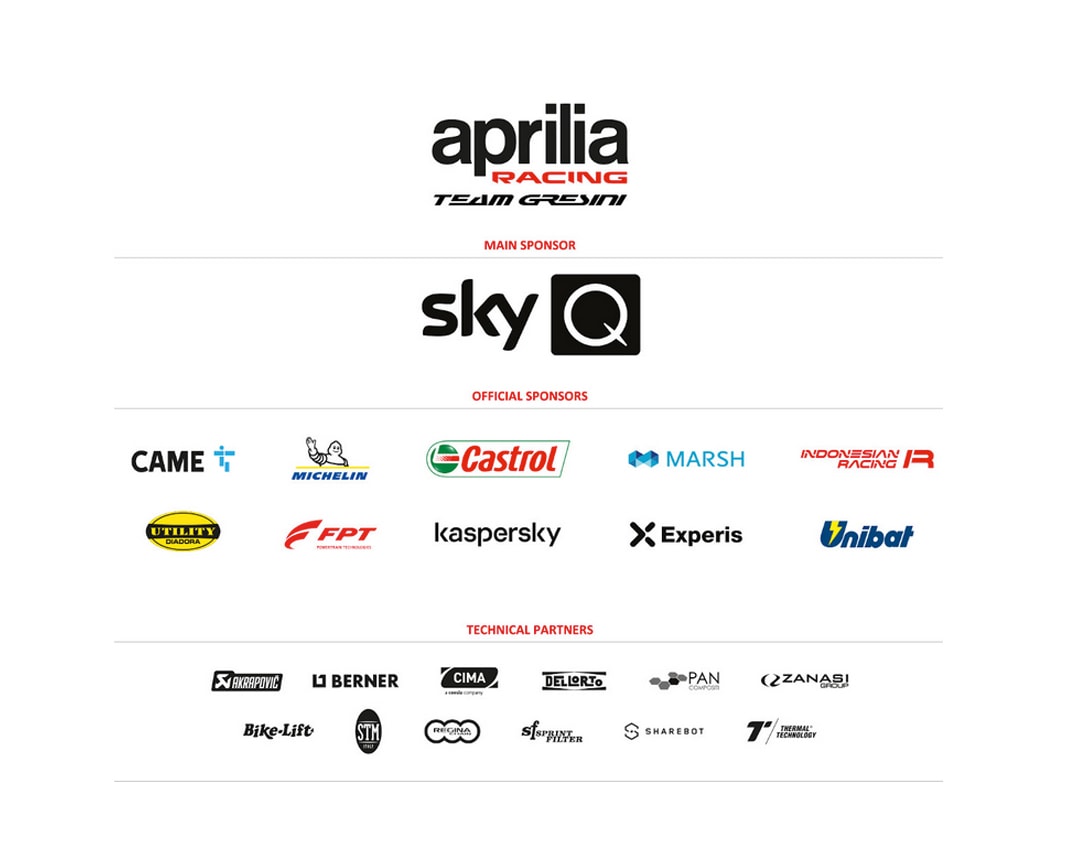