APRILIA ON HOME PITCH IN MISANO 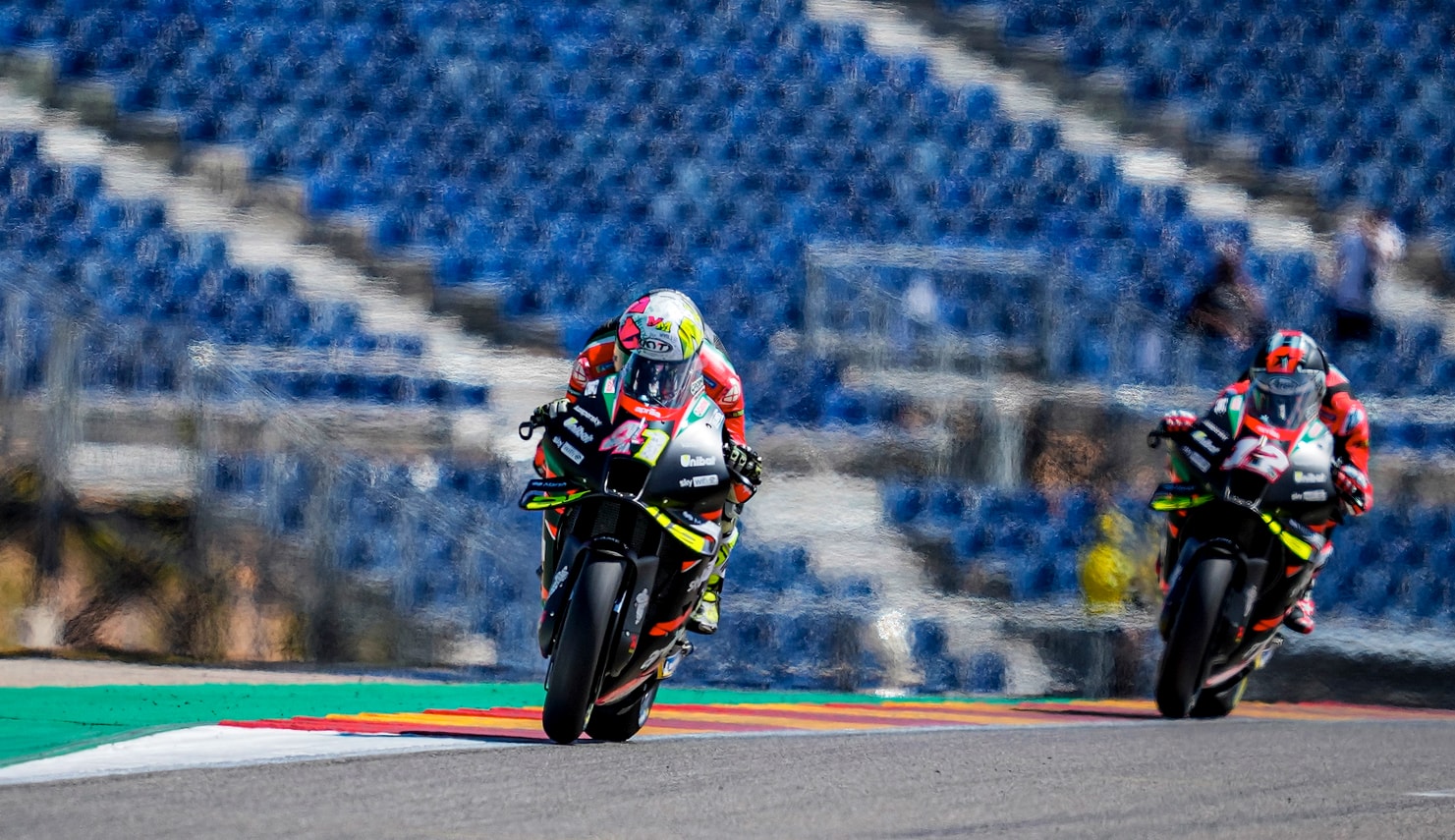 Misano Adriatico (Italy), 15 September 2021 - The Misano World Circuit named for Marco Simoncelli will host the first of two MotoGP races, a chance for Aprilia to race at home and finally with their fans present.

Source of the image: www.motogp.com

Aleix Espargaró is heading to MWC bolstered by two solid placements in recent rounds which have thrust him definitively into the respectable zone of the rankings. The goal will clearly be to reconfirm the competitive edge of the RS-GP, a young and innovative project, but one with further margin for improvement. 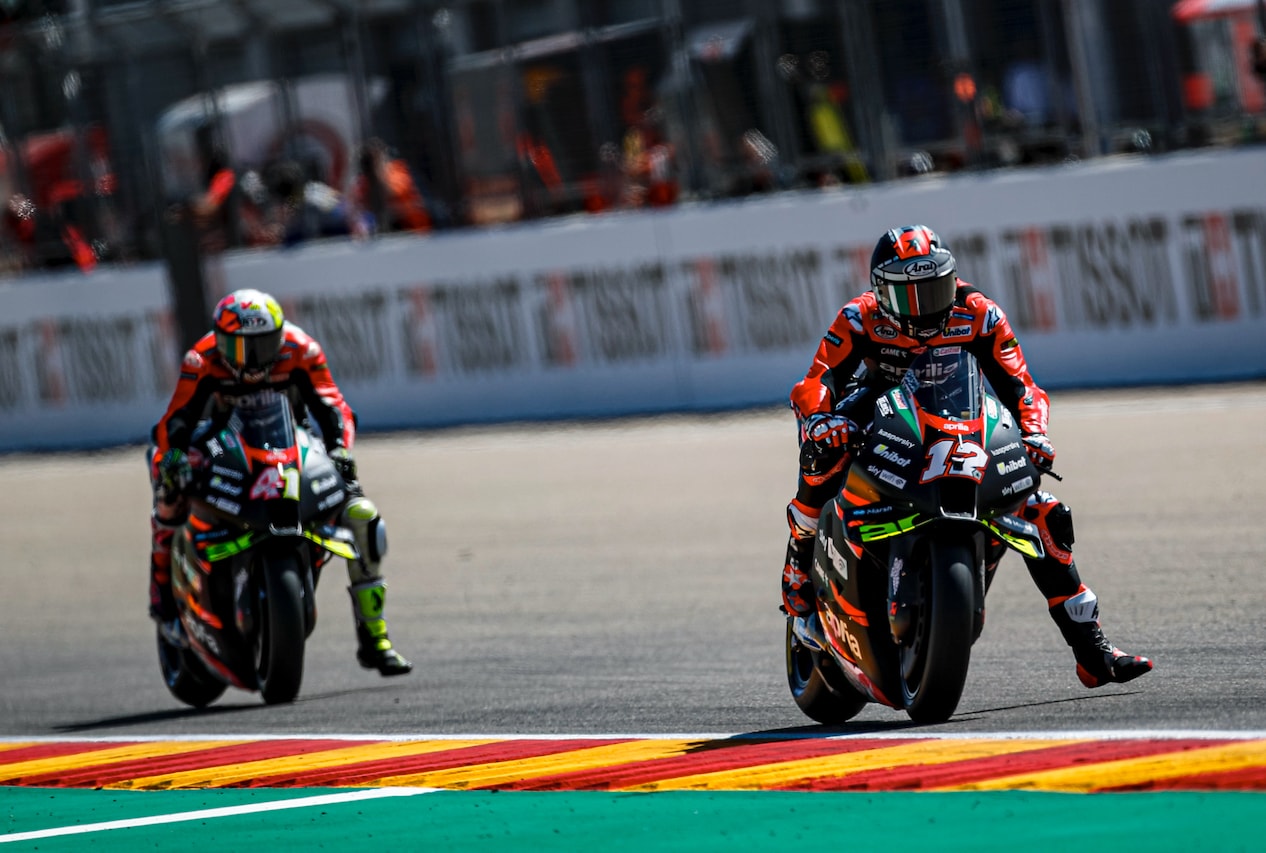 For Maverick Viñales, on the other hand, after his outstanding début in Aragón where he demonstrated consistent improvement throughout the weekend, the objective will be to continue familiarizing himself with a new bike and a new team. All this on a track where he already has some available data after two days of testing when he had his first contact with the RS-GP. 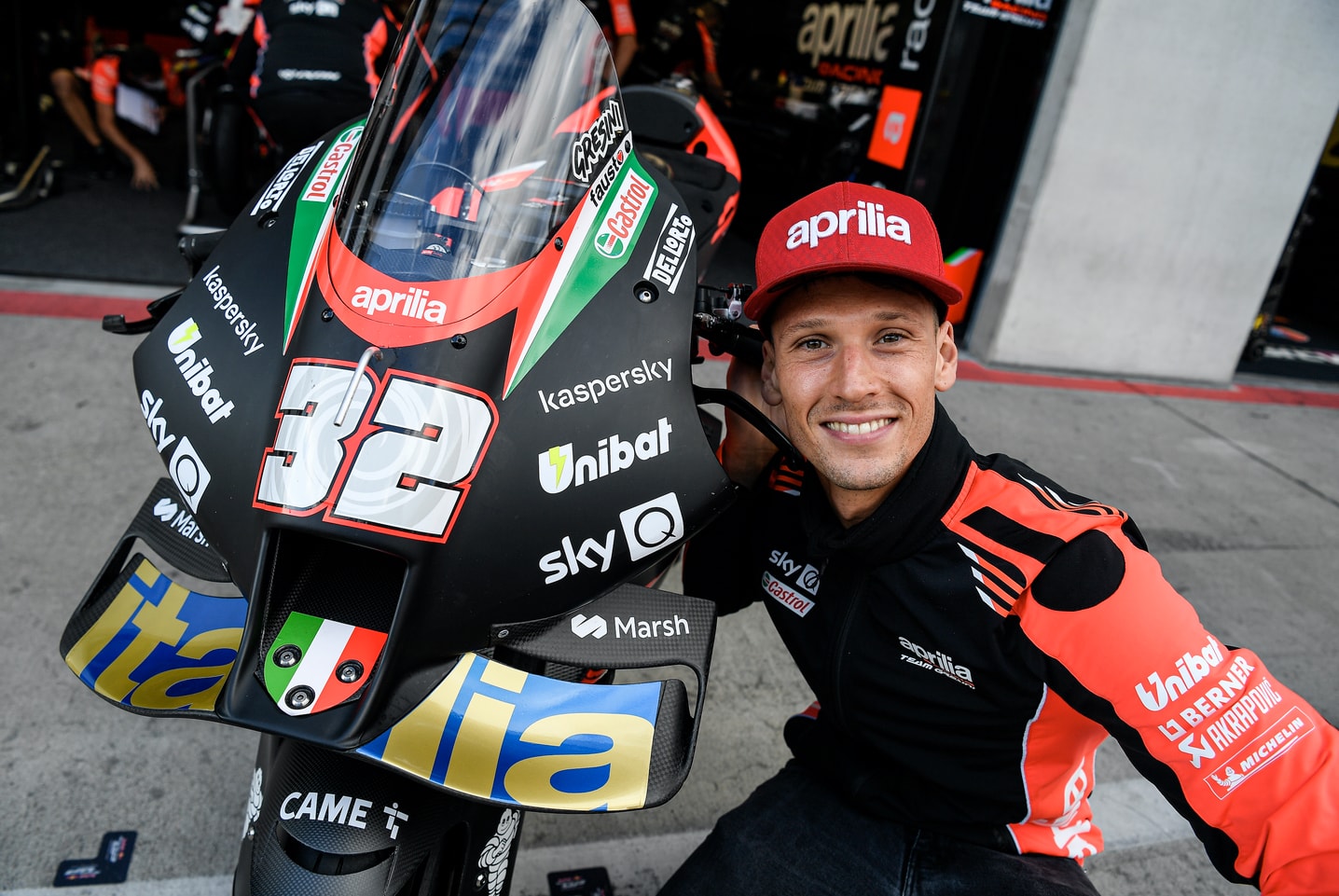 Lorenzo Savadori (photo above) will not be back on track, contrary to what had been planned. The Italian rider has not yet fully recovered from the ankle injury he suffered in Austria, so as a precautionary measure the choice was made to let him preserve his energy for the two-day test after the race. 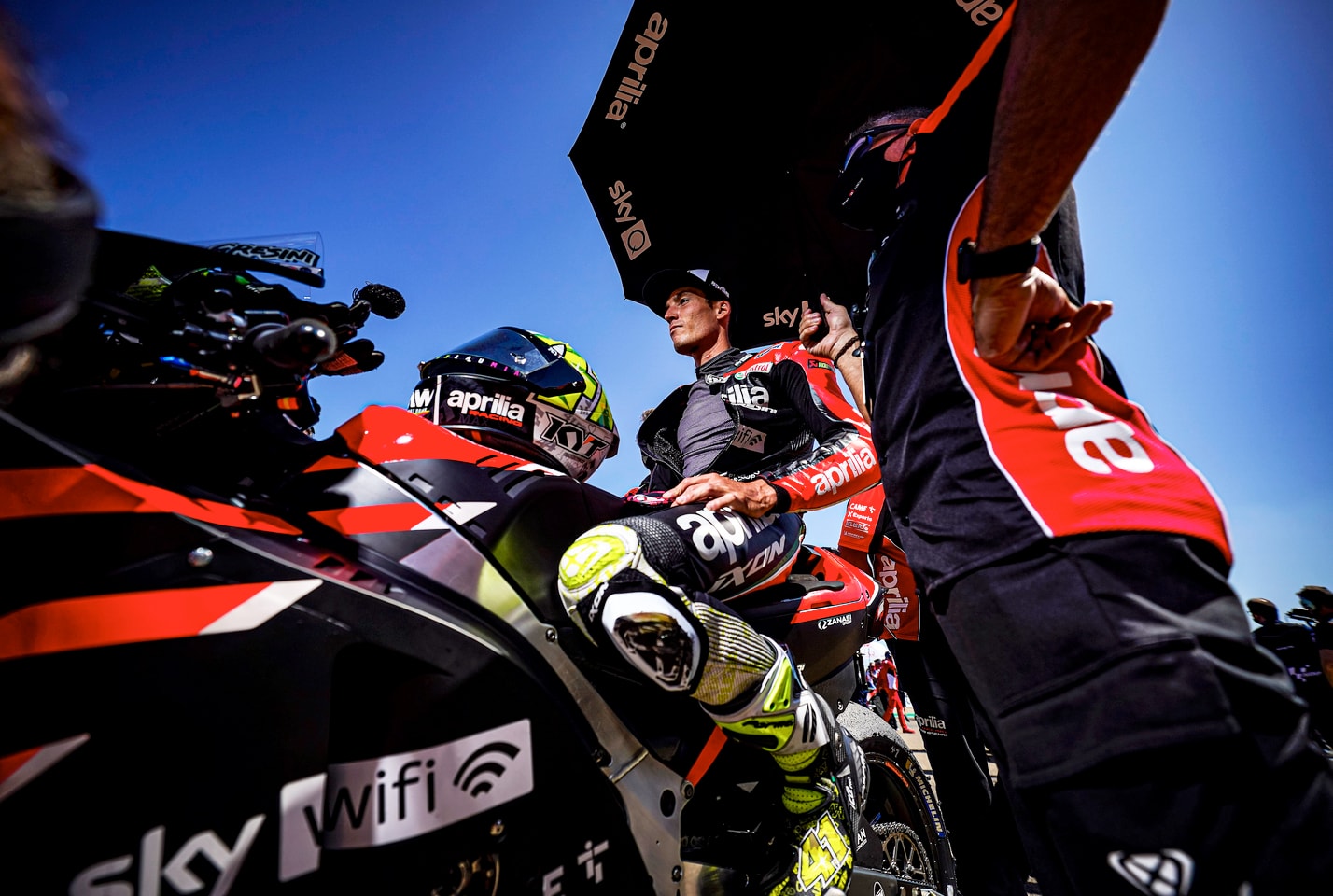 ALEIX ESPARGARÓ (bike no. 41): "It’s inevitable that the Misano round feels like a home race for me. Both because of my tight bond with Italy and because of how important it is for Aprilia. We’ll be on the track to pick up where we left off - competitive in any conditions. 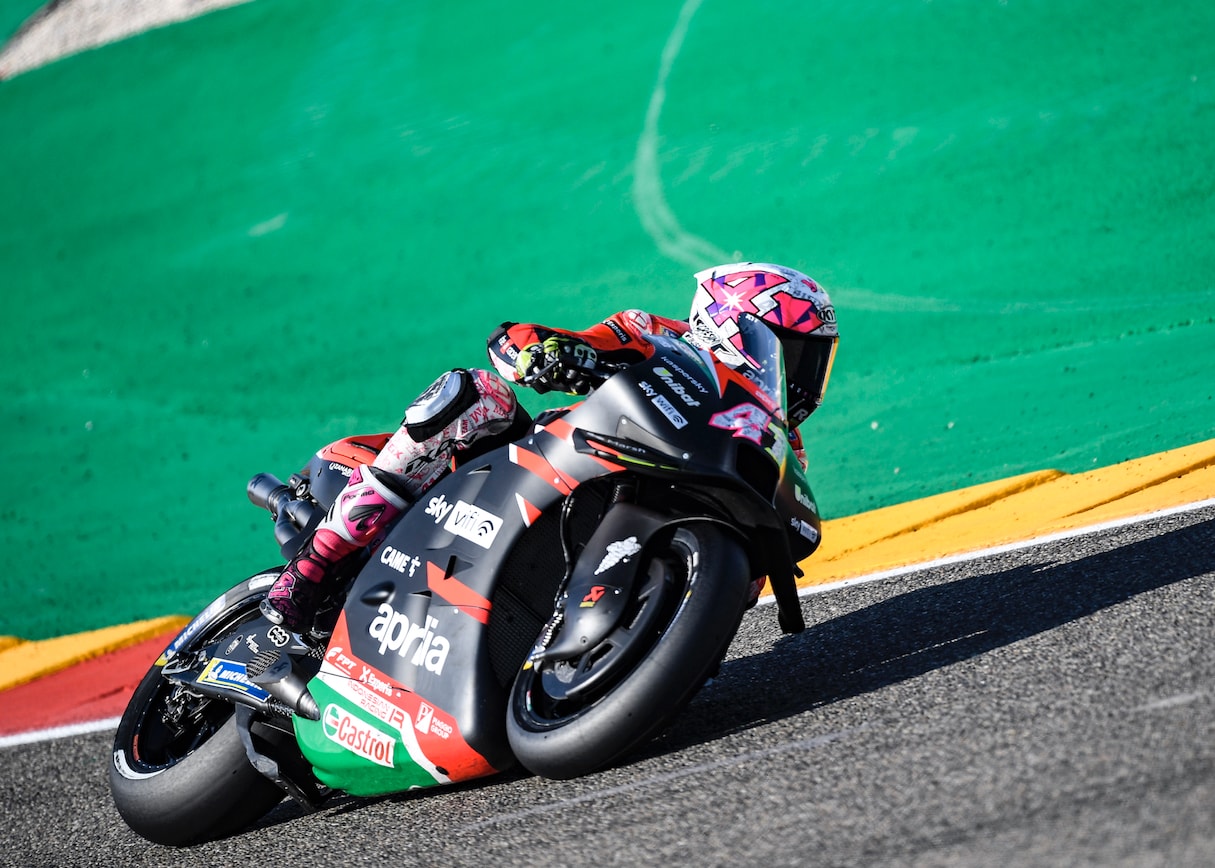 We are in a positive moment. The RS-GP is growing consistently, and we need to stay focused from here until the end of the season." 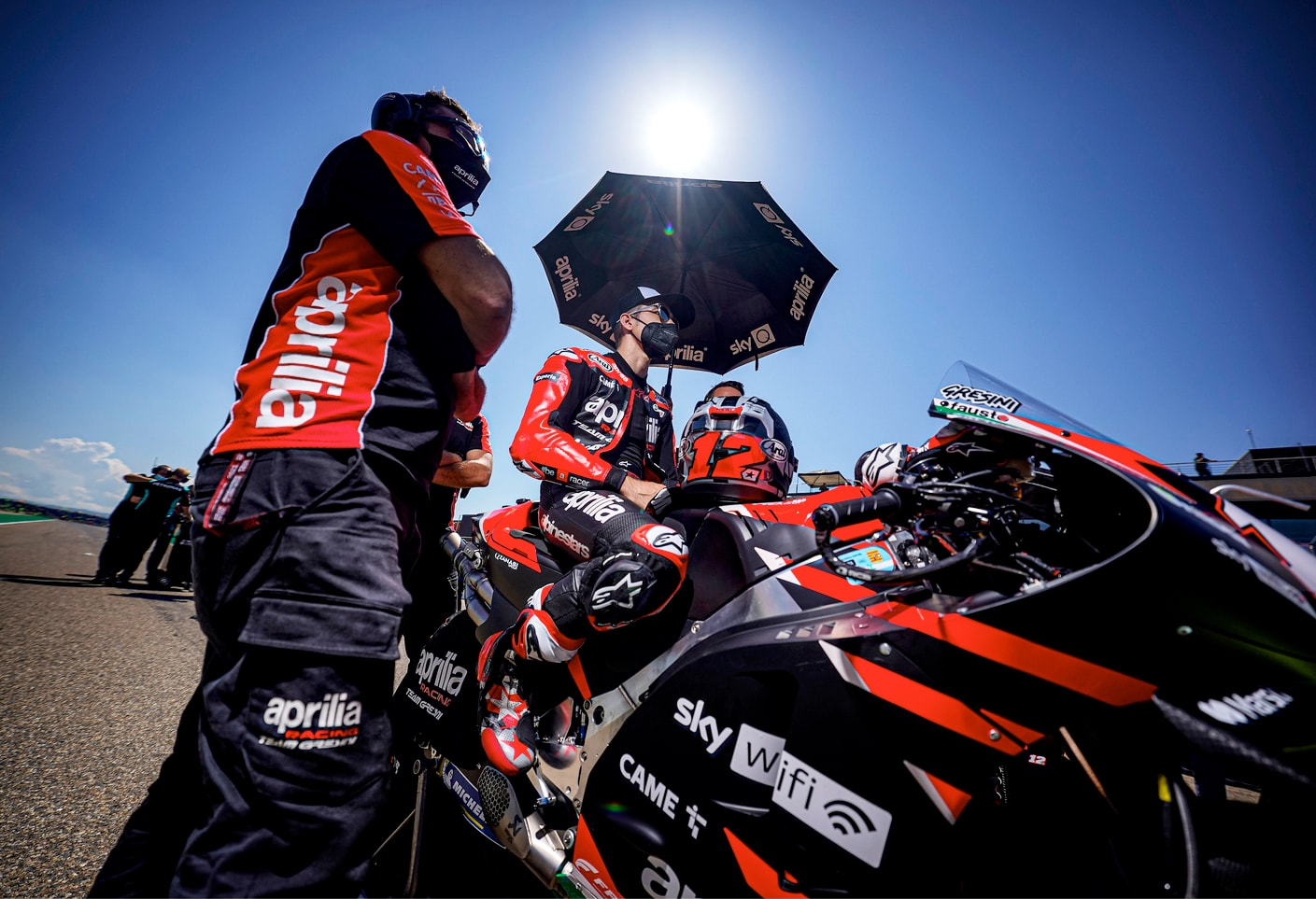 MAVERICK VIÑALES (bike no. 12): "Even though the situation is different since I’ve already tested here, we’ll approach Misano the same way we did Aragón. The fundamental thing for us is to rack up miles and experience. The process of adapting to the Aprilia is going well, but there are obviously still many aspects where we can and must improve. 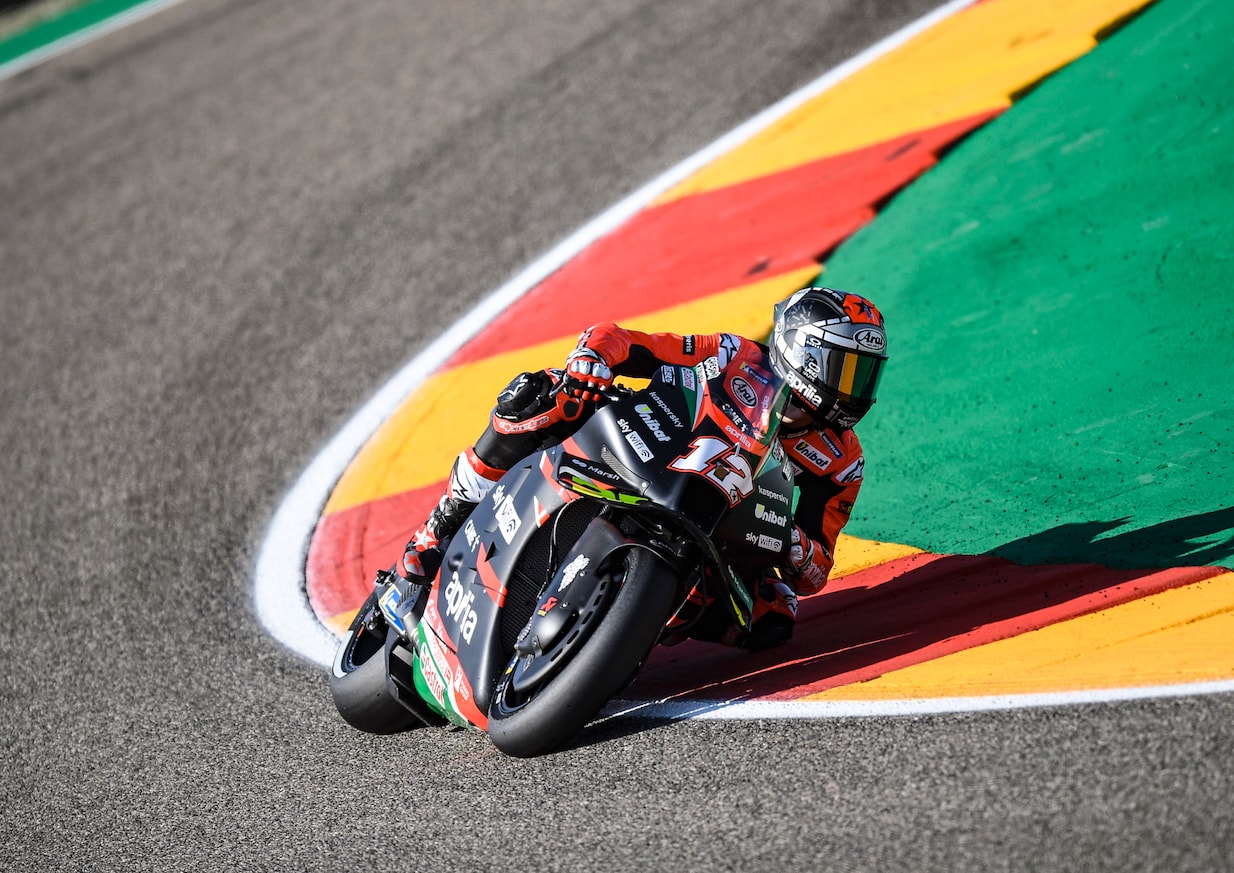 Precisely for this reason, I am not setting any goals. I’ll be satisfied if I’ve made a step forward in my feeling with the RS-GP by the end of the weekend." 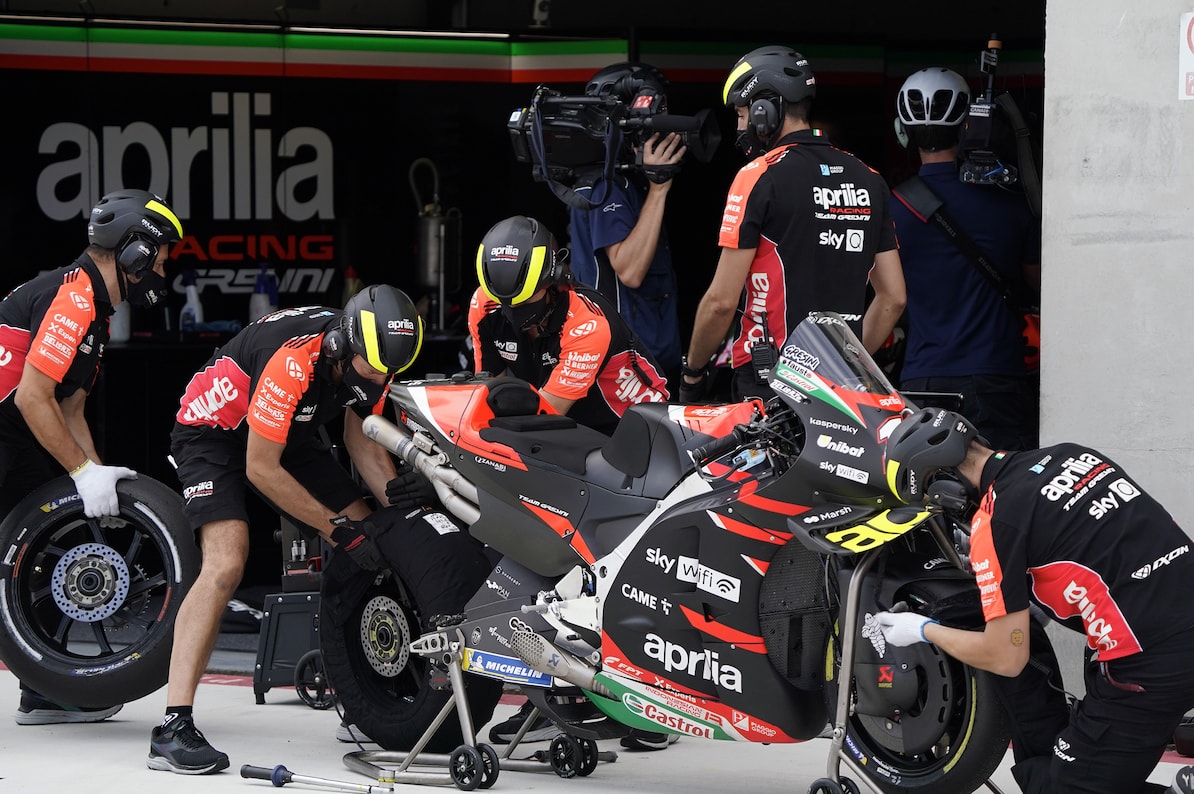