ALEIX ESPARGARÓ AND LORENZO SAVADORI ARE THE FACTORY RIDERS: A DECISION FOR CONTINUITY TO CONFIRM THE PROGRESS AND WORK DONE AT THE END OF 2020. ROMANO ALBESIANO: “WE WORKED HARD OVER THE WINTER TO ADVANCE A PROJECT WITH GREAT POTENTIAL”. MASSIMO RIVOLA: “THERE IS NO LACK OF MOTIVATION, THE BEST WAY TO REMEMBER FAUSTO WILL BE TO DO WELL”.

Doha (Qatar), 4 March 2020 - The 2021 MotoGP season kicks off on the asphalt at Losail Circuit in Qatar for the Aprilia Racing Team Gresini. Just hours before taking to the track for the first official tests, the complete Italian team unveiled the new weapon from Noale - a revamped RS-GP. With sincere and emotional thoughts for Fausto Gresini, who had been part of this project since its début in 2015. 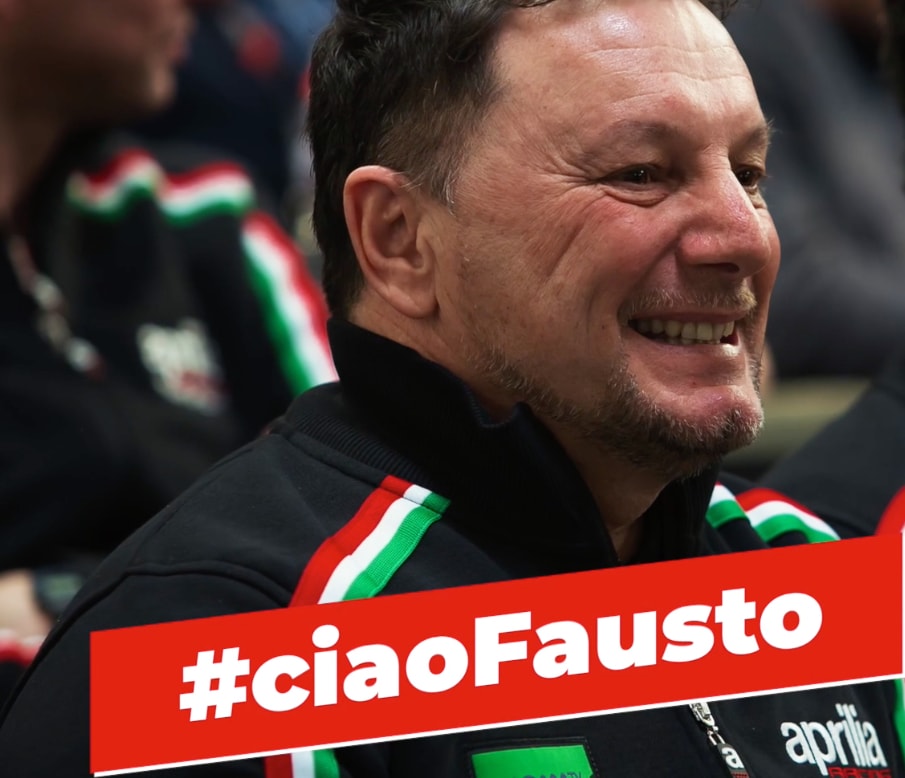 Pulling the cover off the new V4 were Aleix Espargaró and Lorenzo Savadori, the pair of riders who will be tasked with racing the new prototype. A bike that represents the natural evolution of the 2020 project, a new beginning conditioned last year by the outbreak of the Covid-19 pandemic which hampered the initial, fundamental phase of development. 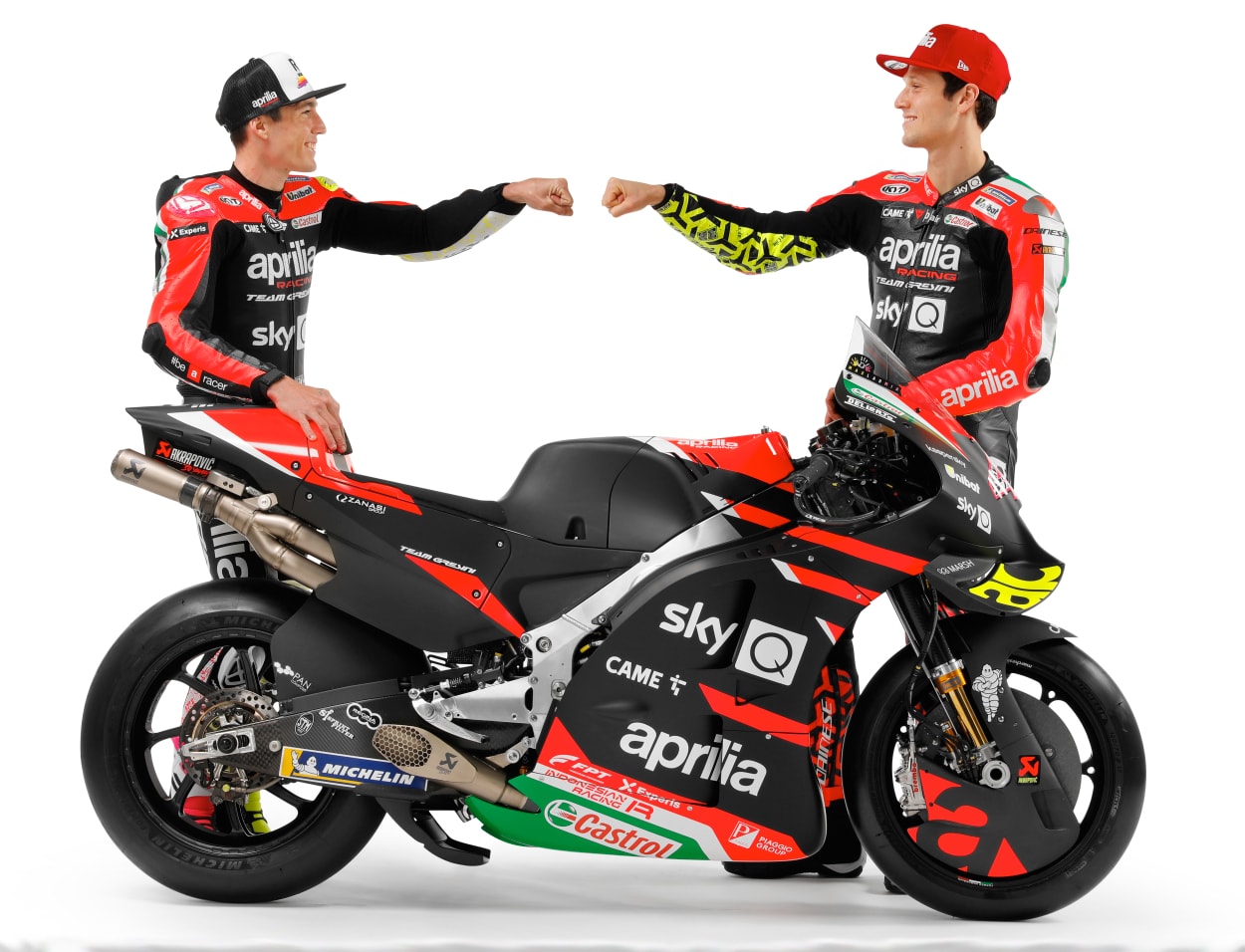 But over the winter, engineers and technicians in the racing department had the chance to work hard, with the goal of maintaining the strong points that had come out last season, while implementing new and important innovations. Some of these are rather evident, like the redesigned and more efficient aerodynamics or the carbon swingarm. Others, as is routinely the case, are hidden “under the skin”.

ROMANO ALBESIANO - APRILIA RACING DT: “Thanks to the work done over the winter and the great efforts of the racing department, we know that we have taken a big step forward, so now we are anxious to see how it measures up against our rivals. Our growth is clear, and this gives everyone a boost of confidence. Our engineers have brought to the track a further evolution of a project that has great potential still to be expressed. We made changes in every aspect, from the visible areas, like the new aerodynamics or the carbon swingarm, all the way to in depth changes to the chassis architecture, engine and electronics. The package that we will be taking onto the track in this initial stage of the season will then be developed even further based on a work programme that has substantially already been defined”. 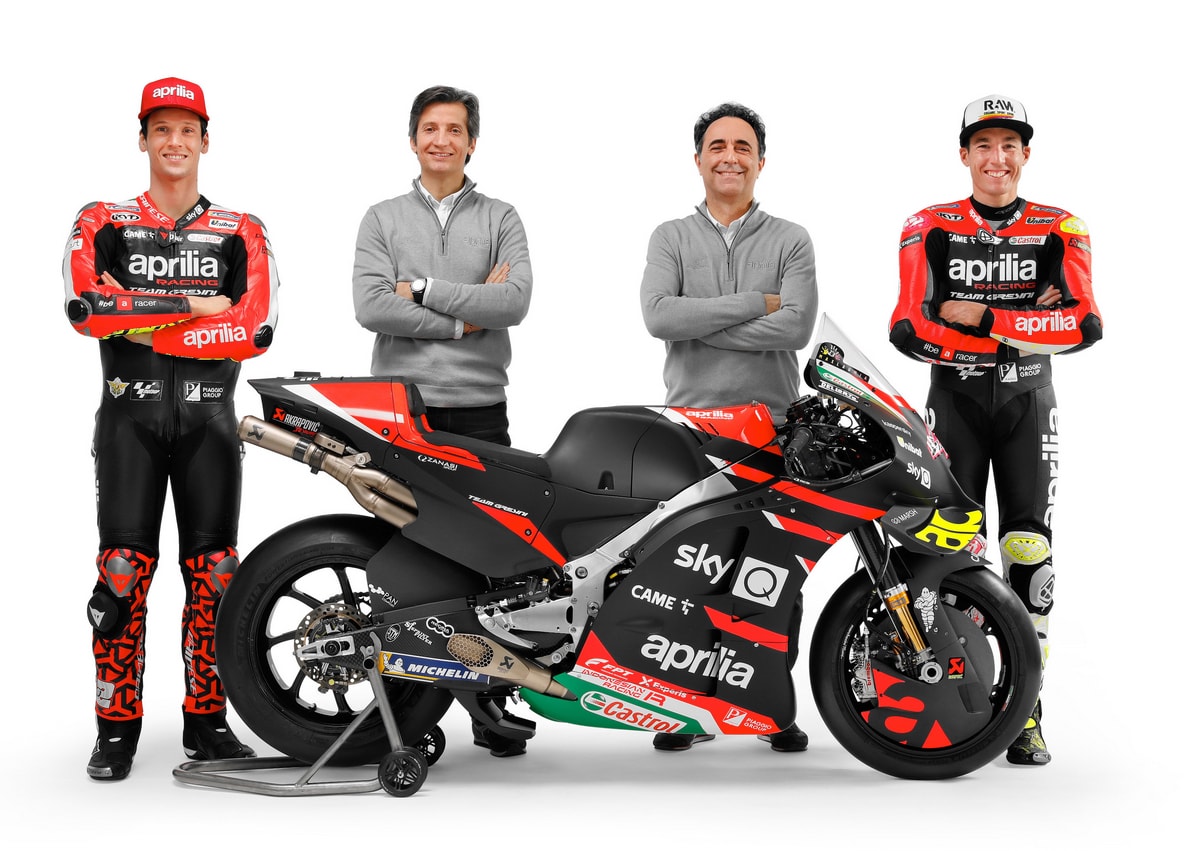 MASSIMO RIVOLA - APRILIA RACING CEO: “In first stage of the championship, we do not want to look at the others, but just at ourselves, strengthening our undoubtedly positive trend. Aleix will have an extremely important job, leading the team and not being distracted by the frenzy of immediate results. Consistency and hard work will give him the satisfaction he deserves. Lorenzo will need to grow and learn a lot, beginning with the circuits. An extraordinary talent scout like Fausto believed very much in him, so I am confident that he will give his all to repay that trust. The team is solid, ambitious and realistic. Everyone knows that the only way to keep growing is to stay the course, taking Aprilia to the point of battling for the positions that count, even in MotoGP”.

ALEIX ESPARGARÓ (bike no. 41):"It may seem trite, but I am always emotional at the start of a new season. I’m about to begin my fifth with Aprilia, a team that has by now become my second family. In fact, I can't wait to get back to work with them. The first contact with the new RS-GP was positive. The guys worked hard over the winter, but we still have a long way to go. We have a demanding and very busy championship ahead, where physical and mental fitness will need to be at top levels. I'm more prepared than ever”.

LORENZO SAVADORI (bike no. 32): “I would be remiss not to thank Aprilia for this great opportunity. I know that I have a lot to learn. It is a demanding category and still new for me. The tests and races last year gave me a chance to begin building confidence with this bike and with these tyres, but it is just a starting point with wide margins for improvement. I’ll try to transform the pain generated by the passing of Fausto, a person who believed very much in me, into positive energy. His determination and the things he taught me will accompany me in this new stage of my career”. 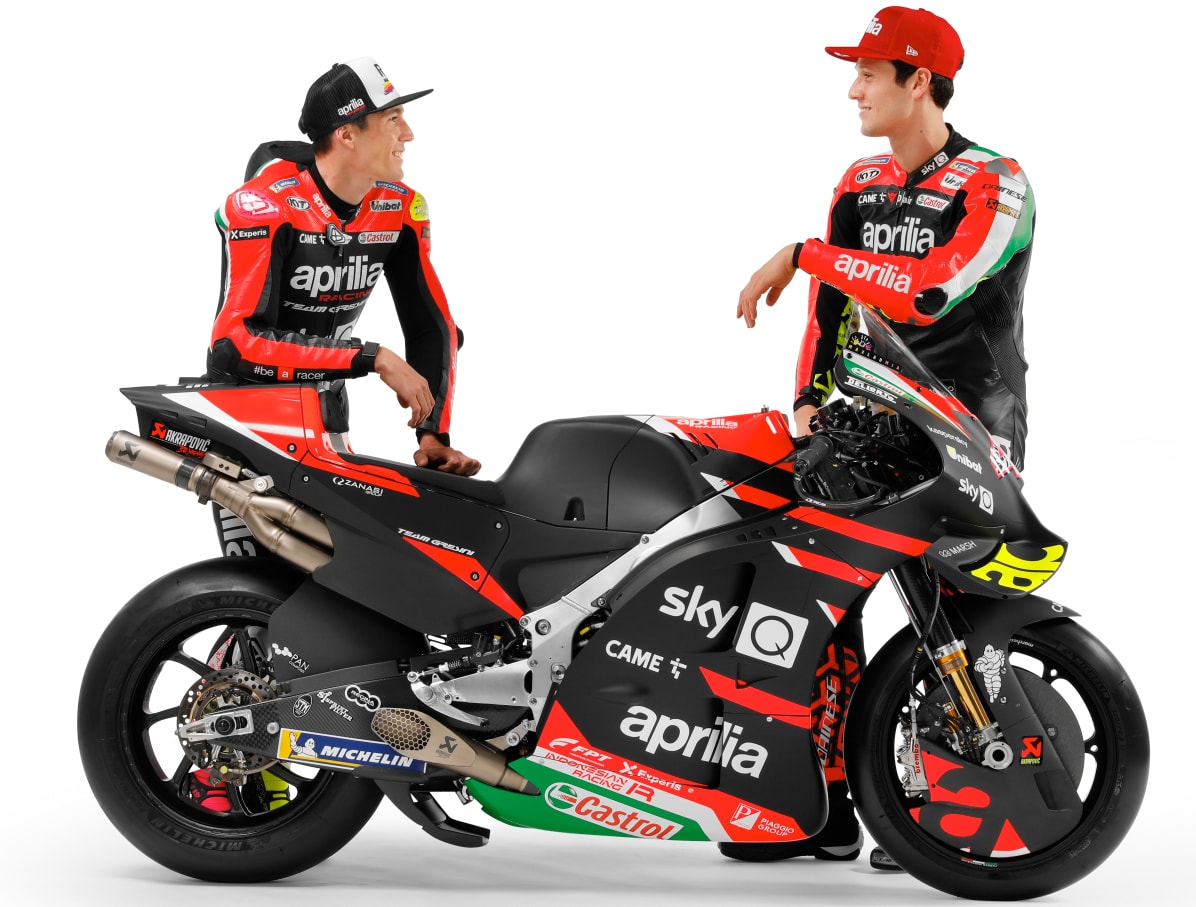