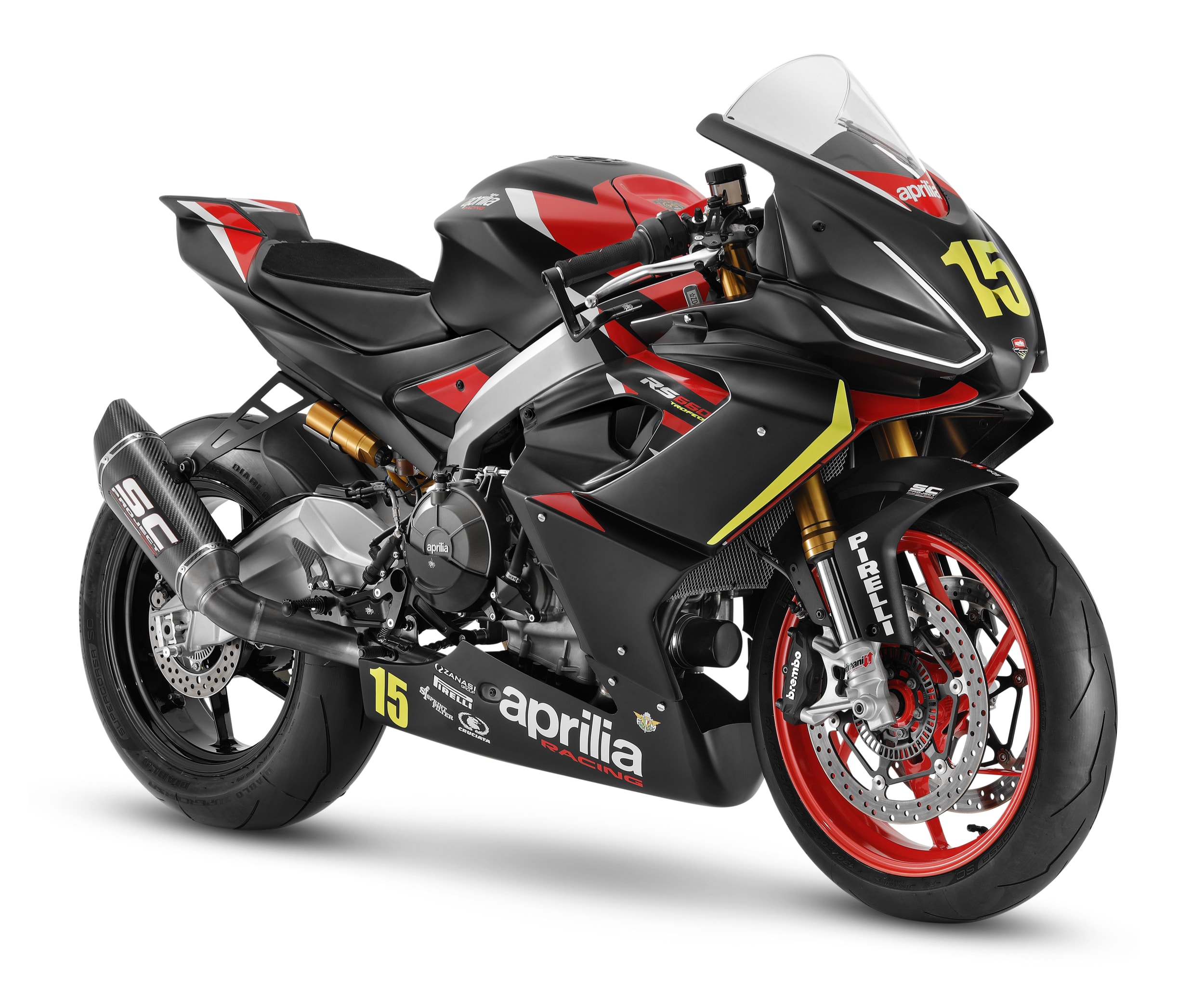 APRILIA RS 660, LAUNCHED IN OCTOBER AND ALREADY TECHNOLOGICAL EXCELLENCE IN THE MEDIUM SPORT BIKE SEGMENT, TAKES ITS EXTRAORDINARY DYNAMIC FEATURES TO THE TRACK. TWO FORMULAS FOR A UNIQUE PROPOSAL: THE “ALL-INCLUSIVE” CATEGORY, WITH THE RS 660 BIKES ASSIGNED BY DRAWING TO EMPHASISE TALENT. PLUS THE SPECIAL “CHALLENGE” CLASS, FOR THOSE WHO WANT TO PURCHASE AND MANAGE THEIR OWN BIKE, OPEN TO ALL RIDERS. SIX RACES, ALL WITHIN THE 2021 CIV - CAMPIONATO ITALIANO VELOCITÀ CHAMPIONSHIP. 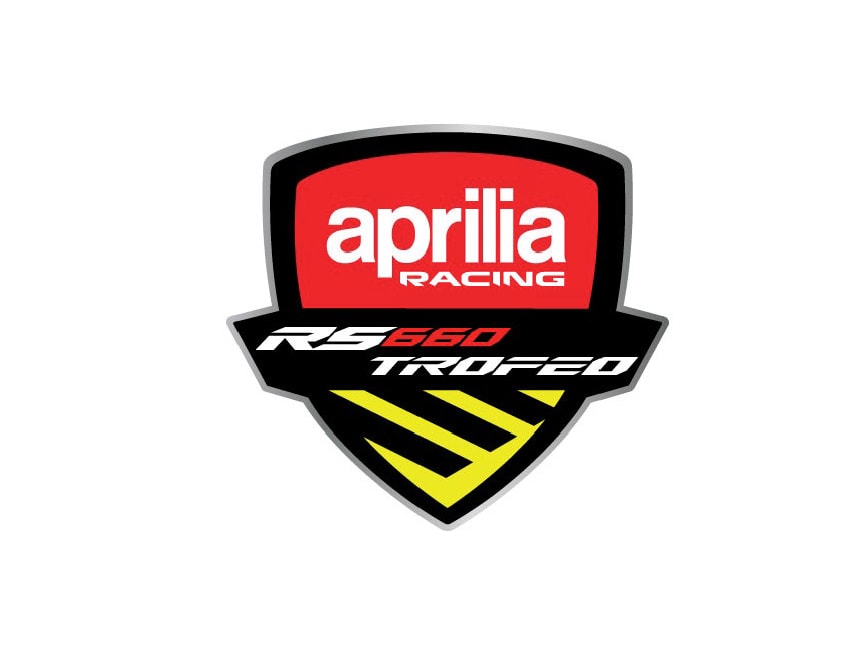 Noale (Italy), 22 January 2021 - Just three months after the commercial launch of the Aprilia RS 660, the single-brand competition dedicated to the new medium-size sport bike from Noale is born: the Aprilia Racing RS 660 Trophy. The idea of the RS 660 Trophy stems from the simple observation that the new twin-cylinder, one of the most highly anticipated bikes in recent years, capable of revolutionizing the concept of sportiness, is so lightweight and effective on the corners that, although conceived for daily street use, it is fully capable of transforming into an extremely fast and fun bike on the track with just a few modifications. 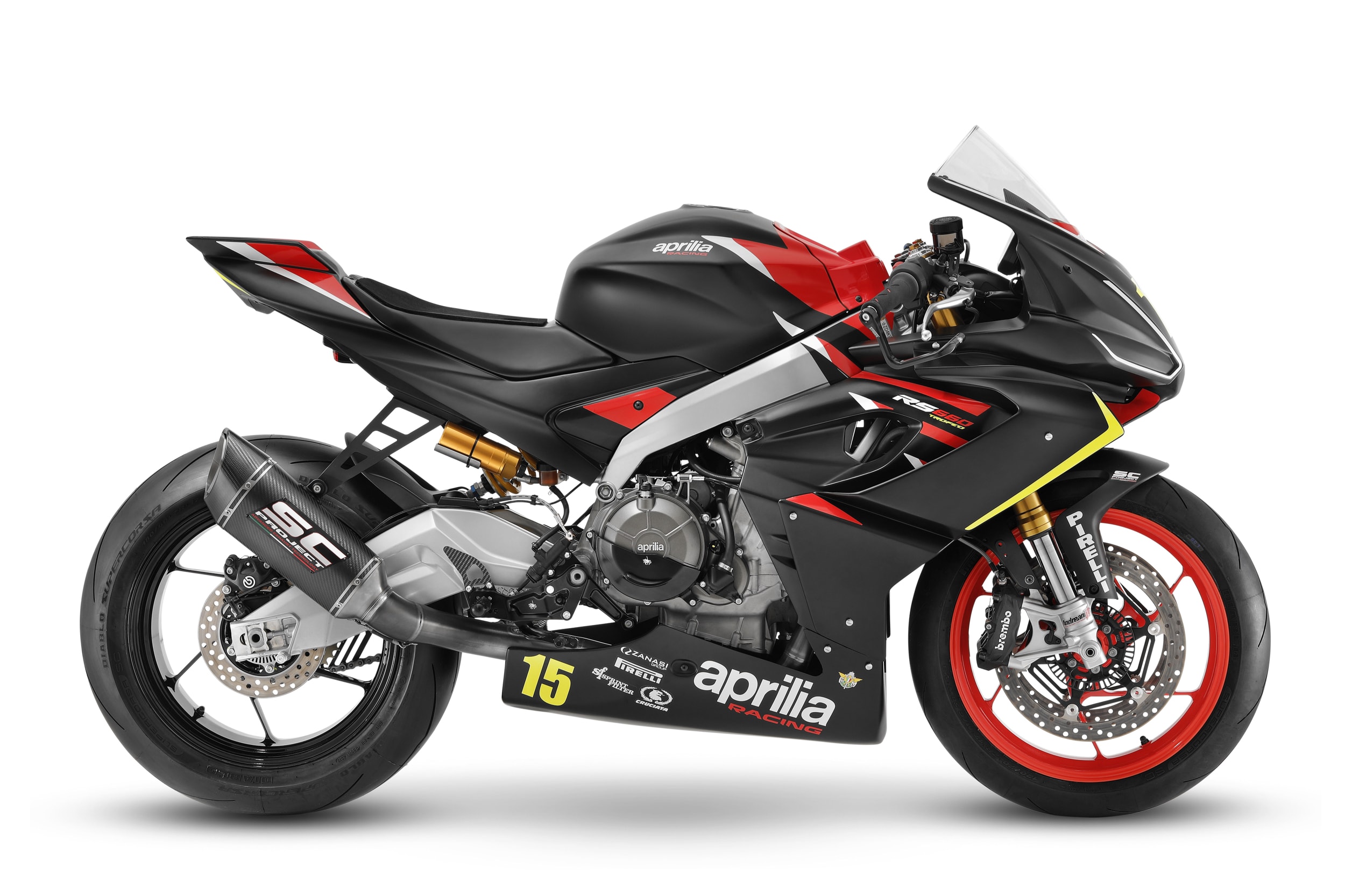 Bolstered by the positive experience a year ago with the Aprilia Sport Production project, established to take very young riders to the track, as young as 11 years old, astride the “small” RS 250 SP, Aprilia Racing, along with the Federazione Motociclistica Italiana (Italian Motorcycling Federation), organizes what can be defined as the second important step in the reborn Aprilia “School of Champions”.

“The idea of this Trophy came about in a rather natural way”, confirms Massimo Rivola, Aprilia Racing CEO, “as soon as we realized how much the RS 660 is not just nice to look at, but also great fun to ride. It is a bike with an outstanding dynamic balance and here at Aprilia Racing we decided to use it and move it straight away into a track competition that falls perfectly in line with our commitment to draw young riders into racing. Last year, the small Sport Production championship made its début. Now we want to create a consistent path of growth which, starting from the RS 250 SP, can move on to the RS 660 Trophy, intended for ambitious young people who always have the MotoGP dream in mind.”
The result is an absolutely brand-new proposal in the Italian motorcycling scene: the Aprilia Racing RS 660 Trophy will feature six races, all within the prestigious setting of the CIV - Campionato Italiano Velocità (Italian Speed Championship) and will have space for 42 bikes on the starting grid, with riders from 15 years of age. All the Aprilia RS 660 bikes on the grid will be identical, supplied “race ready” by Aprilia Racing and non-modifiable in any part.
It is the same successful formula launched with the Italian FMI Aprilia Sport Production Championship, intended to guarantee completely balanced competition and, therefore, to let raw talent shine through, rather than the tuning of the vehicles being raced.
Where this is concerned, the RS 660 Trophy goes one step further: 21 bikes - half the spots on the starting grid - will be part of the “Aprilia Racing Area”, which will manage all the tuning and service operations for the bikes in the paddock. This means that the riders will simply have to show up at the circuit to race, managed by qualified engineers and mechanics. On each race weekend, the bikes will also be assigned to the participants through a drawing, to further emphasize the equal treatment and to best highlight the talent of the best riders. Joining the “Aprilia Racing Area” costs € 34,900 plus VAT and allows the riders to focus exclusively on riding.
Aprilia Racing will follow each and every registered rider closing, grooming them for growth and promoting the talent of the youngest and most deserving. The grand prize for the Trophy champion will also be an Aprilia RS 660, street version. 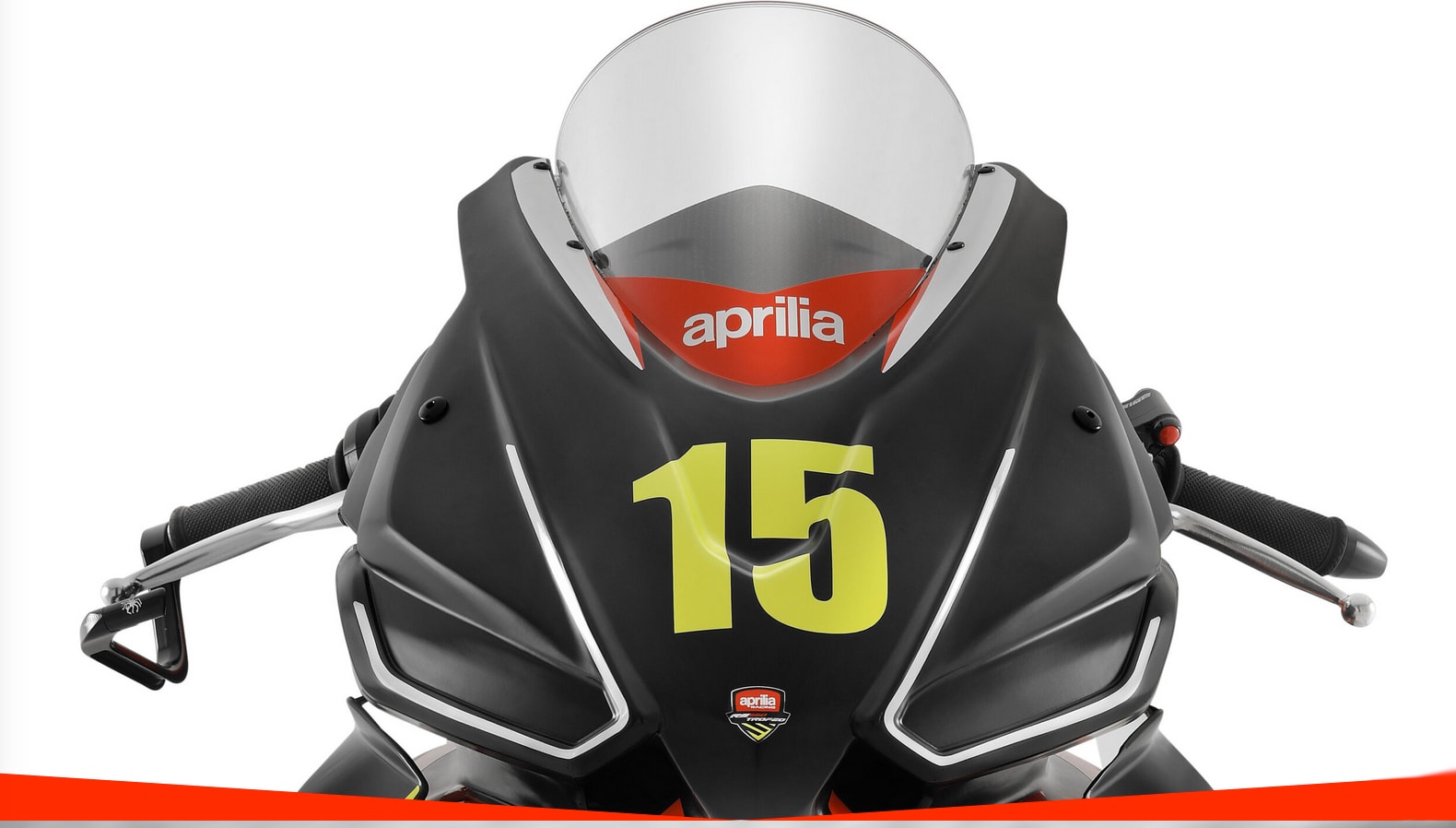 But the RS 660 is also open to all those who want to autonomously manage the track and their respective bikes, which can be purchased exclusively in the “race ready” version at a cost of € 17,950, VAT included. This second solution is also more suited for more or less expert gentlemen riders of all ages who are looking for a fun and accessible trophy.
A special race category and separate championship will be reserved for them, called the “Challenge” class.
To make the Trophy version of the RS 660, the Noale Racing Department made some targeted changes to the already outstanding street version, using the best racing components on the market. Öhlins suspension, Brembo brakes with dedicated racing pads, specific air filter from Sprint Filter and SC Project exhaust, as well as the Cruciata Racing fibreglass fairing and Spider Racing components. Paintwork will be handled by Carrozzeria Zanasi, already partner to Aprilia Racing in MotoGP and for the special series. Ergonomics have been adapted to track use, with lower semi-handlebars and set-back footpegs. The tyre supplier is Pirelli, with Supercorsa V3 SC1 rubber. The race-ready outfitting is the same for everyone and only the usual adjustments to the setup will be permitted, without replacing or modifying any parts.
The Aprilia RS 660 Trophy version is an extremely lightweight bike with an outstanding weight/power ratio in order to highlight riding skills and provide maximum fun on the track. Power comes in at 105 HP, with an amazing 153 kg dry weight.

A “SPECIAL DAY” ON THE MISANO CIRCUIT:
THREE RIDERS & RS 660. ON THE TRACK: ESPARGARO', SAVADORI AND SMITH

“With the RS 660 Trophy, we are offering a top-quality product at the most competitive cost possible, explains Romano Albesiano, Aprilia Racing Technical Director. “This is a bike with potential that is not only significantly superior to the SuperSport 300 bikes, but even able to do lap times very close to the more powerful SuperSport 600 bikes, especially on more flowing tracks. Summing all these elements - product quality, performance and lap times, rider talent - we believe that ours is an absolutely unique proposal.”
“Despite the fact that the RS 660 was created for primarily street use, its competitive DNA shone through clearly straight away, continues Albesiano, “The engineers and tester who developed the factory version, the same ones who worked on the Aprilia RSV4, did an excellent job, fully achieving the goal of creating a bike that can be used as a daily rider on the streets, but which also has an outstanding base to obtain an effective track bike, thanks to its light weight and optimum balance.”
The first edition of the Trophy will be within the prestigious and already full schedule of the CIV Championship and will include six races on the best Italian racetracks, held over five weekends. It will start in Misano on 16 May, a followed by the dates in Imola (4 July), Misano (25 July - double race), Mugello (29 August) and Vallelunga (10 October).
During the month of March, a pre-season test is scheduled where the riders who have already registered in the Aprilia Racing Area, as well as all riders interested in participating in the Trophy, will be able to test the Aprilia RS 660 Trophy. 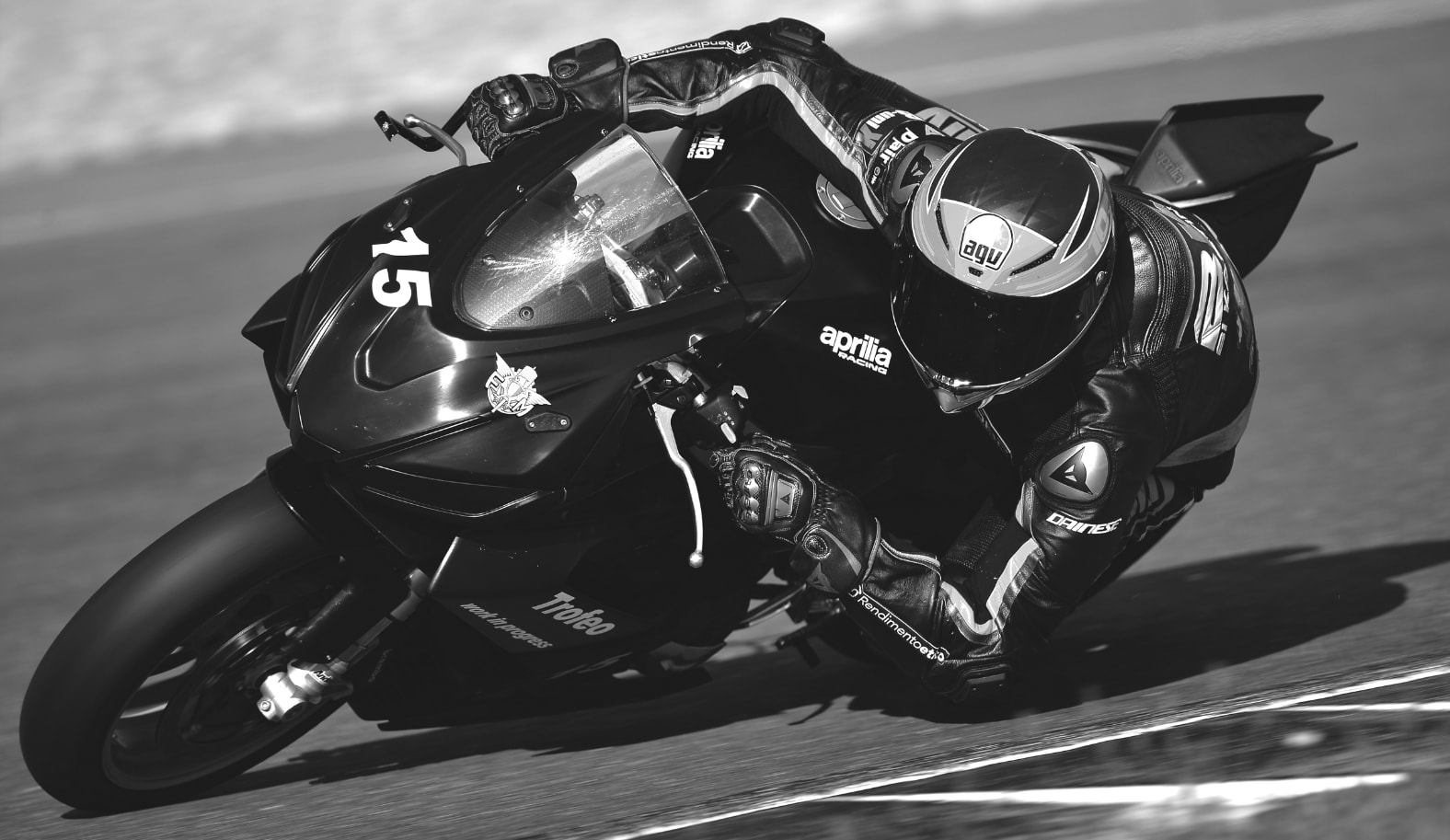