APRILIA RACING SIGNS AGREEMENT WITH DORNA THROUGH 2026. FROM THE 2022 SEASON, THE RS-GP FACTORY BIKES WILL BE ON THE TRACK WITH THE OFFICIAL APRILIA RACING TEAM 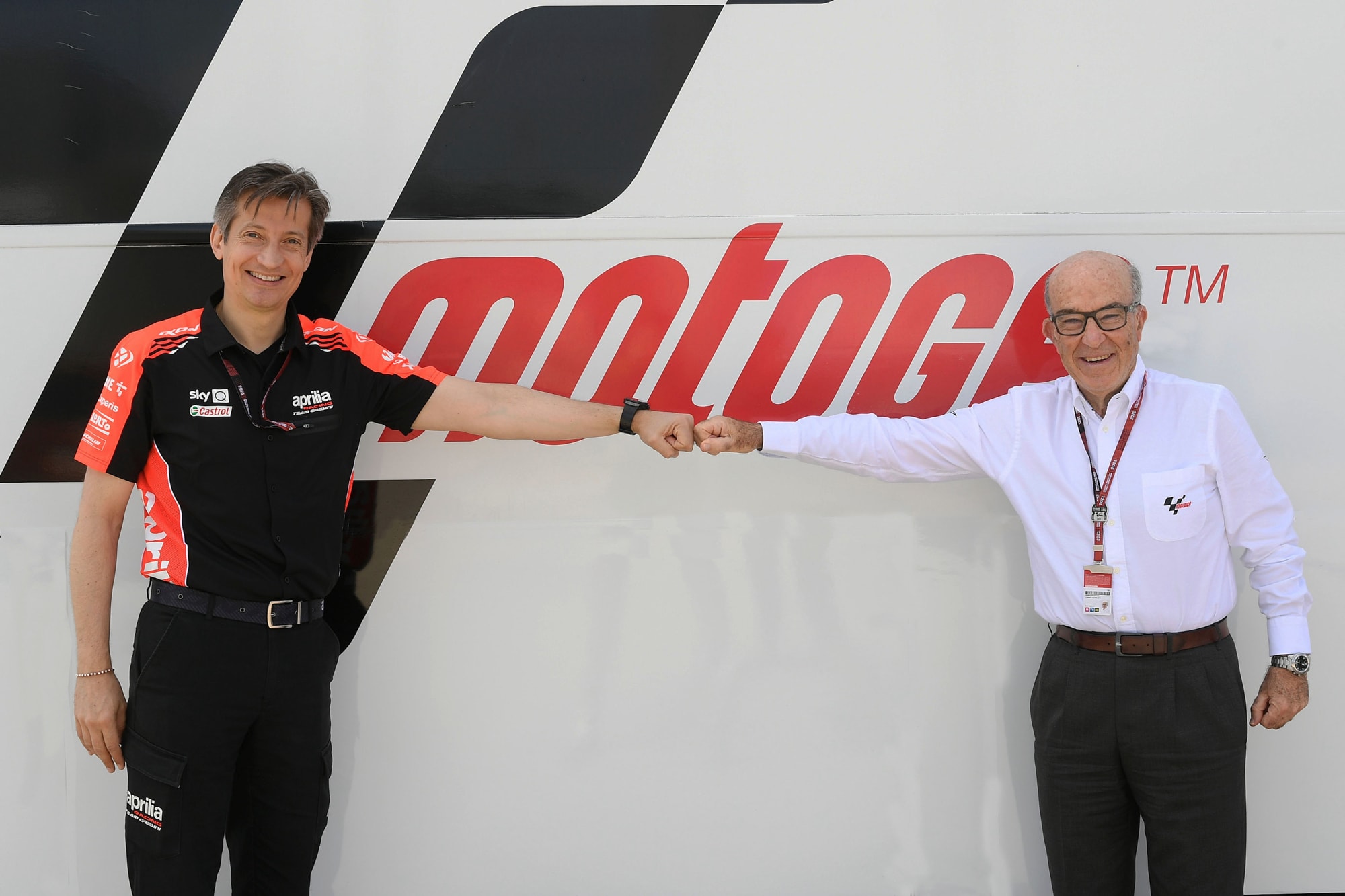 29 April 2021 - Aprilia Racing is pleased to announce the signing of an agreement with Dorna Sports to participate in the MotoGP World Championship through 2026.
For the next five seasons, Aprilia Racing will be one of the protagonists in the top motorcycle racing competition in the world, thereby reaffirming its mission of technological research and experimentation excellence within the Piaggio Group.
From 2022, Aprilia Racing will participate as manufacturer, with the official RS-GP machines on the track as a factory team, as the agreement has ended with Gresini Racing, which accompanied Aprilia Racing’s participation in the championship since 2015. In the moving and heartfelt memory of Fausto, Aprilia Racing holds team Gresini in the highest regard and wishes to thank them for these years together. 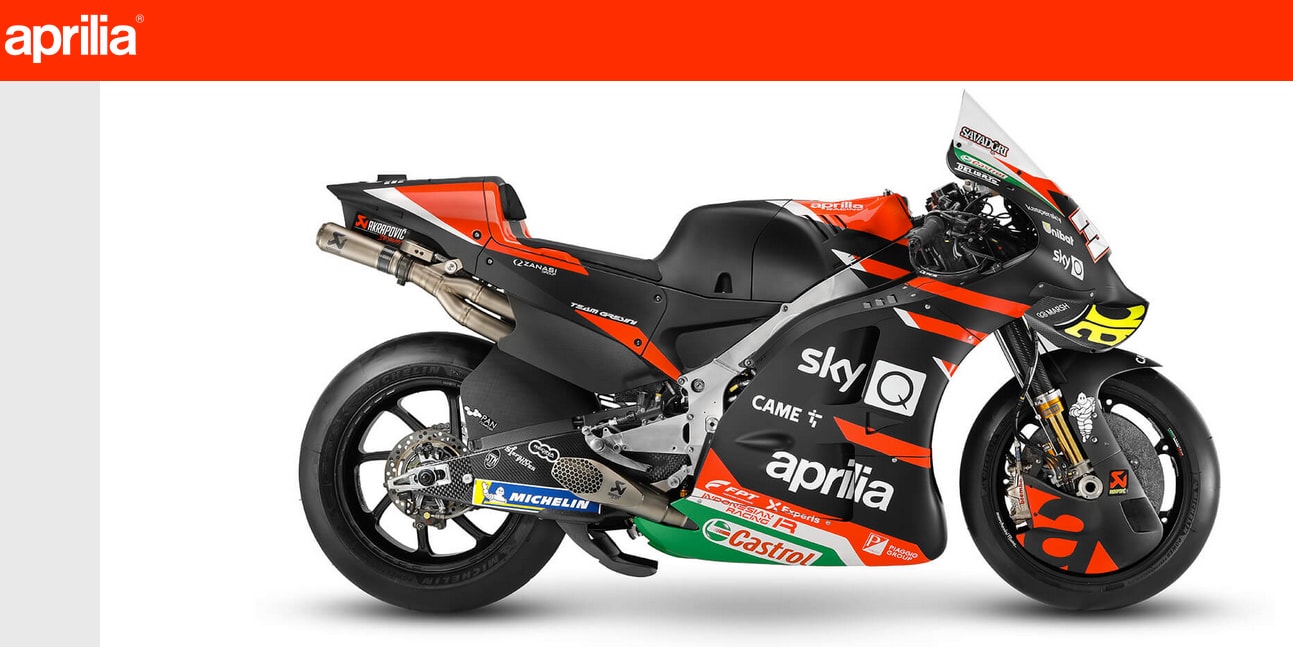 Aprilia is one of the most victorious brands in motorcycle racing history, having won an astonishing 54 world titles in its young career, 38 in World Championship GP Motorcycle Racing, 7 in Superbike and 9 in Off Road disciplines. With 294 GP wins, it is the European brand that has won the most races in World Championship GP Motorcycle Racing. Many of the riders who have made motorcycling history in the last few decades have made their début on the bikes from Noale. These World Champions include Max Biaggi, Loris Capirossi, Alex Gramigni, Valentino Rossi, Jorge Lorenzo, Casey Stoner, Manuel Poggiali, Marco Simoncelli and Alvaro Bautista.
Massimo Rivola - Aprilia Racing CEO: “I am obviously happy about this agreement. From next season, we will be participating as Aprilia Racing Factory Team. This opens up new and hopefully great opportunities and we will need to manage many additional responsibilities. It is a natural step that we are taking just as we are beginning to see the first positive signs from the hard work we’ve done in Noale, first and foremost on our structure, and consequently on our beautiful RS-GP bikes. At this time, our thoughts and gratitude go to Gresini Racing, who have accompanied us in these years. In heartfelt memory of Fausto, I wish the team and all its staff the best success for the coming seasons.” 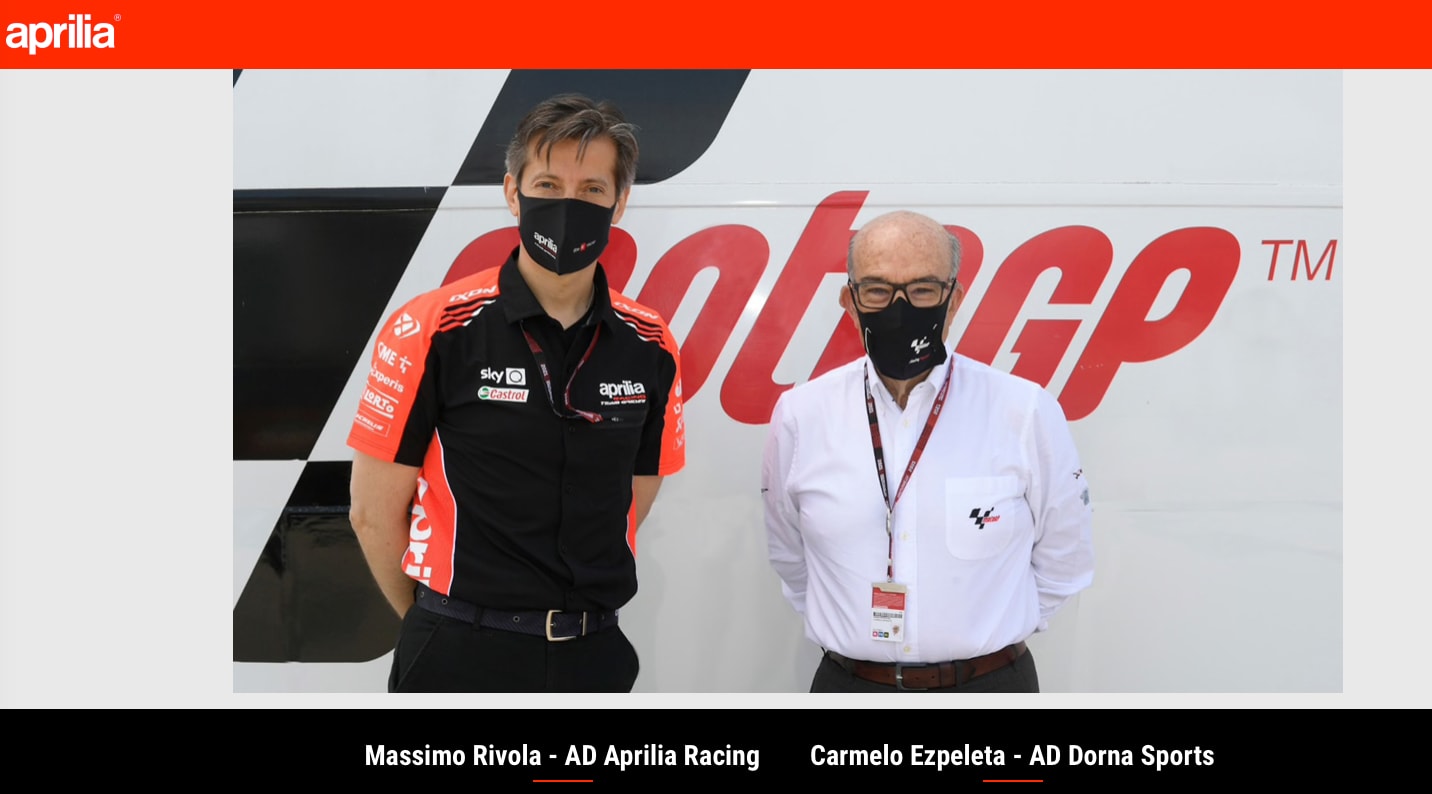 Carmelo Ezpeleta - Dorna Sports CEO: “Dorna and Aprilia extending their partnership is really positive news for the FIM MotoGP World Championship. We are excited to continue this association with the Italian manufacturer in a project that has set many fascinating goals, not just in racing performance, but in overall technical excellence of the championship.” 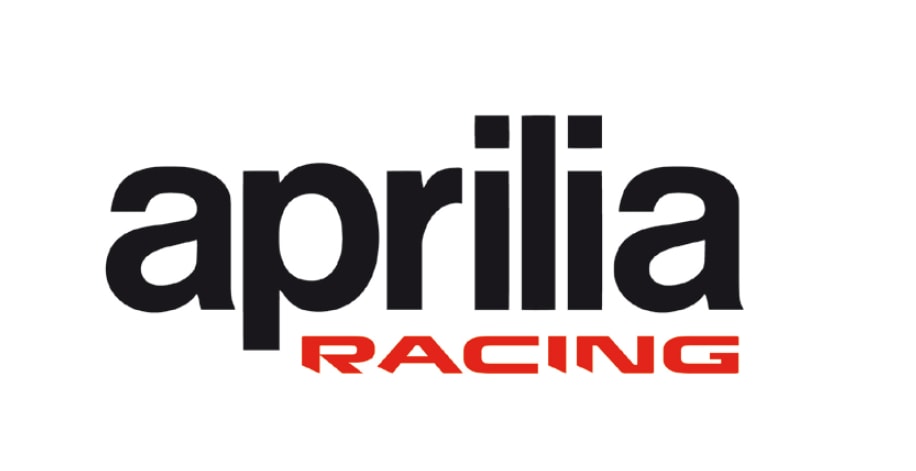 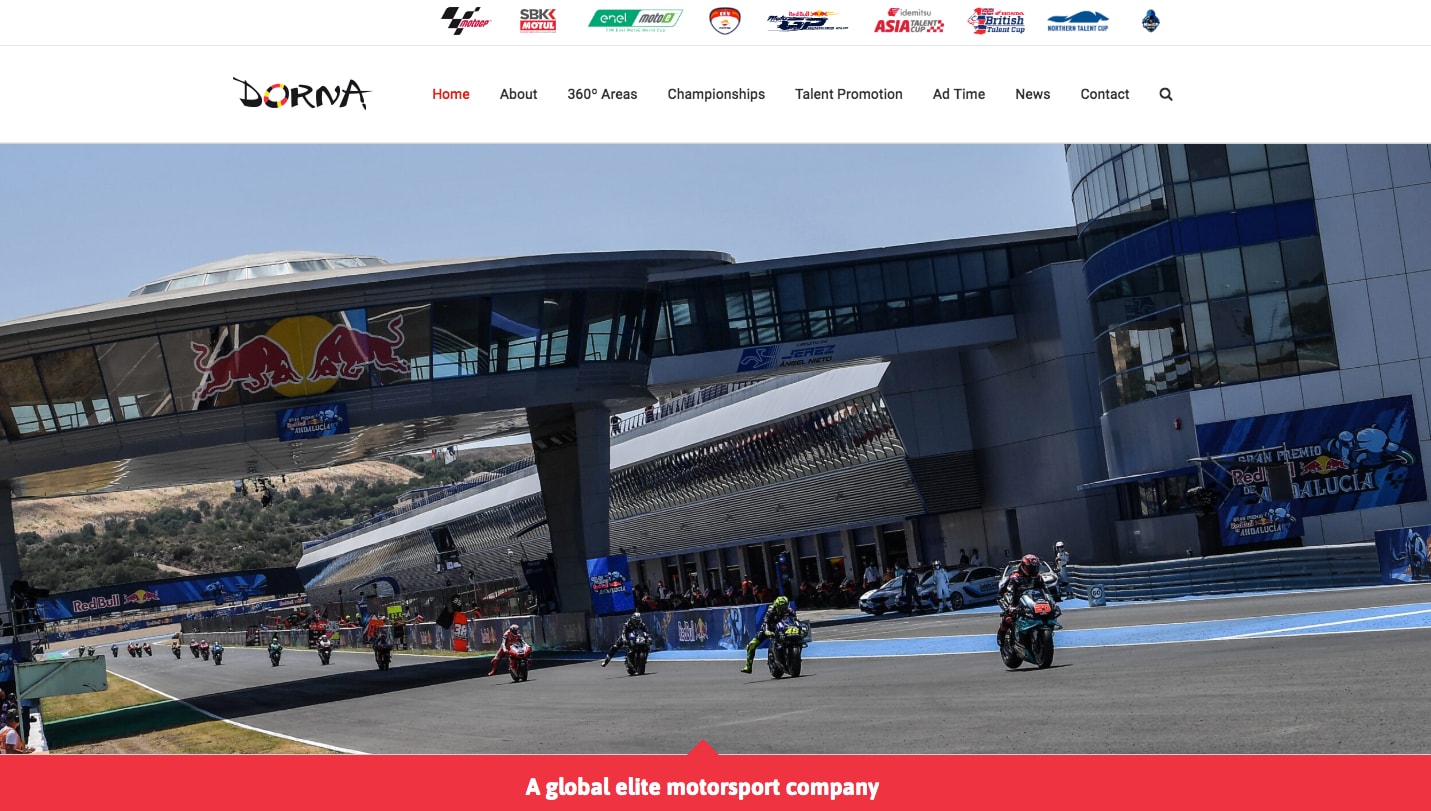