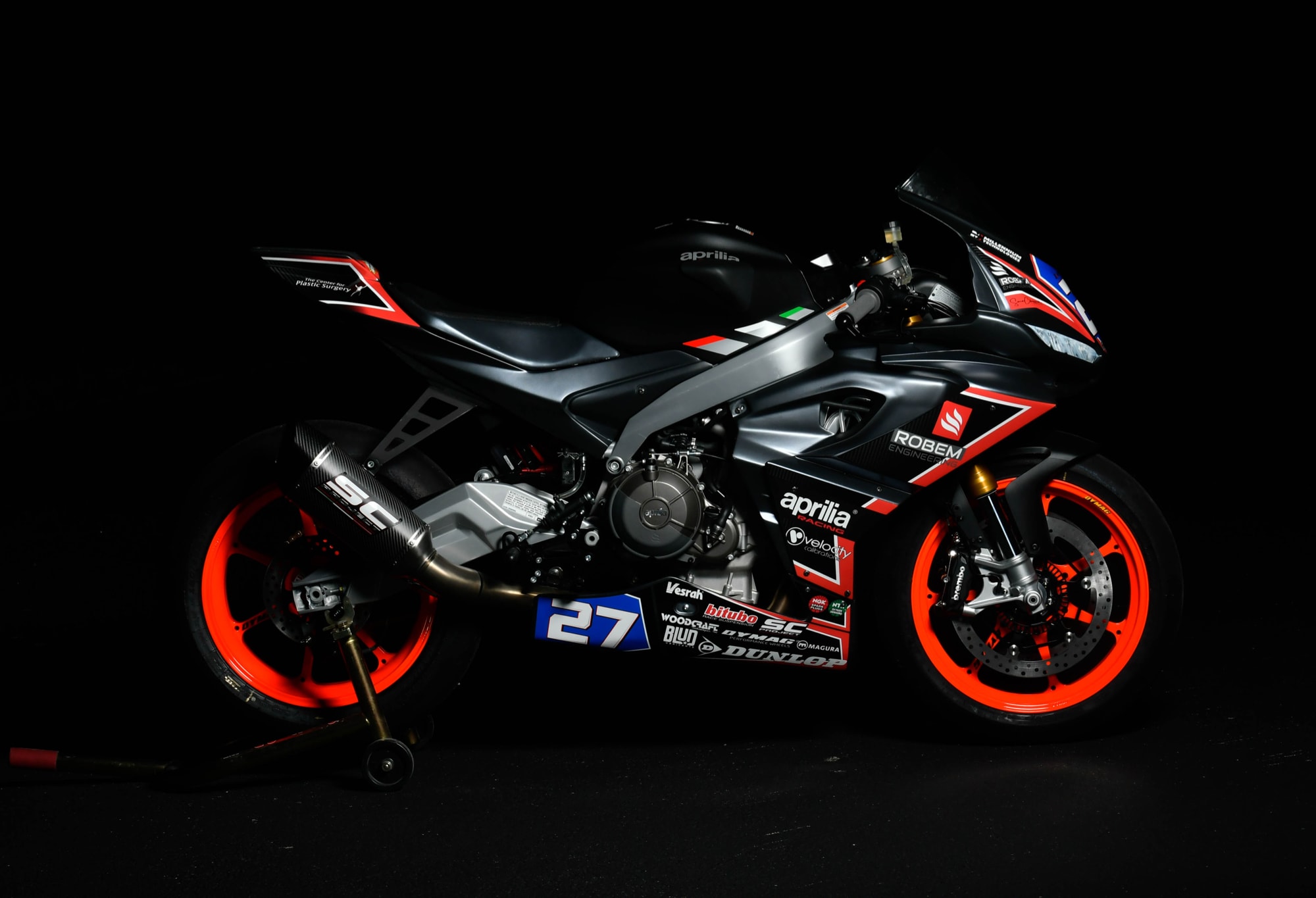 Atlanta (USA), 28 April 2021 - With the season opener of MotoAmerica beginning in Road Atlanta April 30, Aprilia, with the recently homologated RS 660, will arrive to the series with over 10 riders registered across the national Twins Cup championship to compete. The middleweight twin-cylinder class with 4-stroke models ranging 600-800cc, continues to be one of the most exciting series, attracting a growing grid of riders across manufacturers.
“With over 28 riders entered for this weekend’s Twins Cup race, it’s exciting to see that the new Aprilia 660 will take to the track with 8 competitors for the new machines’ debut in MotoAmerica,” explains Chuck Aksland, Partner in MotoAmerica, “We’ve followed the progress of the RS 660 since it was announced, and our staff worked hand in hand with Aprilia to ensure that it could compete this season.  Not many people have seen the bike on-track and the anticipation certainly brings another level of excitement to the weekend. We truly welcome Aprilia into our paddock and look forward to working with them for seasons to come.” 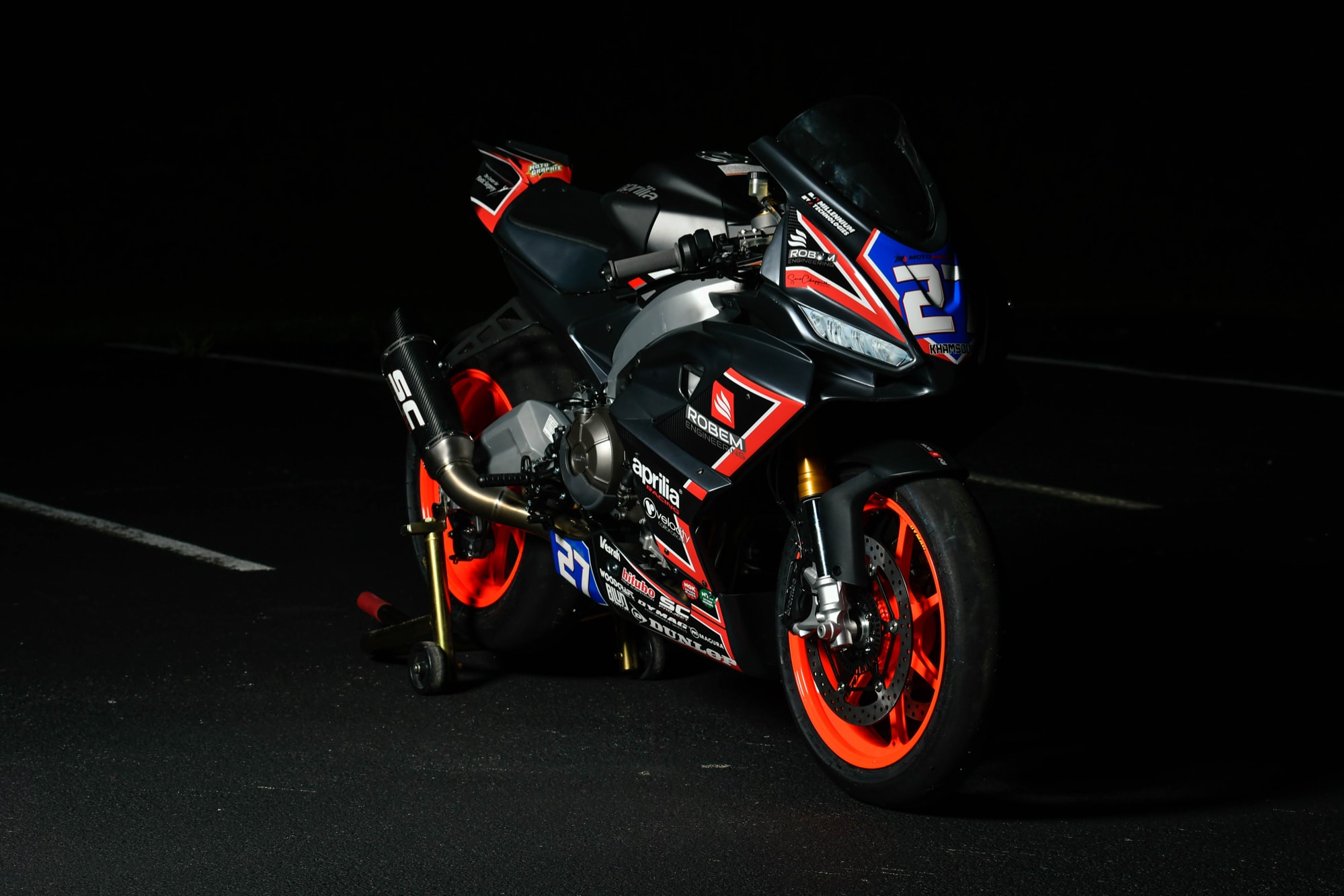 “We are pleased to see the excitement around this new model, and interest to be a part of Aprilia’s history on the track,” says Mario Di Maria, President and CEO of Piaggio Group Americas, “The RS 660 is a new chapter for Aprilia and our racing history, which we are eager to follow and support as it competes in the US.”
Aprilia Racing is the most advanced technological expression of the Piaggio Group. With 294 Grand Prix races won in Road Racing World Championship, Aprilia holds the record for the most wins of any European manufacturer in the history of maximum motorcycle competition. These are joined by an impressive 54 world titles: 38 in Road Racing World Championship (20 in 125 and 18 in 250), 7 in Superbike (Rider and Manufacturer double win in 2010, 2012 and 2014, manufacturers in 2013) and 9 in Off Road disciplines (7 in Supermoto and 2 in Trial).
From its inception, Aprilia Racing has represented an extraordinary forge for new talent. Astride the bikes from Noale, almost all the riders who have made history in motorcycle racing in recent decades have made their début, raced and won. These include Max Biaggi, Loris Capirossi, Valentino Rossi, Jorge Lorenzo, Casey Stoner, as well as Manuel Poggiali, Marco Simoncelli, Alvaro Bautista. The twin-cylinder 659cc creates a new and exciting opportunity for riders to compete on an Aprilia, consistently praised for its chassis and engine capabilities over its history. 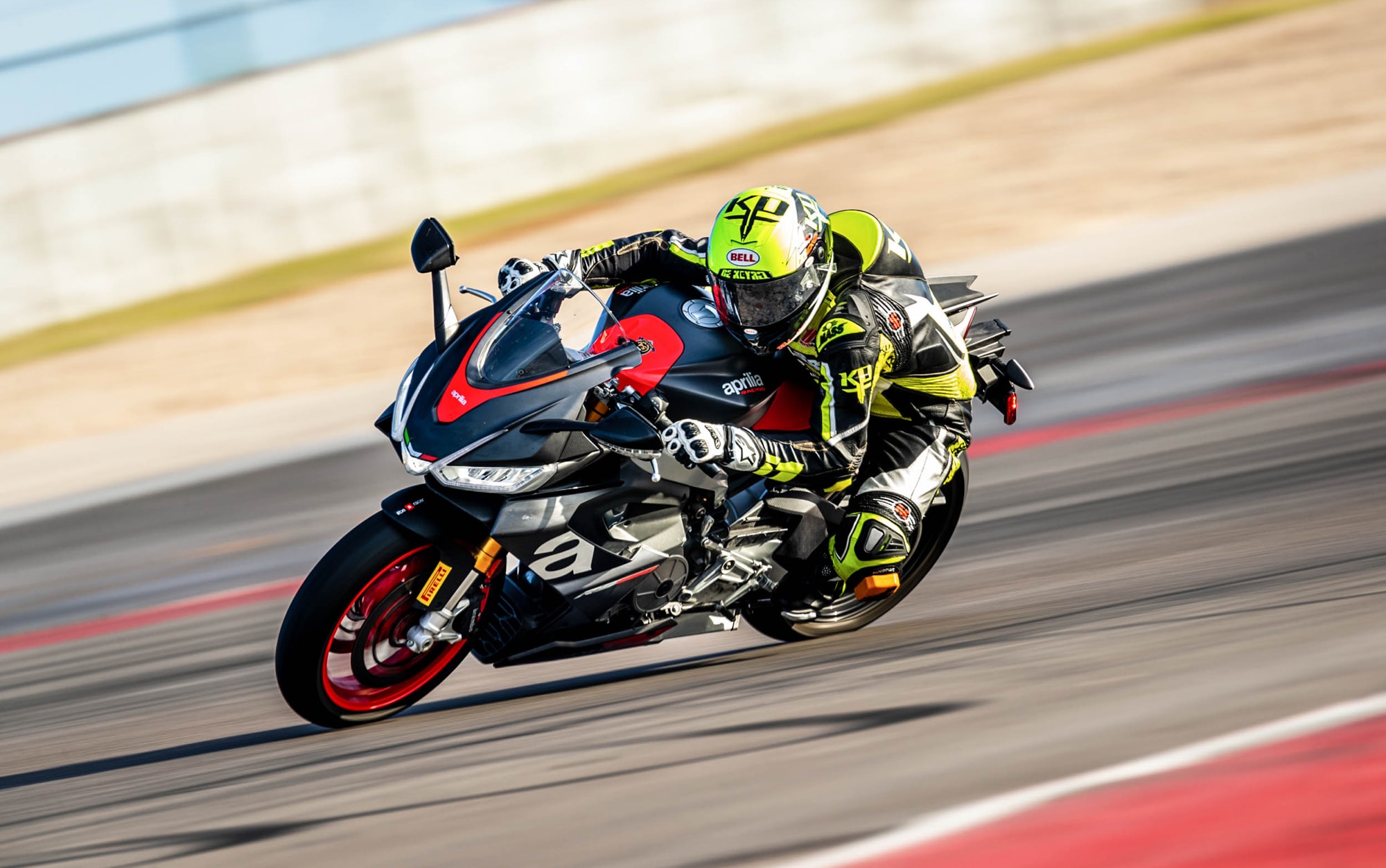 The rider Kaleb De Keyrel on Aprilia at COTA (Circuit of the Americas). Here his official video.

Among the teams competing in MotoAmerica is Robem Engineering, which has competed in the Twins Cup championship since 2018, is one example of teams which has made the switch to Aprilia RS 660’s for this year. With riders Kaleb DeKeyrel (23 years old, finished 2nd in Twins Cup 2020), Hayden Schultz (23 years old, finished 3rd in Twins Cup 2020), and Toby Khamsouk (18 years old, finished 5th in Twins Cup 2020), riding for Robem, Team Owner, Matthew Spicer explains their decision, “When we saw Aprilia launch their new middleweight, I knew there could be some unique opportunities with the machine, which already makes good power. Knowing the history of the brand, we were happy to confirm expectations of a promising chassis and general geometry. It’s a gamble to switch to a bike that has not yet been raced competitively, but we’re optimistic the RS 660 will quickly evolve to be a top challenger in the championship.”
Internationally, Aprilia Racing has launched a spec-race series in Italy, aimed to grow young riders into champions, called the Aprilia RS 660 Trofeo (Trophy). As a spec machine with racing in mind, the model has been optimized to deliver 105hp, and trim away weight to 337 pounds with bodywork, forged wheels and race-derived components. The series will begin in May at the Misano circuit and will have a field of riders starting from 15 years old. Similar to that of the MotoAmerica Twins cup, the class is attractive to younger riders, and budget conscious race teams. 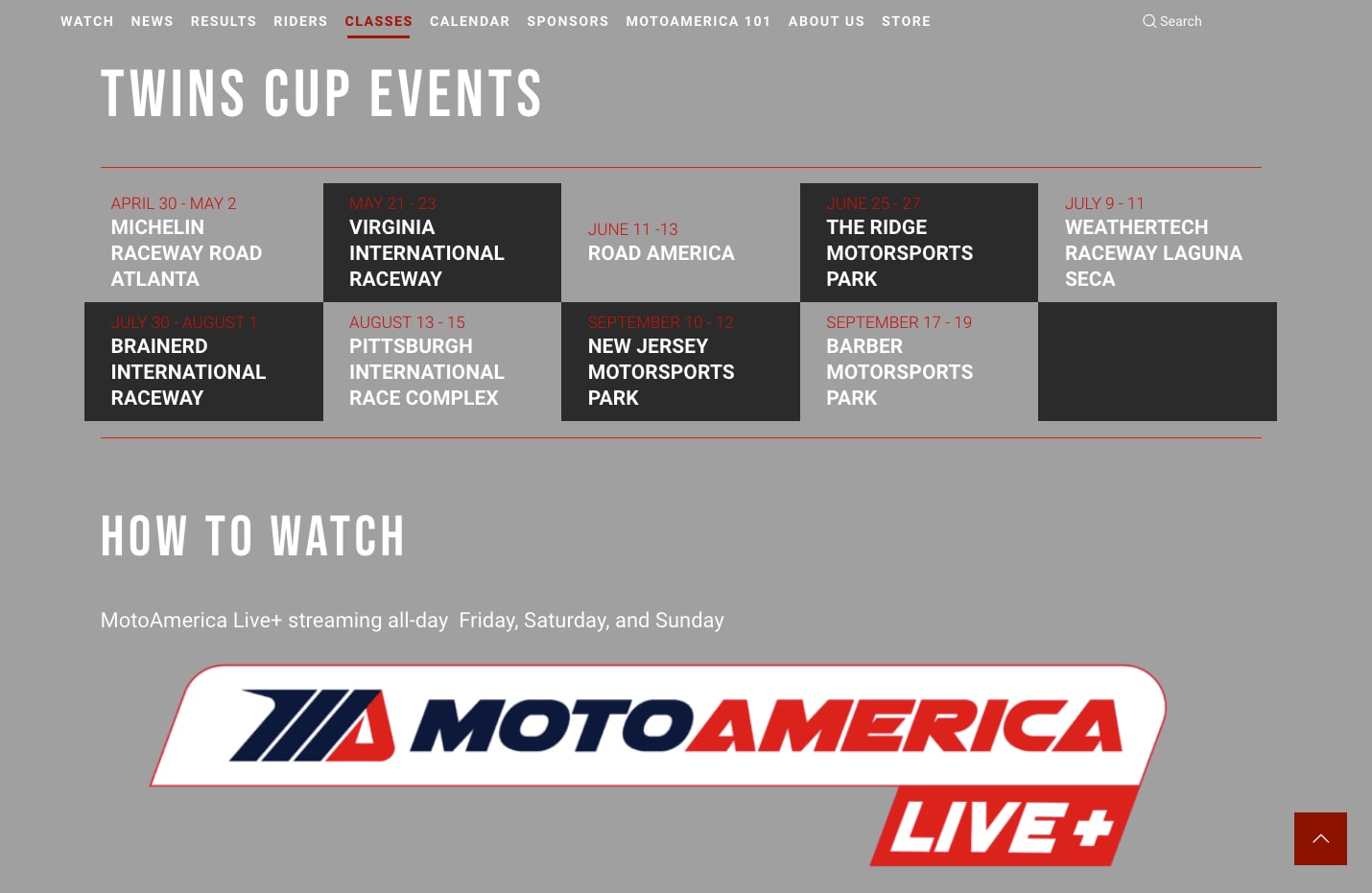