APRILIA RSV4 CONFIRMS ITS DOMINATING STATUS IN THE SUPERBIKE CATEGORY: LORENZO SAVADORI AND NUOVA M2 RACING ARE CHAMPIONS IN THE CIV PREMIER CLASS 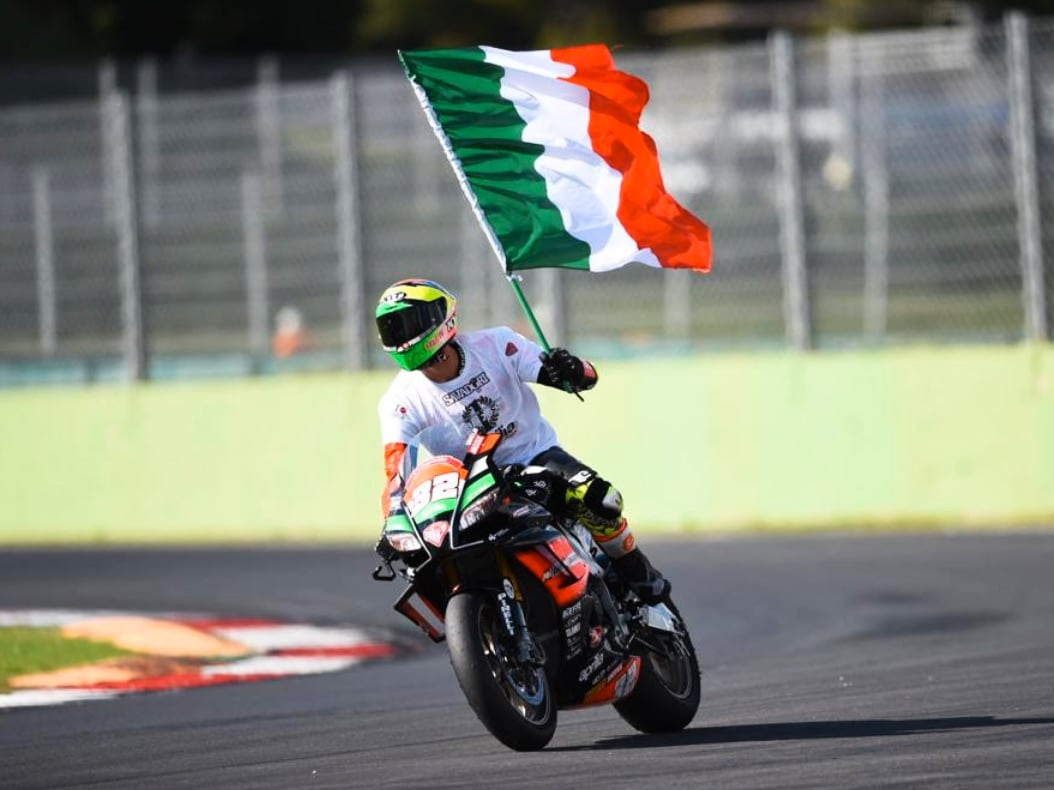 THE EXTRAORDINARY ALL-ITALIAN V4 CONTINUES TO ASTONISH AND ADDS ANOTHER TROPHY TO ITS INSUPERABLE COLLECTION EARNED WITH TEN YEARS OF DOMINATION ON TRACKS ALL OVER THE WORLD AND IN EVERY CATEGORY. 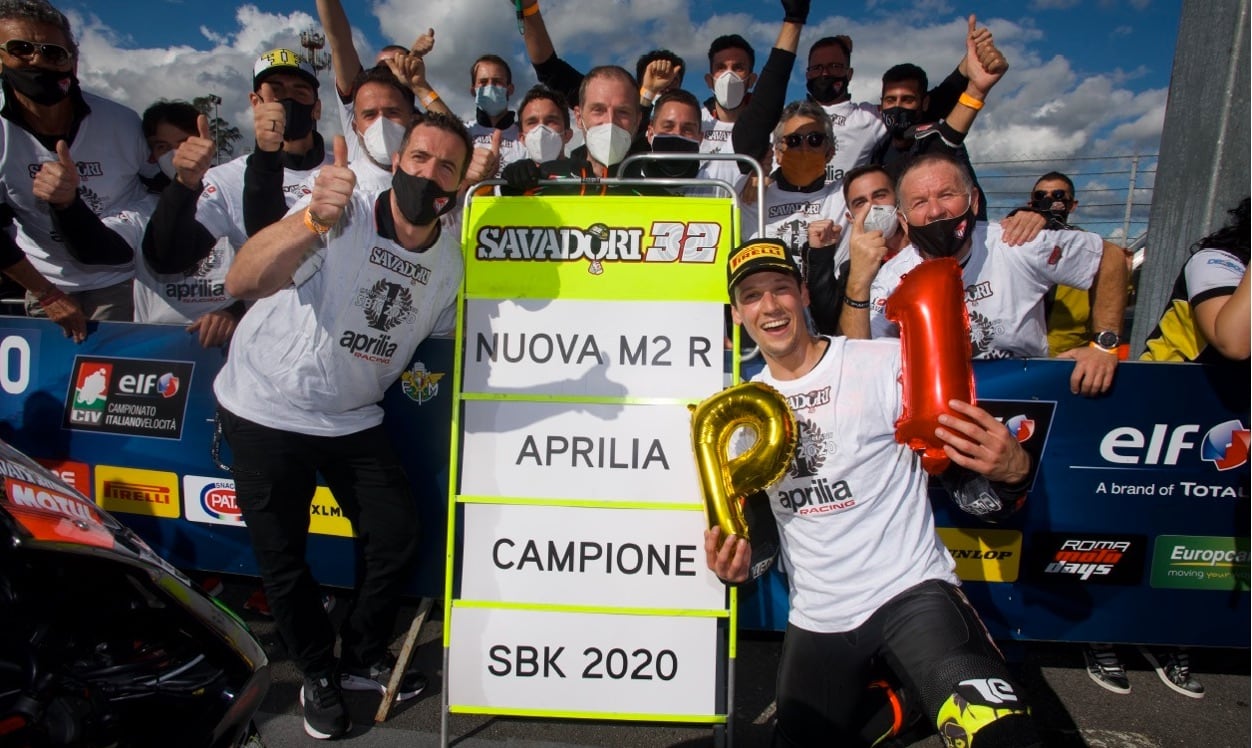 17 October 2020, Vallelunga Circuit (Italy) - The trophy case of the Aprilia RSV4, a bike that has already been christened on the track and by critics as the dominator of modern superbikes, is enriched with its umpteenth addition. Lorenzo Savadori and the Nuova M2 Racing Team took the latest evolution of the Italian project to the front of the pack in the 2020 CIV (Italian Speed Championship) Superbike category at the end of a triumphant season, with one left still left to go.
The title arrived with a win today on the Vallelunga track, where Lorenzo dominated from the first to last lap, finishing with an advantage of more than 17 seconds over his closest rival. In all, Lorenzo took home five wins and two second-place finishes other the course of seven rounds on extremely different tracks and always against high-calibre rivals and bikes. 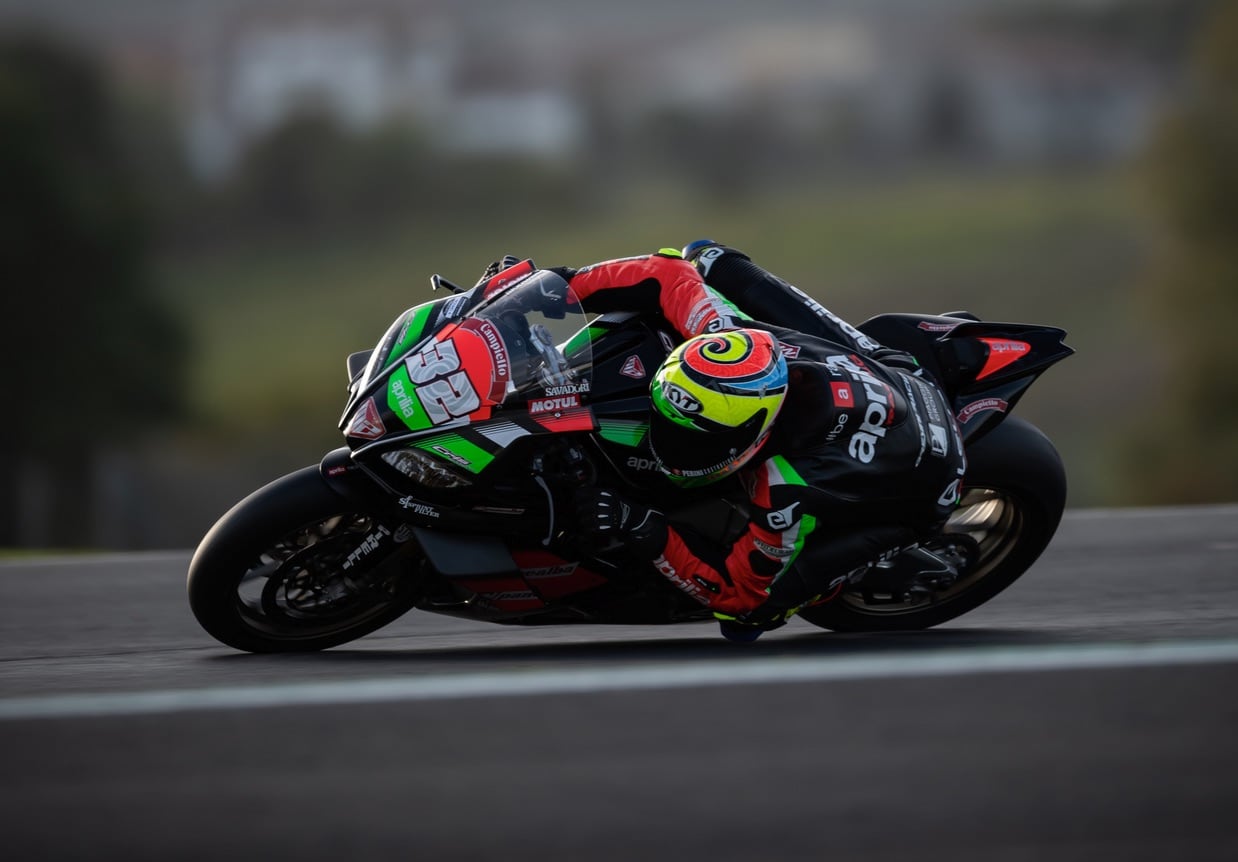 The RSV4 story is quickly becoming the stuff of legends: from 2010 to 2014 it literally dominated in World SBK, winning 7 World titles (3 Rider and 4 Manufacturer) and taking 52 wins and 122 podiums. These trophies are joined by the Superstock 1000 FIM Cup title won by none other than Lorenzo Savadori in the 2015 season. In CIV, the first confirmation had arrived in 2010 in the Superstock 1000 category with Ivan Goi. And every weekend, this extraordinary, all-Italian bike can be found dominating its category in national championships all over the world. This is the result of an extraordinary project which, constantly evolving in line with cutting-edge technology, has paved the way for the RSV4 to win on tracks and in specialized press comparative tests for more than ten years.

For Lorenzo Savadori, this is the third victory with Aprilia after his CIV 125 win in 2008 and the FIM Superstock Cup victory, also astride the RSV4 and with Nuova M2 Racing, in 2015. The lad from Cesena has an extraordinary feeling with the V4 from Veneto, alternating his efforts in the Italian Championship with those of Aprilia Racing tester in MotoGP. 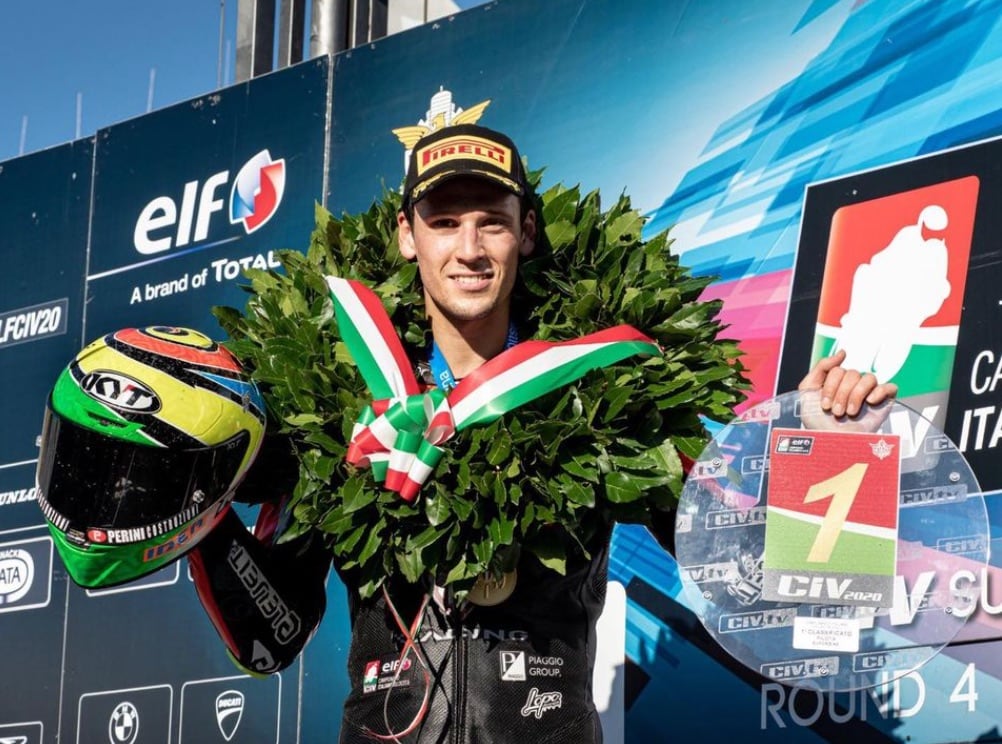 Lorenzo Savadori (bike no. 32): “I'm super happy! We achieved our goal, thanks to everyone on Team Nuova M2 and Aprilia Racing who followed me. It is extremely thrilling to take the RSV4 back to the front of the pack. Especially in a championship like the Italian one, where the rivals, riders and teams have reached a very high level. 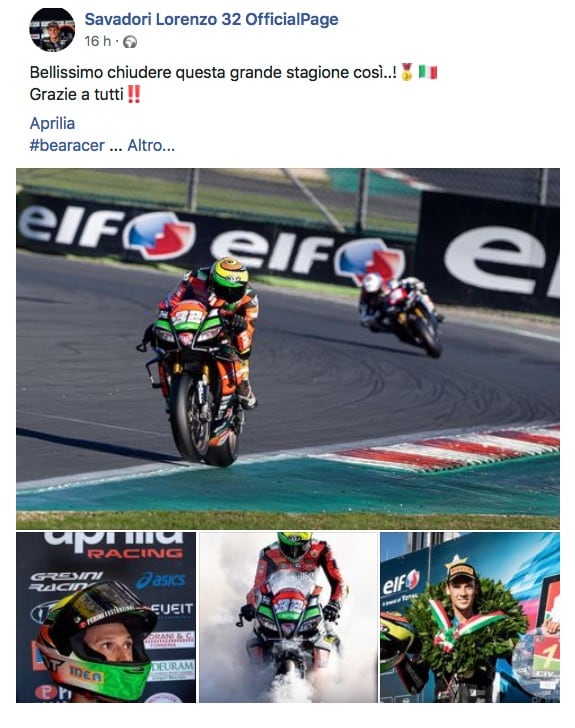 We did a great job on the 1100 to refine it and to exploit it to the fullest on extremely different tracks. It wasn’t always easy, but we did a good job turning up at the race with a chance to battle.”

RIDER PROFILE. Born in Cesena in 1993, Lorenzo Savadori was Italian and European 125 GP Champion with Aprilia in 2008. In the same season, he made his début in the category World Championship with three wild cards (Mugello, Misano and Valencia). In 2007 he was runner up in the Red Bull Rookies Cup development program. In 2009 he took part in the 125 Championship, finishing the season in twenty-sixth place with 7 championship points. His rookie year in the factory derivative series came in 2001 in the Superstock 1000 championship where he was runner-up champion in 2014. 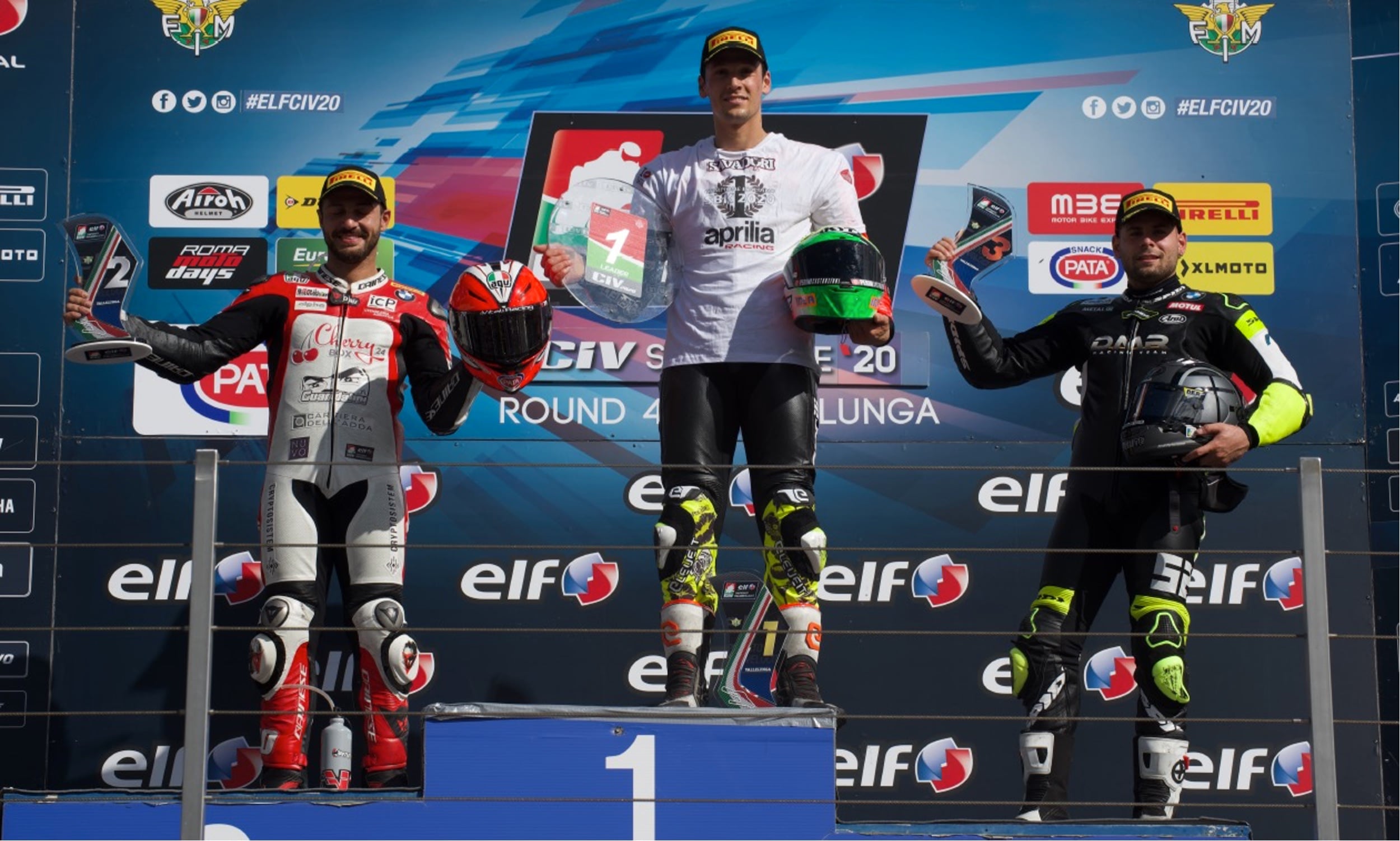 17 October 2020 - Lorenzo Savadori on the podium of Vallelunga, where he graduated as Italian CIV-Superbike 2020 Champion. 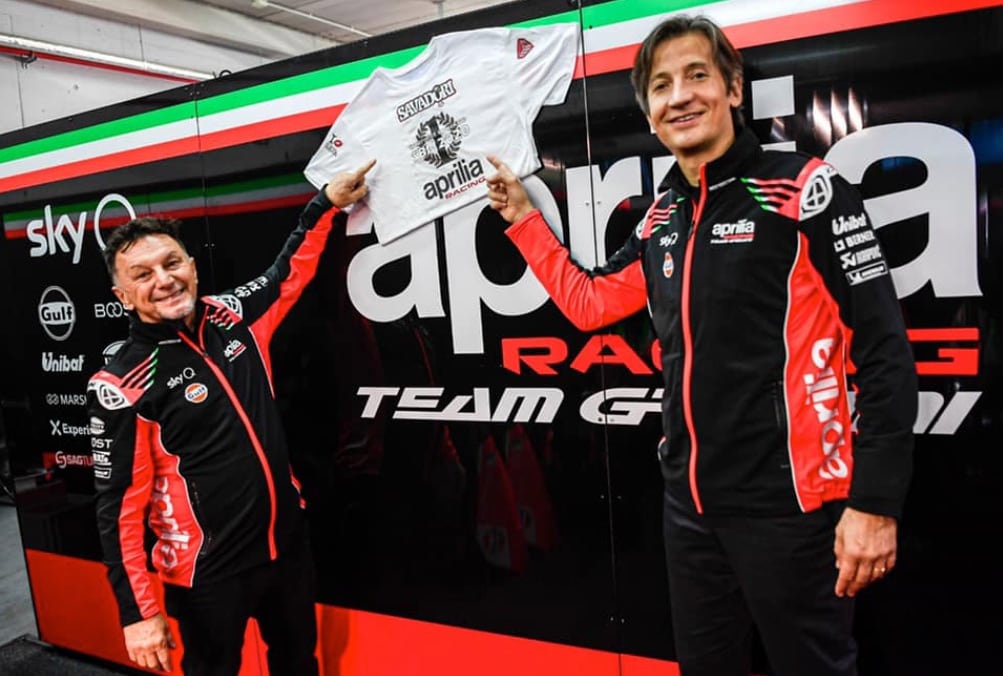 In 2016, 2017 and 2018, Lorenzo competed in the Superbike premier class with the Aprilia RSV4. In 2019 he was runner-up Superbike champion in the Campionato Italiano Velocità with three wins, four second-place finishes and two third places. In 2020 he became an Aprilia MotoGP test rider and dominated CIV Superbike astride the new Aprilia RSV4 Factory. 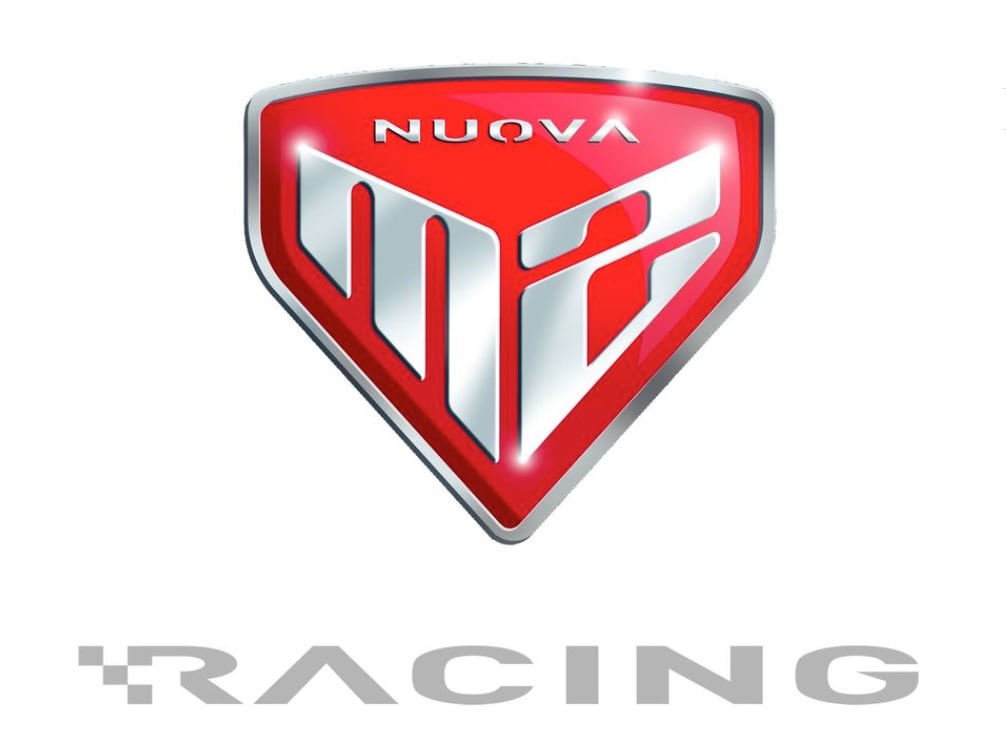