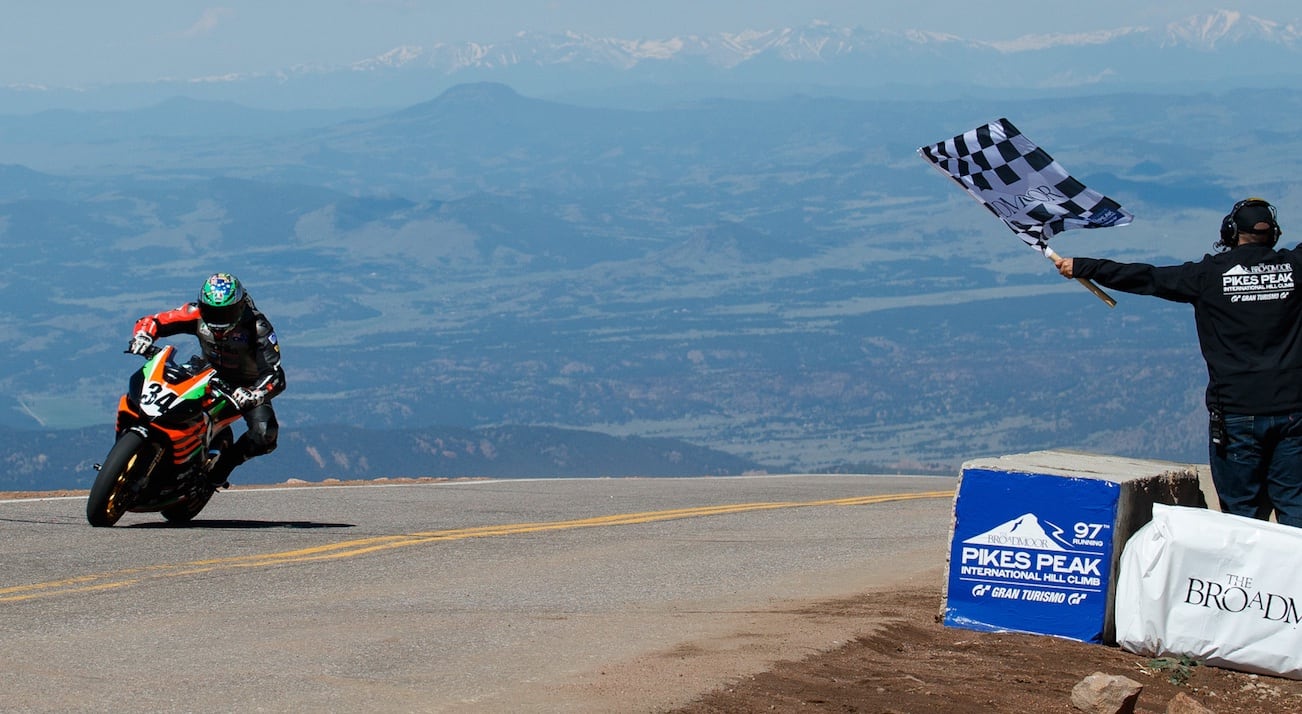 APRILIA TUONO 1100 FACTORY WON THE MOST FAMOUS HILL CLIMB COMPETITION IN THE WORLD, THAT IS HELD EVERY YEAR ON THE COLORADO MOUNTAINS IN THE UNITED STATES. 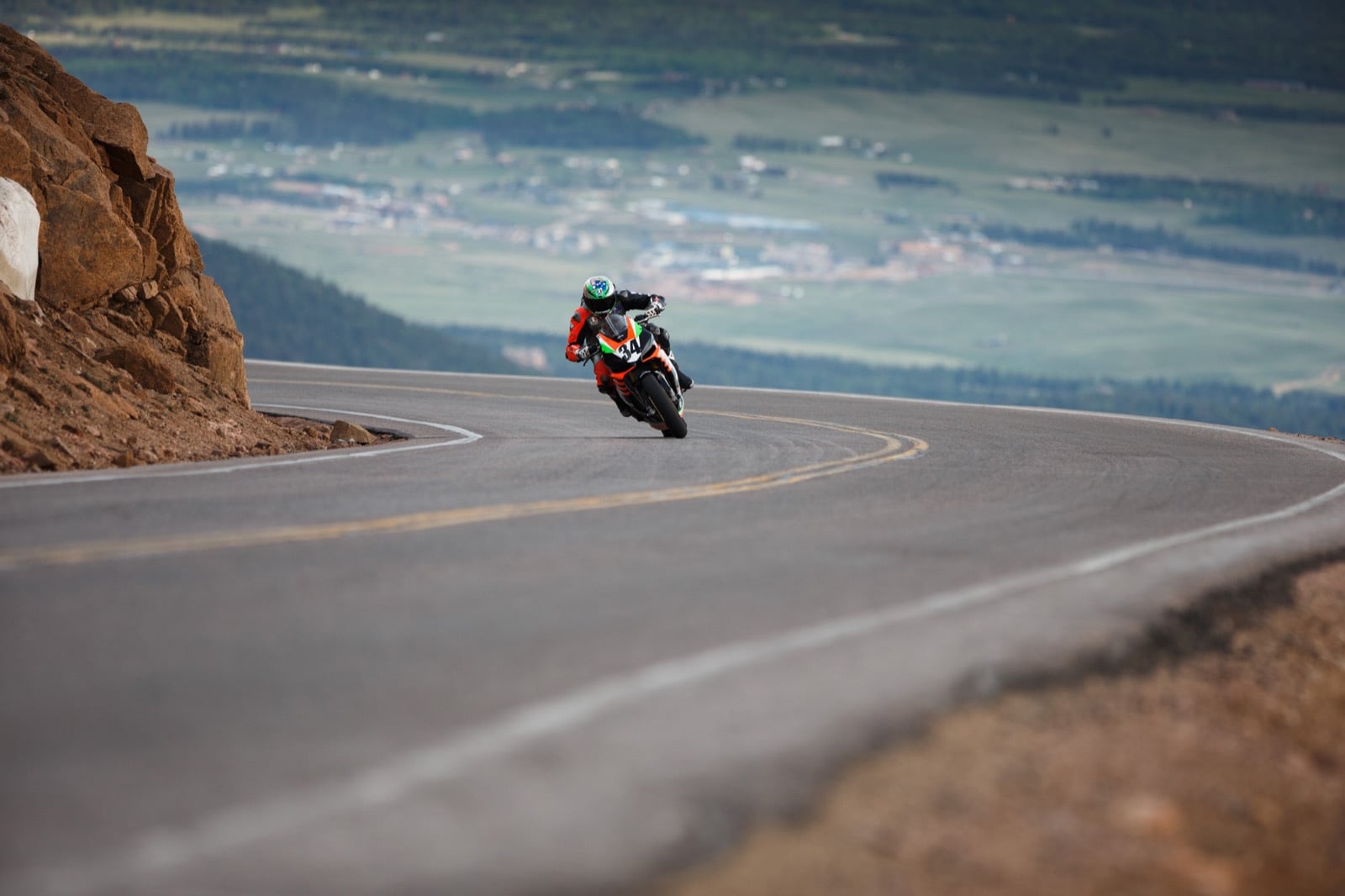 Milan, 4 July 2019 - The Aprilia Tuono 1100 Factory, ridden by Australian rider Rennie Scaysbrook, raced and won in the Heavyweight category, which pits the highest engine capacity and performance factory bikes against one another. Rennie reached the 4,302 metres of the peak in 9 minutes, 44 seconds and 963 thousandths, a time that sets the category record, thereby confirming the sport vocation of the entire family of Aprilia bikes born around the V4 engine from Noale.

However, at the end of the race, Scaysbrook only had fond words to commemorate his friend and rival, Carlin Dunne, who lost his life in a dramatic accident. Dunne was racing in the Exhibition Powersport category and would almost certainly have dominated if it hadn't been for the tragic accident that occurred when, with a record time, he already had the finish line in sight. 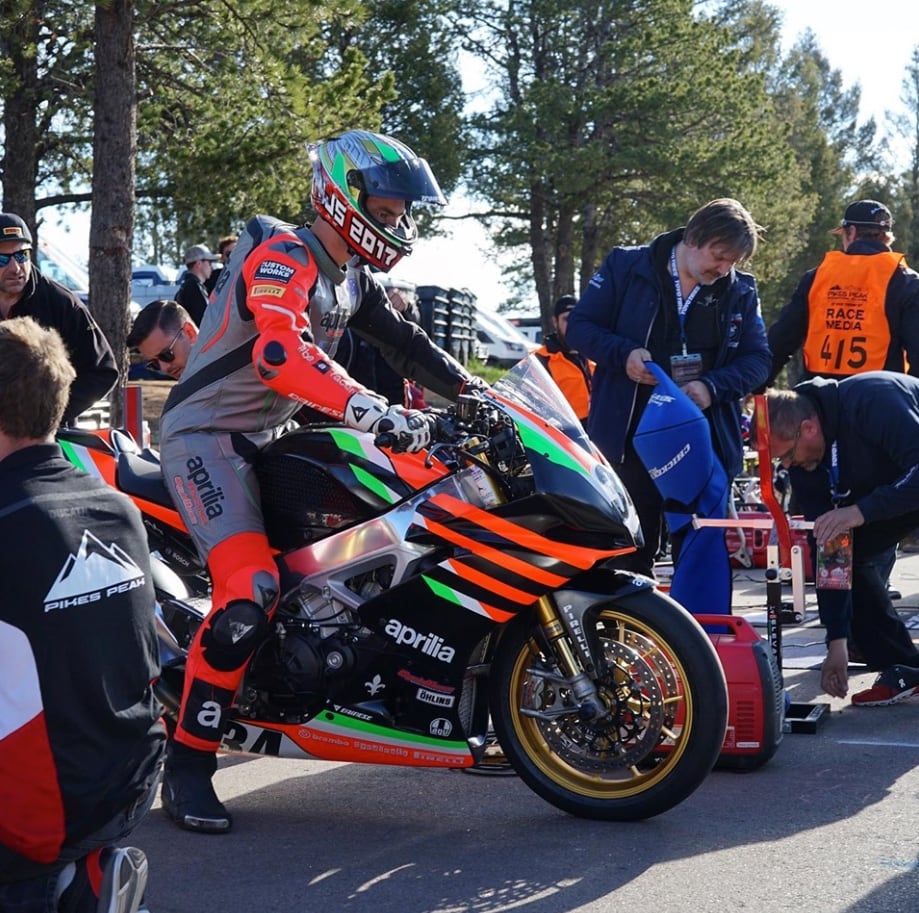 “The event was spectacular, until we heard of Carlin’s Dunne’s accident - said Scaysbrook - Carlin was a huge part of my Pikes Peak experience, helping me as a rookie in 2016 as a mentor, then going head to head with me in 2018, a race he came out the winner. Carlin was a gentleman. As the final two competitors to take the start the race this year, Carlin shook my hand and wished me luck, as we both told each other we’d see each other at the top. The world has lost a true champion.”

And concerning the race, he added: “The race was one of those occasions where my motorcycle and I just gelled. The work we did throughout the week was calculated and systematic, making the bike better and better, and I’m so grateful to have such an incredible team behind me to help achieve this result.” 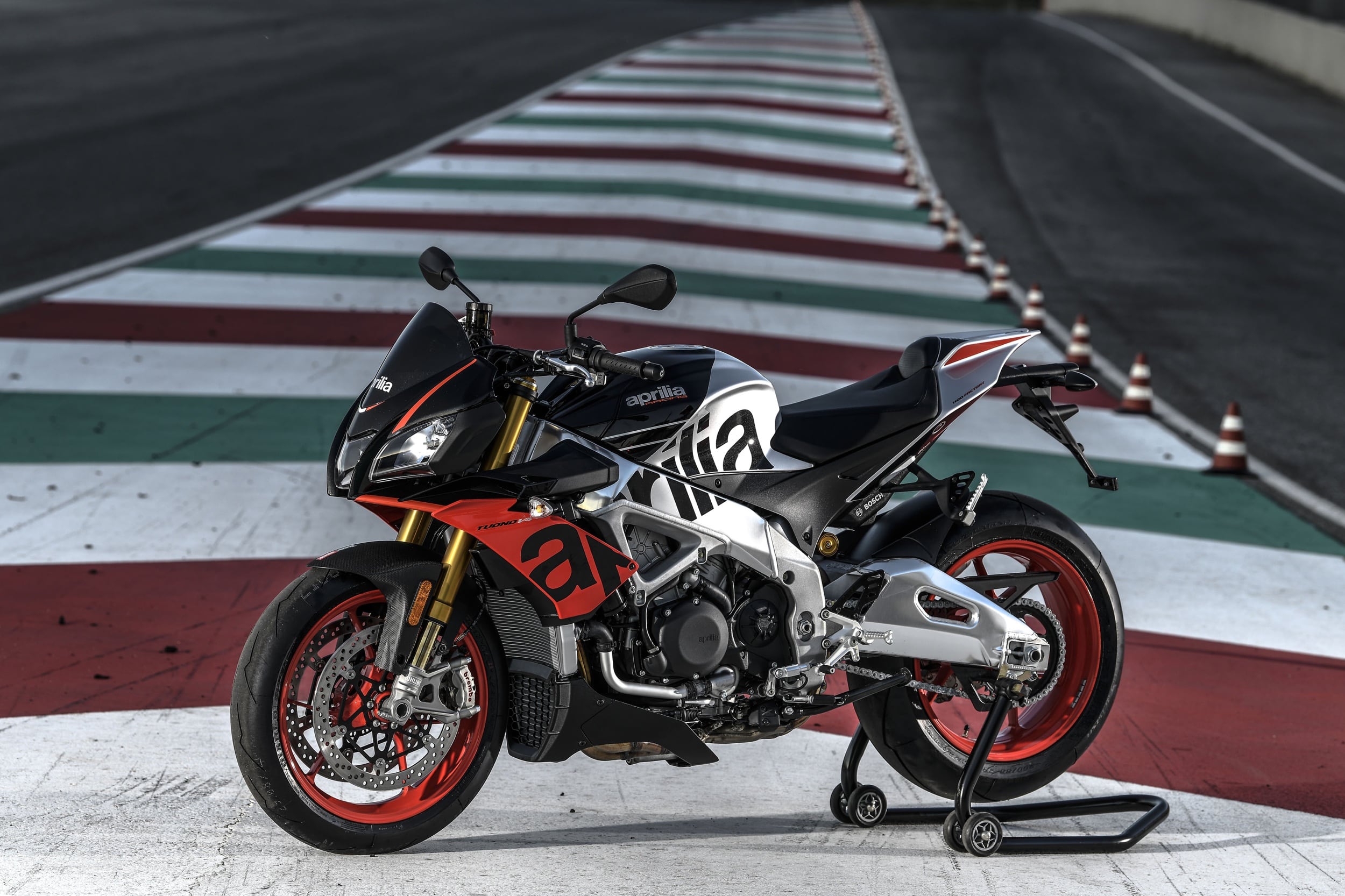 The Aprilia Tuono V4 1100 represents the state-of-the-art in technology: the sophisticated electronic management includes the advanced dynamic controls package with APRC, Cornering ABS, Quick Shift active even in downshifting, Pit Limiter and Cruise Control. The unique 175 hp 65° V4 engine and the racing frame provide unparalleled performance. Simply unrivalled, Aprilia Tuono has been voted over time as one of the most adrenaline pumping and efficient bikes ever.
The Tuono V4 family is made up of two distinctly outfitted models: 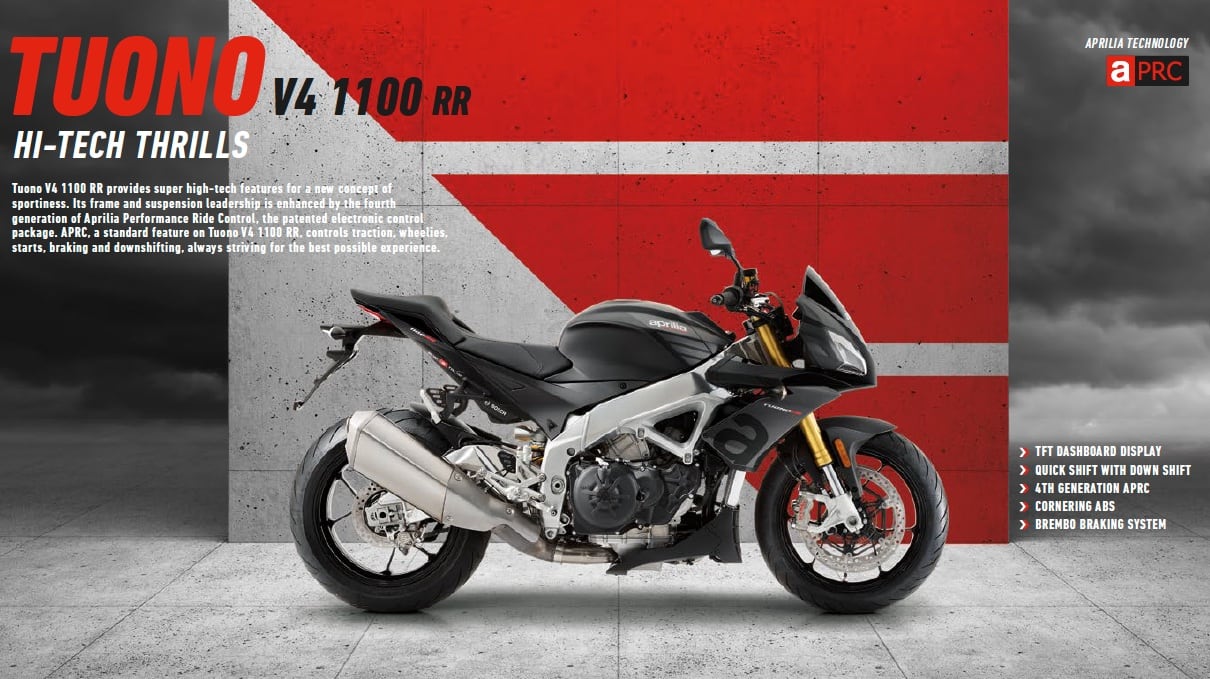 Tuono V4 1100 RR represents an exceptional thrill machine, the heir to a dynasty of naked sport bikes acclaimed by critics as the most effective and fastest bike in its segment. 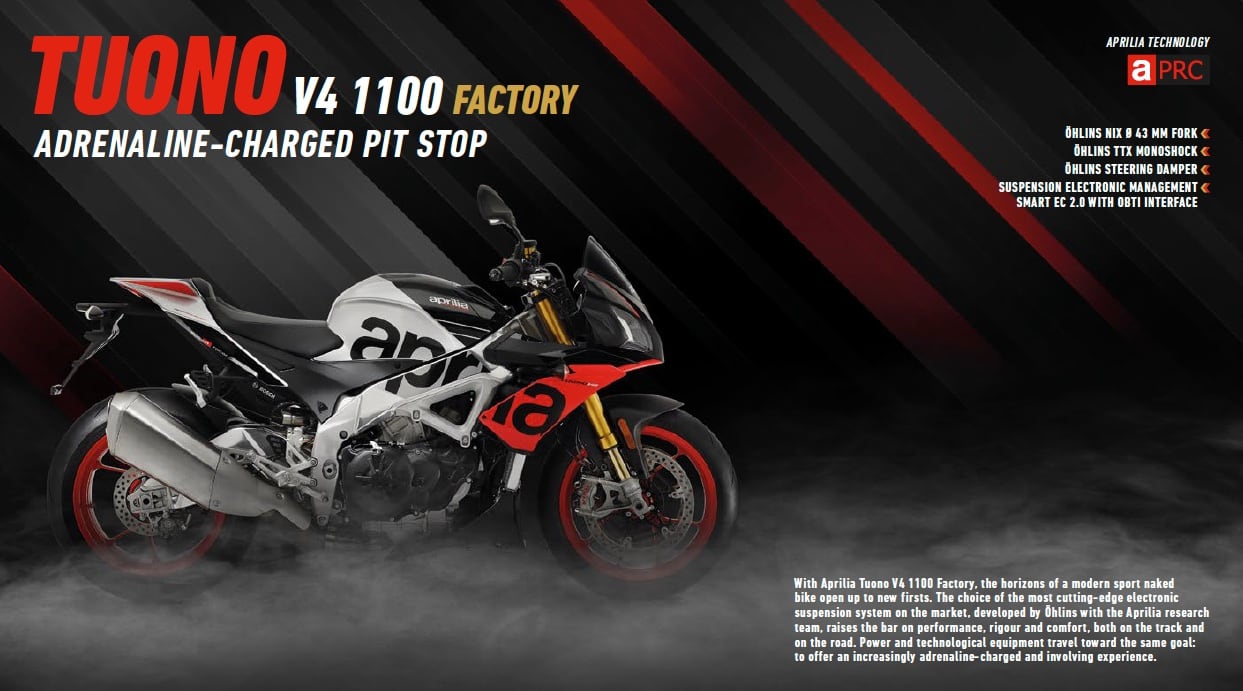 Tuono V4 1100 Factory is the more exclusive version, dedicated to an extremely demanding public. The new Factory now comes standard with the most advanced semi-active electronic suspension system currently available on the market, developed by Öhlins and fine-tuned with the collaboration of Aprilia engineers. Maximum ease of calibration for the suspension through simple handlebar controls to give you an even more thrilling riding experience in any area of use. 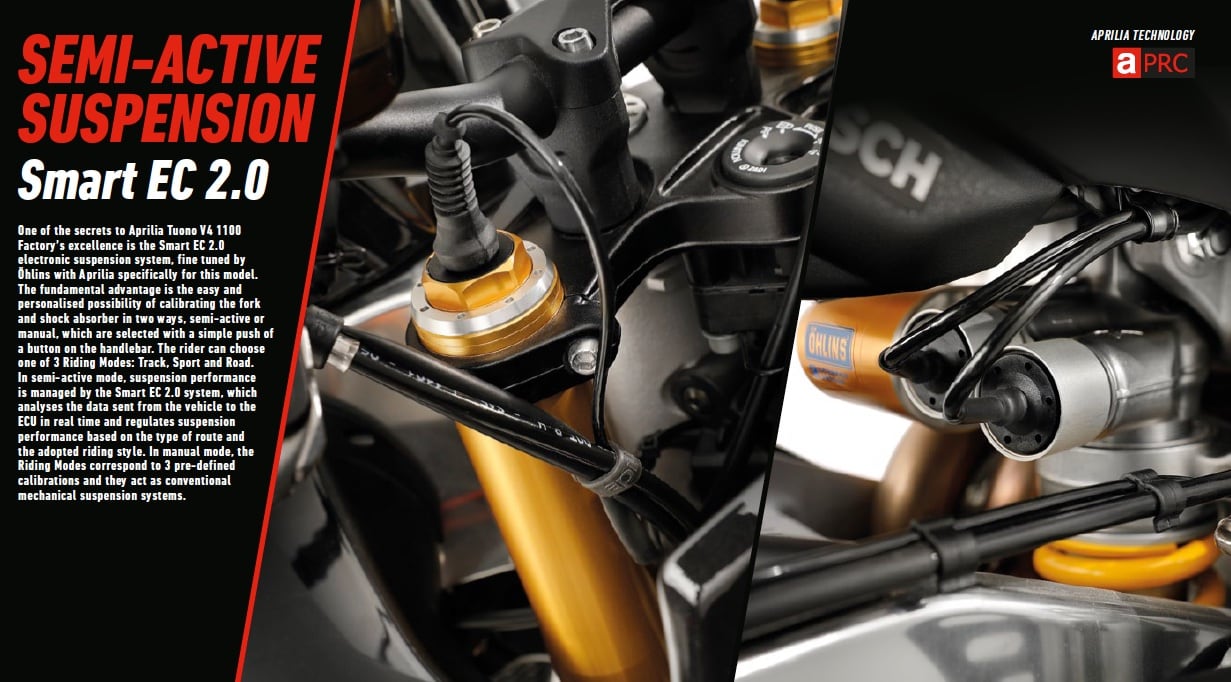 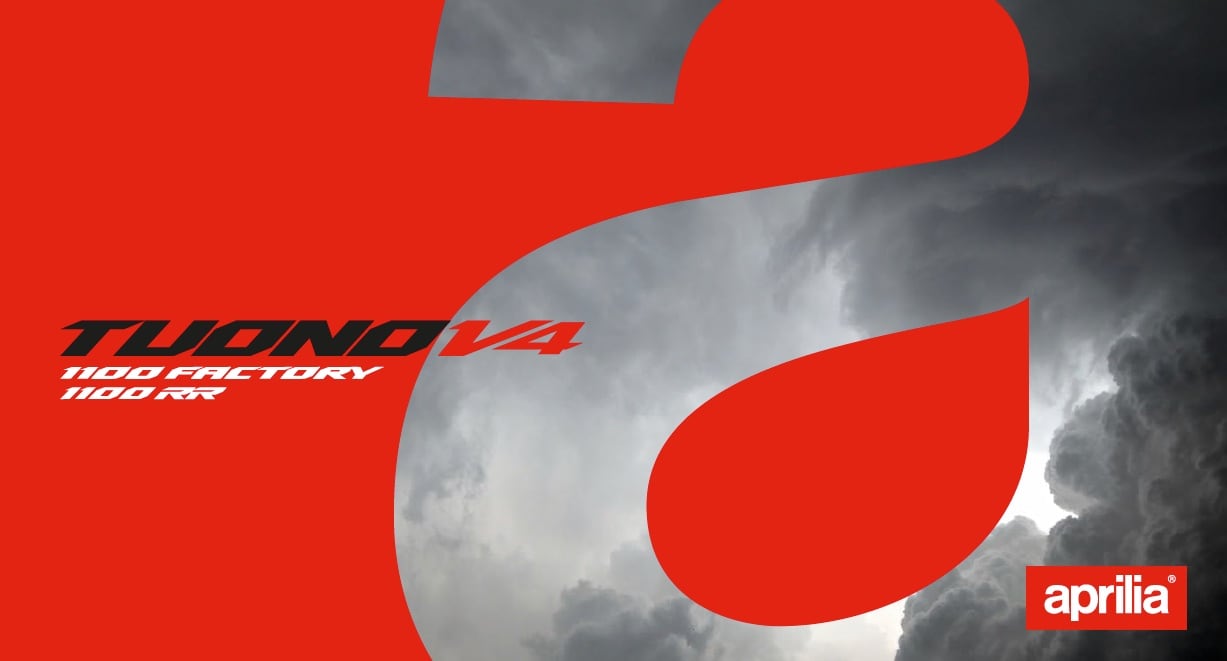