APRILIA WINS IN THE BRITISH SUPERSTOCK CLASS. THE RSV4 CONTINUES TO WIN AGAINST FACTORY DERIVATIVE BIKES 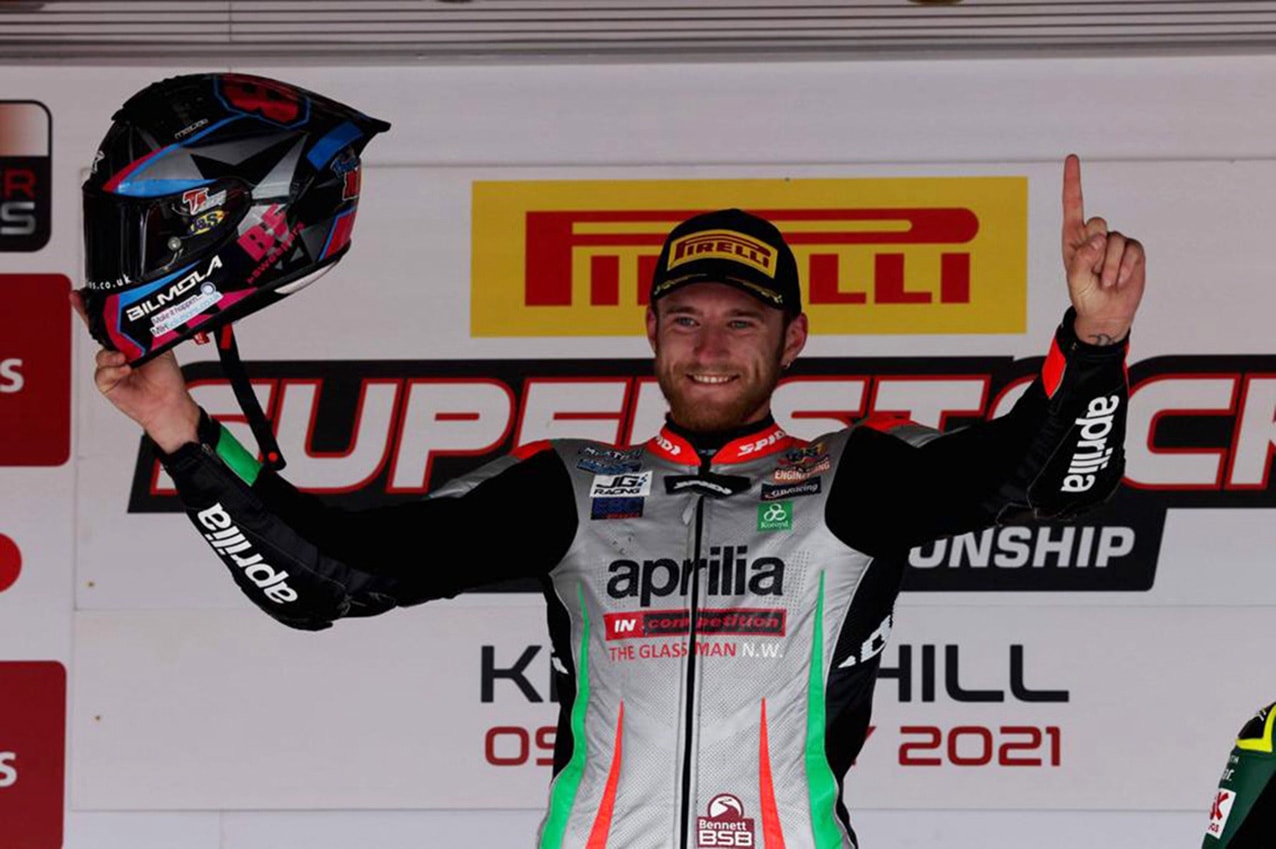 Last weekend at Knockhill Racing Circuit, Fraser Rogers (25 years old from Swindon, UK) rode his Aprilia RSV4 1100 to victory in Race 2 of the Superstock category of BSB, the British national championship (which is celebrating 25 years of operation, 1996-2021). This is a significant achievement for the Team IN Competition rider, now third in the overall riders championship standings and a contender for the title. 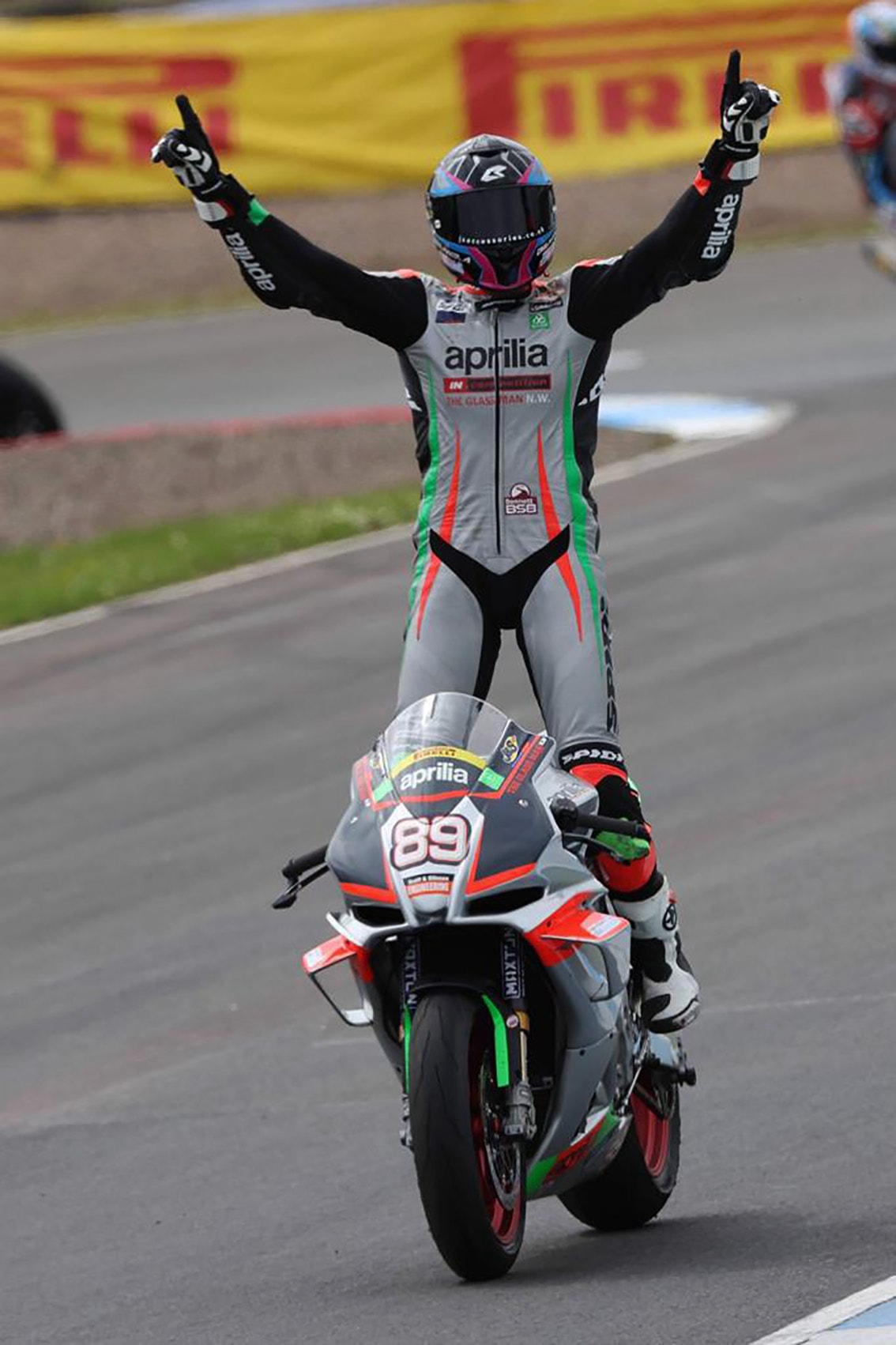 “YESSSS - P1 BABYY!! 🏆🏆🍾🍾We did it! Honestly can’t explain the emotions right now. Huge credit to my team - this was a big team effort @in_competition for the package ❤️ & everyone that continues to stand by me through thick and thin. Today has been the best day of my career by far & let’s just keep it rolling.
Fonte: www.facebook.com/FraserRogers89. 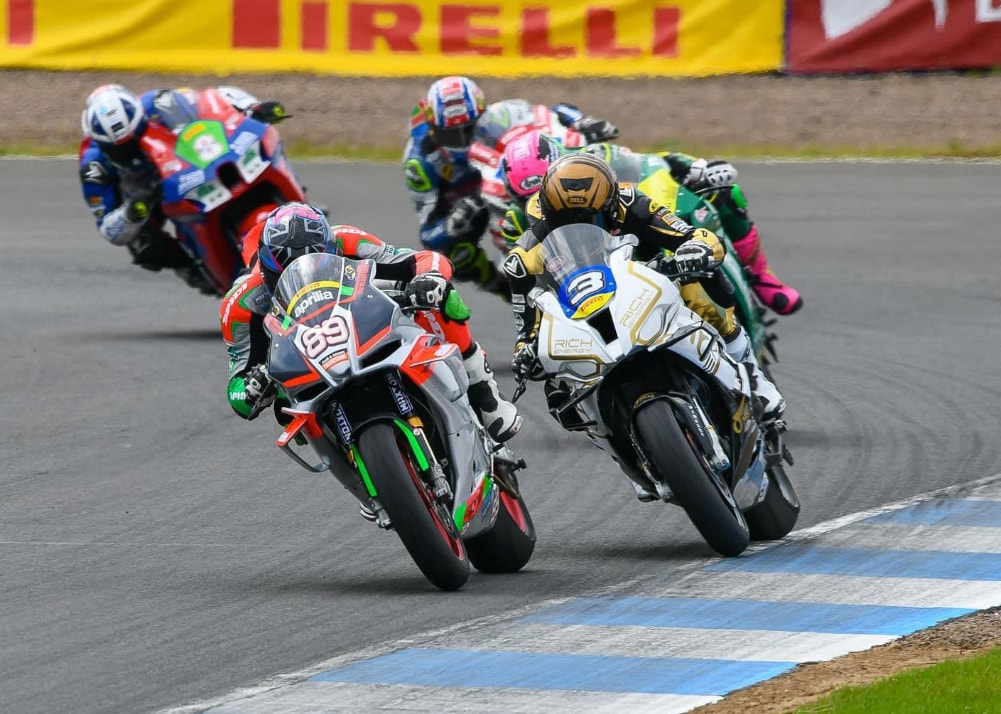 Fraser began his riding career at the age of 13, also with an Aprilia, in 2008: 1st at the British Aprilia Superteens. 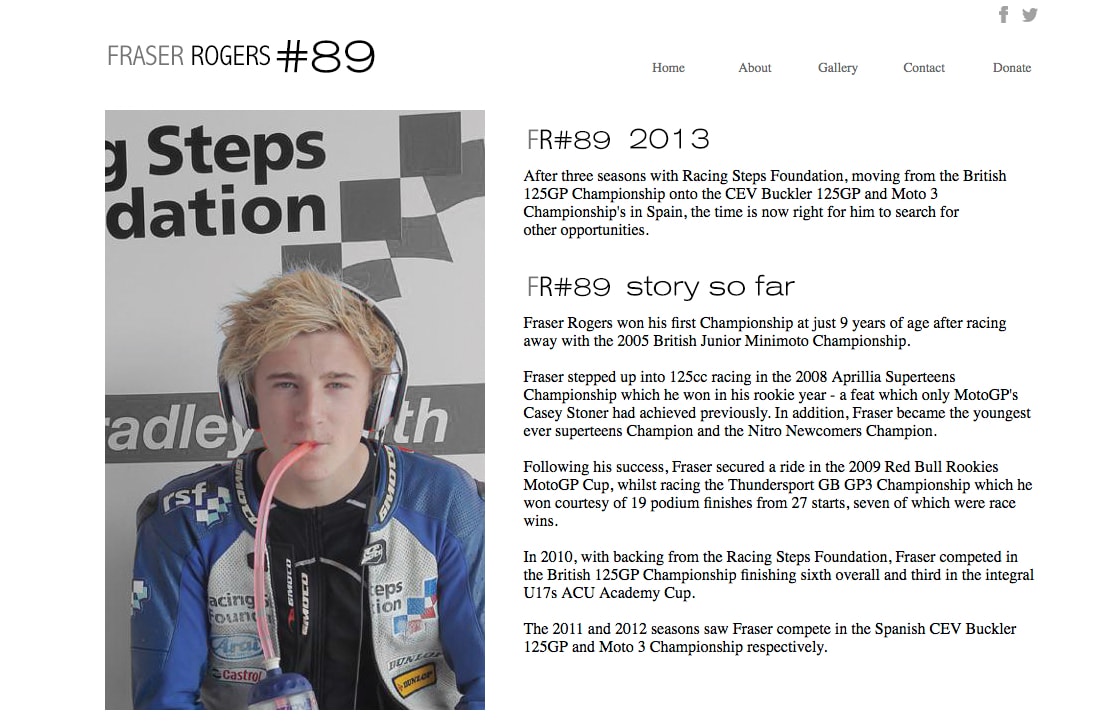 “THE EYES OF AN EMOTIONAL VICTORY!”. 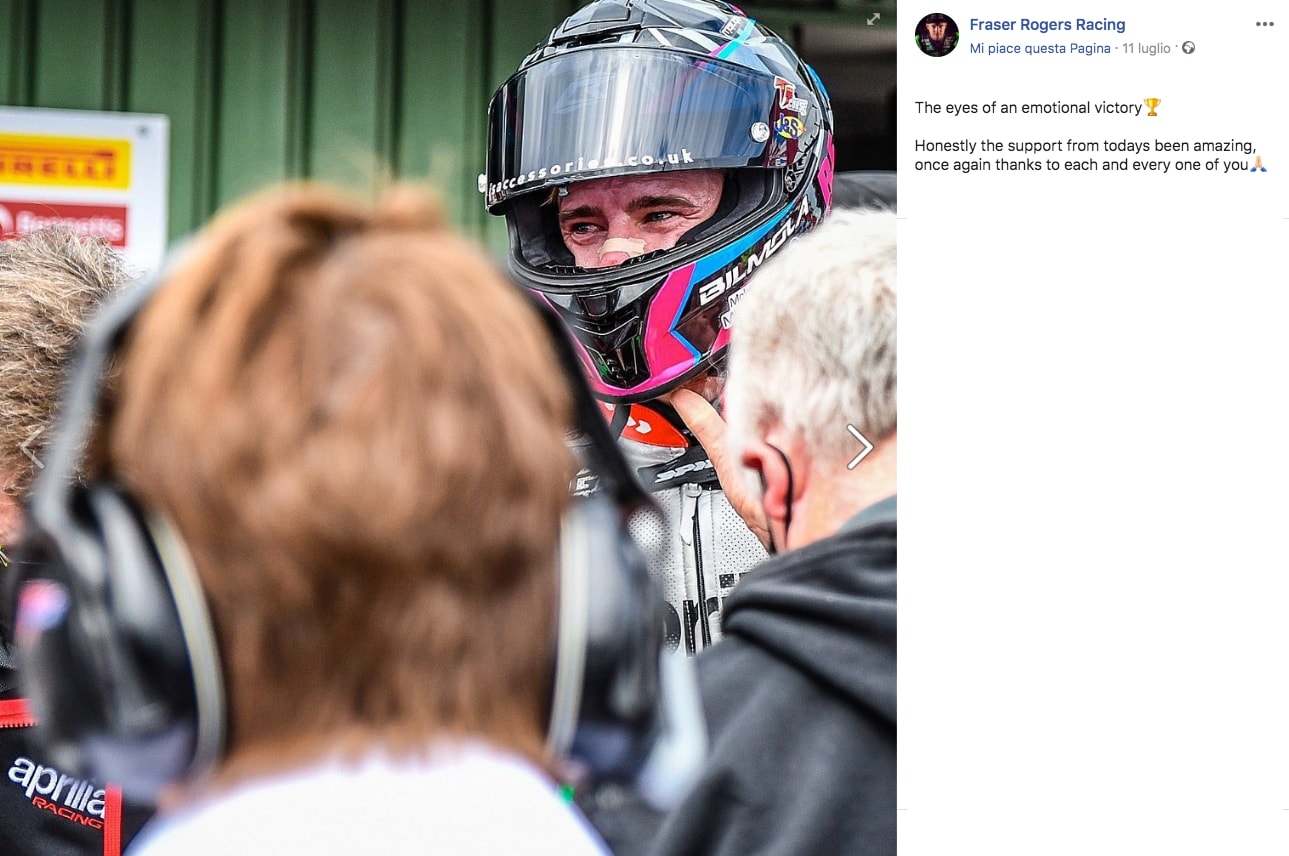 In the background, Fraser Rogers astride the Aprilia RSV4 on the Knockhill track.
Source of images: fraserrogers.co.uk/about.html

The next championship round will be held at Brands Hatch on the weekend of 25 July.