ALEIX AND MAVERICK FAST STRAIGHT AWAY BUT IT’S THE FEELING THAT GIVES THEM MORE CONFIDENCE. AFTER SEPANG, THE SECOND AND FINAL PRE-SEASON TEST WILL BE INDONESIA.

Aprilia Official: READY FOR THE SHOW - SAVE THE DATE: 10 FEBBRAIO 2022

Sepang (Malesia), 6 February 2022 - Even with all the caution demanded by the circumstances, this is definitely a good début for the new Aprilia RS-GP in 2022 version. On the track in Sepang (Malaysia) for the first tests of the season, the new Italian bike provided immediate positive feedback in the able hands of tester Lorenzo Savadori, sensations which were then confirmed when Aleix Espargaró and Maverick Viñales tested it. 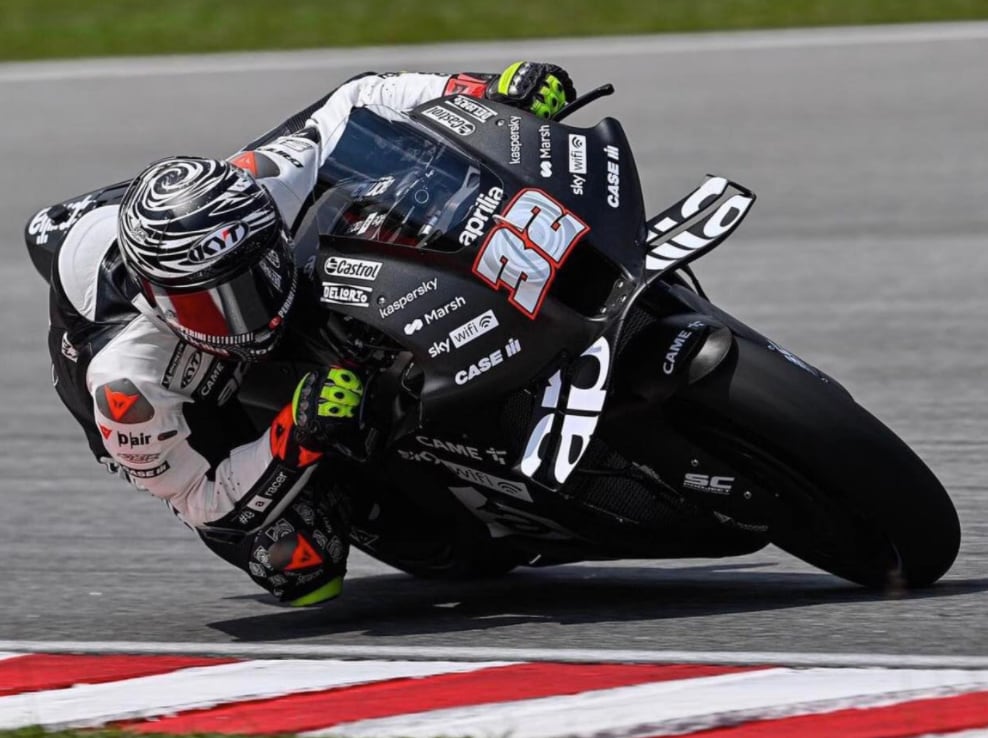 Source of the image: facebook.com/lorenzosavadori32

After three days dedicated to the shakedown (the first real test of the new prototypes), it was time for the entire MotoGP class to have two days of official testing. It was clear by the end of the sessions that the competition is still extremely fierce, with 19 riders all within one second of one another. In any case, the stopwatch confirmed that Aprilia is on the right path, with Aleix second, just 26 thousandths of a second behind the leader and beating the track record. Maverick was also fast straight away, just 130 thousandths of a second behind, riding his RS-GP to fifth place. 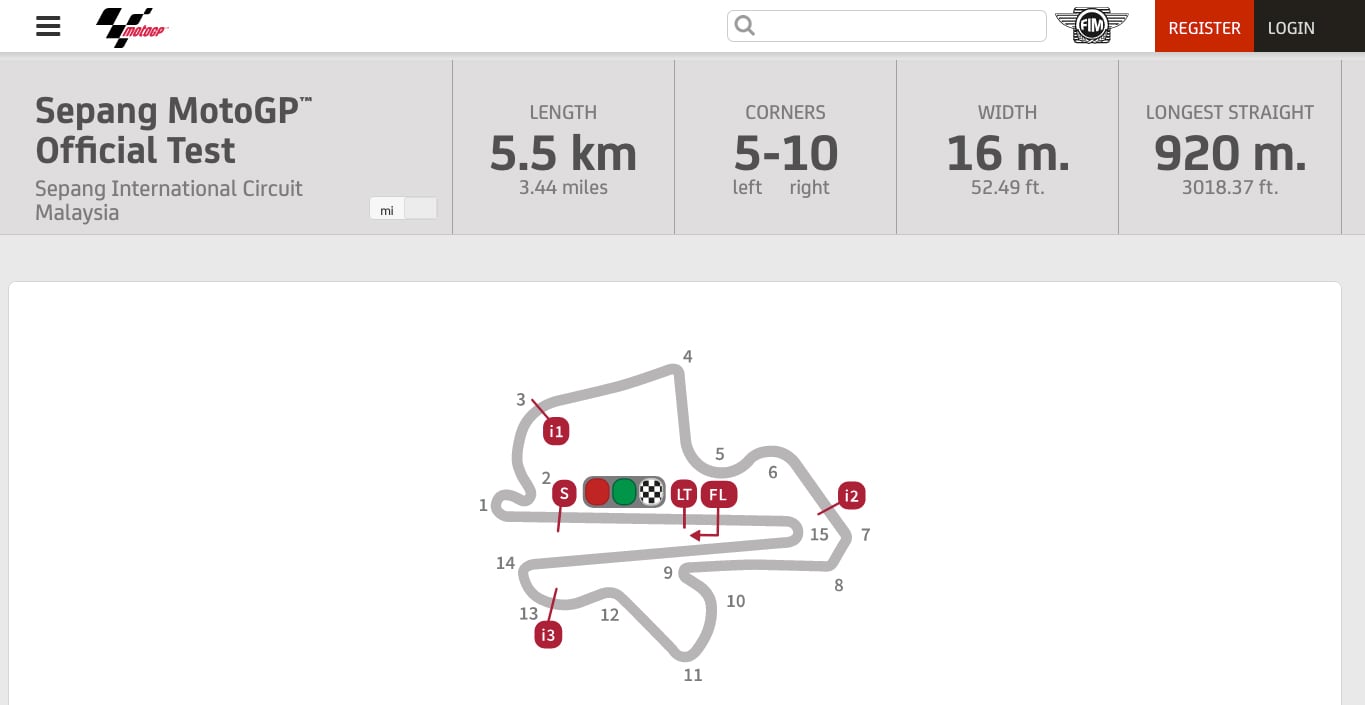 Source of the image: www.motogp.com/en

However, although the times may not provide the most accurate picture of the situation, since they were achieved by all during true time attacks on soft tyres, feedback on the feeling is a different story. And this is why Aprilia is confident as they head to the new Indonesian Mandalika track for the second and final pre-season tests.
Aleix Espargaró (bike no. 41): "I must thank the staff in Noale. Albesiano and all the engineers did a good job. From the first time I swung a leg over, during a photo shoot, I noticed how sleek and compact the new RS-GP is, and I know how hard it is to achieve this result. 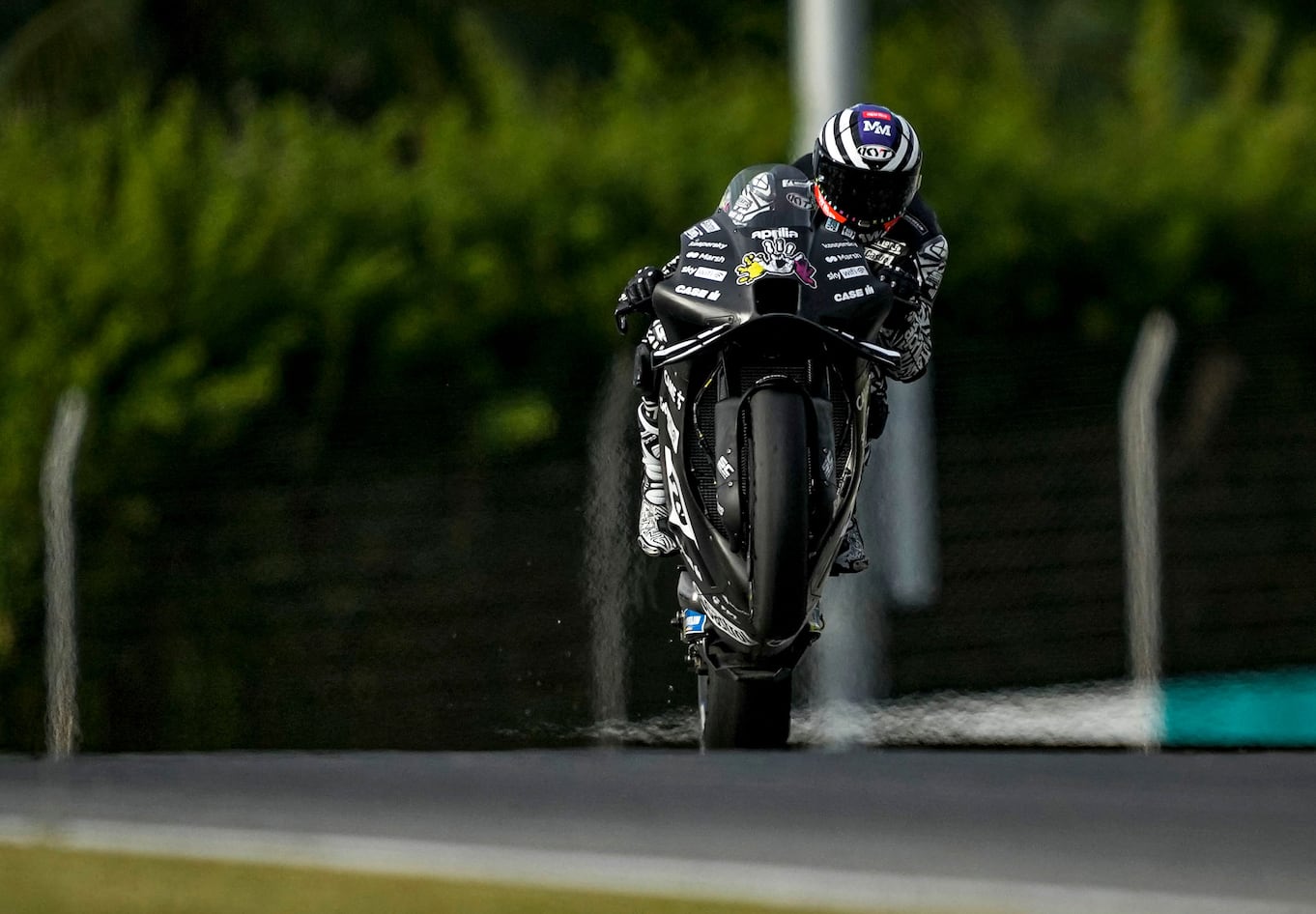 The ergonomics, the frame and all the new features make it extremely agile, letting me improve on corners speed, especially in fast turns. However, we still need to consider that this is just the first test and that we are all extremely close. The current level of MotoGP is absolutely incredible. We’ll keep working and I can’t wait to turn laps on the new Mandalika circuit too." 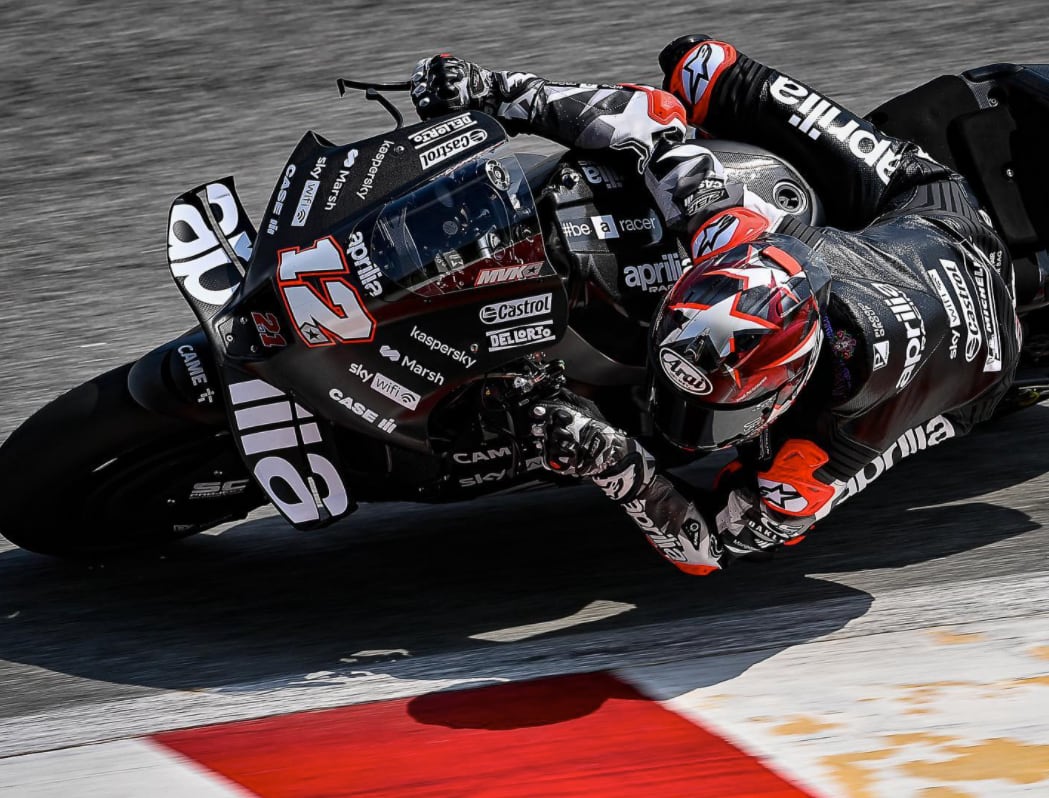 Source of the image: facebook.com/MaverickVinalesOficial

Maverick Viñales (bike no. 12): "I'm pleased with this first test. I felt extremely comfortable on the bike. I was especially surprised by our race pace, with used tyres, whereas on the flying lap, I am still unable to fully exploit the bike’s potential. 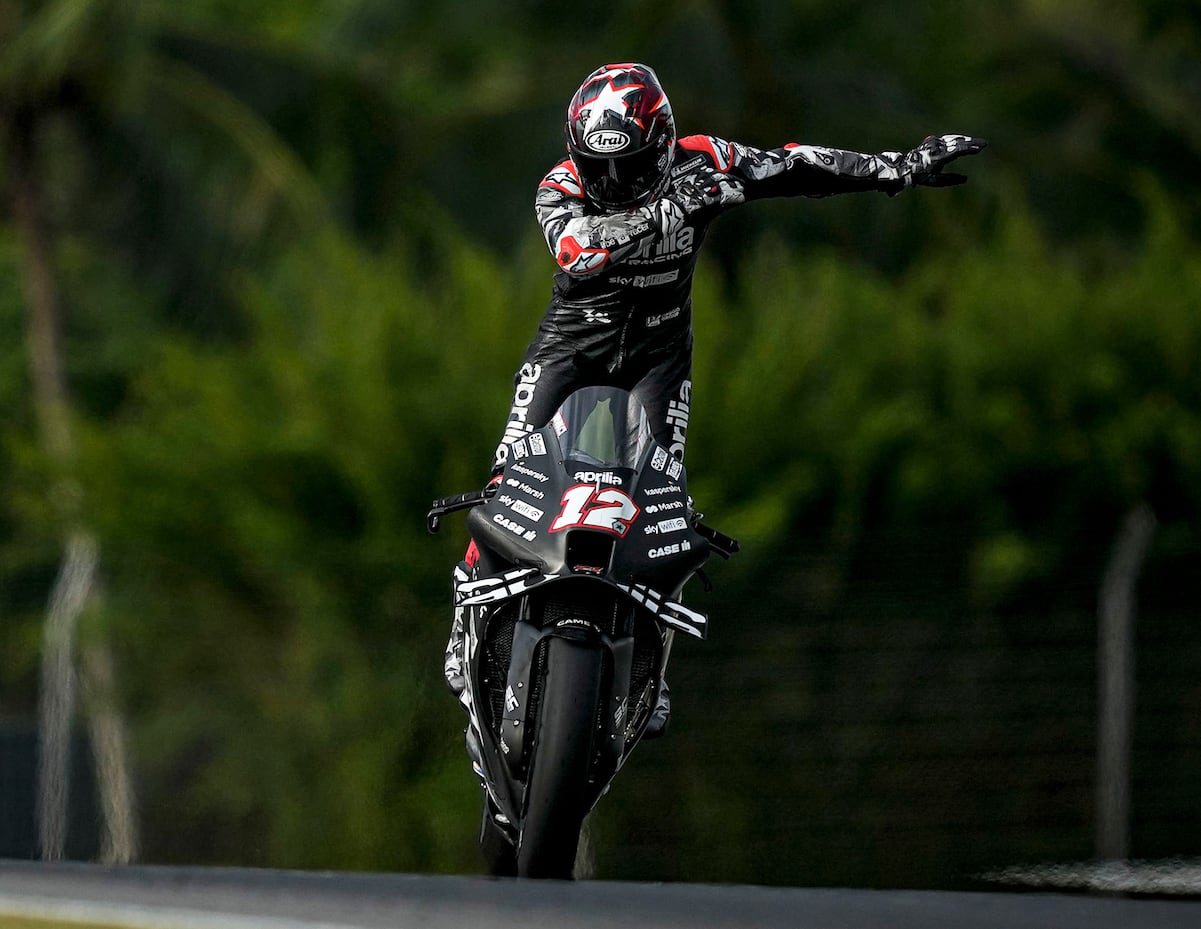 When you try to find the limit, and you have to do that often in MotoGP today, the feeling has to be more than perfect, but I am still making a few mistakes. I need to get used to the way this bike behaves when I'm looking for maximum performance and that’s a process we’re working on."

Lorenzo Savadori (bike no. 32): "The 2022 bike seems like a clear step forward. I did some tests here aimed specifically at setting up Aleix and Maverick’s work, since this is the first shakedown of a new project. 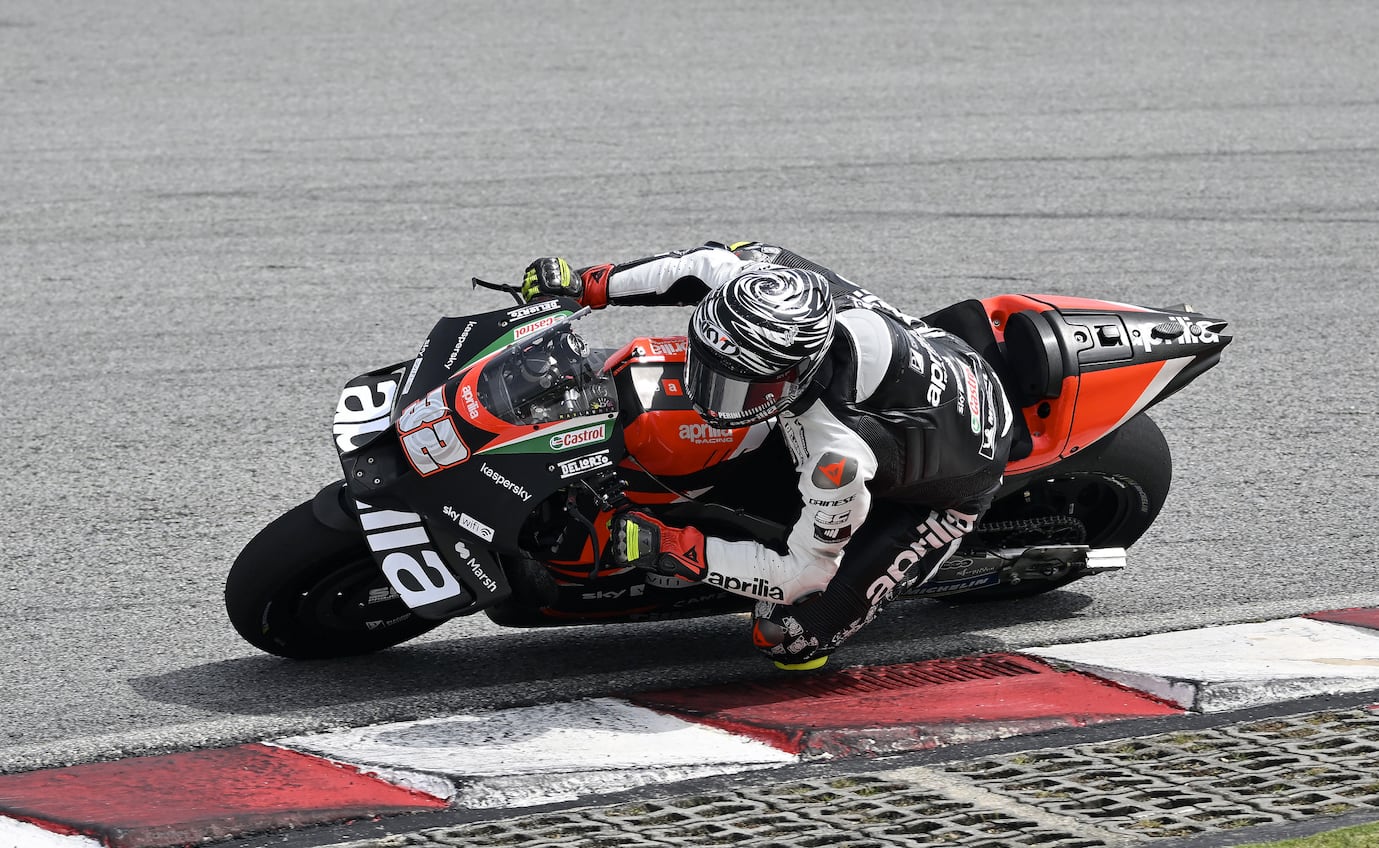 I can’t wait to get start on the actual testing programme, which will let us grow the RS-GP even further. The base is there. They did a great job and you can tell straight away." 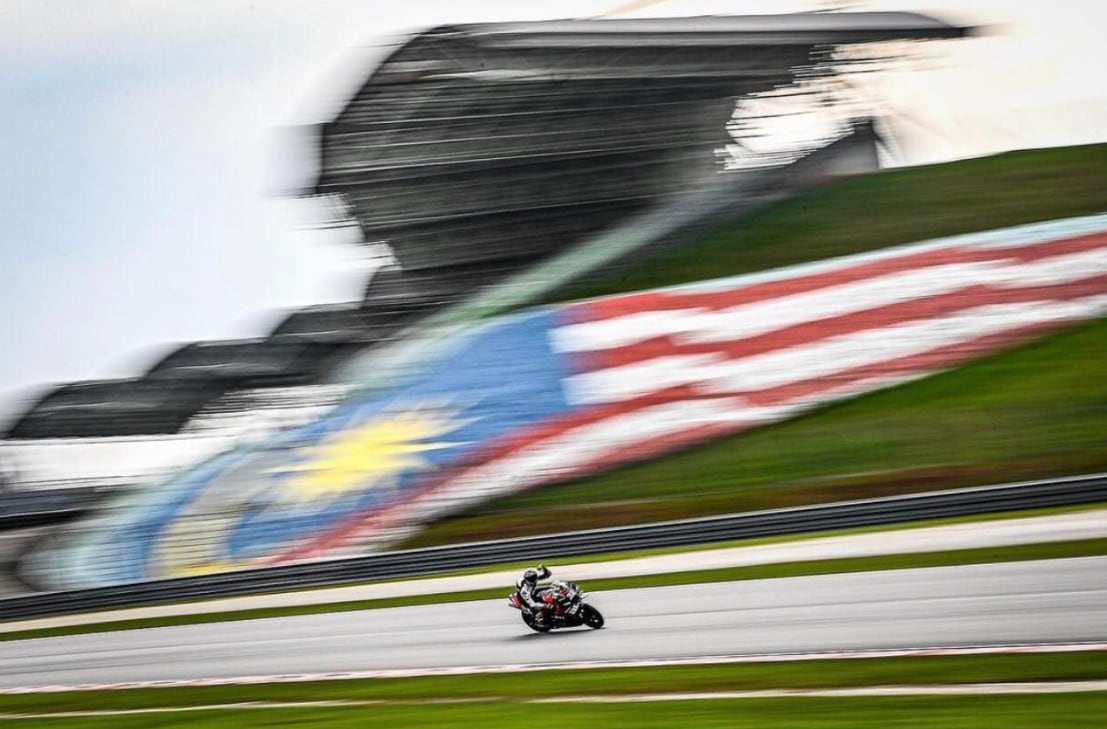 Source of the image: facebook.com/lorenzosavadori32