LORENZO SAVADORI IN THE APRILIA RACING FAMILY: HE WILL BE A MOTOGP TESTER AND WILL RACE IN CIV WITH THE RSV4 1100 FACTORY 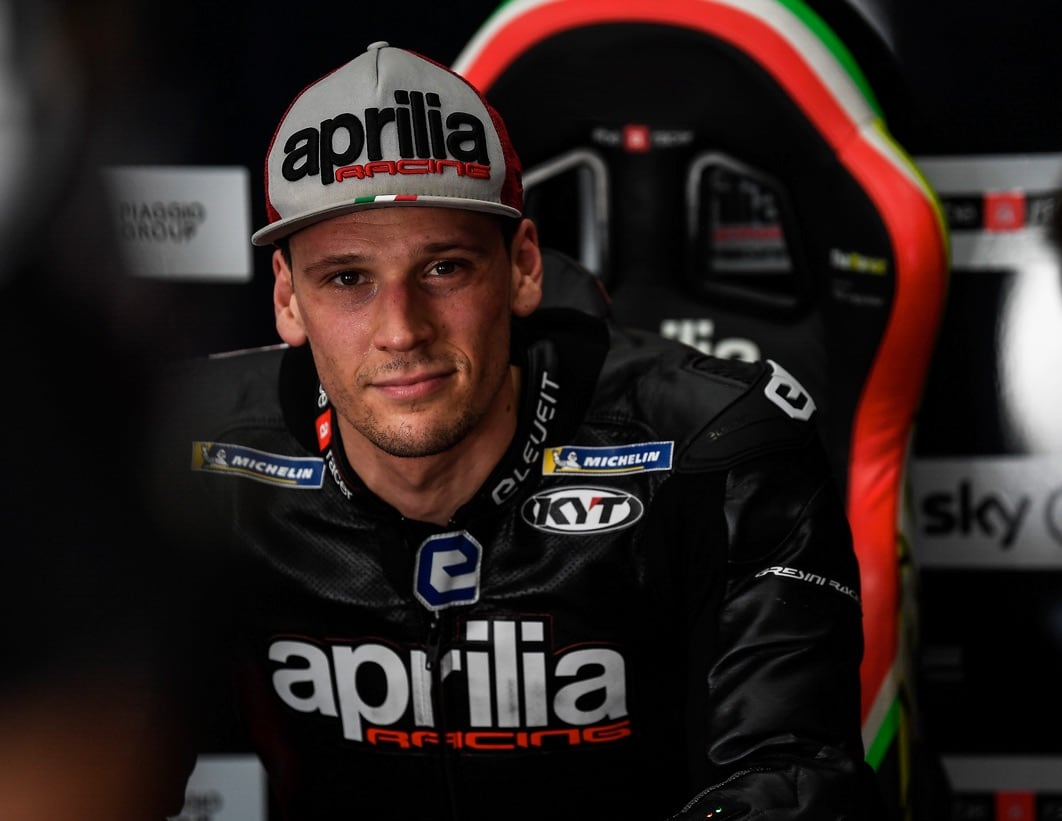 Noale (Aprilia Racing, Italy), 23 February 2020 - Lorenzo Savadori will be an Aprilia Racing rider for the 2020 season which is just around the corner. The Cesena native (26 years), FIM STK 2015 champion astride the Aprilia RSV4, has signed a contract that binds him to the Noale based manufacturer. 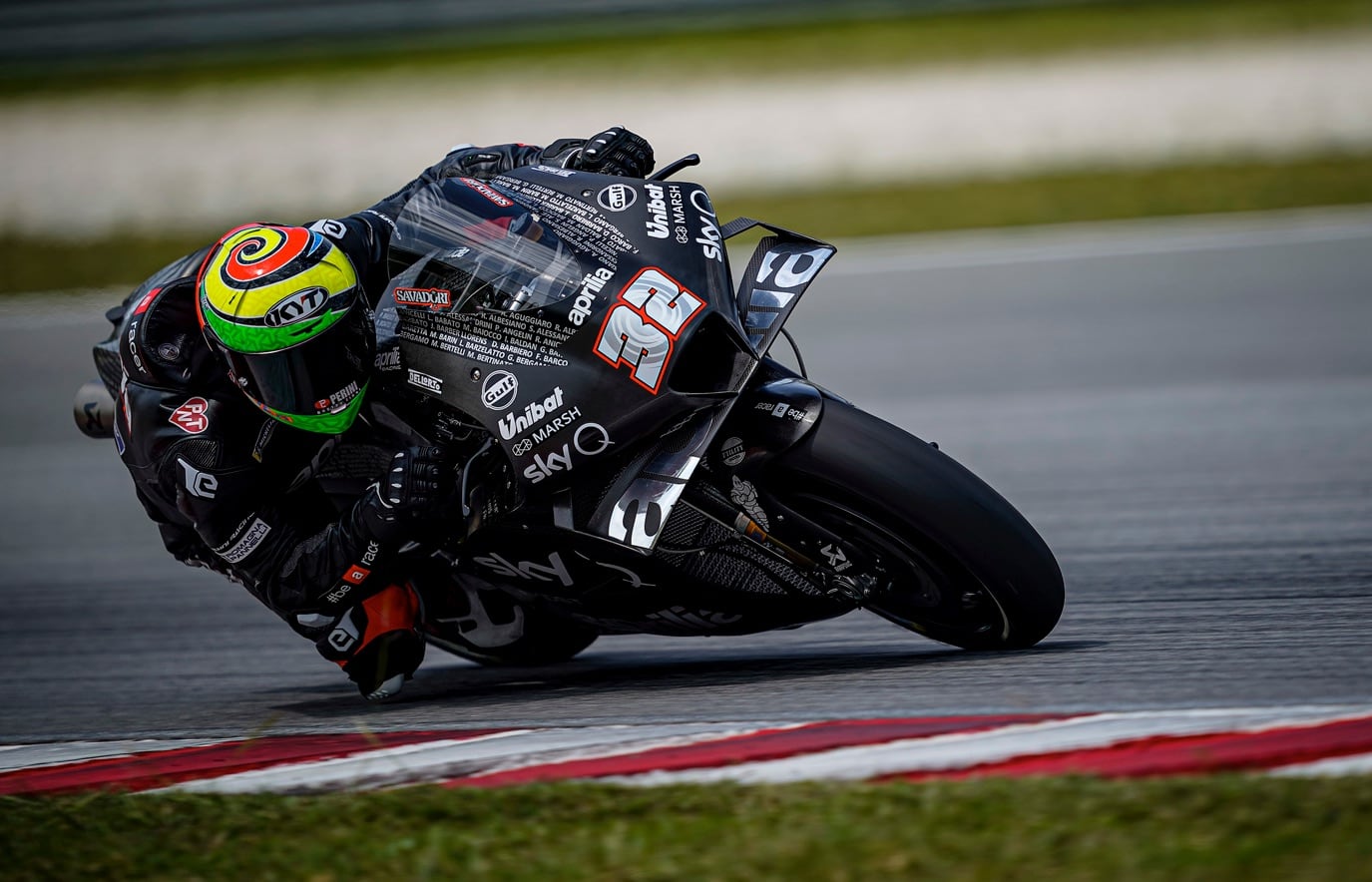 Lorenzo will be part of the MotoGP team as a tester for development of the fledgling and already promising 2020 RS-GP, and he will race in the CIV Italian Championship astride the Aprilia RSV4 1100 Factory. The Italian was already on the new V4 prototype during the Sepang MotoGP tests. The good outcome of that test and the big job of development that awaits the new bike were the key elements in the decision taken by Aprilia Racing and Lorenzo in launching this collaboration. 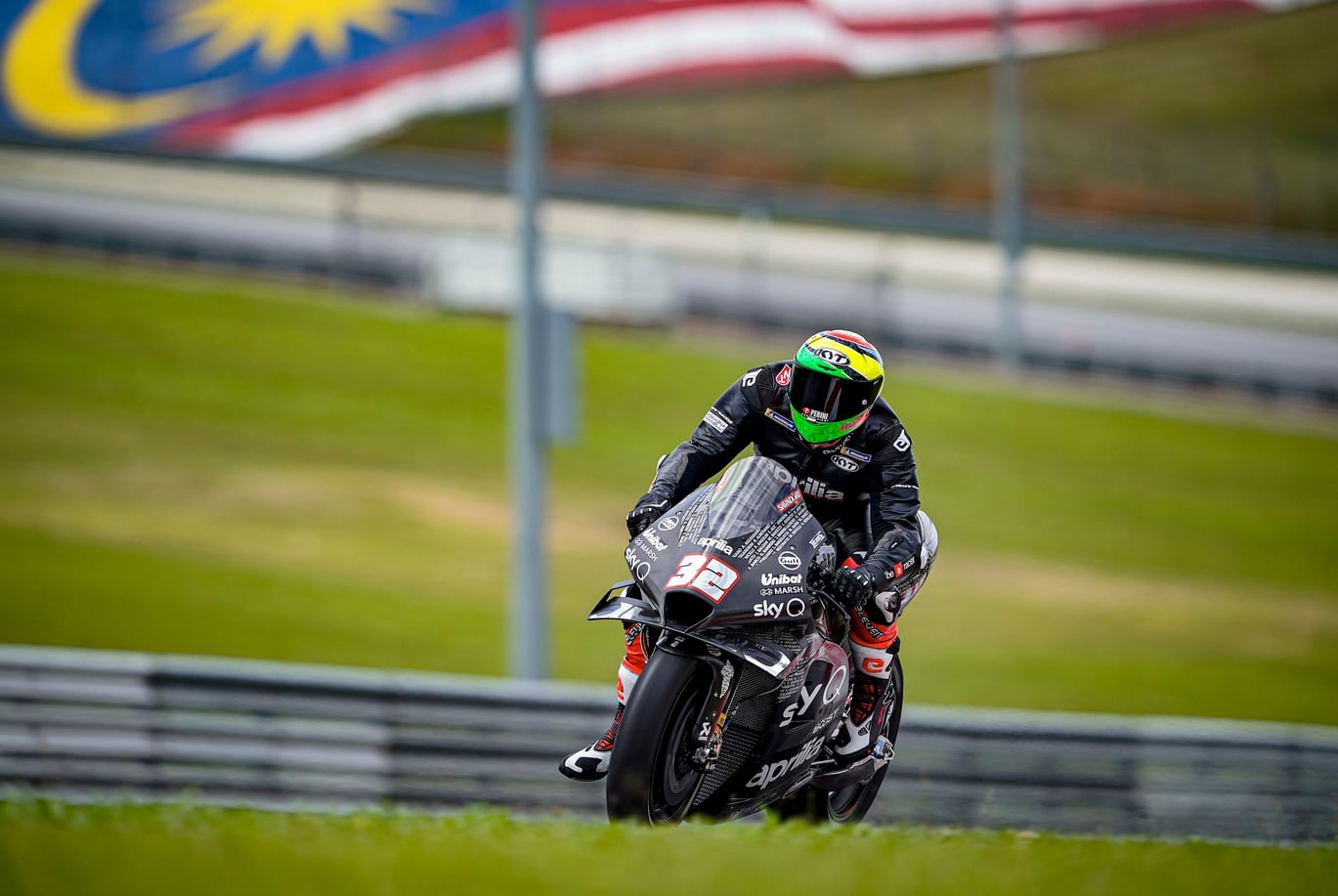 In the Italian championship, Savadori will race the entire season with the support of the Nuova M2 Racing team, with which he raced and won races last season, also astride the RSV4. 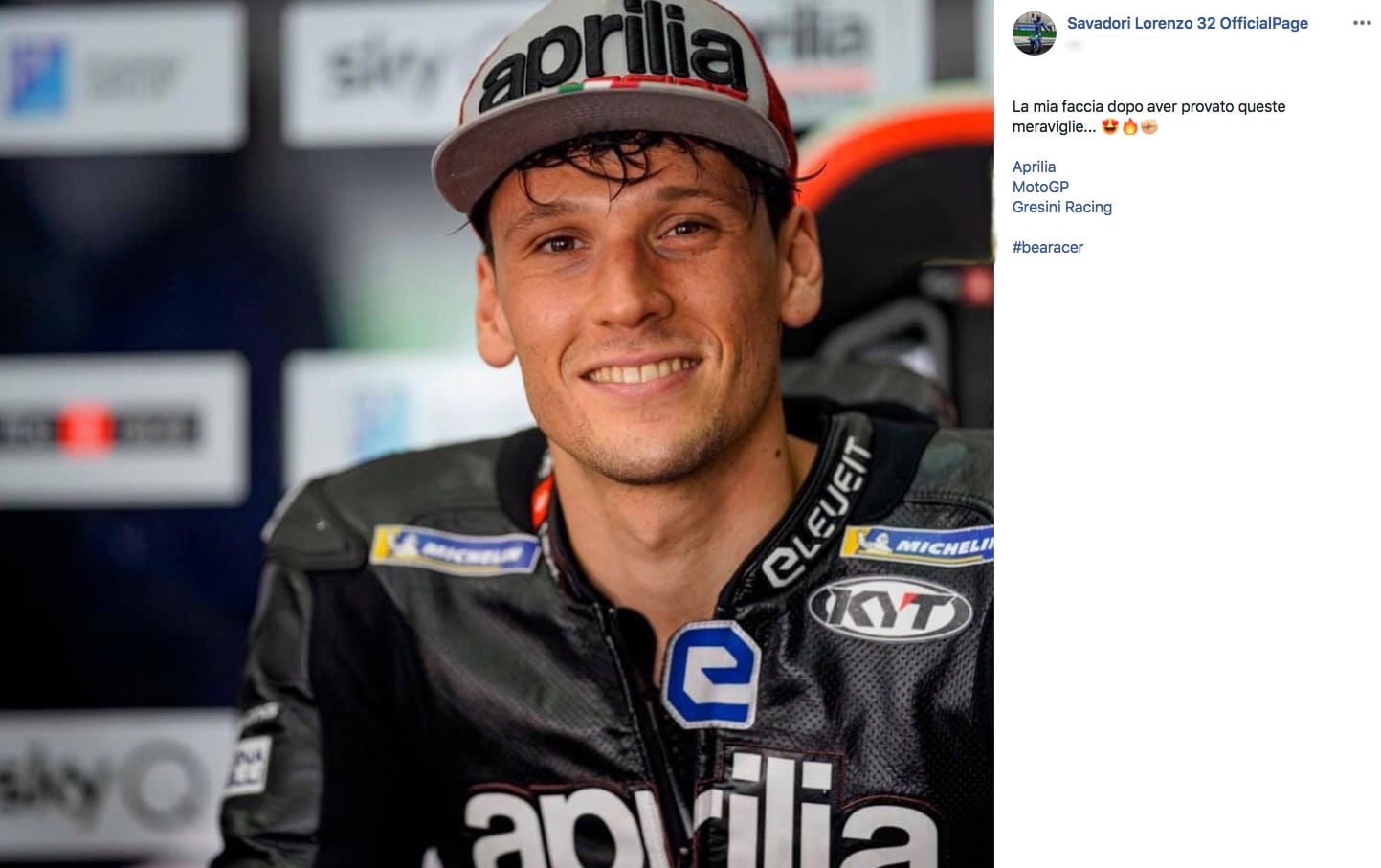 "My face after experiencing these wonders," comments Savadori on his Facebook profile, after driving Aprilia RS-GP 20 prototypes during the recent Sepang MotoGP tests.
Source: www.facebook.com/lorenzosavadori32 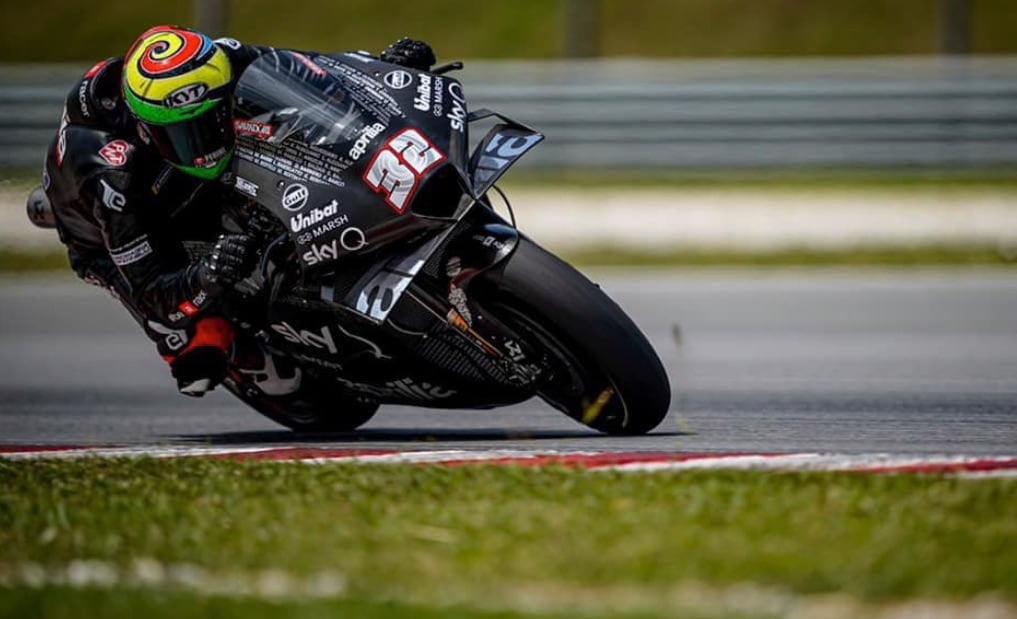 LORENZO SAVADORI (bike no. 32):“I am truly very happy to continue racing for Aprilia Racing. The role of MotoGP tester lets me get close to this category, which is the maximum expression of world motorcycle racing. I am honored and pleased to be part of this project. I wish to thank all of Aprilia Racing and everyone who made this opportunity possible. Now I can’t wait to get started! The Italian championship will also be at a very high level this season. Along with Nuova M2 Racing, we’ll be working very hard and passionately to hold the new RSV4 Factory 1100 high.” 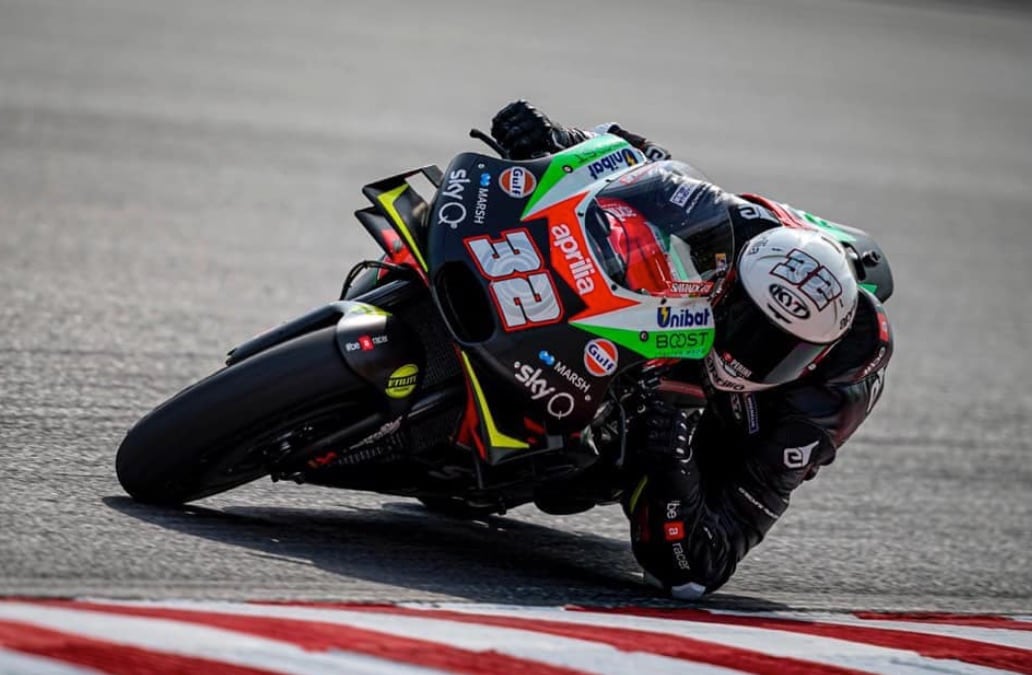