MOTO GUZZI FAST ENDURANCE 2022: SEVENTY RIDERS ON THE STARTING GRID AT THE CREMONA CIRCUIT AND GREAT FUN FOR ALL ASTRIDE THE MOTO GUZZI V7 TROPHY 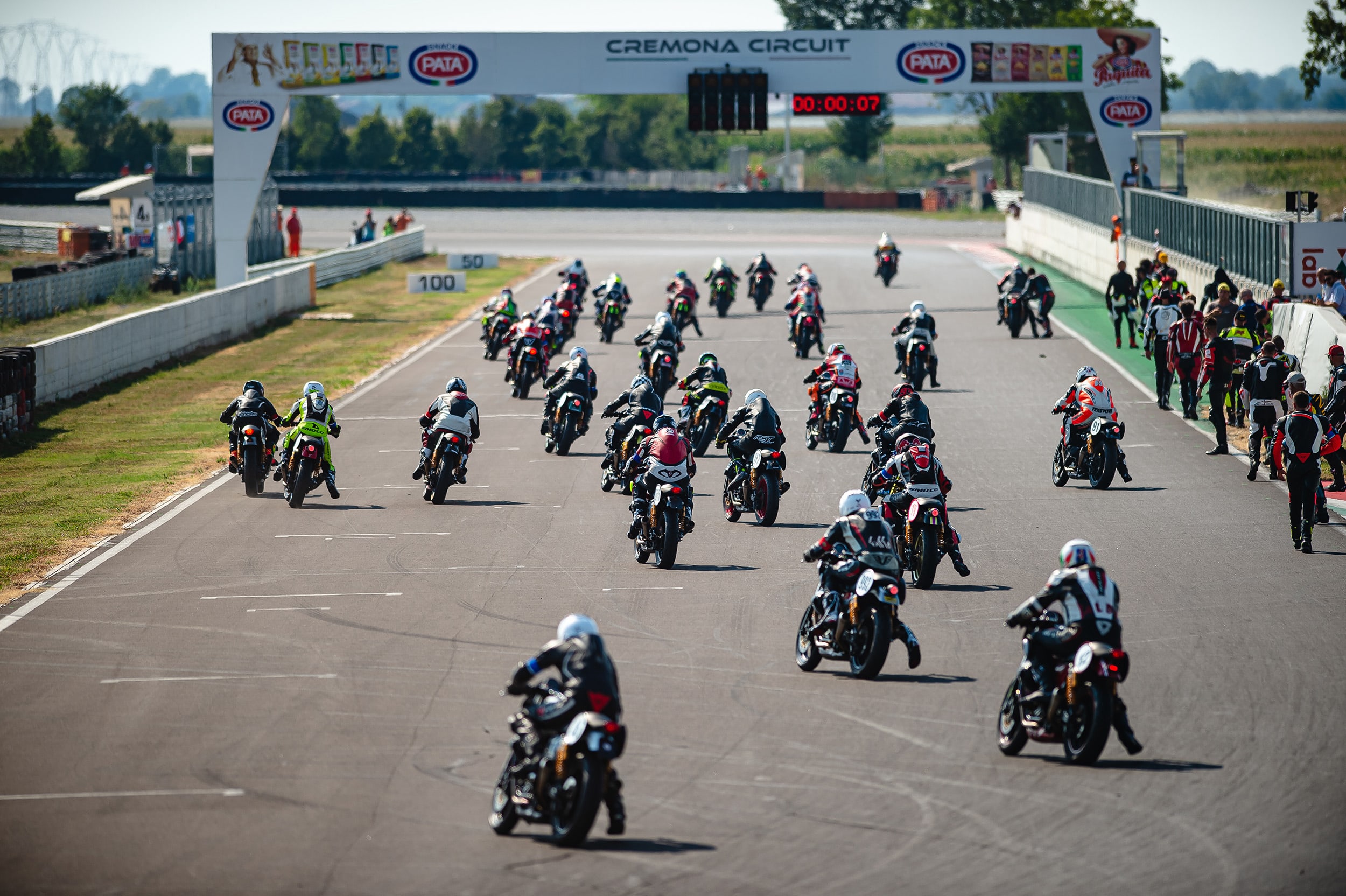 AFTER 90 MINUTES OF RACING, THE THREE TEAMS ON THE PODIUM FINISHED WITHIN JUST 30 SECONDS OF ONE ANOTHER BELLUCCI AND NARI (598 CORSE) WIN AHEAD OF TEAM AR#28 AND GUARACING FACTORY TEAM 1. MARCATO AND PICCIRILLI (NUOVA M2 RACING) TAKE THE WIN IN THE 750 CATEGORY. NEXT ROUND IN MUGELLO ON 28 AUGUST. 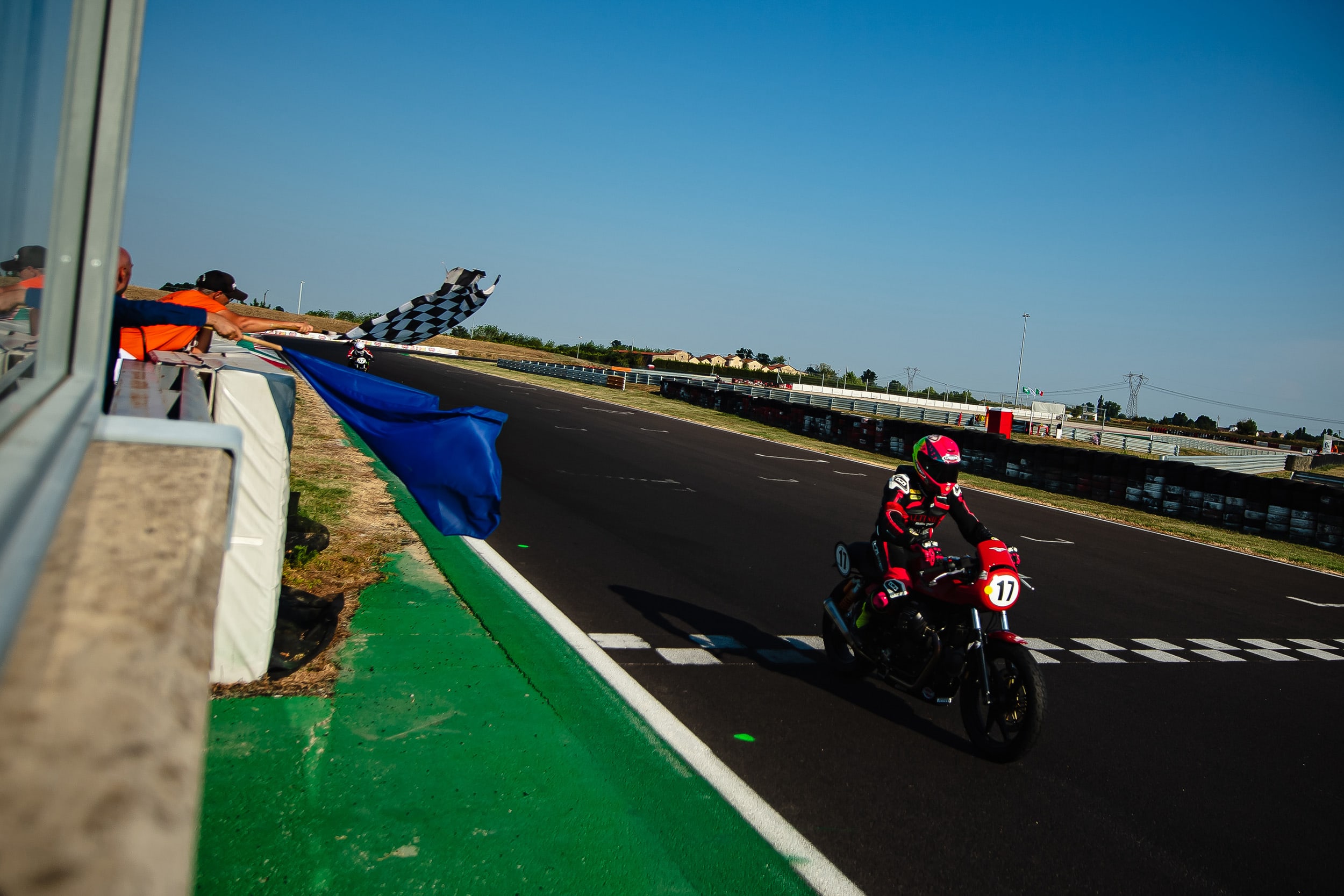 San Martino del Lago (Cremona, Italy), 18 July 2022 - Over the weekend, the Cremona Circuit hosted the second round of the Moto Guzzi Fast Endurance Trophy 2022, with an amazing 70 riders - divided into 35 teams - battling it out astride their Moto Guzzi V7 machines with GCorse Racing Kit and Pirelli Phantom Sportscomp RS tyres. 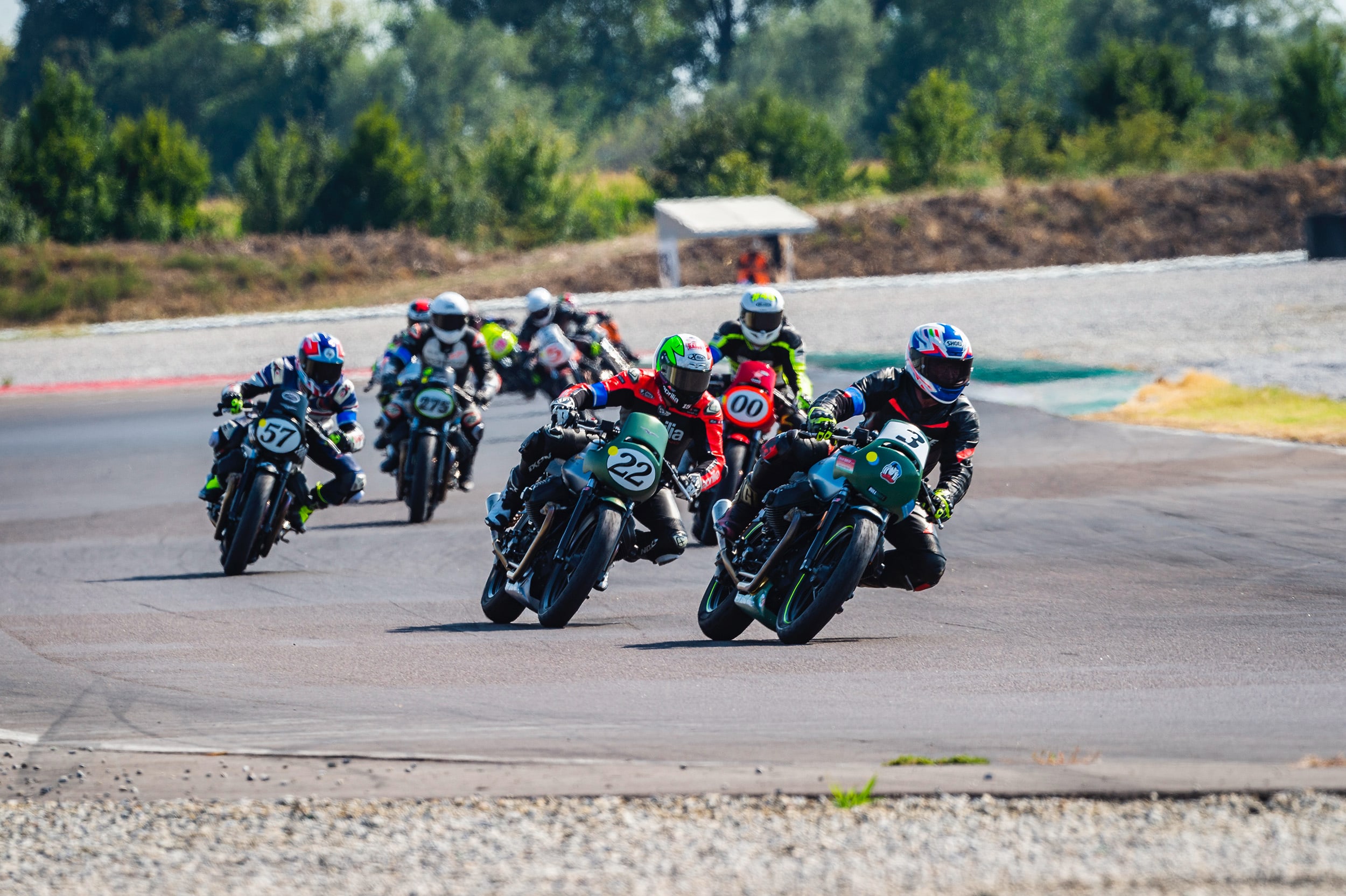 With temperatures approaching 40°C, the 90-minute “mini endurance” race held on the Lombardy track put both riders and the new V7 Trophy bikes to a hard test with the latter confirming the outstanding reliability they had demonstrated in the opening round at Vallelunga, combined with performance worthy of much more powerful bikes. 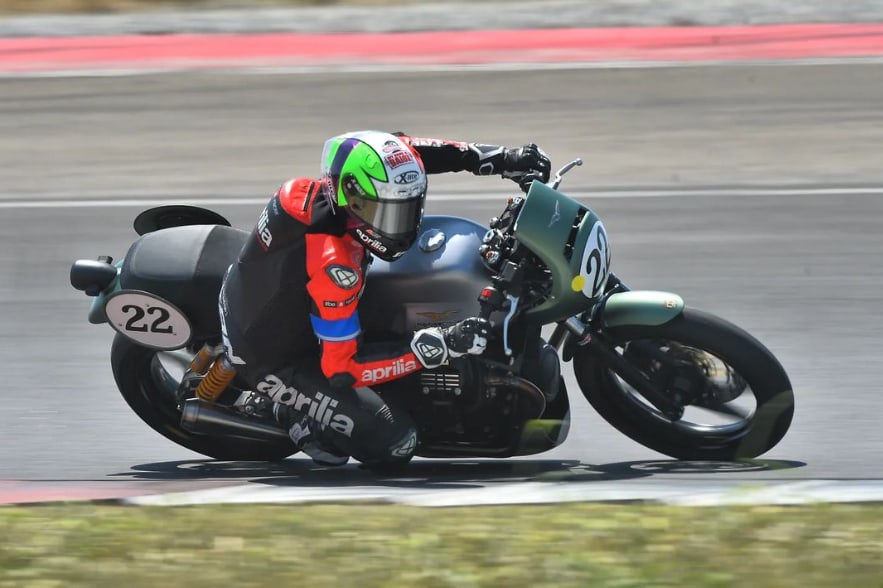 The best time achieved in qualifying by Matteo Baiocco demonstrates this, currently in the role of Aprilia Racing coach in MotoGP, on the starting grid as a special guest for this round: 1’49”911. 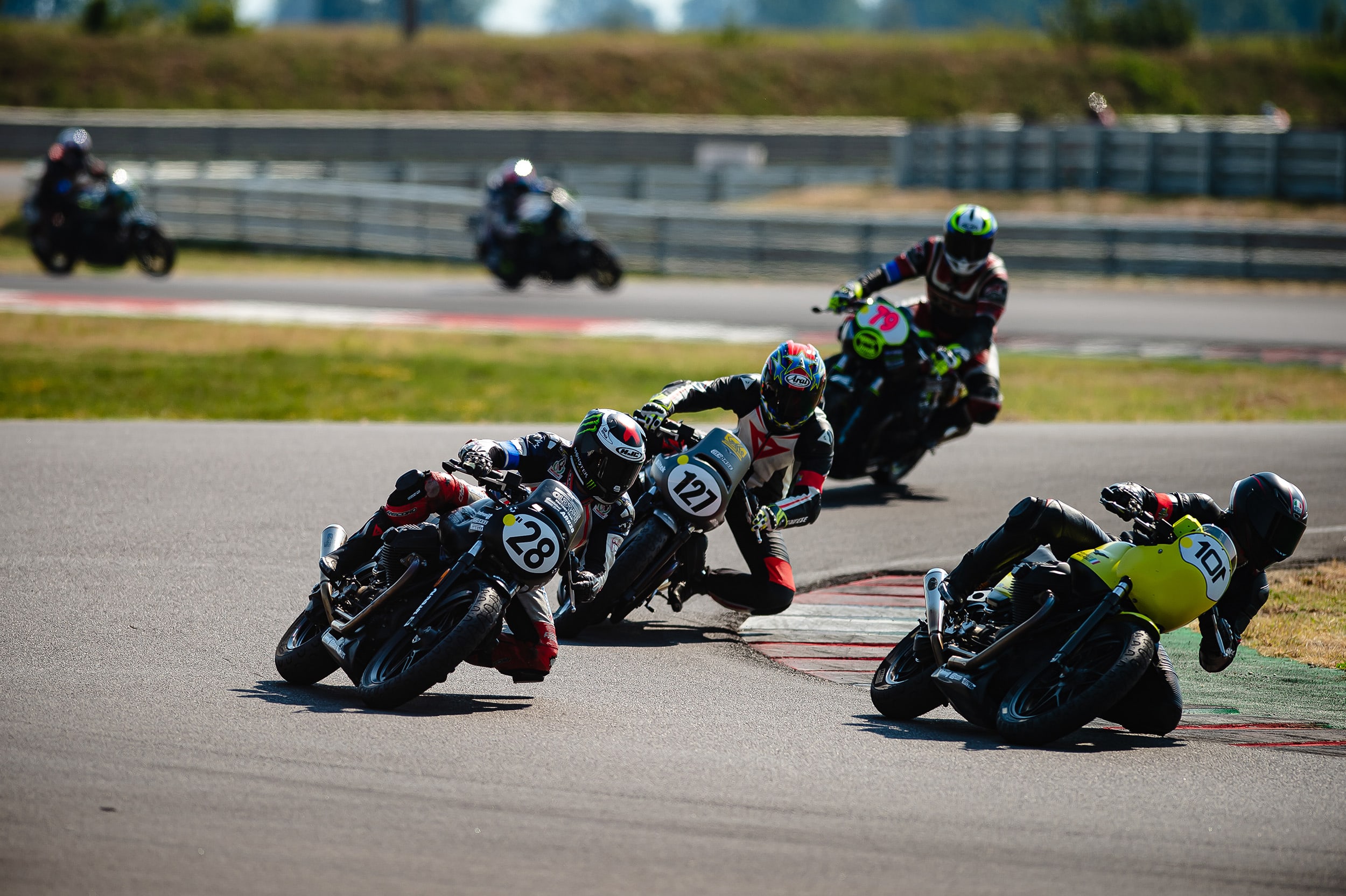 Three teams were protagonists in the battle for the win: Emiliano Bellucci and Stefano Nari (Team 598), coming off a double win in the opening round at Vallelunga, confirmed their status as the best, finishing with an advantage of just over 17” ahead of the aggressive duo of Alberto Rota and Mauro Poloni (Team AR#28), who took their first, well-deserved podium in the Trophy. A bit farther back, at 31” from the leaders, were Gianfranco Rubini and Jacopo Rizzardi (Guaracing Factory Team 1), taking their third consecutive podium. Team Zard (Milone-Varanese) also rode a good race, finishing fourth and not far behind the leaders. 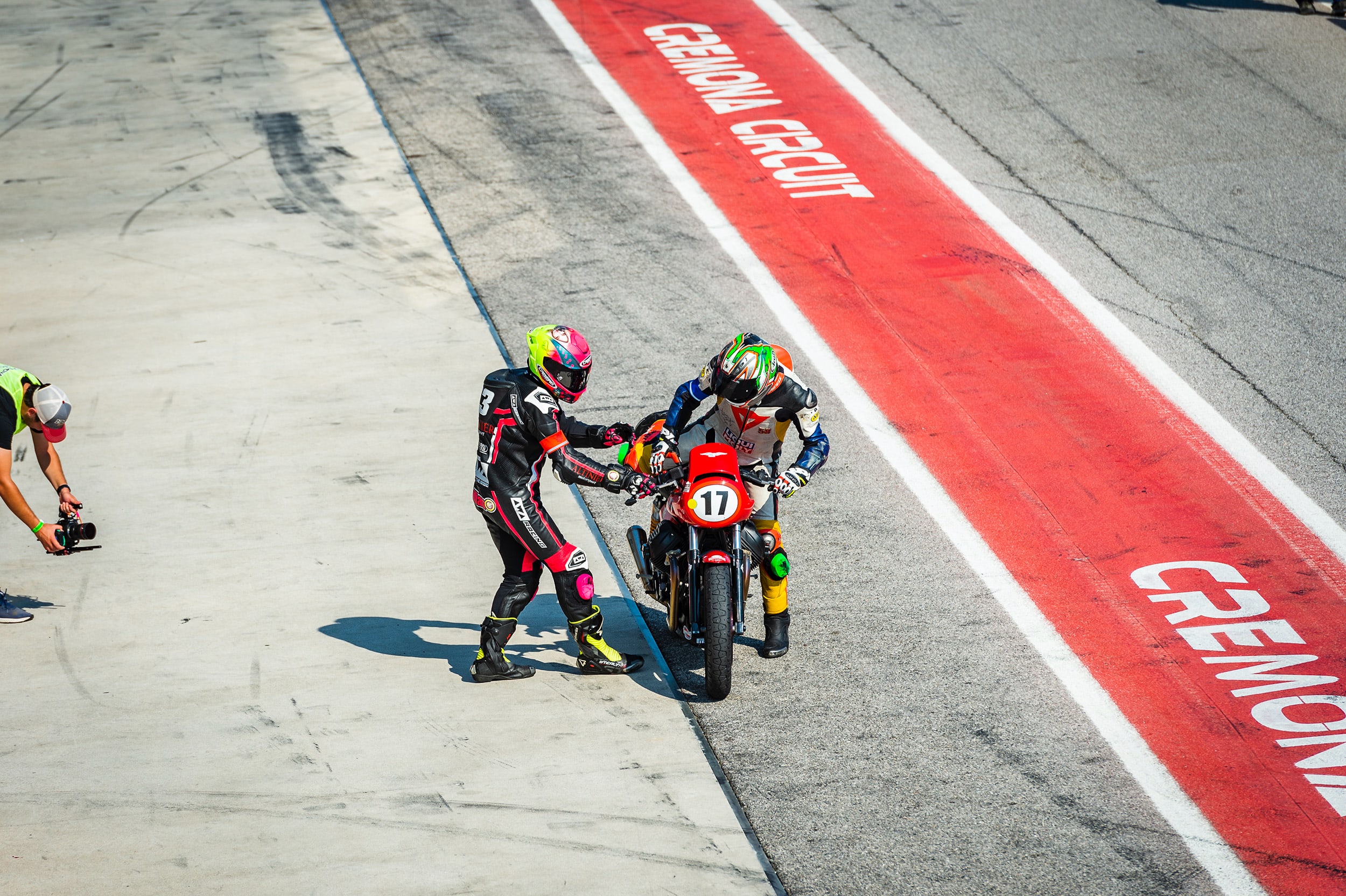 In the 750 class, reserved for V7 III machines, which livened up the first three editions of the Trophy and which is on the track once again this year with its own dedicated standings, Nicola Marcato and Franco Piccirilli (Nuova M2 Racing) took their first win, proving to be particularly at ease straight away on the Cremona Circuit. Behind them were Luca Ciuti and Dario Benfaremo (Banda Racing dei Rapaci) and the “cousins” of Team dei Rapaci 1 (Luca Fornasiero-Mauro Rossignoli). 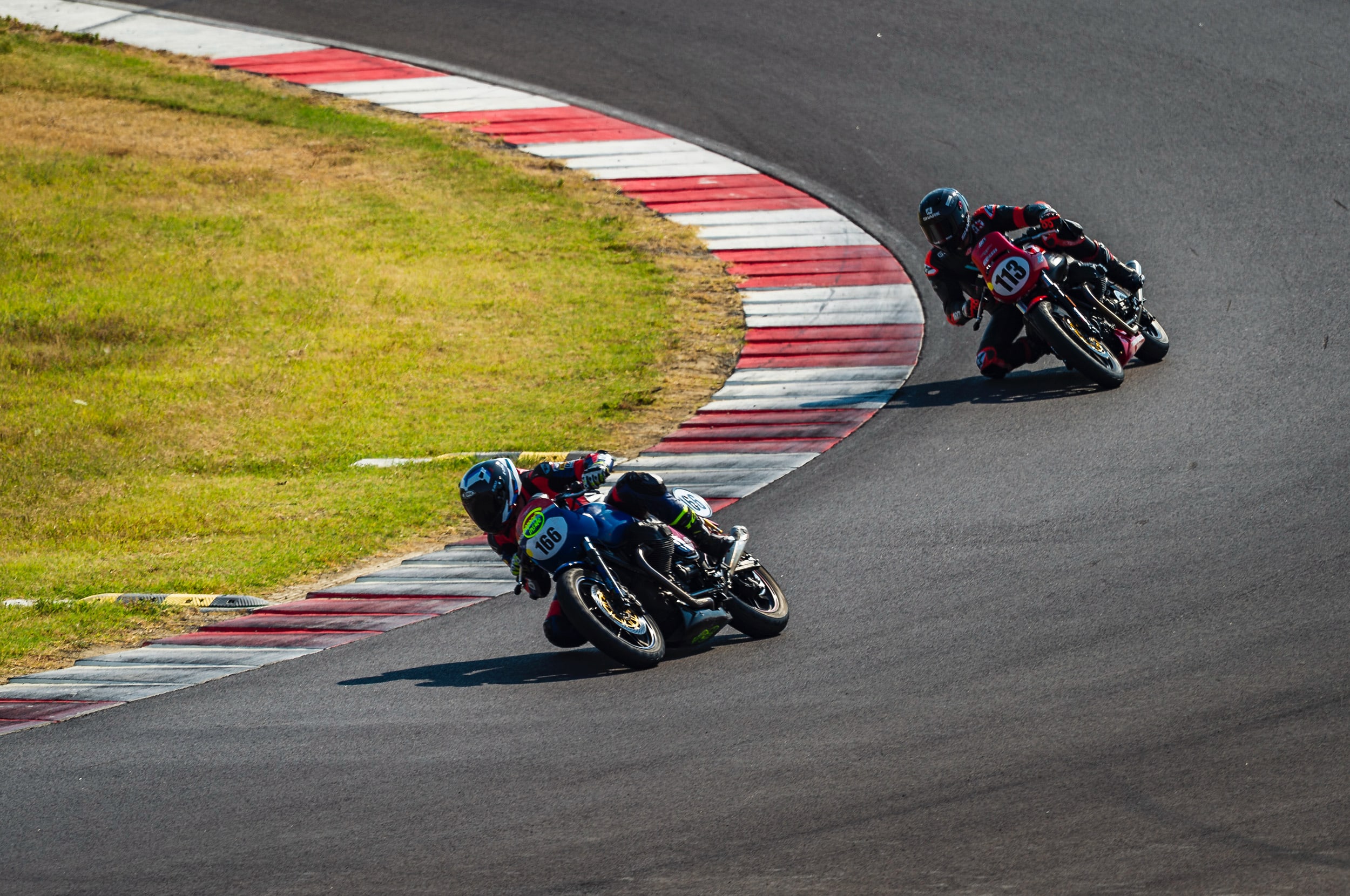 The next round is just over one month away on 28 August, scheduled to be held on the spectacular ups and downs of Mugello, another new entry on the Trophy calendar. It will be followed by the grand finale in Misano, with a double race on 15 and 16 October, the first of which will be raced at night.