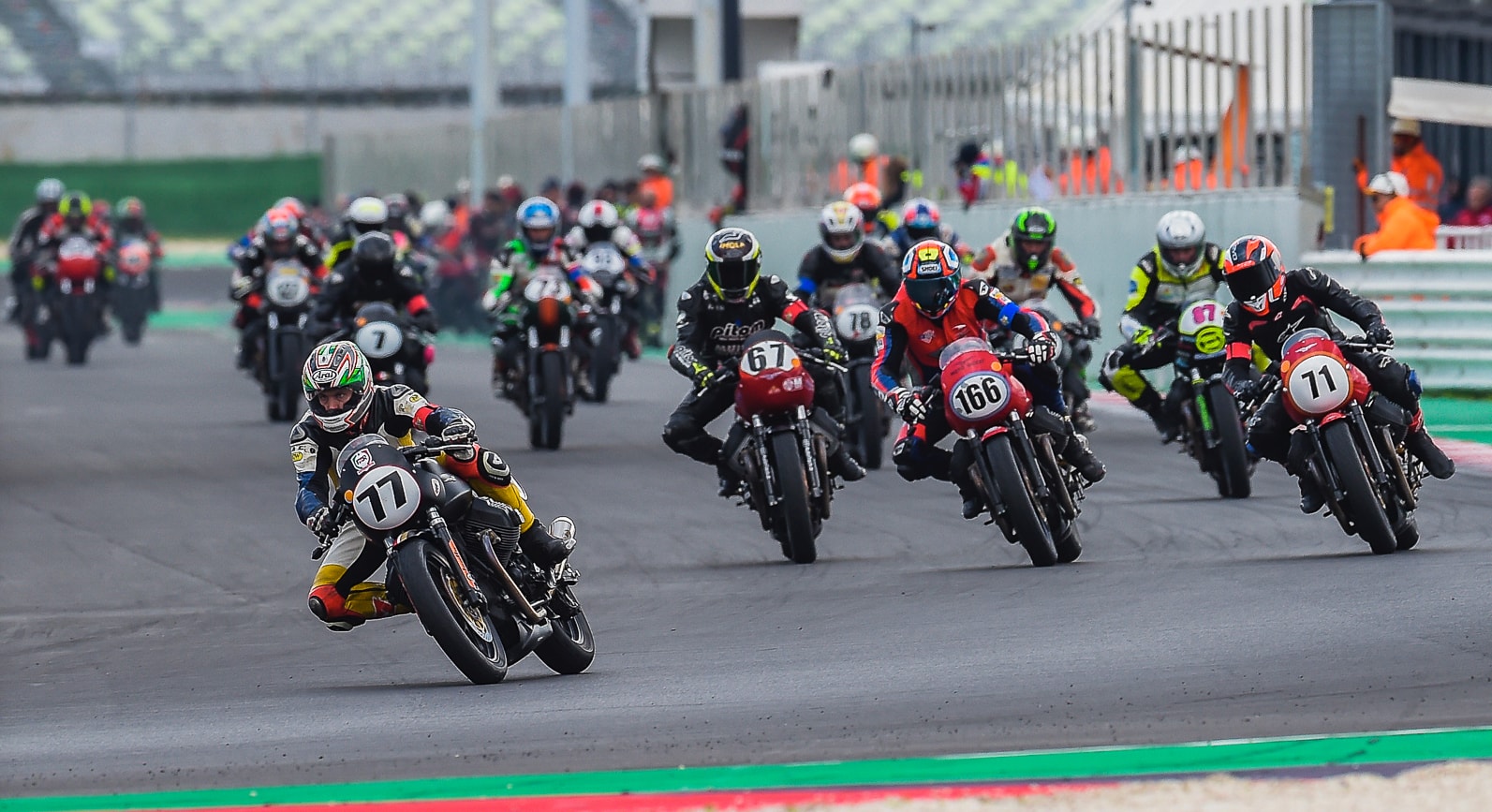 Misano Adriatico (Rimini, Italy), 11 October 2021 - At the end of another extremely fun season for all the participants astride Moto Guzzi V7 III bikes, the 2021 Moto Guzzi Fast Endurance European Cup wound up in the hands of the Team Pablo duo, made up of Paolo Rovelli and Francesco Curinga. 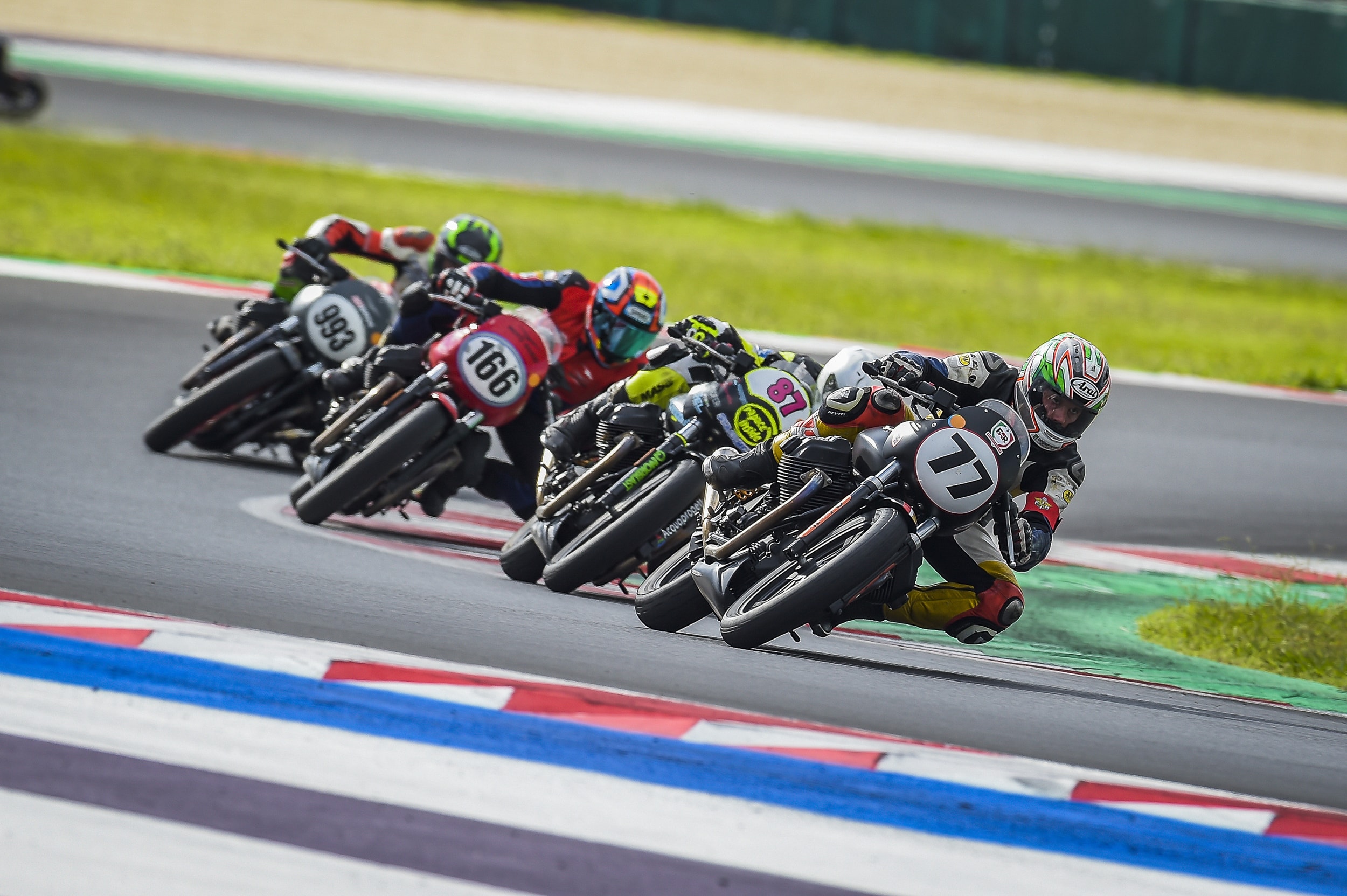 The Rovelli-Curinga team was certainly rewarded for their speed, but more than anything, for their teamwork and consistency, with six top-six finishes in as many “mini endurance” races, including a win in Vallelunga and two second-place finishes, earned in Varano and Magione. Therefore, when they arrived at the final round in Misano leading the standings, all Team Pablo needed to hold onto first place was a fifth-place finish, also aided by a mistake made by the other title contenders, Altinier Motorsport & Biker’s Island (Emiliano Bellucci - Tommaso Totti), who finished 14th after a crash. 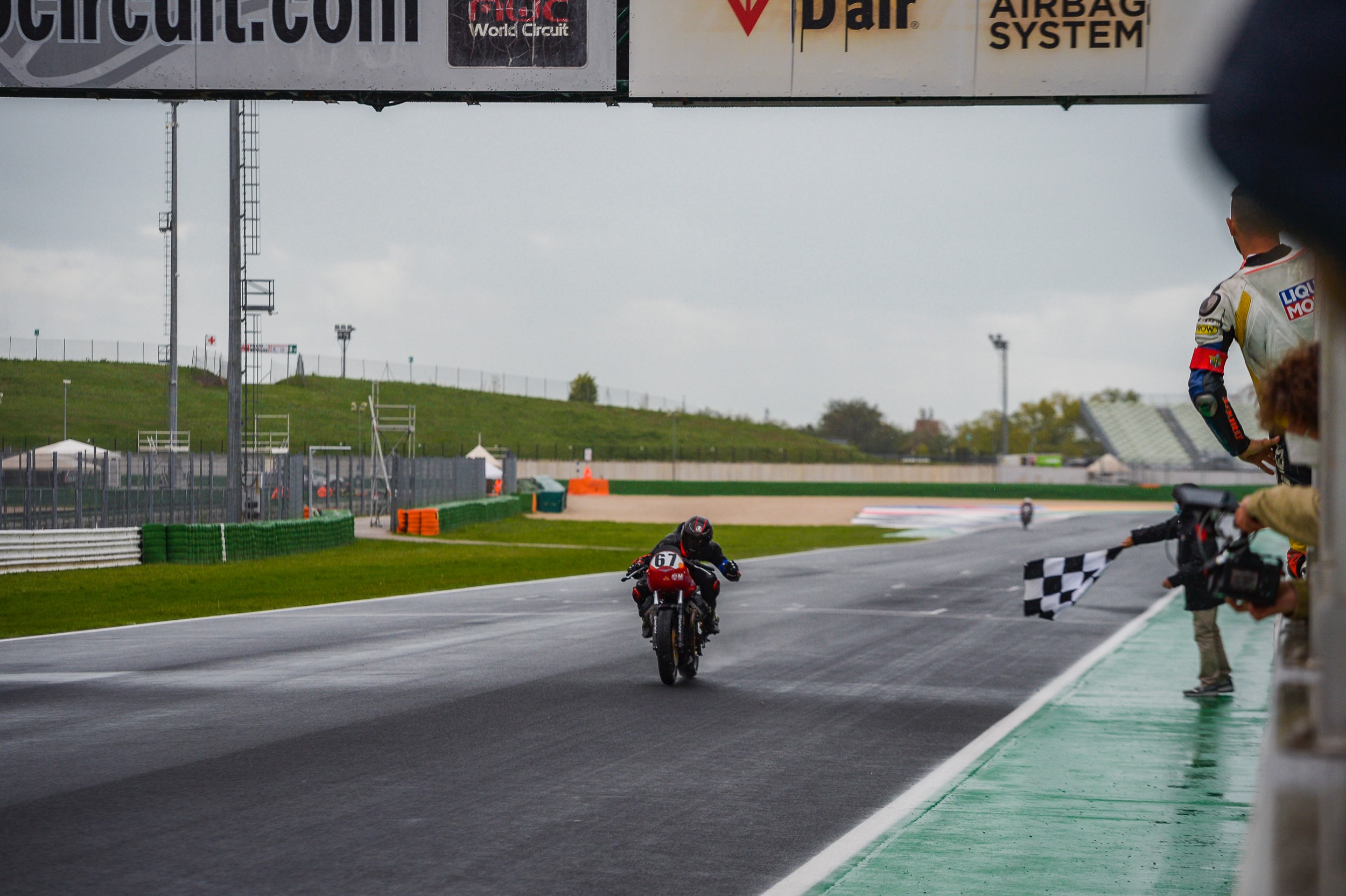 Prominent protagonists in the 90-minute race on the track by the Adriatic shore were Bryan D’Onofrio and Matteo Minganti, the extremely young pair on the grid for Autotech.it. After taking pole position, the two Imola natives maintained the race lead until 20 minutes from the end. Surprised by the rain and second-place Team VMS Benty 2 (Stefano Nari - Marco Leardini), initially more at ease in the wet than they were, D’Onofrio and Minganti reacted quickly, moving back into the lead at the last rider change and keeping their rivals at bay. So, despite their best efforts, VMS Benty 2 had to settle for runner-up, a placement which still allowed them to finish second in the overall standings. 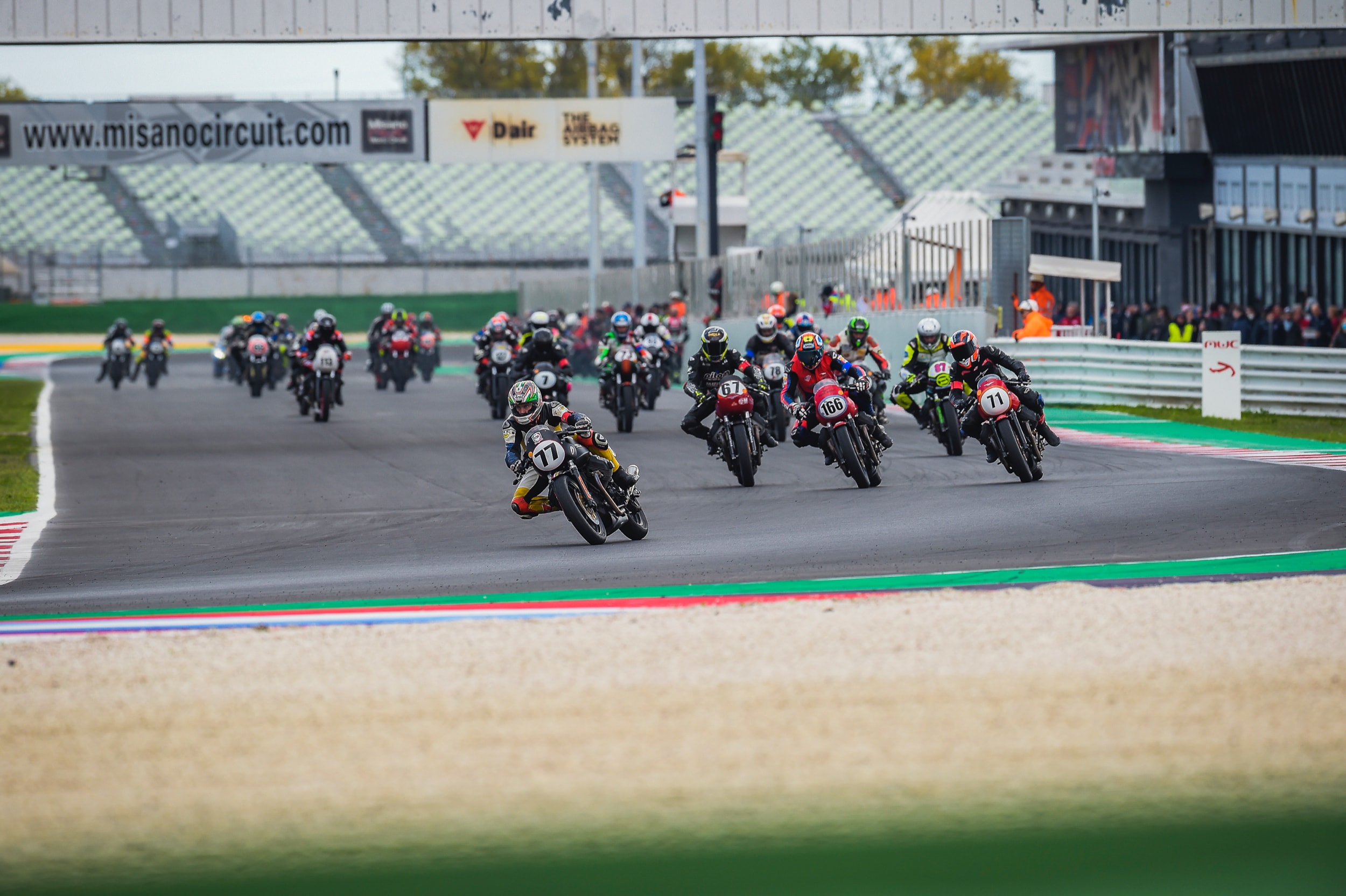 Autotech.it also took the fastest lap of the race, done by Bryan D’Onofrio in 1’59”226 with an average of 127.603 km/h, a time that confirms the outstanding features of the Moto Guzzi V7 III outfitted with the Gcorse Racing Kit and Pirelli Phantom Sportscomp RS tyres.
Third place went to team Moto Club dei Rapaci (Luca Fornasiero - Mauro Rossignoli), who had a podium finish fall into their lap at the finish due to a crash on the final lap involving their friends from their “twin” team, Moto Club dei Rapaci 2, Pierluigi Begossi and Marco Mirenda. 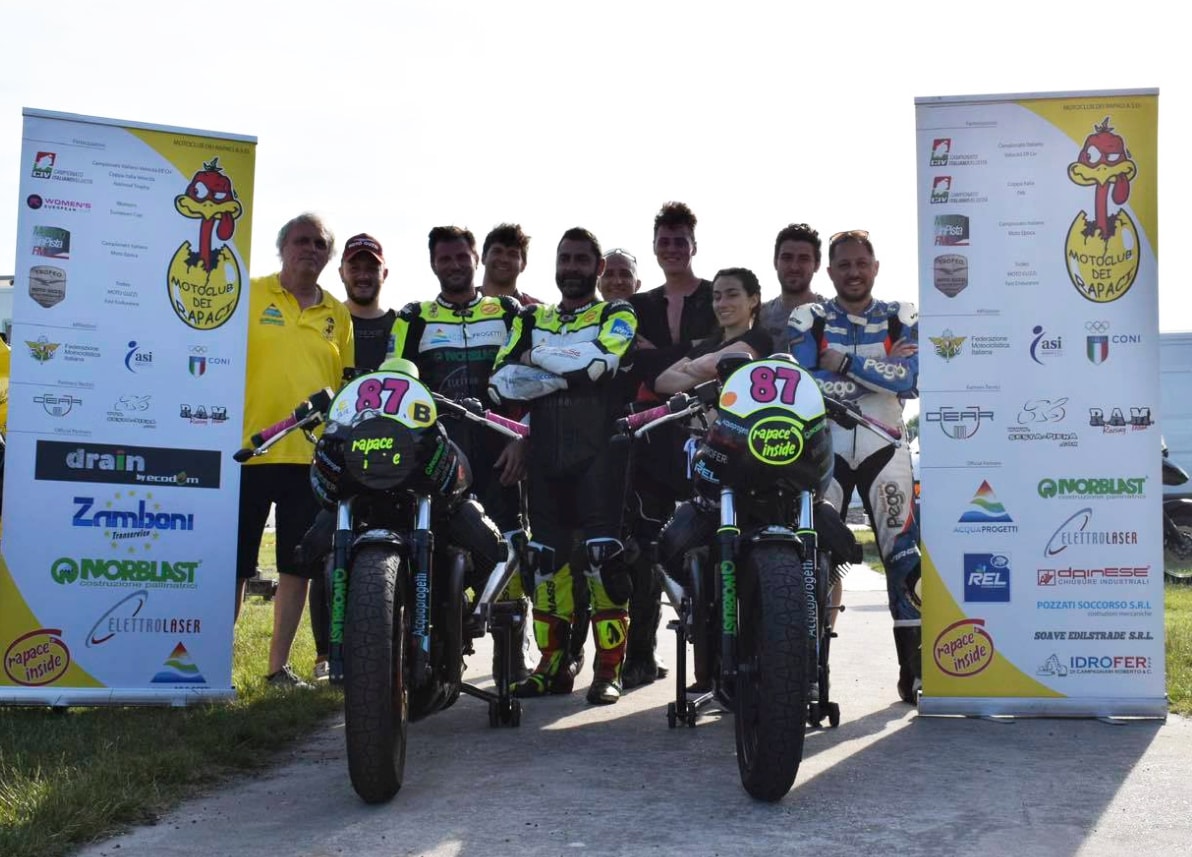 So, with more than 30 teams battling it out on the track, the third edition of the Eagle single-brand cup came to a close, a championship suited for all that has attracted droves of motorcycle enthusiasts, many of which in their first approach to track competition and the “guzzista” world, made up of great passion, friendship and fun. 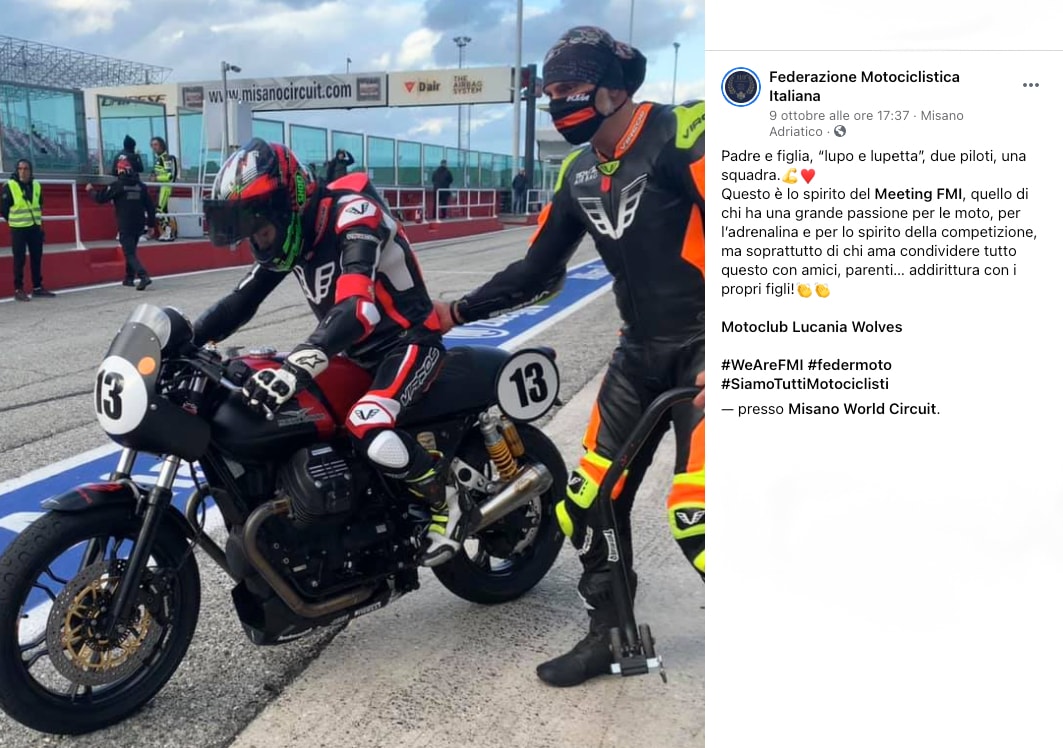 Father and daughter, “wolf and cub”, two riders, one team. This is the spirit of Meeting FMI, the spirit of those who have a great passion for bikes, adrenaline, and the racing spirit, but above all, those who love sharing all this with friends, relatives… and even with their own children! Motoclub Lucania Wolves, riding a Moto Guzzi V7 – trophy version – at the Misano Circuit.
Image source – Federmoto (FMI-Italian Motorcycle Federation): www.facebook.com/federmoto 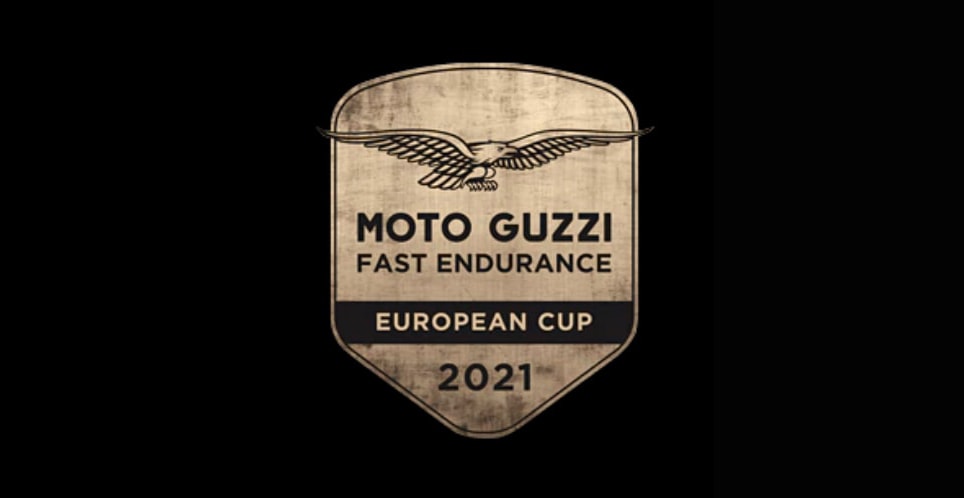