MOTO GUZZI FAST ENDURANCE, GRAND FINALE IN MISANO: 2022 CHAMPS ARE BELLUCCI-NARI OF TEAM 598 CORSE IN THE 850 CLASS, MARCATO-PICCIRILLI OF NUOVAM2 RACING IN THE 750 CLASS

October 2022 - The grand finale of this thrilling 2022 Moto Guzzi Fast Endurance season was raced, as has become tradition, on the prestigious Misano circuit, on the same track where the MotoGP bikes took to the track just a few short weeks ago in early September. Race 1 was held under the lights, followed by the final mini endurance race of the Trophy on the following morning.

LOTS OF NEW ELEMENTS, THE SAME INTENSE EMOTION. The first clearly new element this year was the weather which, unlike the last editions, welcomed the many Guzzi riders with sunshine reminiscent of late summer days, making everyone forget about the temperatures one might usually expect in mid-October on the Adriatic Riviera.

And, for the first time, the more than 30 V7 bikes participating in the qualifiers on Saturday were all already fitted with headlamps and position lights, an aesthetic and practical change implemented in view of the new highly anticipated night race: 1h30’ of competition with starting time at 7:20 PM on Saturday, with the asphalt illuminated by the headlamps of the racing Eagles and the track lights!

THE DOMINATION OF THE 2022 CHAMPS. In the final standings of the “eight-fifty” category the Bellucci-Nari duo (team 598 Corse) dominated as champions. Exciting and with no uncertainties, the season for their number 17 V7 saw them take first place in every round, with the exception of (and it was almost big news!) their second place in Race 1 right there in Misano, where they were forced to surrender the top step of the podium to the extremely fast AR#28 team (Rota-Poloni), first in times and in top speed both on Saturday and on Sunday.

The leadership in the V7 III standings also speaks clearly, with the fierce fighting 750cc Eagles demonstrating one more time (the last time with dedicated standings) all of their agility on the most twisty sectors of Misano. Triumphant here was the Marcato-Piccirilli duo (Nuova M2 Racing), victorious in Race 2 and finishing ahead of the rest after a commanding season which ended with an amazing 3 wins out of a total of 6 races. The Misano night race, on the other hand, went to the Garage 71 team (Appella-Colonna), back to its winning ways after the double win at the opening round in Vallelunga.

THE ATTRACTION OF A WINNING FORMULA. In Fast Endurance, for the second round in a row, the great Marco Lucchinelli took to the track on the number 117 V7 (Zard Junior Team), 1981 World Championship GP Motorcycle Racing champ, paired once again with Fausto Ricci, 1988 European 250 class champ. They took two outstanding seventh place 750 class finishes in both races. And, speaking of World Championship GP Motorcycle Racing glory, as teams and riders prepared for Race 2 on Sunday morning, the Misano World Circuit welcomed 15-time world champion Giacomo Agostini. Ago went out on track with his historic No. 1 MV Agusta 500, leading a procession ahead of a plethora of bikes. A worthy celebration of 80 years of a true legend of motorcycle racing.

On the number 22 “eight-fifty” V7, on the other hand, were wild card riders Stefano Cordara, managing director of RED-Live.it, and his colleague, Marco Selvetti. In order to immerse himself fully in the Moto Guzzi atmosphere, Stefano travelled to the Riviera directly astride an Arancione Rame V7 Stone 850 and in the Misano pit lane, the two set up a true mini monitoring station to follow the progress of the qualifiers and races live.

They certainly pulled no punches on the track, dropping below 2’ as early as the Q1 session and performing memorably: third on the podium in race 1, fourth overall on Sunday.

CONFIRMATIONS FROM THE V7 TROPHY. This edition of Fast Endurance broke all participation record, both in terms of teams racing and the public, including friends and relatives who came out to support their riders throughout this fantastic Moto Guzzi branded adventure. Now more than ever, the single-brand trophy shows how the sporty soul which has always been in the DNA of the Eagle from Mandello is not just the legacy of its bright past, but it still shines extremely brightly in all the riders - young and not so young - who, with the same spirit of collaboration and friendship, shared this thrilling adventure with the other teams. Round after round, the Fast Endurance competition has consistently managed to reinvent itself from 2019 to the present with the conviction that the V7 bikes with the special Trophy package, fine-tuned by the Guareschi brothers, are the ideal vehicles for approaching motorsports in a fun and easy way, as much for novices as for those who are accustomed to much different power. This is also demonstrated by the many and highly capable guests who took to the track in 2022 for this championship that never ceases to thrill and entertain riders and the public. 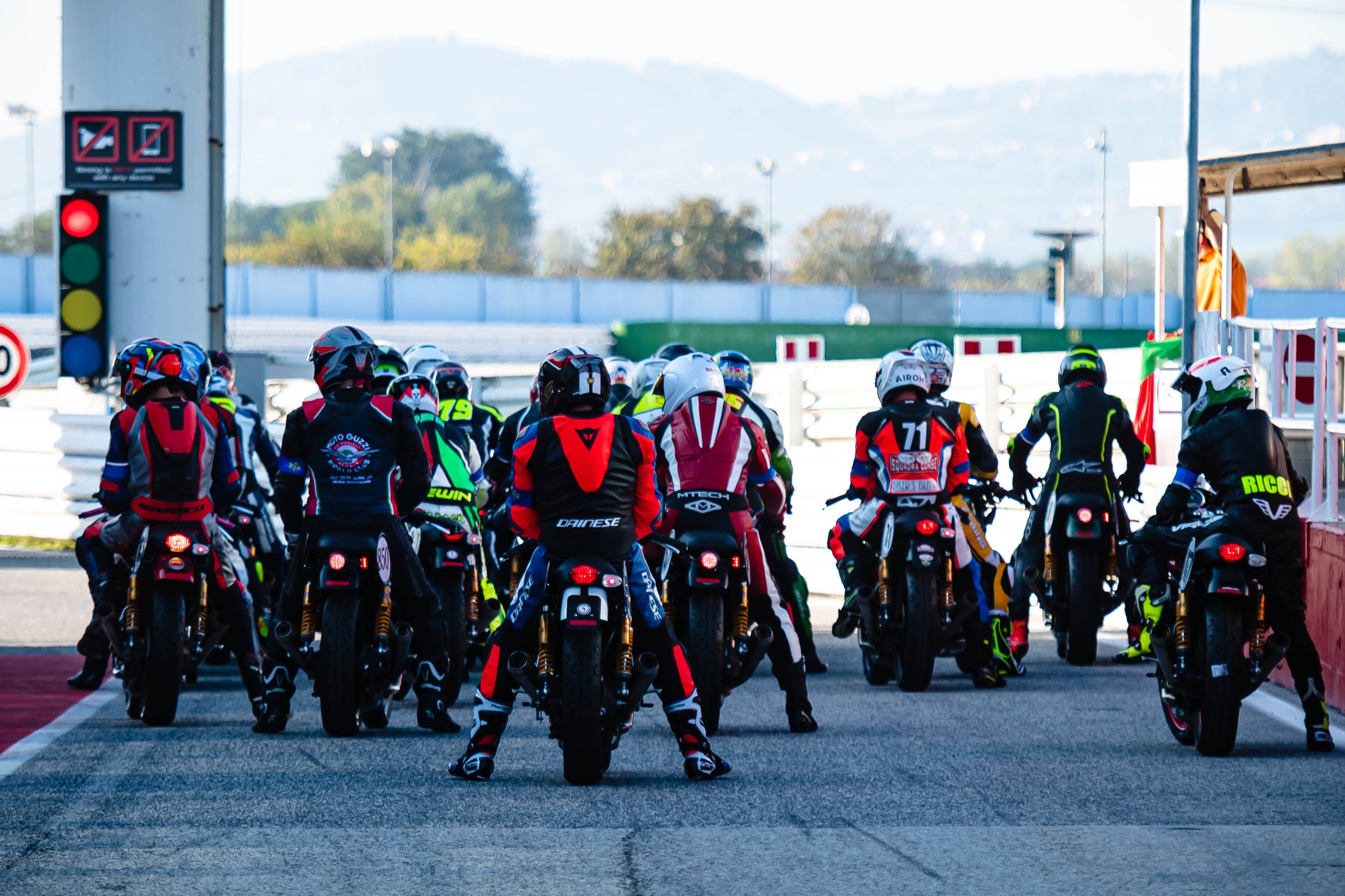 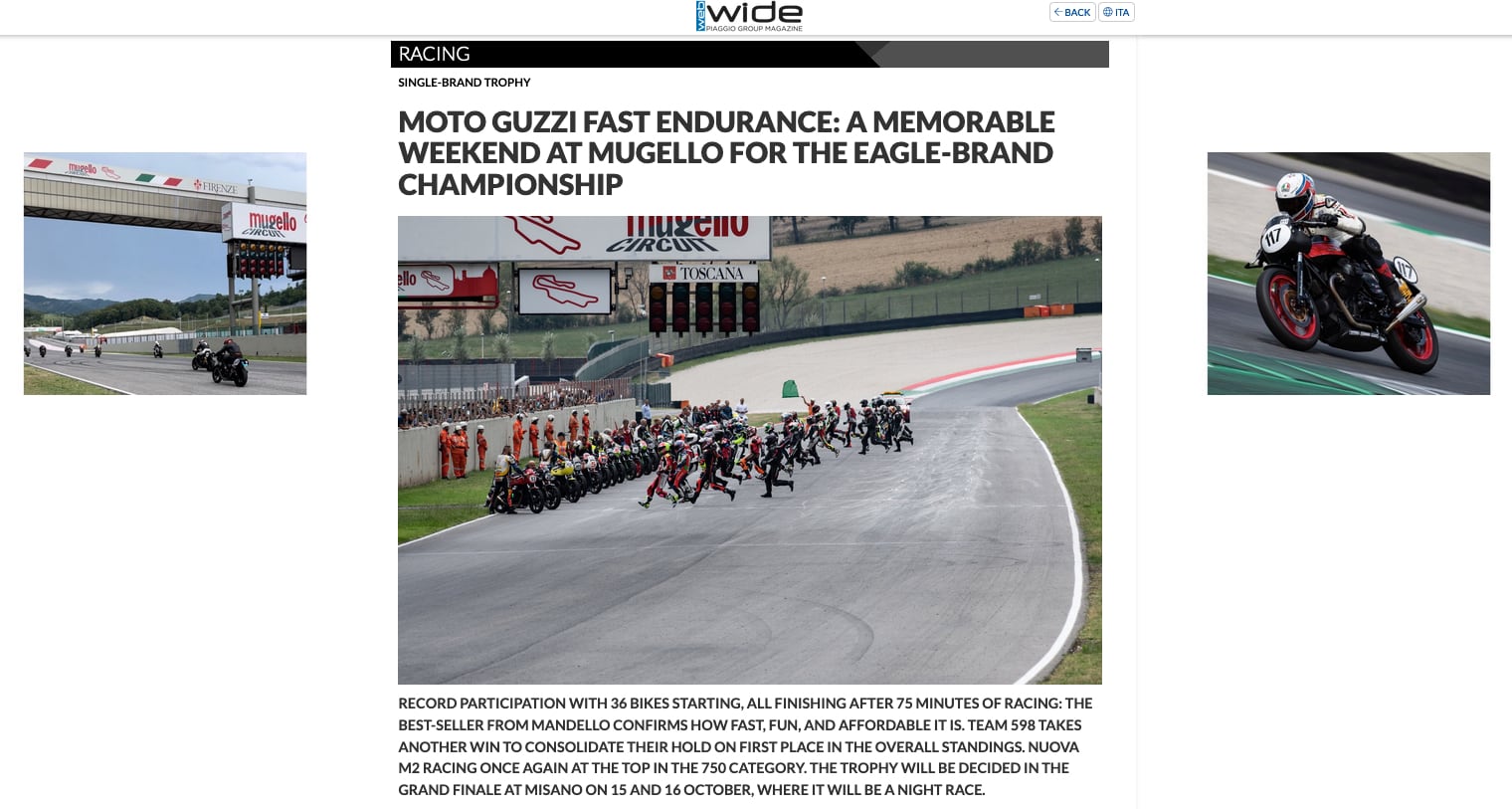