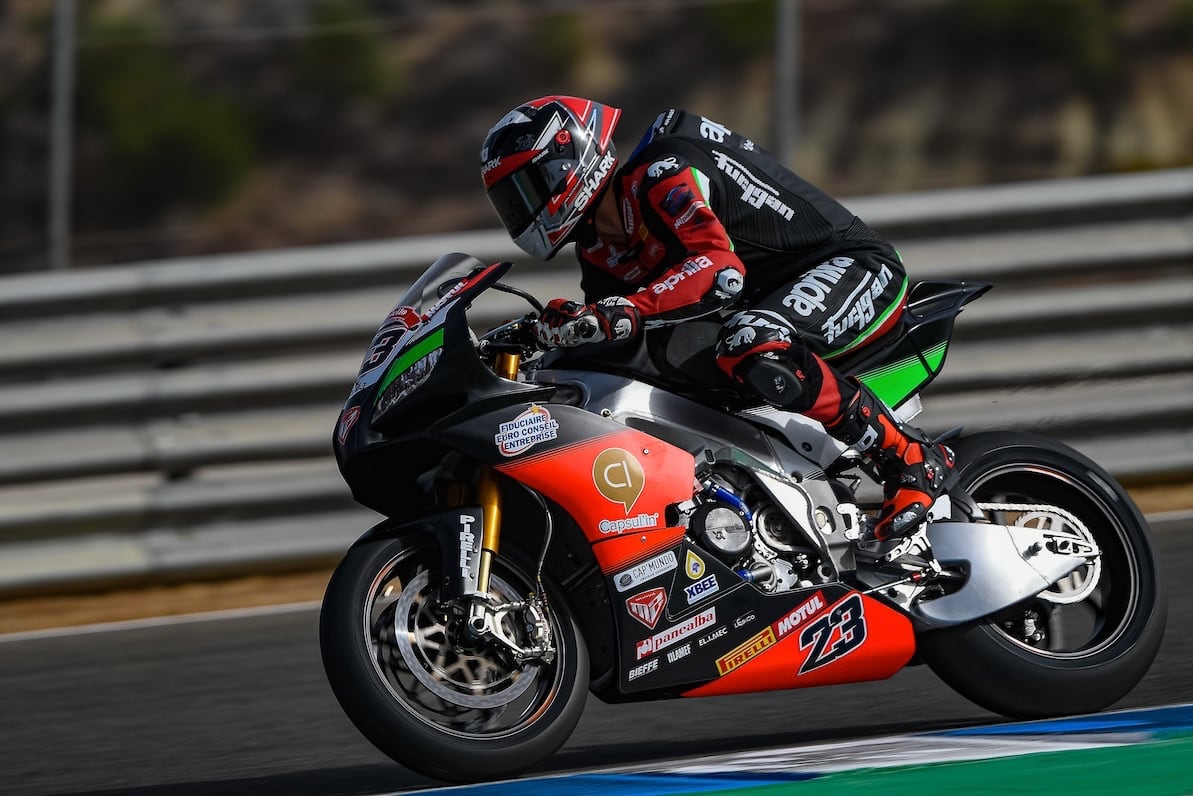 SOLID RACE IN JEREZ FOR THE FRENCH RIDER, IN THE POINTS FOR HIS WORLD CHAMPIONSHIP DÉBUT. NEXT ROUNDS: PORTIMÃO, ARAGÓN, BARCELONA AND MAGNY-COURS. 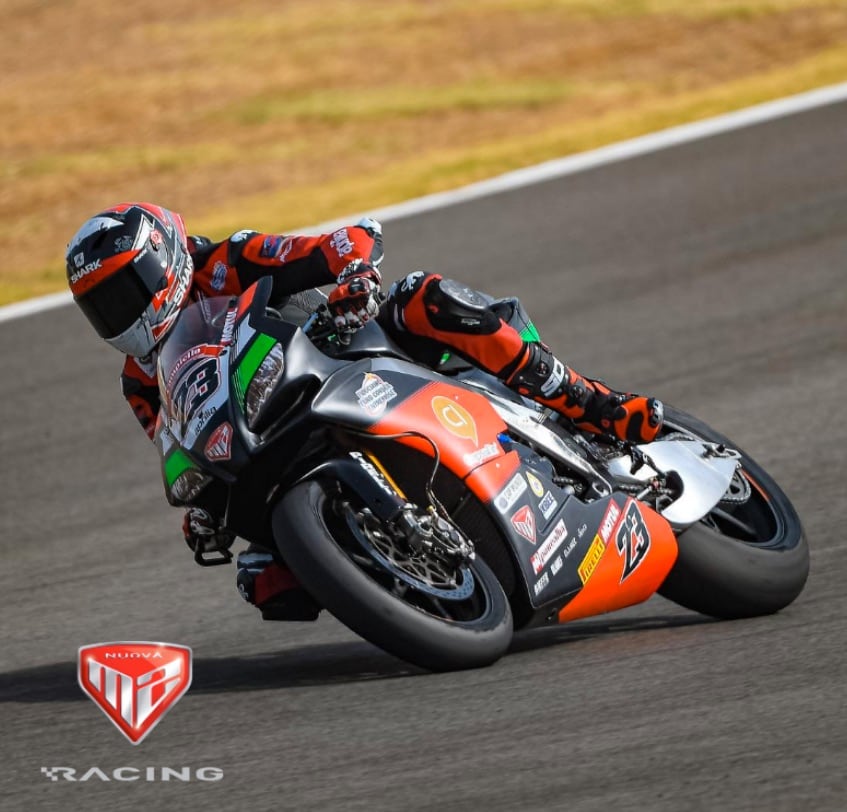 Jerez de la Frontera (Spain), 31 July 2020 - Nuova M2 Racing makes its début at Jerez in the 2020 World Superbike top class with Aprilia and Christophe Ponsson. Jerez is the first of the five wild cards planned which include Portimão, Aragón, Barcelona And Magny-Cours.
After the first free practice sessions today, where the French rider had the chance to test a few tyre solutions, the third free practice session is scheduled for tomorrow, followed by Superpole and the first race of the 2020 season for the team. Nuova M2 Racing and Christophe Ponsson are ready to race with the V4 from Noale in the reference championship for factory derivative bikes. 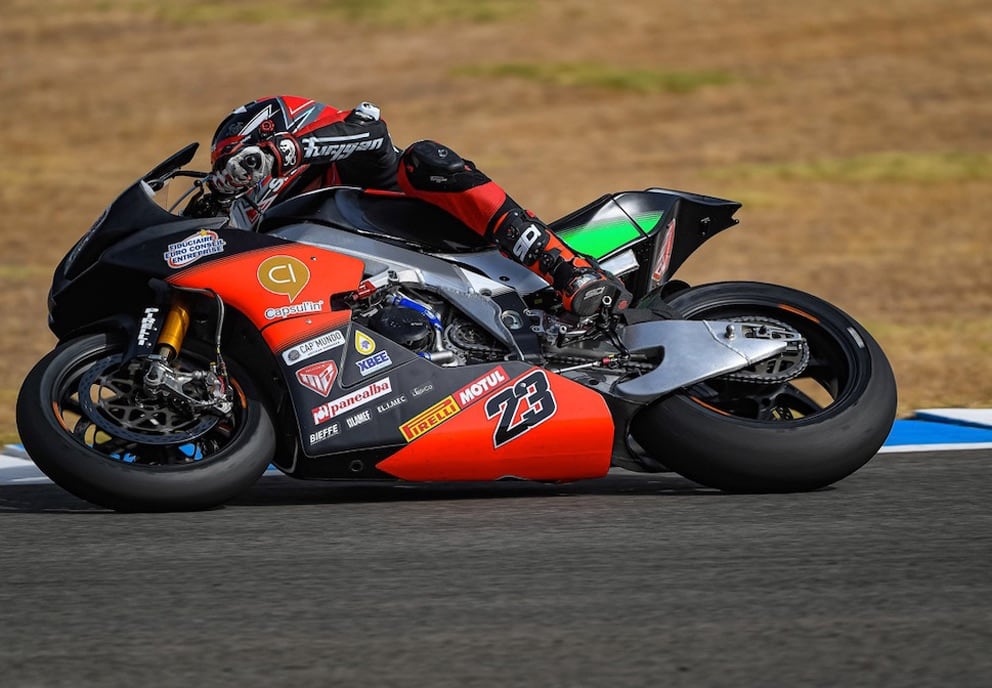 Christophe Ponsson – Superbike (bike No. 23): “I am happy to start our season here in Jerez. I like this track a lot and my feeling with the Aprilia RSV4 1000 is getting better and better. The temperature is very high and the track is very slippery in these conditions. We need to work well with managing the tyres because the two main races here are 20 laps each and I'm used to 15-lap races.”
SOLID RACE FOR PONSSON, IN THE POINTS FOR HIS WORLD CHAMPIONSHIP DÉBUT WITH THE NUOVA M2 RACING APRILIA 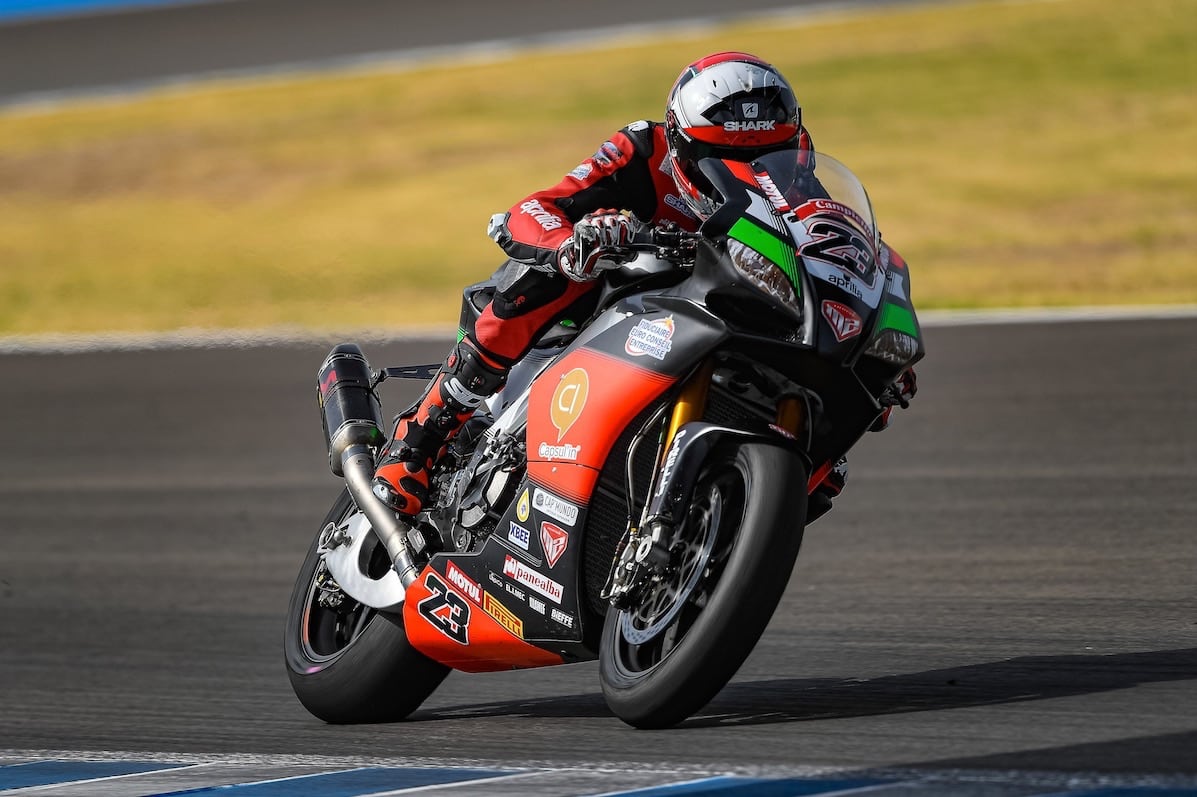 Jerez de la Frontera (Spain), 1 August 2020 - First World Superbike Championship race for Nuova M2 Racing which, at Jerez de la Frontera, puts Christophe Ponsson on the grid astride the Aprilia RSV4.
In Race 1, the Frenchman got off the grid well, moving up a few positions straight away. The weather conditions were rather demanding, with ambient temperatures at 37 degrees Centigrade and the asphalt as high as 60 degrees, so Ponsson rode a very cautious race, setting his pace without risking and doing a series of laps that let him stay in the centre of the group. 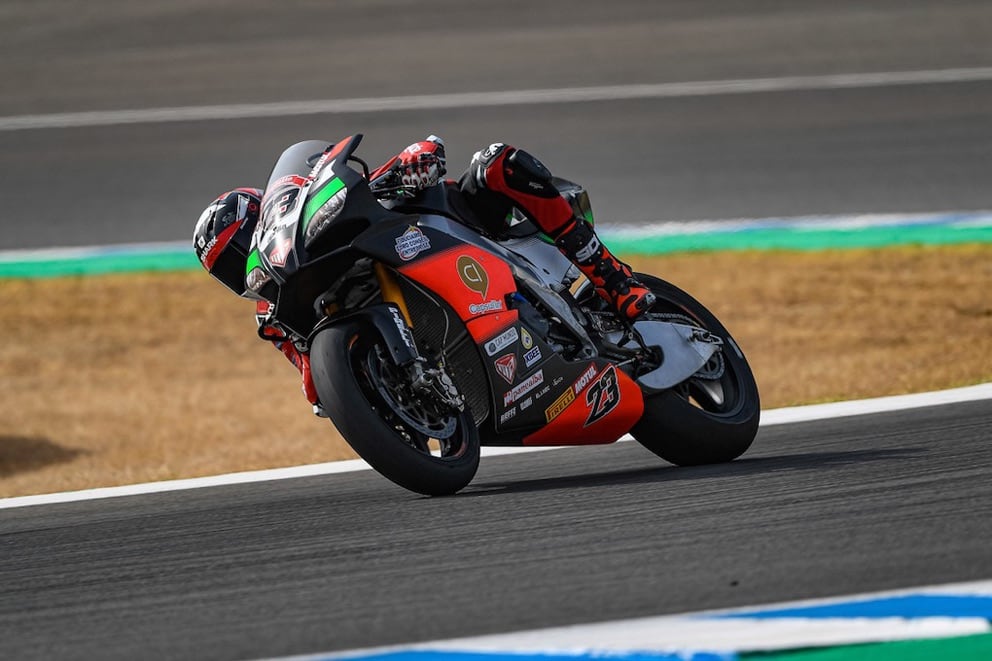 Thanks to the work and support of the entire Nuova M2 Racing team, Christophe rode steadily in the points zone, moving up as far as thirteenth and then, on the final turn of the last lap, he made a fantastic overtaking manoeuvre to finish his first race twelfth.
First points in the World Superbike Championship for Christophe Ponsson, whose name is now on the overall standings, along with Aprilia, both with 4 points. 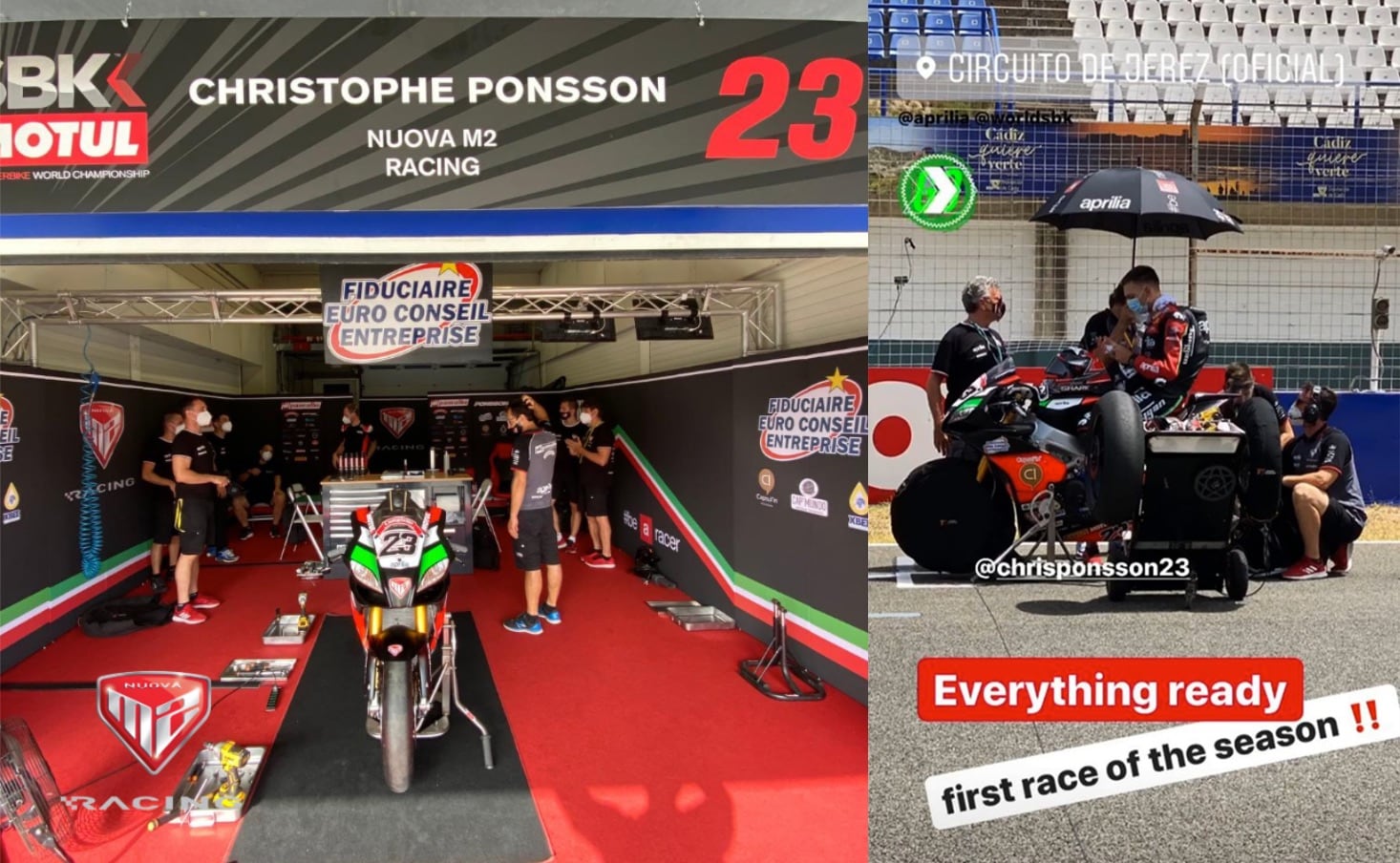 Christophe Ponsson – Superbike (bike No. 23): “I think that this was a good first race for me and for the Nuova M2 Racing team. Just a month ago we were far from being able to ride a race like this because I still hadn’t found the right feeling on the bike, but in the last tests in Aragón, we took a big step forward. Yesterday and this morning, we worked very well with the team and all of this led to me finding more confidence, which let me push hard. I had the sensation that I could have pushed even harder, but I had to deal with managing the tyres in the race. I decided to finish the race, gaining a lot of experience. Twenty Superbike race laps on the Aprilia RSV4 are extremely important for me and they are a good base of data to analyse so we can improve even more.” 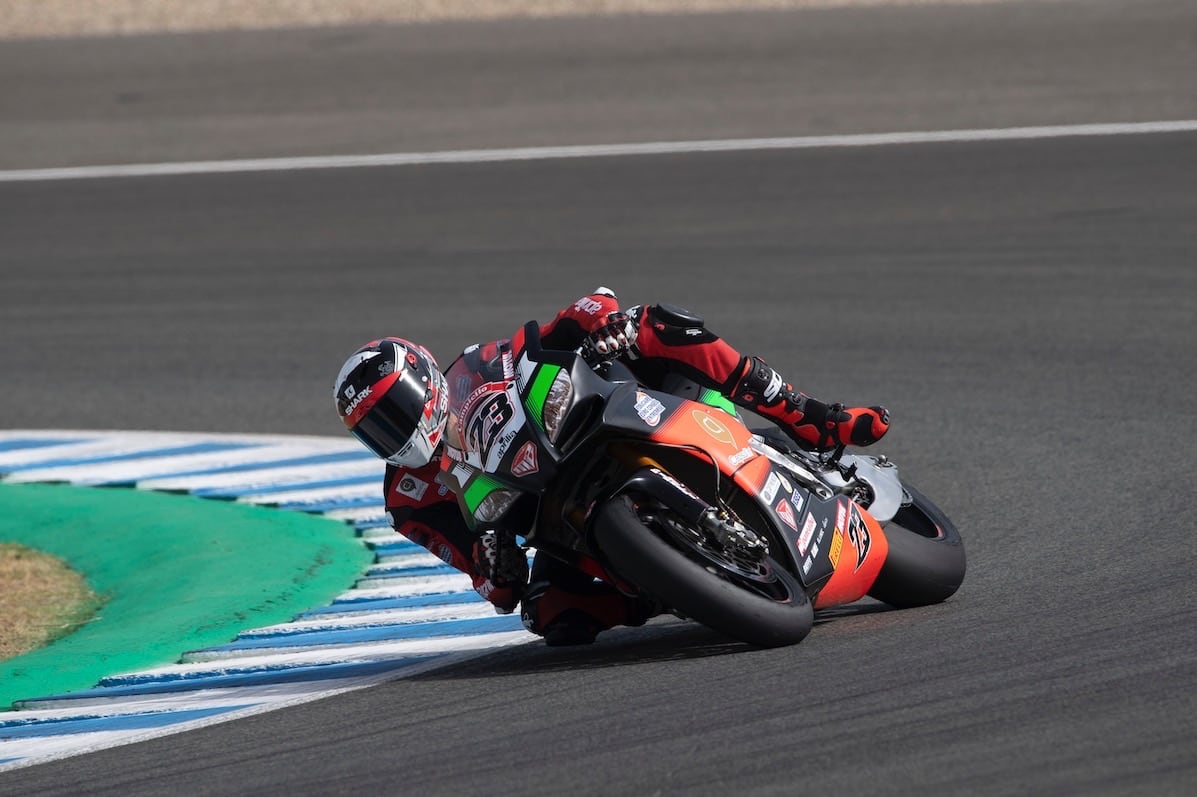 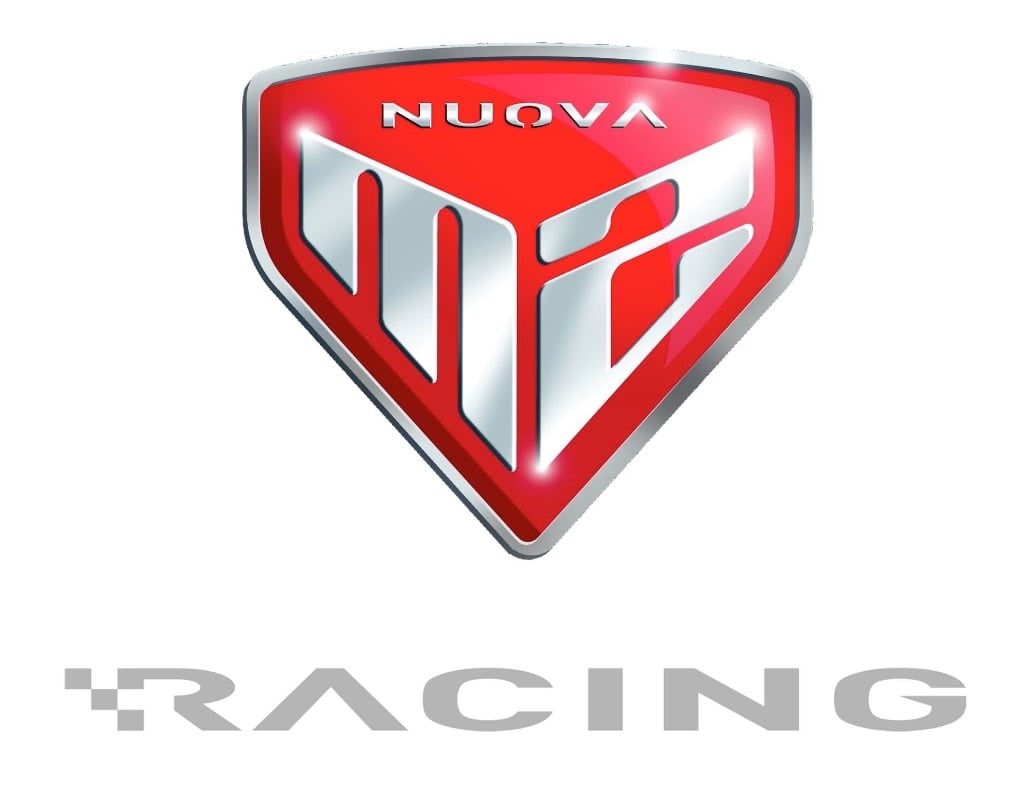