SCHEDULED TO RELEASE ON AUGUST 2021

PREVIEW - RIMS RACING: APRILIA RSV4 1100 AT THE CENTER OF THE SCENE IN THE NEW VIDEO GAMEPLAY 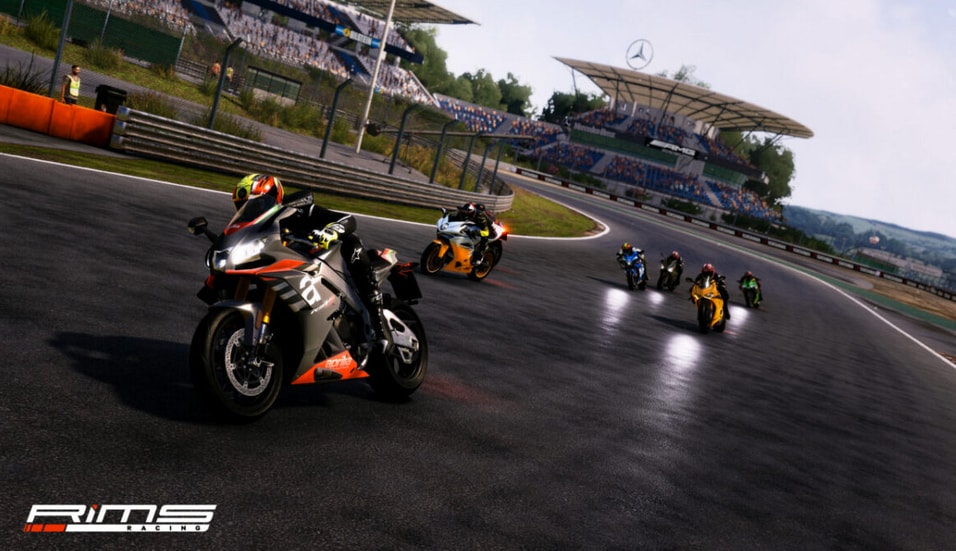 May 2021 - NACON and RaceWard Studio are presented to the international press the very first gameplay images of RiMS Racing, a brand-new motorbike game concept scheduled for release on 19 August 2021. The experts from Italian studio RaceWard have developed a game that gives players an unparalleled experience, blending driving and mechanics, pushing the limits of realism and customization.

Hot on the heels of the Ducati Panigale V4 R and the MV Agusta F4 RC, another of the eight motorbikes available in RiMS Racing is presented: the Aprilia RSV4 1100 Factory, winner of 7 SBK World Titles. A masterpiece of aerodynamics and speed thanks to the integrated winglets and a double-layered fairing, the latest offering from the Aprilia Racing department incorporates the most powerful engine they have ever used, capable of up to 217 horsepower. Just as with each of the perfectly reproduced motorbikes in the game, the Aprilia will be optimized throughout the player's progress using the mechanical interface developed by RaceWard Studio. 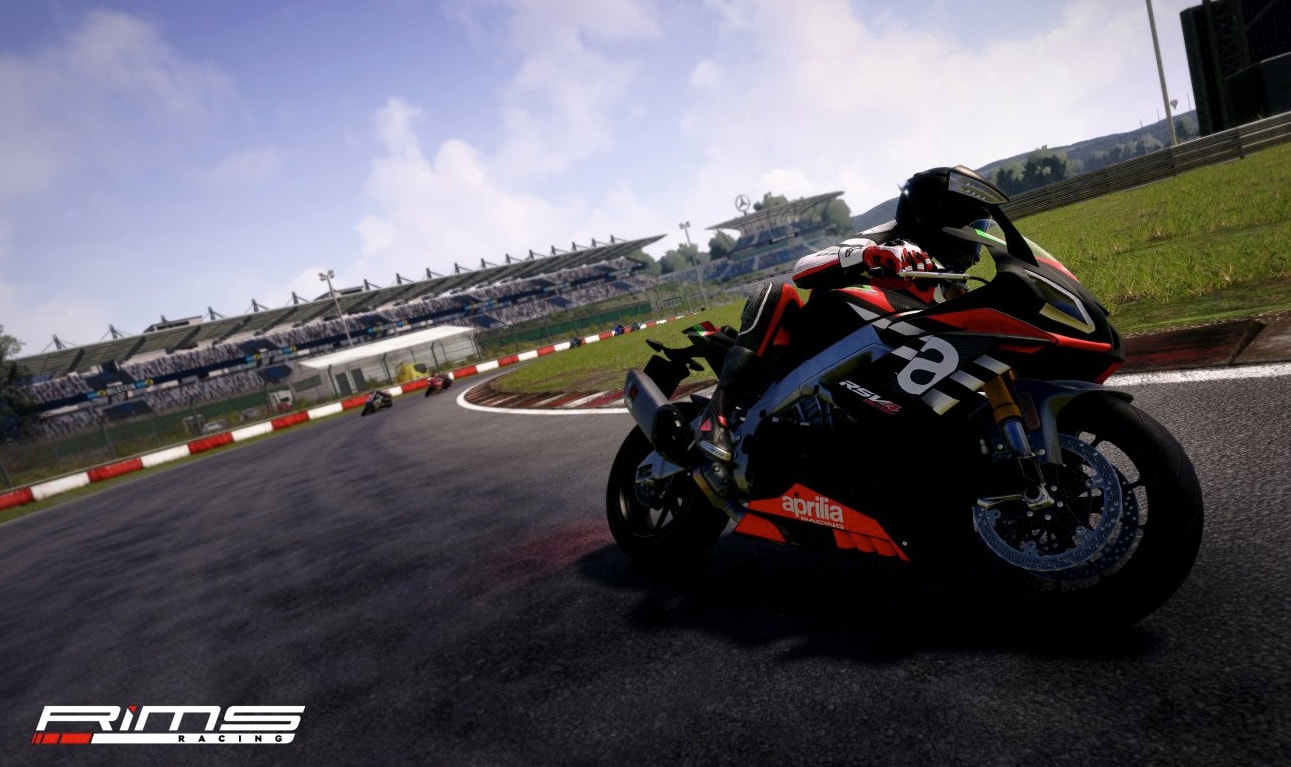 To offer maximum realism, RiMS Racing allows disassembling the motorbike into its individual components, leaving maximum freedom for players to create the best setup by choosing from over 500 official licensed components. The game provides an innovative motorbike physics system based on the condition of the motorcycle components (wearing by use and falls), players' riding style (entering corners aggressiveness, brakes and throttle management) and environmental conditions (ground type, temperature, grip). The extreme customization offered by the game highlights how every single component interacts with the others, contributing to the motorbike behaviours.
Tyres, discs, calipers, pads, suspensions, springs, air filters, exhausts, brake and clutch master cylinders, brake fluids, engine oils, ECUs, fairings... these are just some of the components that, with their own physics characteristics and behaviours, make up the motorbike mechanics in RiMS Racing.

The player uses different tools to identify the mechanical components that can be upgraded, such as the Motorbike Status Check (MSC), which provides a real-time analysis of the motorbike's status and performance. Players are at the controls and select, handle and integrate each required component in the driver’s HQ, in a brand-new gameplay feature. 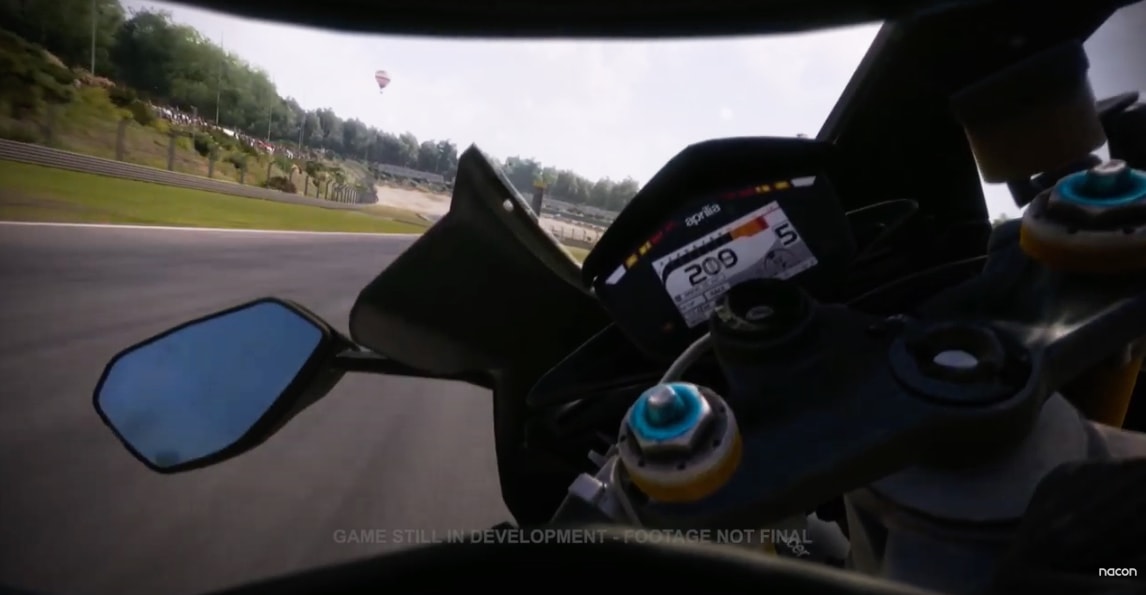 This gameplay demonstration premier takes players to Germany and Norway, highlighting two of the iconic locations reproduced in RiMS Racing: the official Nürburgring circuit, considered one of the most difficult by a large number of drivers and with a wide range of turns; and the breathtaking Atlantic Road, lying between the ocean and land.
RiMS Racing will be available on August 19, 2021 on PlayStation®4, PlayStation®5, Xbox One, Xbox Series X | S, PC and Nintendo Switch™. 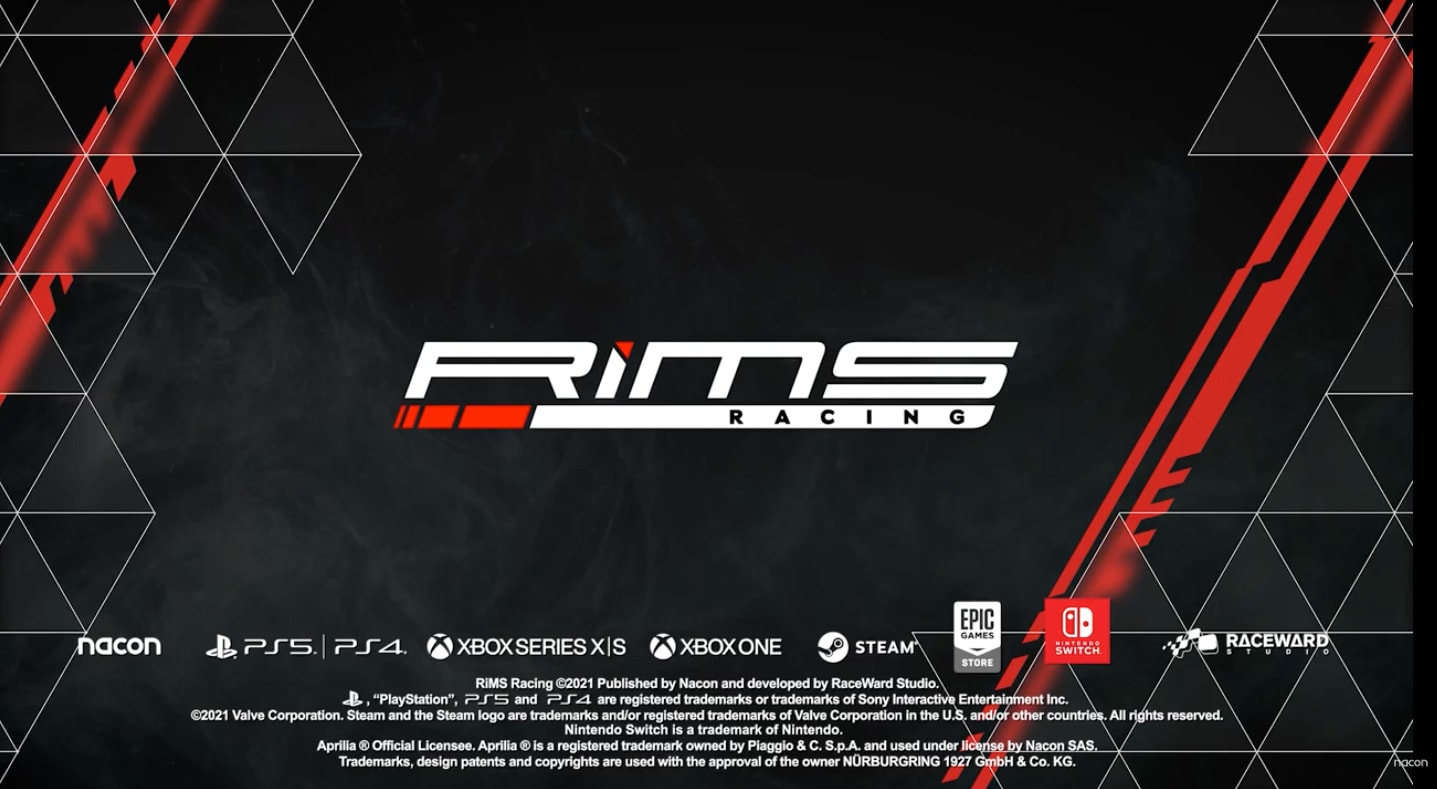