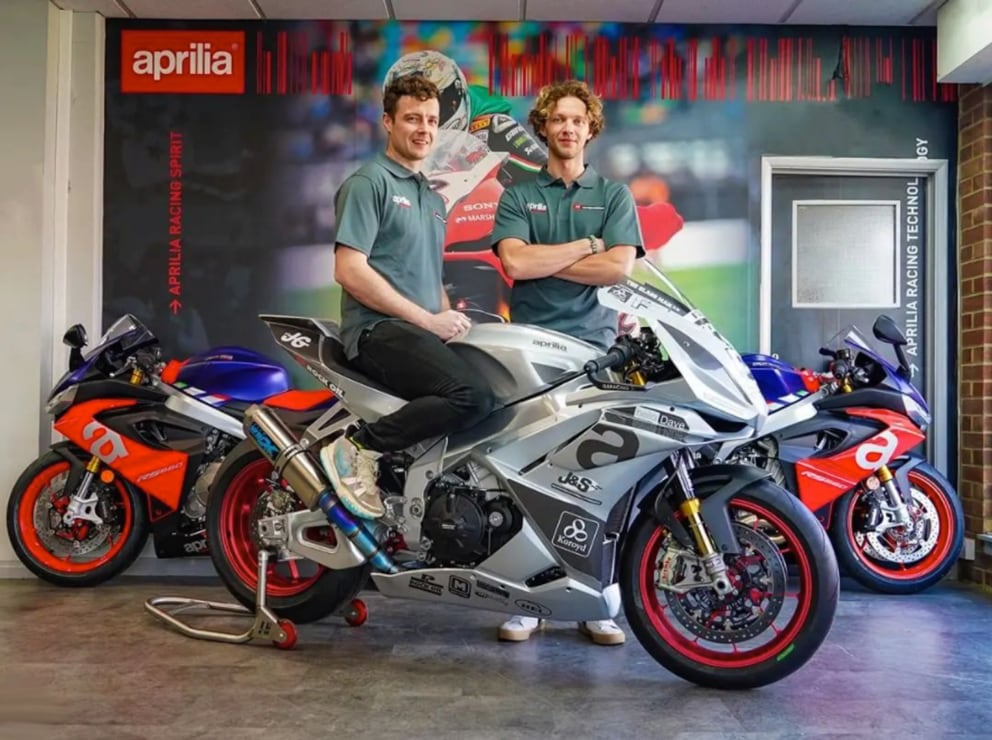 February 2022 – British team IN Competition Racing has signed Matt Truelove and Tom Ward for their 2022 Pirelli National Superstock Championship assault as they look to hunt down the top spot with the Aprilia RSV4 1100.
Truelove and Ward have been regular contenders in the Bennetts British Superbike paddock over past seasons and now join Ian Newton’s team, who maintain their long collaboration with Aprilia (thirty years), after beginning their association in 1992 by competing in the European and British Championships. This season they will continue to have the full support of Aprilia and Piaggio UK, as they bid to build on their fourth place from last season, but with far more ambitious expectations. 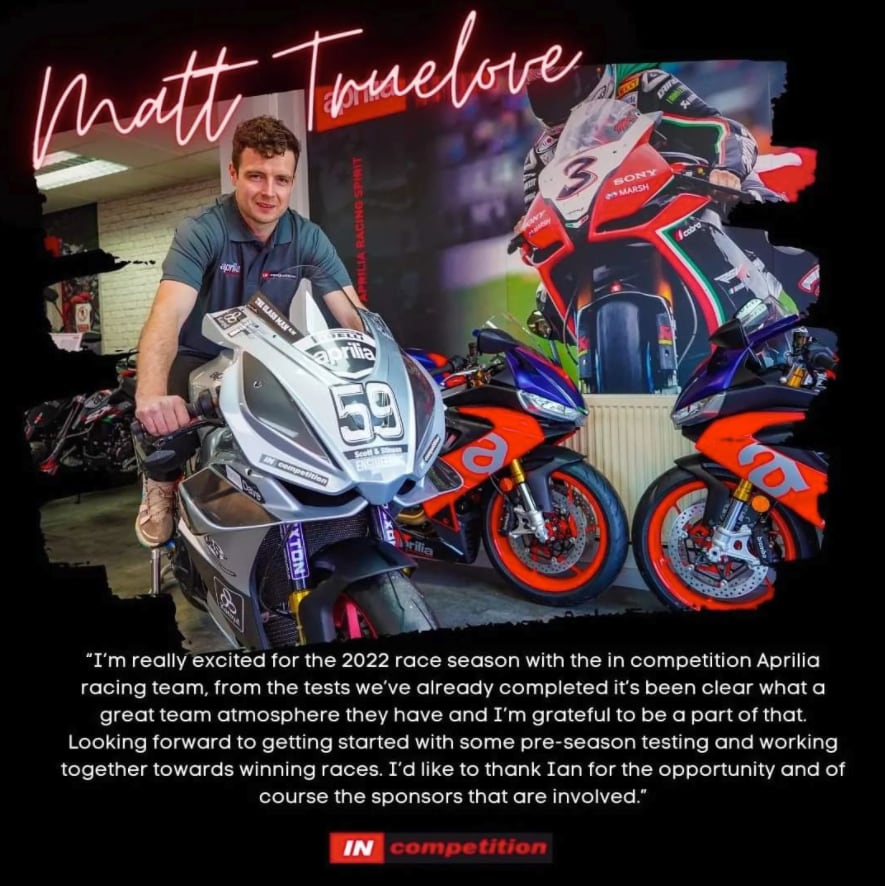 Matt Truelove (No. 59 bike) said: “I’m really excited for the 2022 race season with the IN Competition Aprilia racing team, from the tests we’ve already completed it’s been clear what a great team atmosphere they have and I’m grateful to be a part of that. Looking forward to getting started with some pre-season testing and working together towards winning races. I’d like to thank Ian for the opportunity and of course the sponsors that are involved." 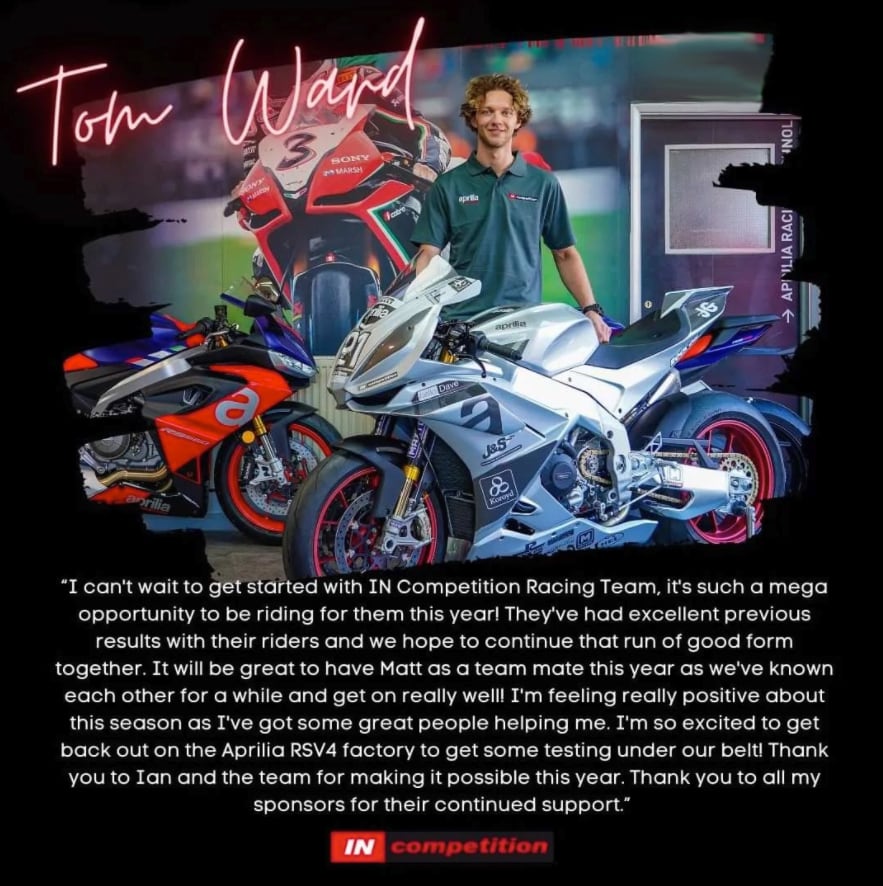 Tom Ward (No. 21 bike) said: “I can't wait to get started with IN Competition Racing Team, it's such a mega opportunity to be riding for them this year! They've had excellent previous results with their riders and we hope to continue that run of good form together. It will be great to have Matt as a team mate this year as we've known each other for a while and get on really well! I'm feeling really positive about this season as I've got some great people helping me. I'm so excited to get back out on the Aprilia RSV4 factory to get some testing under our belt! Thank you to Ian and the team for making it possible this year. Thank you to all my sponsors for their continued support.”
Team owner, Ian Newton, said: “I am delighted to have Tom and Matt come aboard for the 2022 season. After being consistent in making the top 3 and 4 championship positions we have one goal for this year and it is to win the National Superstock title and I have every faith that Matt or Tom can achieve this.”

The season promises great battles on the track. There will be about forty riders on the British Superstock 1000 grid astride bikes from the major manufacturers. IN Competition Racing Team, after earning their first wins, is aiming high, armed with competitive Aprilia bikes and two enthusiastic and experienced riders. The potential is there! And Aprilia fans can’t wait to see the RSV4 machines flying around the English circuits in their brand-new silver livery.

2022 CALENDAR OF TESTS AND ROUNDS FROM LATE MARCH TO MID OCTOBER:
www.britishsuperbike.com/calendar 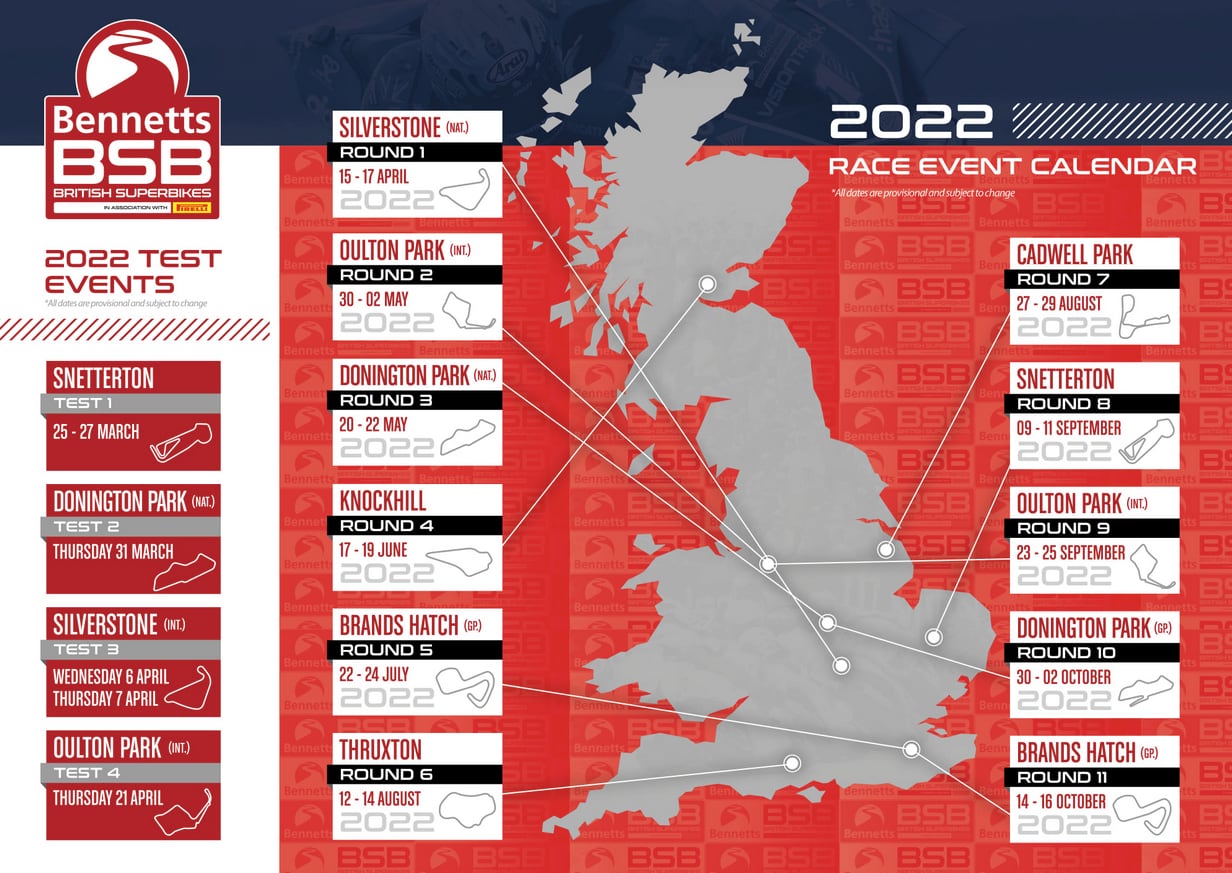