THE APRILIA 65° V4 WINS IN AUTOMOTIVE FIELD TOO 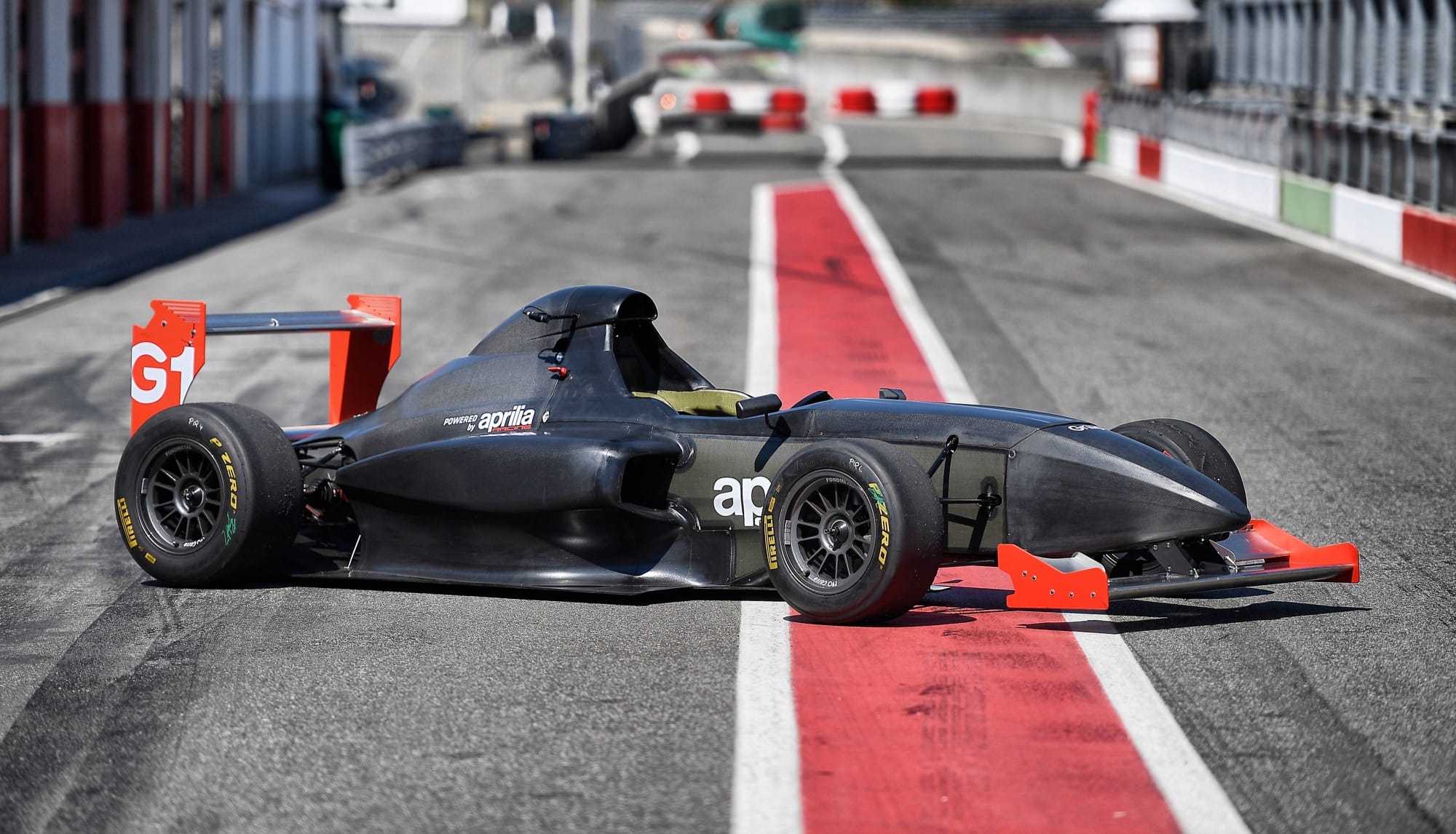 THE EXTRAORDINARY POWERPLANT THAT DRIVES THE RSV4 SUPERBIKE MADE ITS DEBUT WITH A WIN IN THE ITALIAN FORMULA X SERIES. POLE POSITION WITH RECORD AND VICTORY: YARIN STERN, AT THE WHEEL OF THE APRILIA POWERED GRIIIP G1 SINGLE-SEATER, TRIUMPHED AT VARANO DE’ MELEGARI. 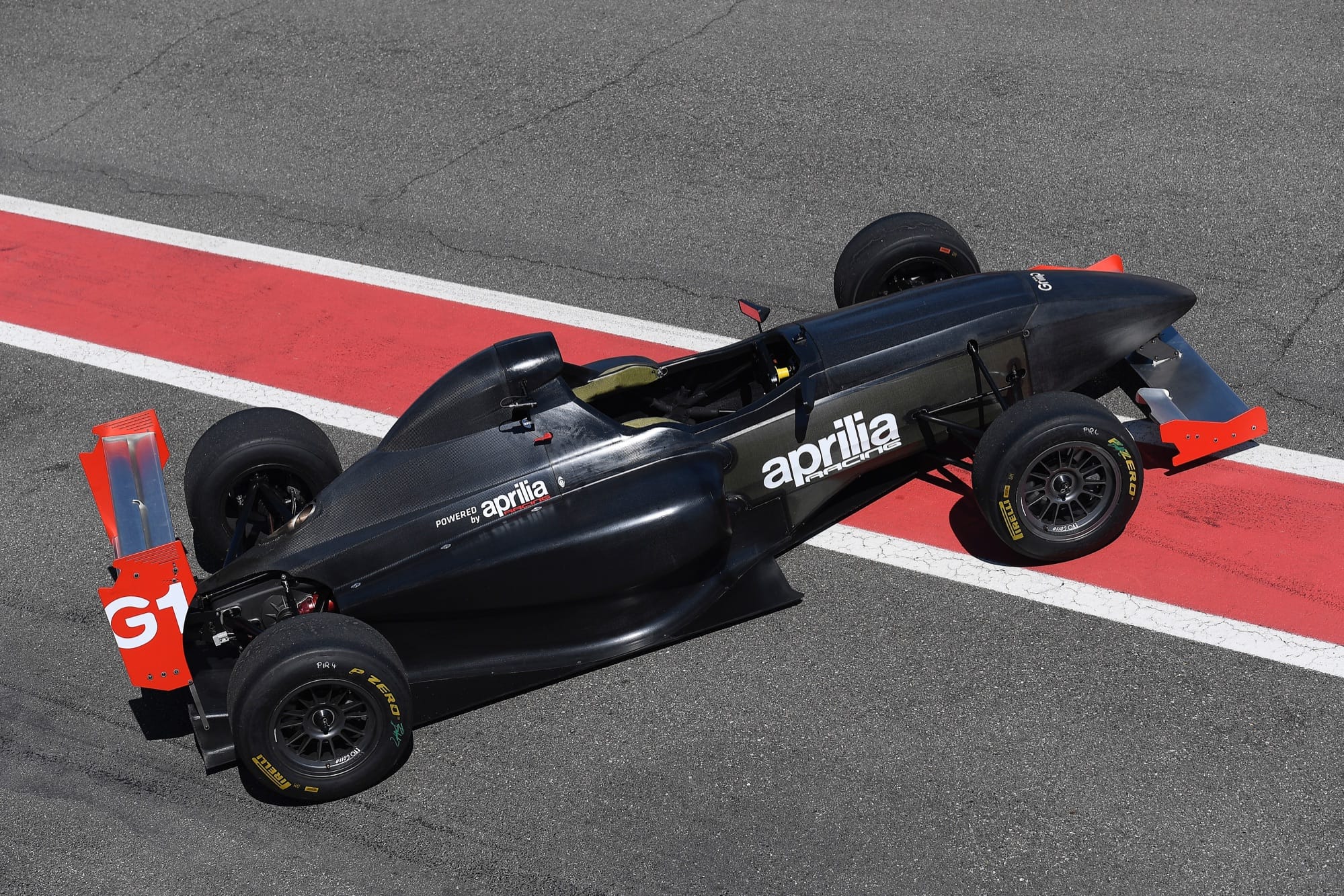 The extraordinary 1000cc Aprilia narrow V four cylinder that contributed to making the Aprilia RSV4 one of the most victorious bikes ever in the history of Superbike, and wrote an exceptional chapter in factory product history, made its debut in the car racing world and it did so in the best possible way: by winning. Powered by the Aprilia V4, the Griiip G1 single-seater began its adventure in the Italian Formula X Series on 4 June on the Varano de’ Melegari circuit. 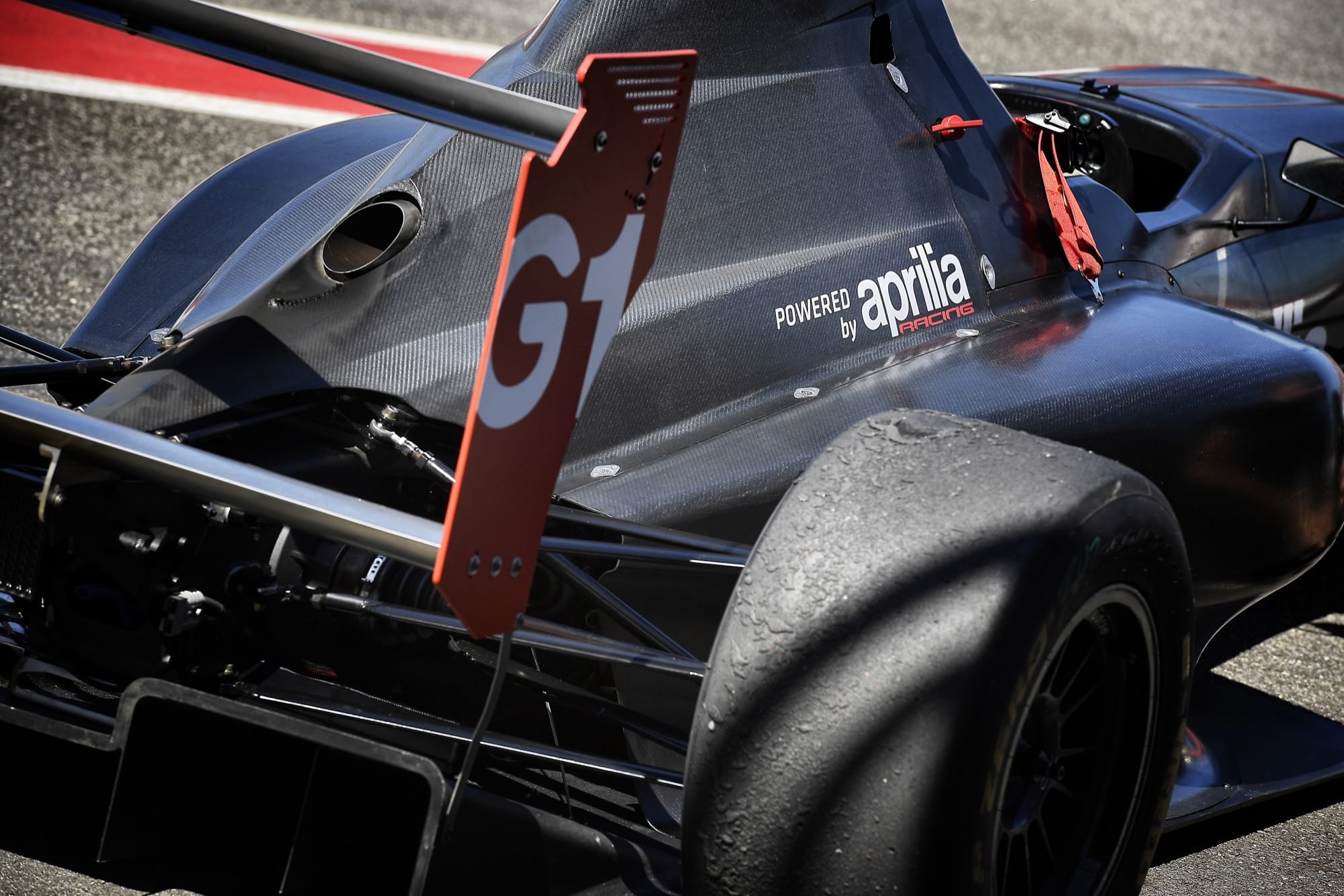 In the race, the victory was an exciting triumph: after a start that relegated him to tenth place at the beginning, Stern was protagonist of an exceptional comeback until taking the win with a pass on the final lap.

The application for the first time ever of a powerplant that is the only one of its kind in the world for configuration, with a 65° angle between the banks, a solution devised by the Aprilia Research and Development department as ideal for obtaining a benchmark chassis architecture to deliver exceptional performance, stems from the choice of the Israeli company Griiip to use it in their G1 single-seater and it confirms Aprilia Racing in the role of the Piaggio Group’s most technologically advanced platform, capable of transferring skills and innovation into the automotive field as well.

Made in Italy, the Griiip G1 is a single-seater with a tubular frame developed specifically to be fitted with a motorcycle engine and designed to provide a wider opportunity to fans who want to approach car racing, maintaining an extremely favourable cost/performance ratio. The unique nature of the project stems first and foremost from the longitudinal mounting of the V4 – with cardan final drive with differential – typical of open wheel racing vehicles, whereas these small single-seaters generally mount in-line engines transversally and with a chain final drive. 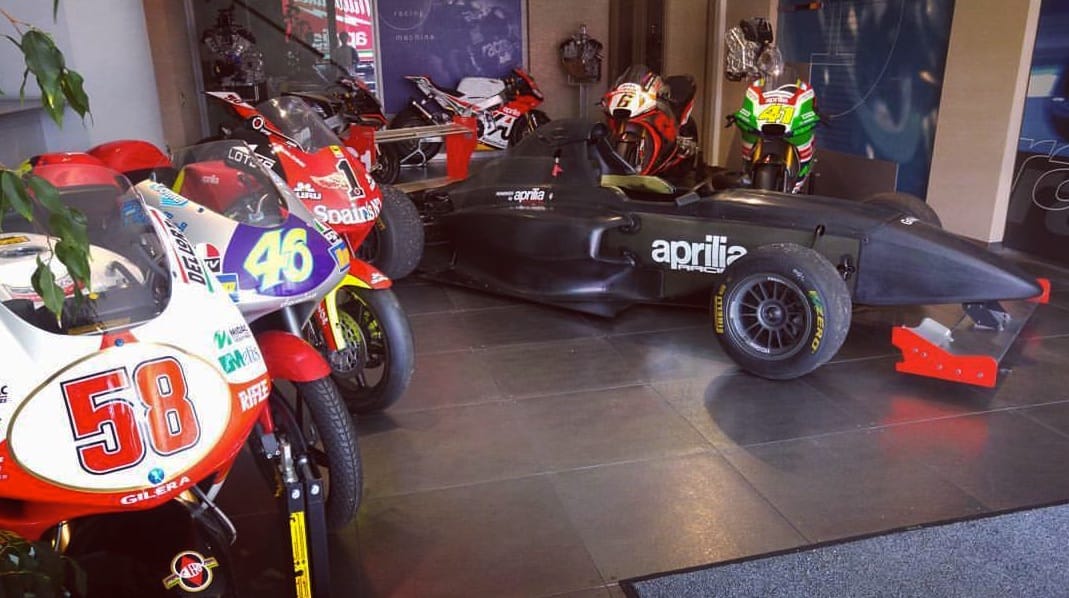 THE GRIIIP G1 POWERED BY APRILIA RACING IN THE RACING MOTORCYCLE SHOWROOM AT THE APRILIA FACILITY IN NOALE.

Engine lubrication and cooling are guaranteed even in the most critical conditions of high lateral acceleration on corners thanks to a dedicated system that implements an oil lubrication and recovery unit. The dynamic air intake with oversized airbox and the 4 in 2 in 1 exhaust system complete the application of the RSV4 engine in a racing car.

Together with Griiip, Aprilia Racing intends to continue developing this particular application, introducing engine upgrades until reaching the SBK configuration in order to increase the car's overall performance. Upgrades are also planned on the electronics front, in terms of both hardware and software, to adapt it to a strictly car racing use.

Griiip, who recently presented the G1 at LiveWorx in Boston, the global conference dedicated to technology and a marketplace of solutions designed for an intelligent and interconnected world, has plans to build another twelve single-seaters equipped with the V4 from Noale and they will continue to take part in the Formula X Italian Series, a championship open to single-seaters and Sport prototypes which intends to introduce a new concept of exciting low-cost automotive motorsport. 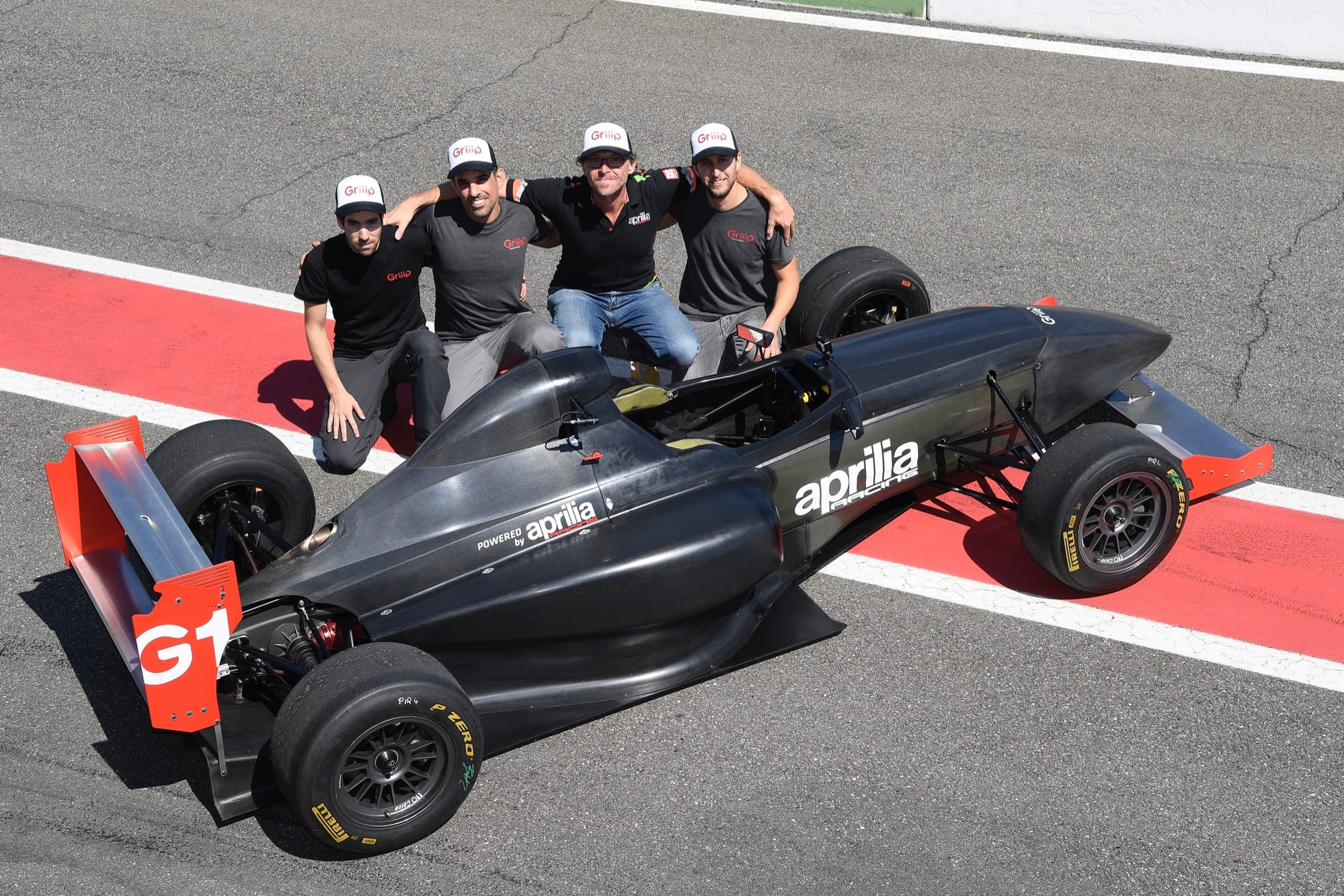 The great performance demonstrated by the G1 fitted with the Aprilia V4 further shows the outstanding versatility of an extremely compact and lightweight engine, capable of guaranteeing absolute top shelf performance.

This is a powerplant that, in its history, has allowed the factory product to dominate in comparative tests done by the specialized press all over the world, and has taken seven championship titles in World Superbike, with another double win – in the 2015 season – of the Rider and Manufacturer titles in the FIM CUP Superstock 1000. It has even competed in the MotoGP World Championship in the pneumatic valves version. (Noale, 15 June 2017). 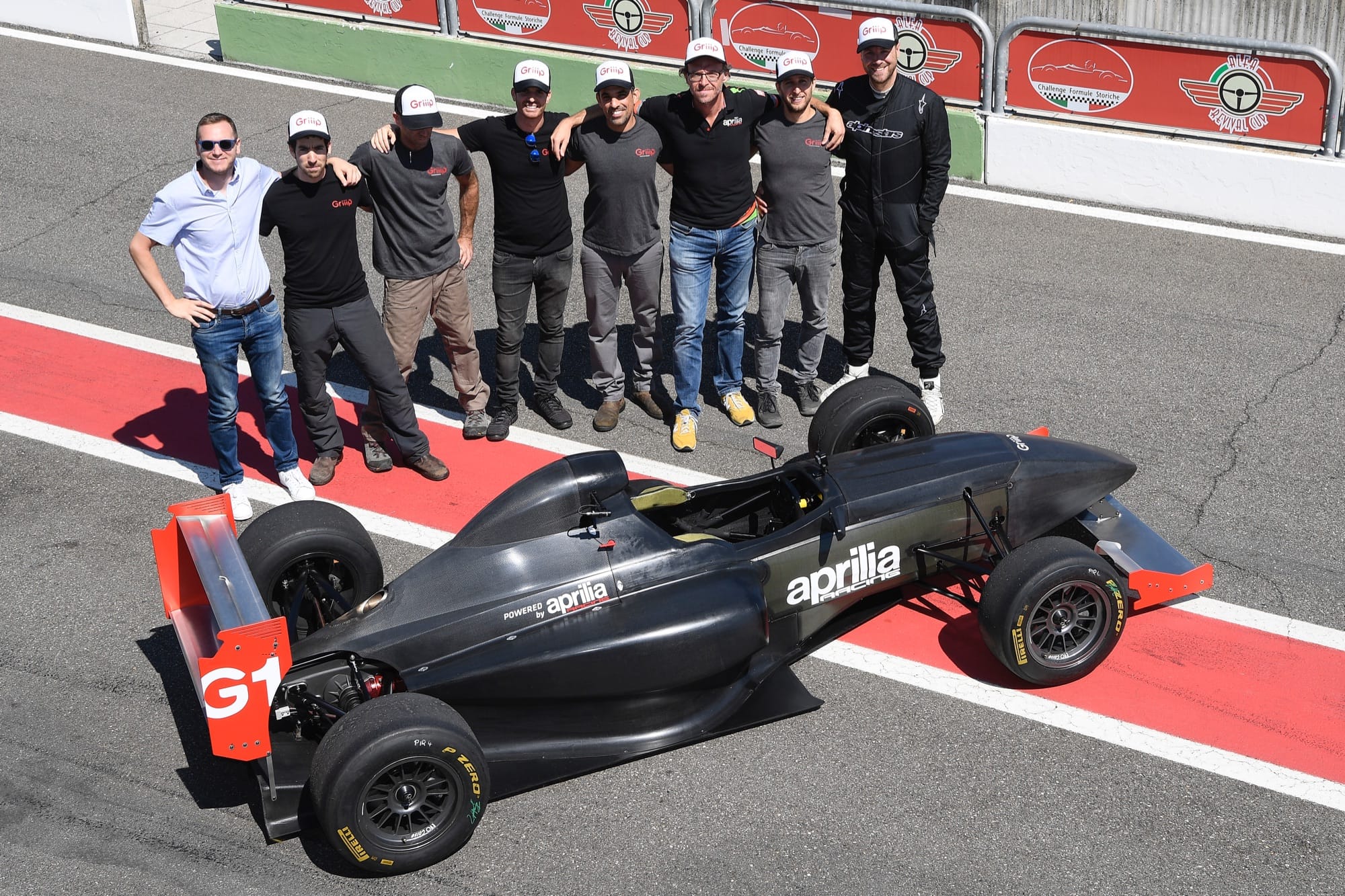 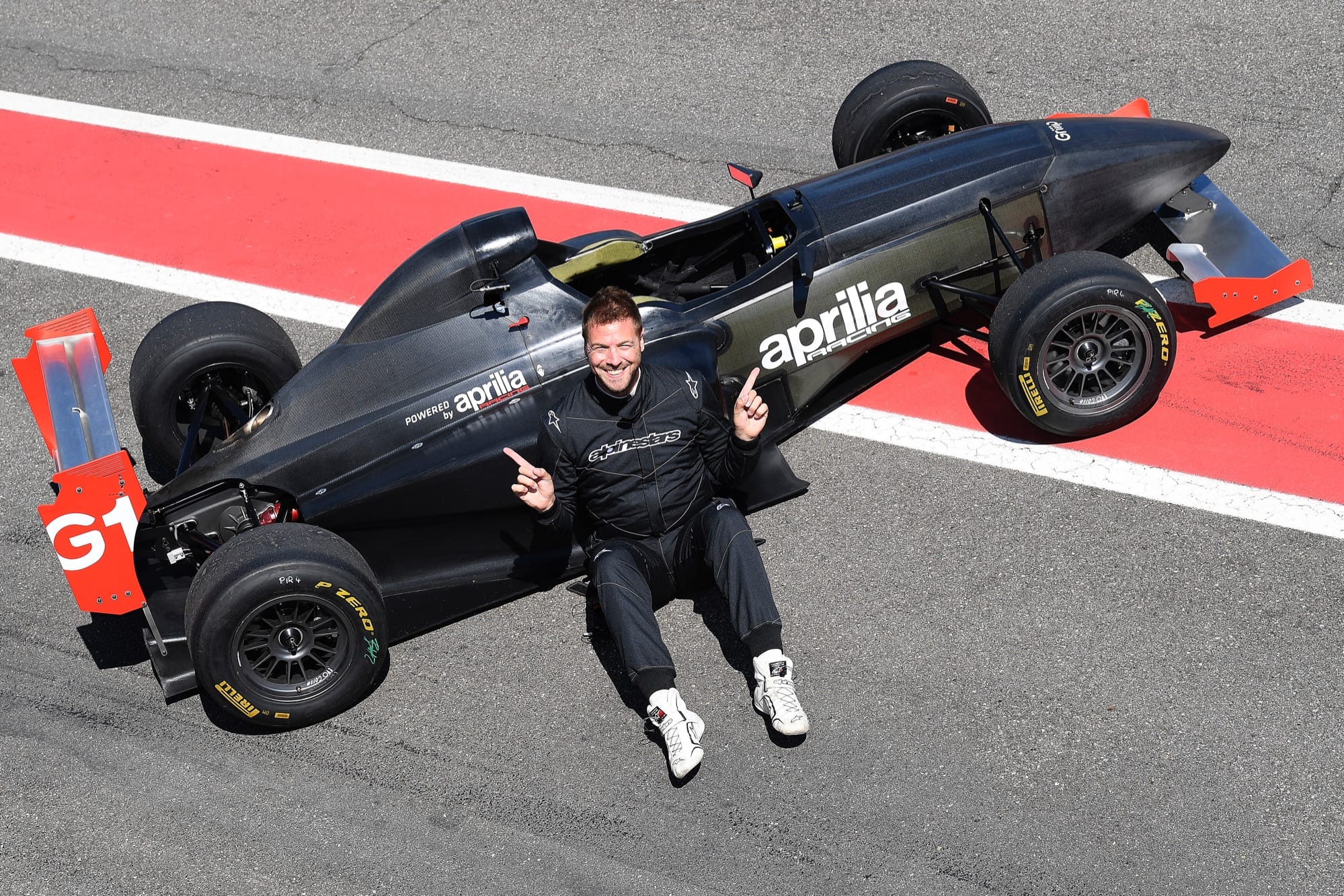 The test was held at the Varano de’ Melegari circuit: the two journalists had the chance to complete a number of test runs at the wheel of the single-seater powered by the Aprilia RSV4 1000cc V4. Both Perucca, a tester for one of the most popular automobile websites, automoto.it, and Remondino, a reporter with the well-known Autosprint motor-racing weekly, admired the car’s high construction quality and the light weight, responsiveness and power of the engine. 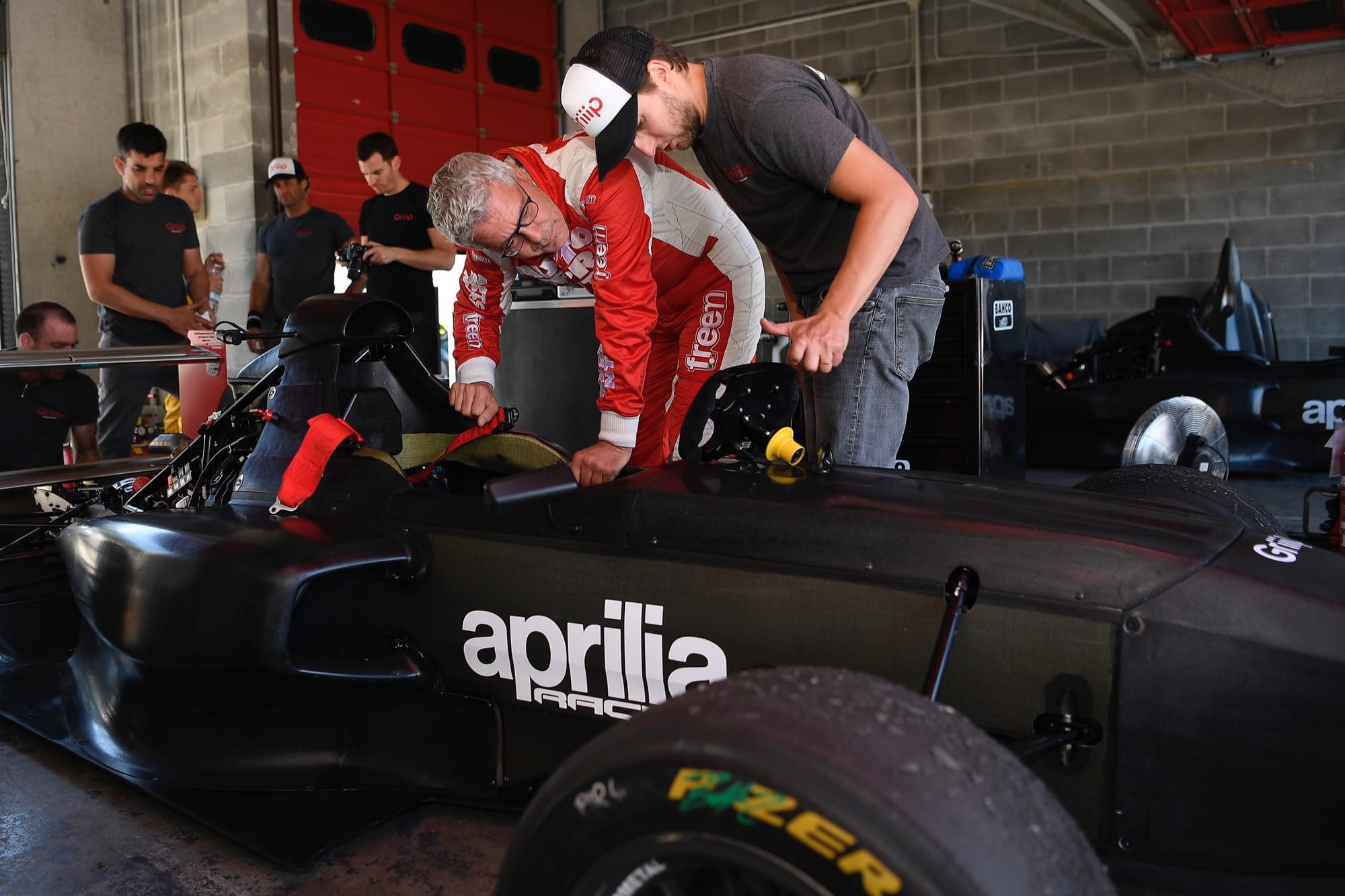 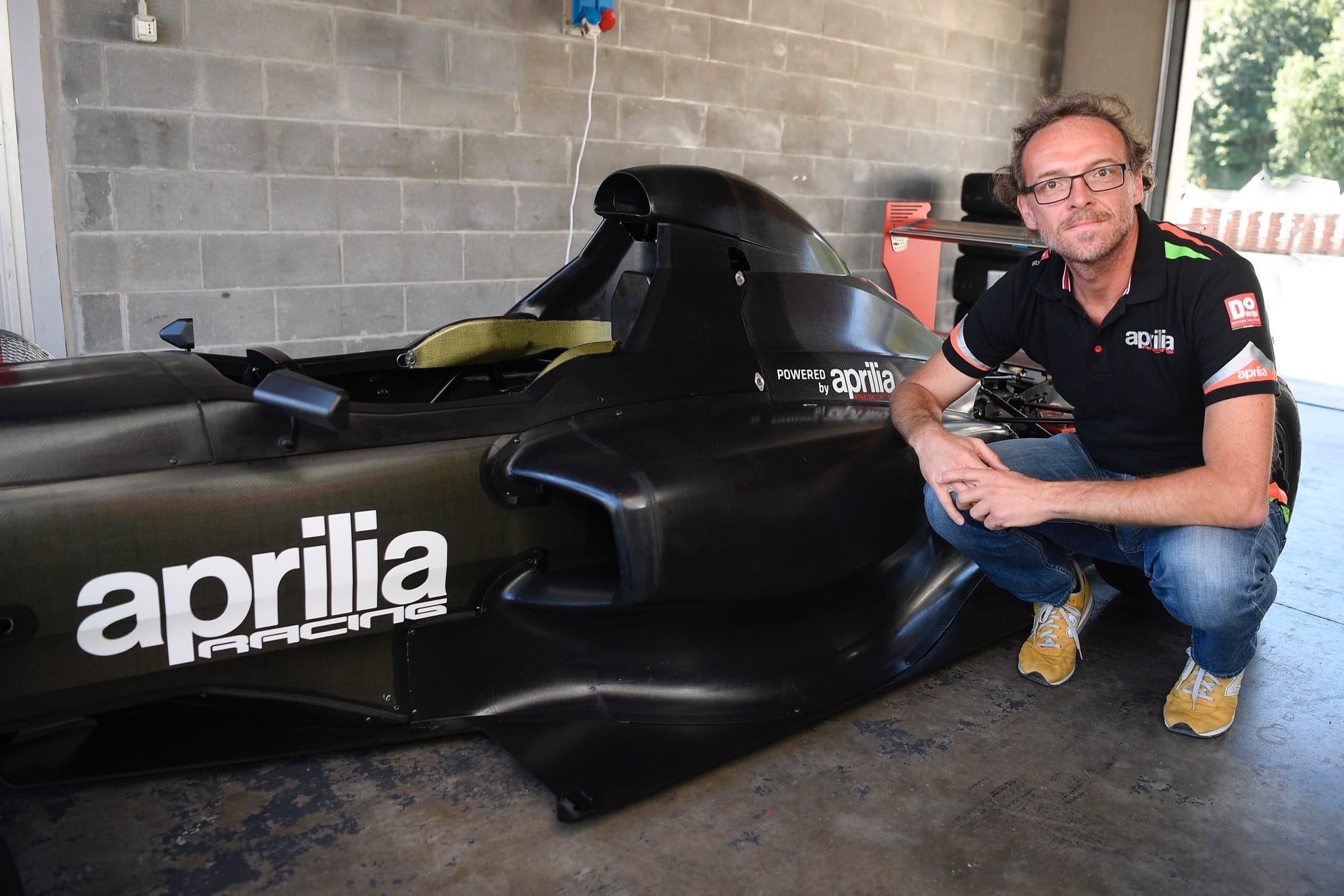 Also present at the test was Aprilia Racing powertrain development manager Mario Uncini Manganelli, who took the single-seater out for a few laps.