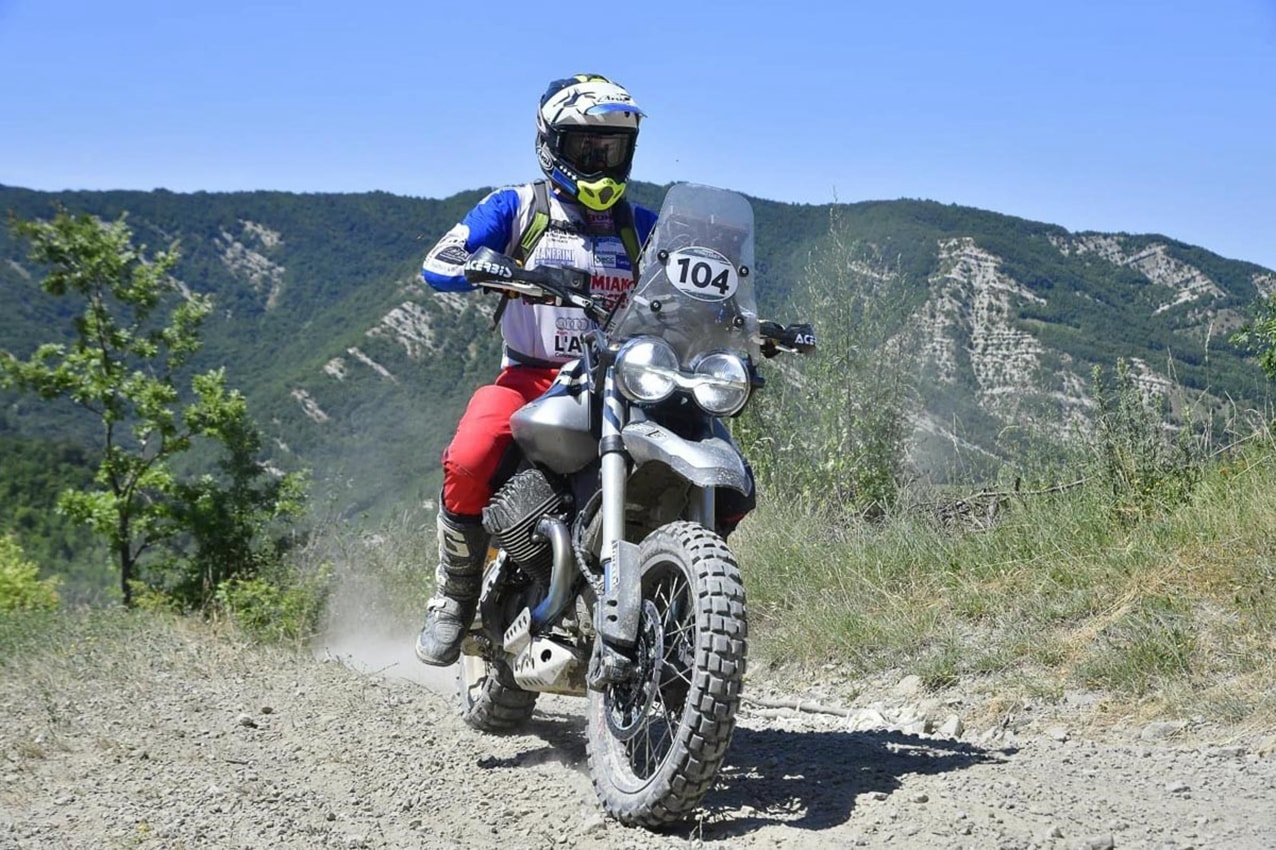 PREPARED BY THE GUARESCHI BROTHERS, V85 TT RALLY BY GCORSE TAKES NINTH AND EIGHTH PLACE WITH FRANCESCO MONTANARI, GIVING MUCH MORE SPECIALISED BIKES A RUN FOR THEIR MONEY. NEXT AND FINAL ROUND: SPOLETO, FROM 16 TO 18 SEPTEMBER 2021. 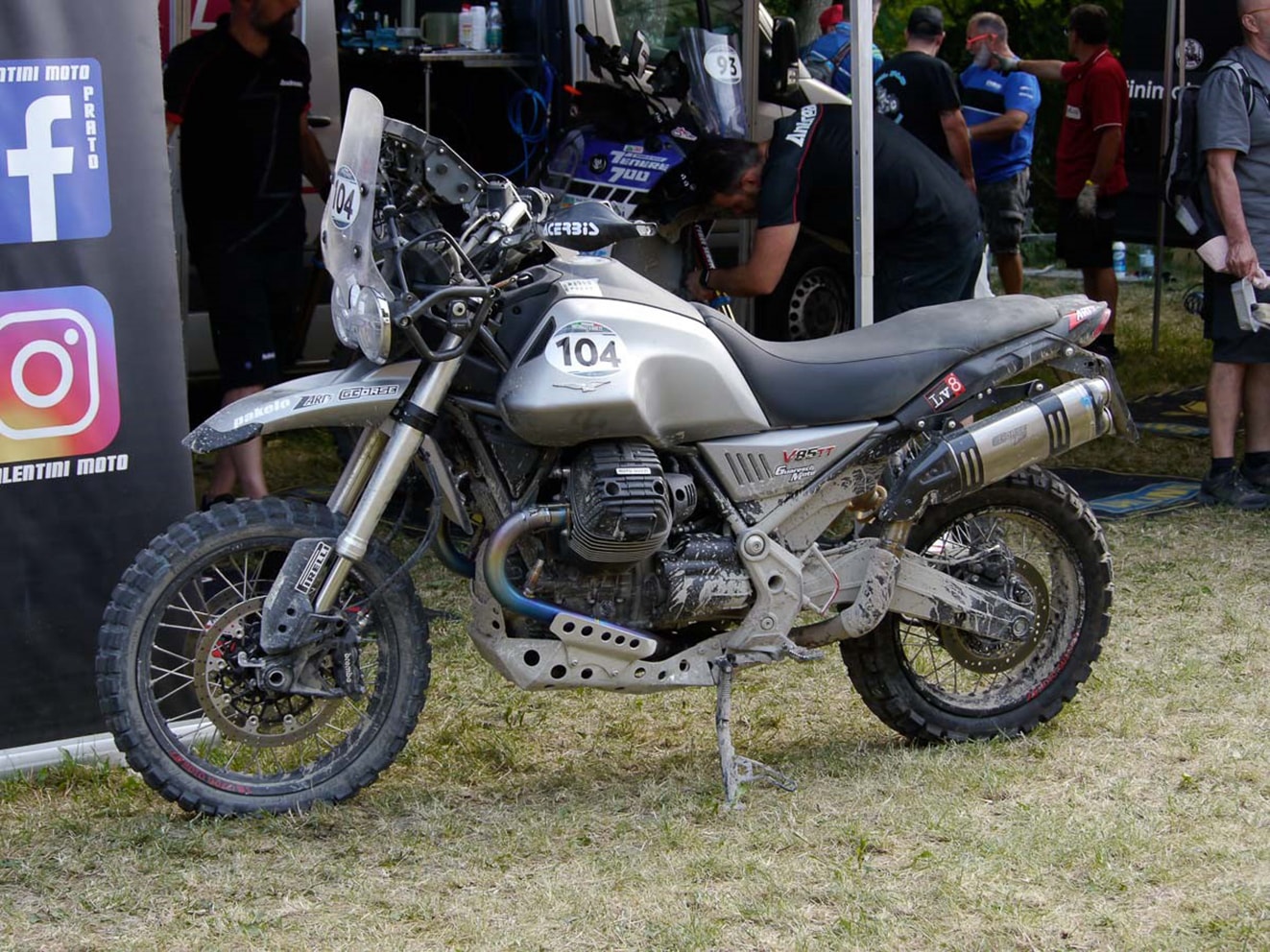 Italy, August 2021 - Moto Guzzi V85 TT, the classic enduro from the Eagle brand dedicated to touring, showed everyone what it is capable of in off-road use on the occasion of the 5th and 6th round of the Italian Motorally Championship on 10 and 11 July in Pellegrino Parmense. All thanks to historic Moto Guzzi tuners Gianfranco and Vittoriano Guareschi, the brothers who transformed the “small” V7 III into the extremely fun racing bike that has been the protagonist of the Moto Guzzi Fast Endurance single-brand Trophy since 2019. 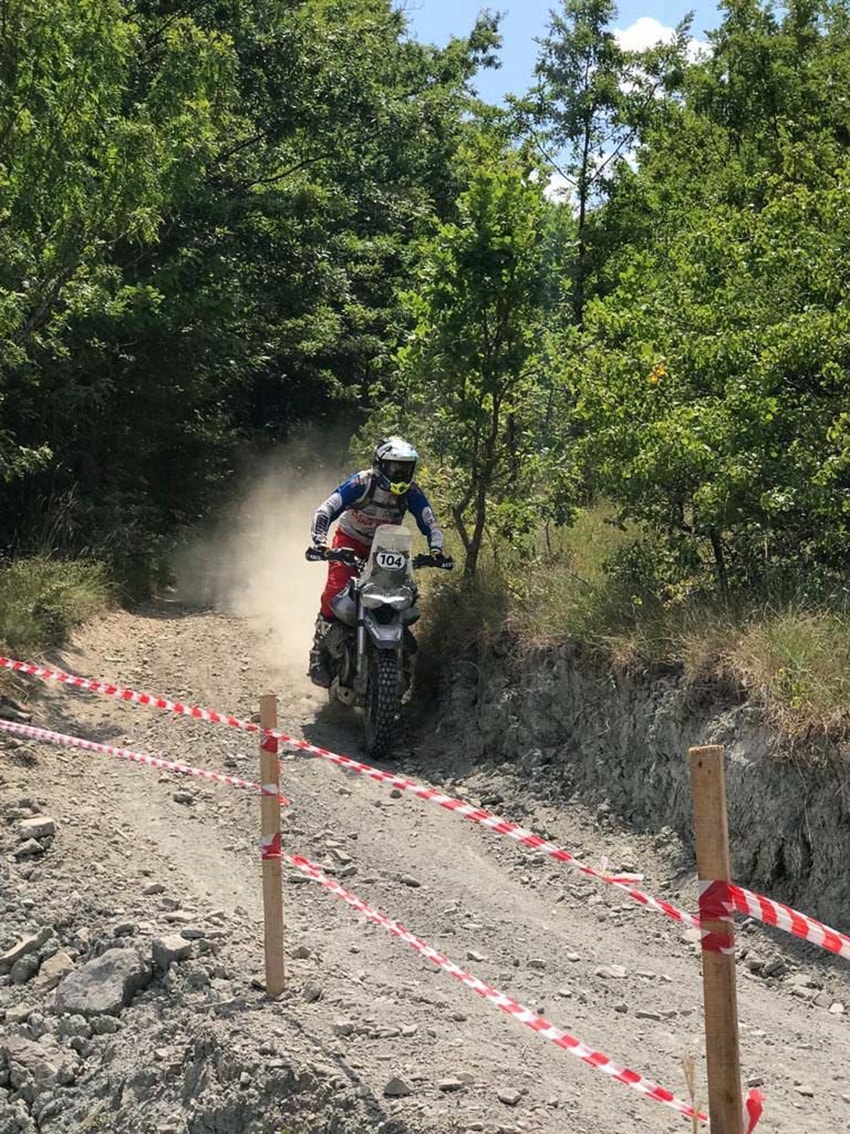 For its début in this type of competition, and in a fiercely competitive championship where the best Italian riders are on the course, accustomed to tackling demanding rally raids like Dakar, the Moto Guzzi V85 TT Rally by GCorse, ridden by young rider Francesco Montanari, performed respectably, finishing both races and taking eighth and ninth place. 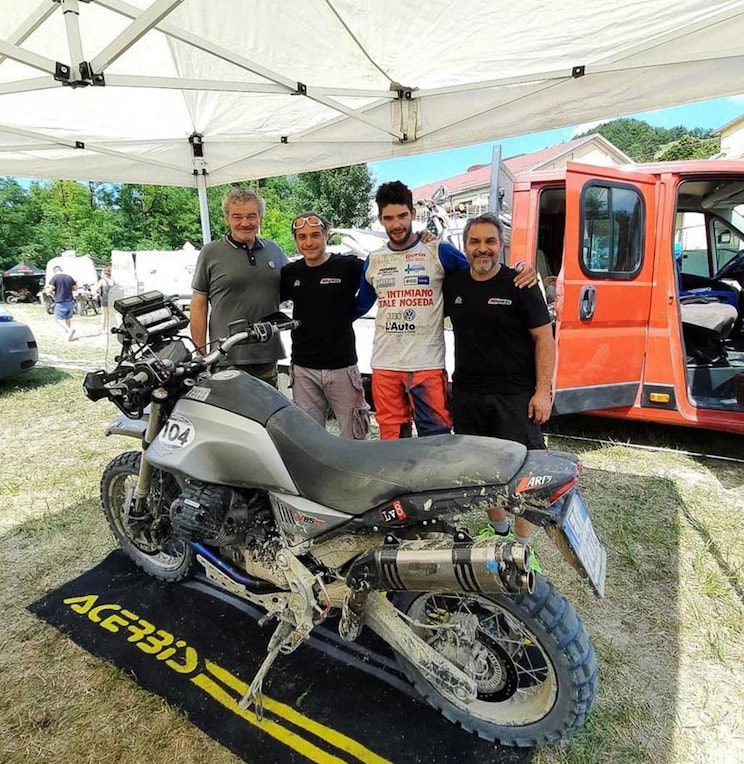 It was a début decidedly beyond expectations which demonstrates the outstanding stability and reliability of the V85 TT which, which just a few targeted modifications, gave much more specialised bikes a run for their money. The changes made by the Guareschi brothers involved, first and foremost, the addition of guards such as a large undersump/engine guard and aluminium hand guards, the creation of a roadbook and tripmaster mount, and a straighter saddle in motocross style. On the technical side, the exhaust was replaced with a titanium Zard element, Andreani fork cartridges and a custom-made Öhlins shock absorber were adopted. The original wheel rims were shod with Pirelli Scorpion Rally STR tyres with mousses and two Biting Performance 290 mm brake discs on the front with reduced band in order to reduce potential problems with rocks. 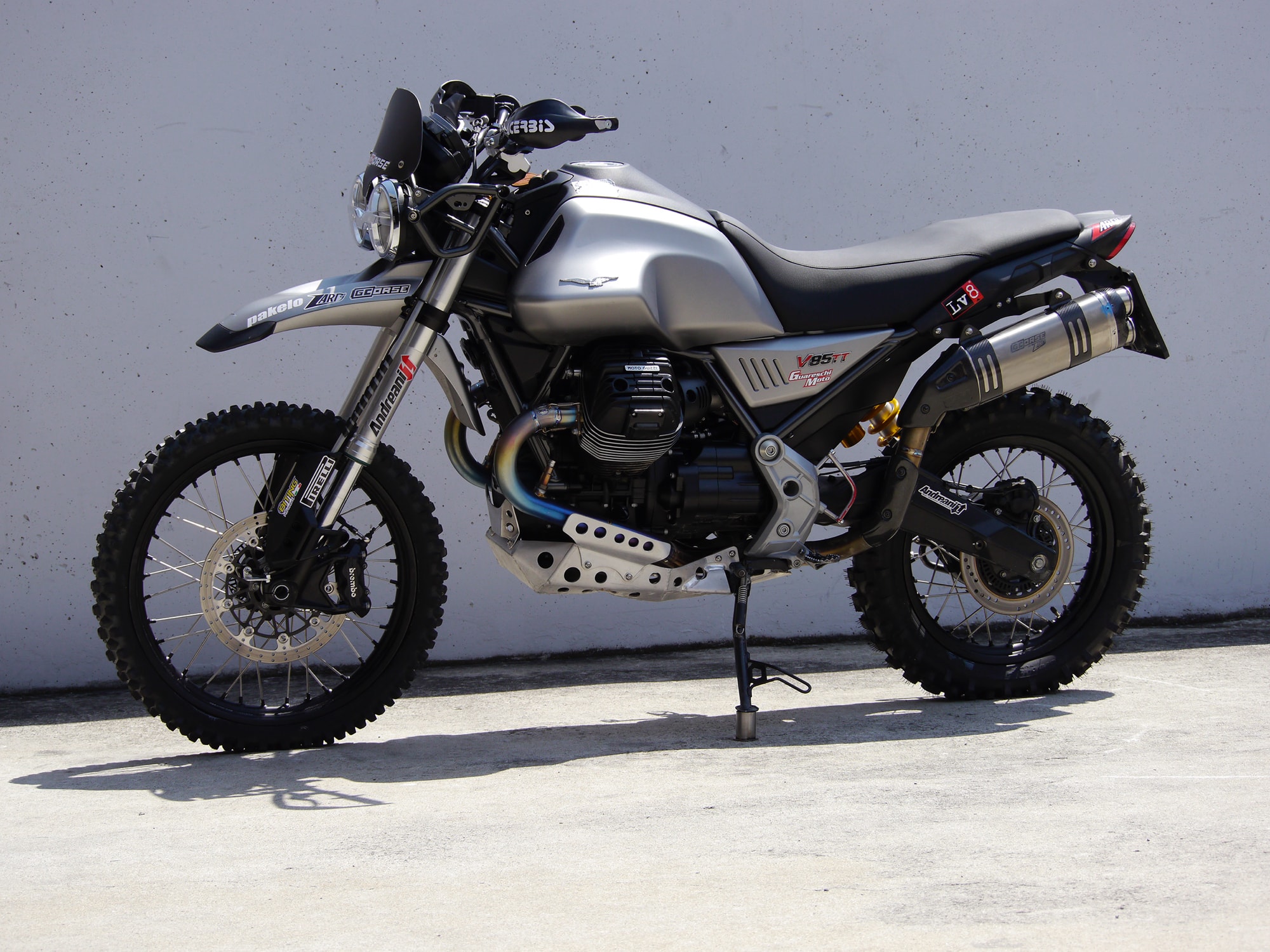 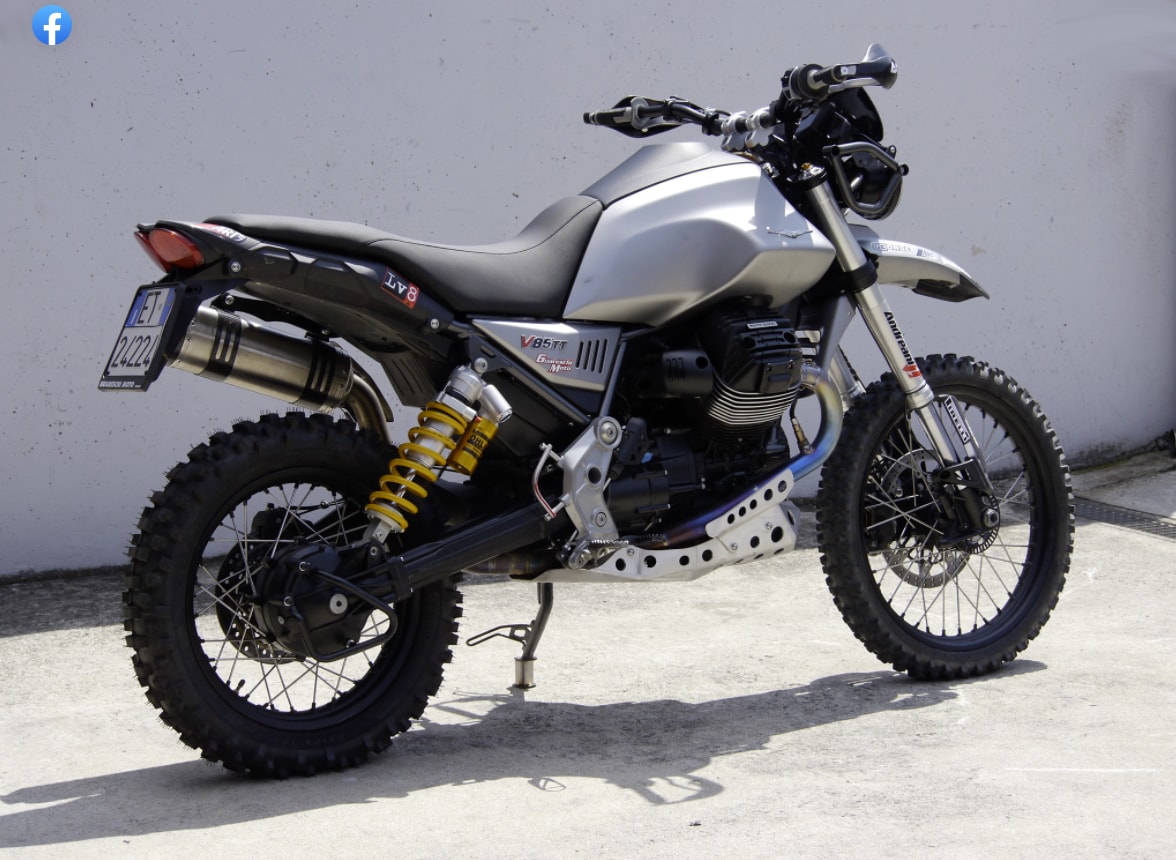 But the V85 TT Rally’s off-road adventures have only just begun. In a new, even more modified version the Guareschi brothers call the V85 TT Baja (photo above) - with more motocross sized 21”-18” wheel rims instead of the factory 19”-17” rims, and with longer-travel suspension - the best seller from Mandello by GCorse will also be on the starting grid of the Scrambler Trophy, Maxienduro class, in Guastalla on 28 and 29 August. This round will be an important test in view of the final round of the Italian Motorally Championship, scheduled to be held in Spoleto from 16 to 18 September 2021.